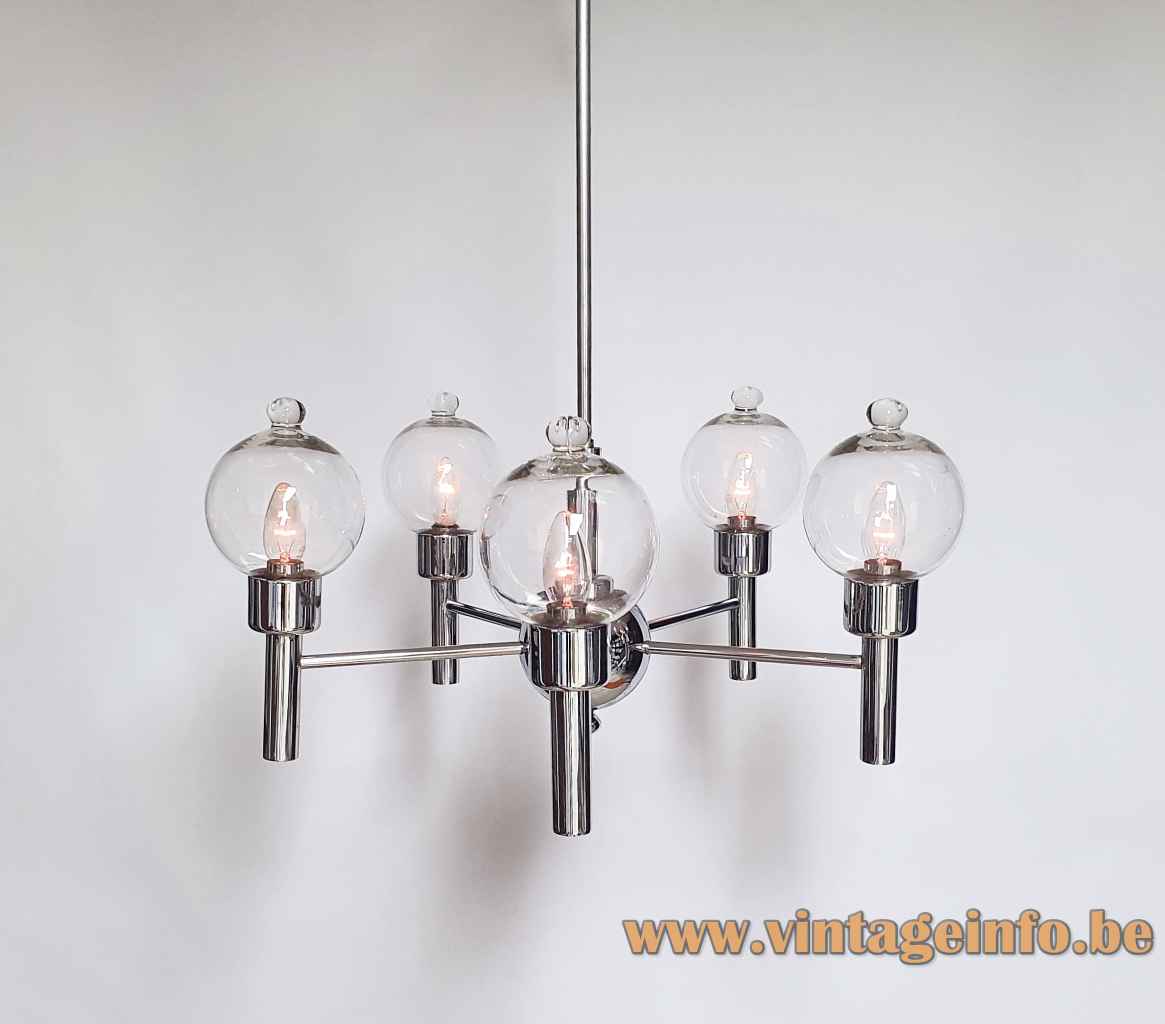 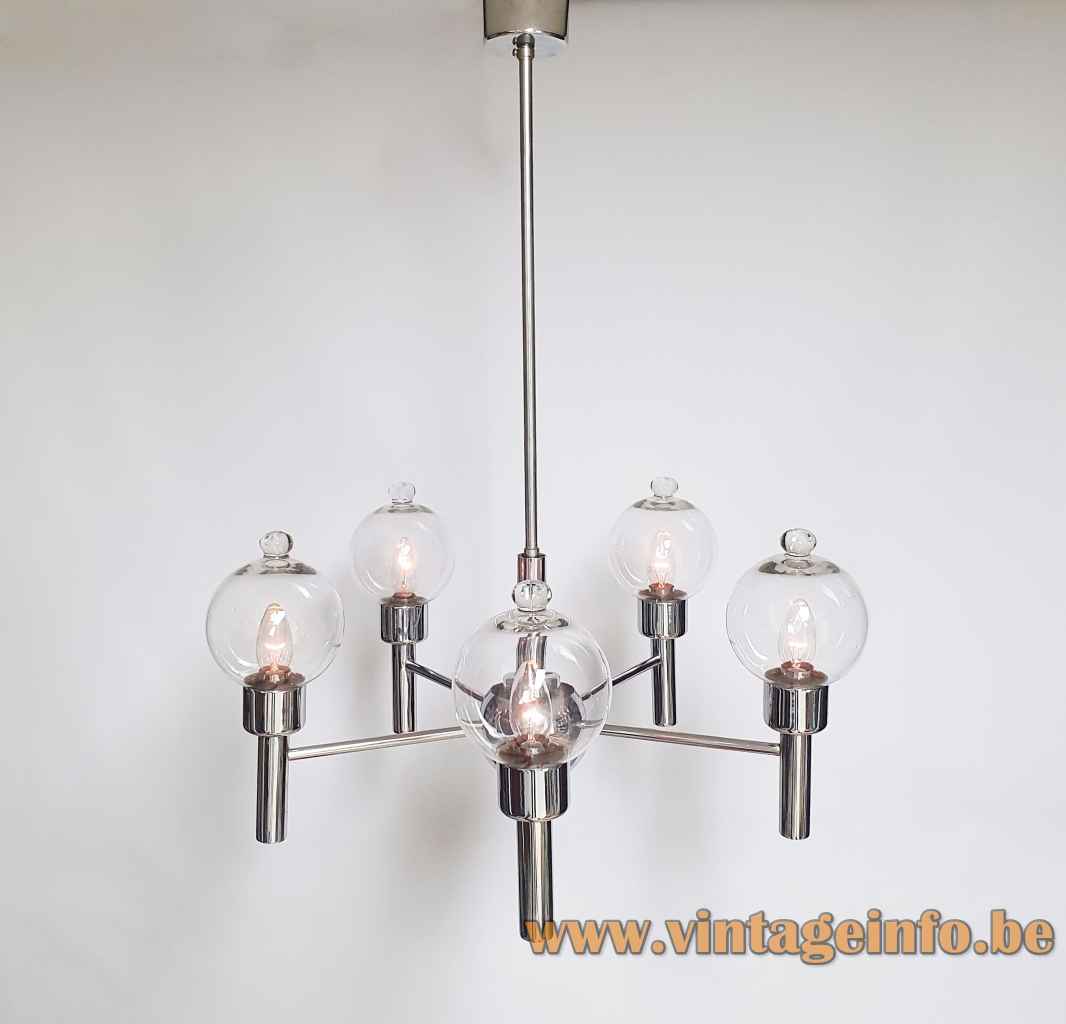 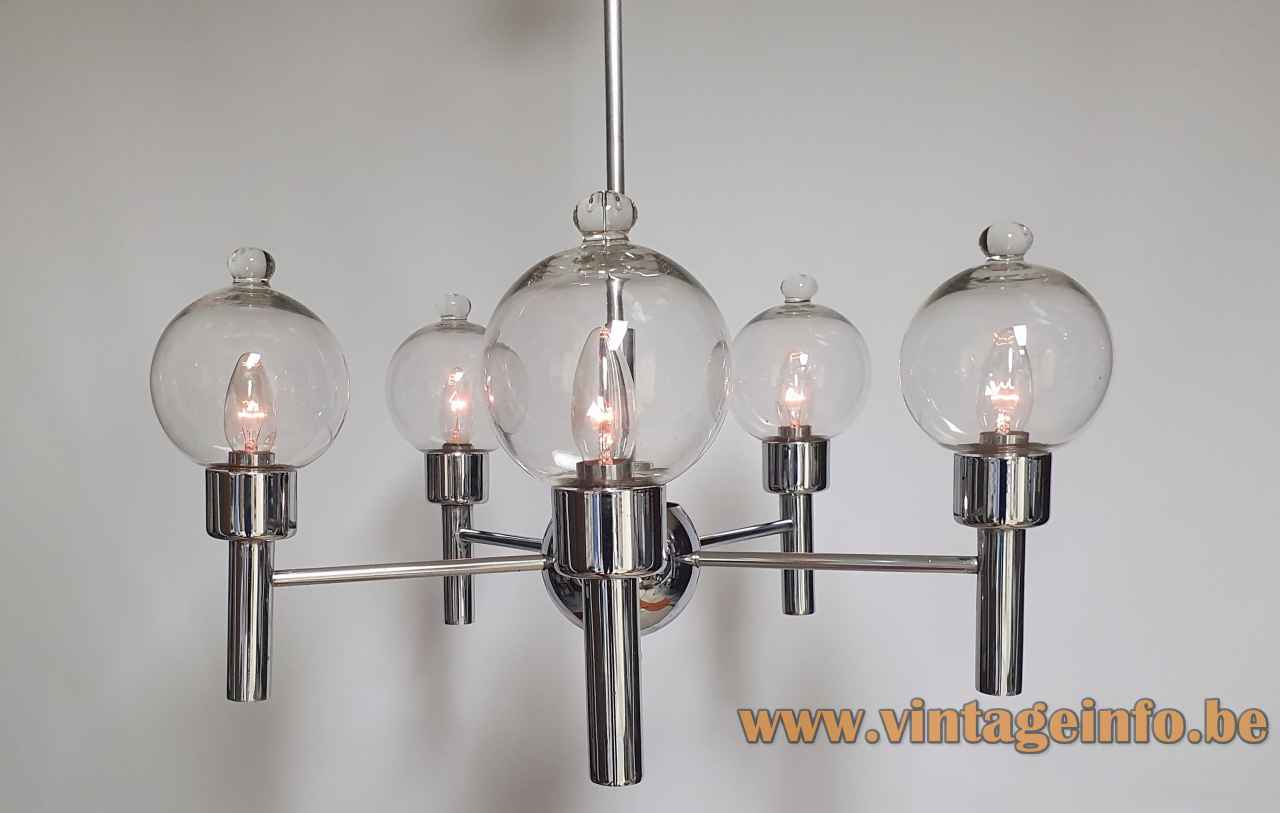 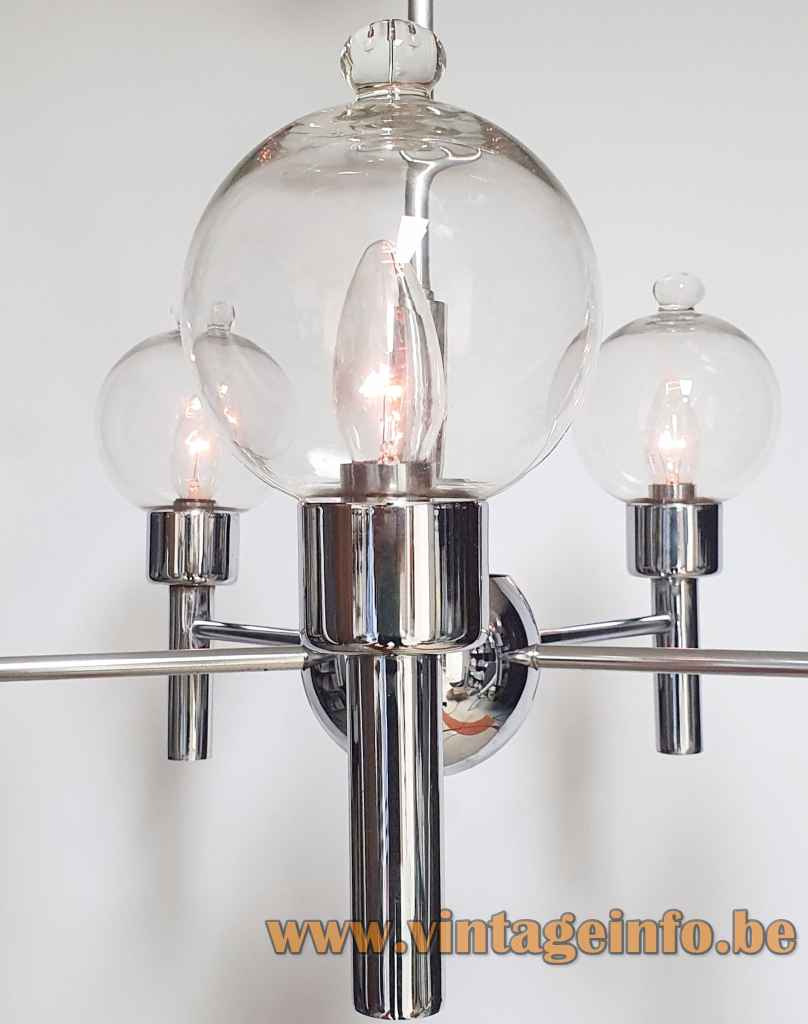 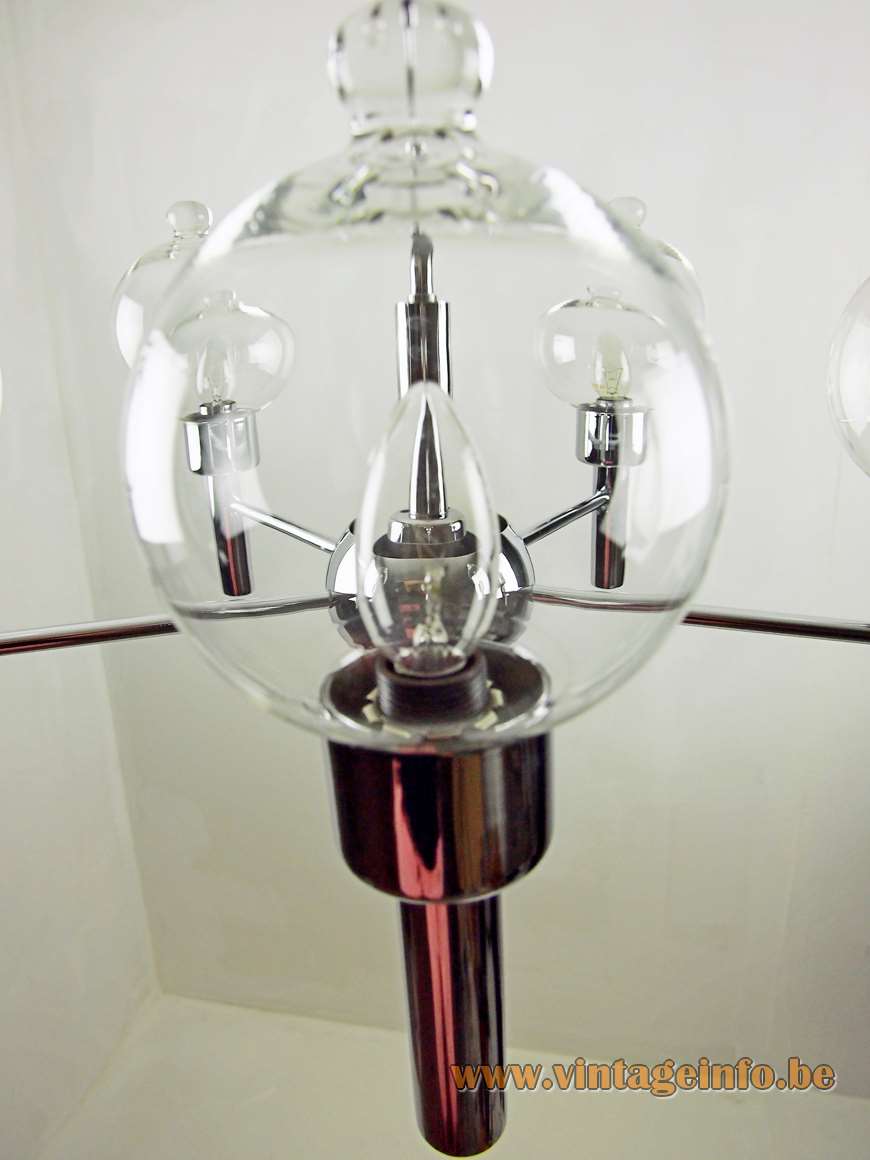 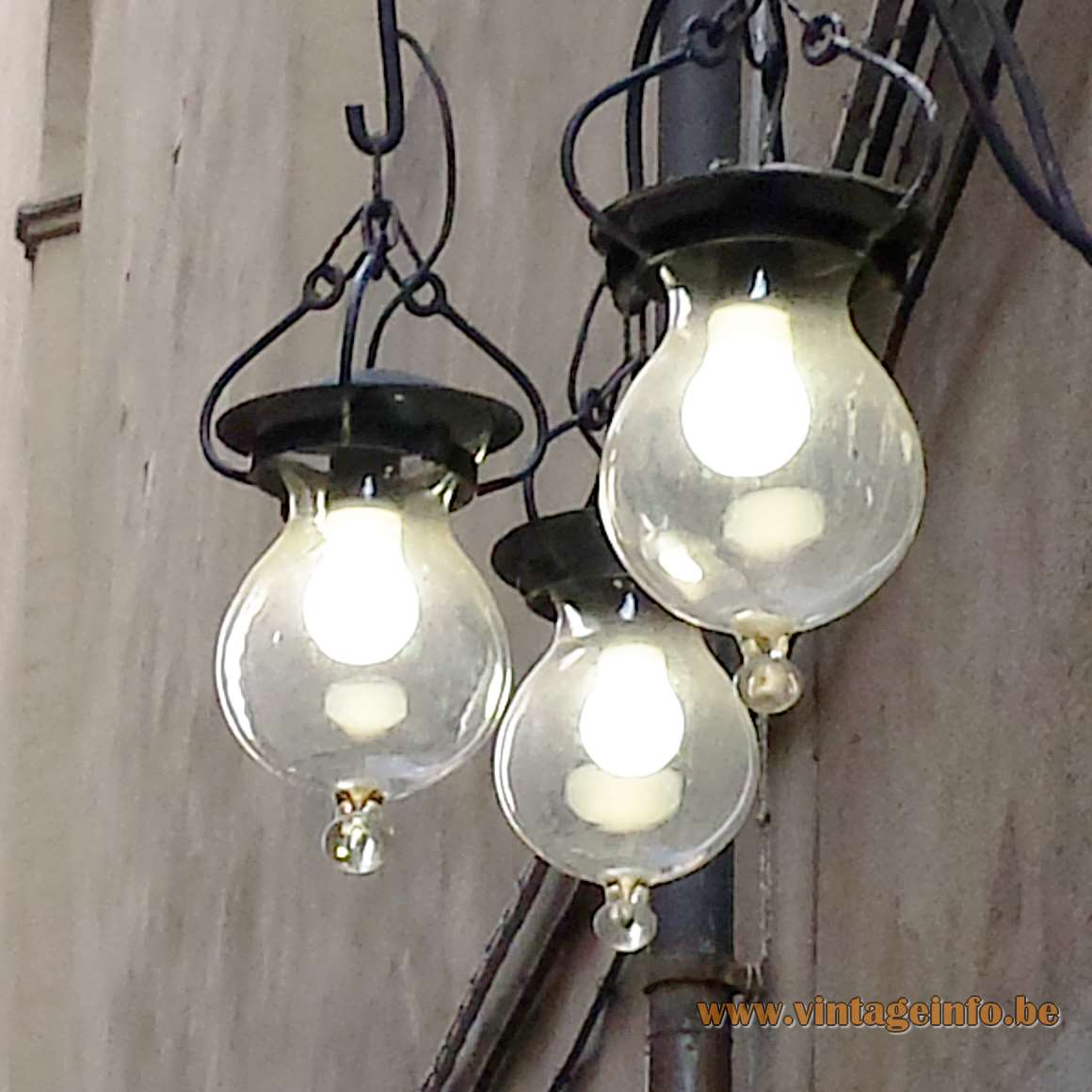 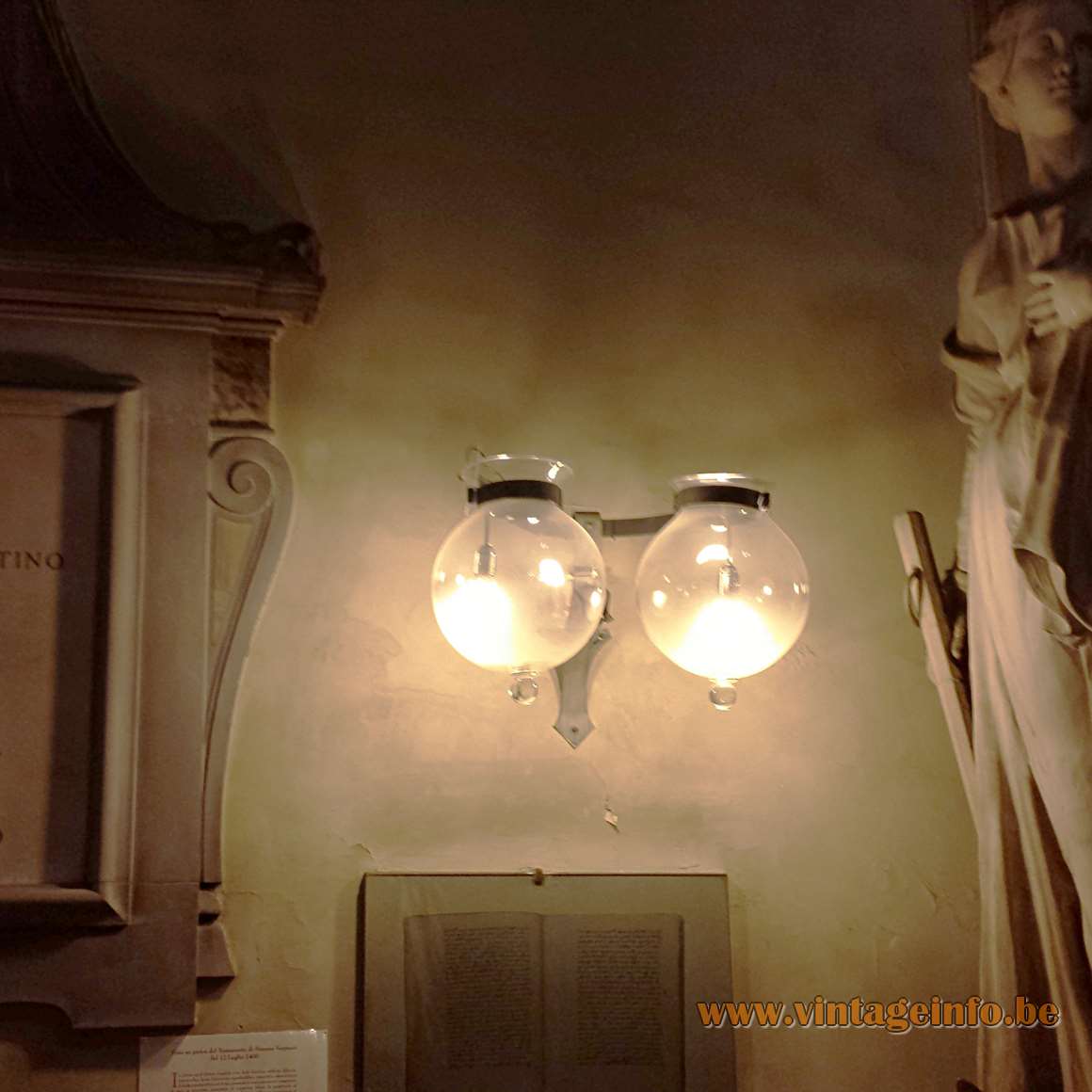 Website of the museum of healt – virtual museum tour!

These type of lamps appear very often in buildings and streets in the Italian city of Florence, Italy. Below are some examples of lights that probably were first made more than 100 years ago. The wall lamps and a chandelier are to be seen in the hospital church “Ospedale vecchio di San Giovanni di Dio“ (Old Hospital of St. John of God) in the Borgo Ognissanti 20 (street) in Florence. (photo 1 & 2)
Today the church is part of the museum of healt, the “museo della sanita“.
A very interesting building where you can see old hospital machinery and tools; the entrance is free.

In the 1960s Raak Amsterdam produced lamps with the same droplet idea, the “High Chaparral” (B-1052 – C-1622) lamp. Made as wall lamp, pendant lamp and sconce. Pictures are taken from the 1968 catalogue 8. (photo 3 & 4) Several other light companies produced lamps in this style around that time. 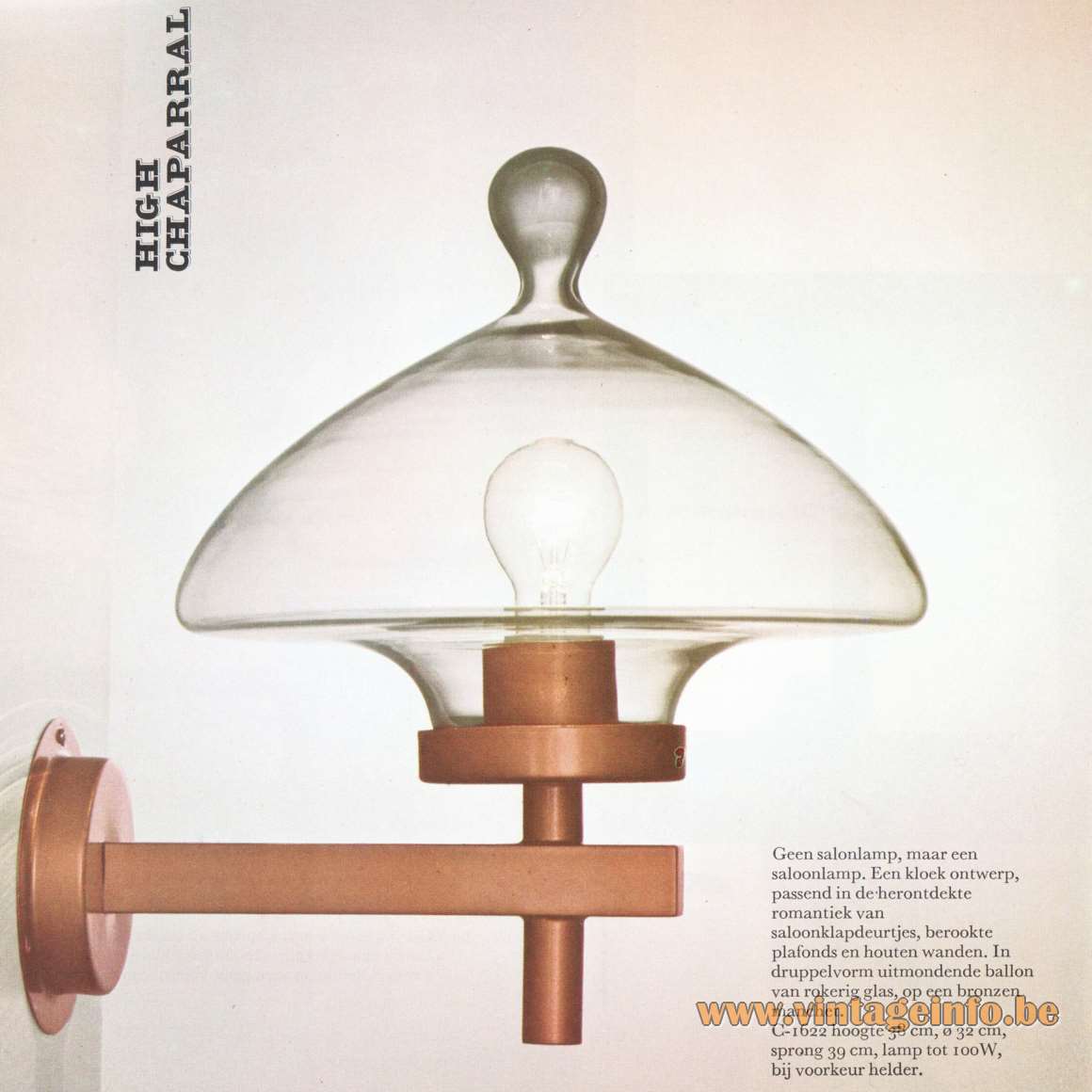 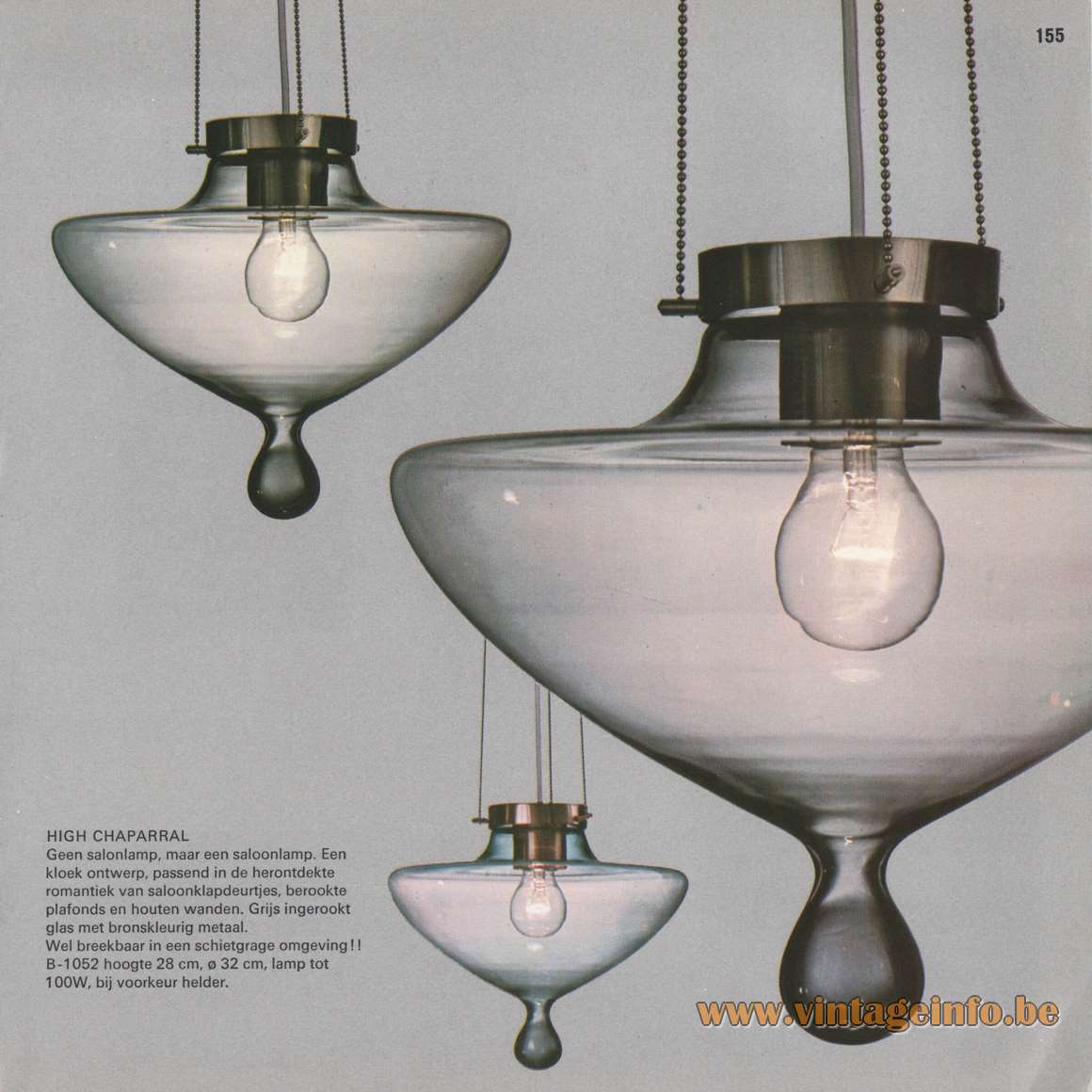