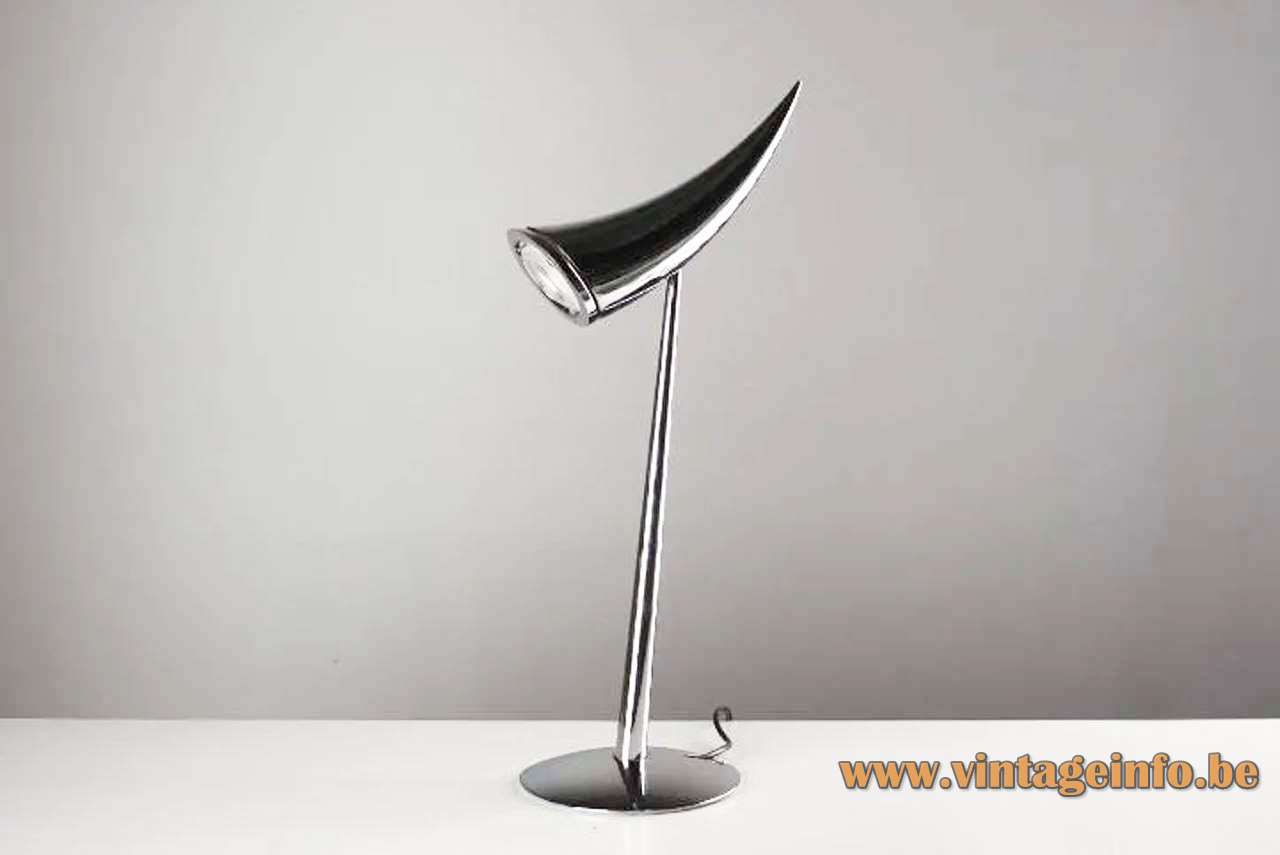 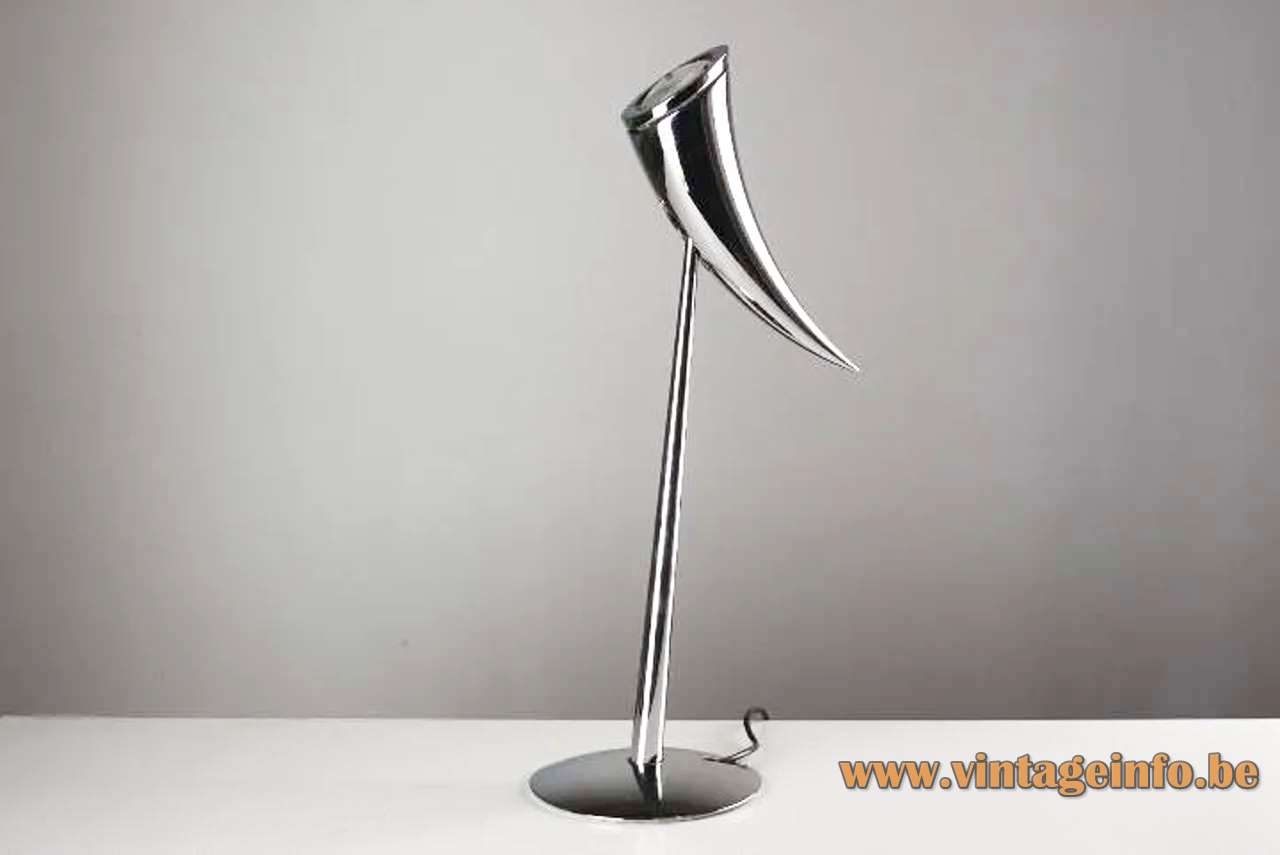 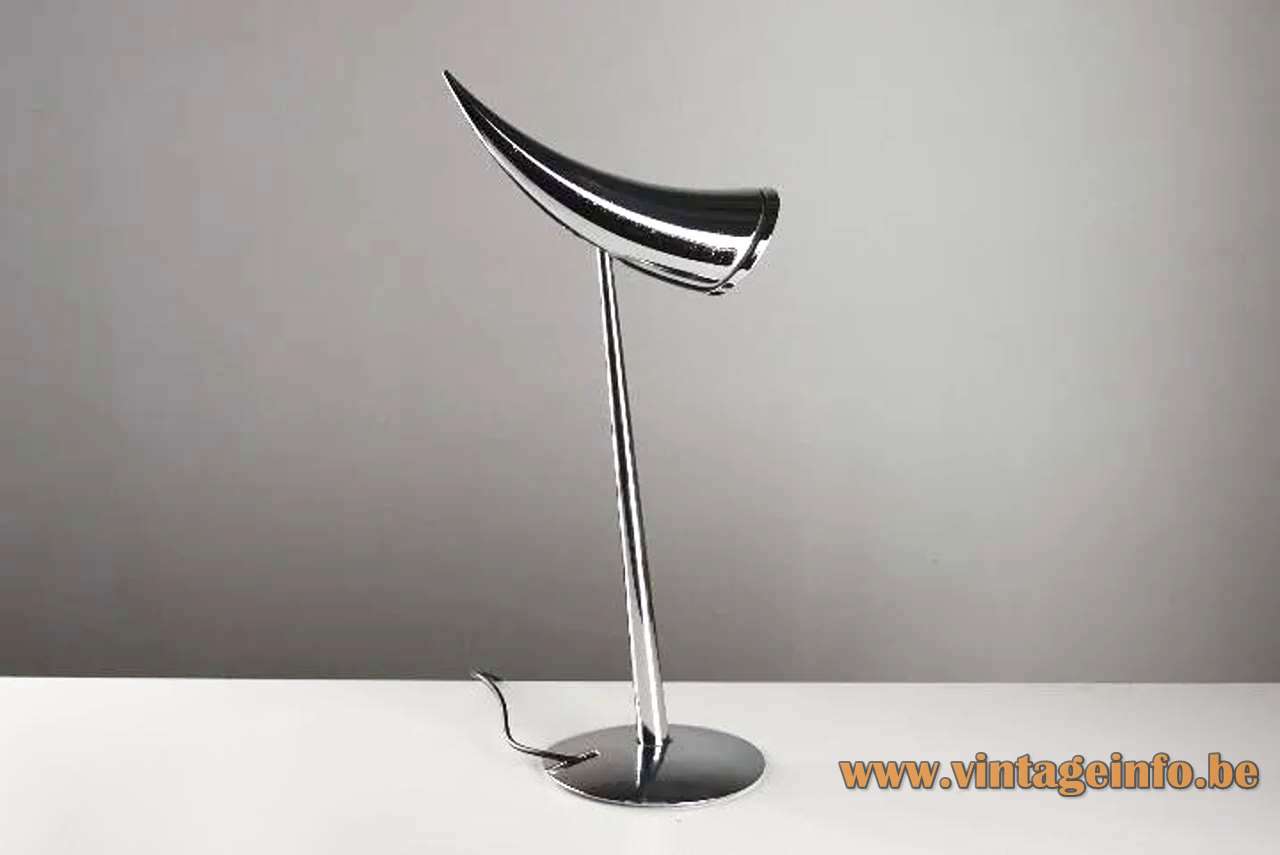 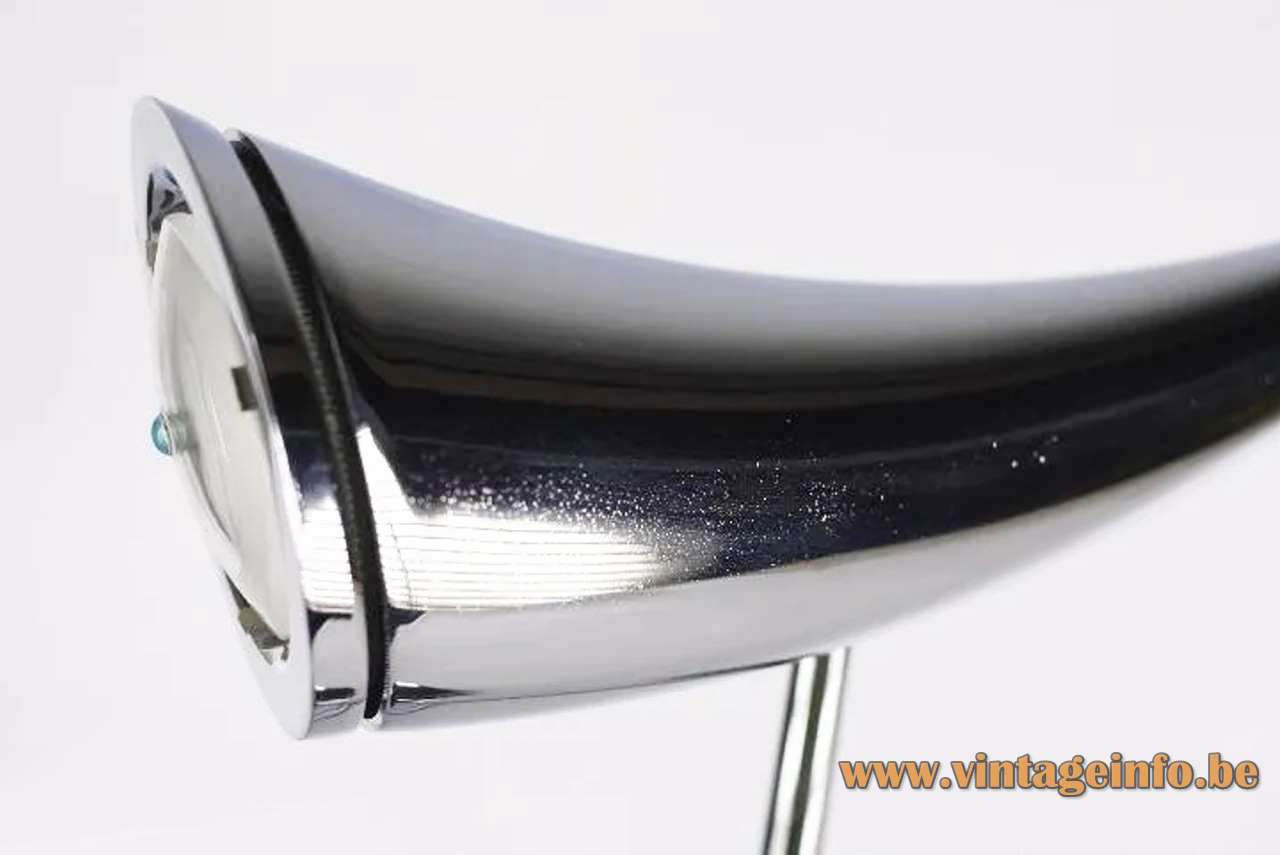 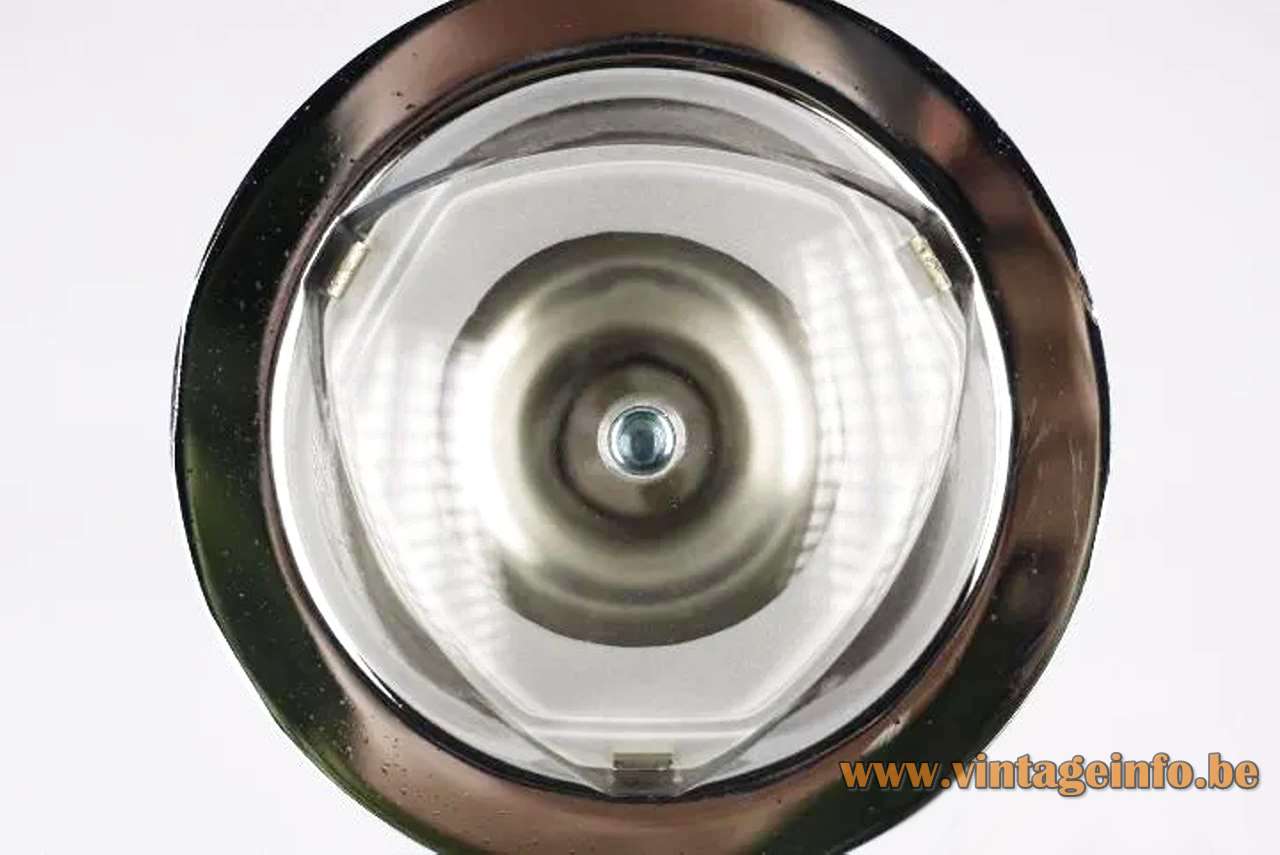 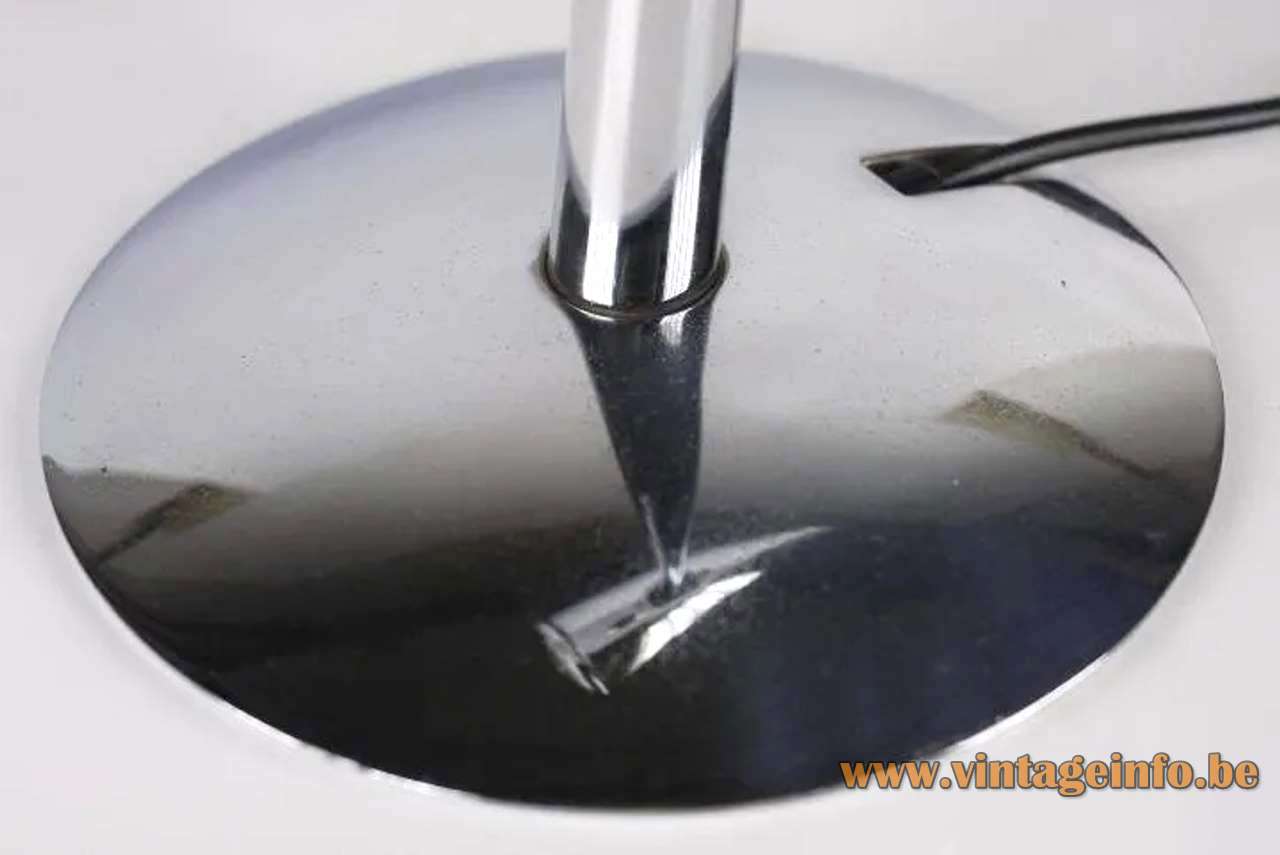 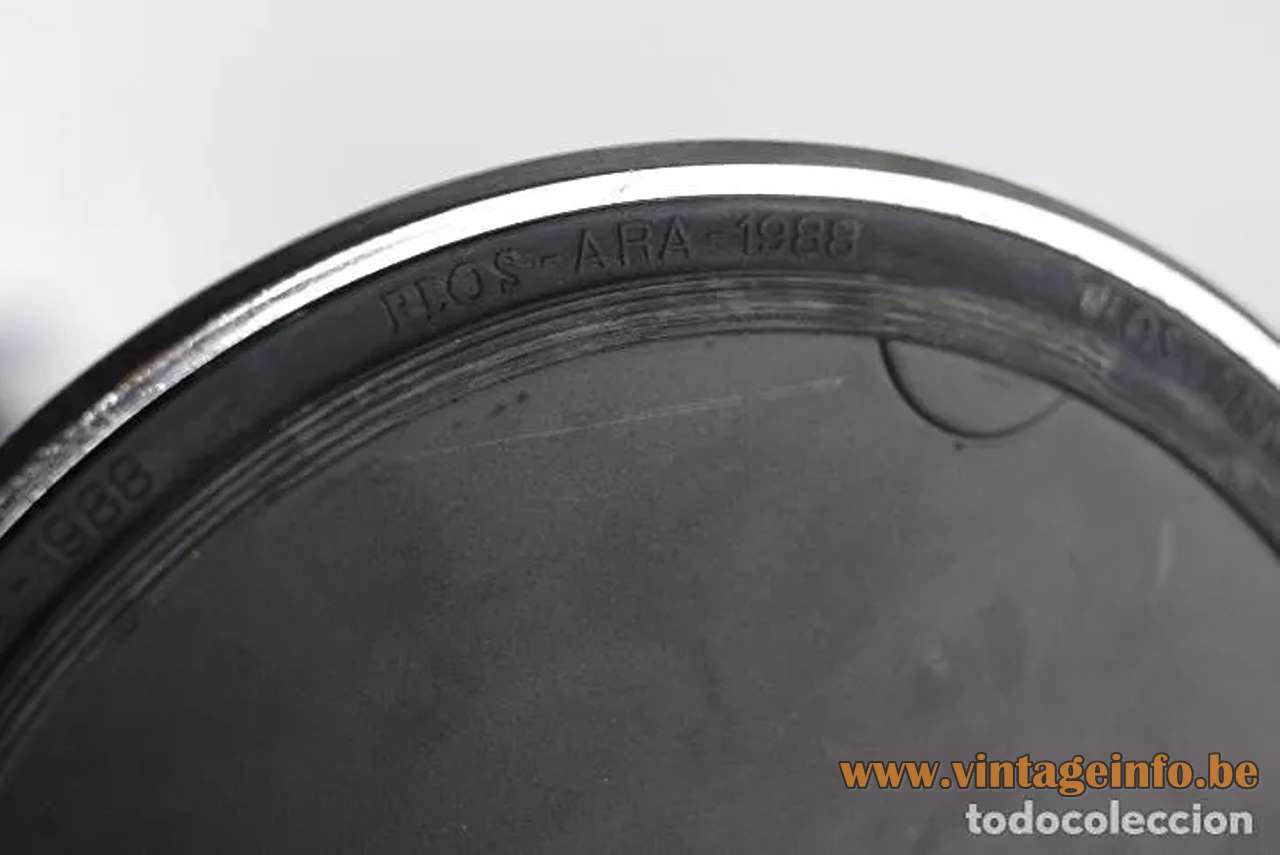 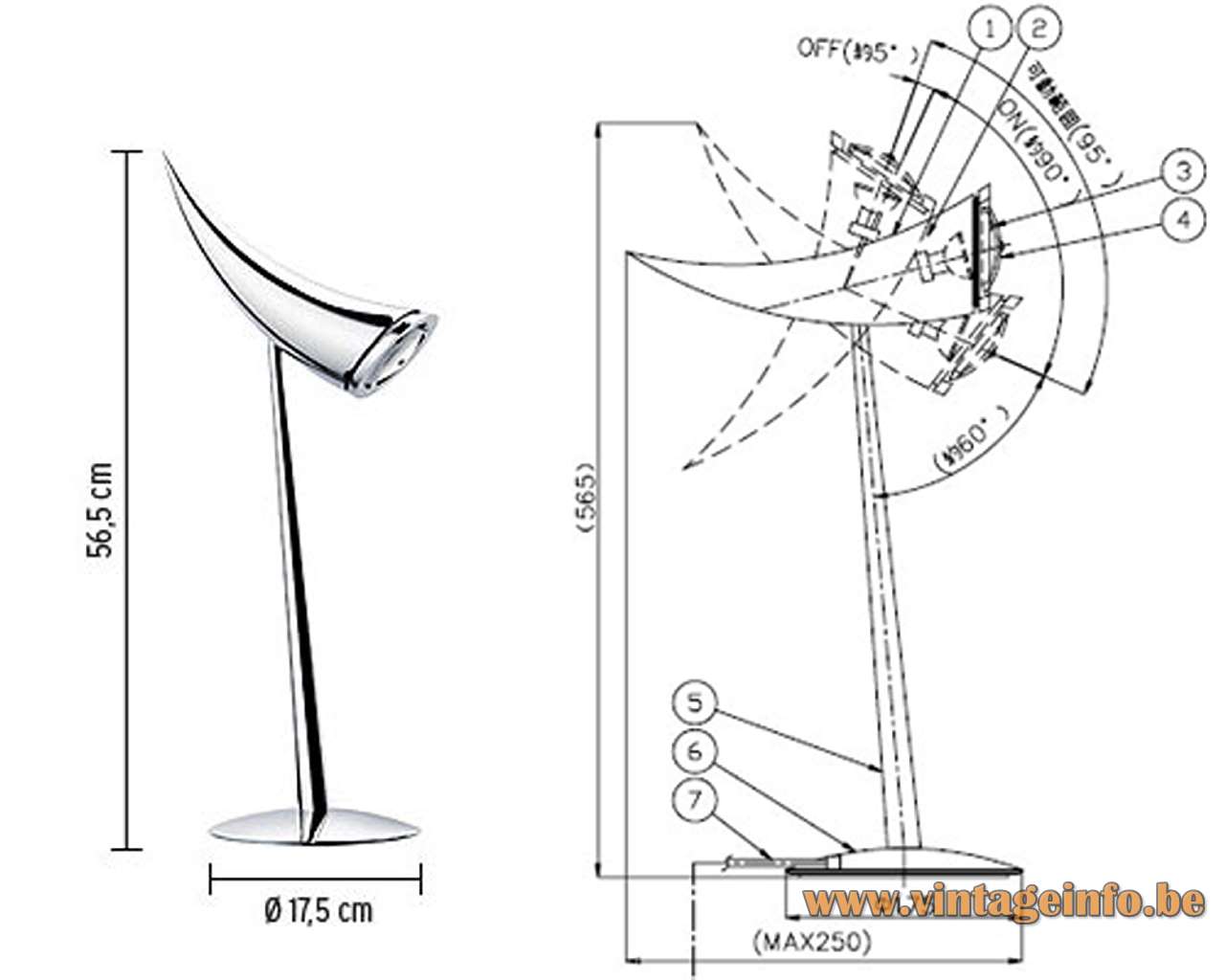 Other versions: The Philippe Starck ARA’ table lamp was made in a some slight variations over the years. This table lamp also exists in dark chrome. It went out of production in 2016. The switch is activated by adjusting the lampshade up and down.