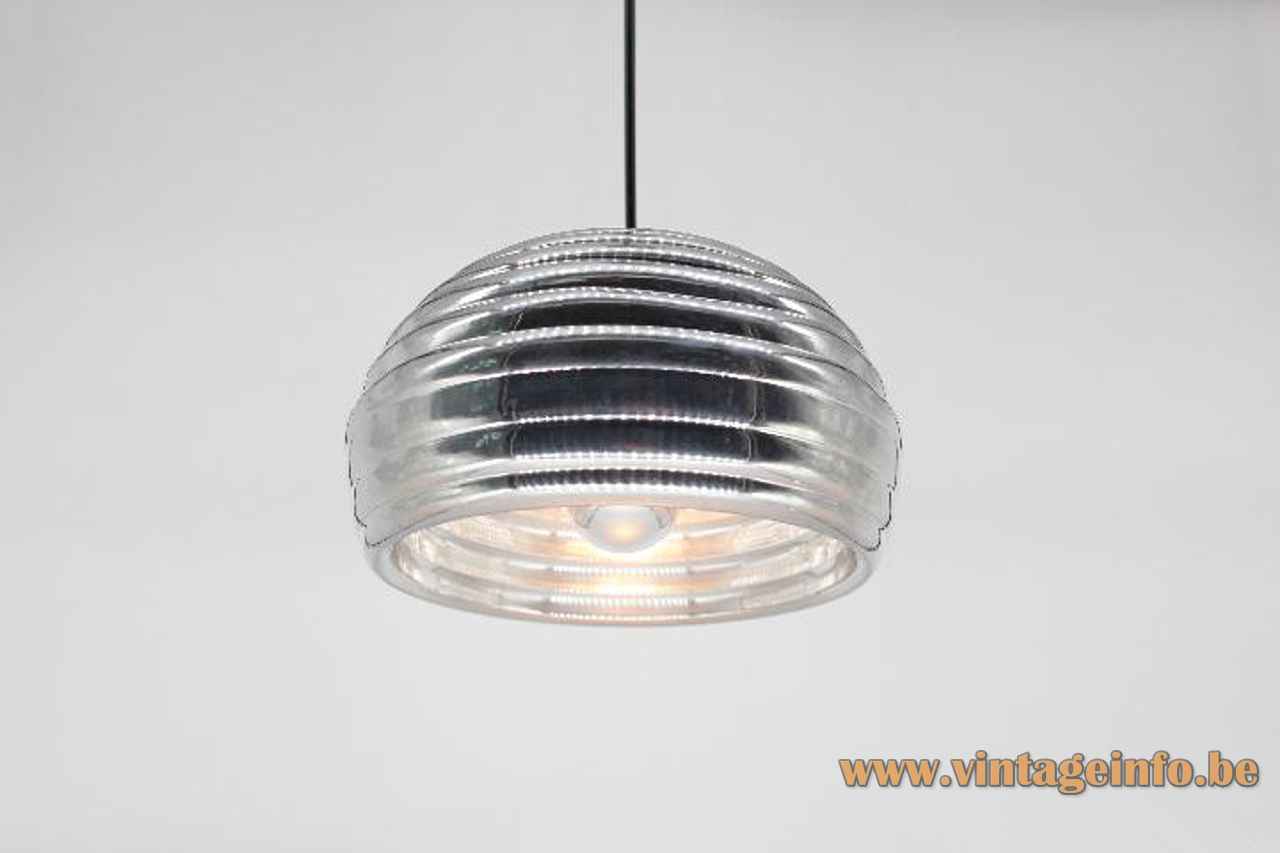 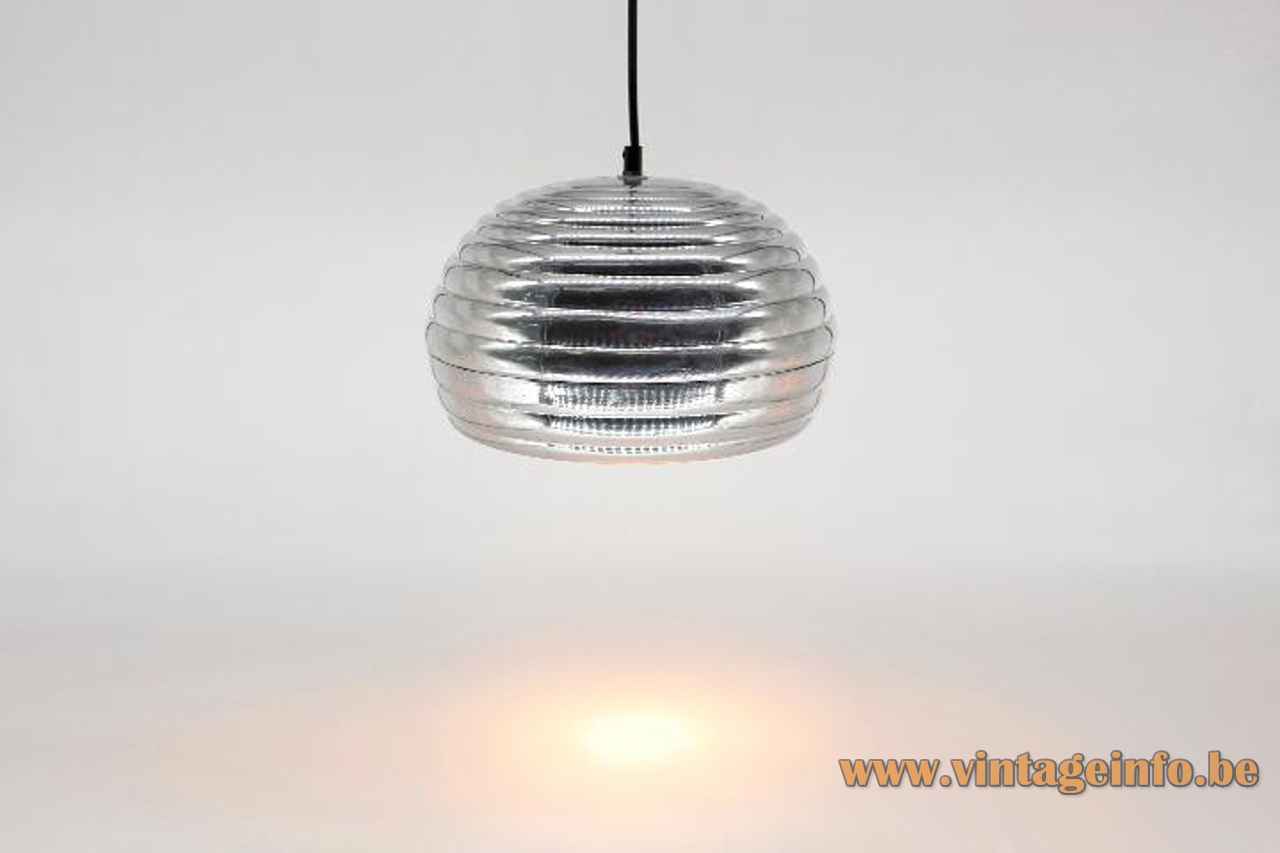 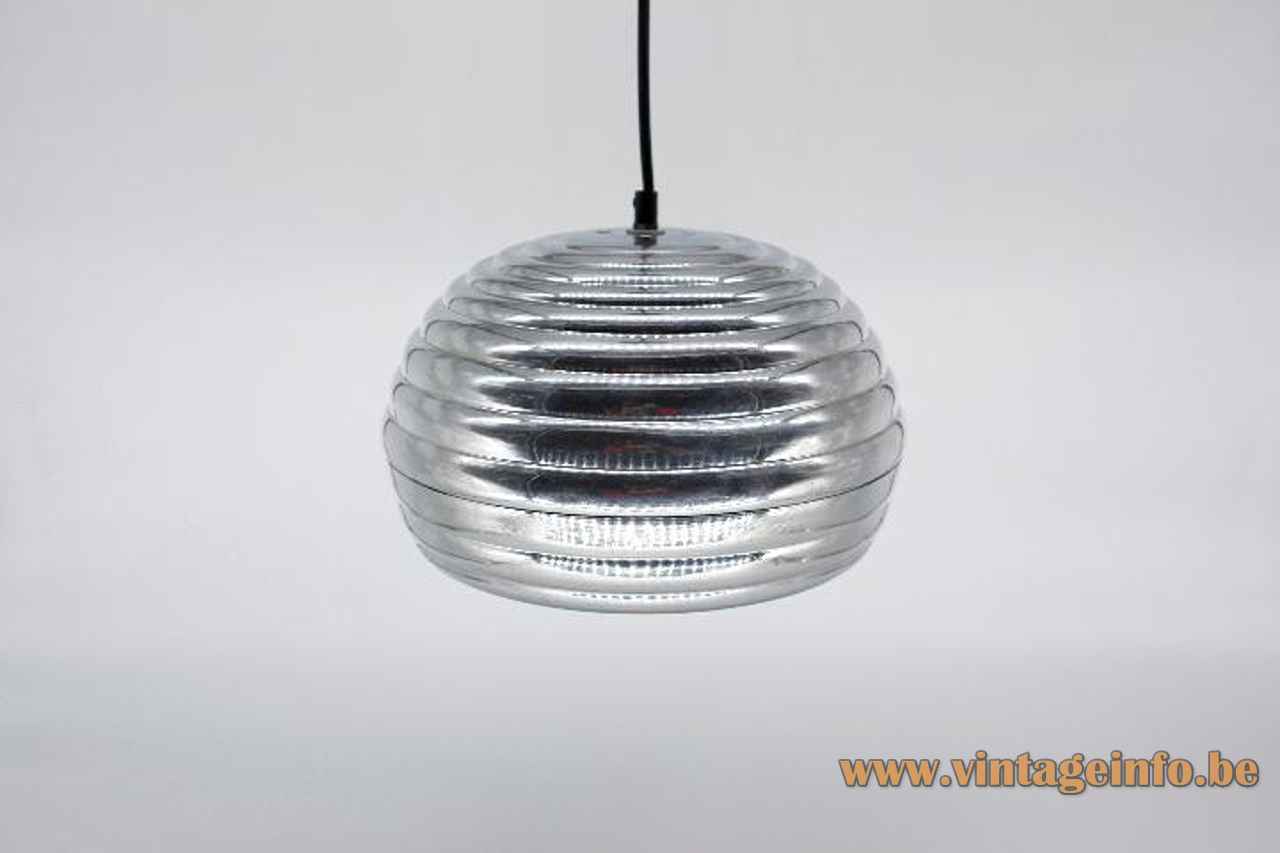 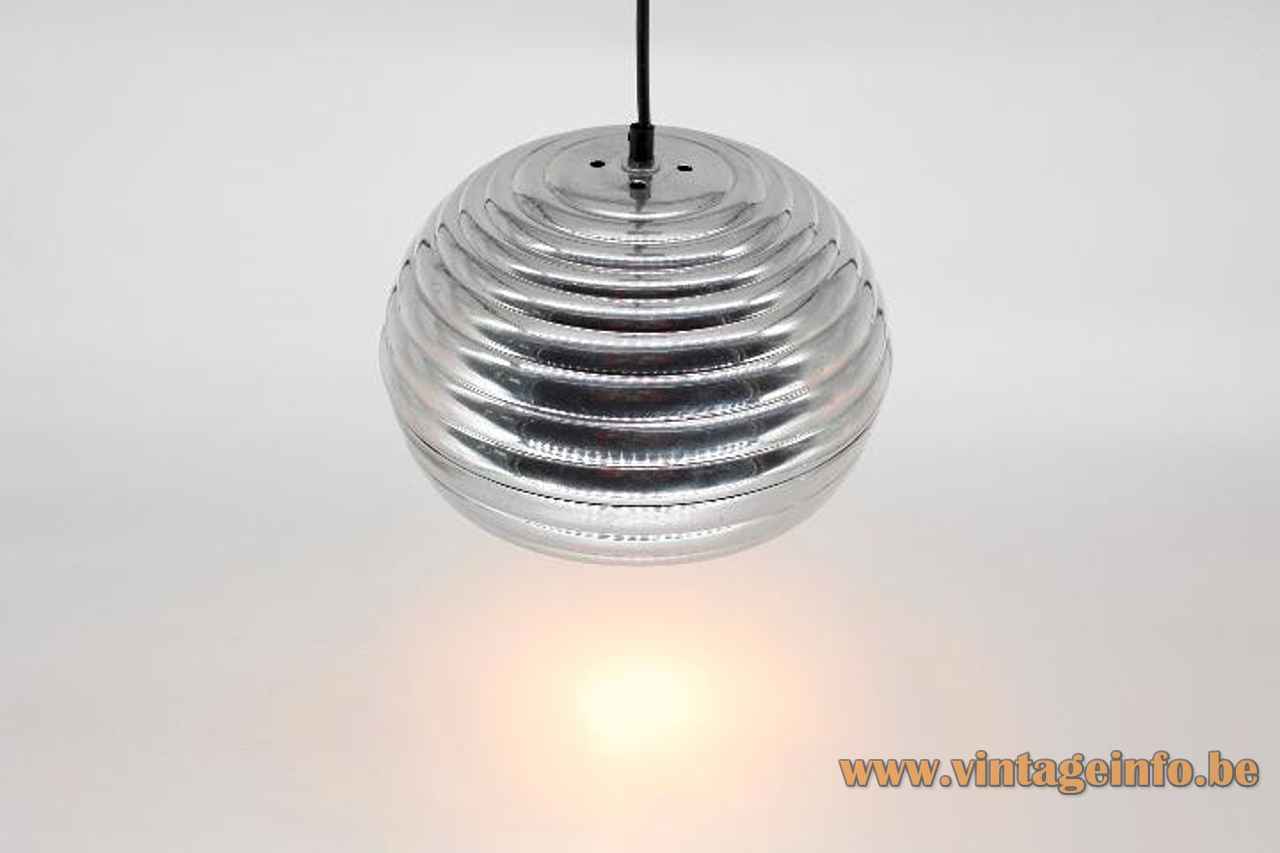 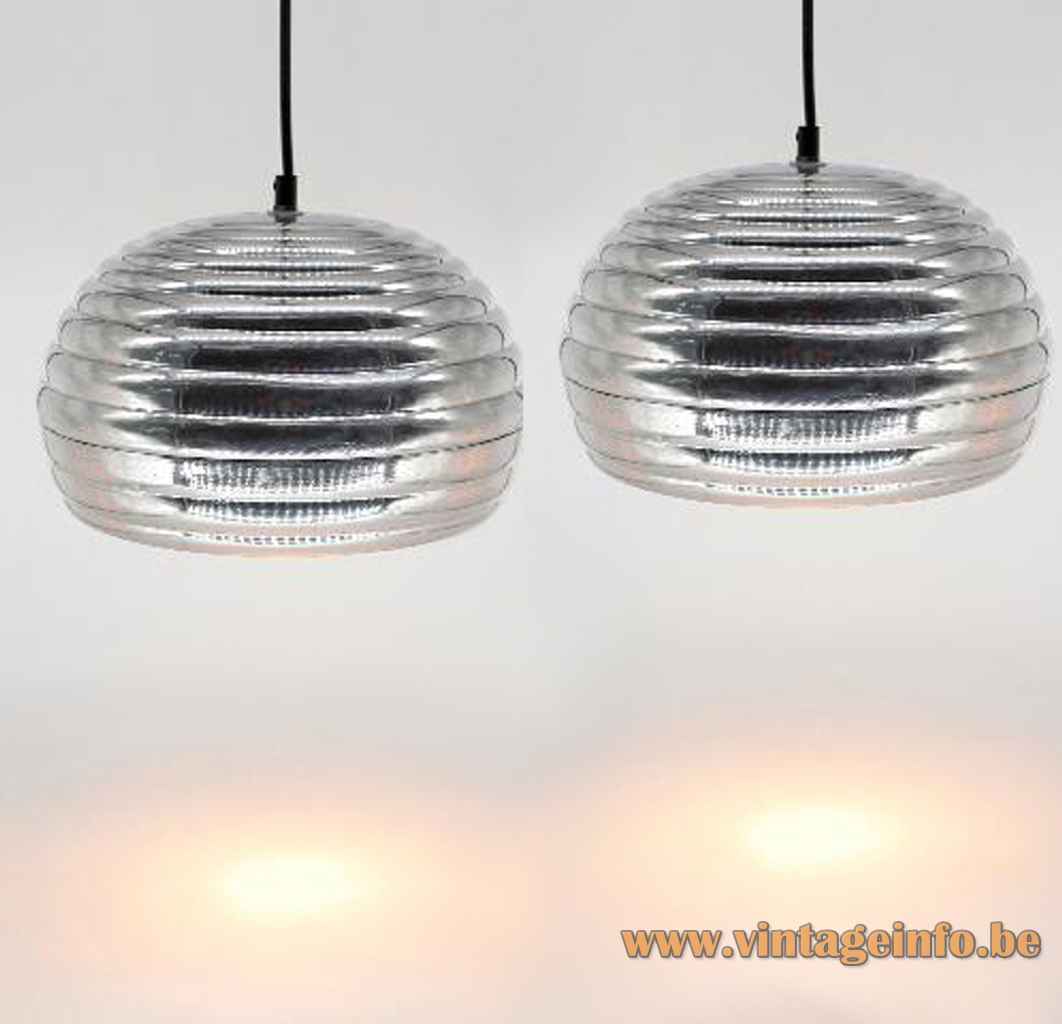 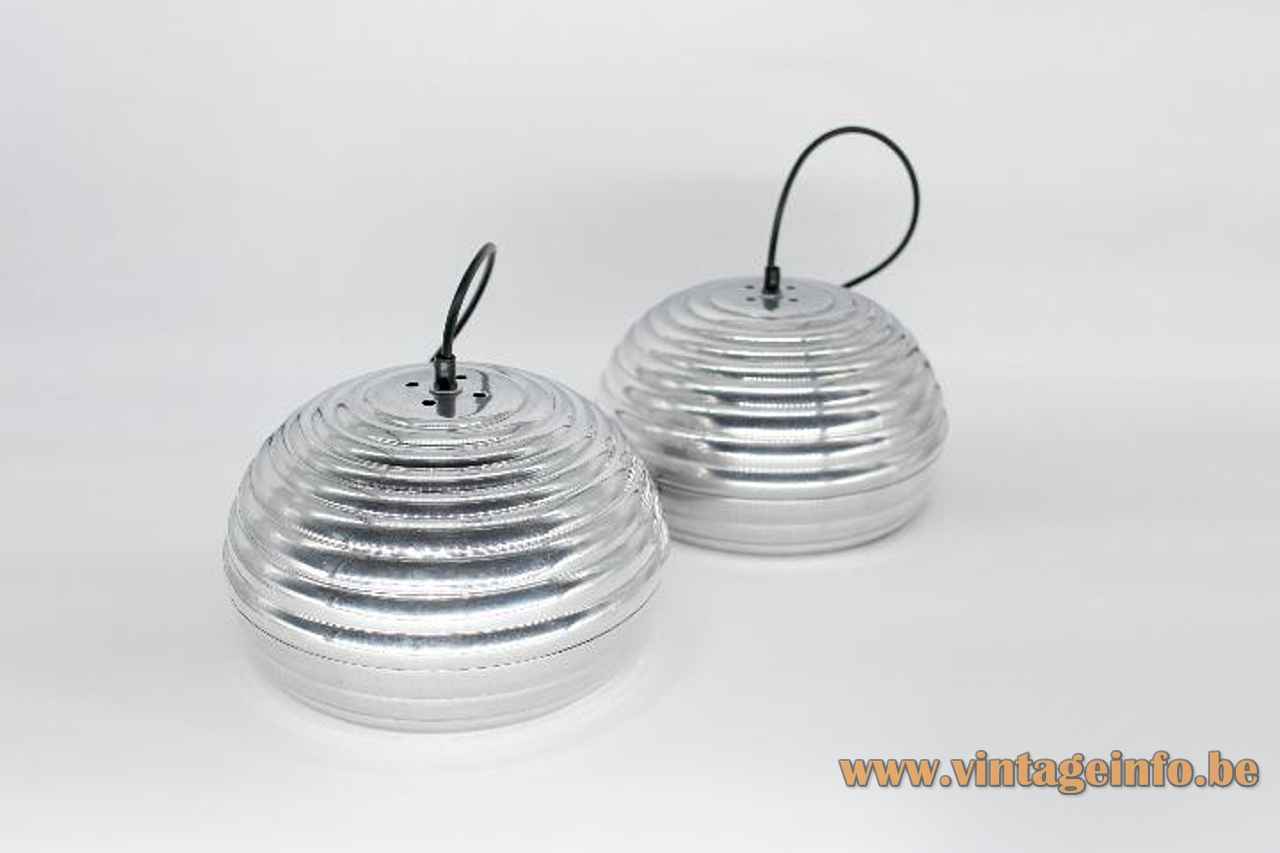 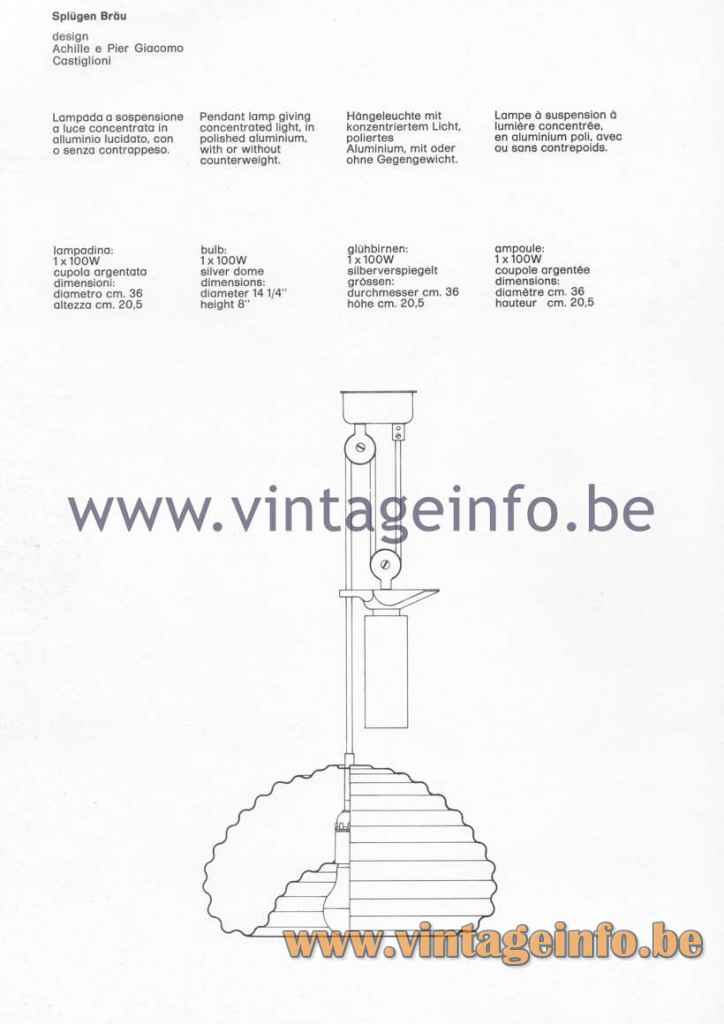 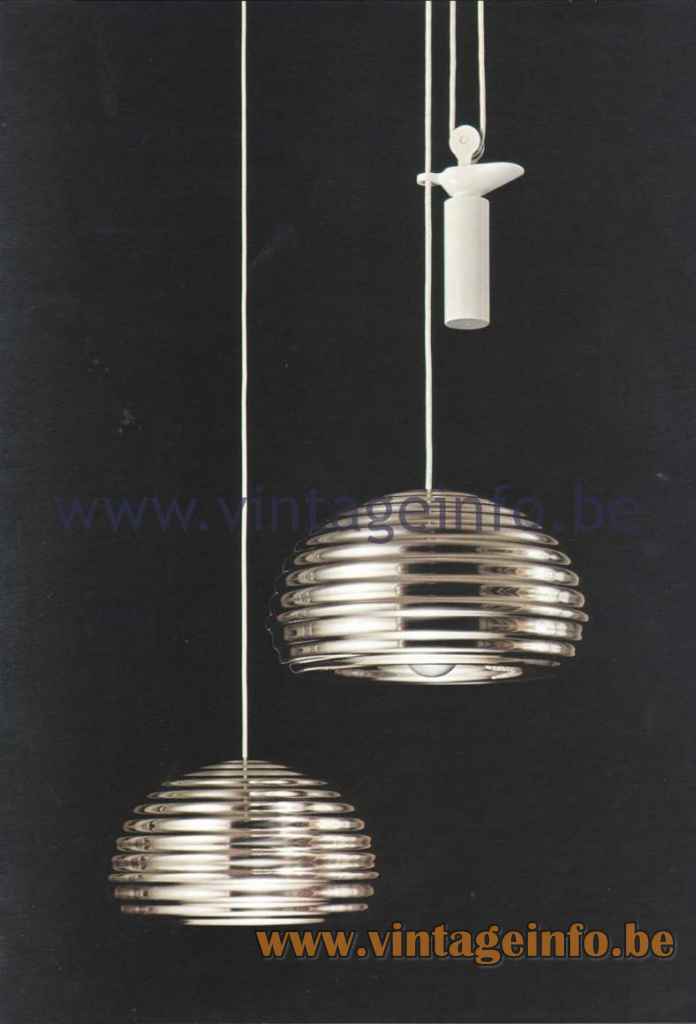 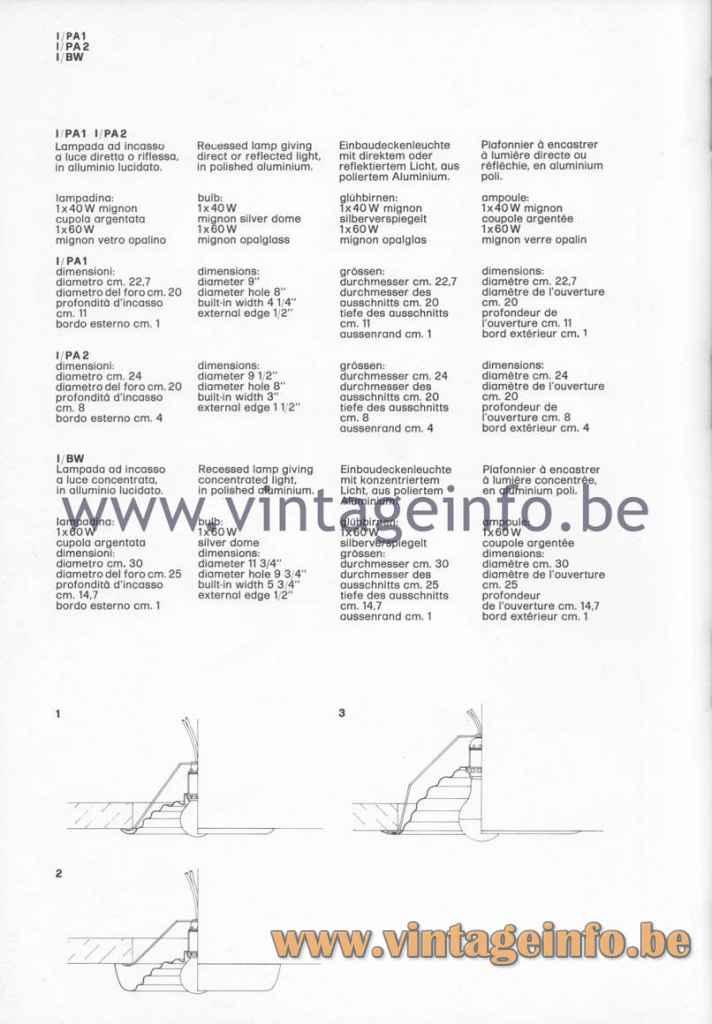 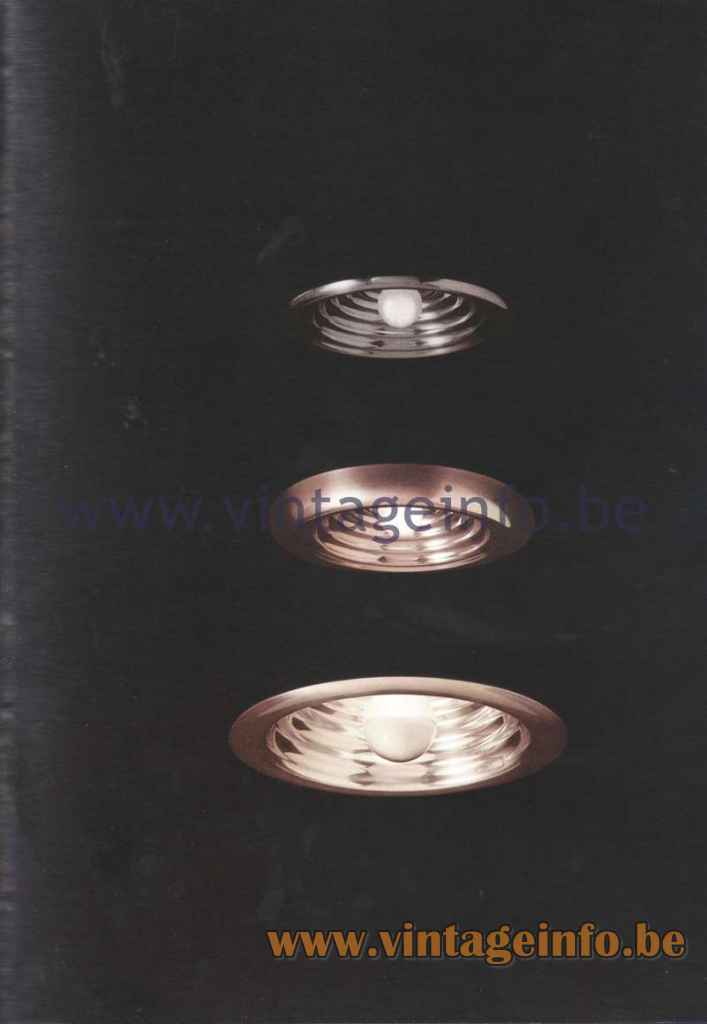 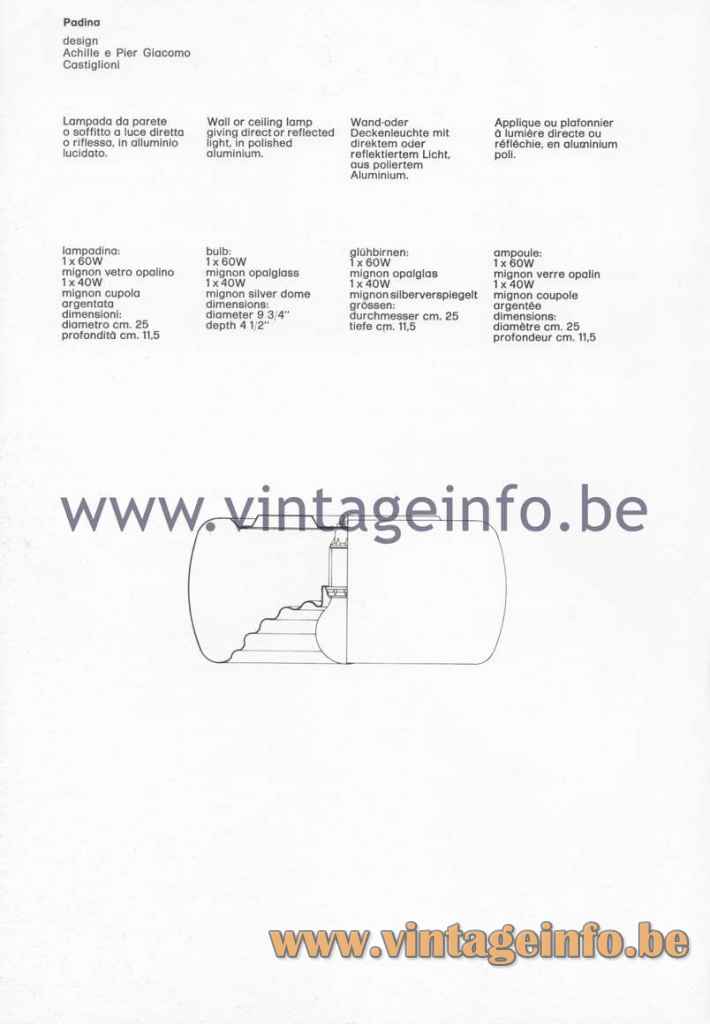 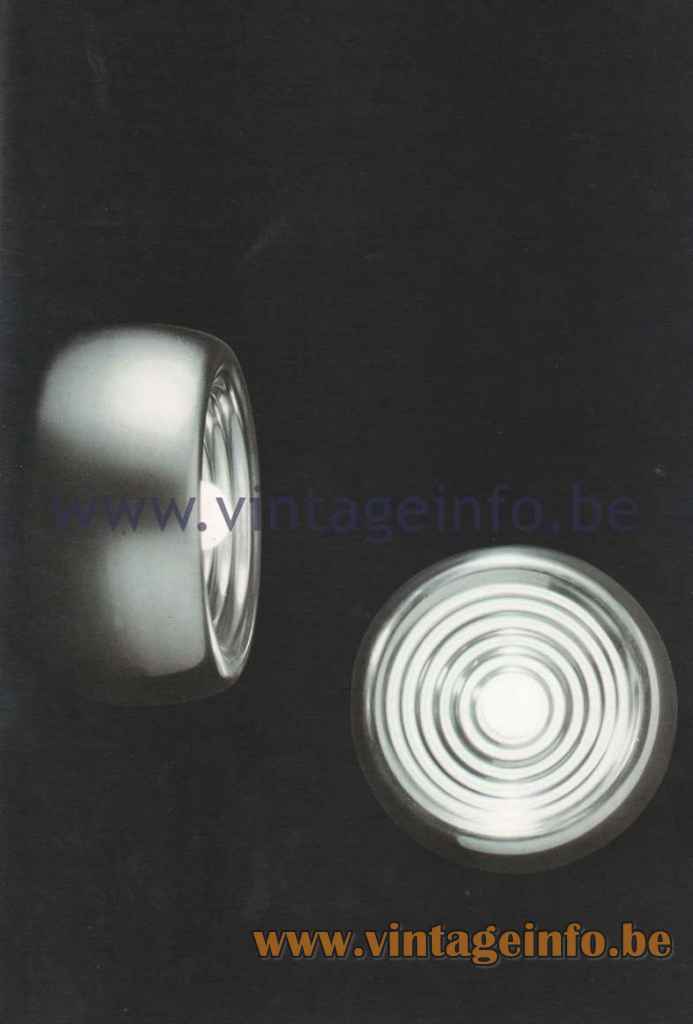 Other versions: The FLOS Splügen Bräu exists in several sizes. Similar lamps were made, but they have other names, as you can seen in the catalogue pictures.

Splügen Bräu is an Italian beer with a German name made by the Danish Carslberg near Milan, Italy. Before it was owned by the Dutch Heineken. The municipality Splügen is located in Switzerland at the Italian border, some 170 km – 105 mi from Milan.

In 1960, Achille and Pier Giacomo Castiglioni were commissioned for the interior design of a beer house and restaurant in the center of Milan named Splügen Bräu. In 1961 the Splügen Bräu pendant lamp went in production by FLOS, and it still is. 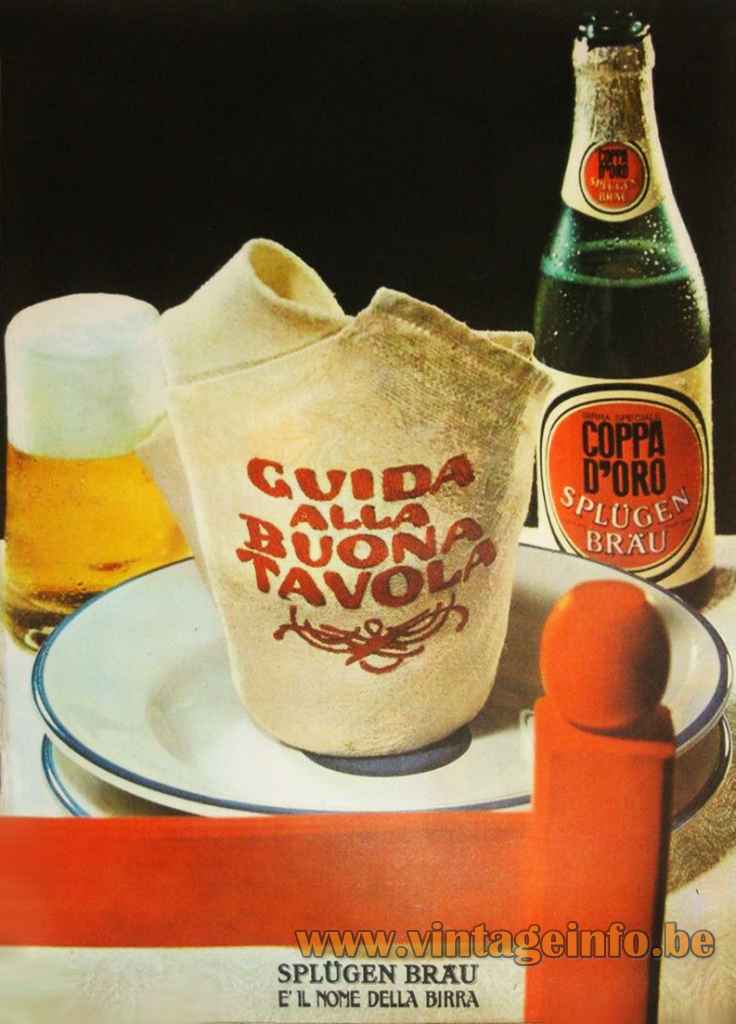