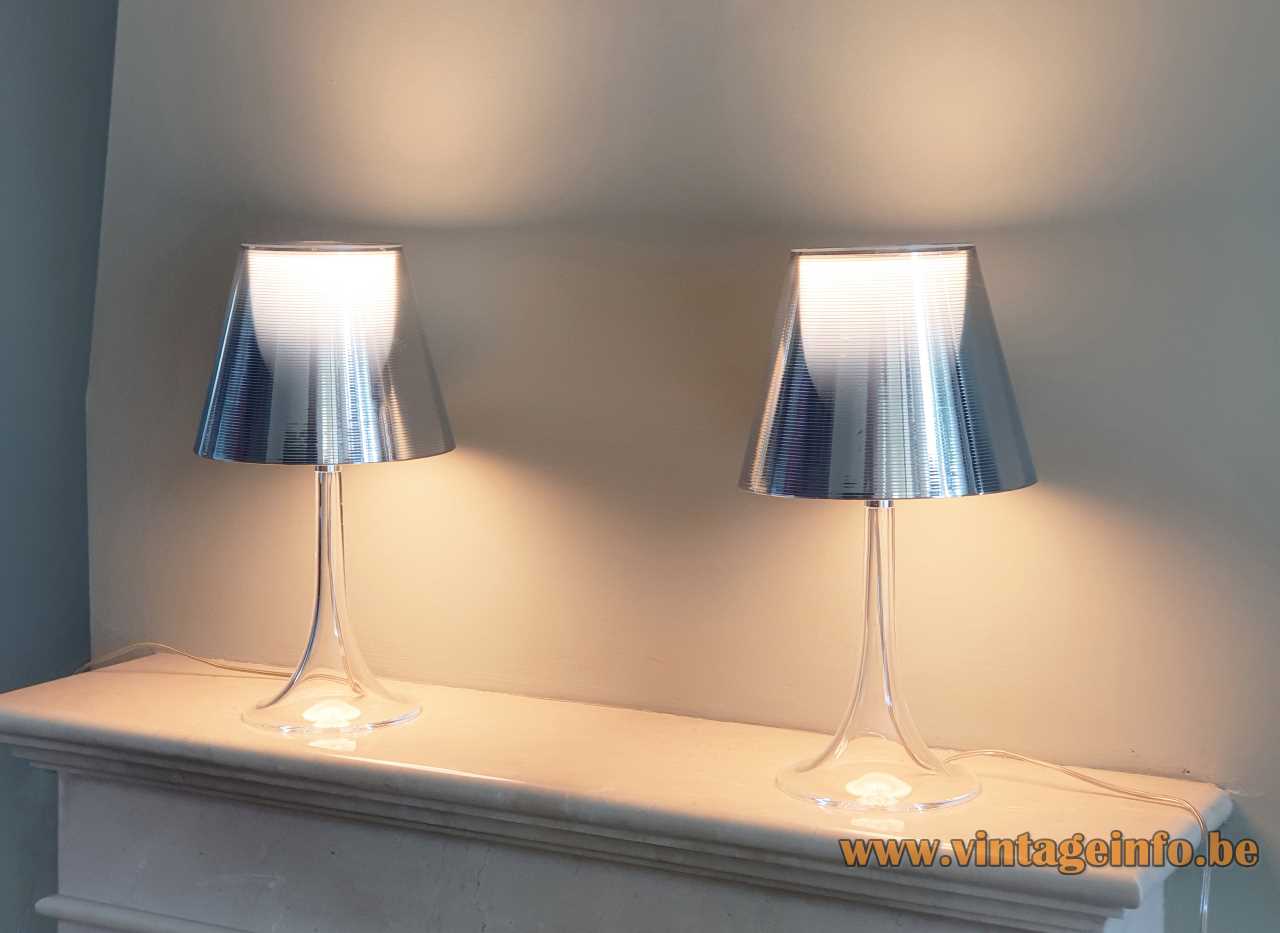 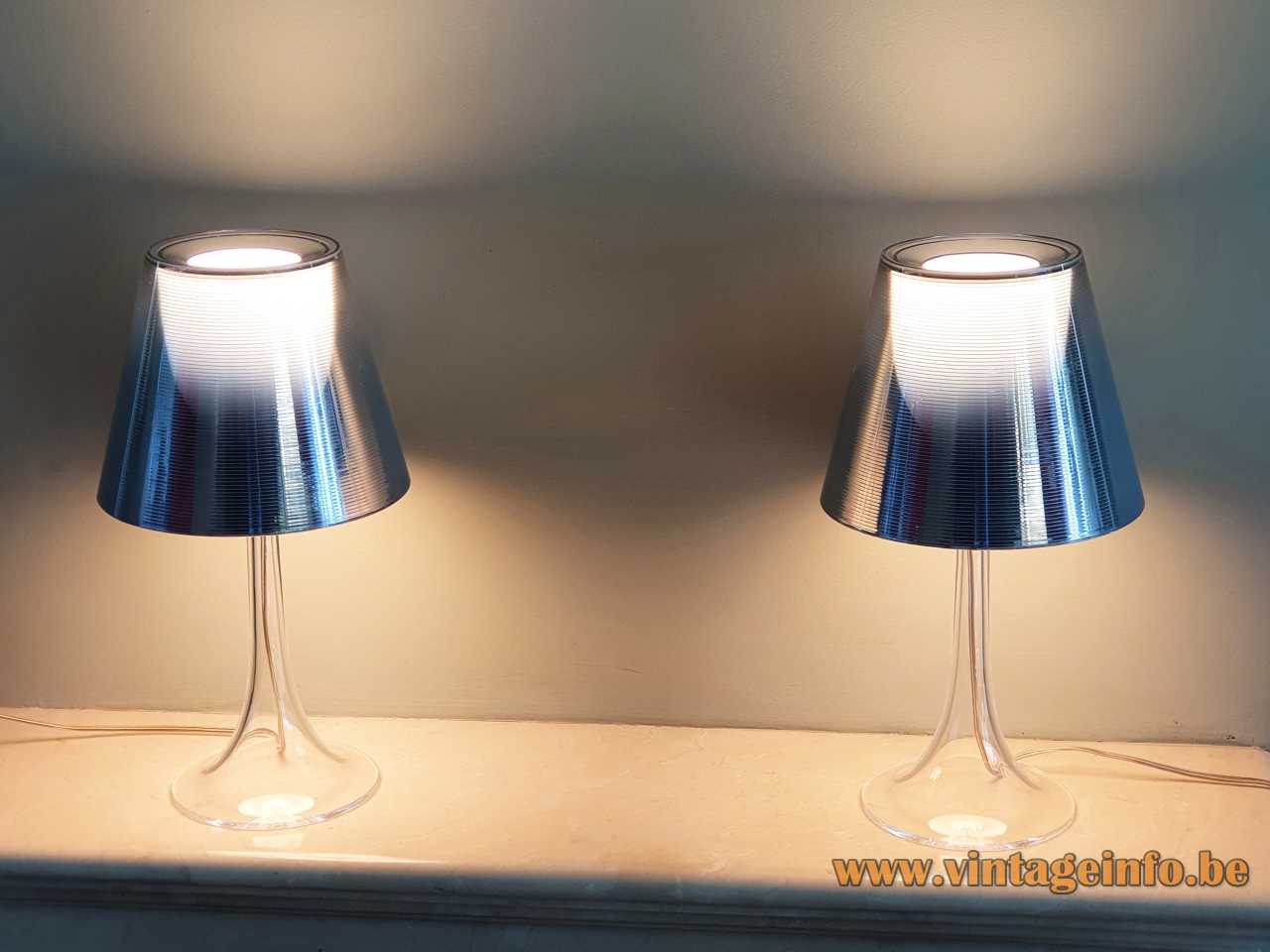 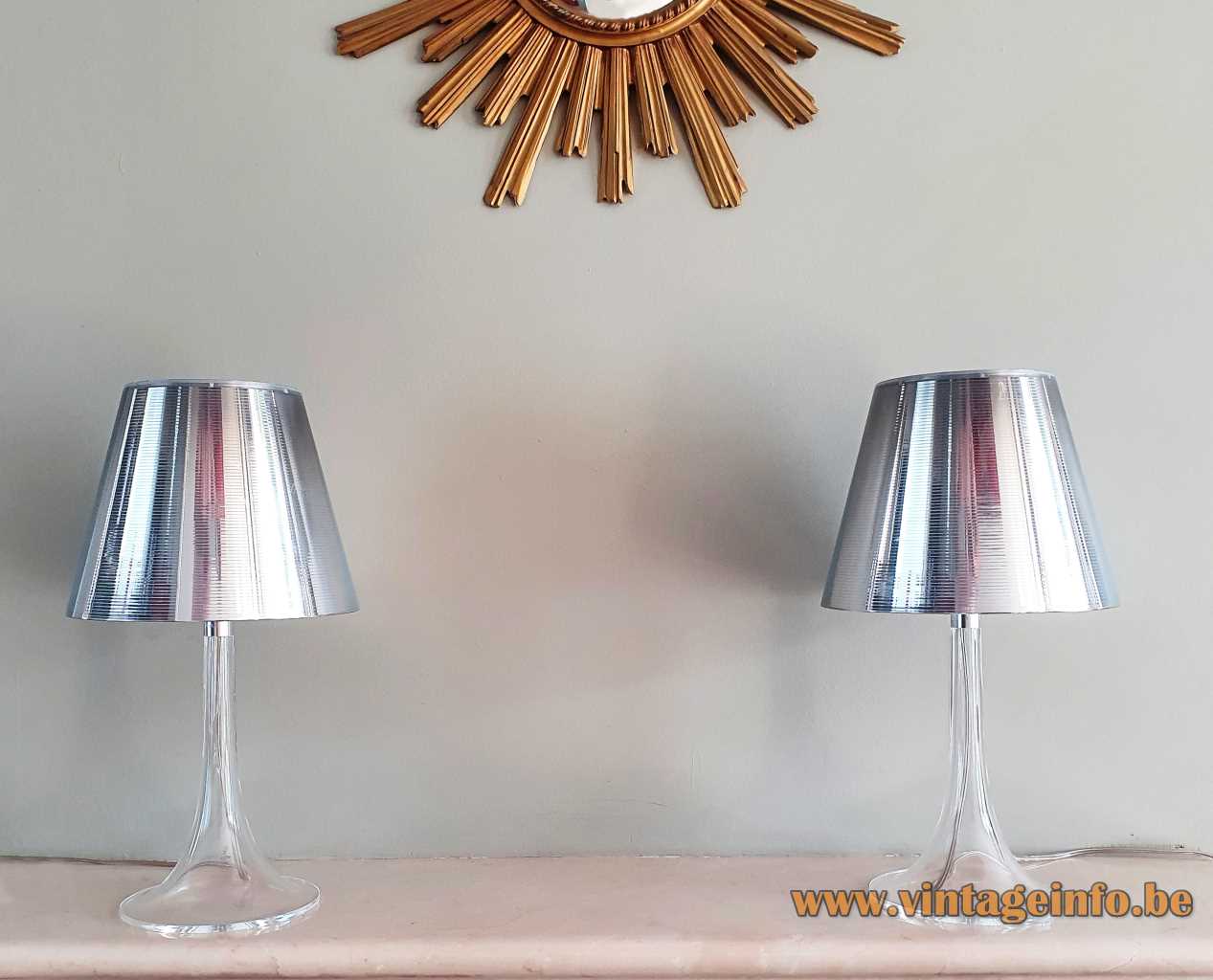 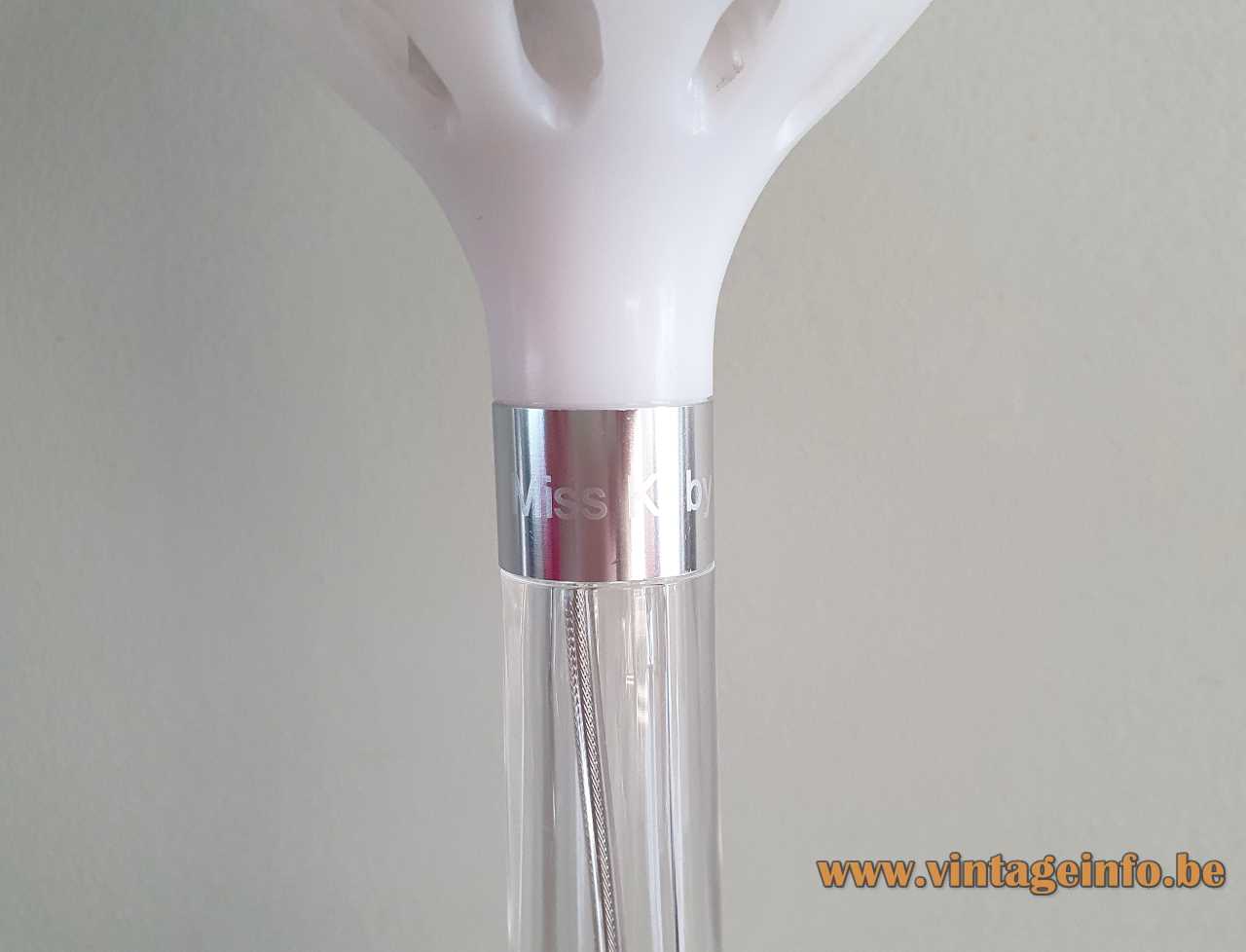 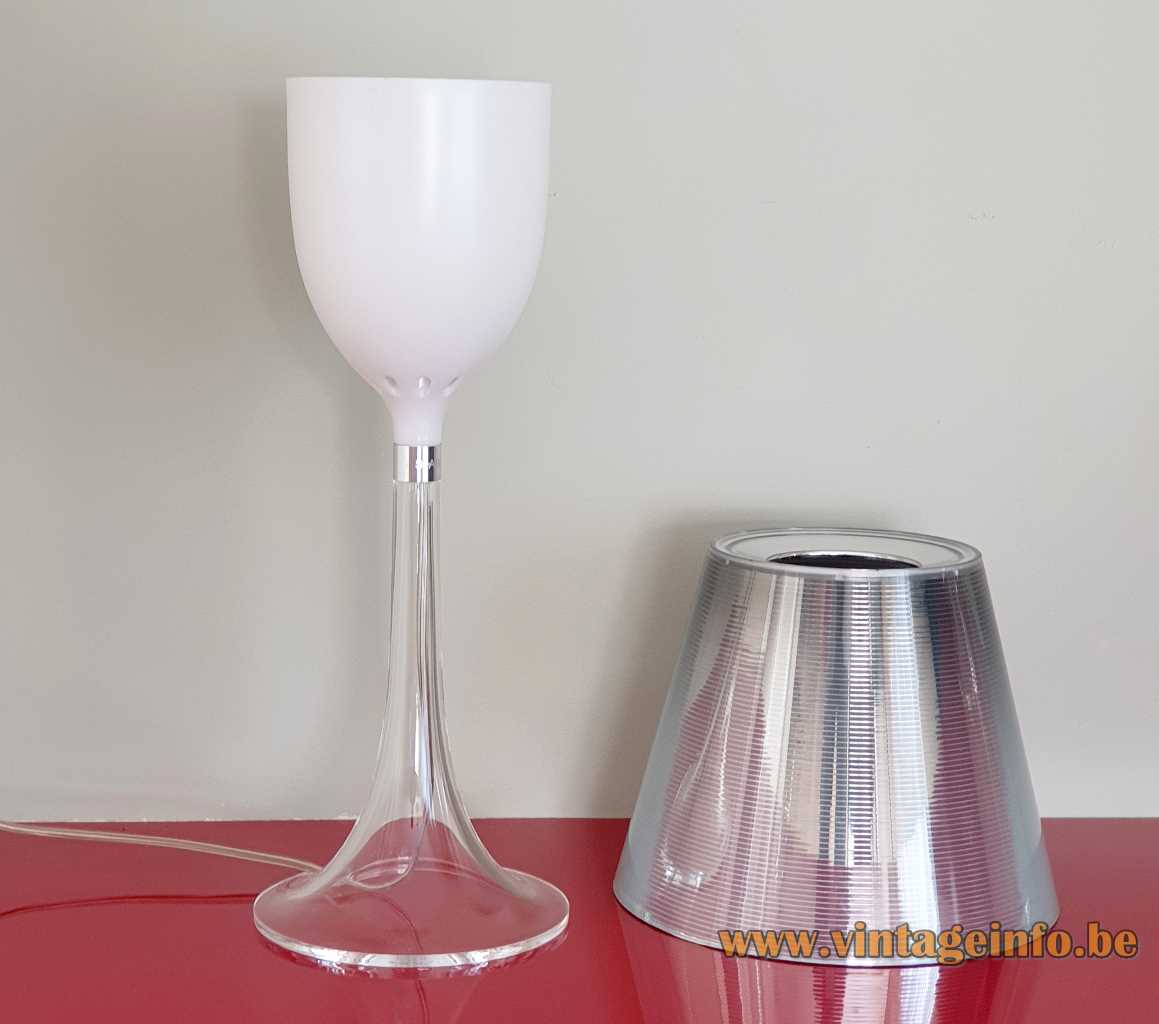 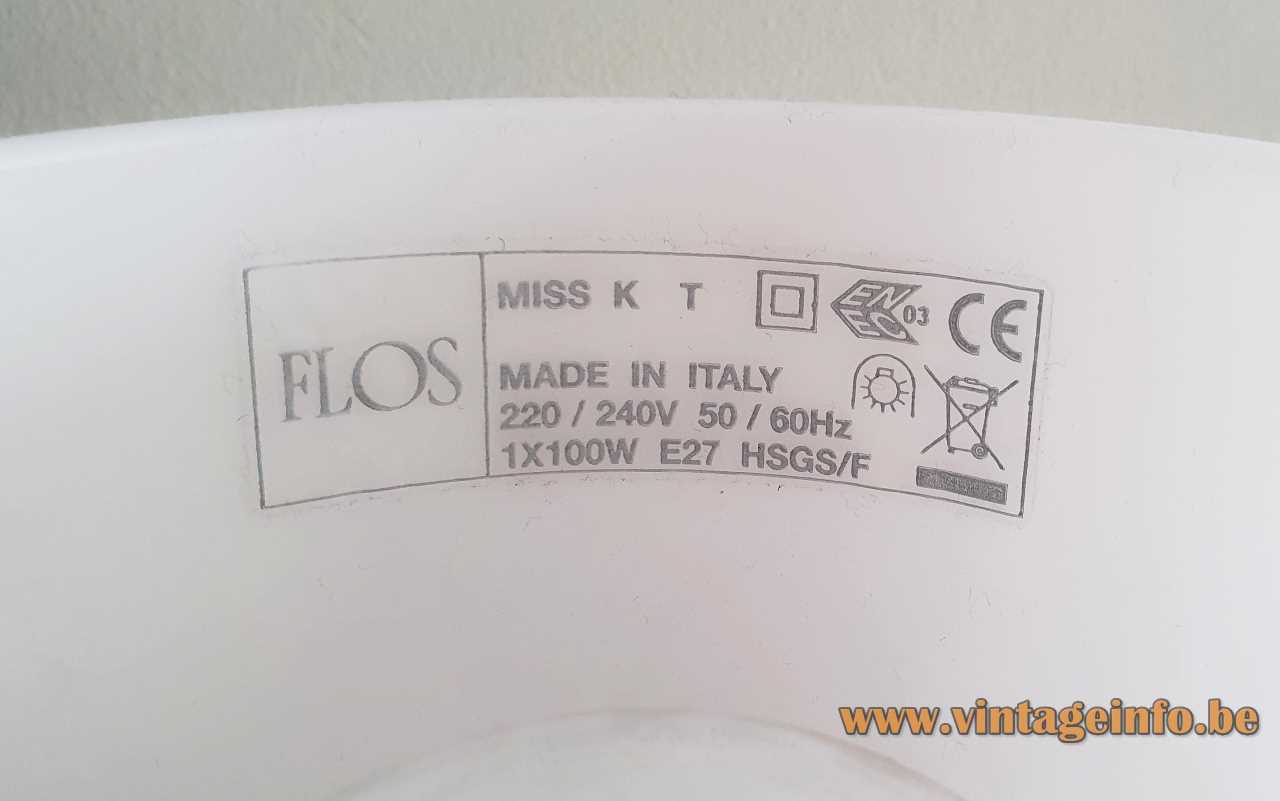 Other versions: The FLOS Miss K table lamp exists in several colours. It was made in lemon, red, blue, white, black and so on. Special versions were also produced. Today (2020) made with a red, black, silver or fabric lampshade. Made with a flat square base and named KTribe Table. KTribe Floor is the floor lamp, KTribe Wall is the wall lamp and KTribe Suspension is the pendant lamp.