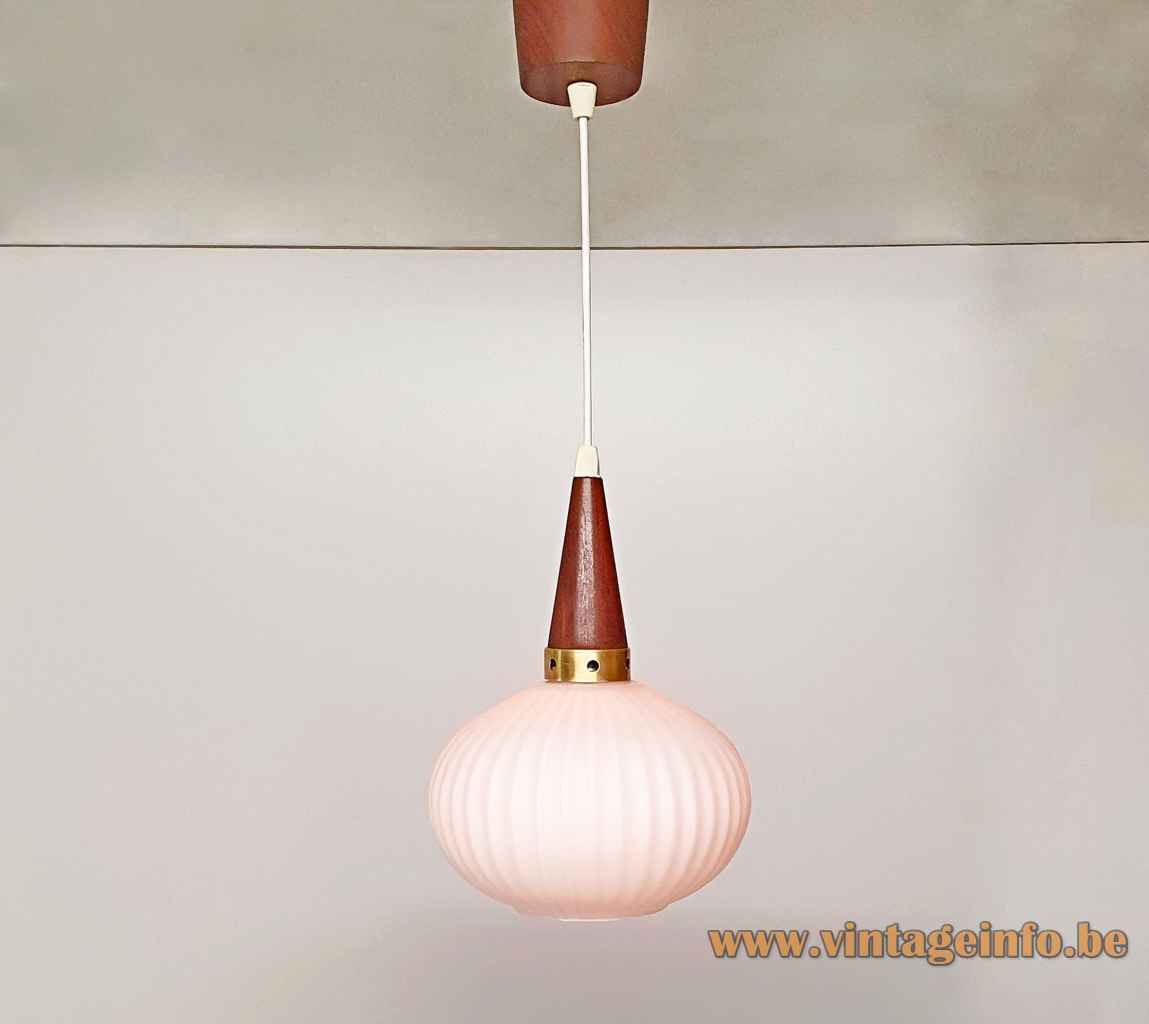 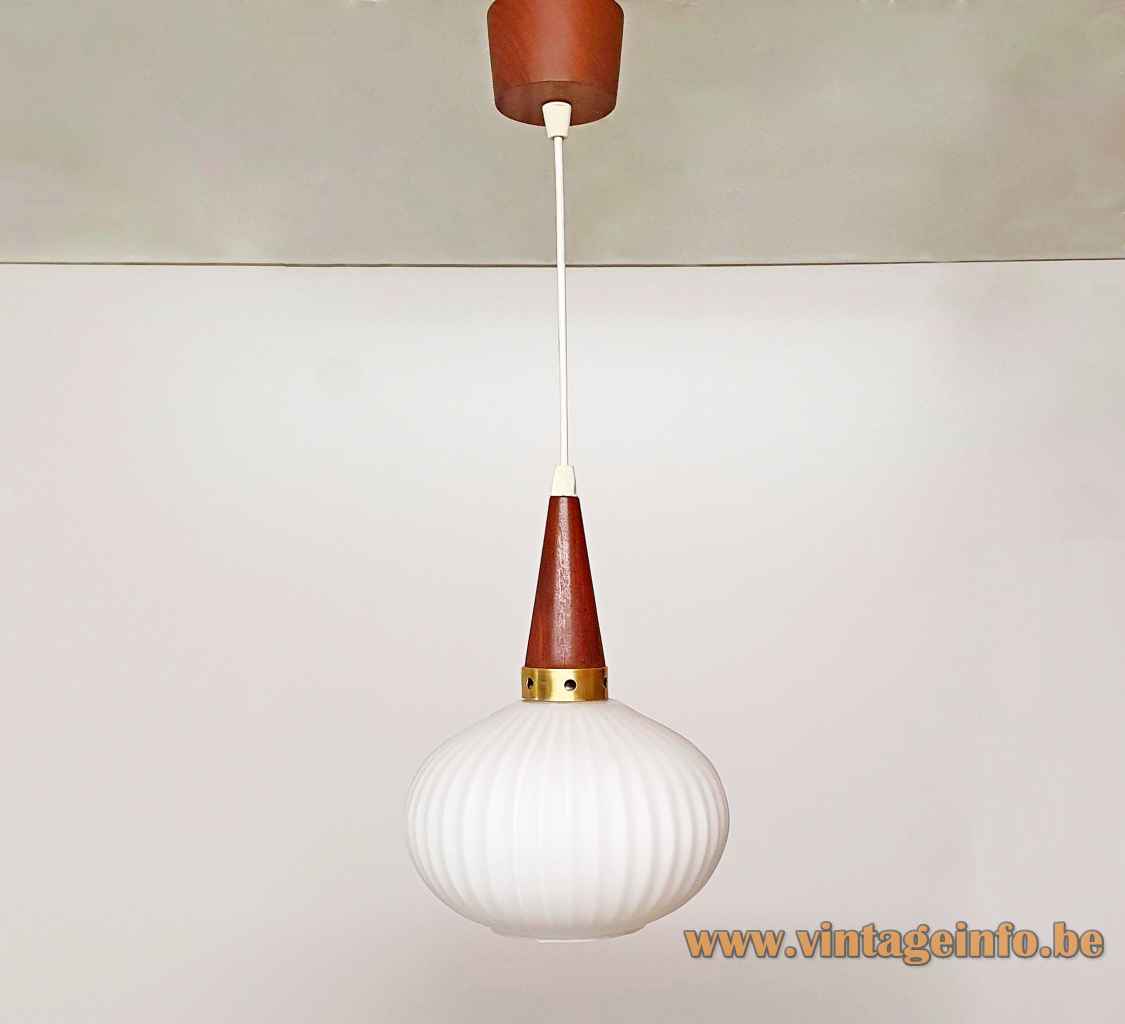 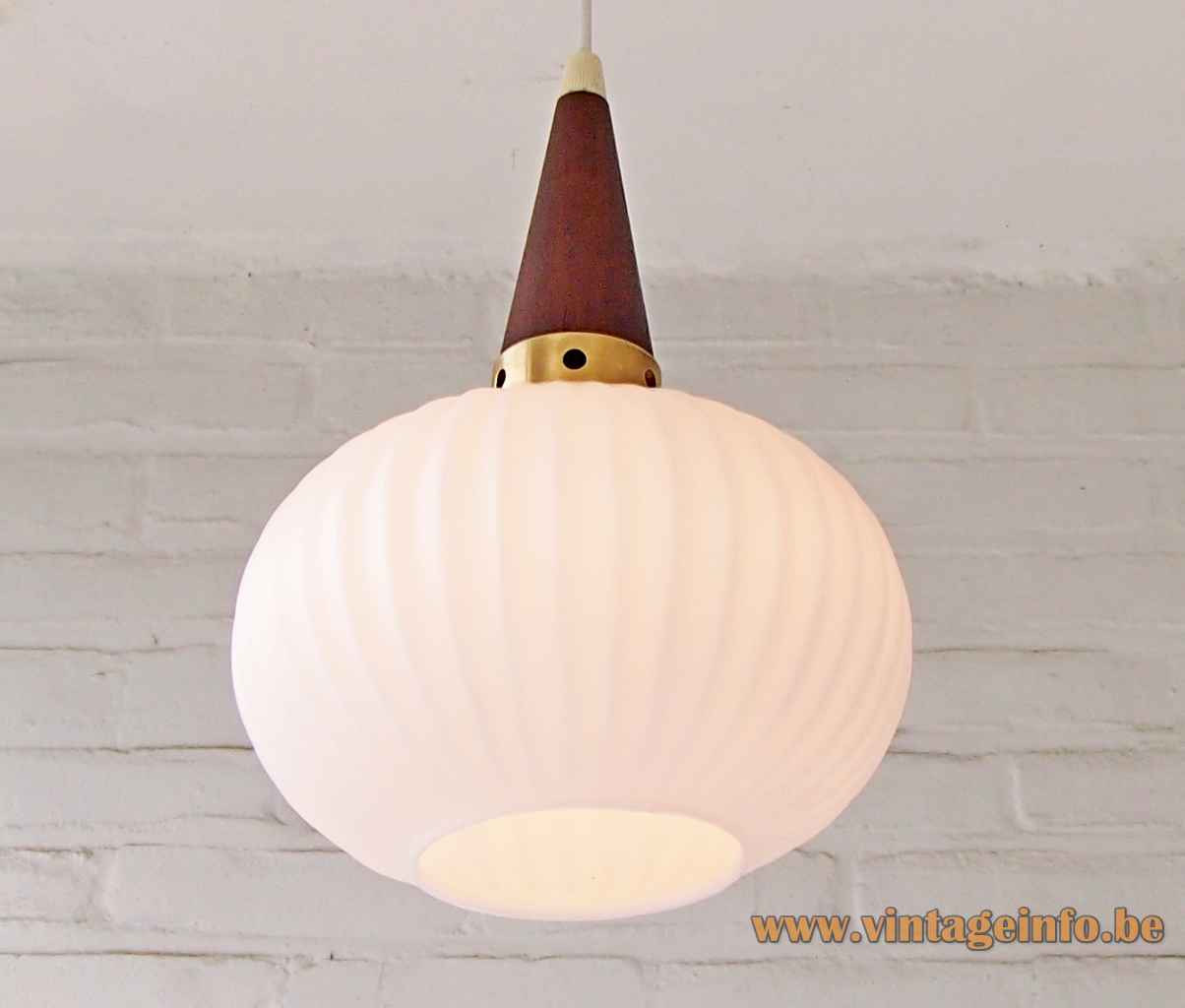 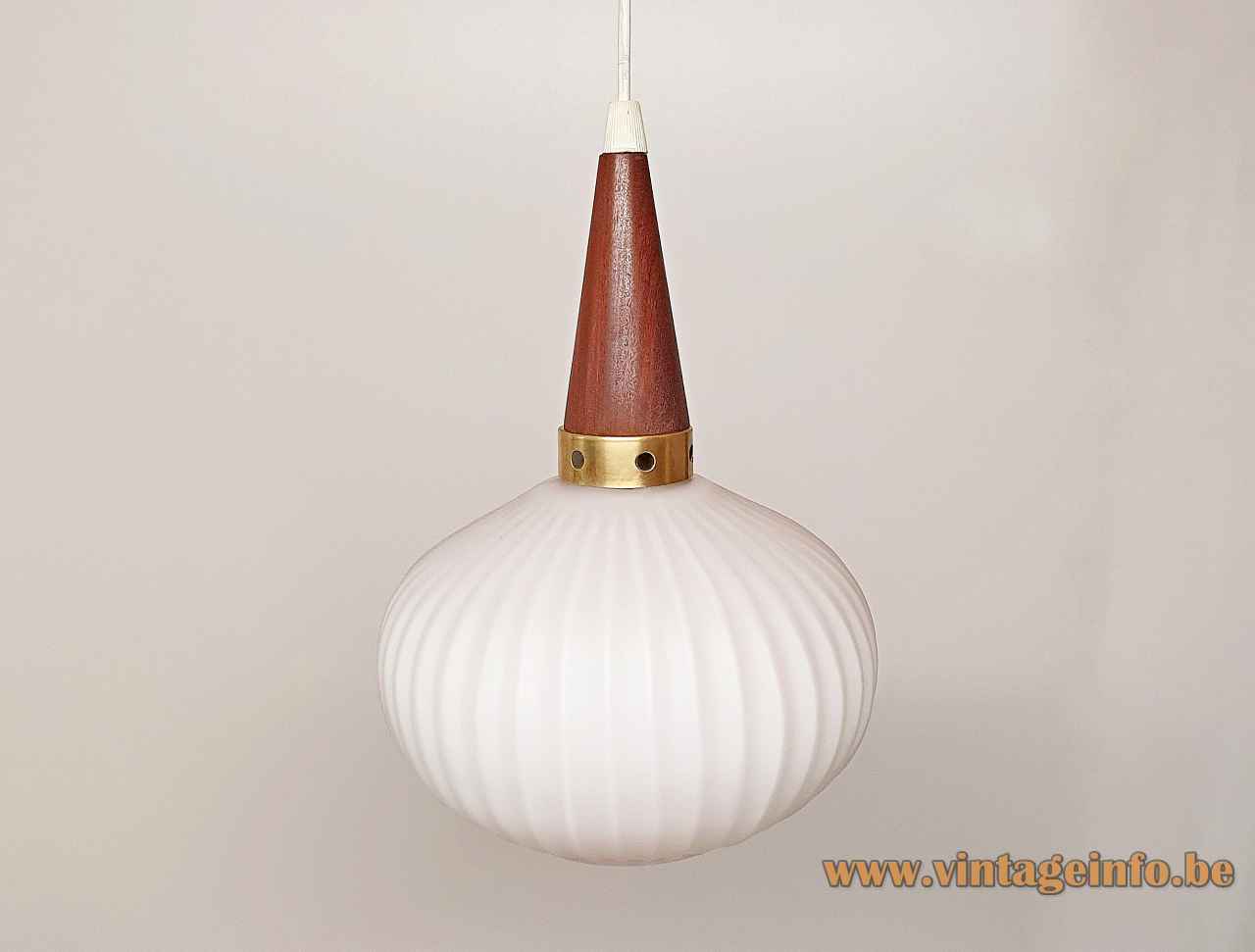 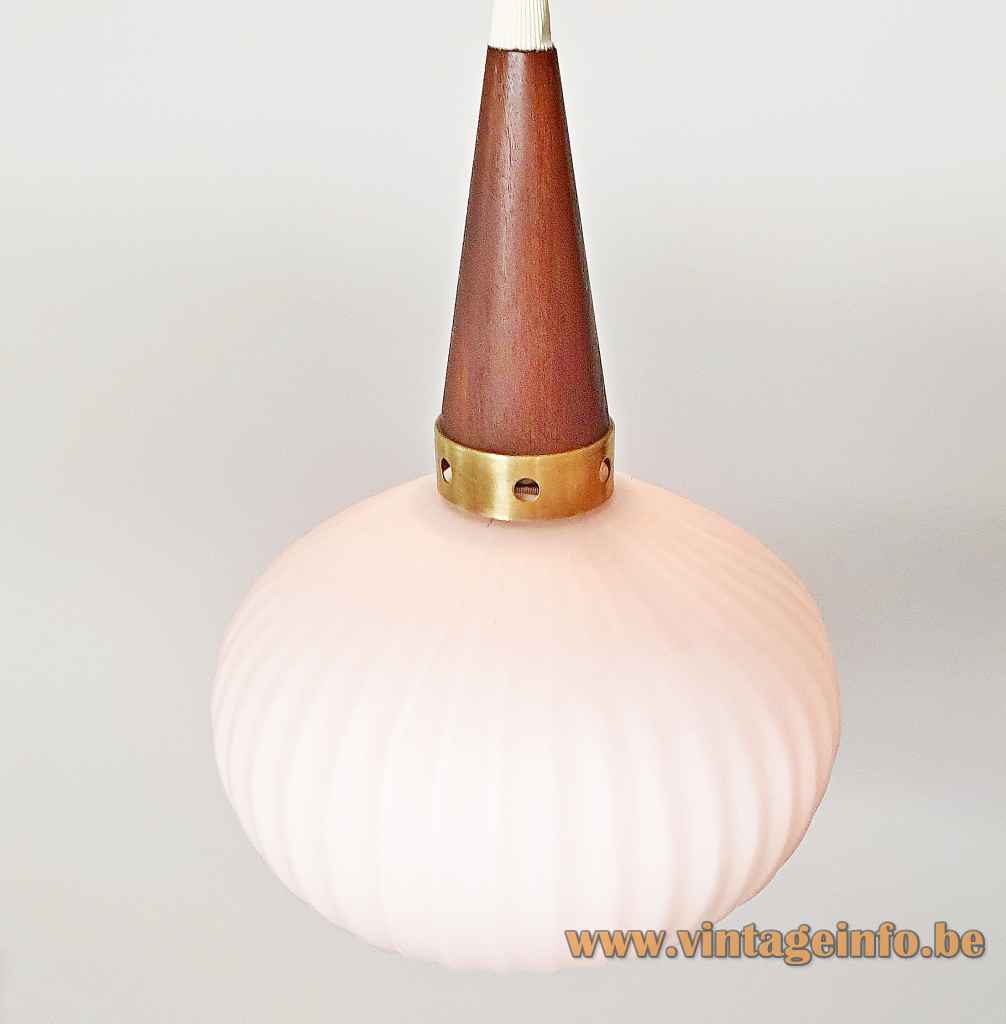 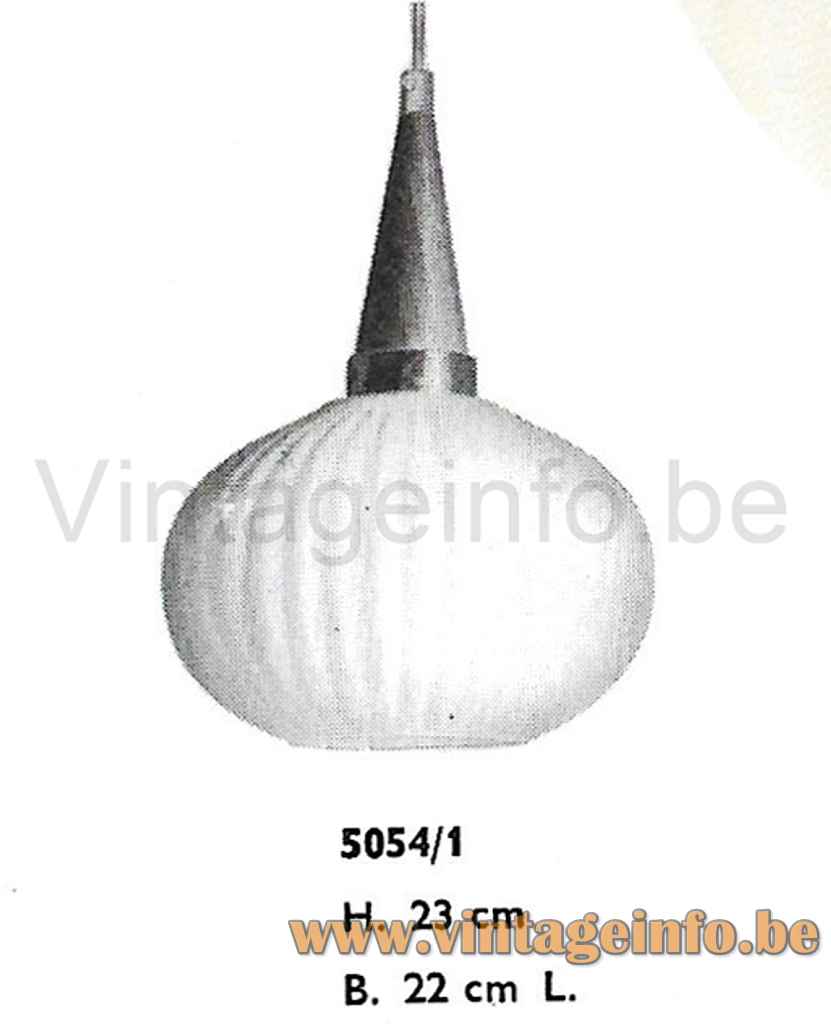 Other versions: This ribbed opal glass pendant lamp exists in several variations and forms. Also made as cascade lamp with several lamps together. Smaller and round versions exists. A version with 3 lamps can be found here.

These pendant lamps and the chandeliers of this type of lamps are most of the time attributed to Louis Kalff from Philips. Philips produced comparable lamps as so many companies did at that time. The Philips lamps have smaller ribs on the lampshade and no metal ring. The wood is teak, rosewood or some other exotic wood. Also often sold as a lamp from Denmark. Philips never produced lamps with a wooden canopy. This pendant lamp is model 5054/1.

This lamp as a chandelier with 3 lamps

And another ribbed glass pendant lamp

Many Thanks to Ger for the beautiful pictures and enthusiasm.
Many thanks to Bart for the catalogue picture.