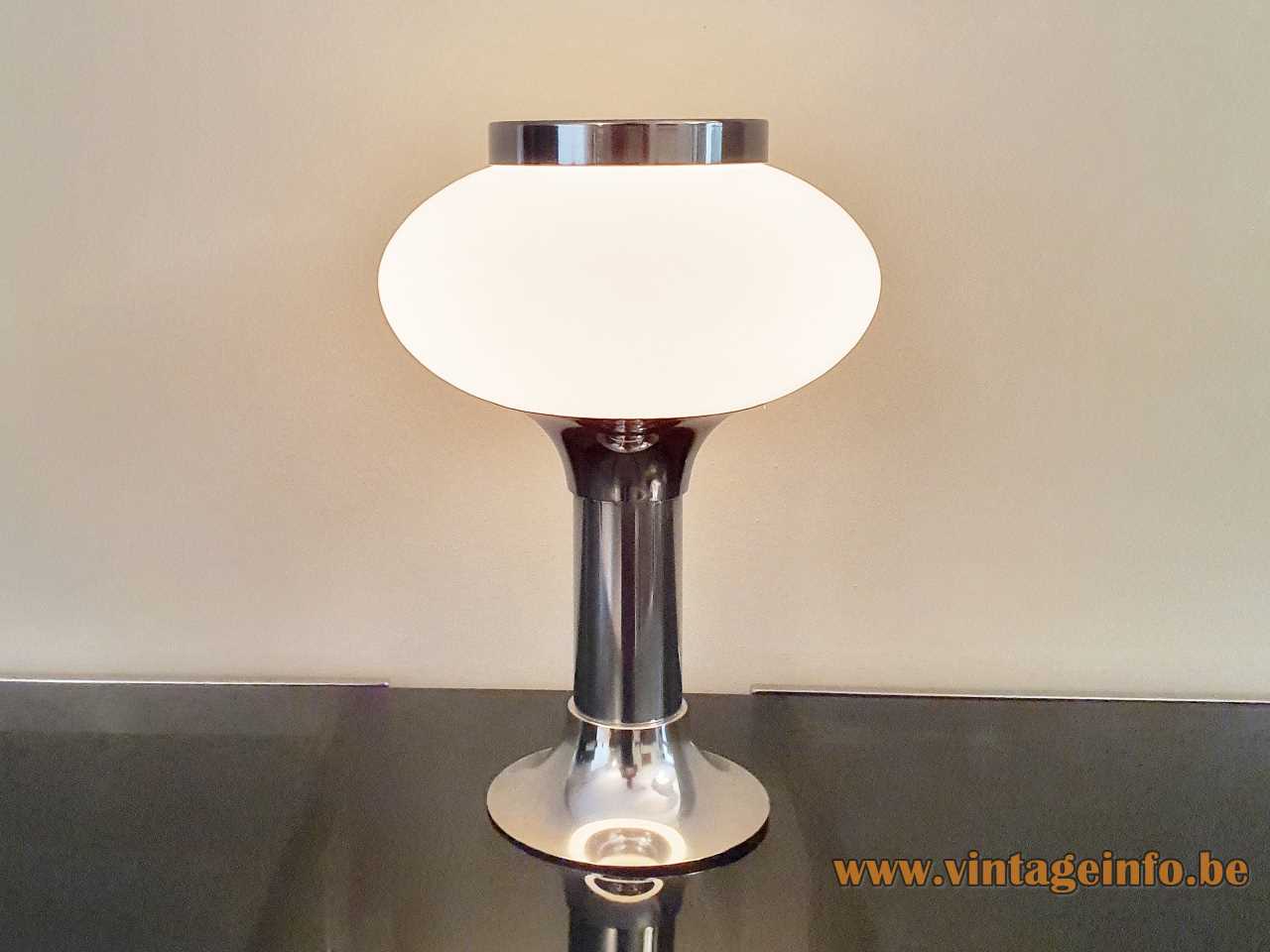 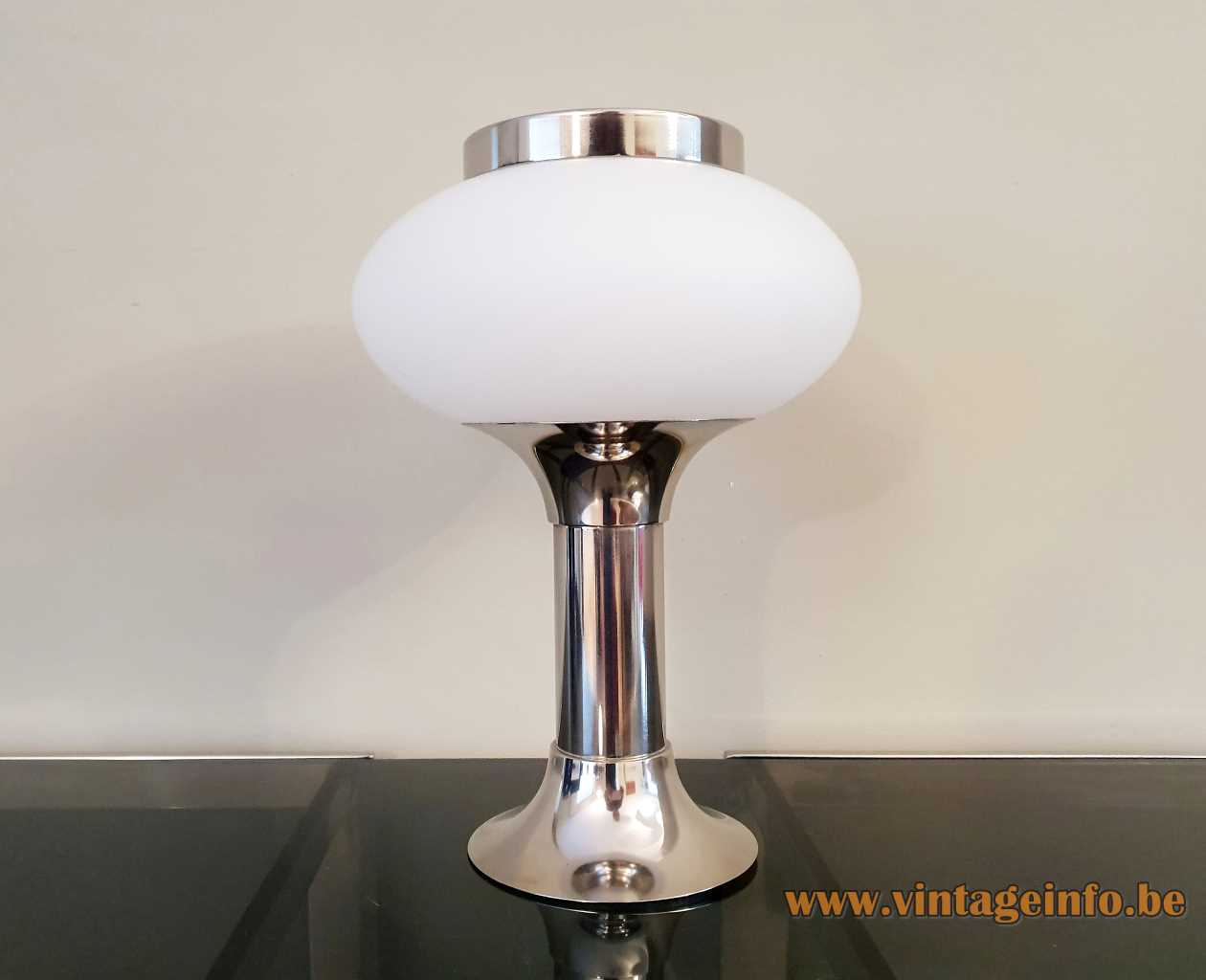 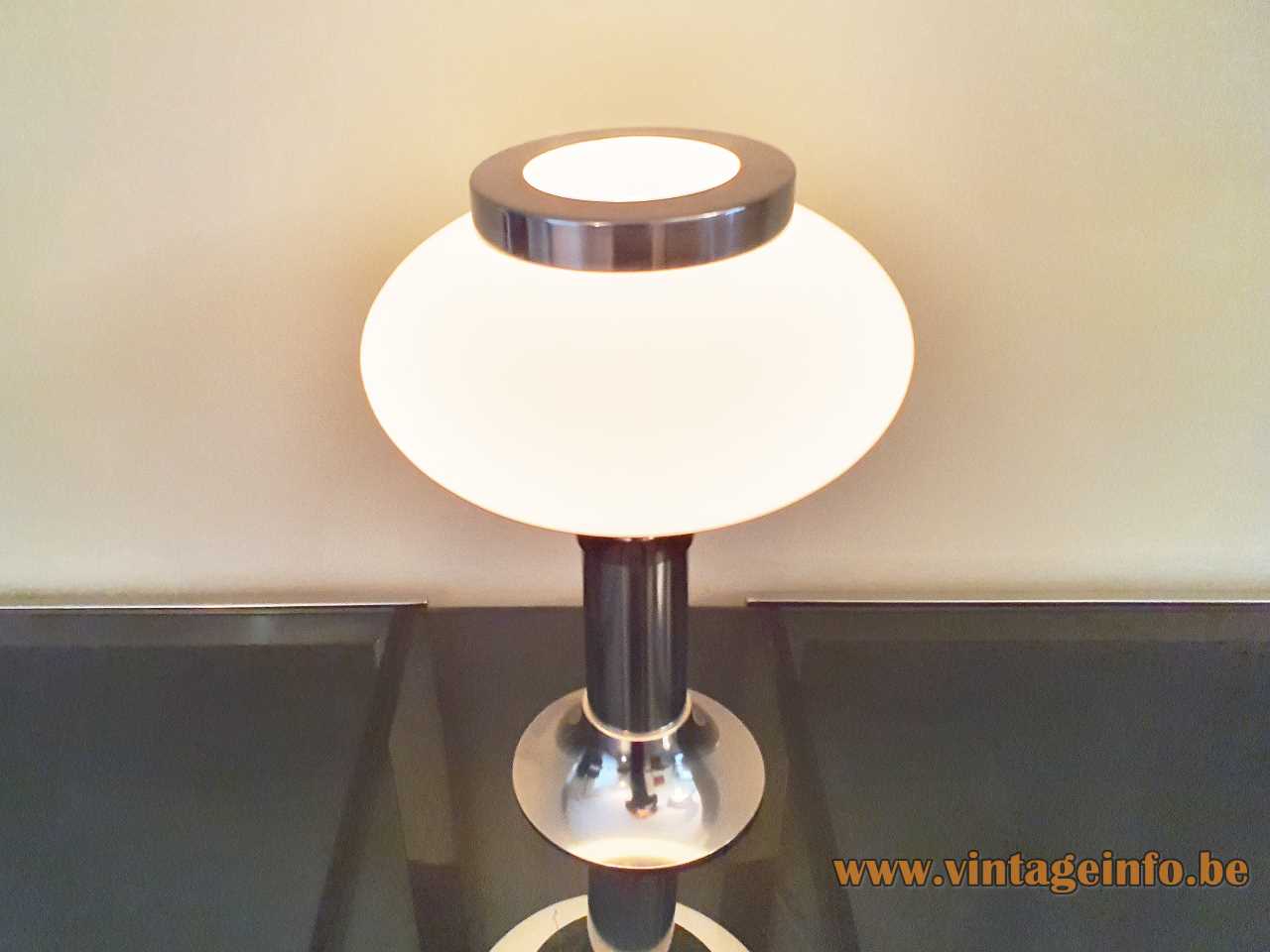 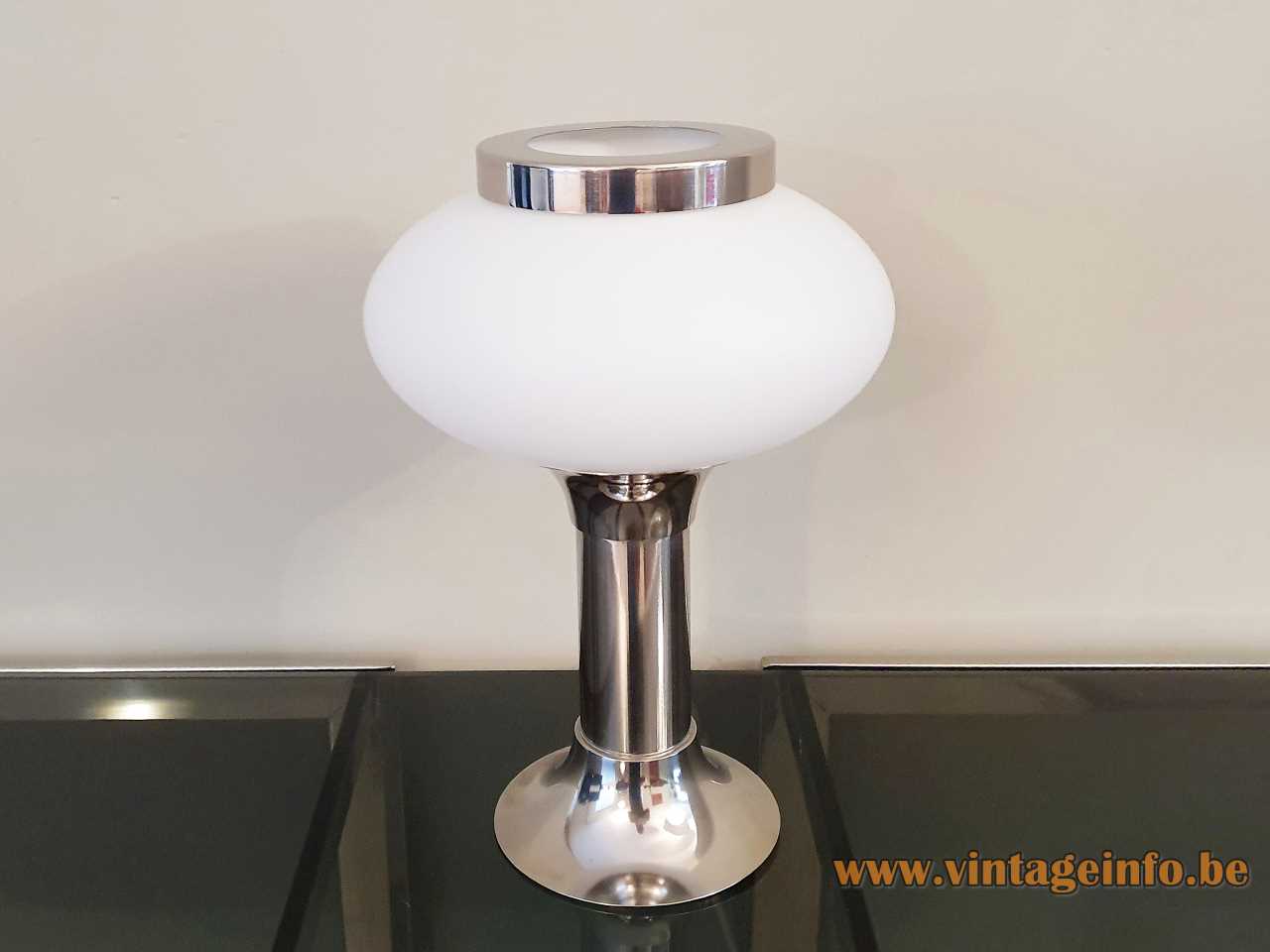 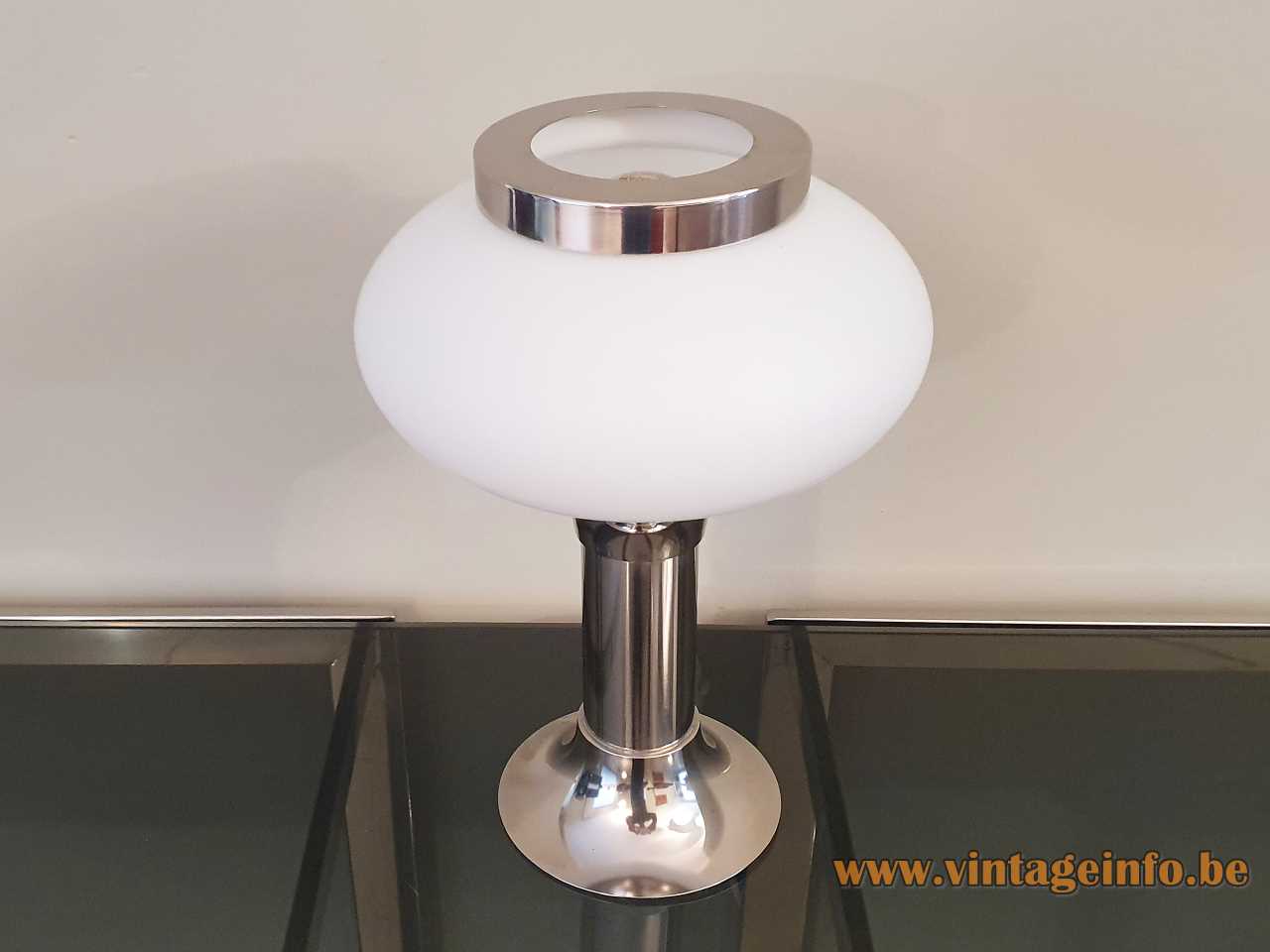 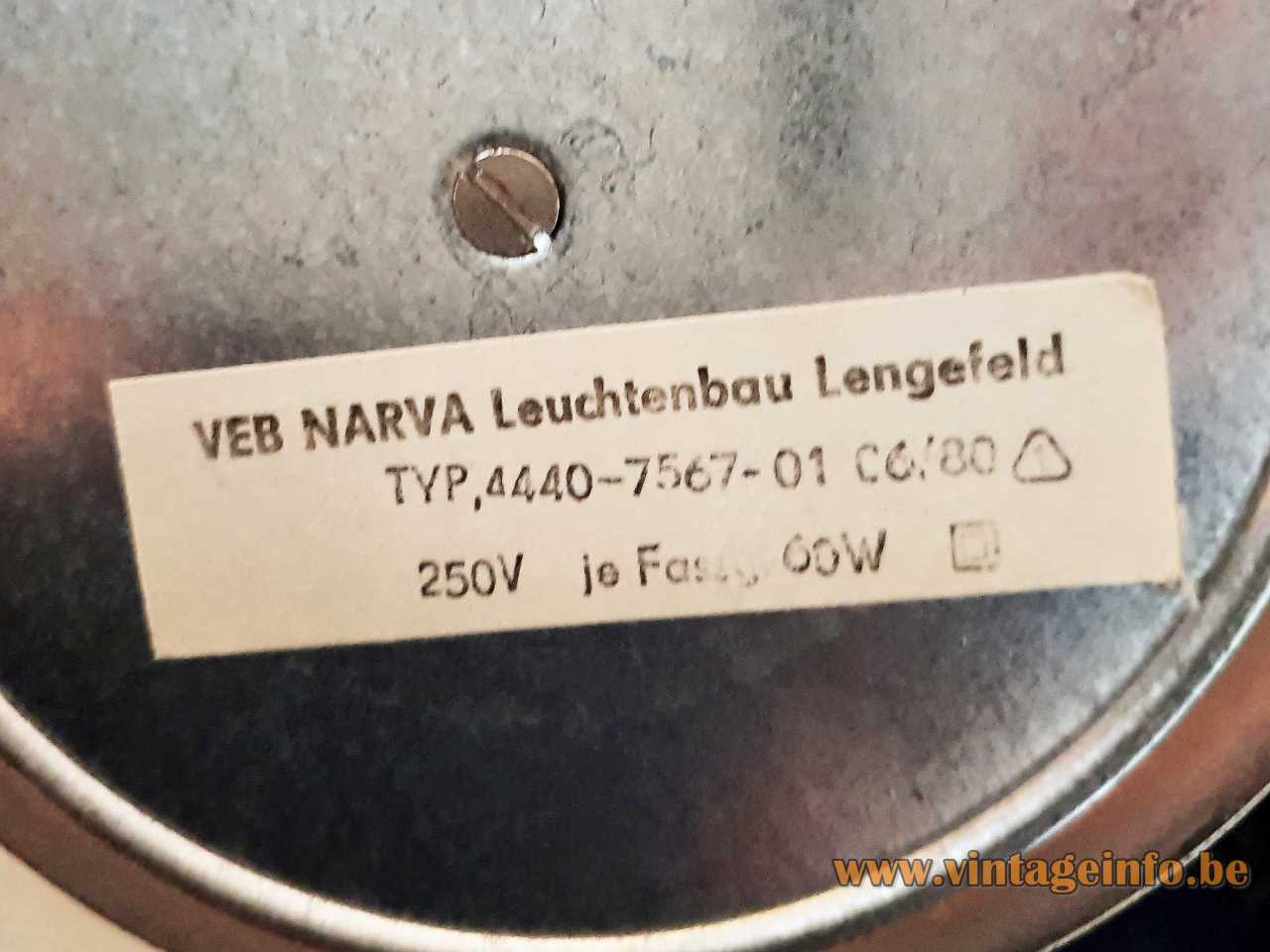 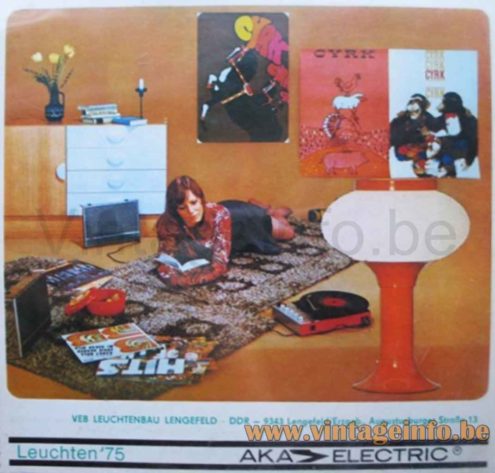 Other versions: This VEB NARVA chrome opal glass table lamp exists as a table lamp and floor lamp. This table lamp is model 4440-7567-01 C6/80, as labelled.

Right after World War II in 1946, the name changed into VEB Leuchtenbau, as every almost every light company in the GDR did. In 1963 they manufactured some 1.5 million lamps, of which 80% were exported. In 1965 they produced 120 different models of lamps. 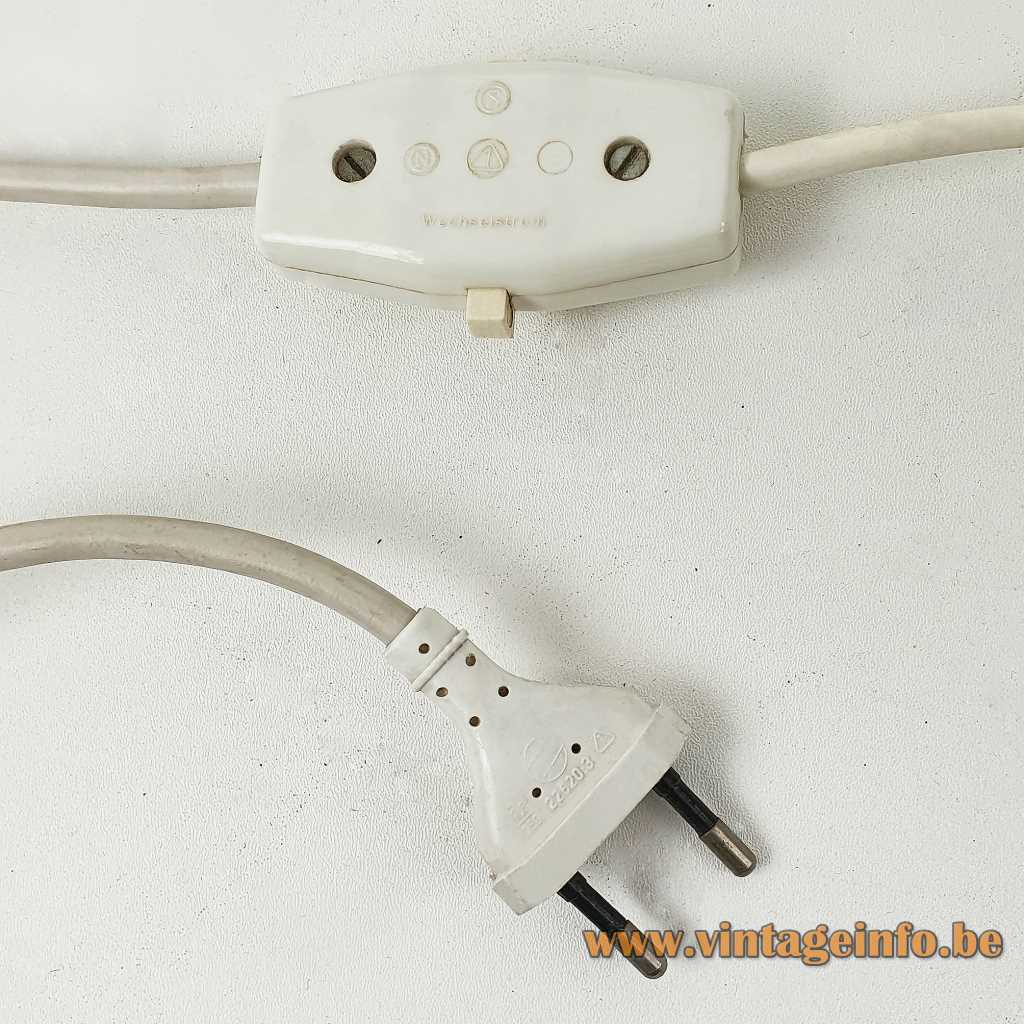 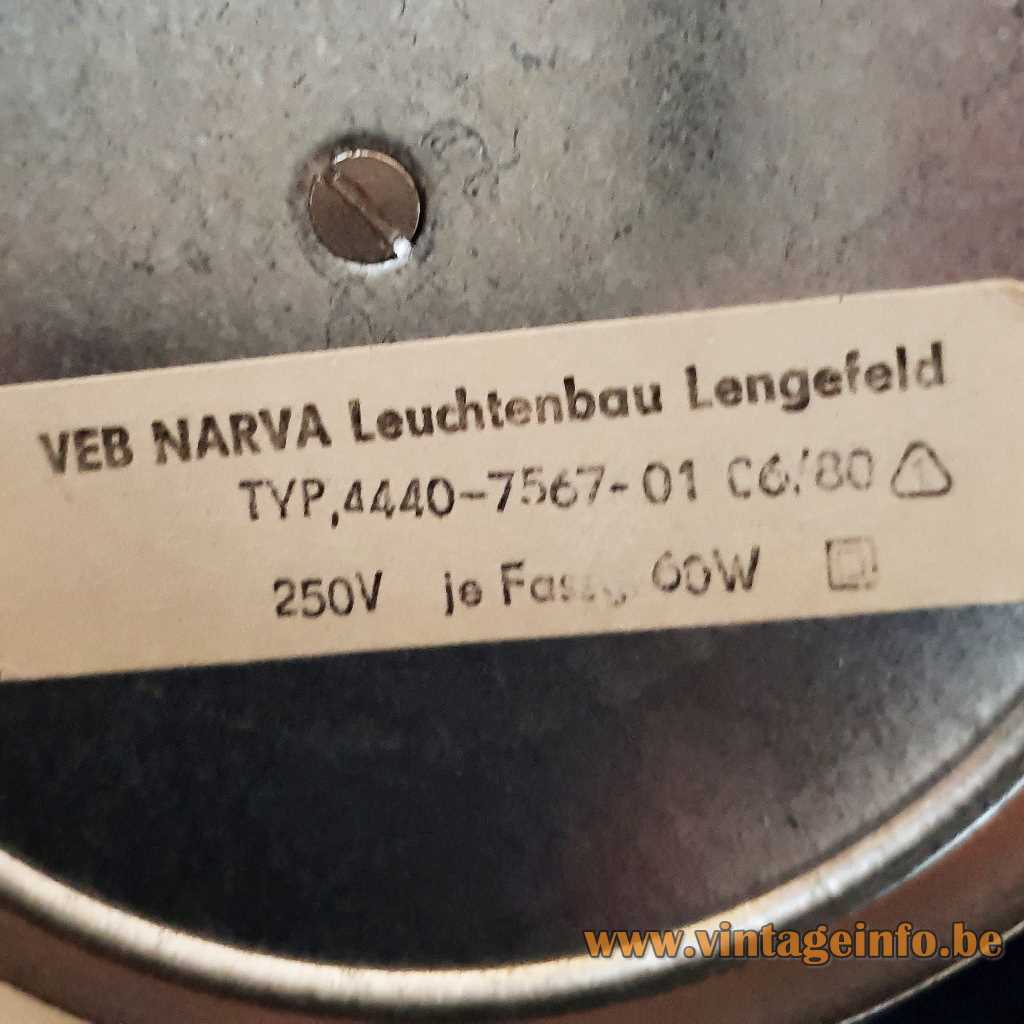