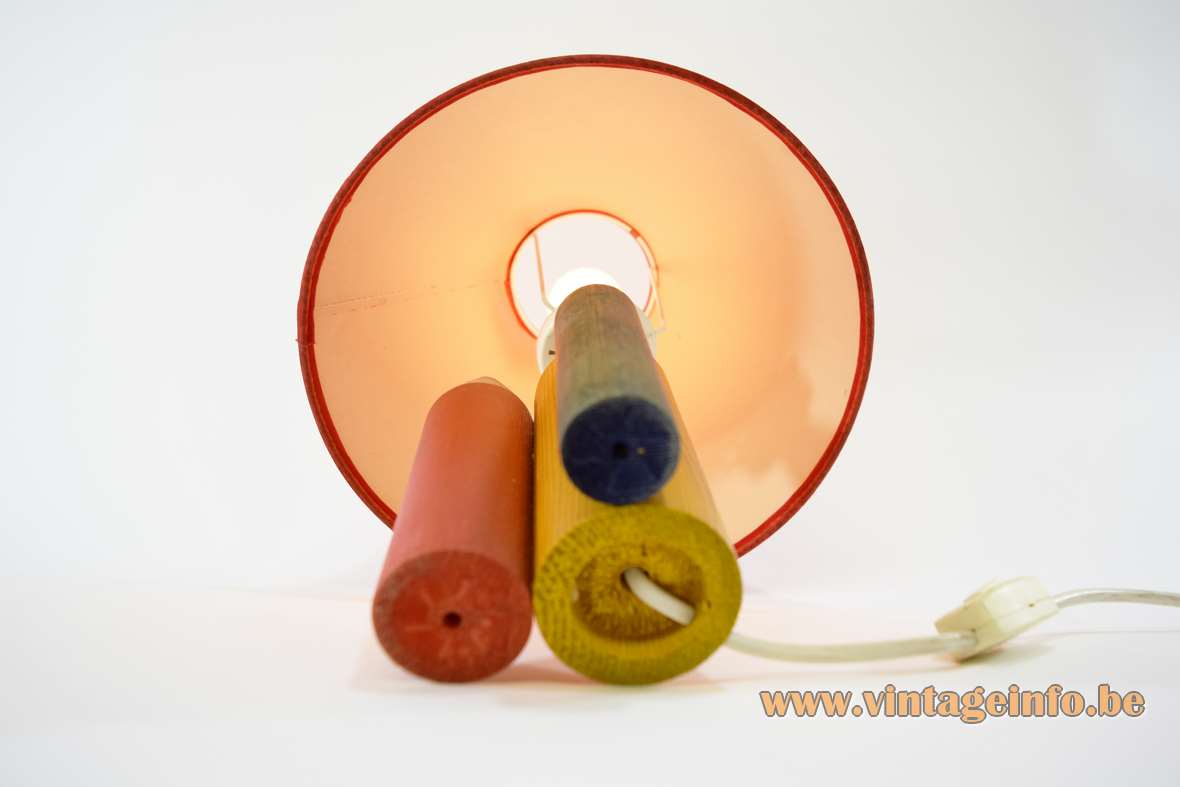 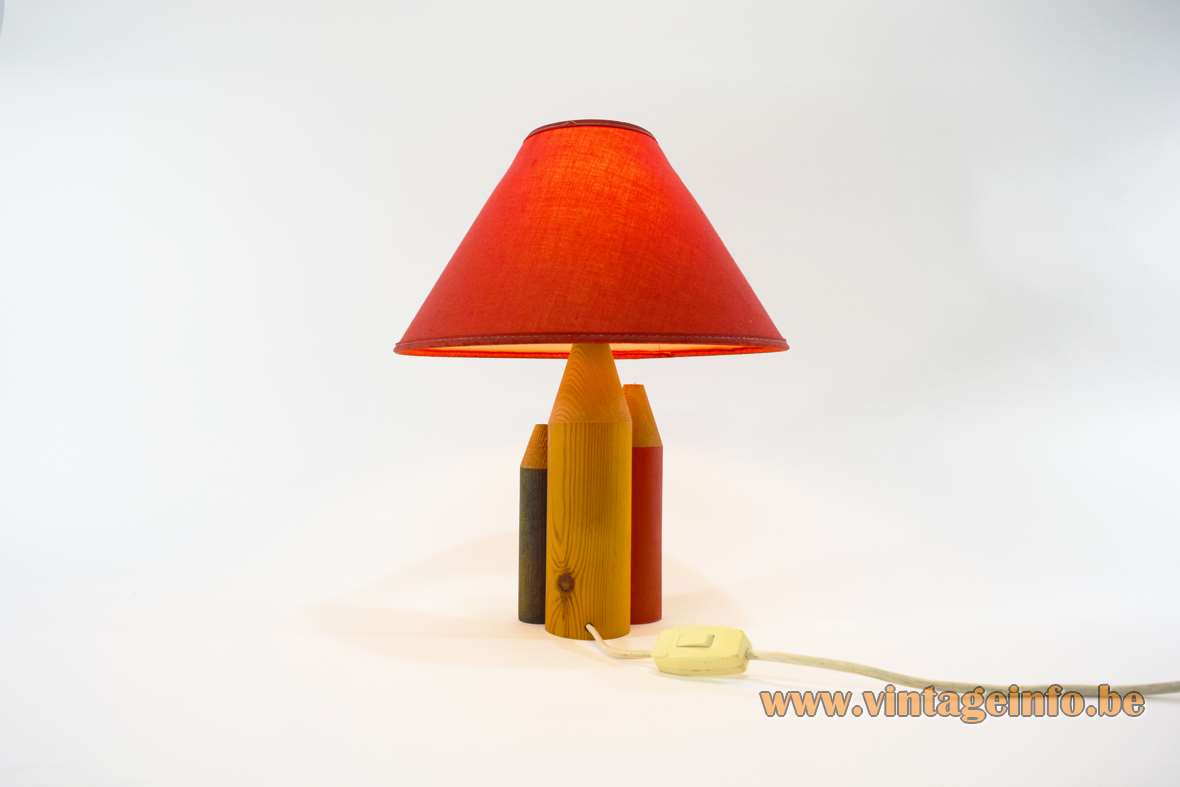 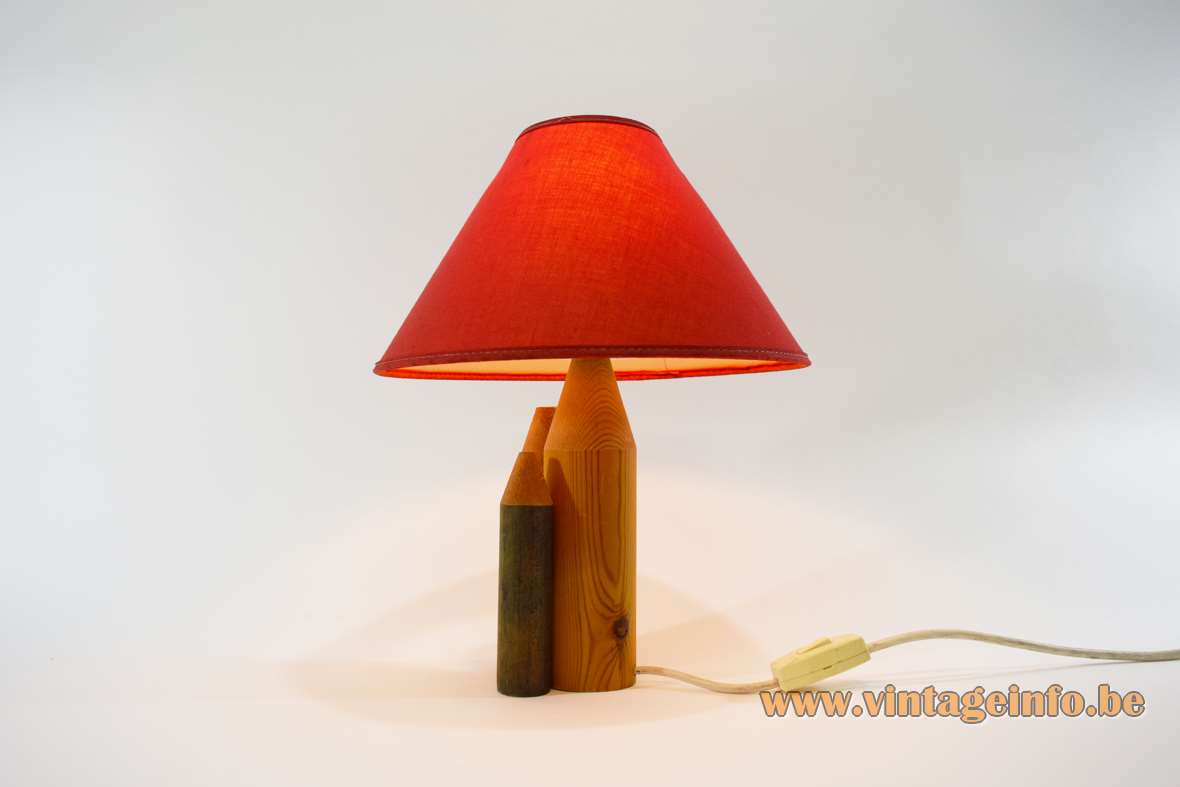 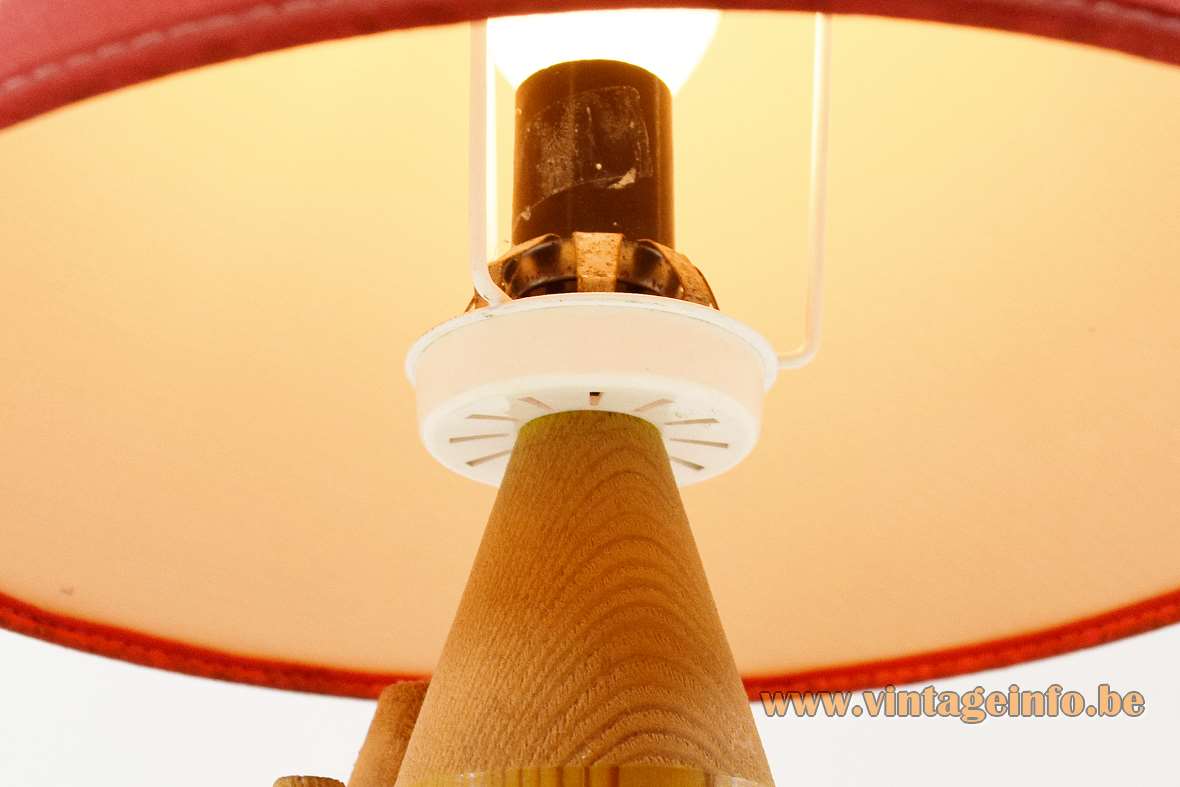 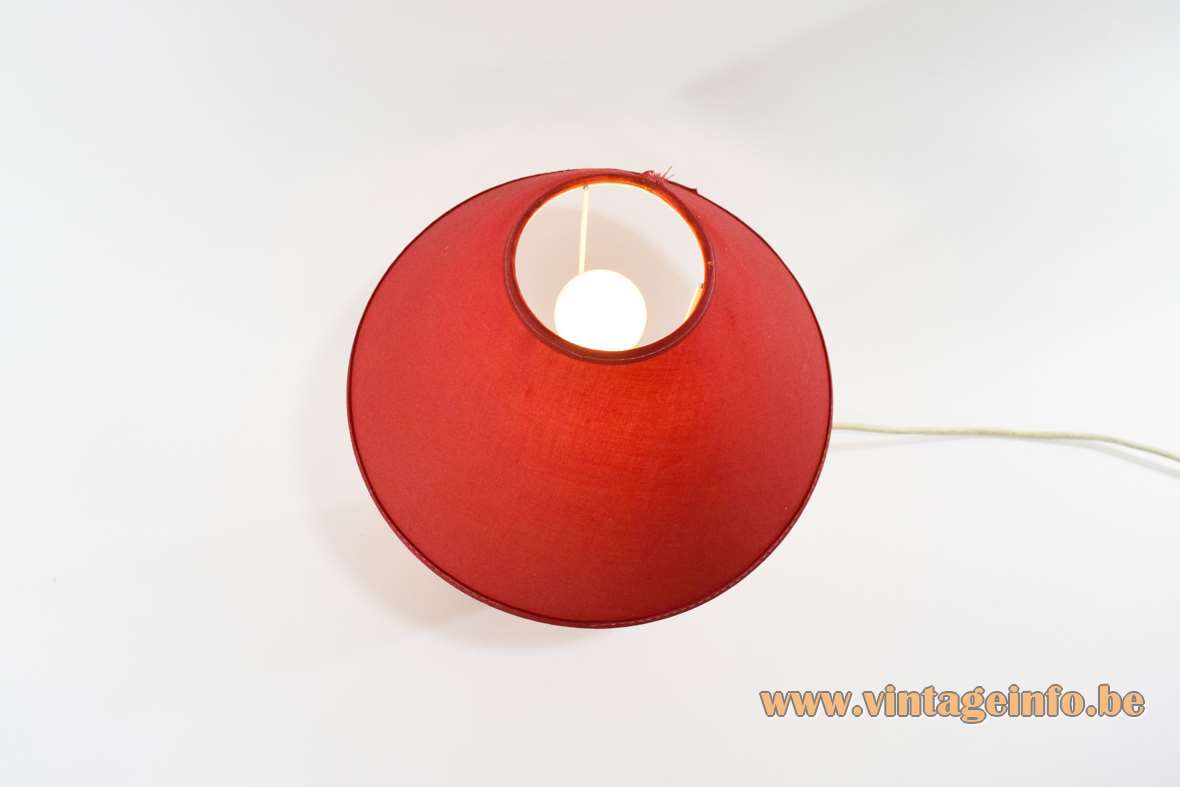 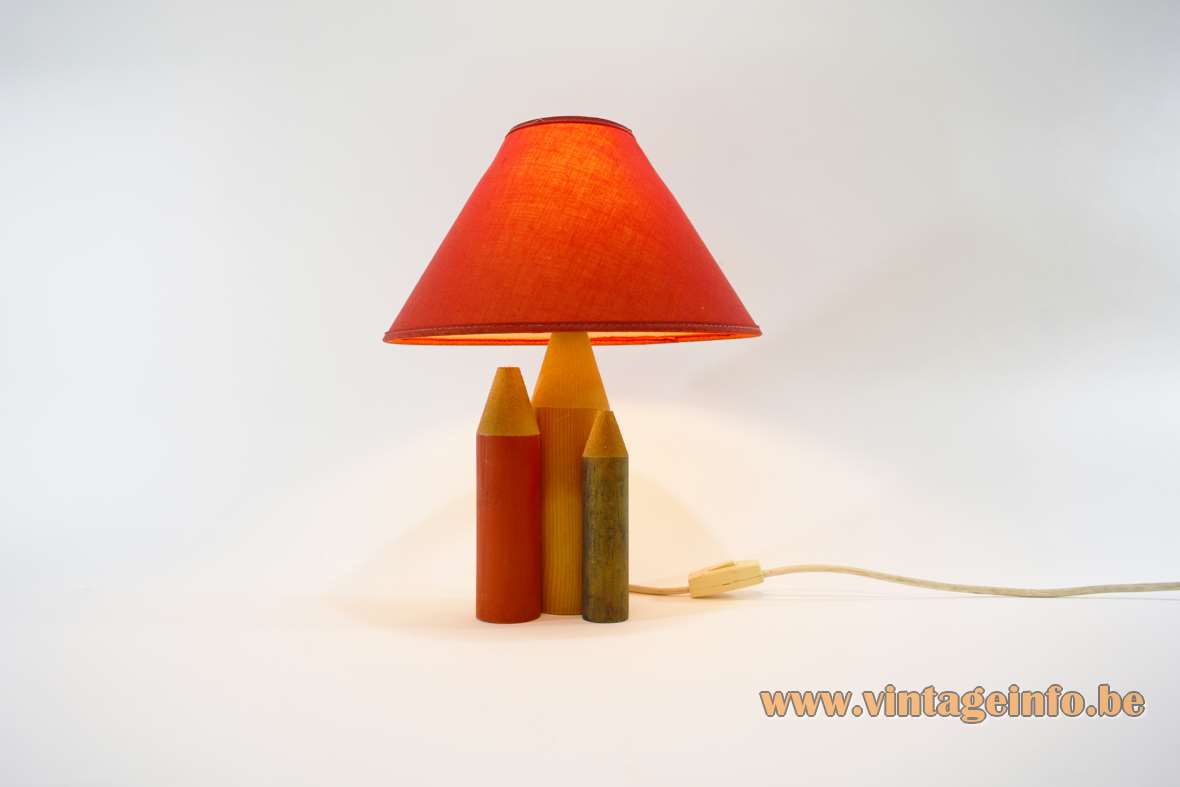 This lamp has a label with the monogram WL. No information to be found, unfortunately.

The switch was produced by Norwegian company ELKO AS – A/S Elektrokontakt. It is the same switch used for the 1st editions of the Jucker lamp designed by Afra and Tobia Scarpa. The Jucker was produced by FLOS for the first time in the early 60s. The switch is produced ever since and is still for sale (2018).

A/S Elektrokontakt was founded in 1945 in Blåkorsgården in Oslo, Norway. It was the engineers Ervik and Kristensen who after the Second World War saw a huge demand for electromechanical products. It became a huge company over the years.

Similar lamps with 1 and 3 pencils were produced by Tarogo (Paul-Yu Ind. Corporation) from Taiwan, probably in the 80s or 90s. The company was founded in 1978.

Switch for sale on Clas Ohlson 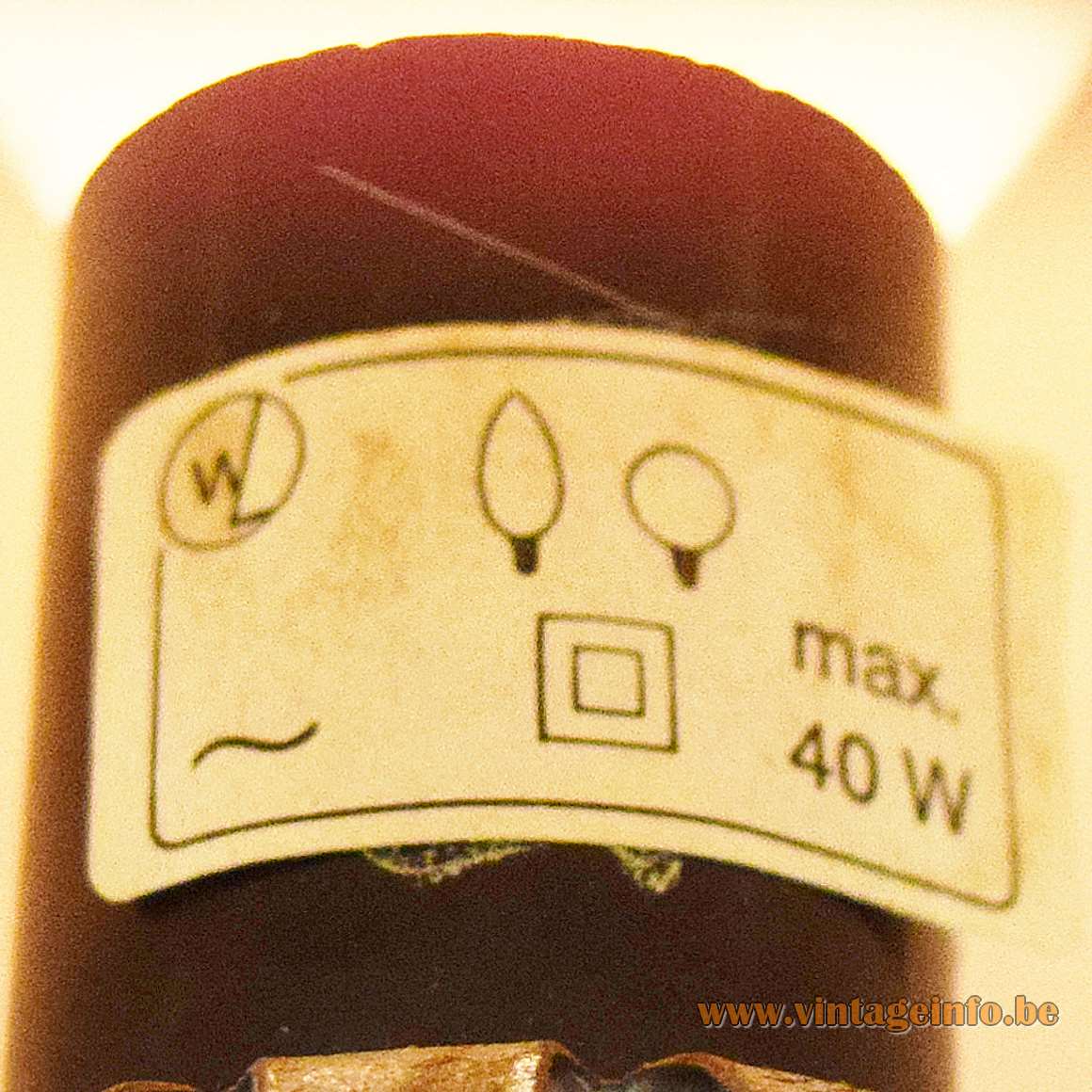 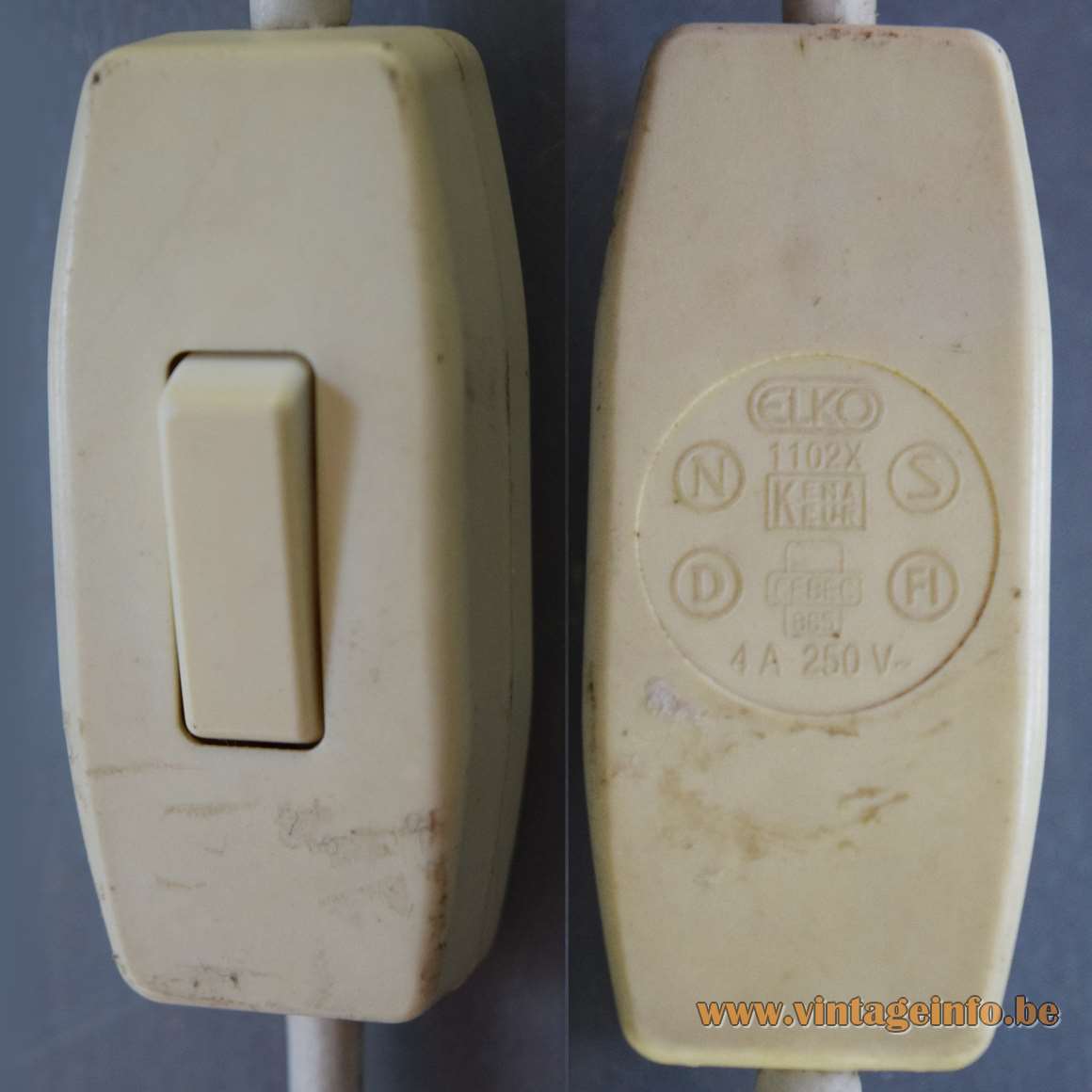