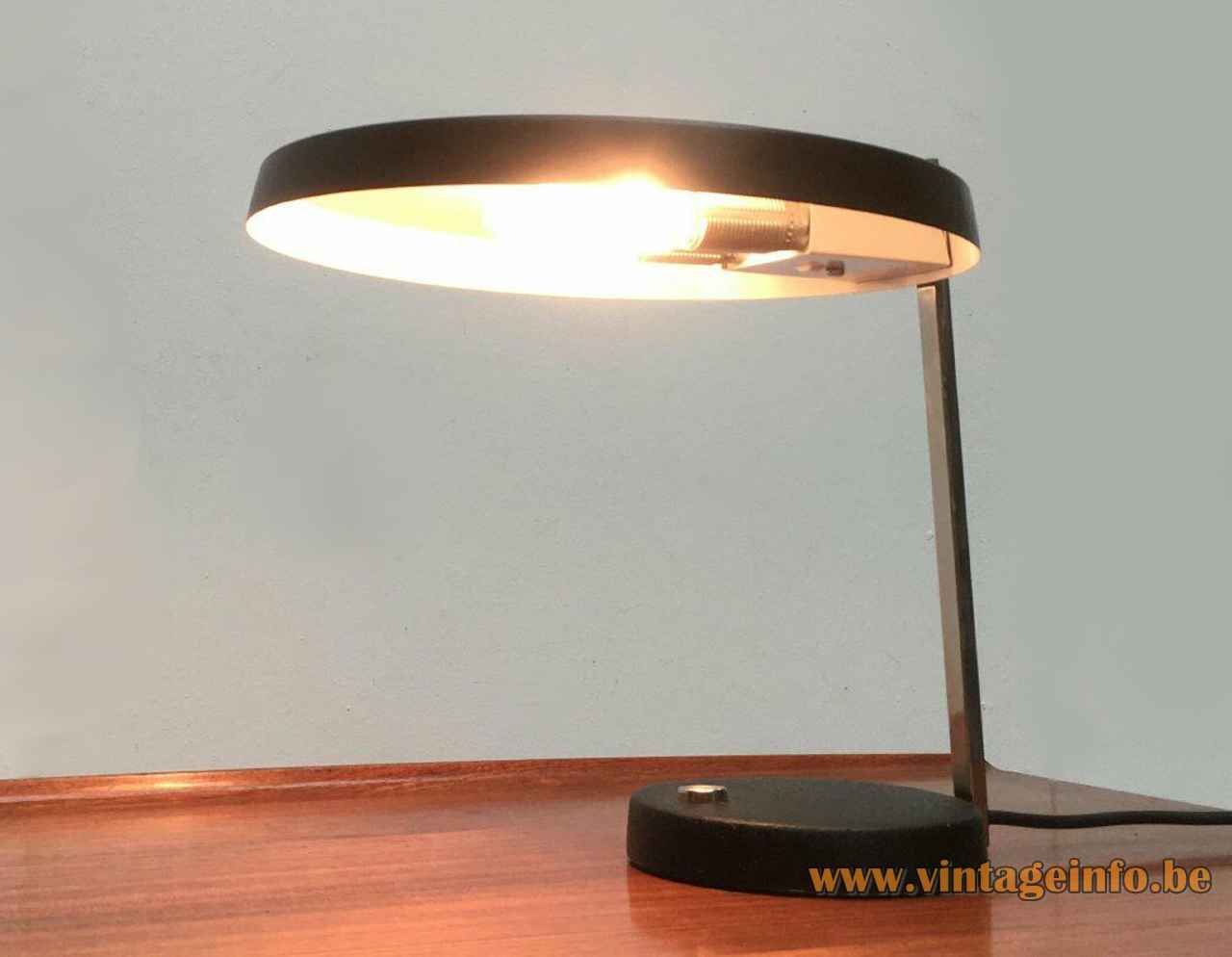 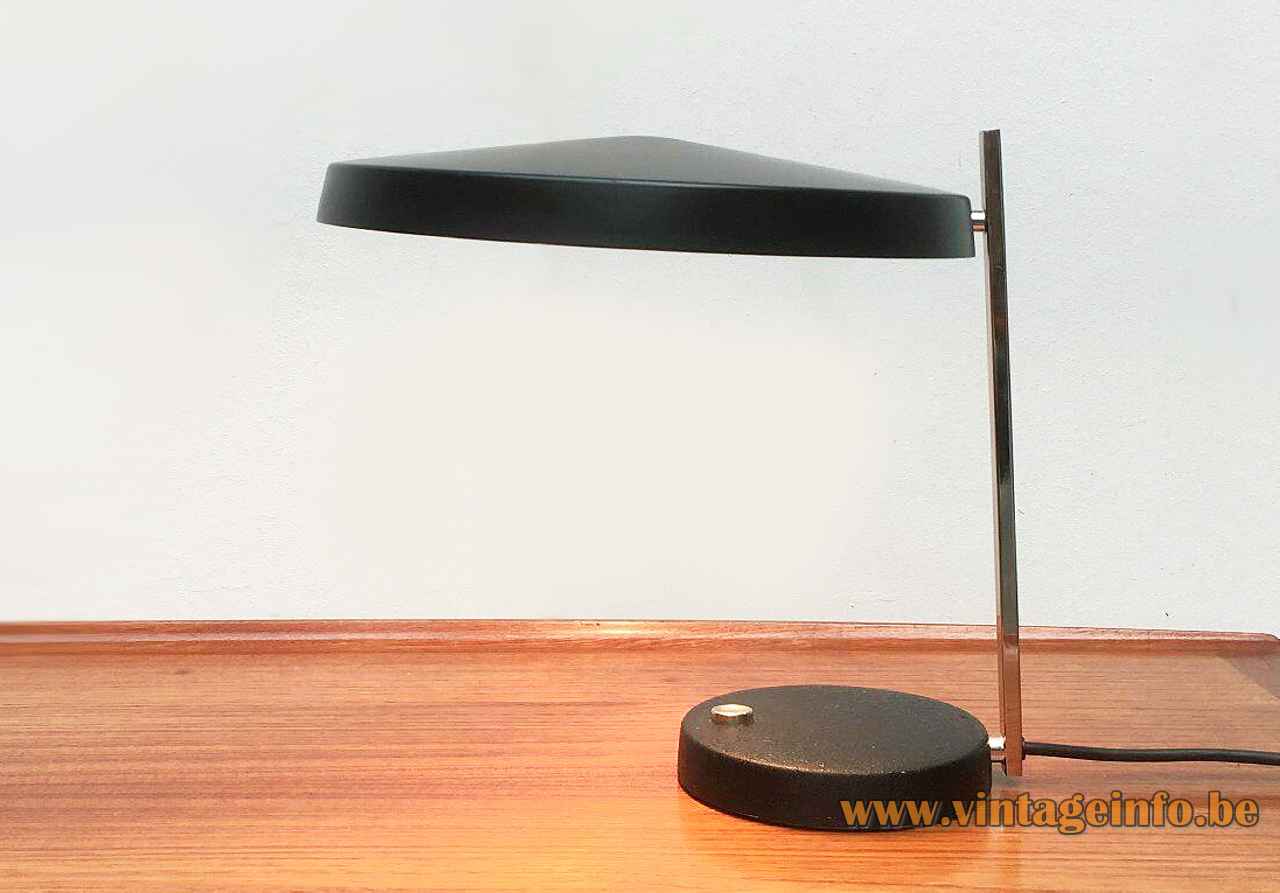 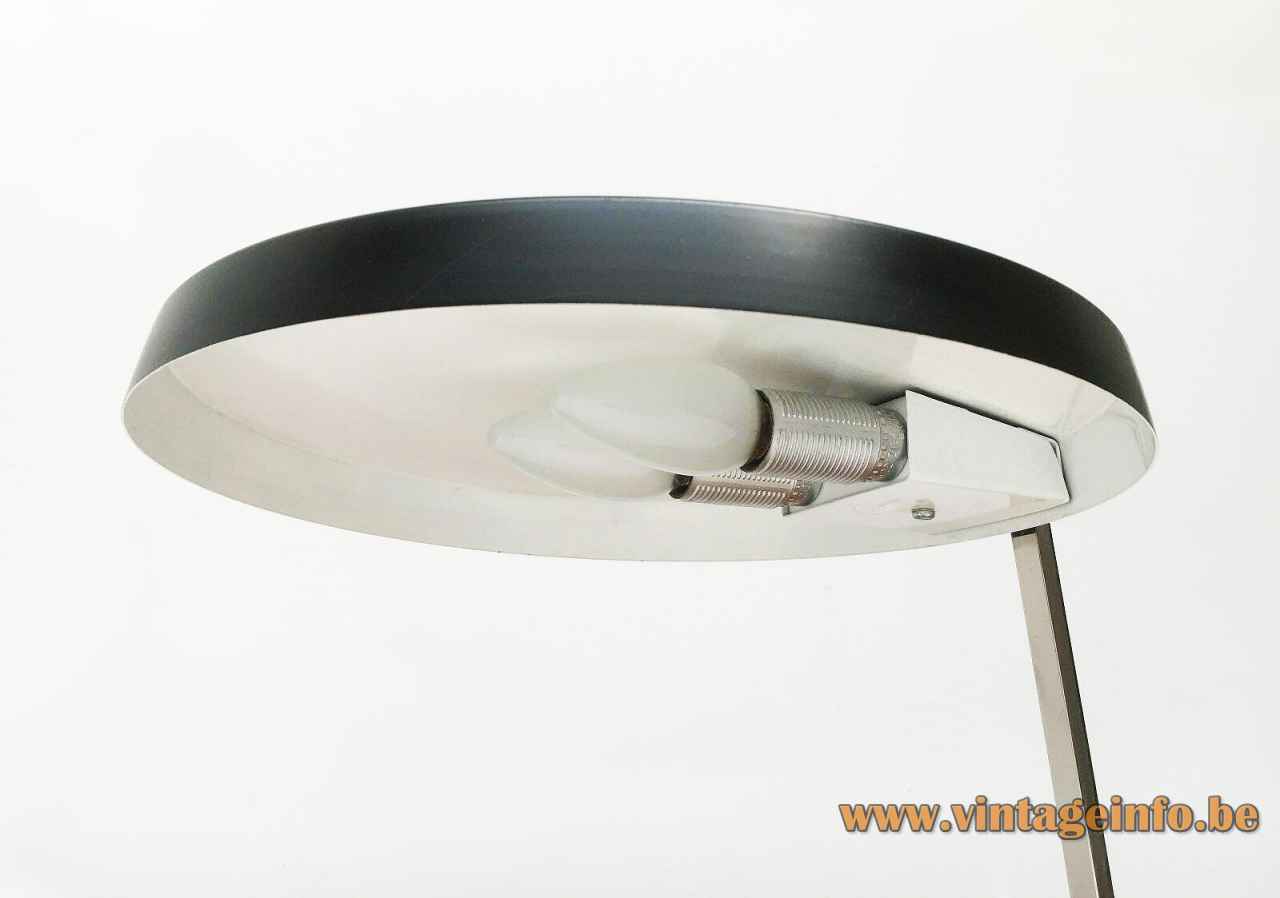 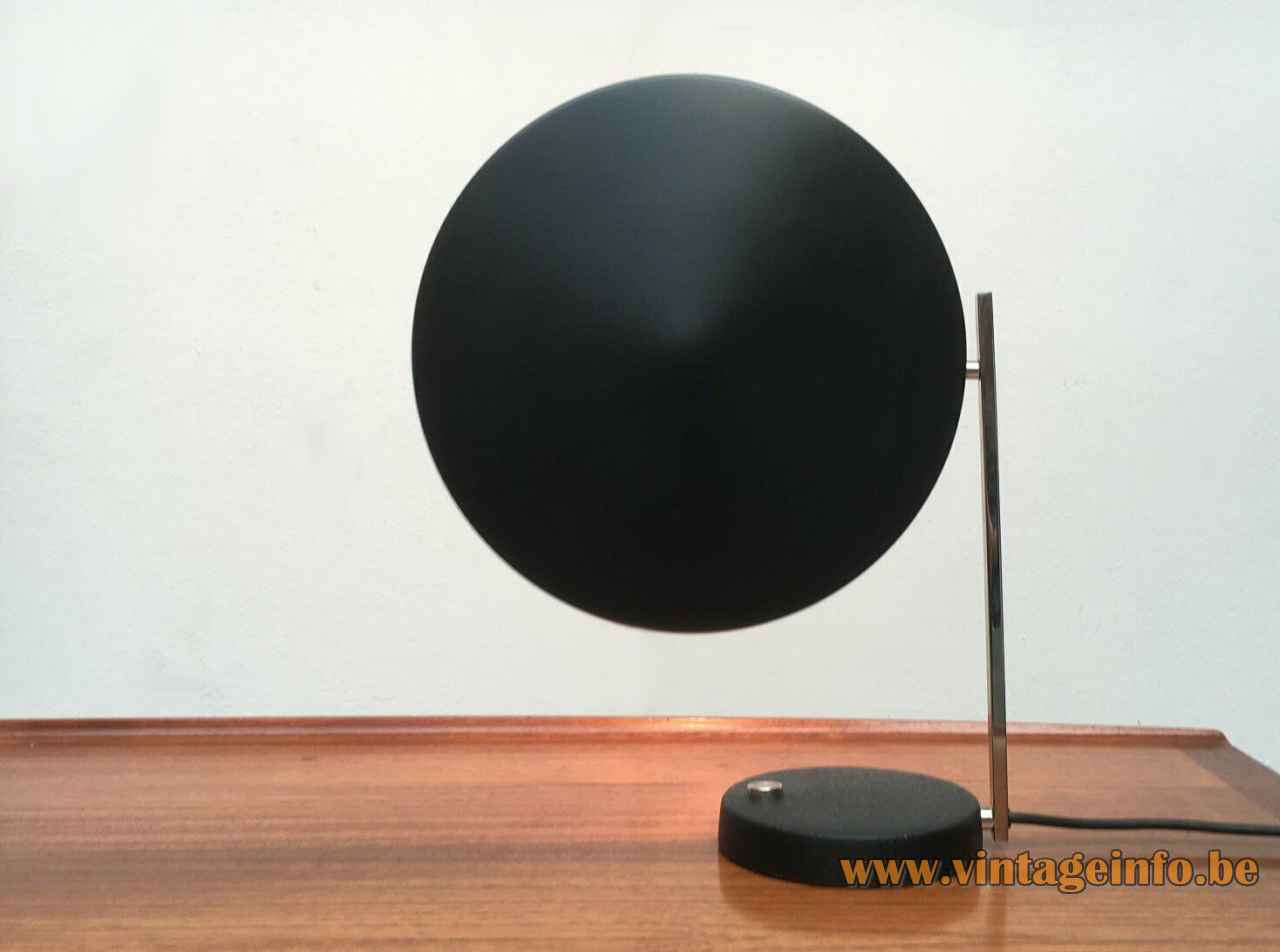 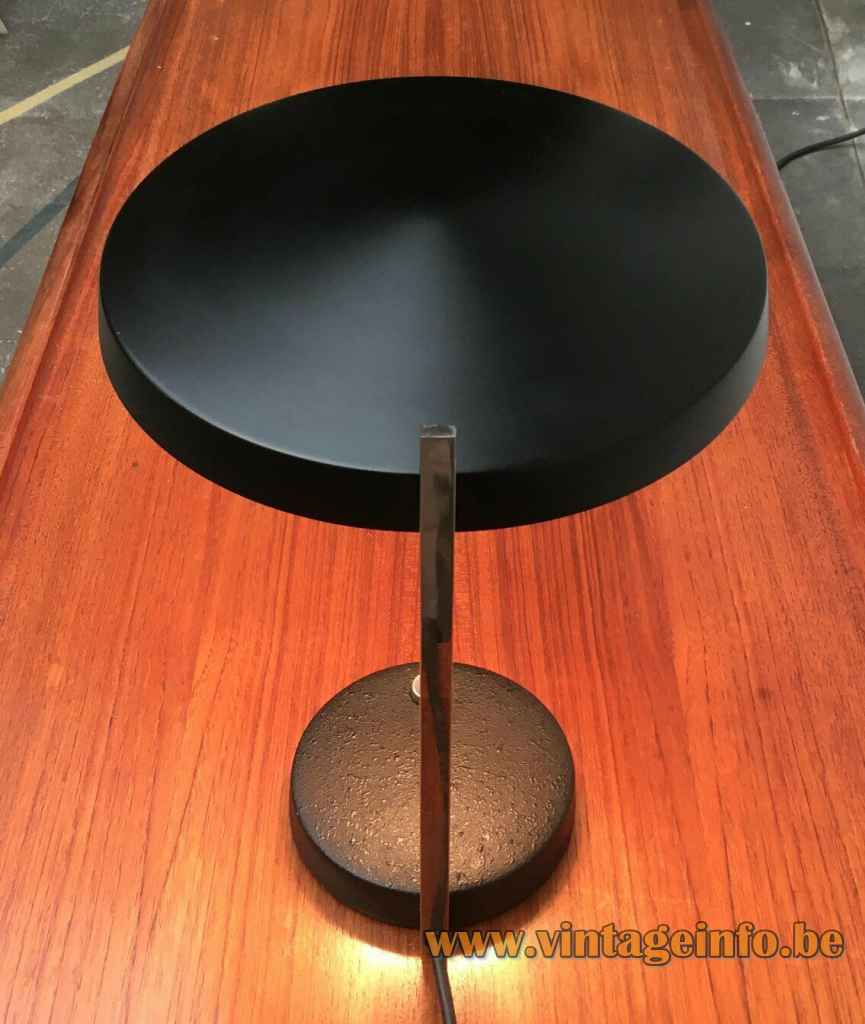 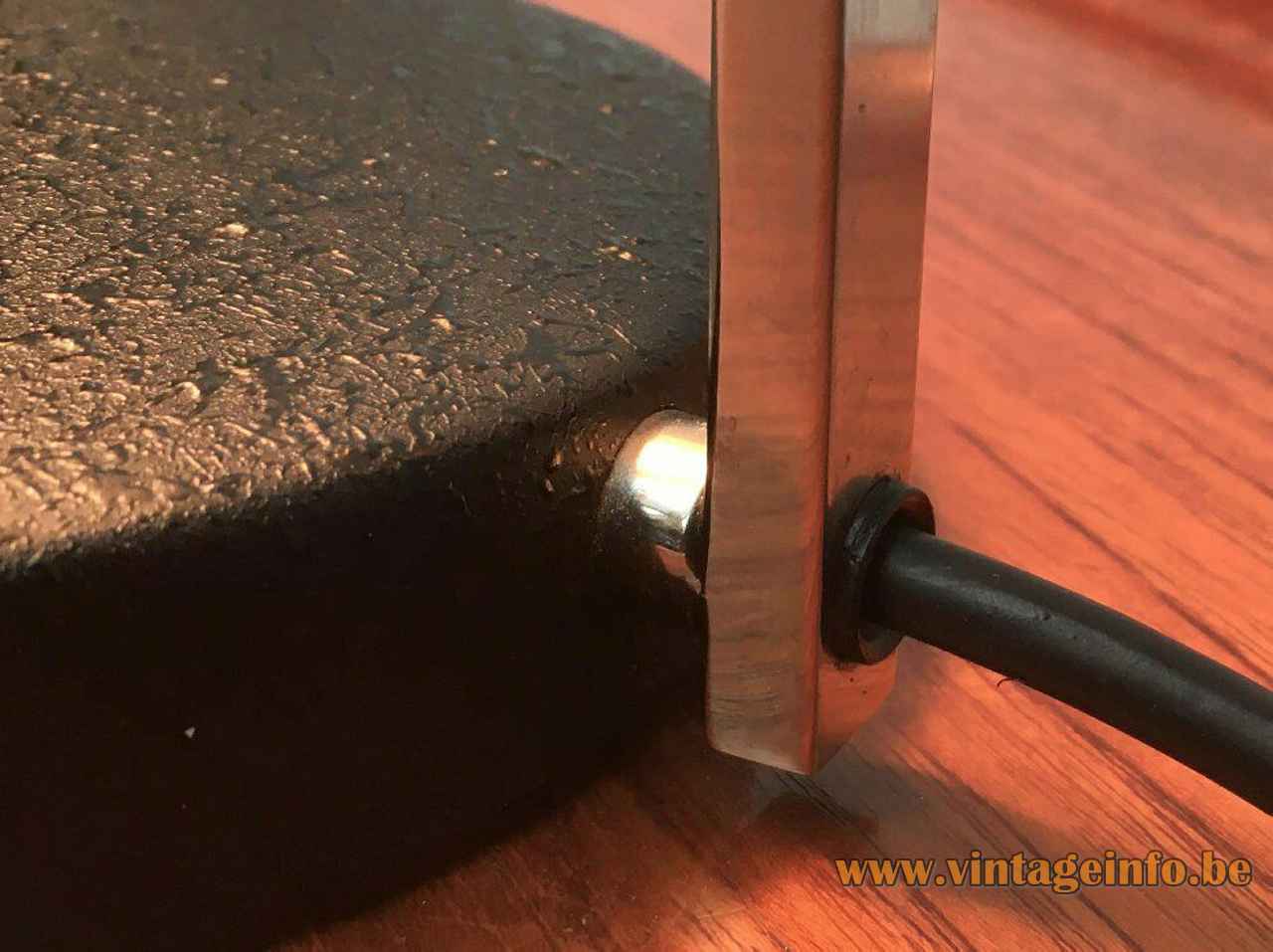 Other versions: This Hillebrand Oslo desk lamp exists in several colours. Also produced with a brass rod instead of chrome.

Dr. Heinz Georg Pfaender or in German: Pfänder was born 13 January 1928 in Heilbronn, Baden-Württemberg, Germany. He grew up in Kleingartach where his father Otto Hermann worked as a school teacher.

In the late 1950s Heinz Pfaender moved to Darmstadt were he married Liselotte. He became one of the founders of the design department of the local university.

During his career he wrote several books and designed many items: from small to heavy machinery to daily life goods. In 1961,  Heinz Pfaender designed the Oslo table lamp and in 1963 the Bornholm desk lamp. Two design-icons of the Hillebrand company. He resigned as a professor in the mid 1990s.