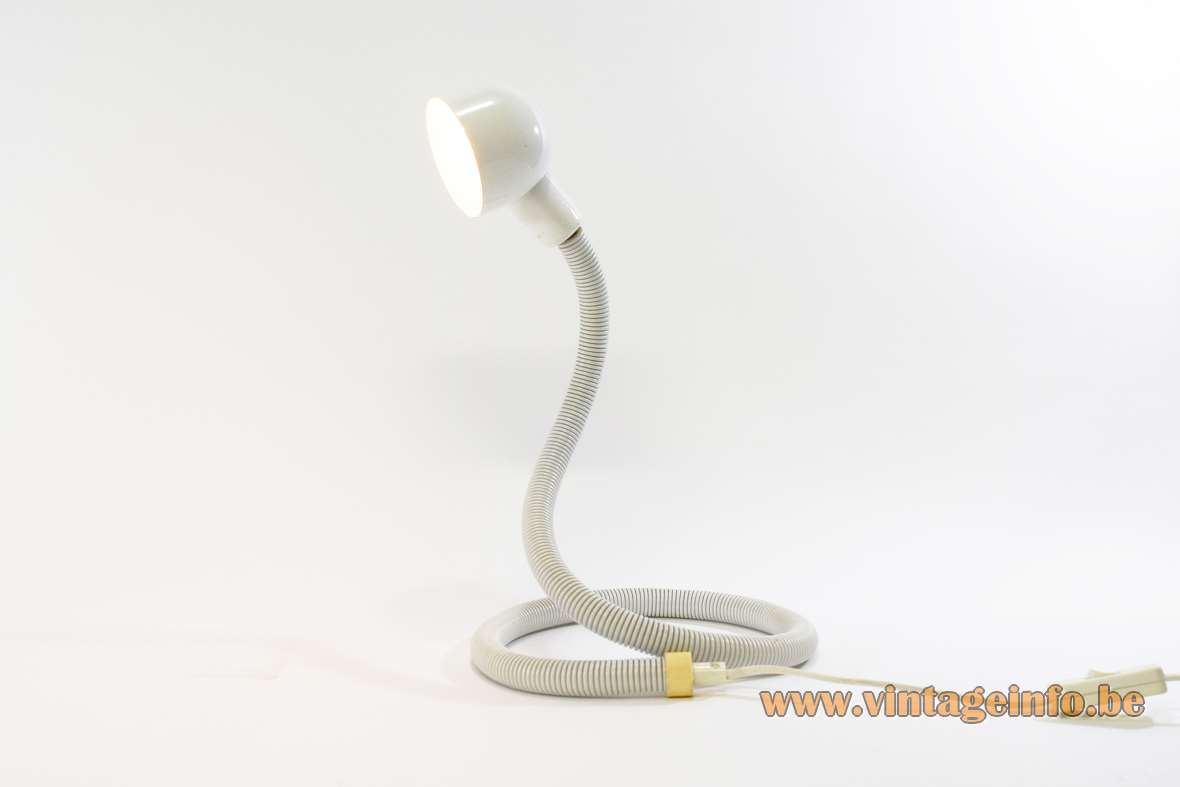 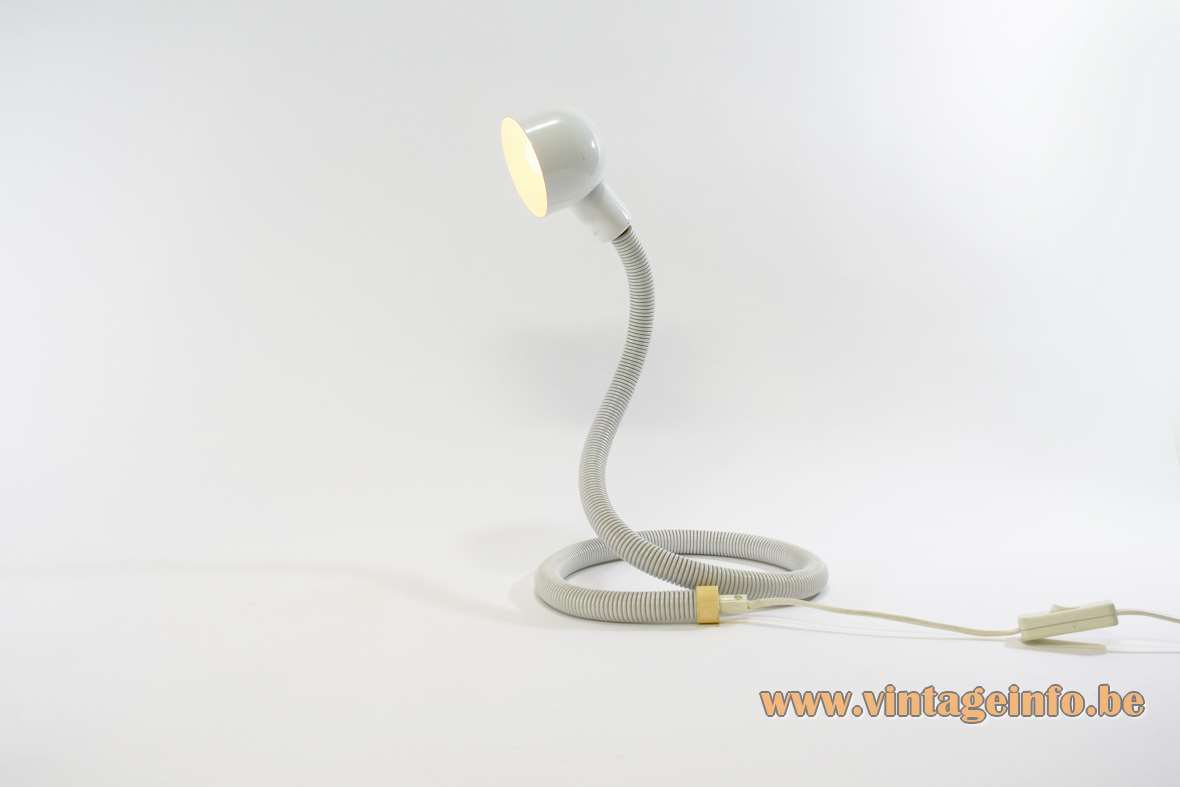 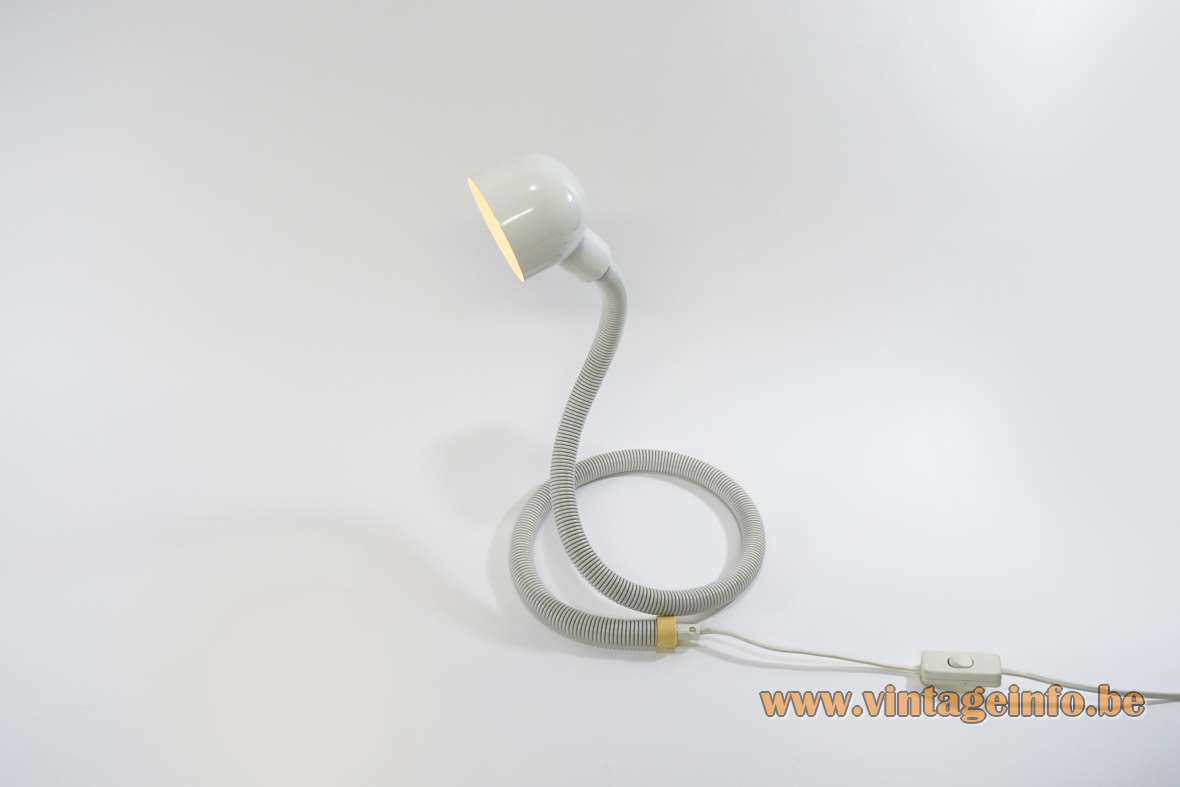 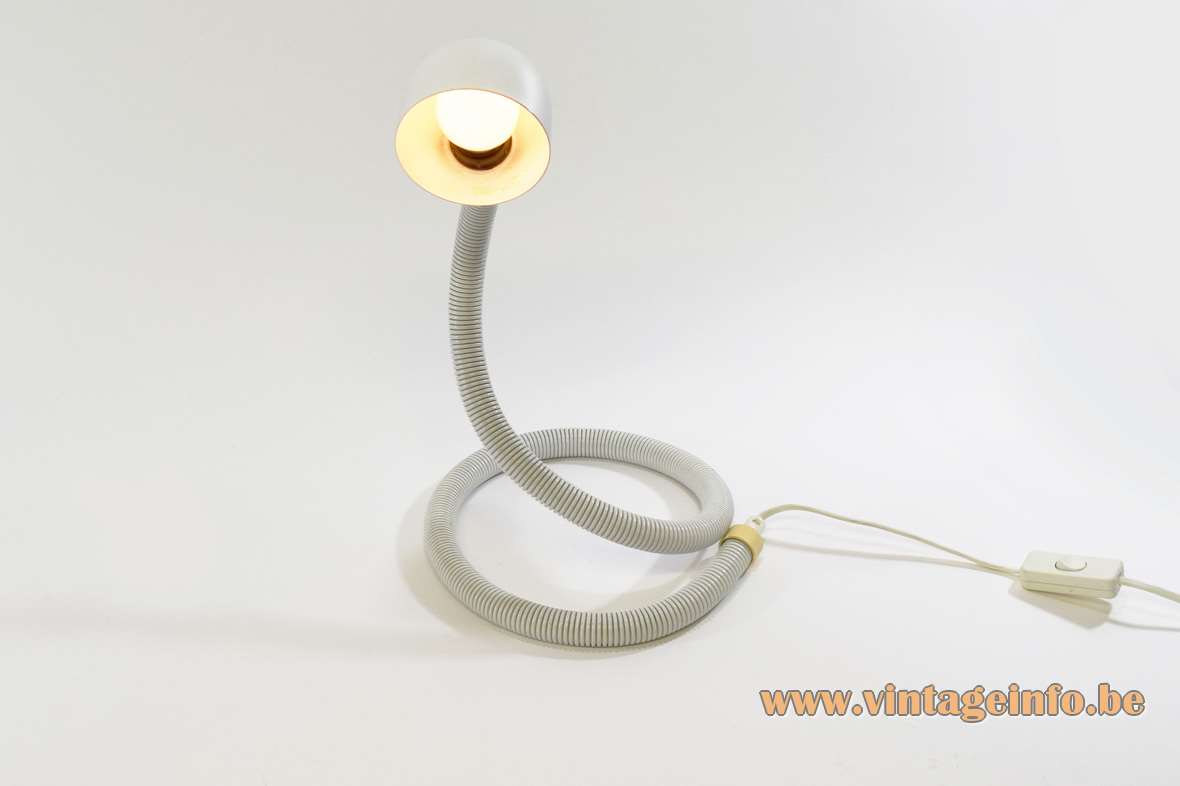 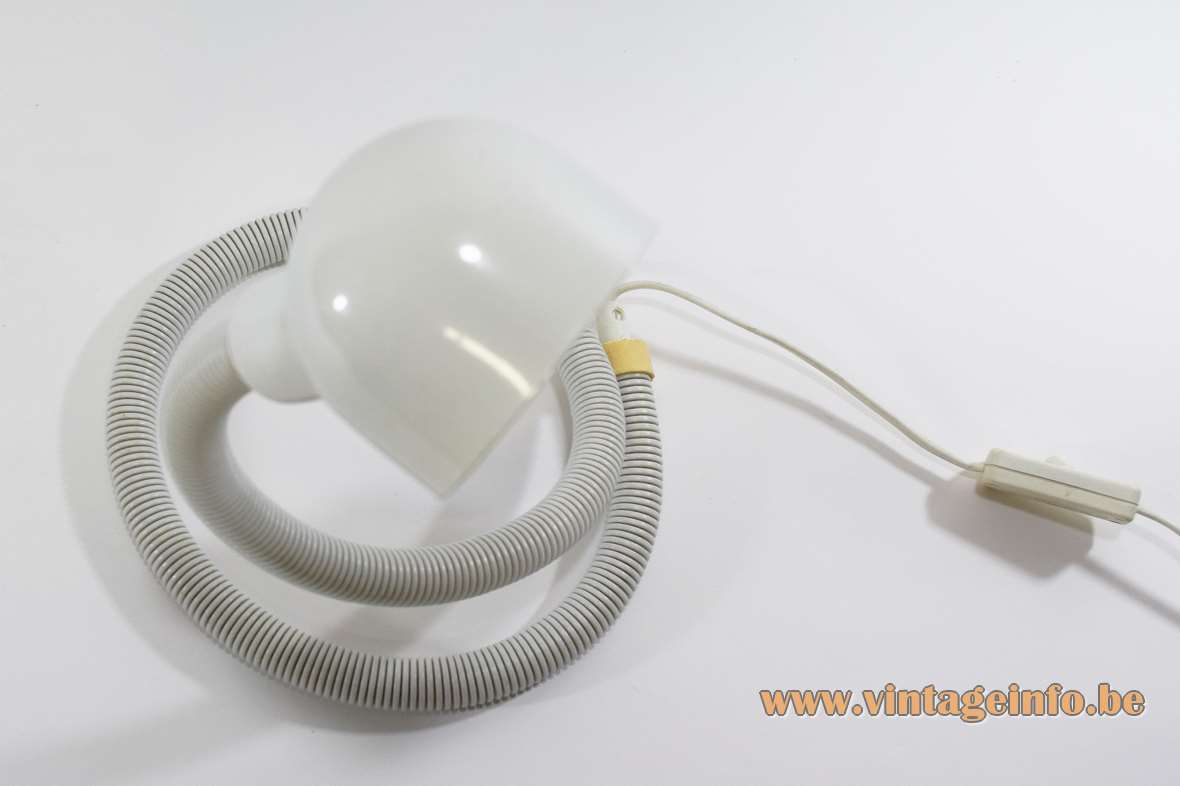 Other versions: This 1980s Happylight snake lamp was made in many colours. Often named Cobra or Serpent.

This table lamp is a copy of the original snake lamp designed by Isao Hosoe in 1969. The complete story how this lamp was invented and made can be found here on Vintageinfo. Find out if you have a real one or a fake.

How it is possible that Happylight made lamps like this is a riddle. Maybe they produced this lamp under licence or it was an “illegal” copy. In all probability these lamps were also sold in the early 1990s. 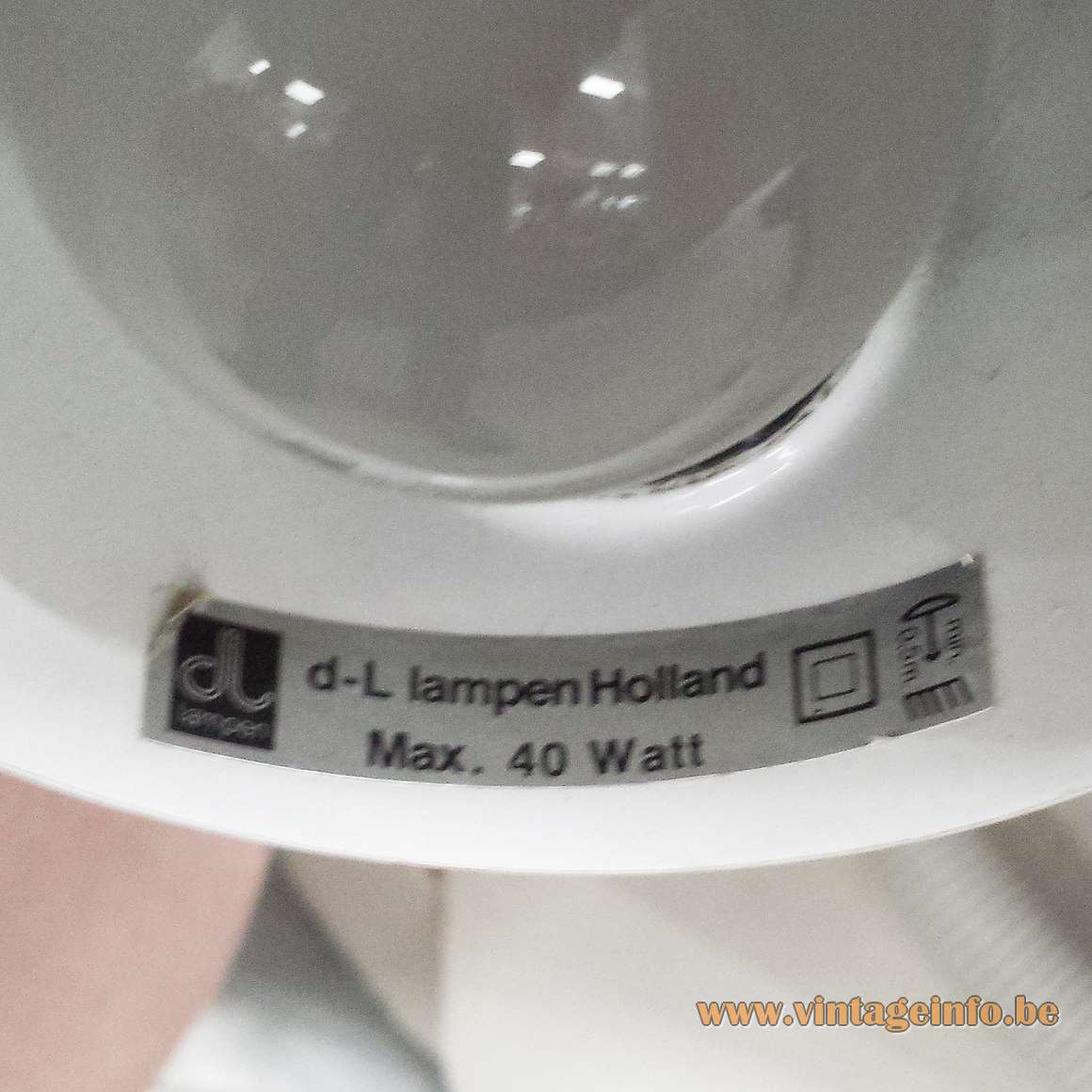