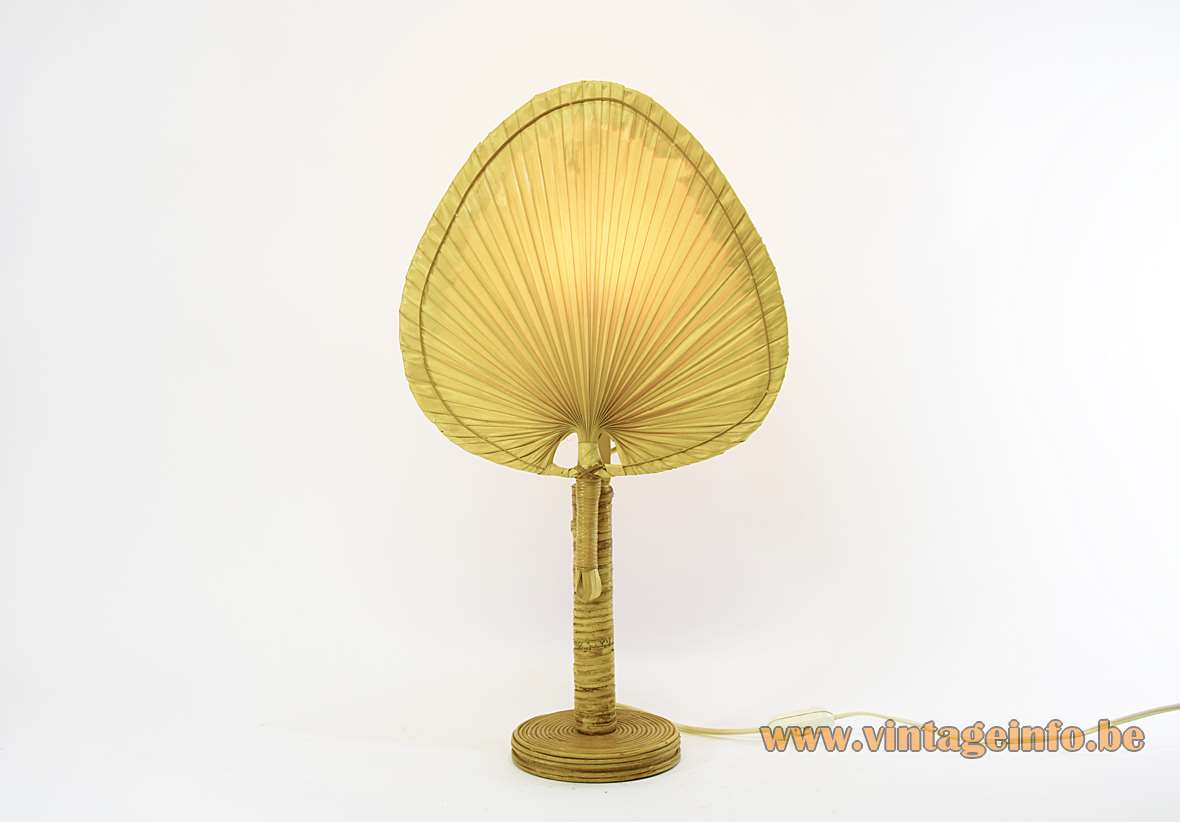 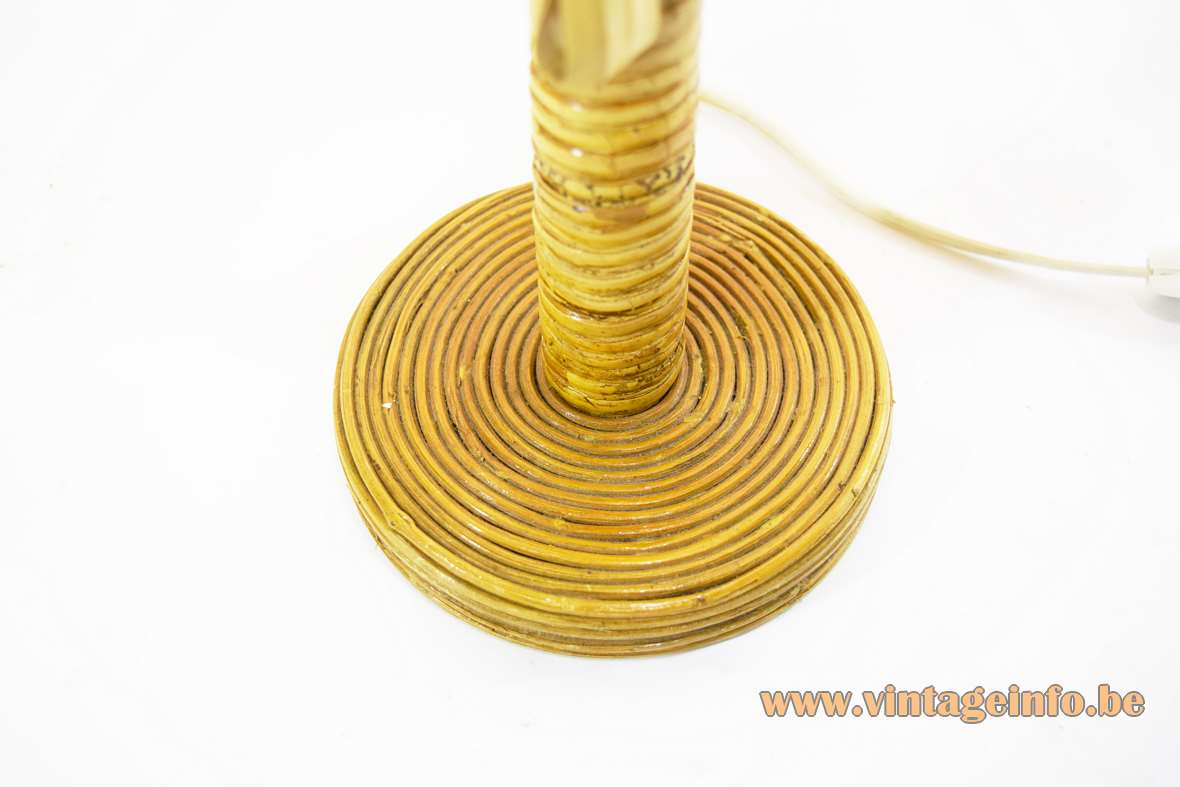 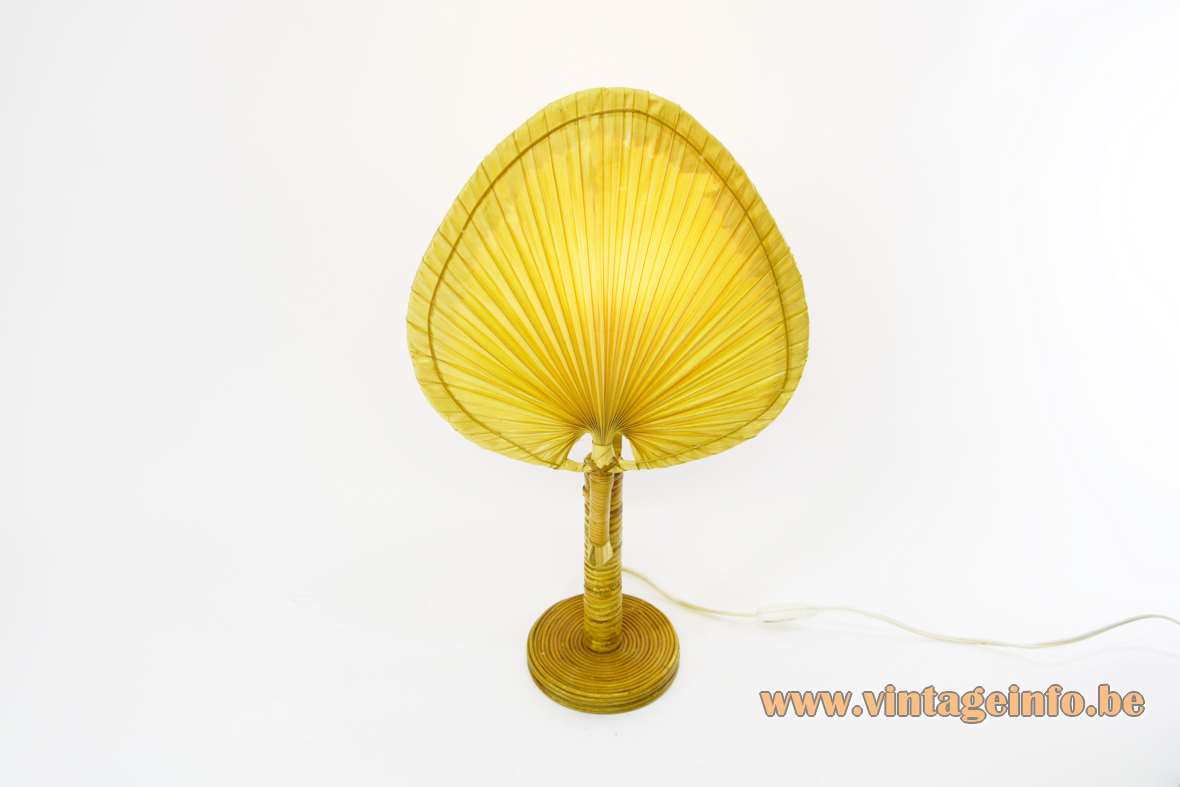 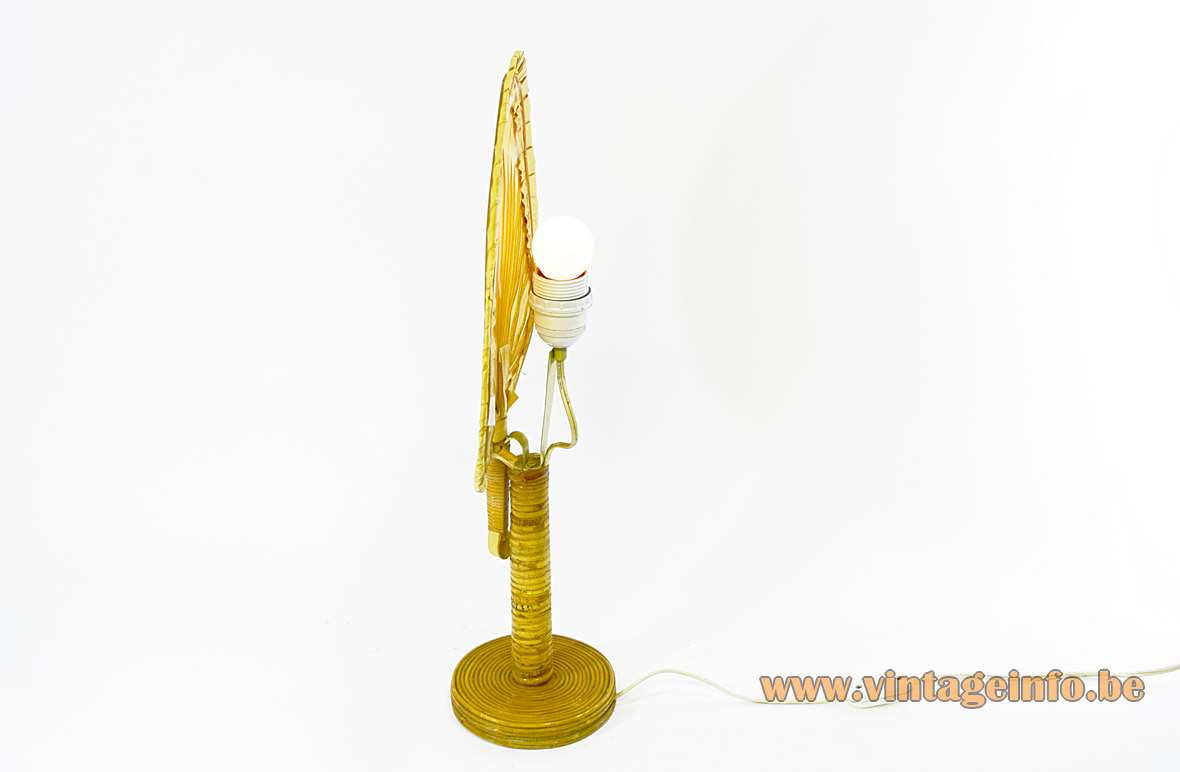 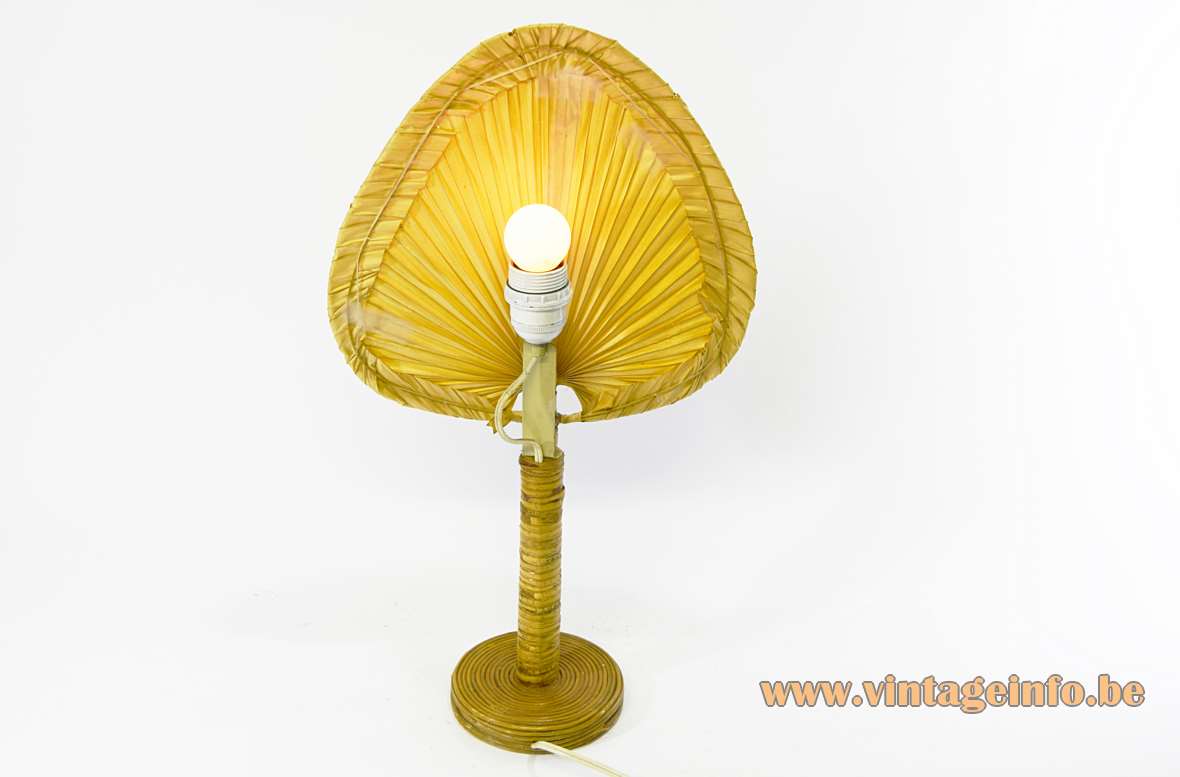 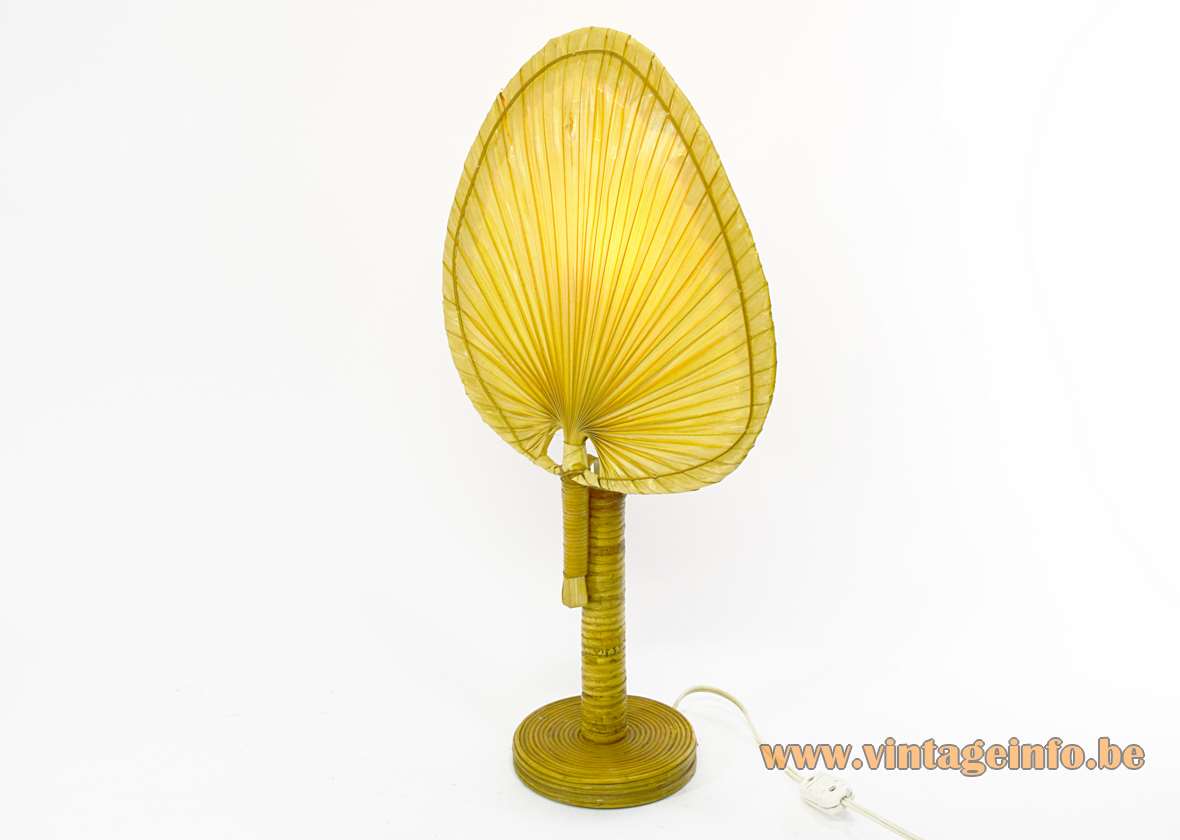 Materials: Round base, made of bamboo and wood. Cardboard on the bottom of the base. Bamboo braided leaves. White painted metal slat. White painted Bakelite socket.

Other versions: It is unknown if this Uchiwa fan table lamp was made in several versions.

It is possible that this Uchiwa fan table lamp is a production of the Belgian lighting company Massive. They are notorious for the copies of lamps that they produced.

The Uchiwa lamp was made popular in the seventies by the German designer Ingo Maurer (1932 – 2019), who designed wall lights, table lamps, chandeliers and floor lamps in this style for his company Design M, which he founded in 1963. Later the name of his company was changed in Ingo Maurer GmbH. This table lamp is from the same period. 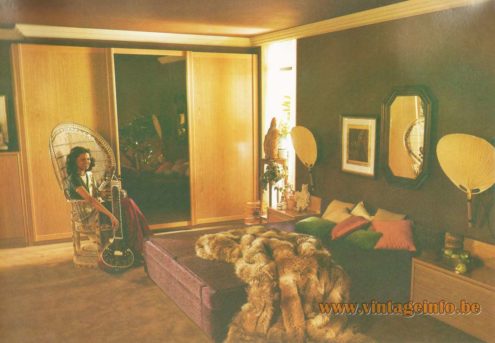