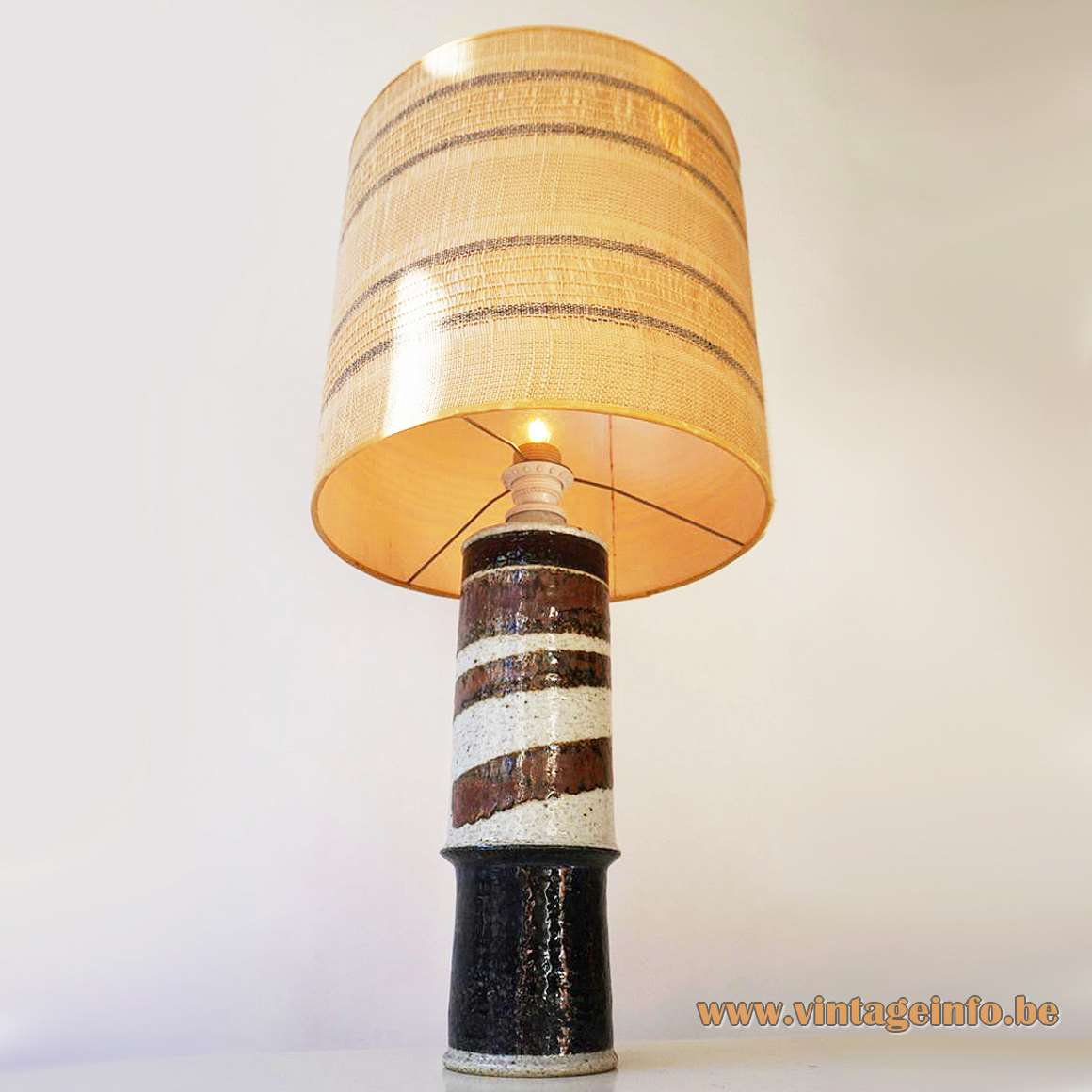 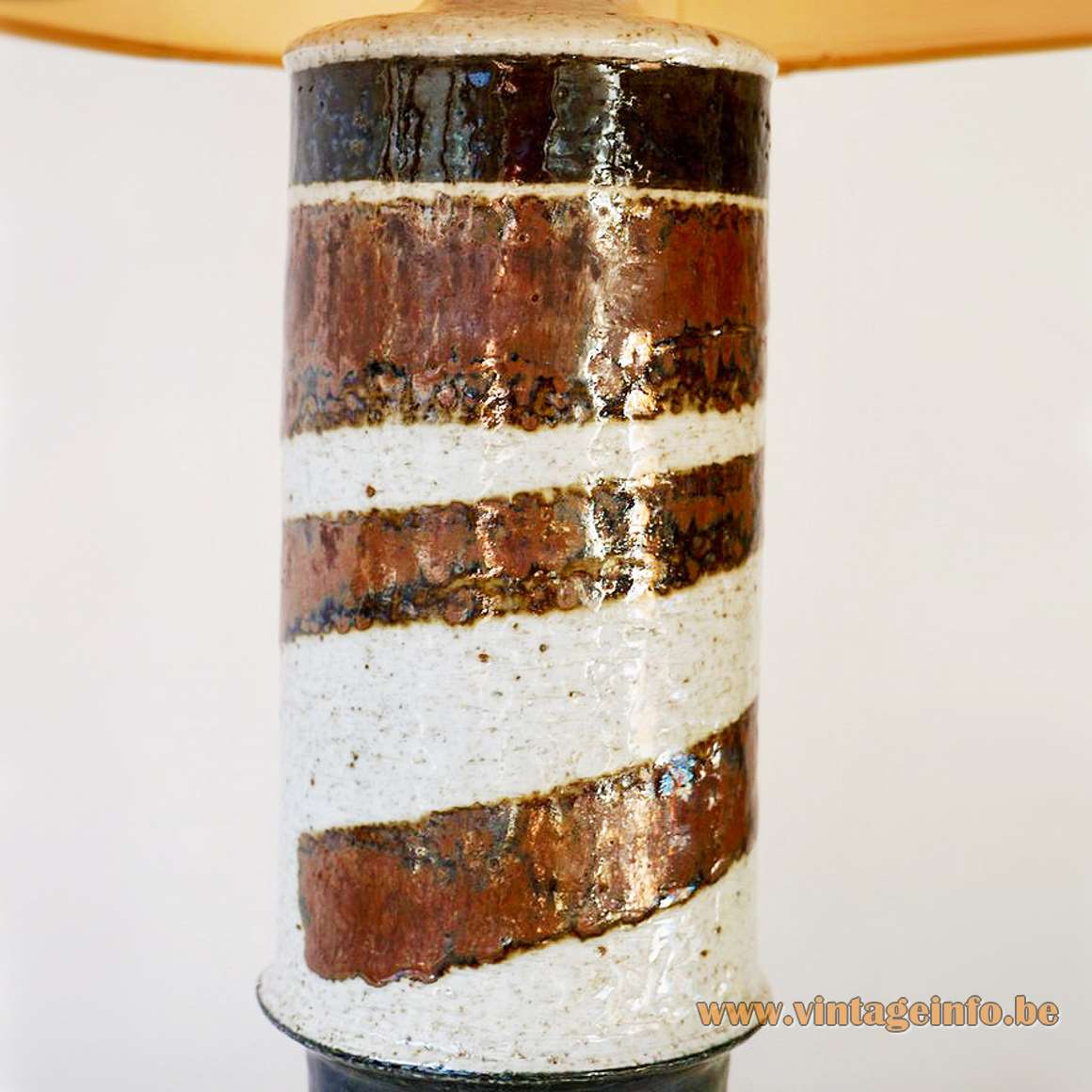 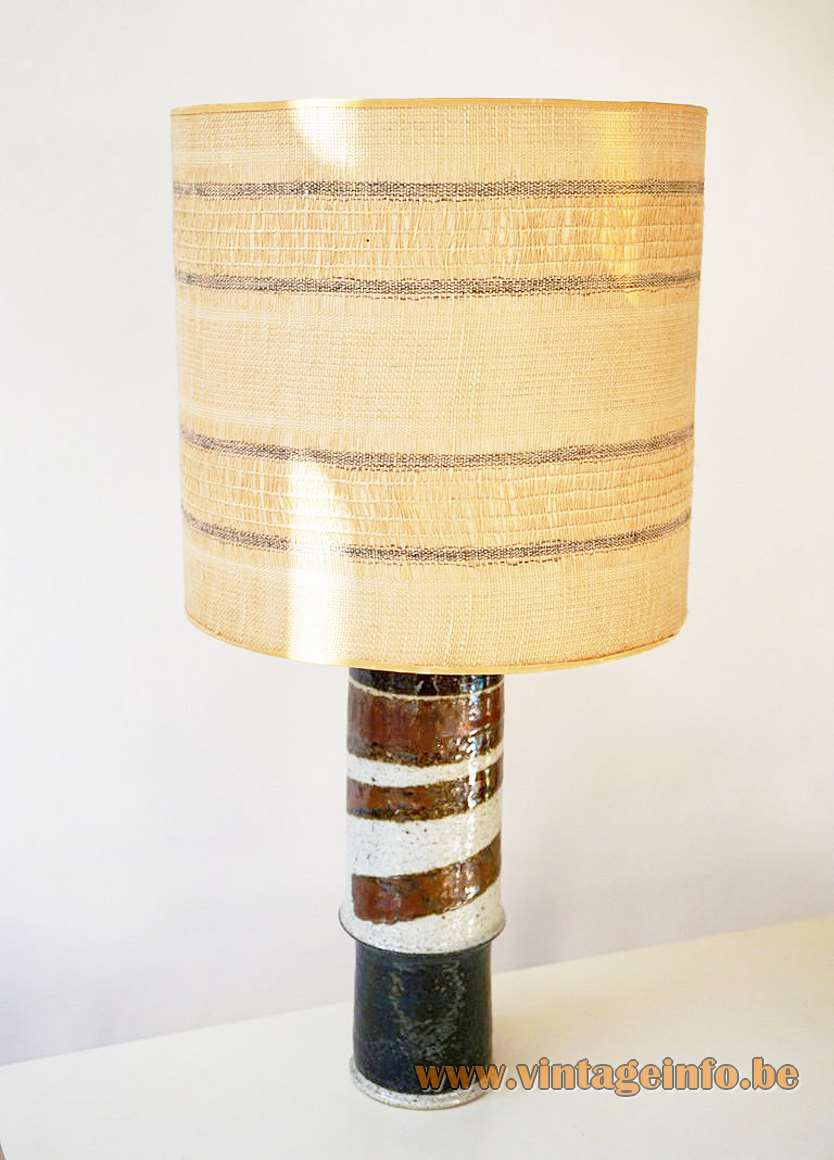 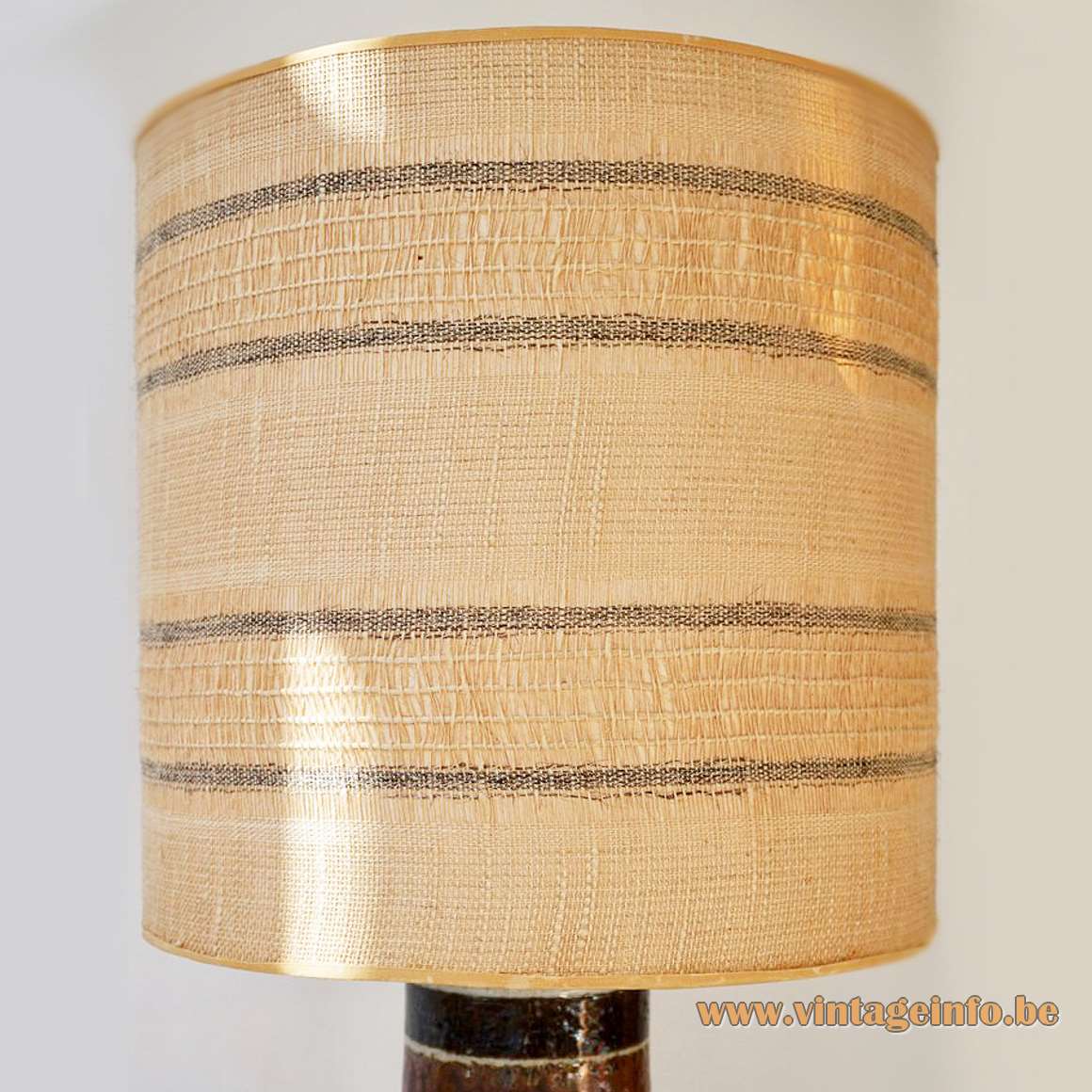 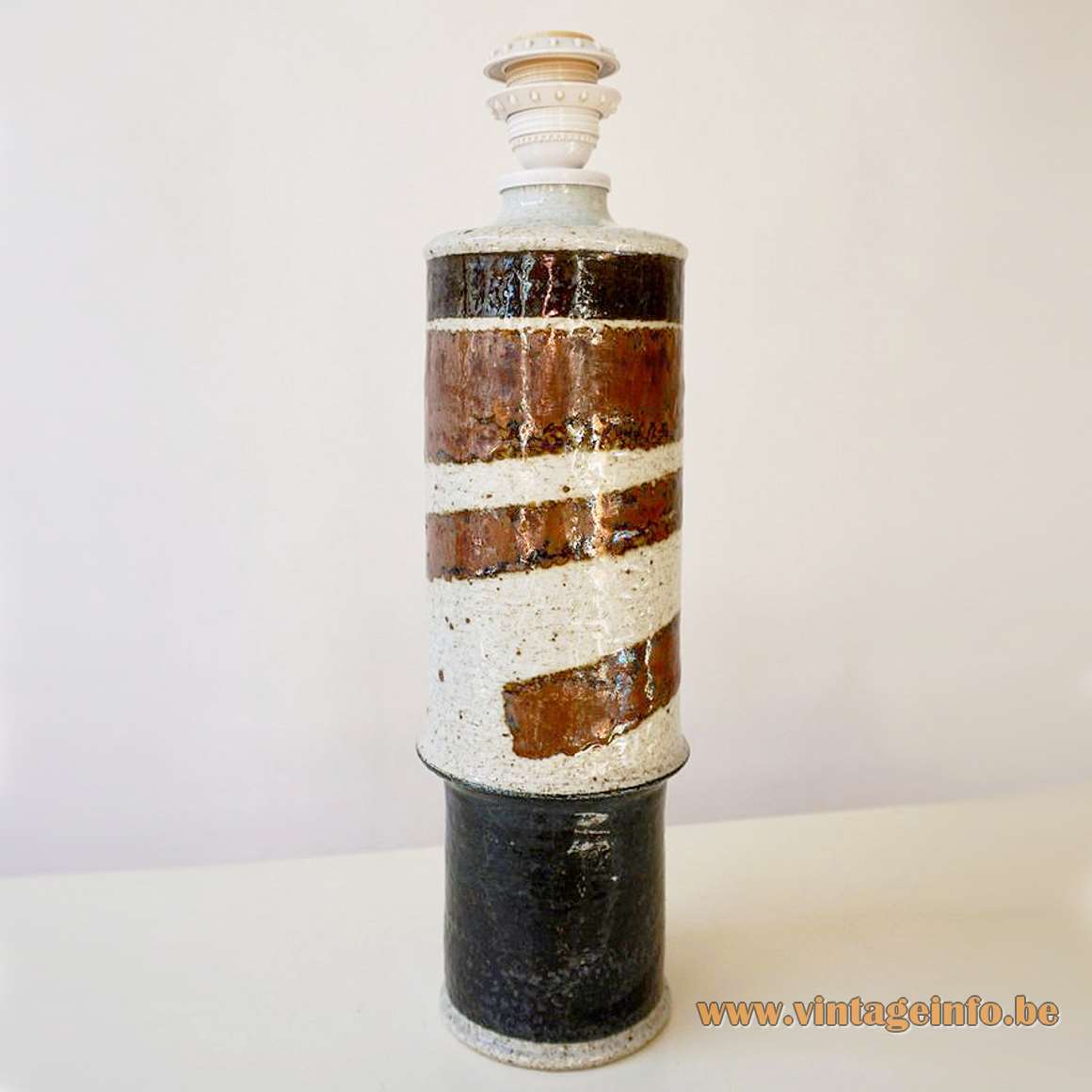 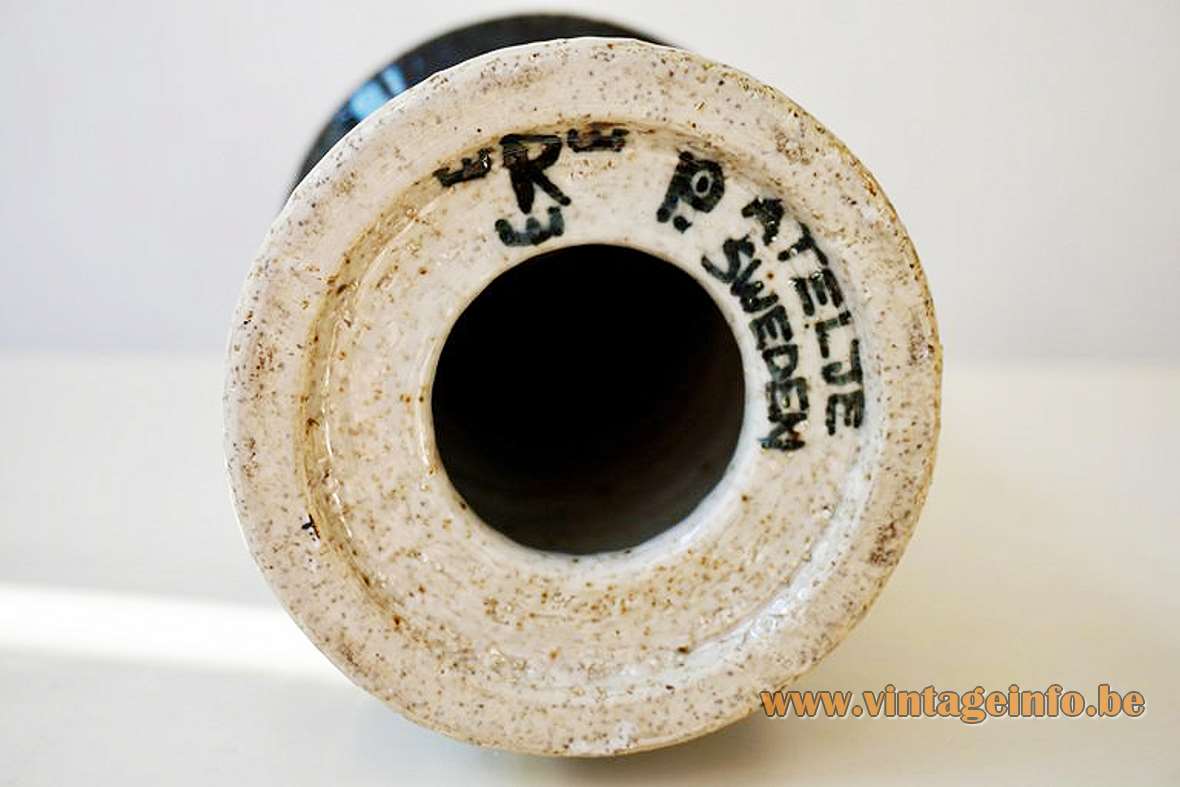 Signed on the bottom of the base: Rörstrand IP Ateljé. IP stands for Inger Persson. Ateljé is Swedish for studio.

Inger Persson is a ceramics designer from Sweden. She was born in the city of Soderhamn in 1936. Persson went to the University College of Arts, Crafts, and Design in Stockholm, the Konstfack, from 1955-59 were she was educated by Stig Lindberg (1916-1982). Lindberg was a famous ceramic designer, glass designer, textile designer, industrial designer, illustrator and painter.

From 1959 on, she was active for the Rörstrand porcelain factory as one of the top designers. A few works are exhibited at the National Museum of Fine Arts in Sweden, the Nationalmuseum. At Rorstrand, she designed everything from tableware to animal sculptures and lamps.

Inger Persson Pop series of vases, candlesticks and a teapot, in production from 1968 until 1981, was her biggest success.

Rörstrand was founded in the castle of Rörstrand in Stockholm in 1726 by Johann Wolff, a German porcelain maker. The production at Rörstrand was first made in faience and the first decors were in cobalt blue.

In 1900, there were around 1,100 employees. The factory in Rörstrand was closed and demolished in 1926. Production was moved first to Gothenburg and later in the 1930s to Lidköping.

Between 1960 and 1990, Rörstrand passed through several owners. In December 2005 the factory in Lidköping closed. The production was moved to Sri Lanka and Hungary. In 2007 the Finnish Iittala, which included the Rörstrand brand, was bought by Fiskars. Fiskars Oyj Abp is a Finnish consumer goods company founded in 1649, famous for their scissors. The former porcelain factory in Lidköping is now a museum.

Inger Persson in the Nationalmuseum Sweden