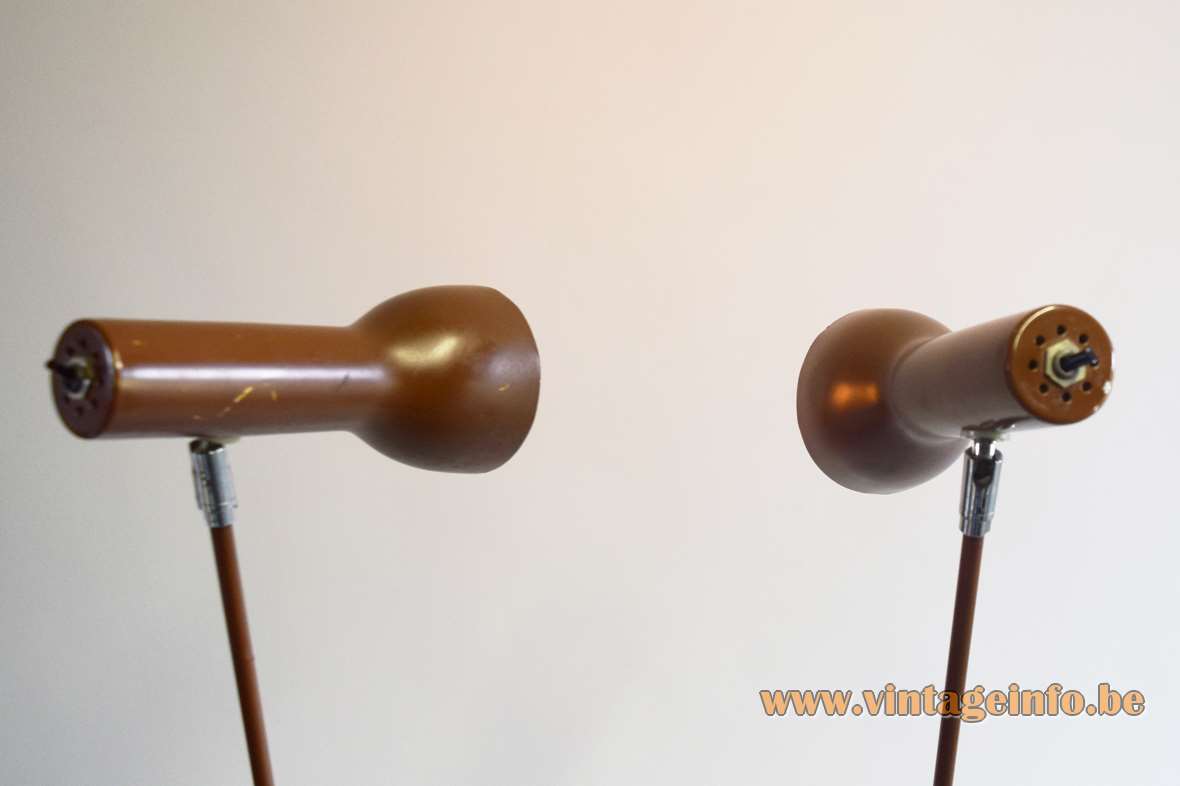 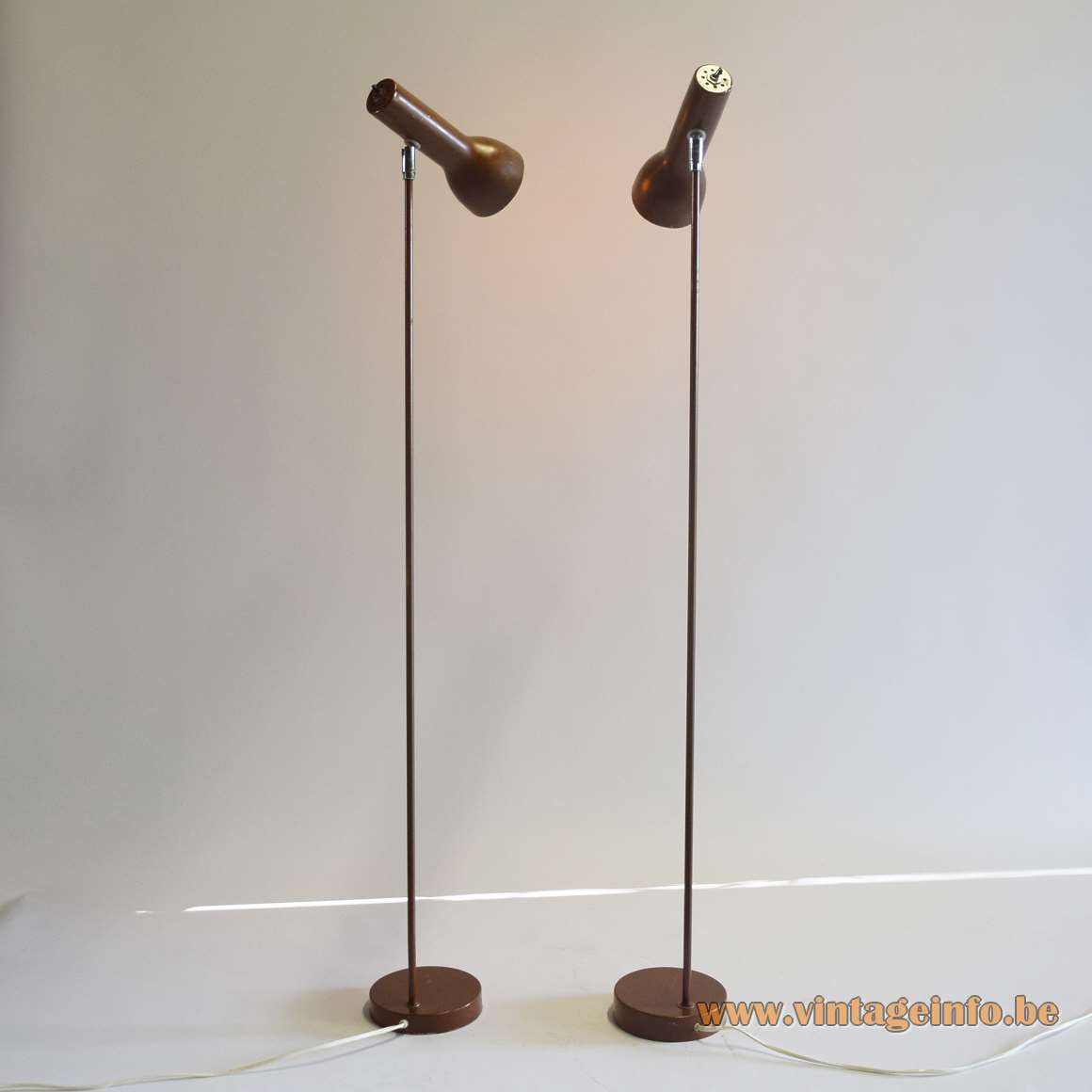 The complete history of the Philips company
Philips – Wikipedia

Other versions: These OMI 1970s reading floor lamps exits in many colours.

Koch & Lowy is not a design team, but an American light company and has got nothing to do with these lamps. Today Koch & Lowy is owned by Chapman Manufacturing Company, Inc. from Avon, Massachusetts. Some say OMI Switserland, but there is nothing to be found about a Swiss company with that name.

Others say OMI DBGM, because sometimes it is written on the knee joint. DBGM is not a company, but it is German for utility model, “gebrauchsmuster” in German. Only used in Germany and Austria: Deutsches Bundes-Gebrauchsmuster. To keep it simple, the knee joint is made by a company named OMI and the mechanism is licensed for some period, most of the time 10 years: the small brother of a patent.