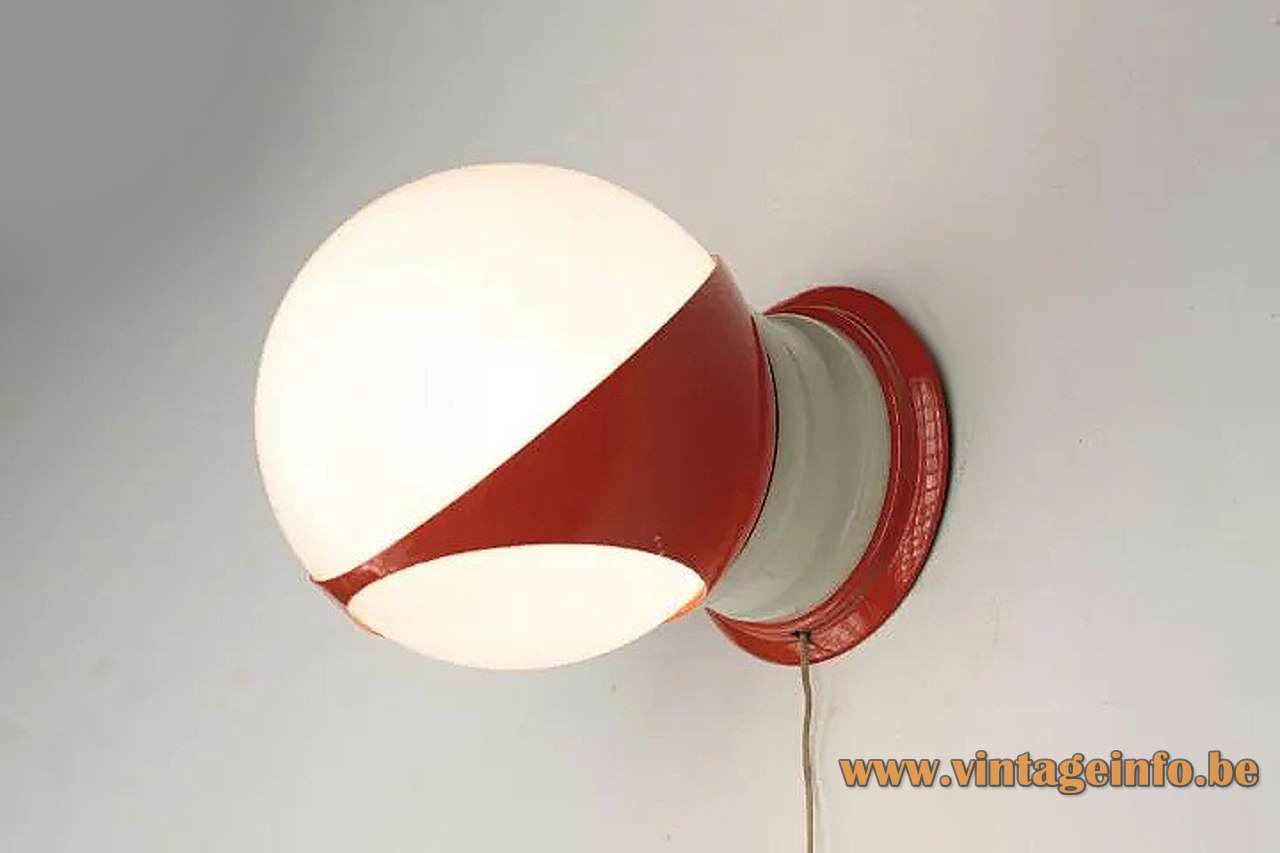 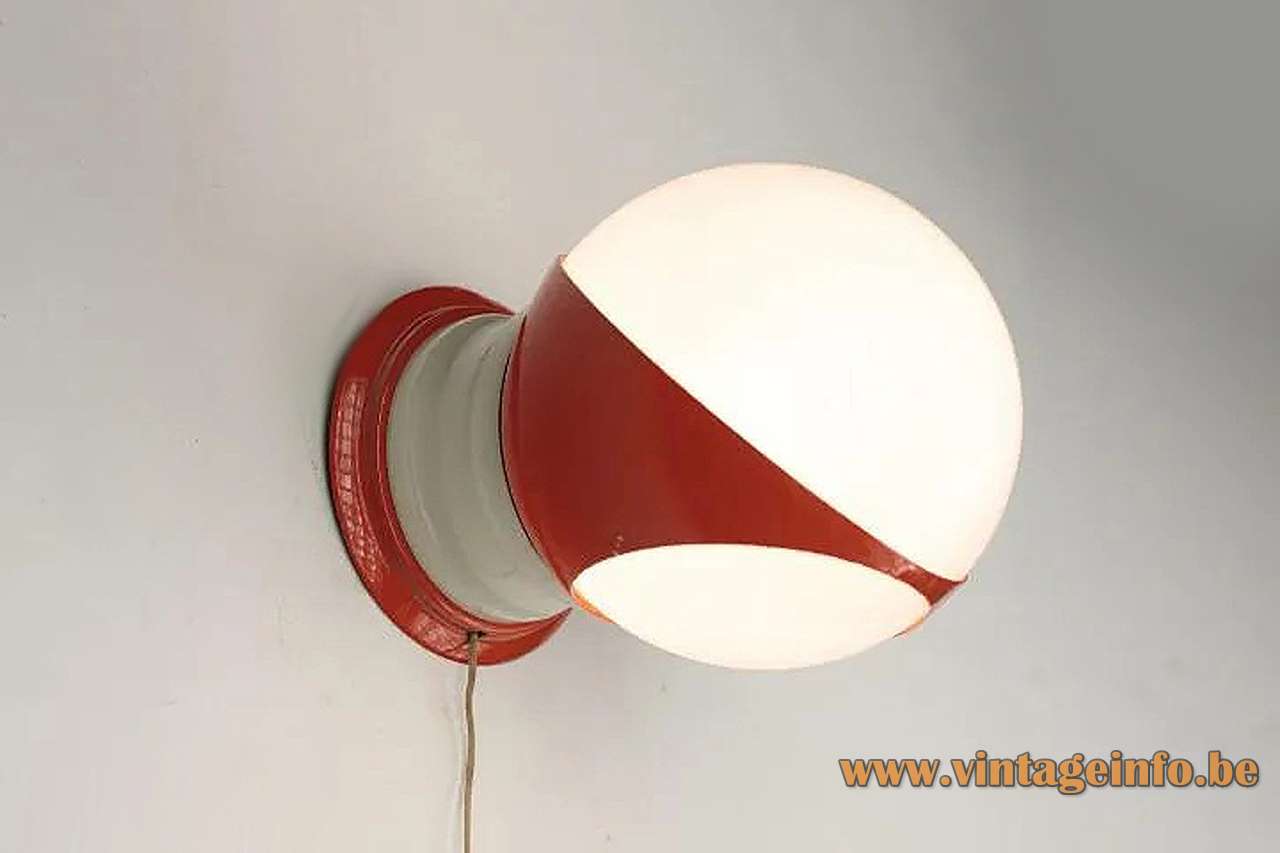 Since 2018 new lamps are made with a similar design. You can find them on Eastern European and Russian websites. All chandeliers in many variations. Also the German company Eichholz produces a similar chandelier with the name Piazetta. 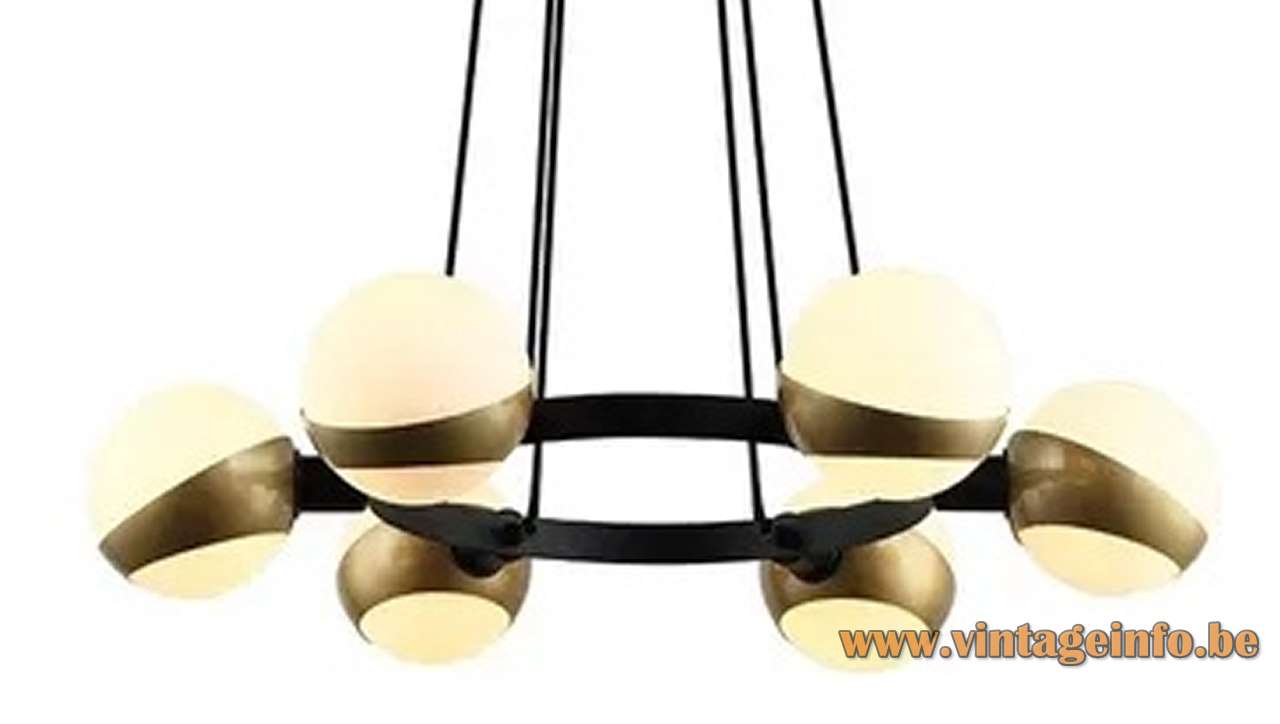 A black Hala globe floor lamp model 660 appears in Cash or Trash. A 2019 Dutch TV series aired on SBS6 in The Netherlands and on Vijf (five) in Belgium. 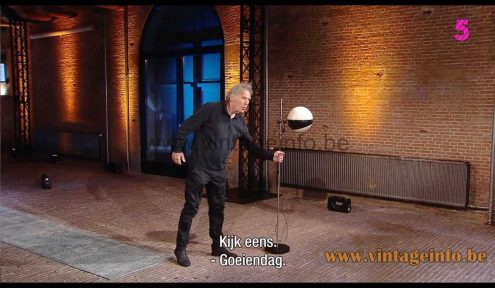 Cash or Trash – Wikipedia (in Dutch)

Many thanks to Lluís from Eclectique Vintage for the photos and the enthusiasm. And many thanks to Herman for the help and the photo of the floor and table lamp.

Other versions: This Hala globe wall lamp exists in several colours. It was at least also made in black. A floor lamp (model 660) and a table lamp were also made.

The design of this wall lamp is based on a design of a wall lamp by Angelo Lelii from around 1955. The metal around the globe is in chrome. Also Max Ingrand designed a very similar wall lamp for FontanaArte.

Hala is one of the first light companies of The Netherlands, originated in 1932 in the city of Zeist and later moved to Amersfoort. Herman Theodoor Jan Anthoin Busquet (February 9, 1914 – June 12, 1977) was the founder of the company. It is always said that he designed most of the the Hala lamps, but that is in all probability a false assumption.

The company’s origin is in Hannover, Germany. The name is derived from the Hannoversche Lampenfabrik GmbH, founded in 1920. HALA Hanover ended business in the sixties. Both companies sold the same lamps and used similar catalogues. 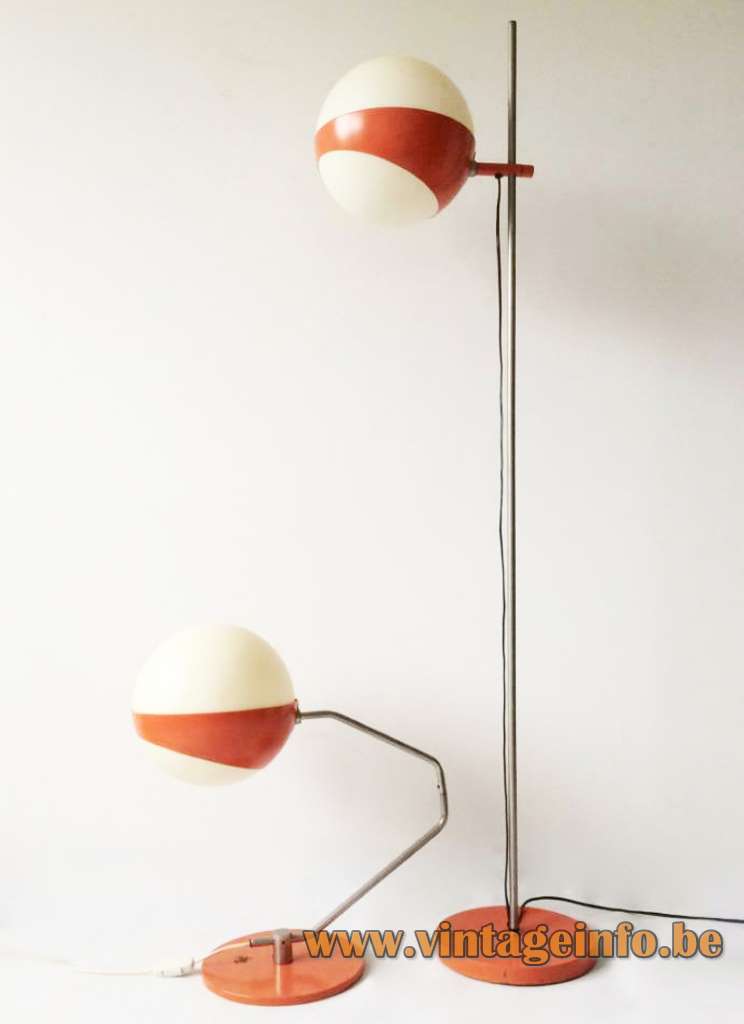 A Hala style floor lamp, probably a new one, was used as a prop in the 2014 action thriller film The November Man. Starring Pierce Brosnan, Luke Bracey and Olga Kurylenko.