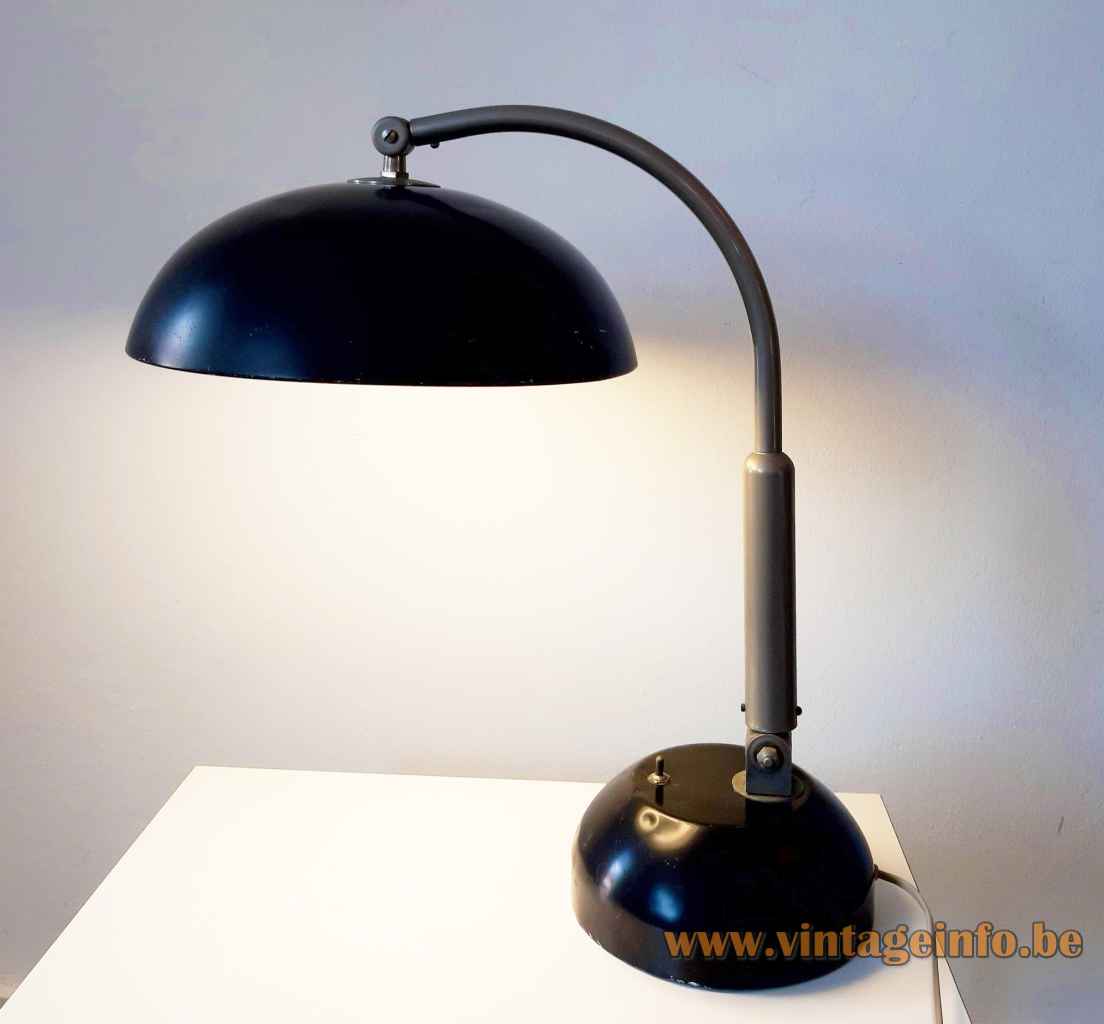 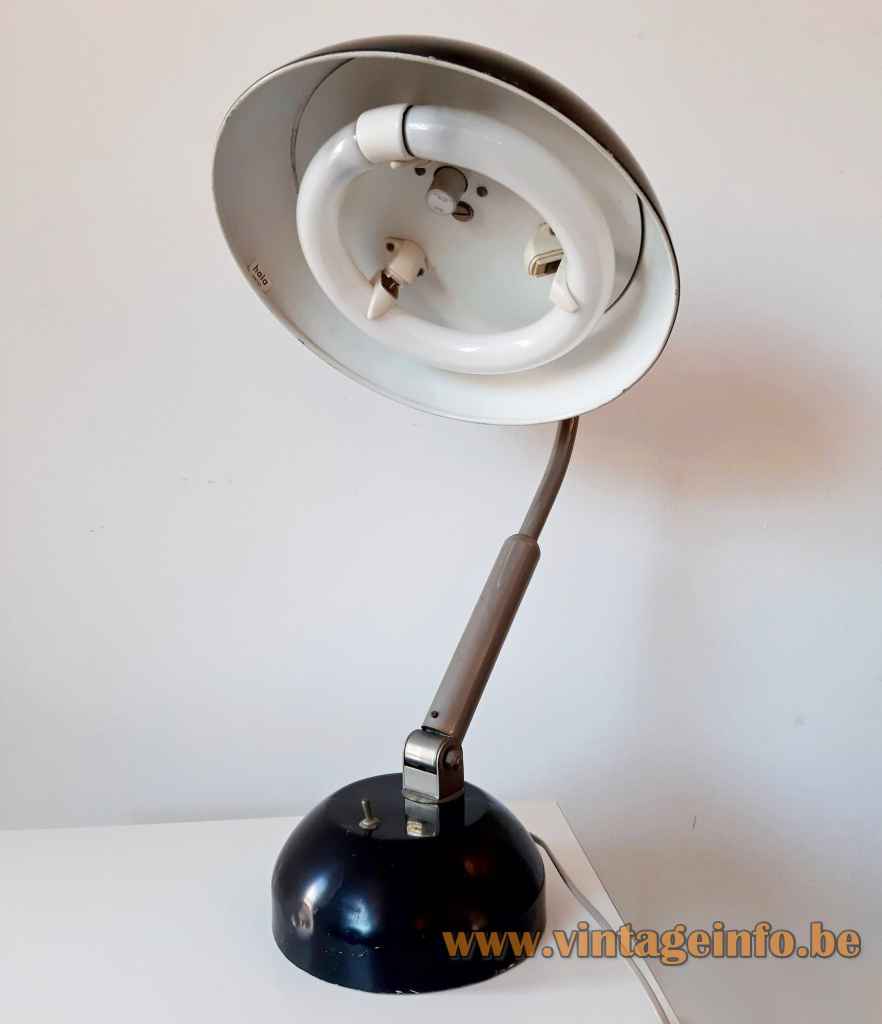 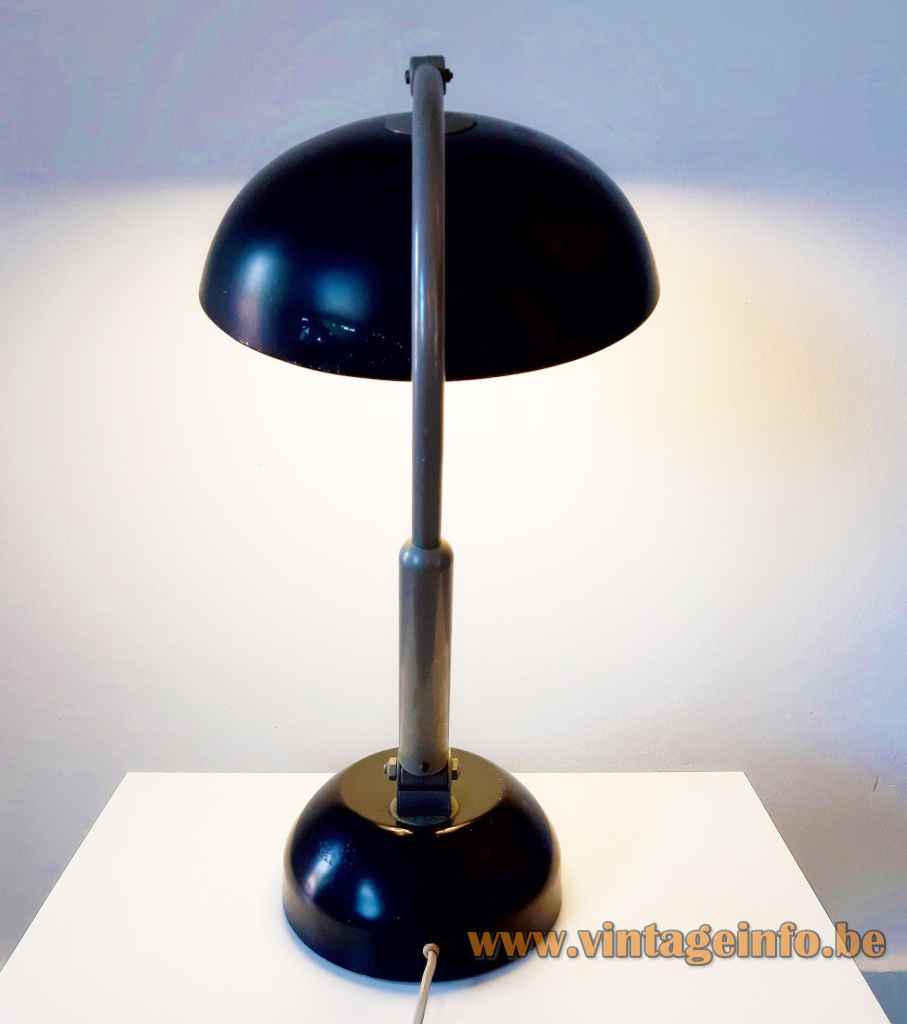 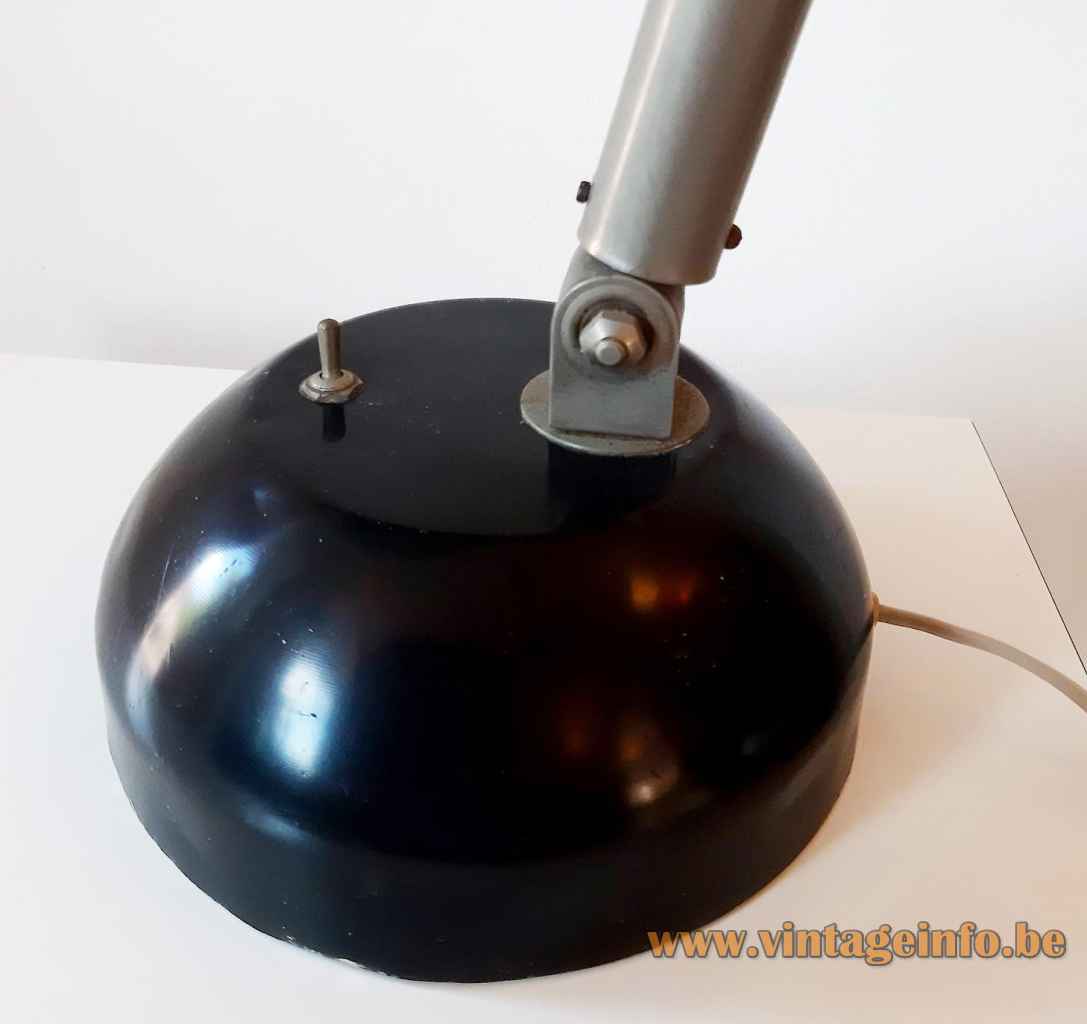 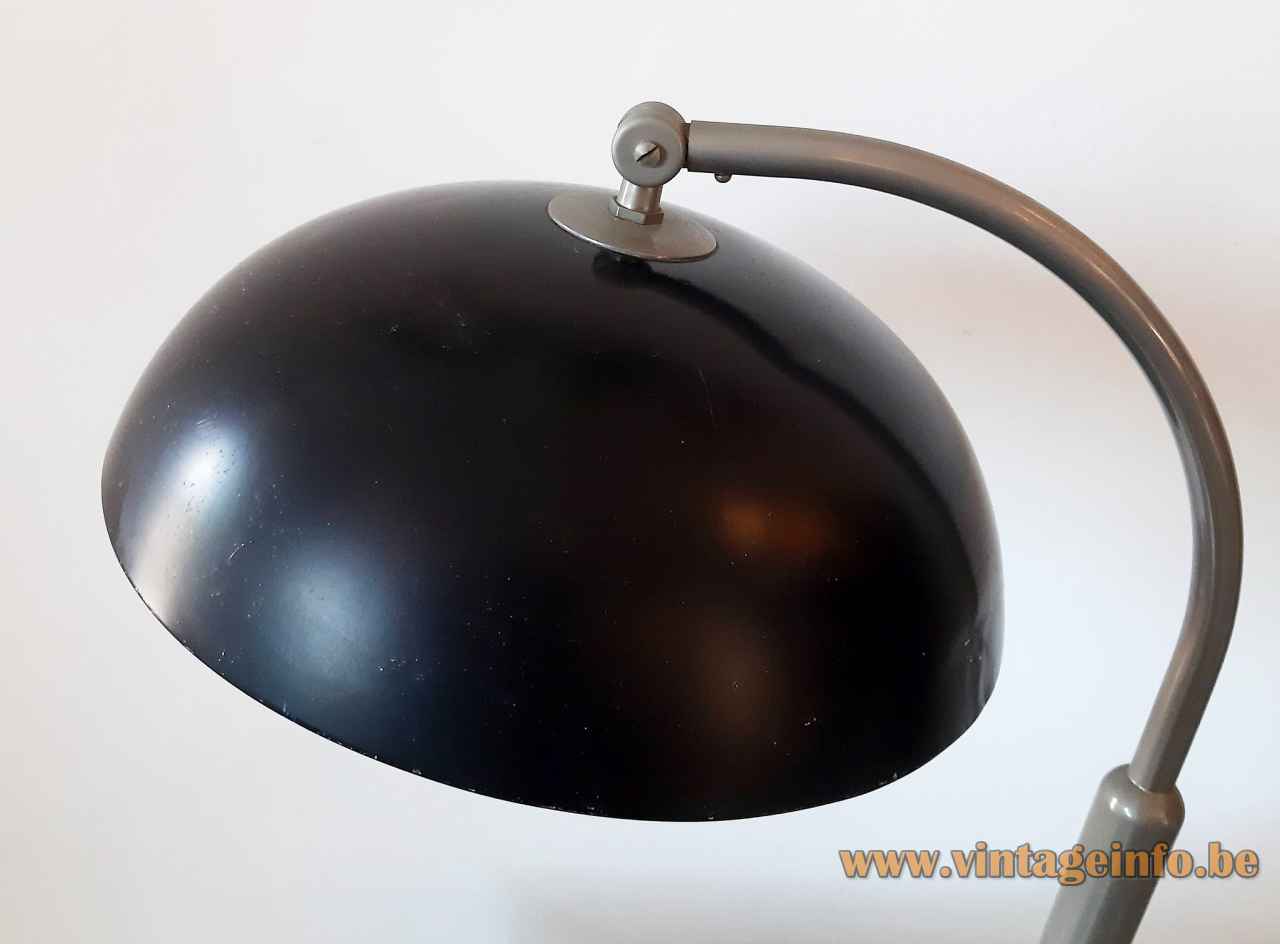 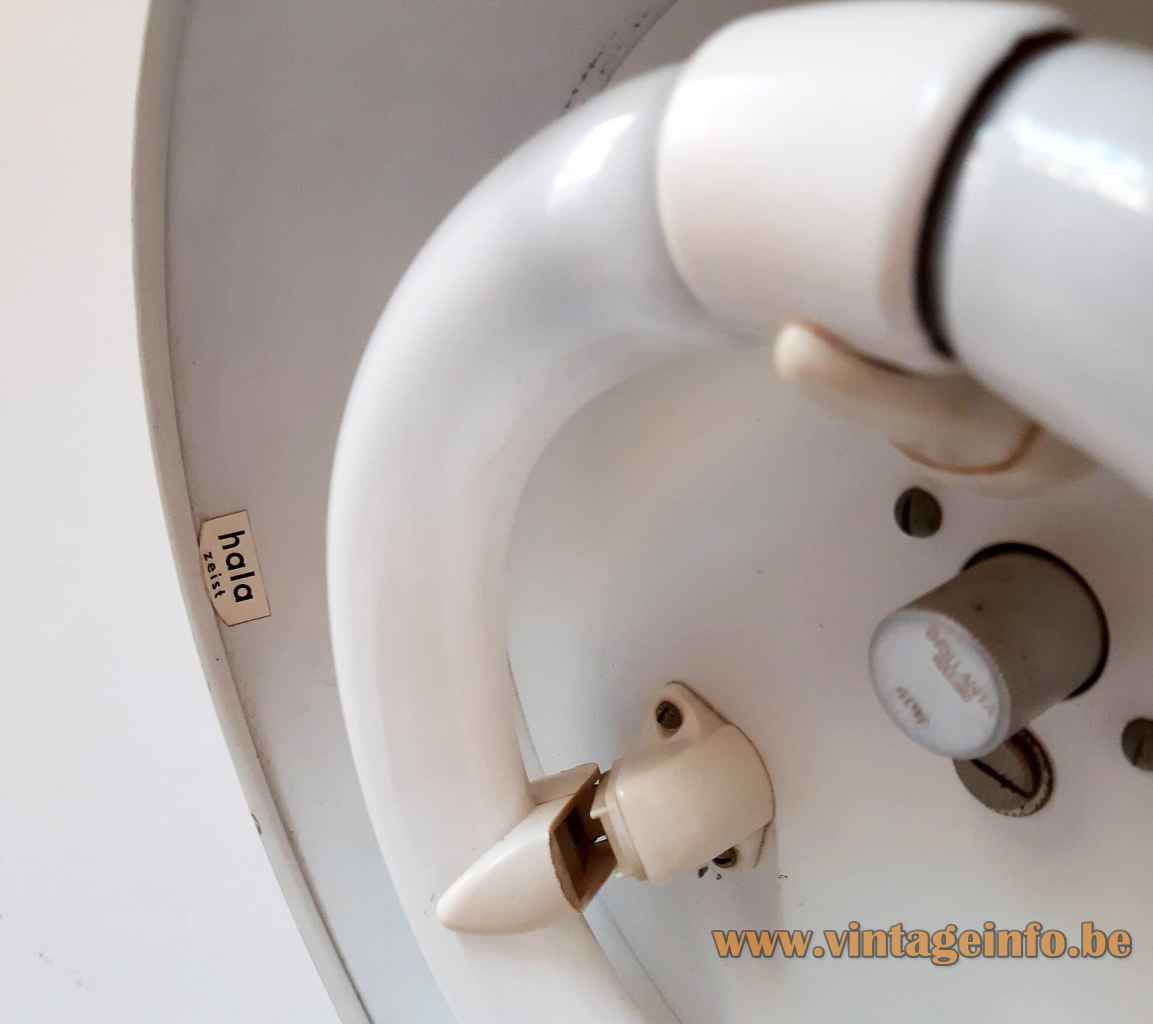 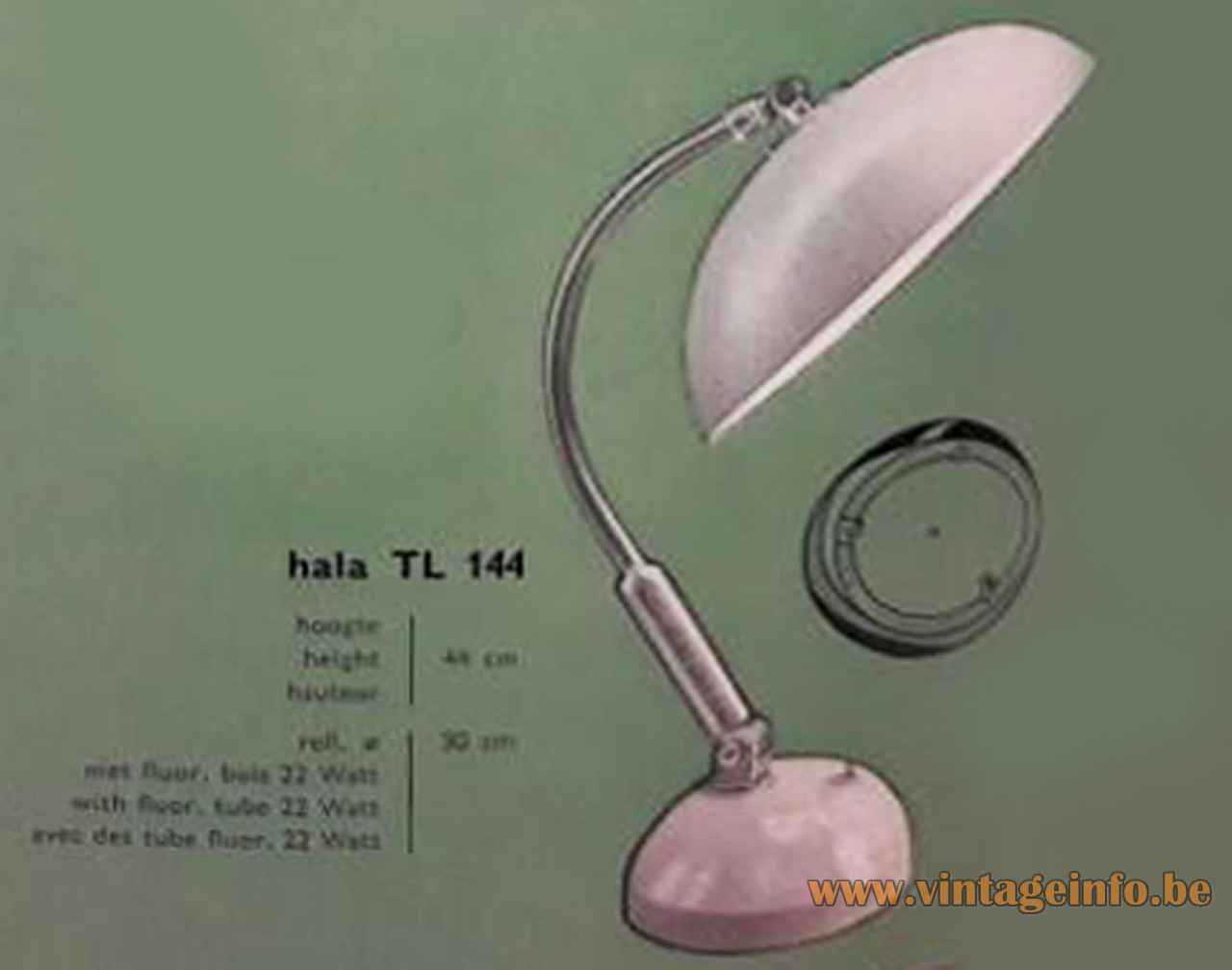 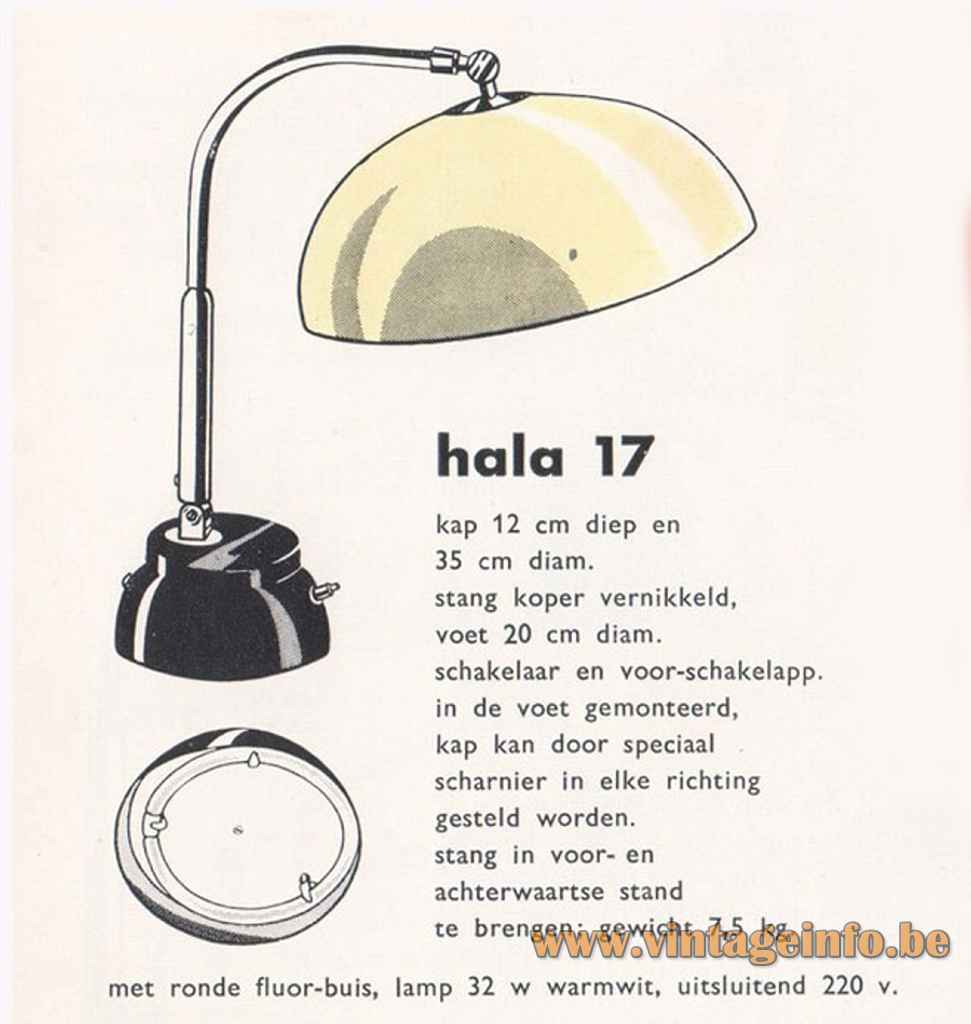 Many thanks to Emmanuelle from Treasuredepot in Amsterdam, The Netherlands for the photos and the enthusiasm. You can find the Treasuredepot website over here.

Materials: Black painted round aluminium base. Built-in metal choke ballast. Chromed metal (iron) curved rod with a thick part for the handle effect, adjustable. Some chrome and metal parts. Round black mushroom style aluminium lampshade, white painted on the inside. Some metal and plastic parts.

Other versions: This Hala TL 144 desk lamp exists in several colours. Another model is the Hala 17. It has a slightly different base. Also a version with a flat round base and a rectangular switch was made.

The version with an incandescent bulb is named Hala 144.