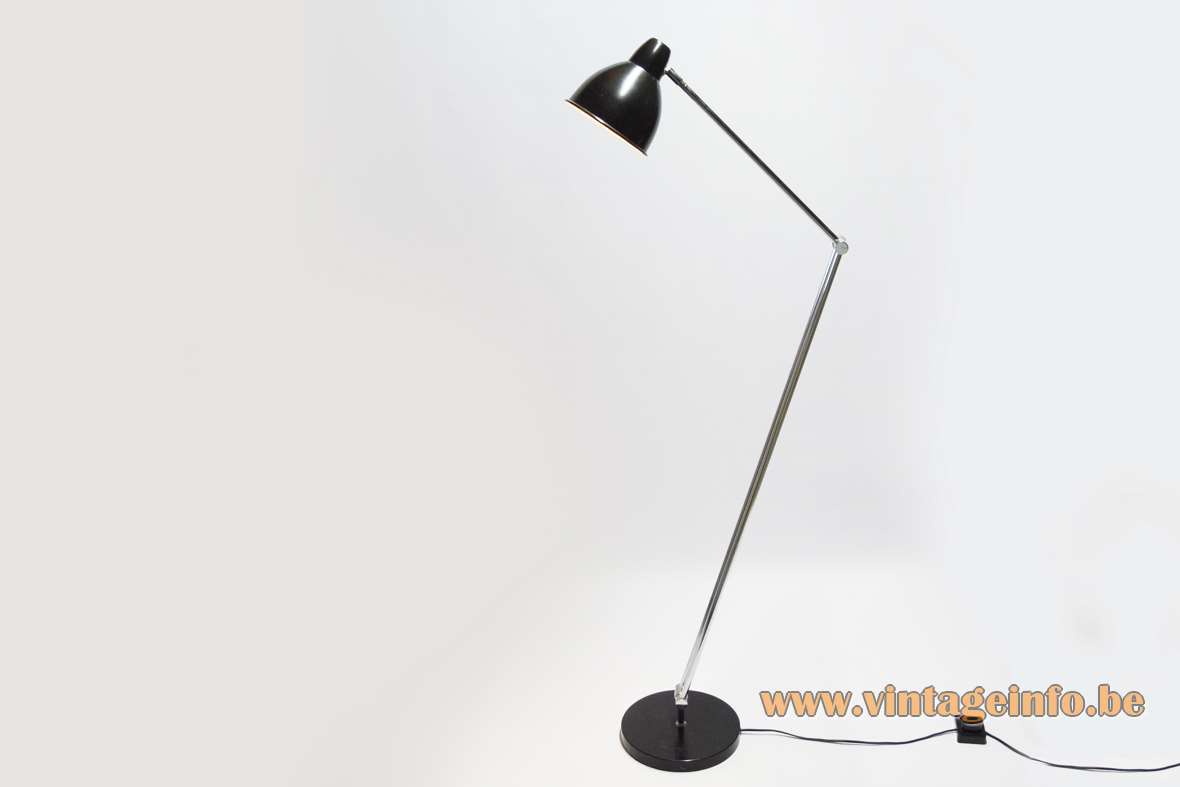 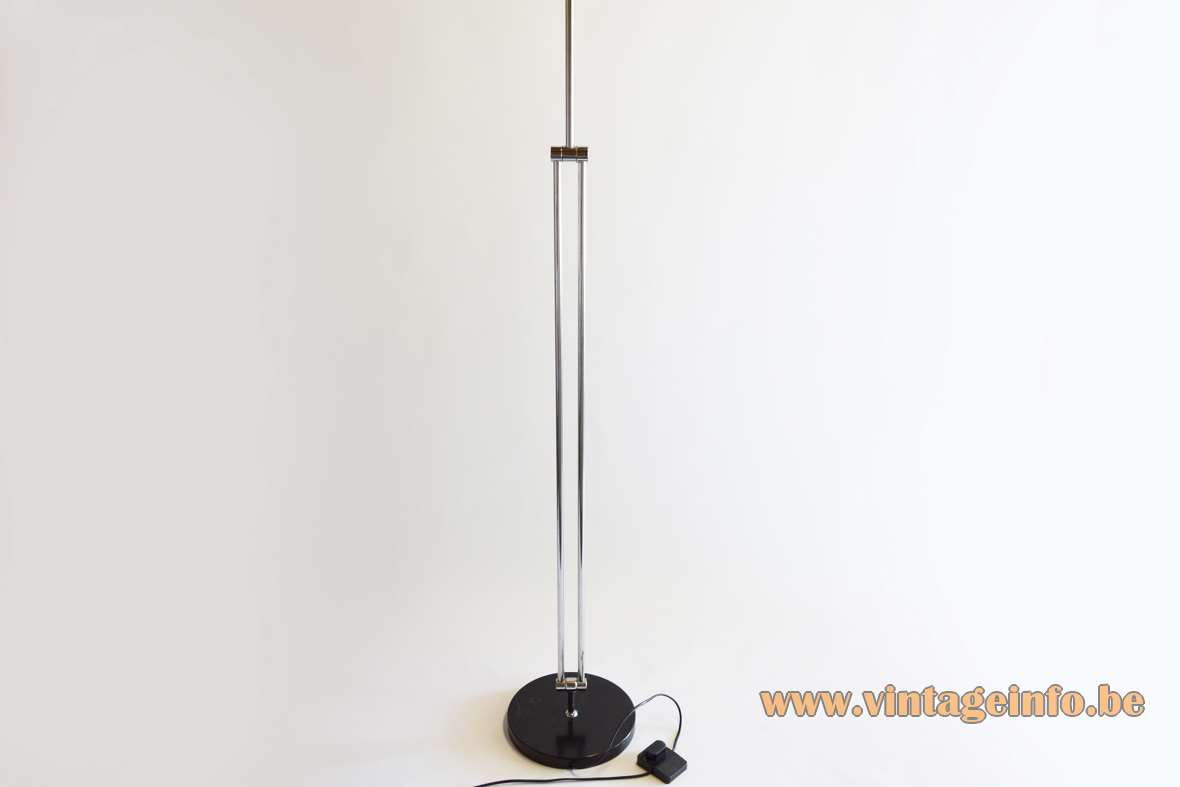 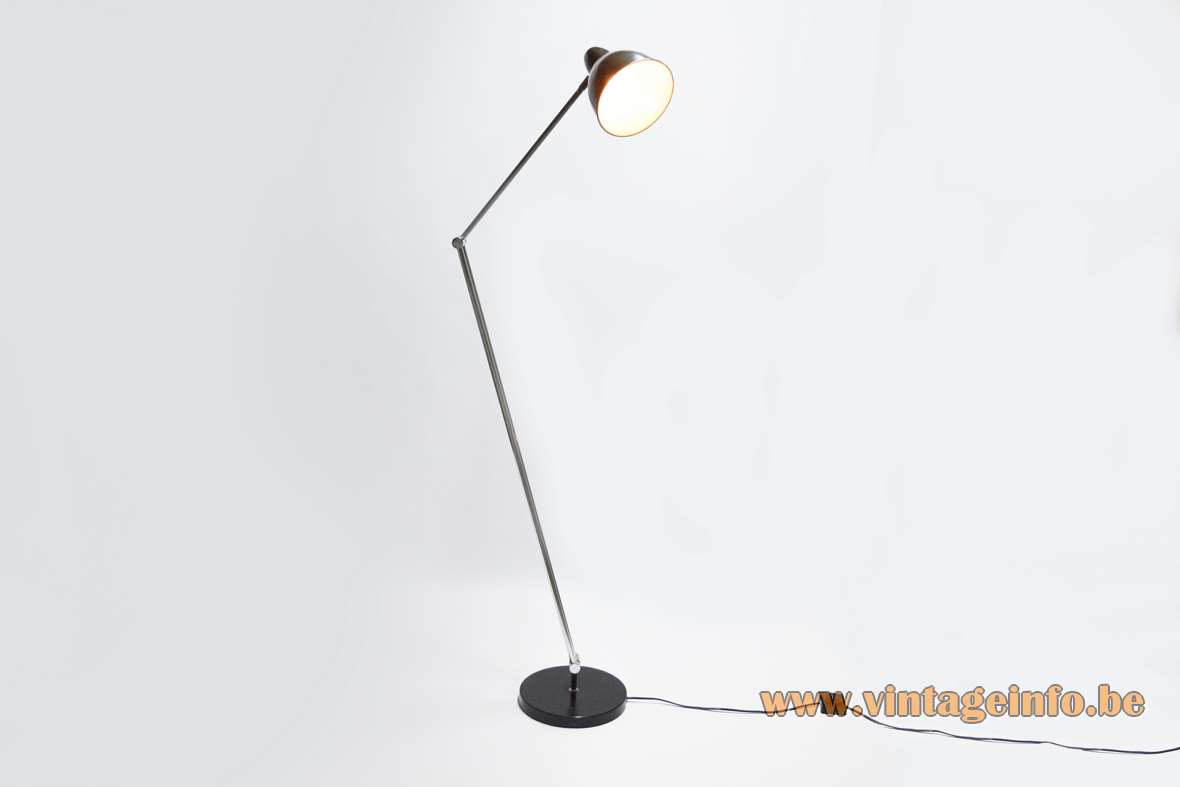 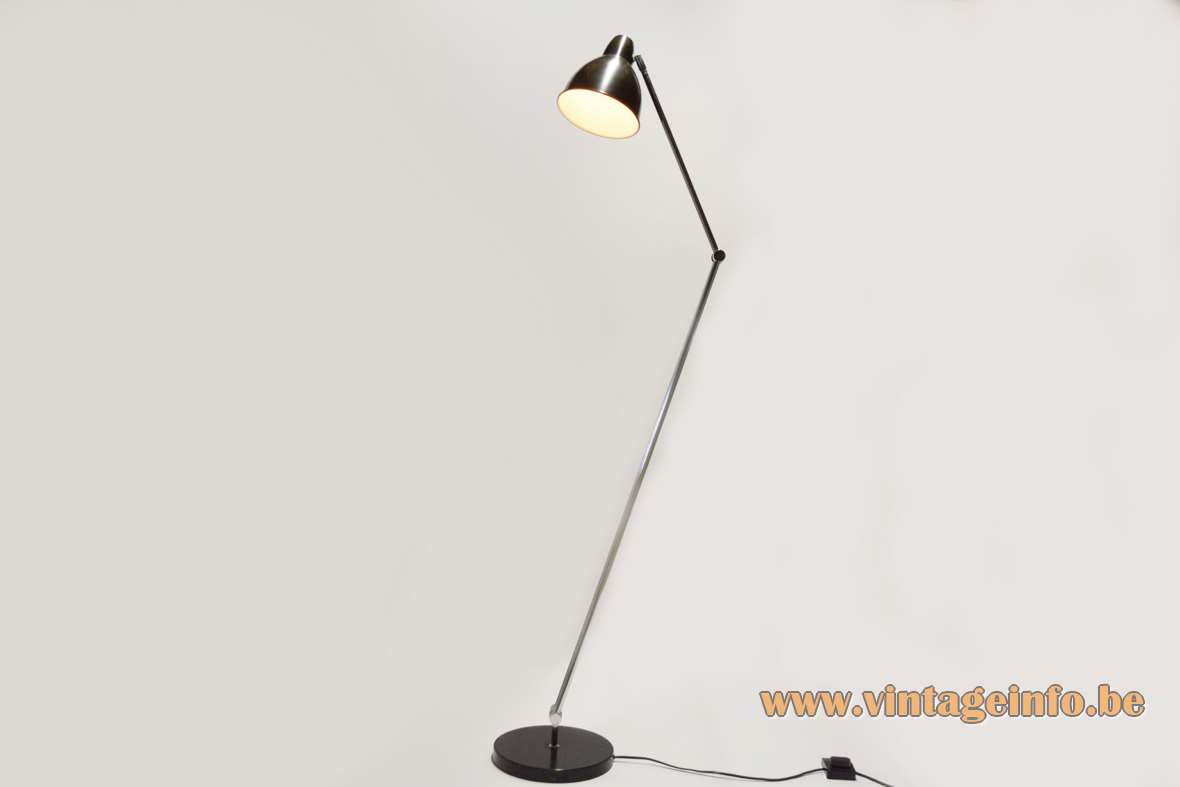 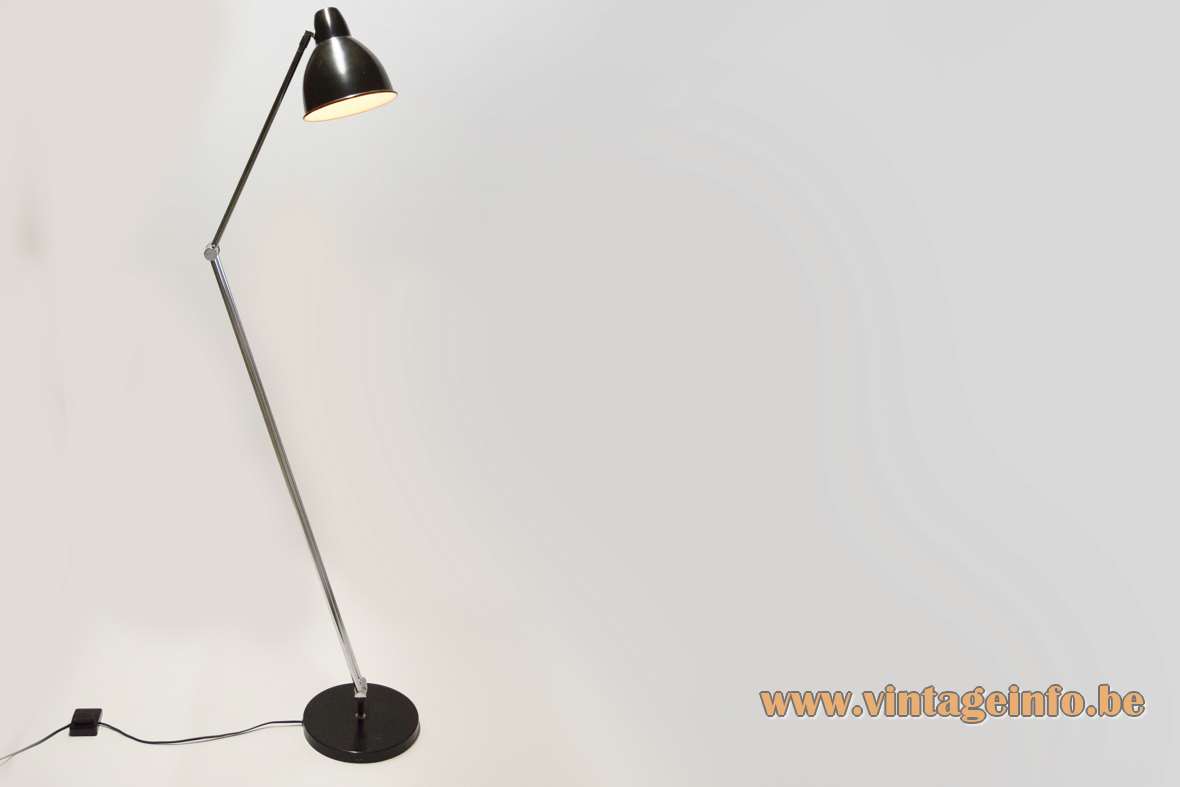 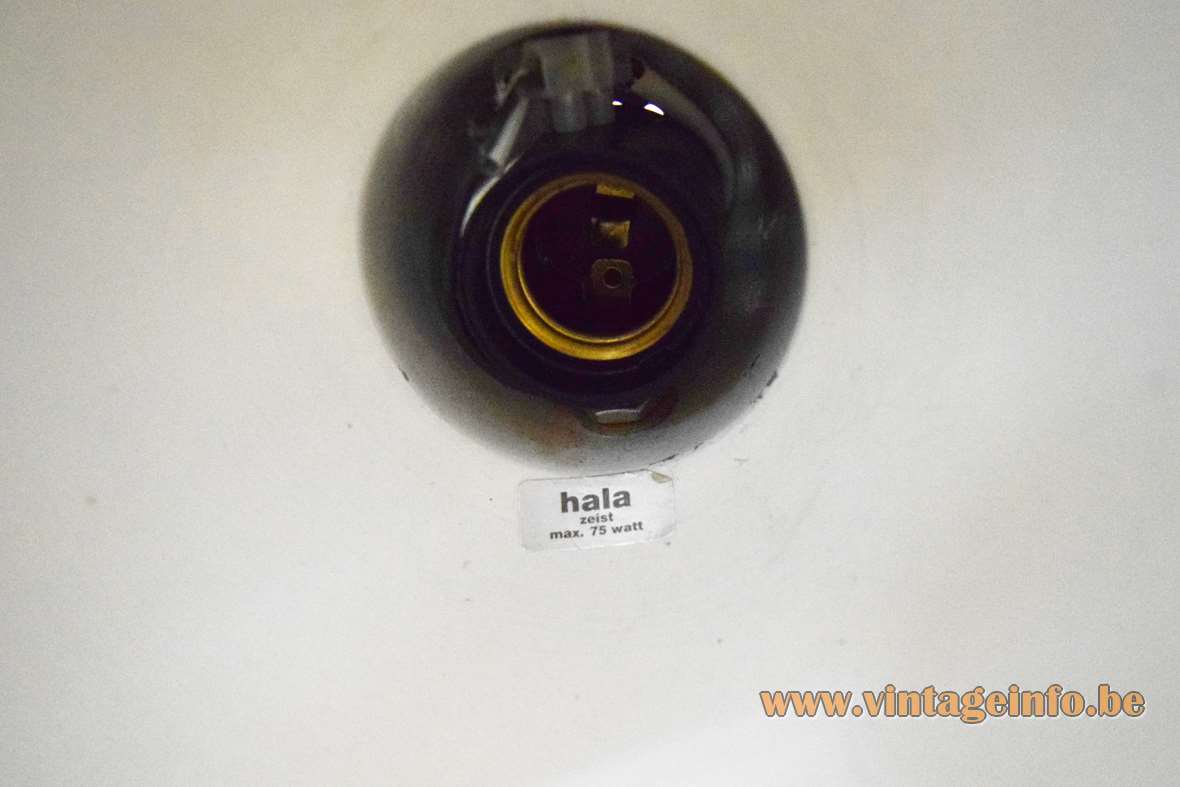 Other versions: The base and chrome rods of this Hala Comet floor lamp was used for many years and was used for several lamps since the 70s. They all have a different lampshade.

Today (2018) a Hala floor lamp with the same base is sold as a VT Wonen lamp. It is named Comet and it only has a different lampshade. The electric parts of this floor lamp are from the 1980s.

Hala is one of the first light companies of The Netherlands, originated in 1932 in the city of Zeist and later moved to Amersfoort. Herman Theodoor Jan Anthoin Busquet was the founder of the company. It is always said that he designed most of the the Hala lamps, but those are in all probability false assumptions.

The company’s origin is in Hannover, Germany. The name is derived from the Hannoversche Lampenfabrik GmbH, founded in 1920. HALA Hanover ended business in 1950.

Today the company is located in Almere (since 2008) and is part of Maretti Lighting. A lot of the Hala lamps are still for sale in the Maretti webshop.