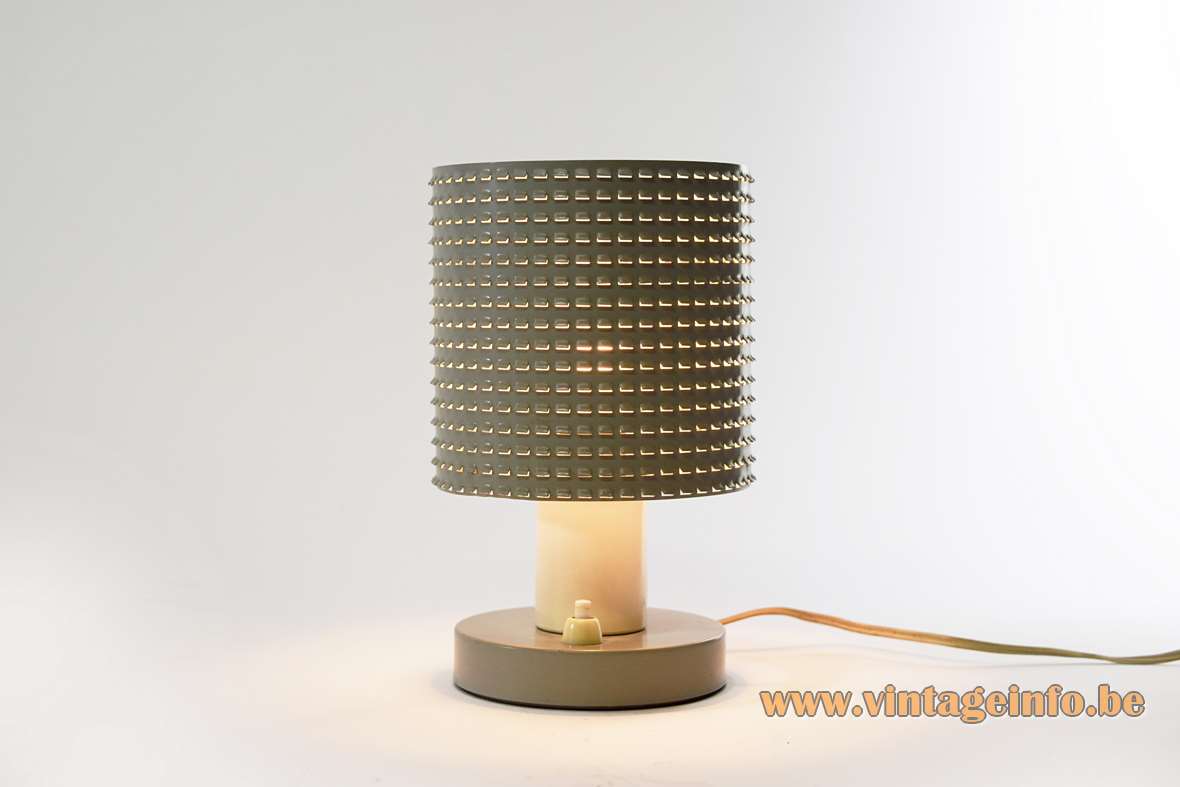 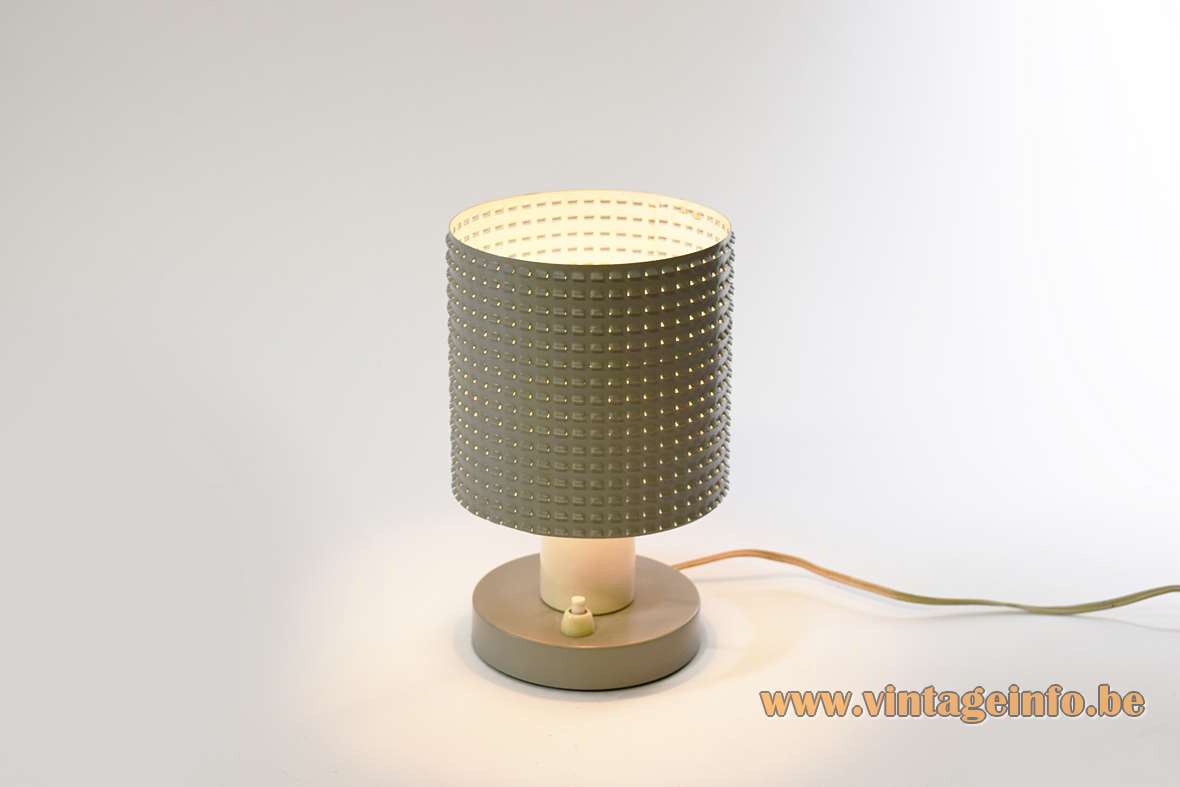 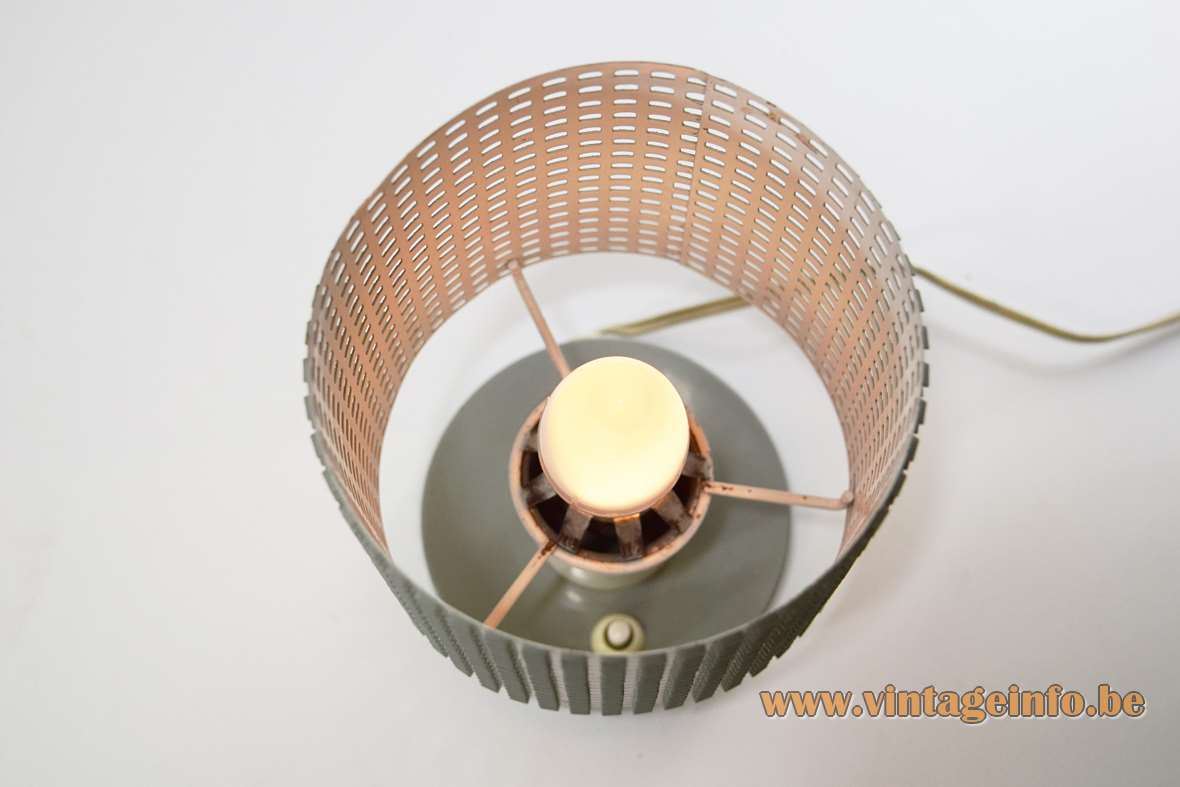 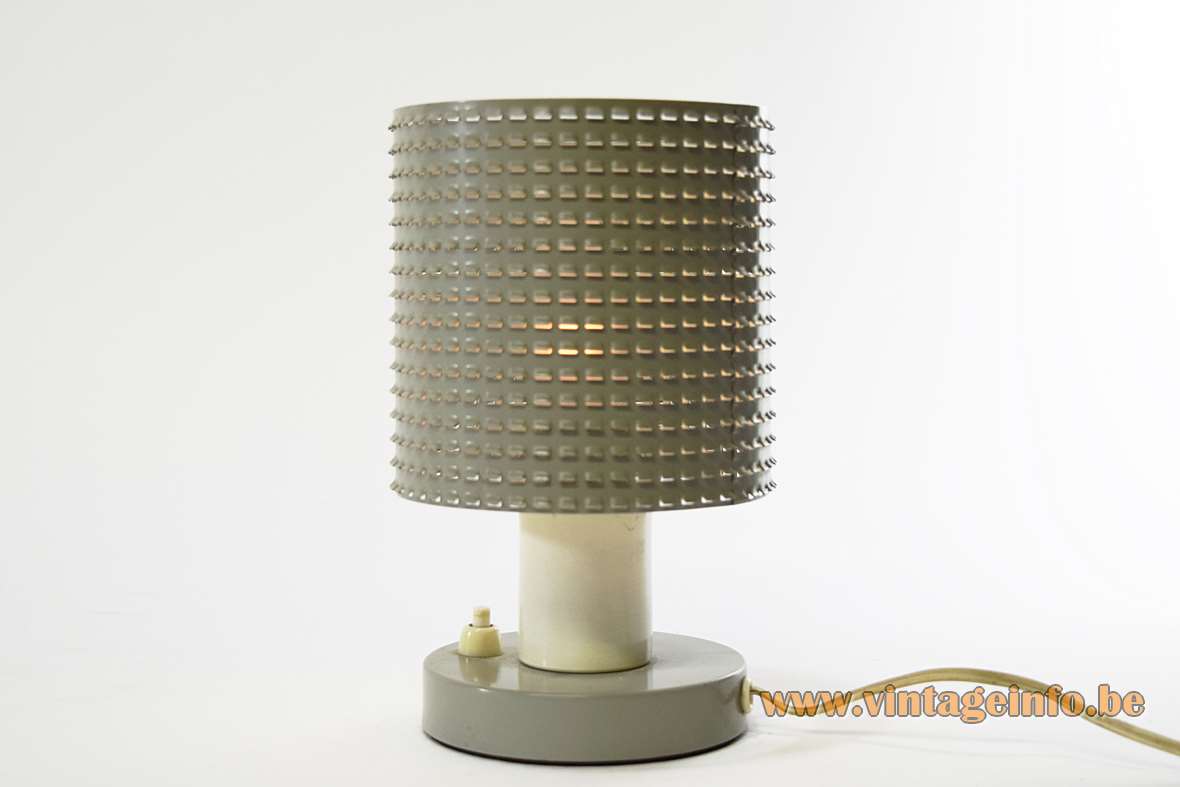 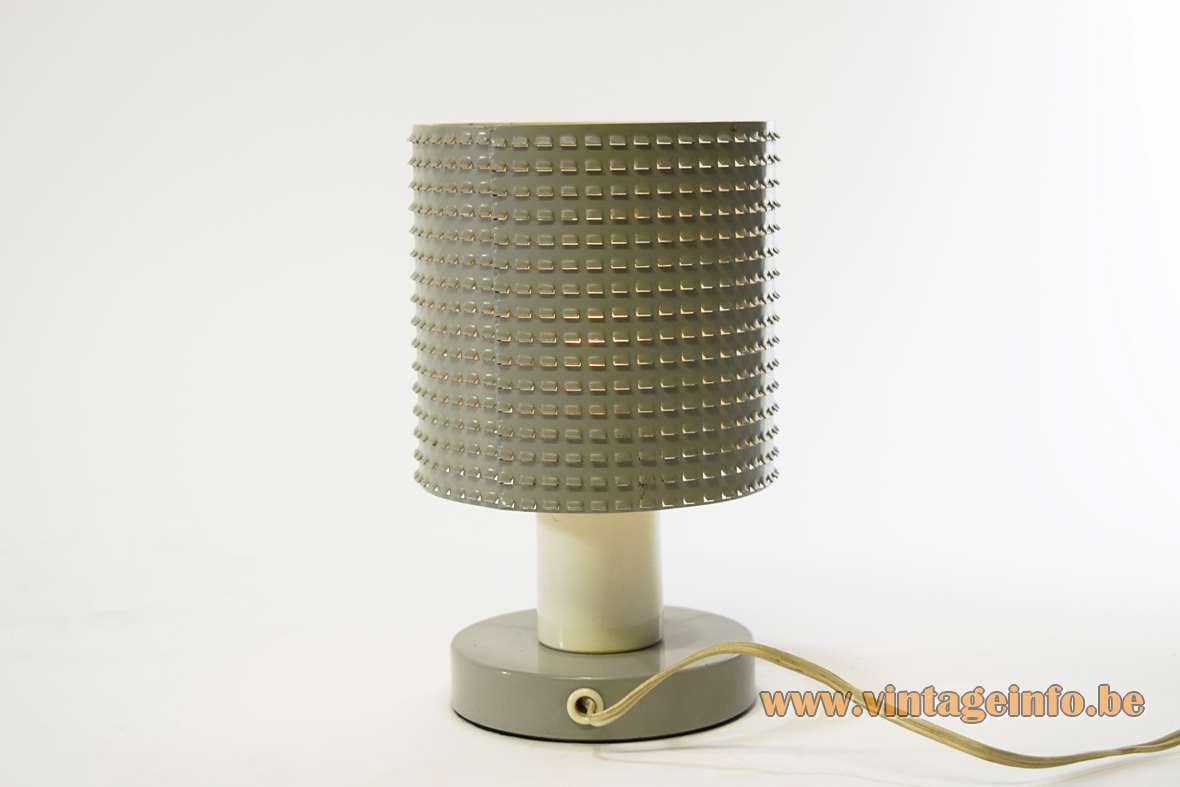 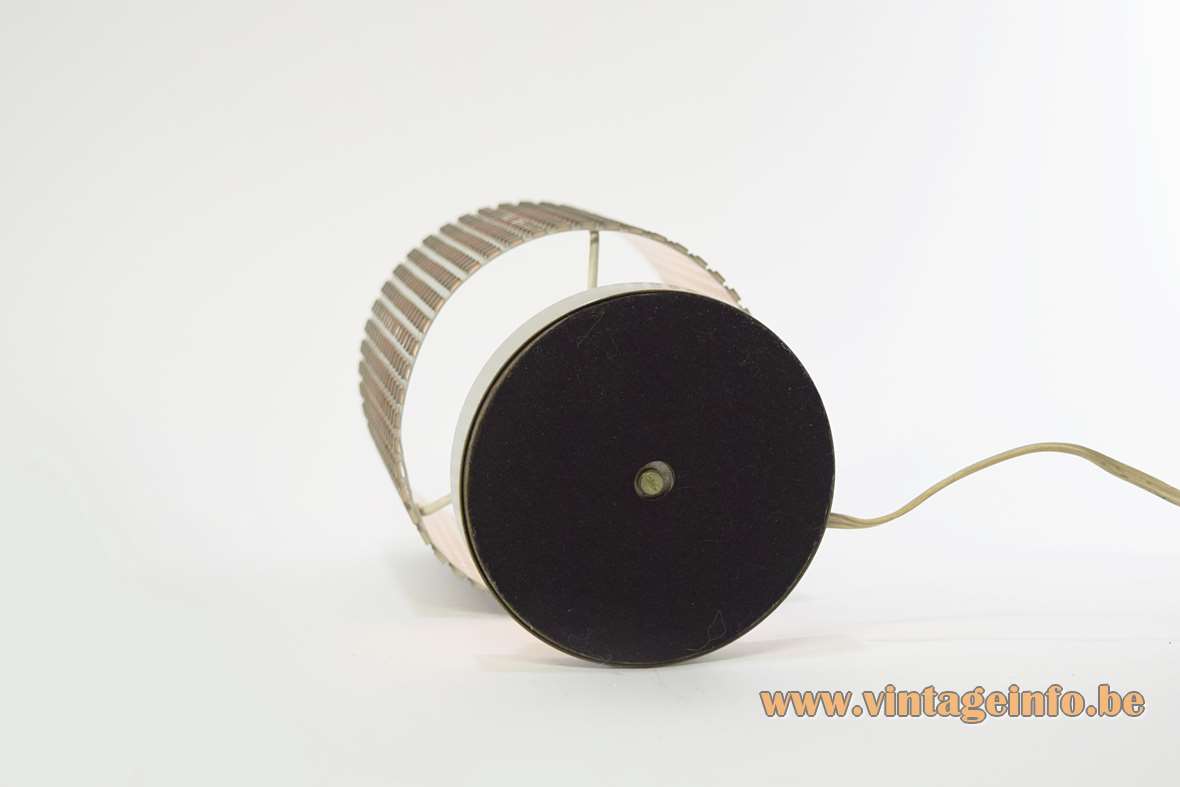 Other versions: This Hala Fiesta table lamp or Fiësta (Dutch) exists in several colours. Made as a single and double wall lamp and a ceiling lamp or flush mount. These lamps appear in the Hala catalogue of 1962.

Herman Theodoor Jan Anthoin Busquet, the designer of many Hala lamps (as always been said) is also the founder of the company.

Hala Fiesta wall lamps and flush mount catalogue picture. All made with this perforated grid design. 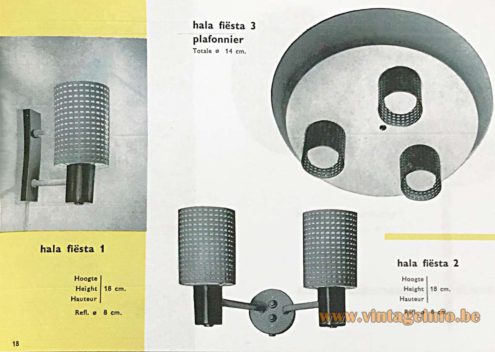 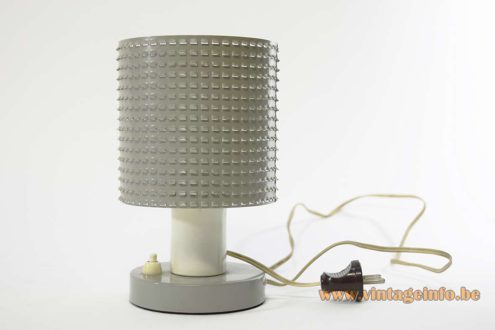