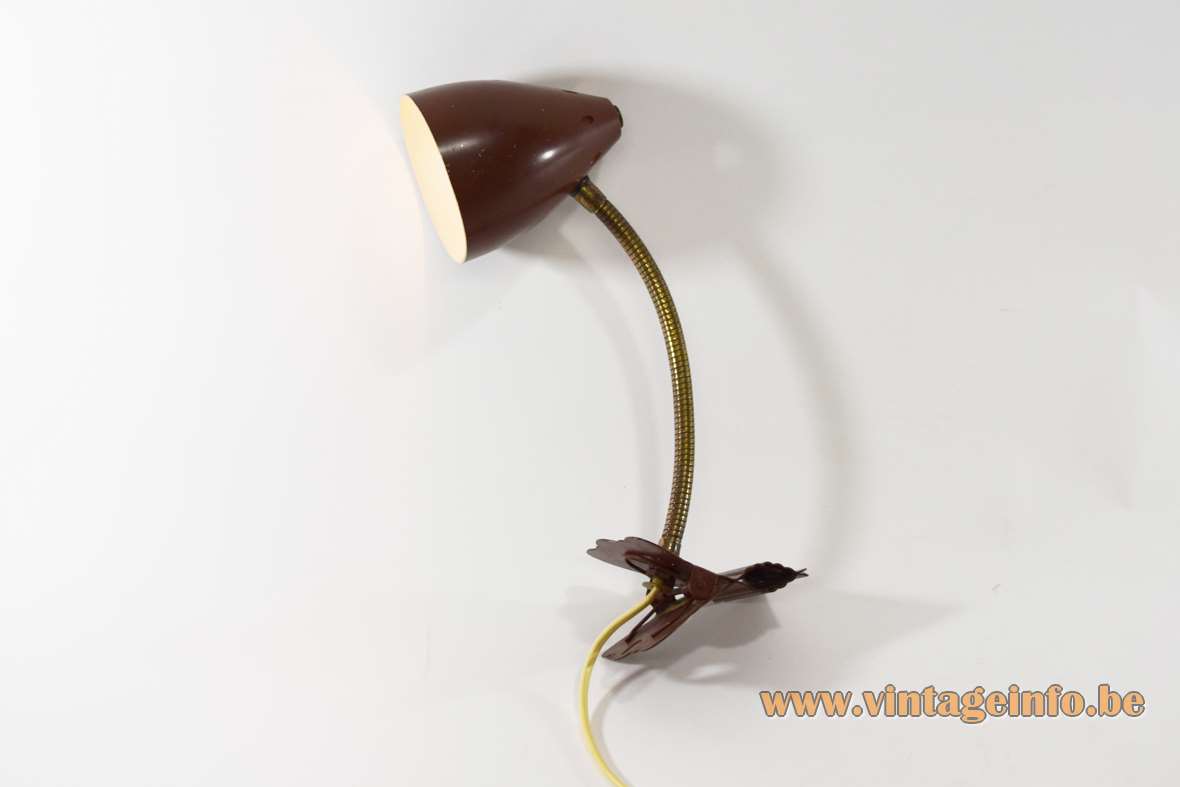 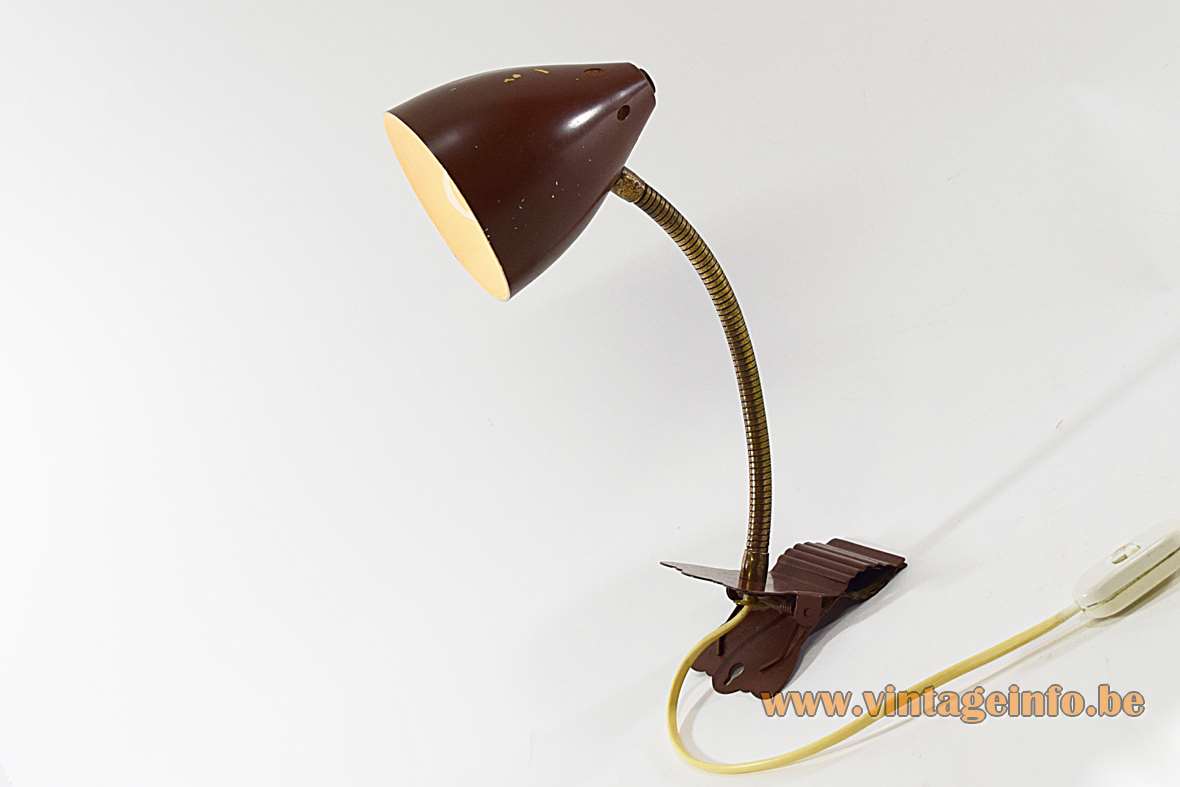 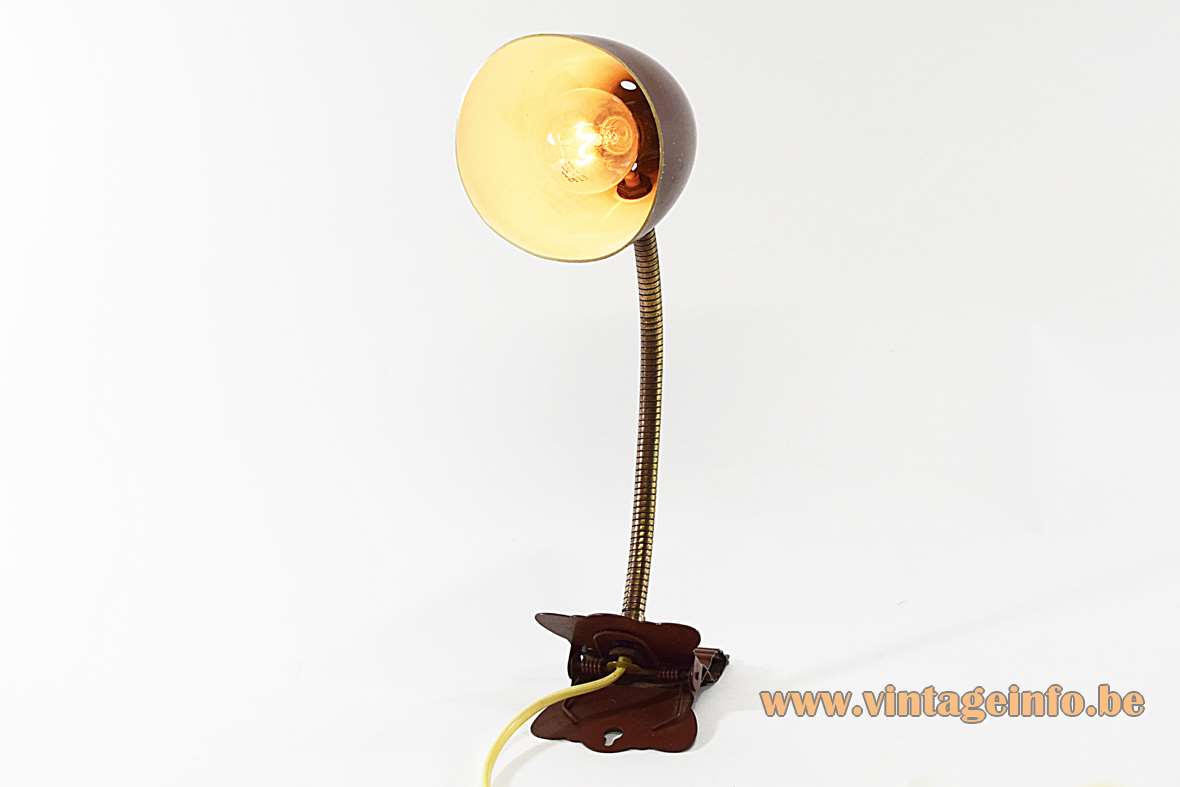 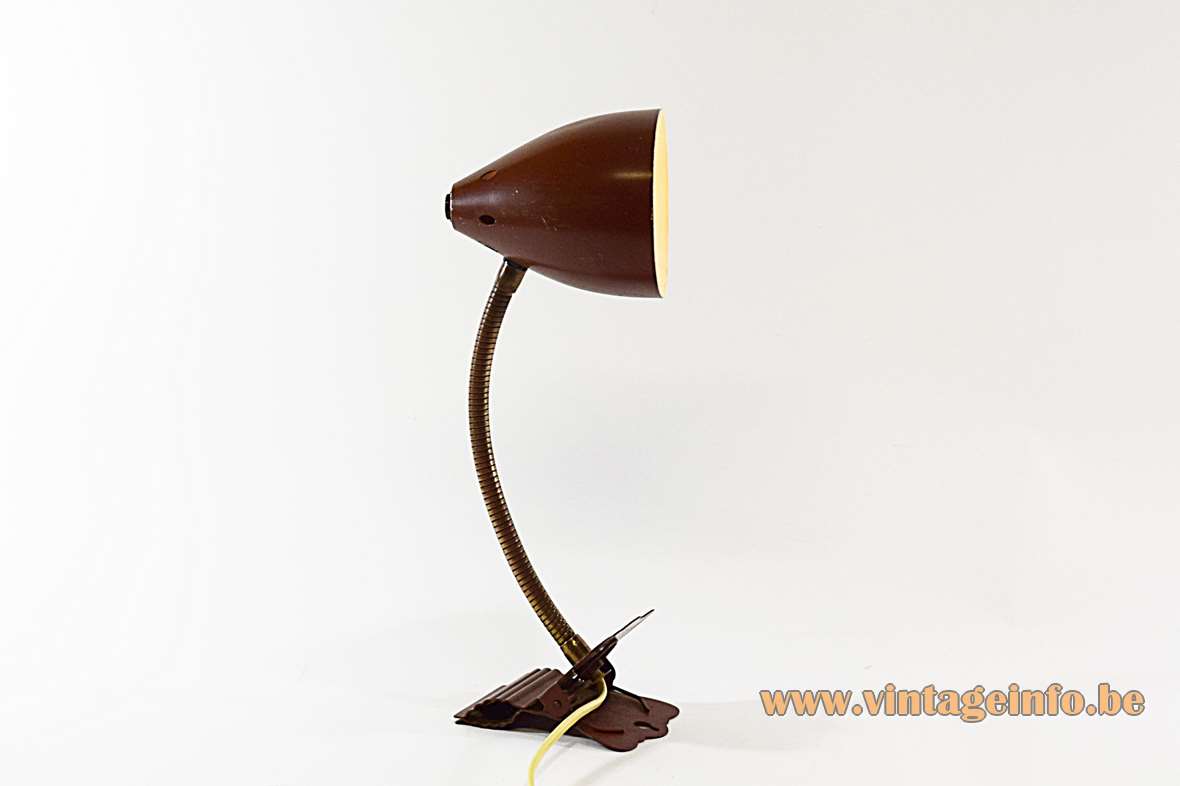 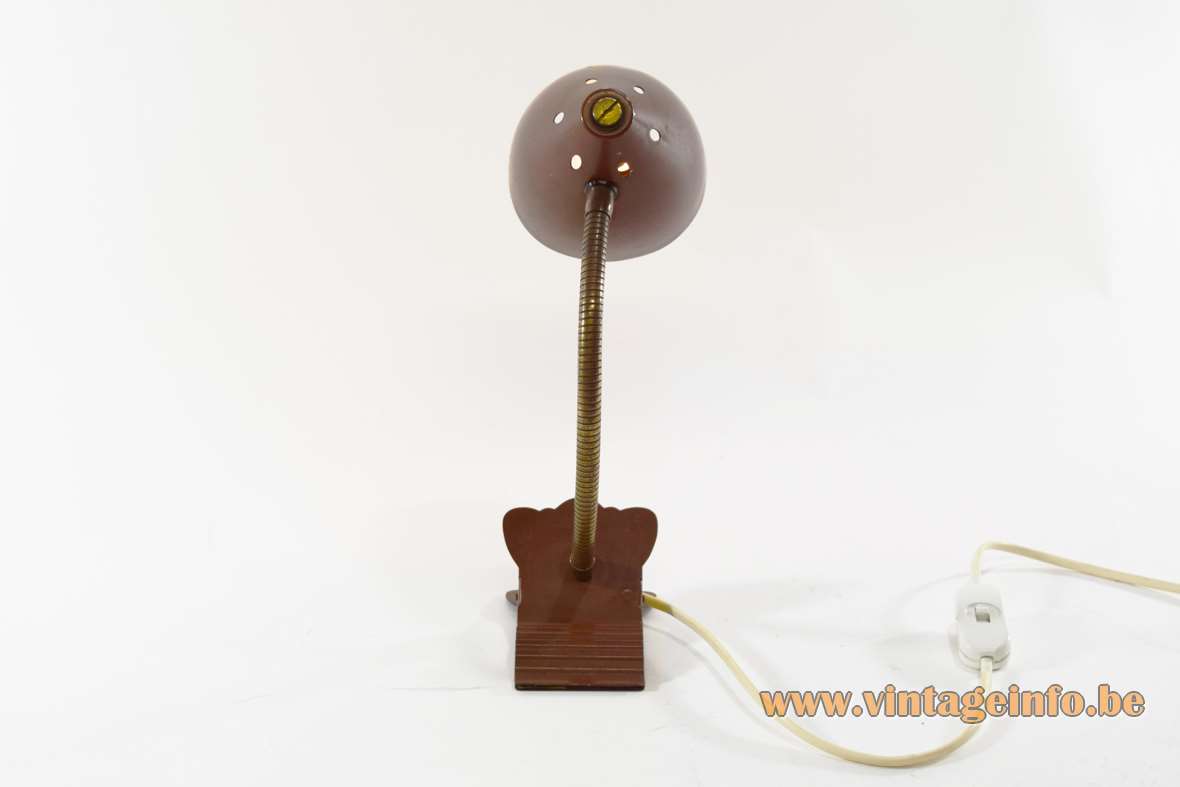 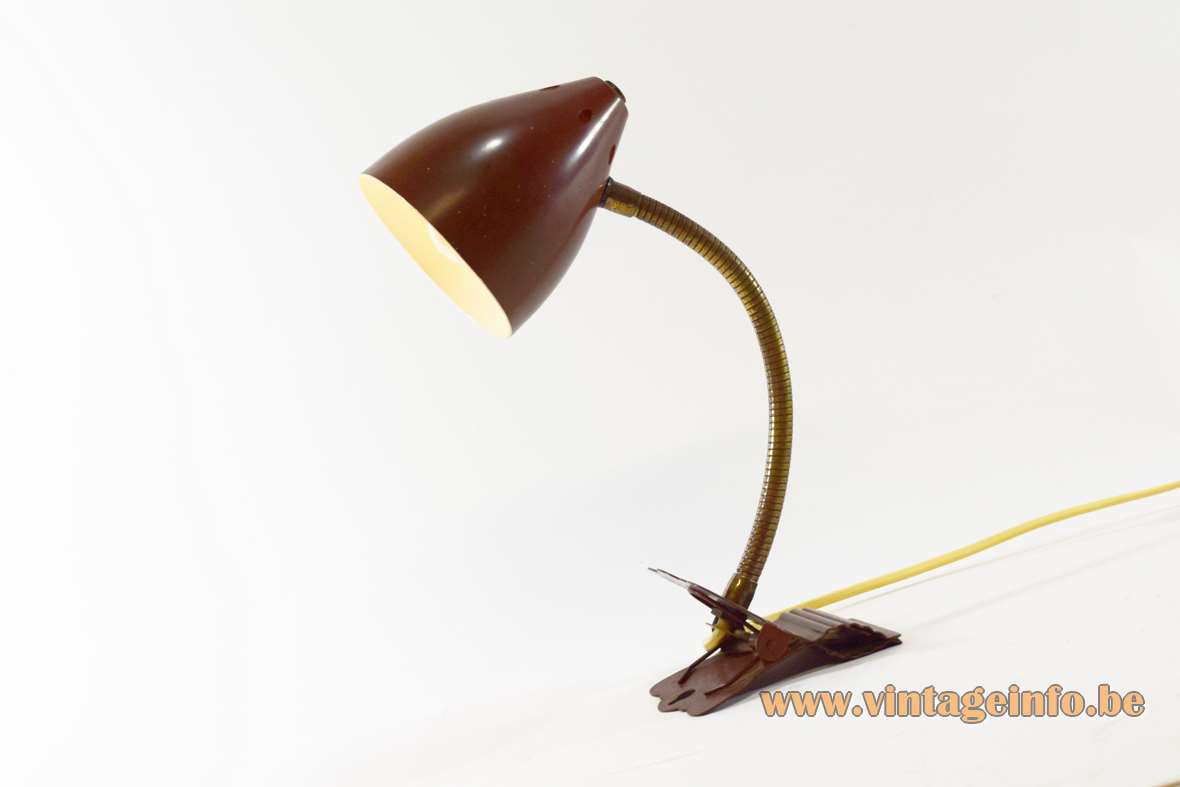 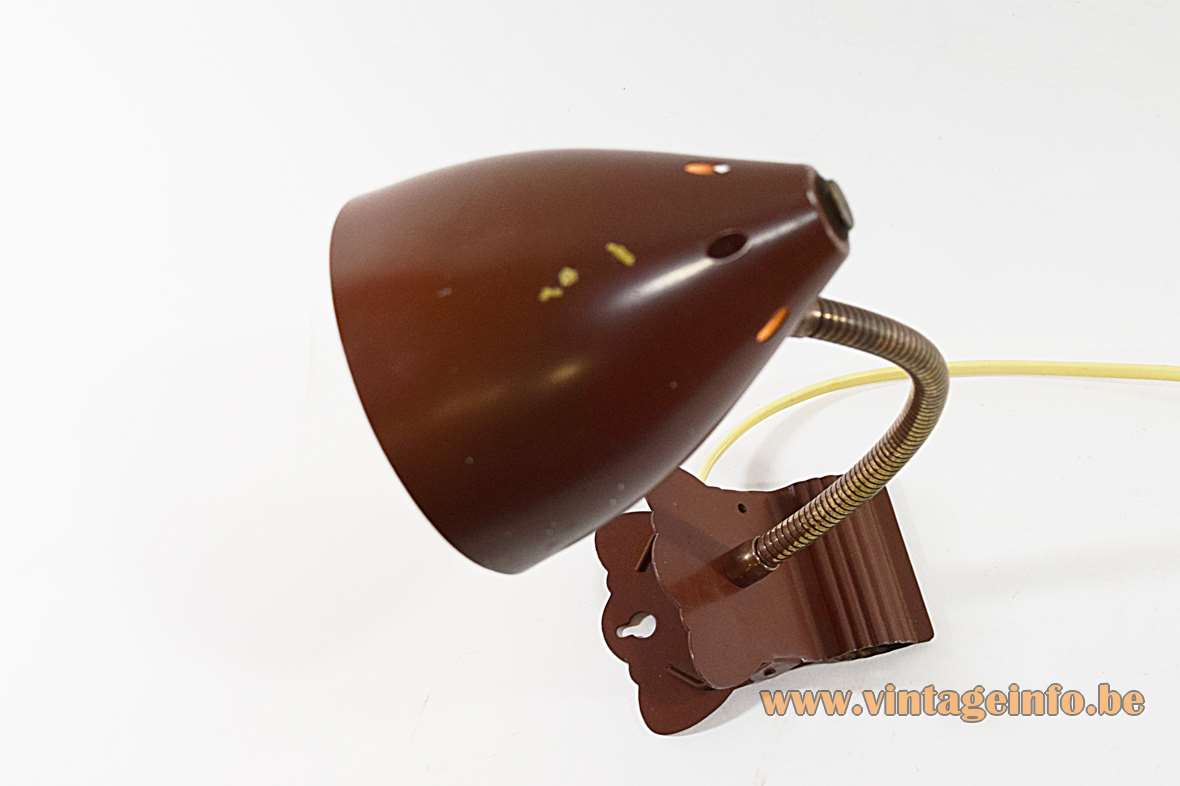 The Ukkie lamp in the 1959 catalogue

The Ukkie lamp in the 1967 catalogue

Other versions: Made in several colours and some variations in the lampshade over the years. The clamp was used for several other lamps.

Ukkie is Dutch and it is often used as a cute and loving name for a small person. This may be a baby or a toddler. It is also often used to tease someone. 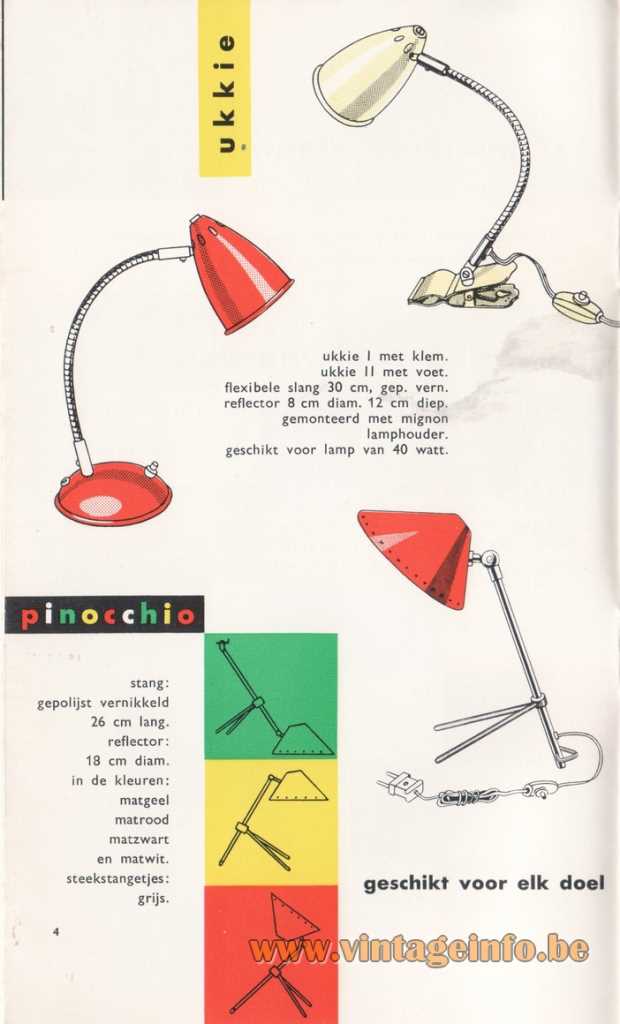