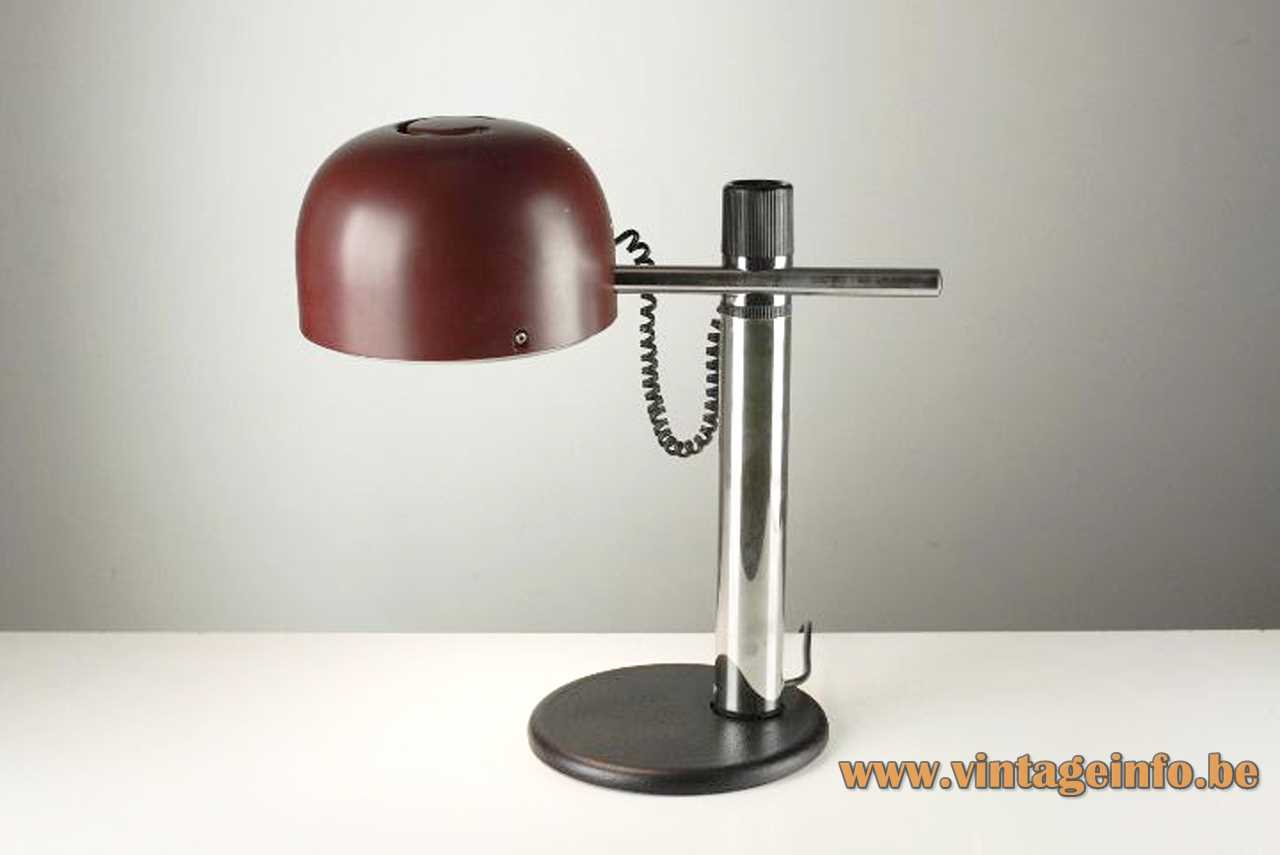 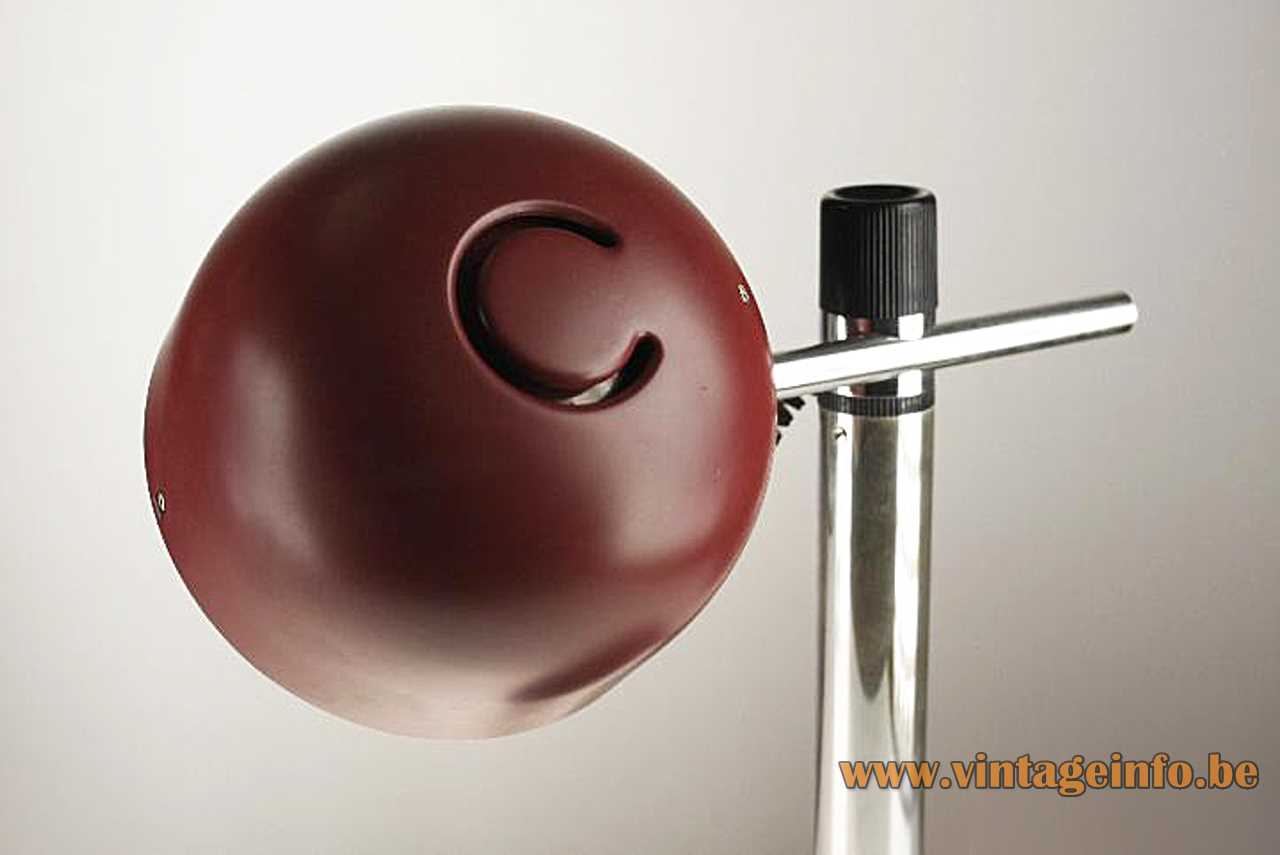 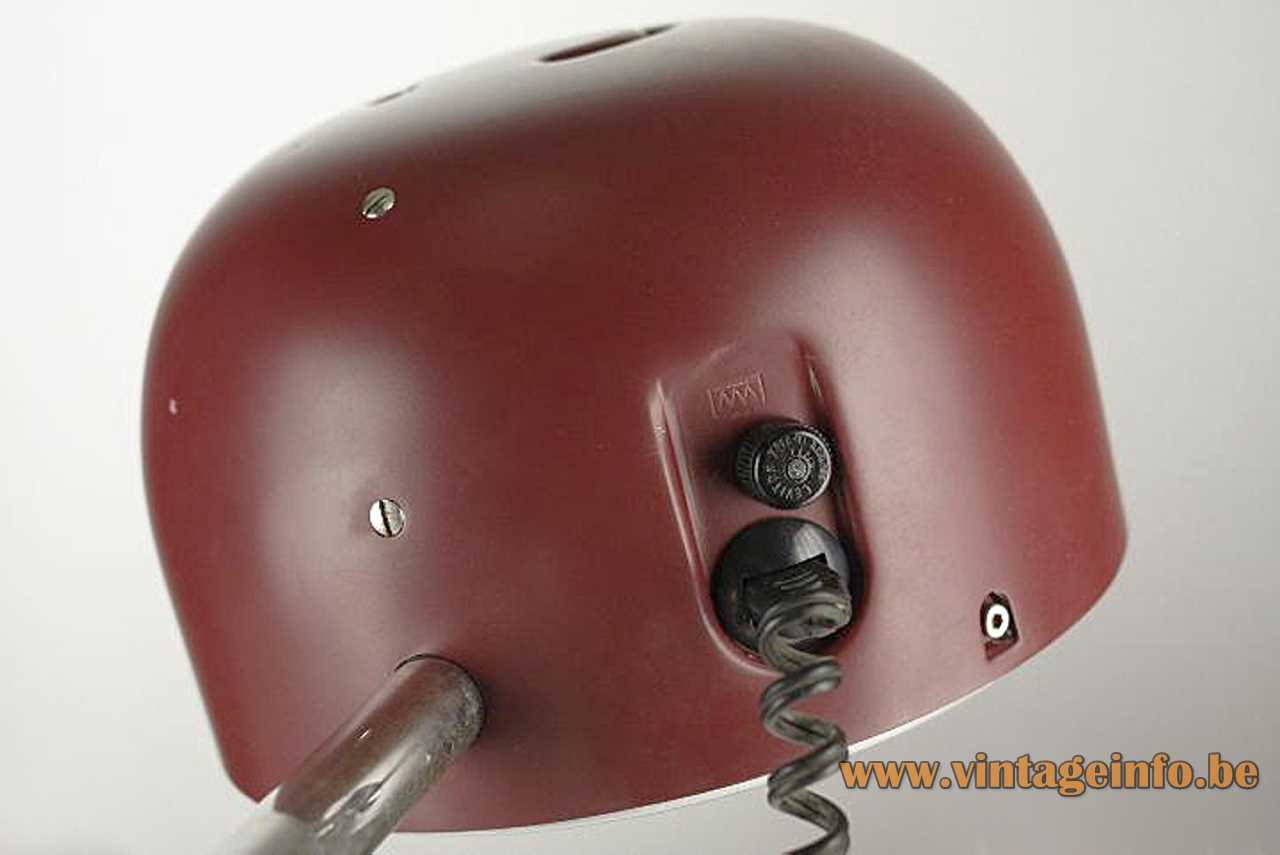 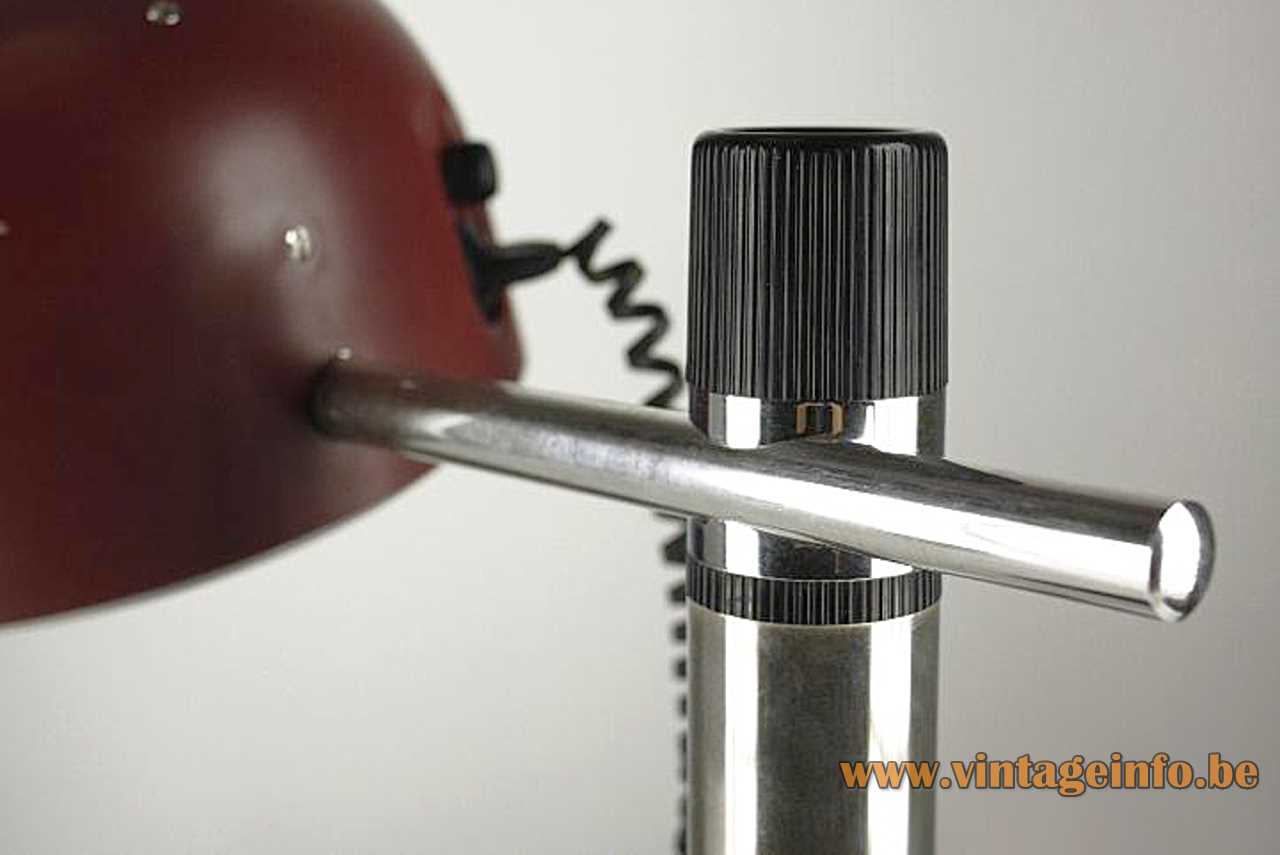 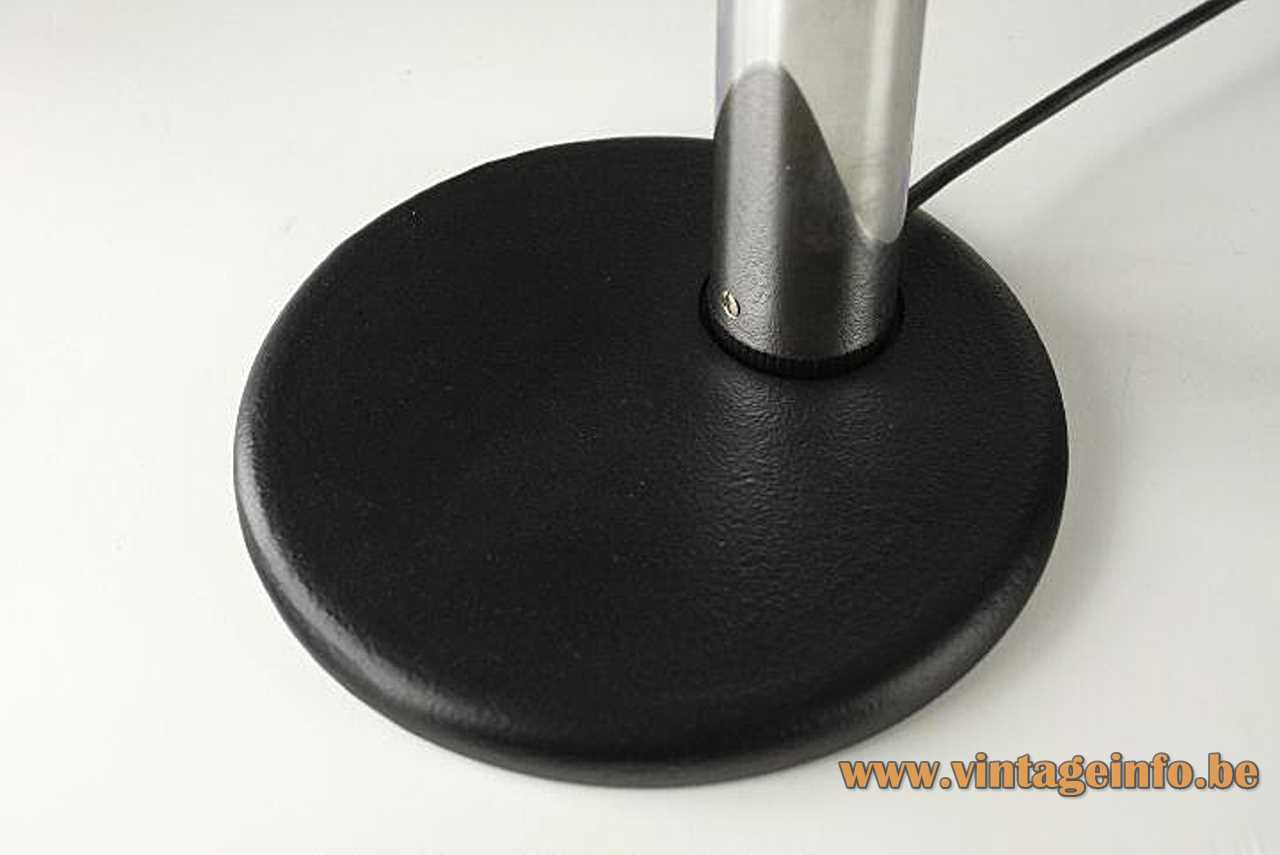 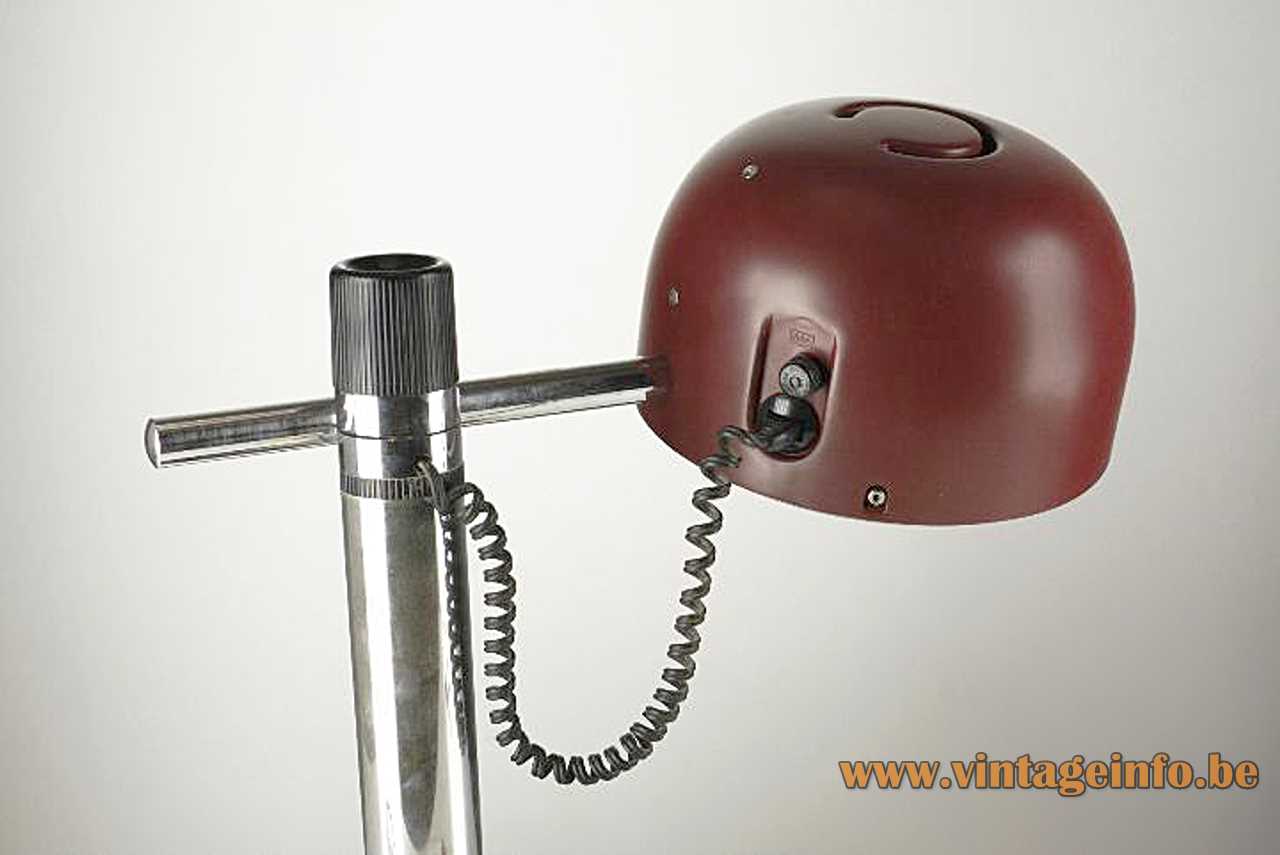 Other versions: This Metalarte maroon desk lamp exists in several colours. It was also made as a floor lamp. It is equipped with a Leviton Manufacturing Co Inc dimmer (USA). Metalarte produced several other lamps in this style.