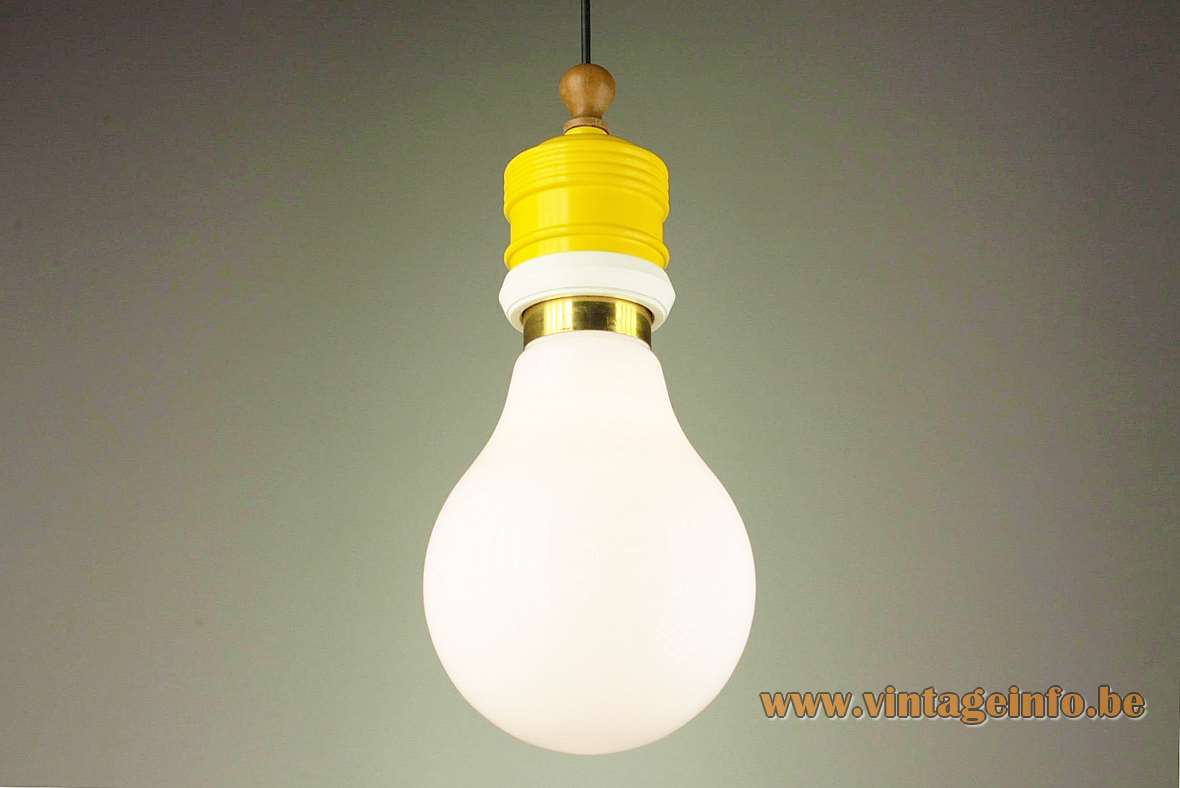 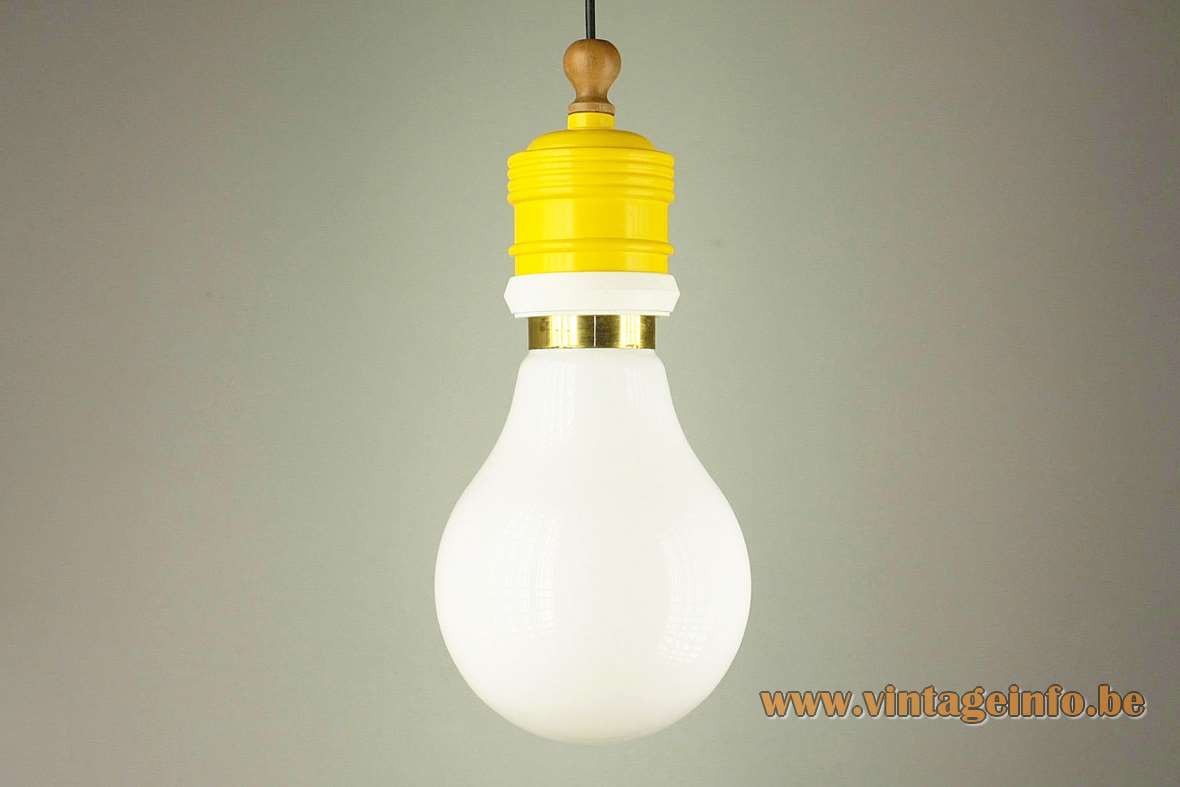 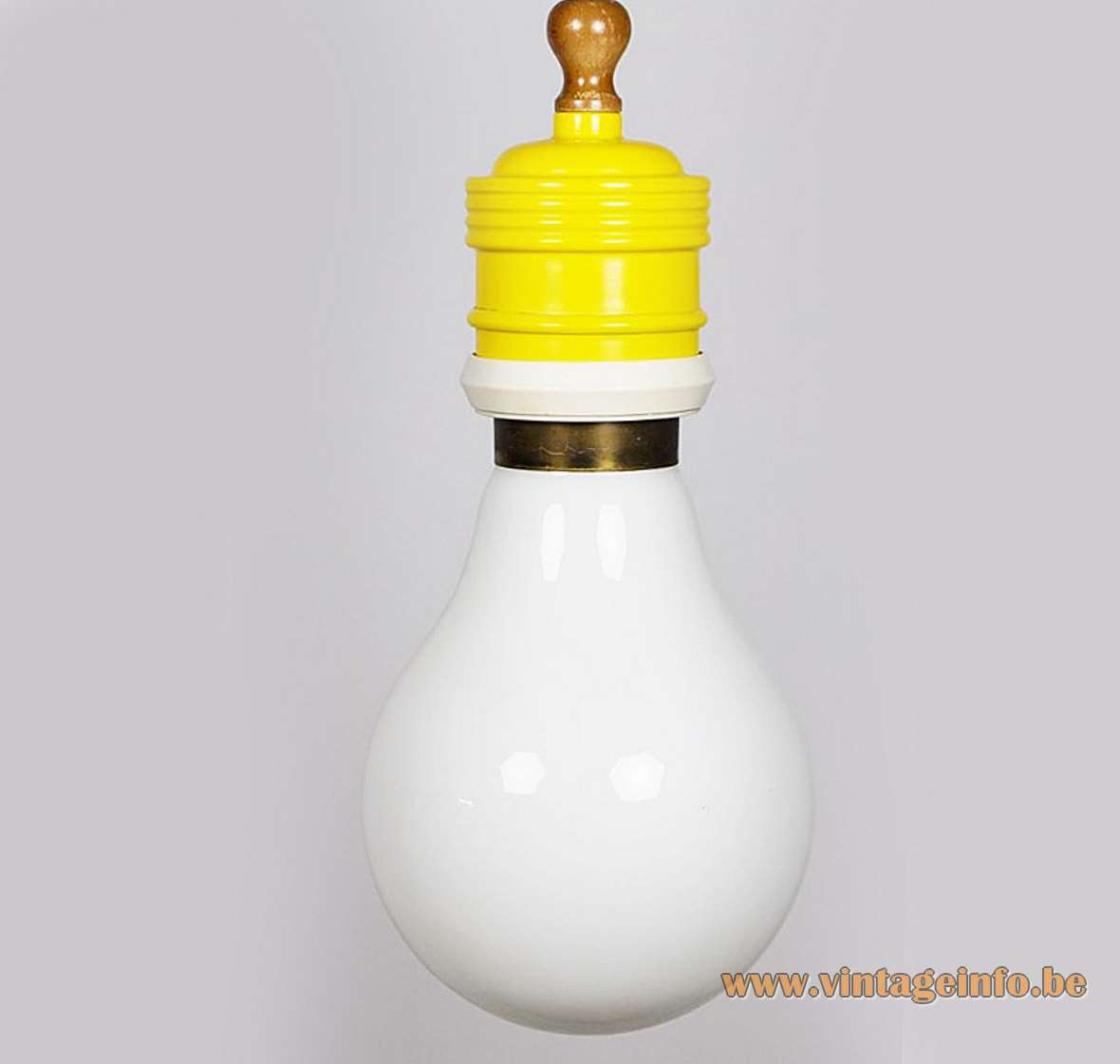 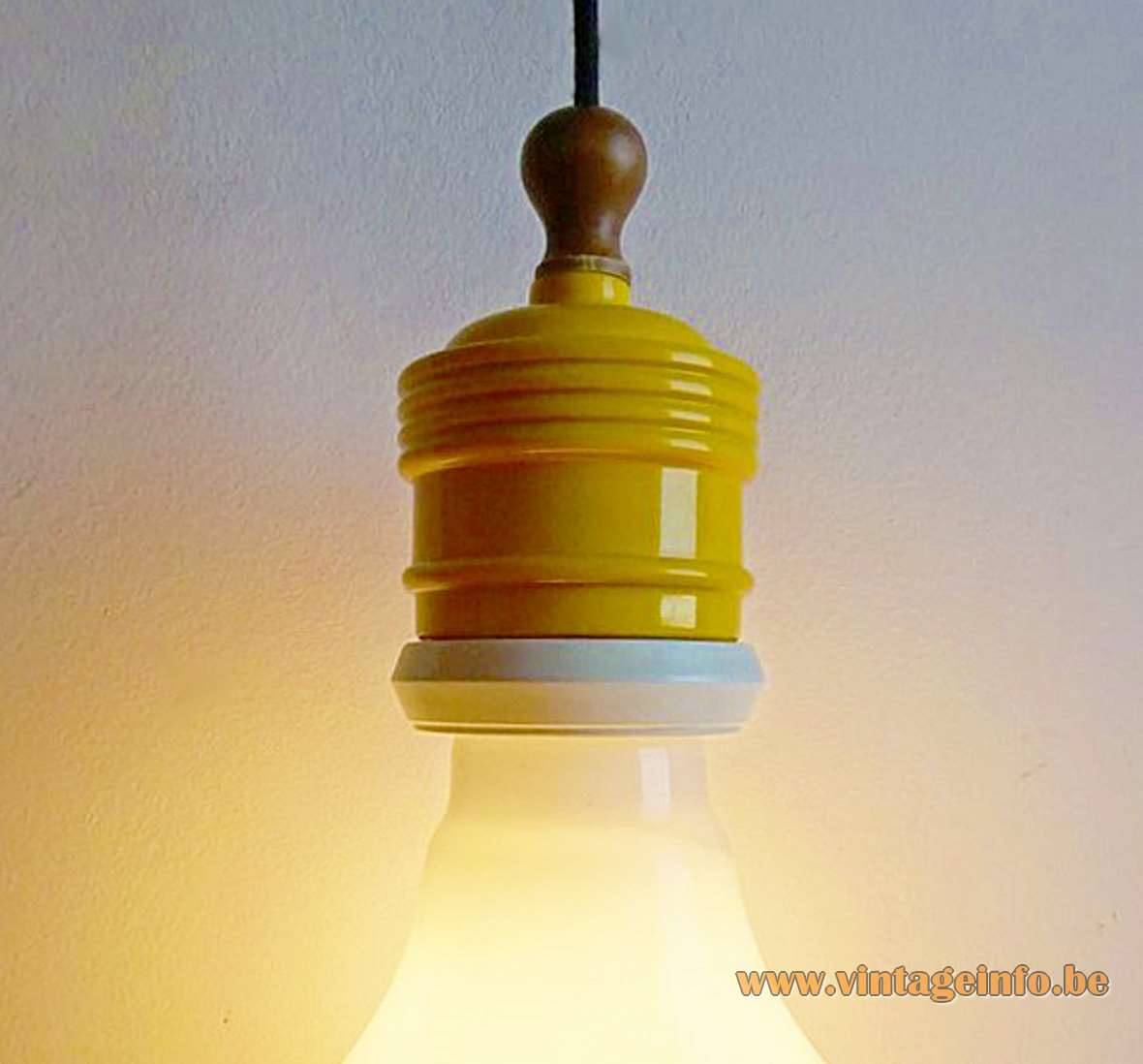 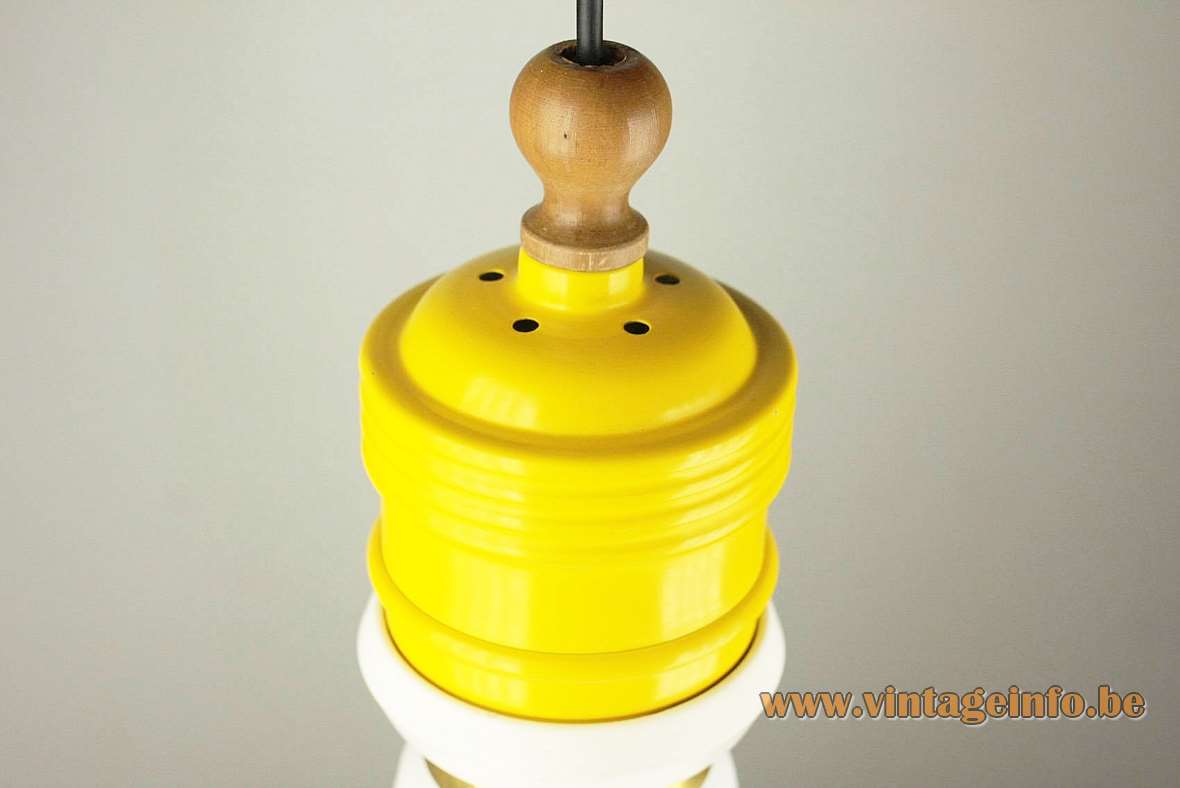 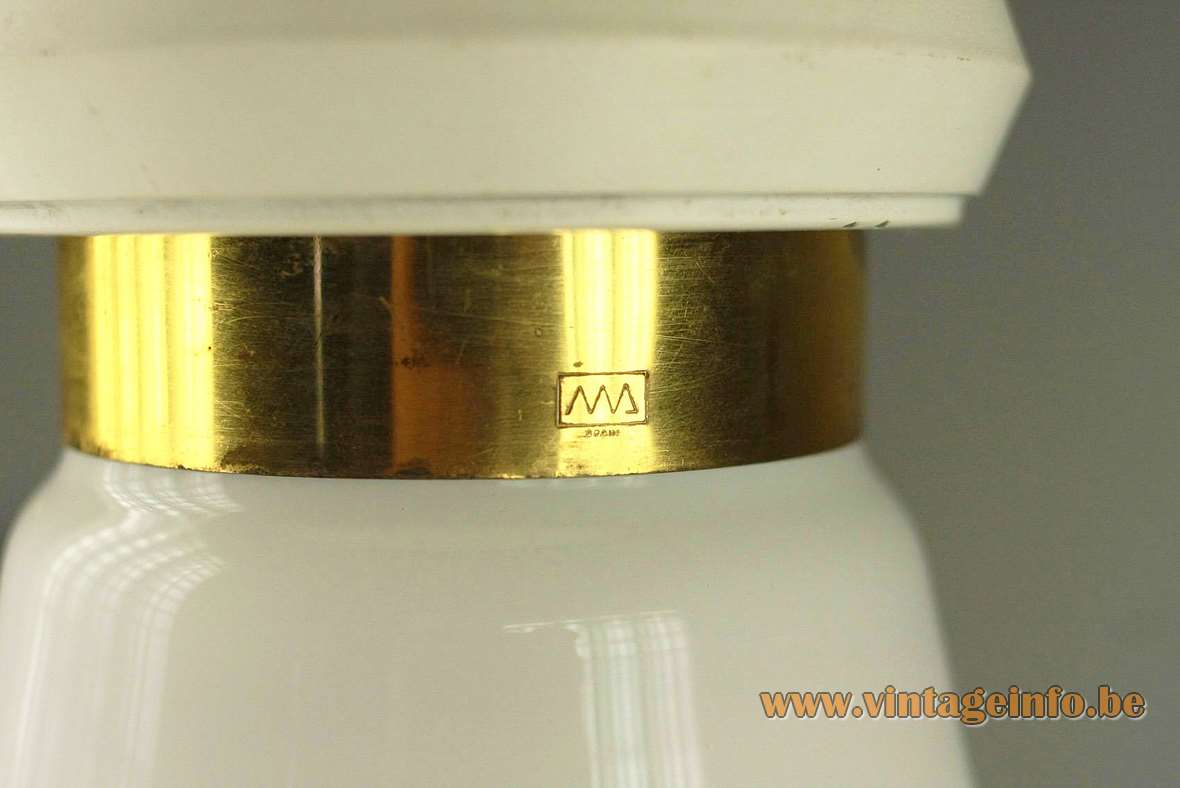 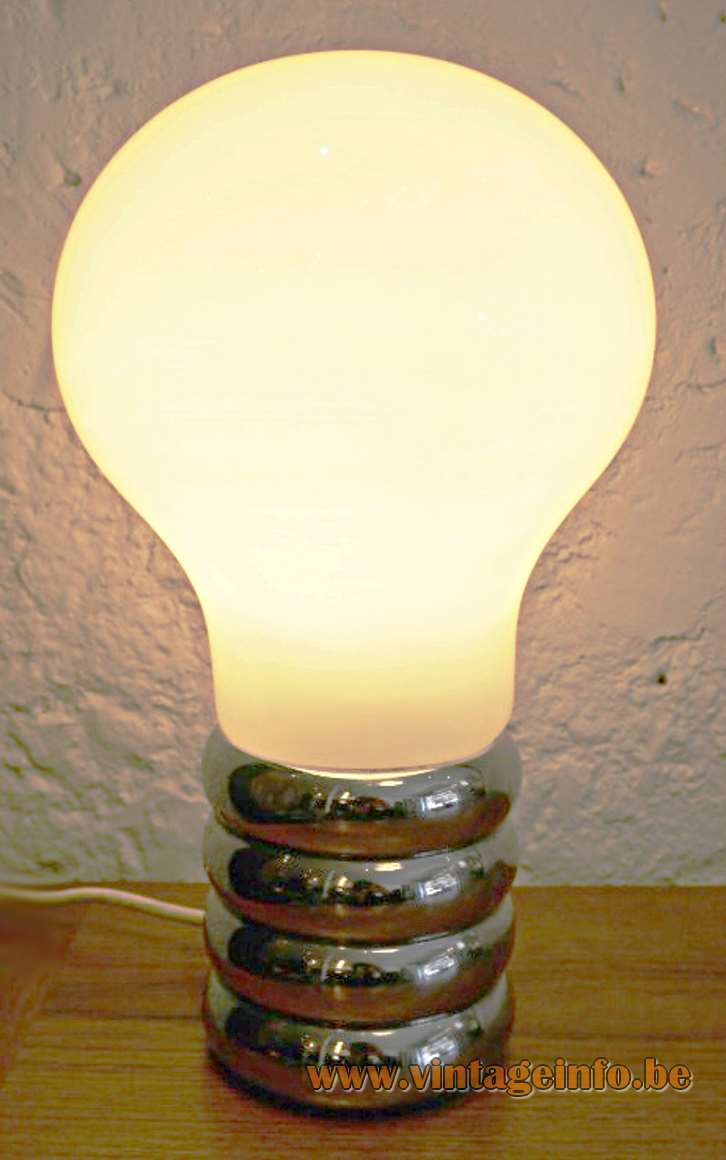 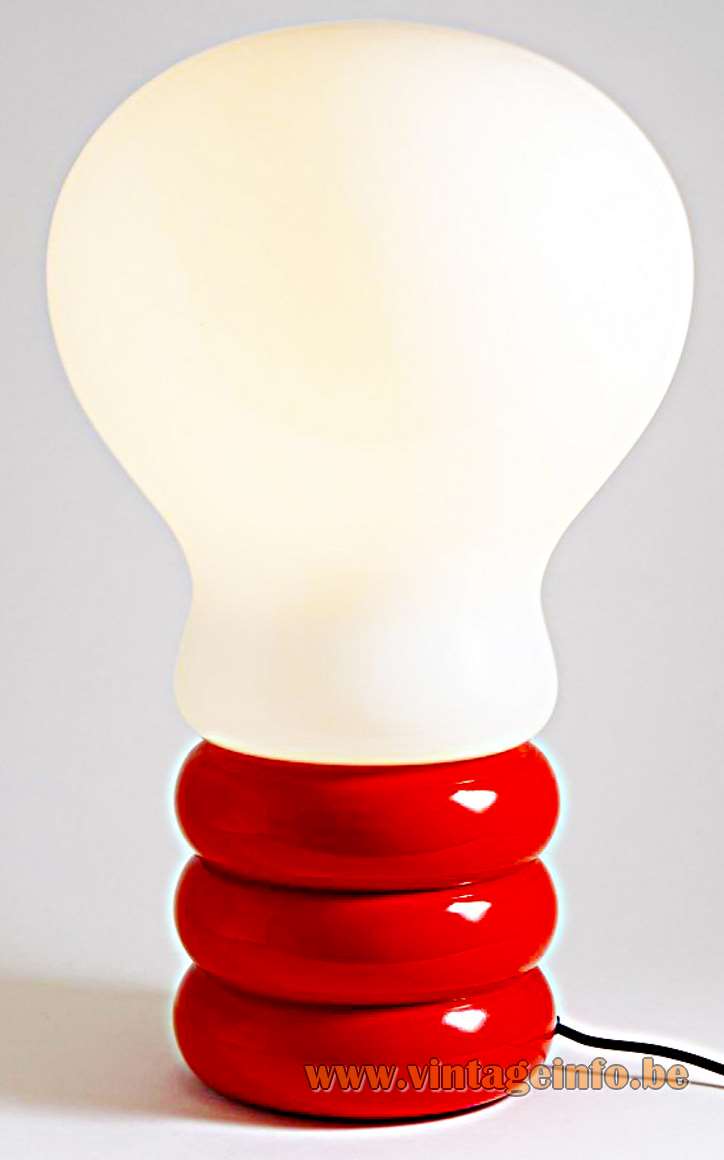 Electricity: 1 bulb E27, 1 x 60 watt maximum, 110/220 volt.
Any type of light bulb can be used, but a white or frosted one gives the most beautiful result. Clear bulbs creates stripes on opal glass.

Other versions: The Metalarte Bulb pendant lamp exists in several colours and was also made with a lampshade above the bulb. The Metalarte logo is pressed in the brass.

It is always said that this bulb pendant lamp from Metalarte is from the 1970s, but that is what everybody also says about the Ingo Maurer lamp (below). It is more likely from the 1980s, given the similar yellow colour.

Many companies produced similar pendant lamps. Another one can be found here on Vintageinfo. Artemide produced the Arianna pendant lamp. A design by Piero Brombin. It appears in the 1976 StudioA catalogue. However, the 1980s pendant lamp designed by Ingo Maurer became the most well known. Probably because he already designed the table and floor lamp in 1966.

The most famous “Bulb” table lamp is designed in 1966 by Ingo Maurer and made in two sizes, 30 cm and the “Giant” was 56 cm. The normal size is still in production but only in clear crystal Murano glass. The white opal version is out of production. It was designed after the idea of the over sized examples created by the American pop art artist Claes Oldenburg. 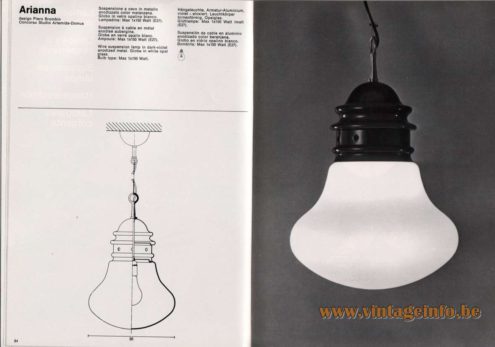 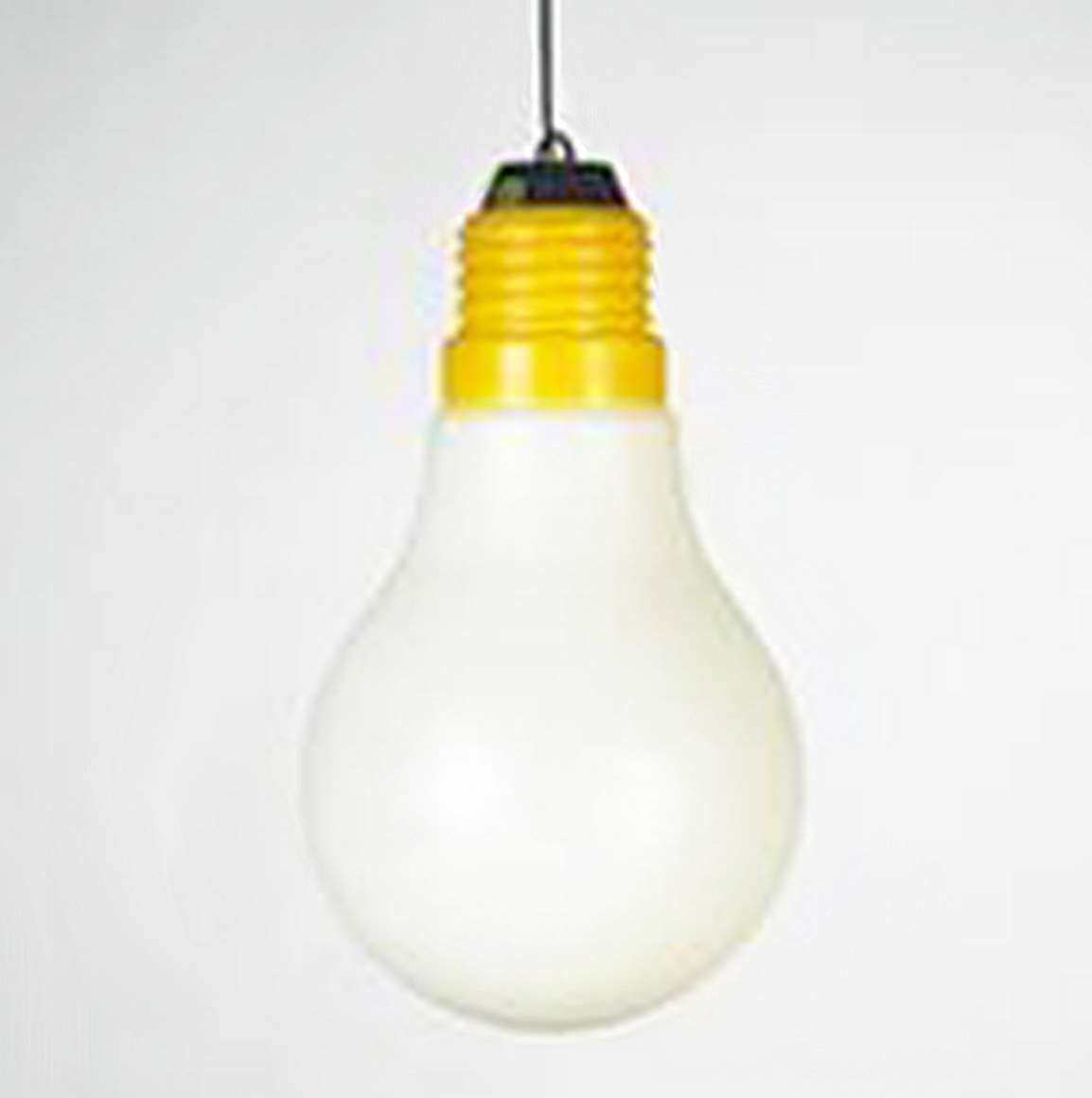 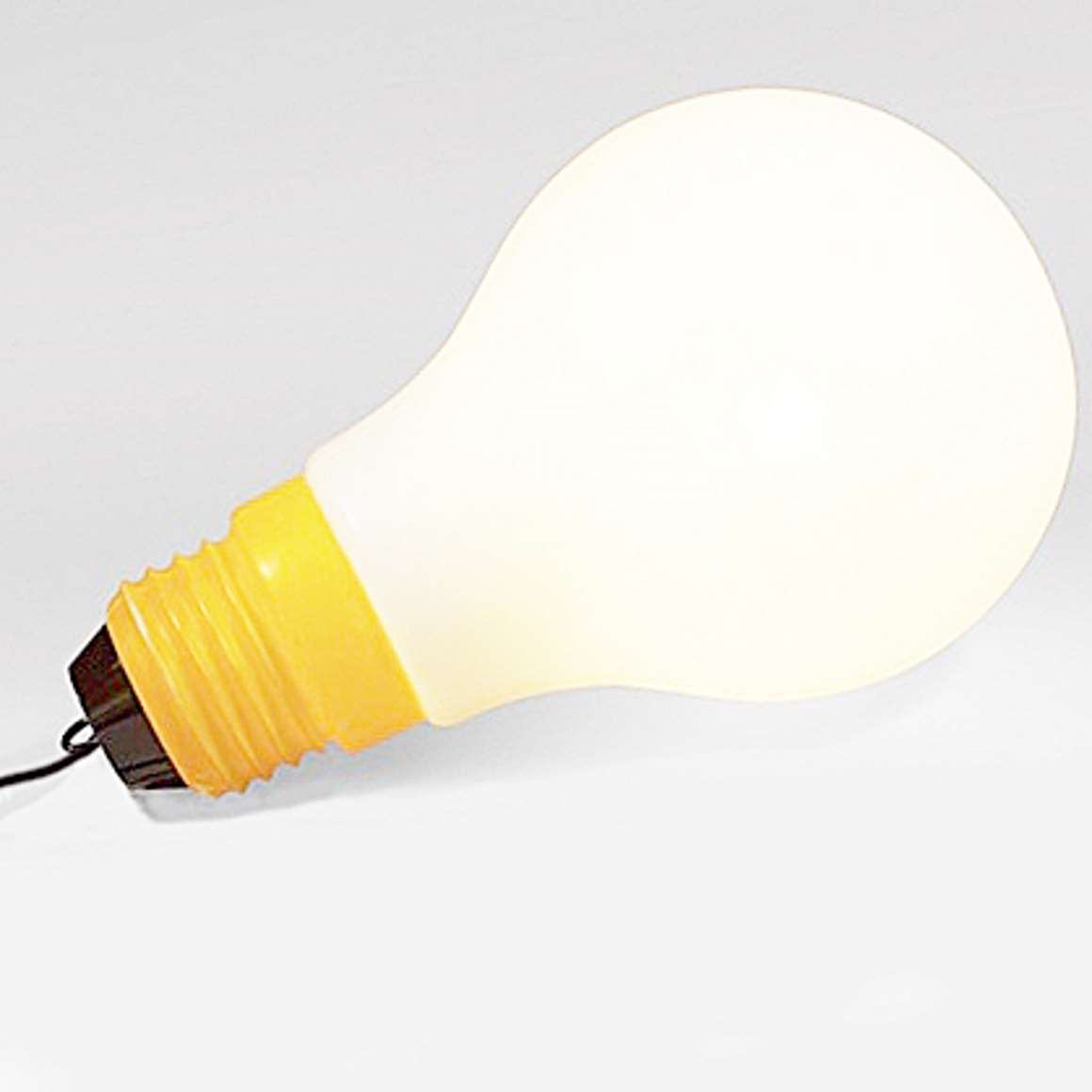 The “Bulb” table lamp on the Ingo Maurer website