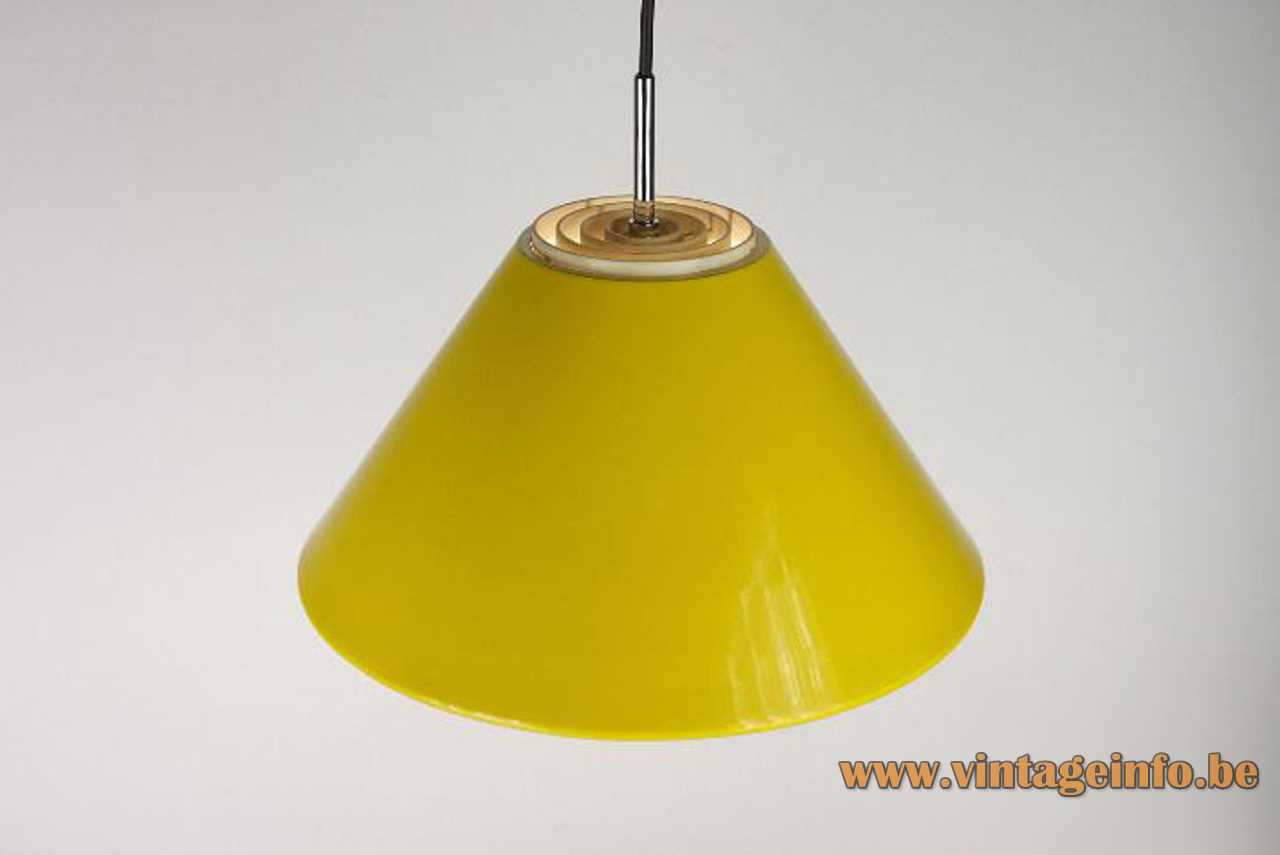 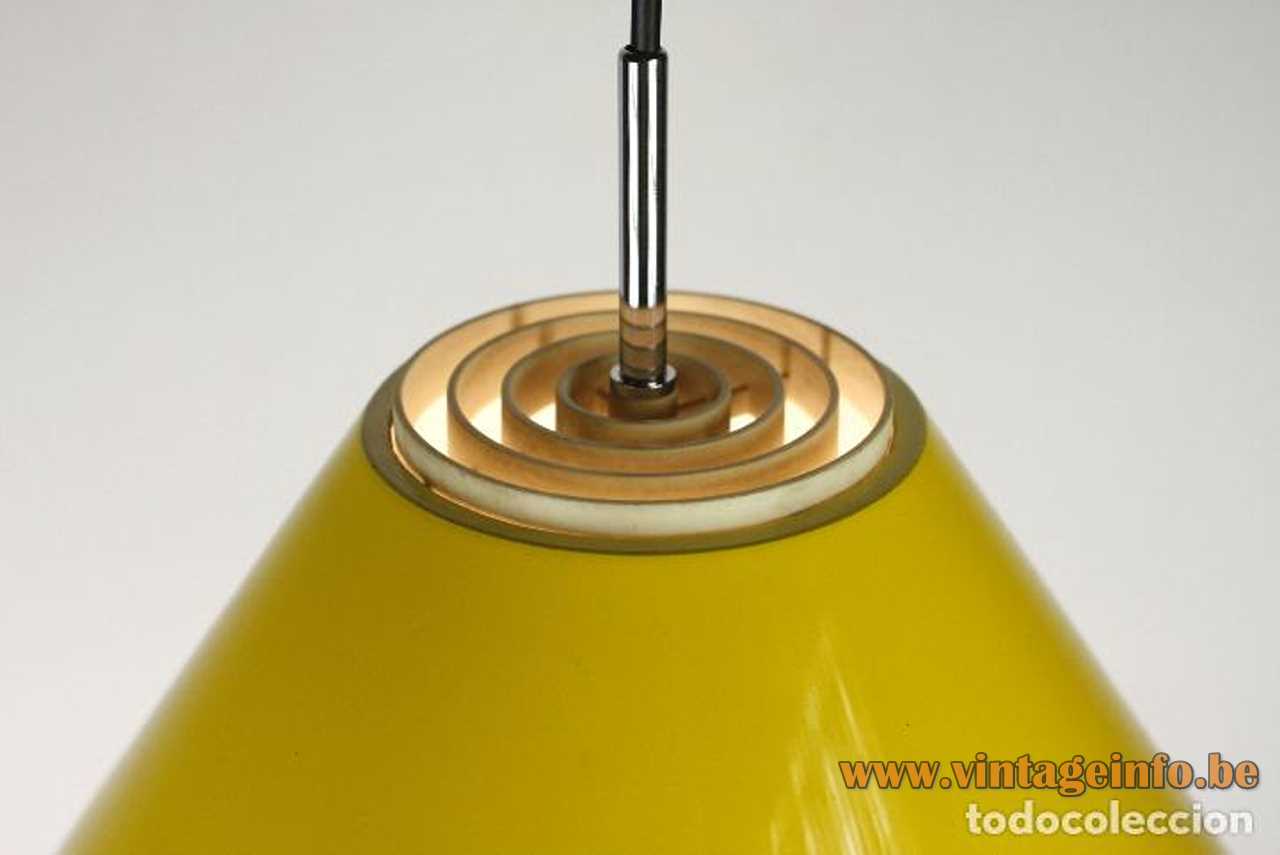 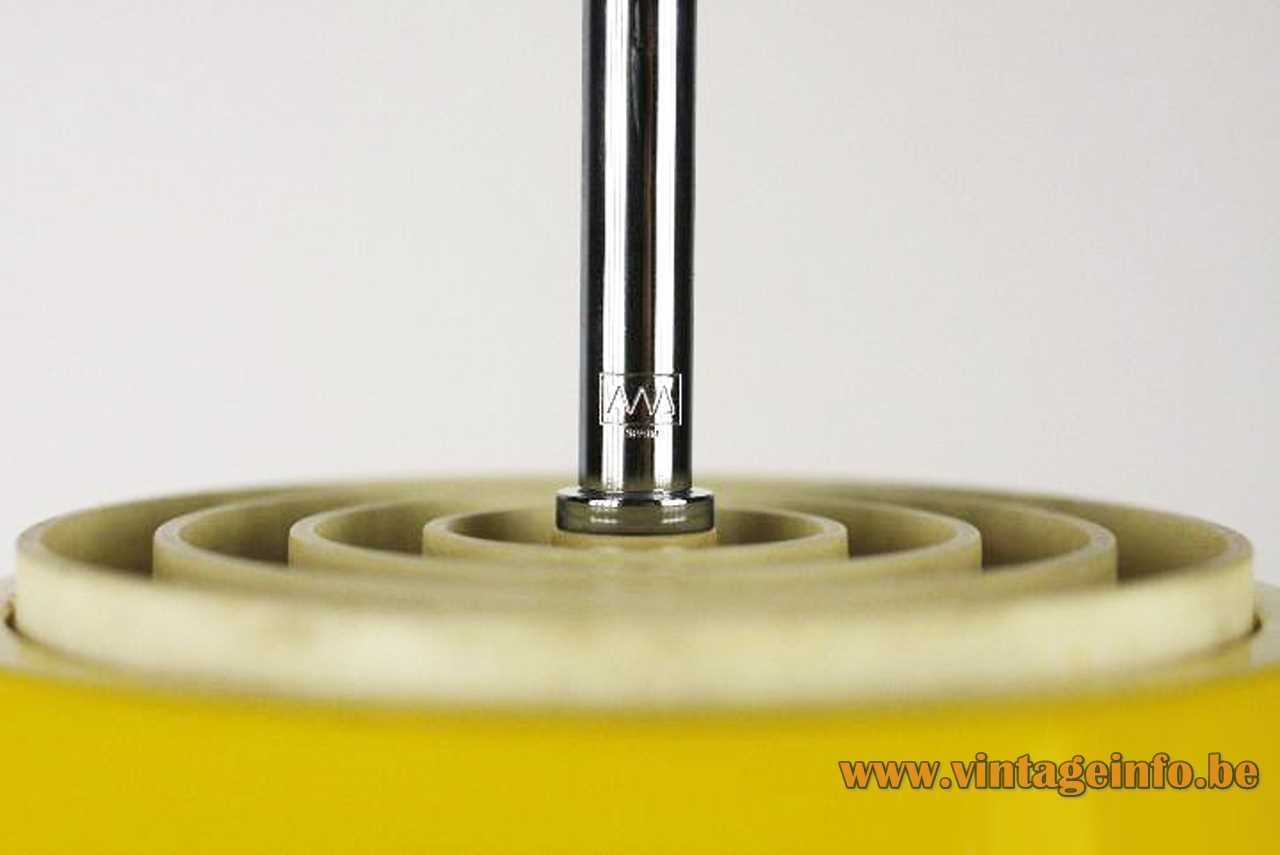 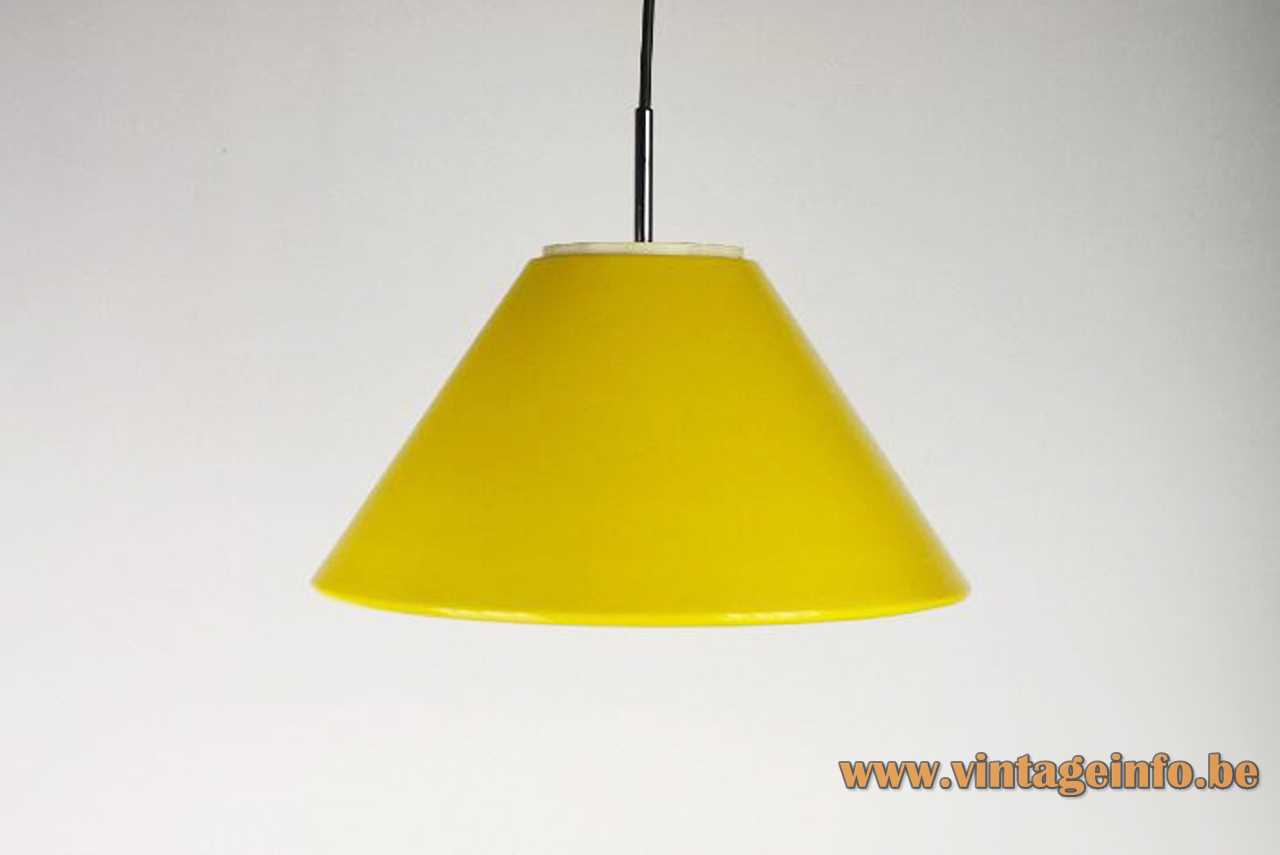 Other versions: This Metalarte conical pendant lamp exists in several colours. It was probably made in several sizes. Another yellow Metalarte pendant lamp, without diffuser but with a similar grid on top can be found here.