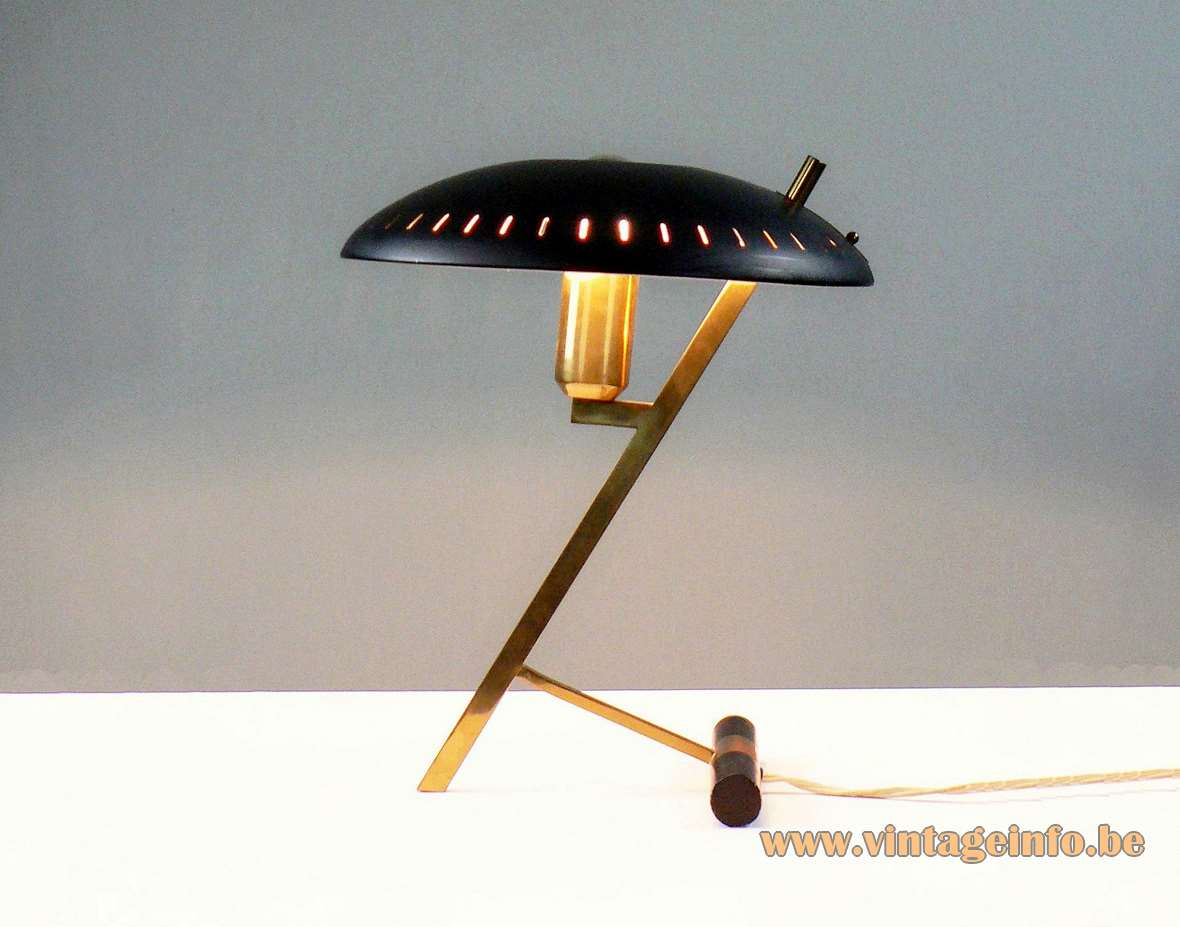 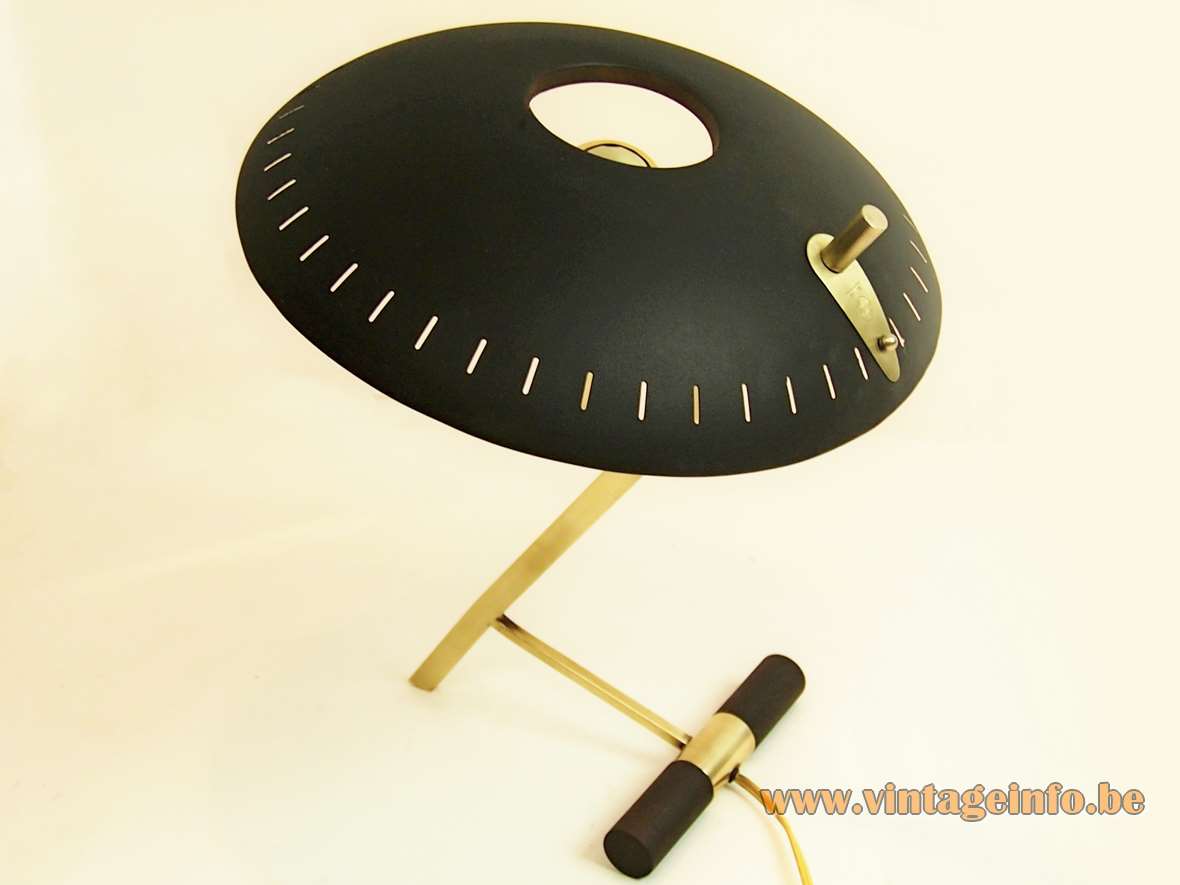 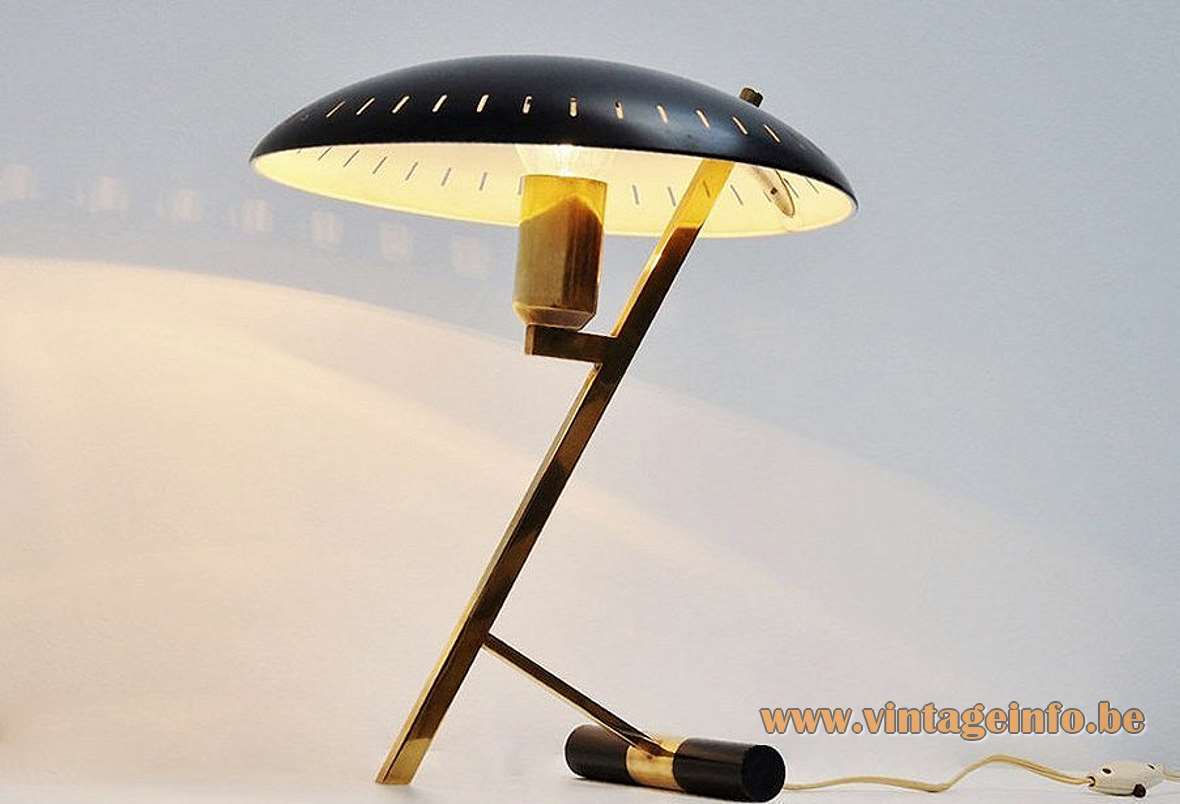 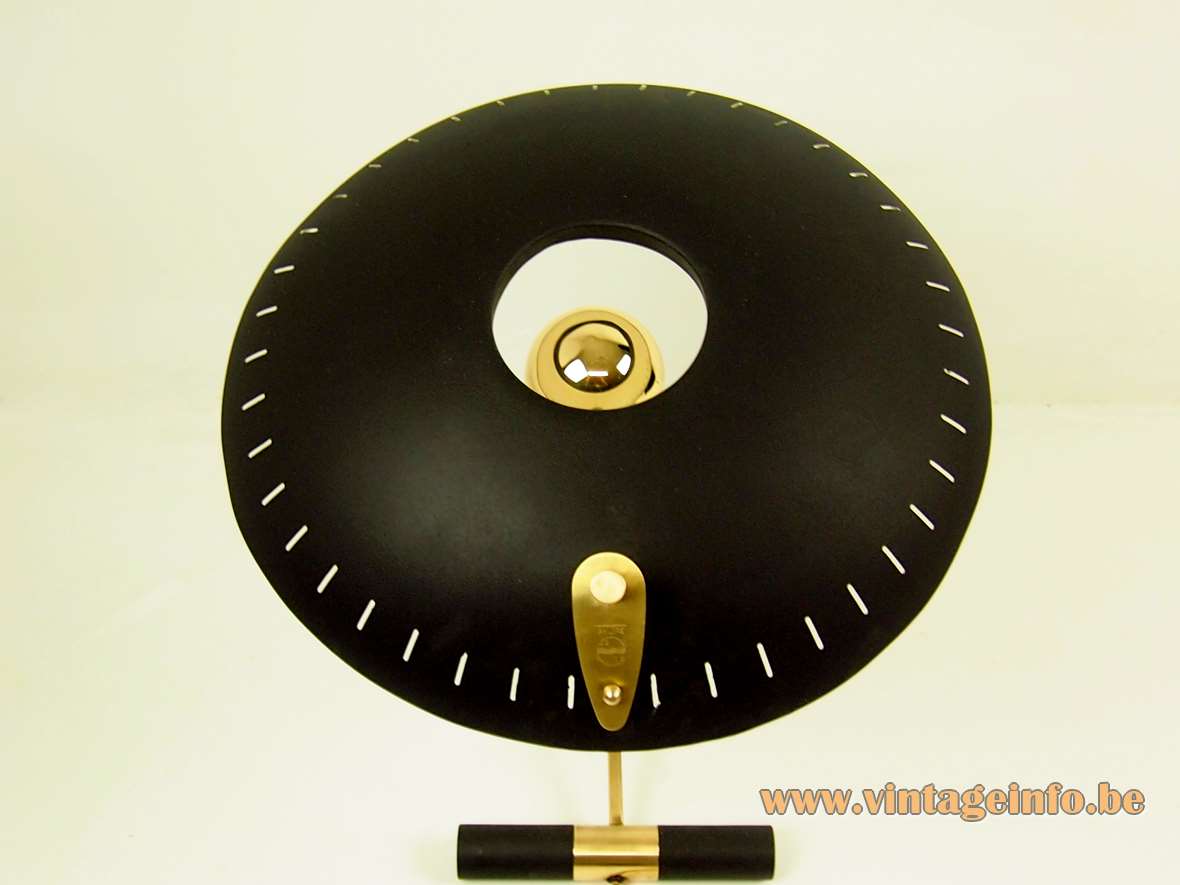 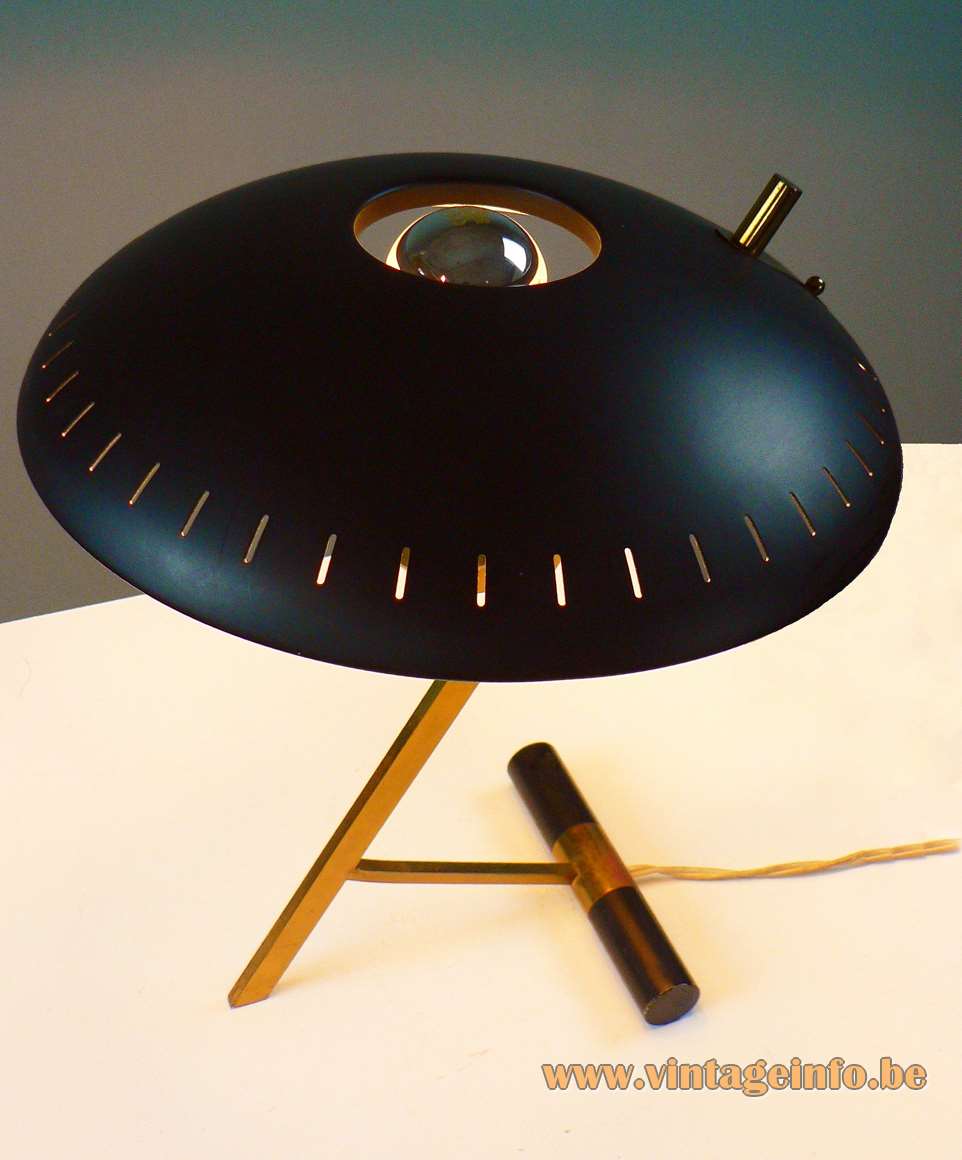 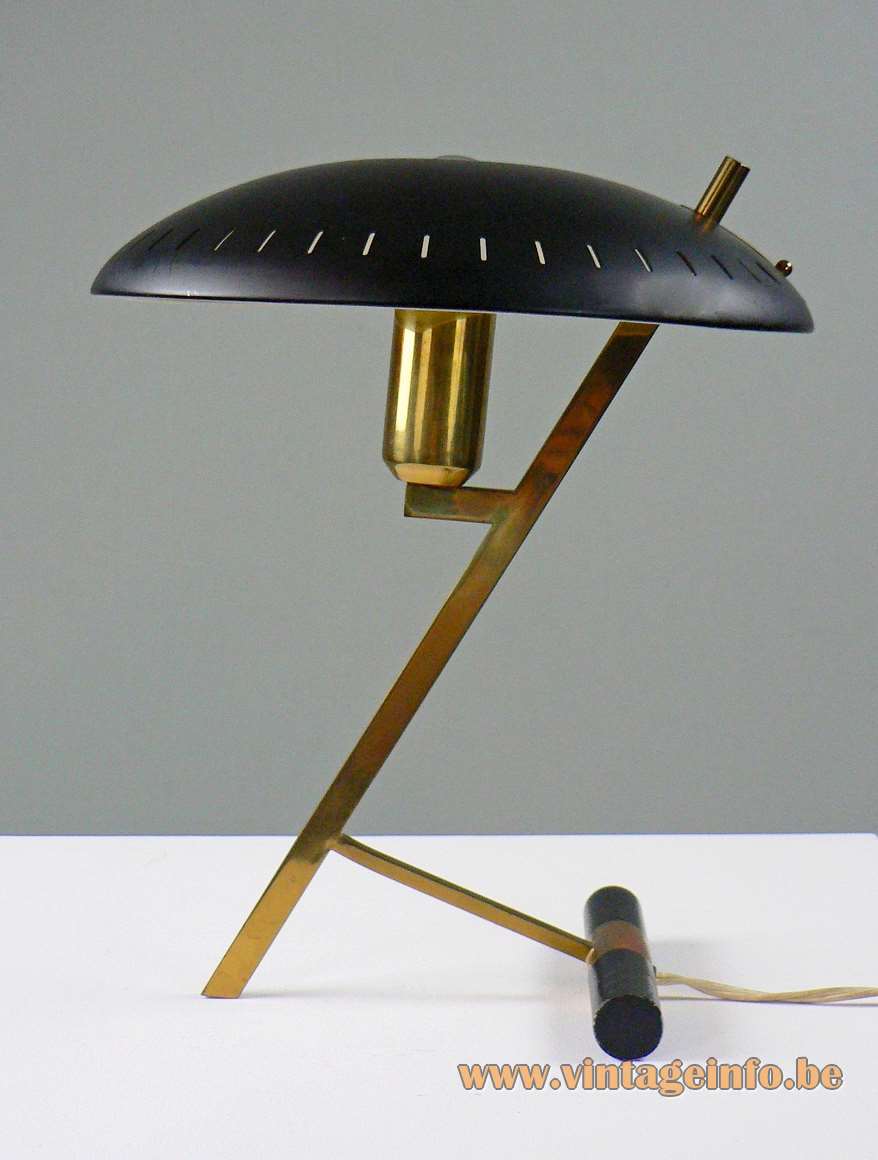 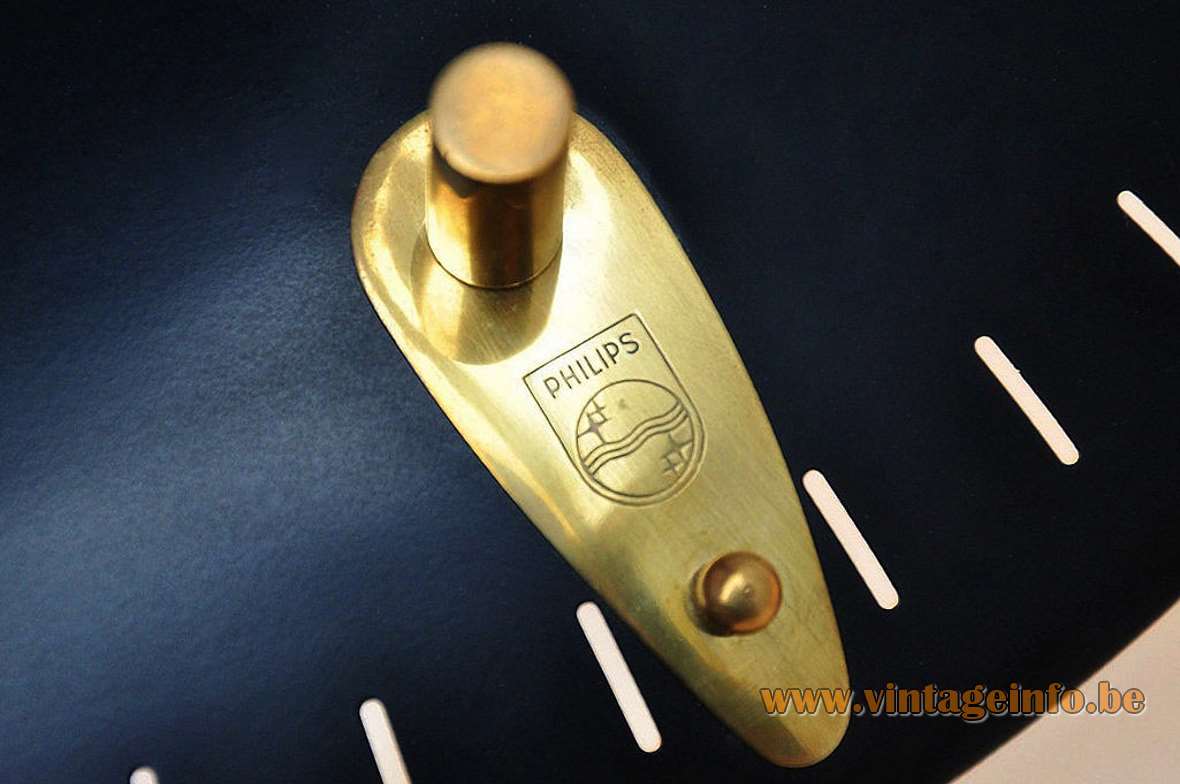 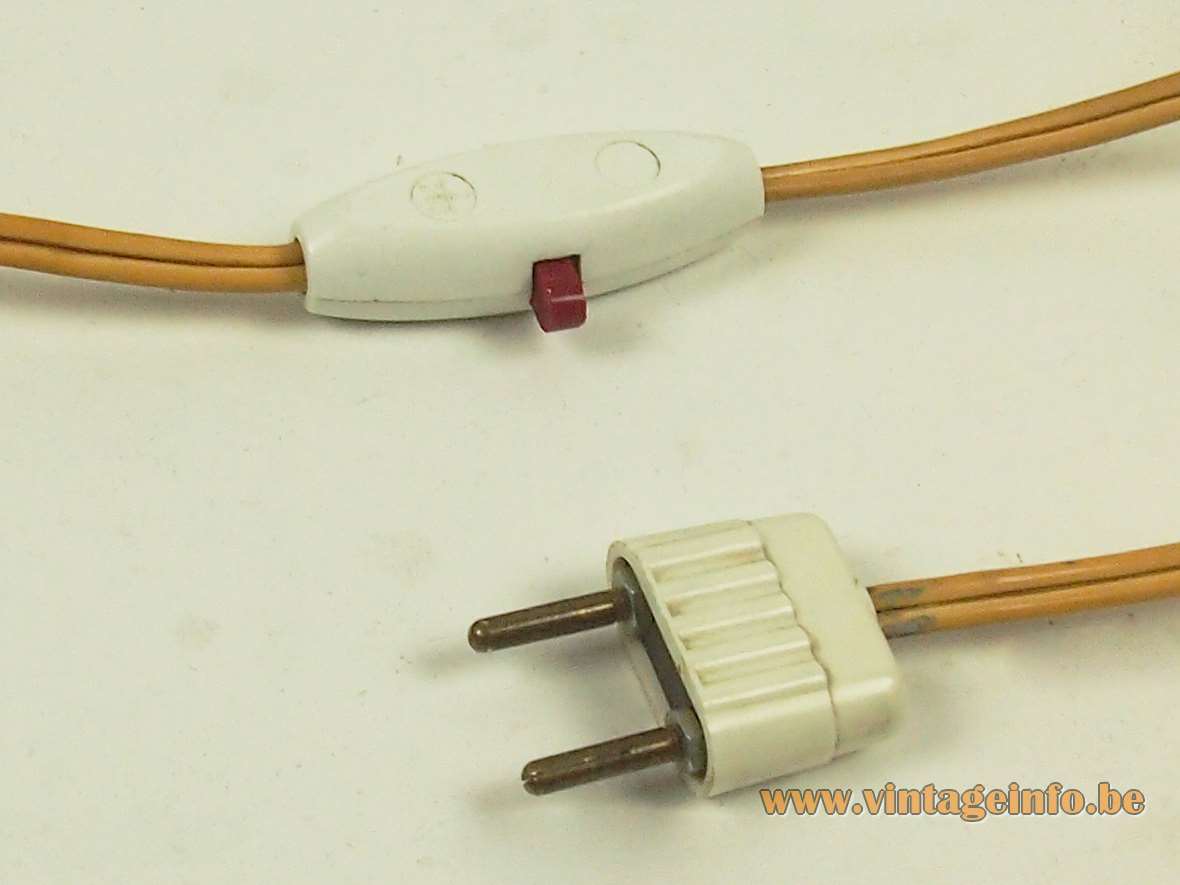 A Philips Decora desk lamp was used as a prop in the 1994 film The Hudsucker Proxy. Starring Tim Robbins, Paul Newman and Jennifer Jason Leigh. Produced and directed by Joel and Ethan Coen. 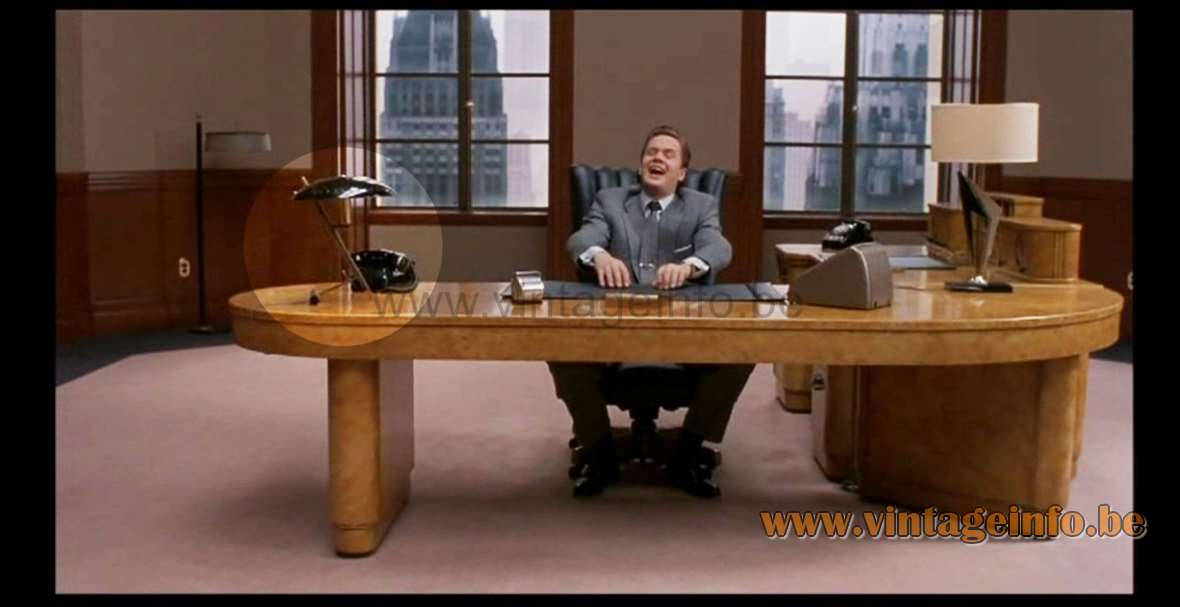 A Philips Decora desk lamp was used as a prop in the French drama film Avant l’Hiver (Before the Winter Chill) from 2013. Starring Daniel Auteuil, Kristin Scott Thomas and Leïla Bekhti. The movie was directed by Philippe Claudel.

A Philips Decora desk lamp was used as a prop in the French, German and Belgian comedy television series Parlement. Here in series 1, episode 1. Starring Xavier Lacaille, Liz Kingsman and Lucas Englander. The two other lamps are probably made by ANVIA (left) and maybe Jumo (middle). 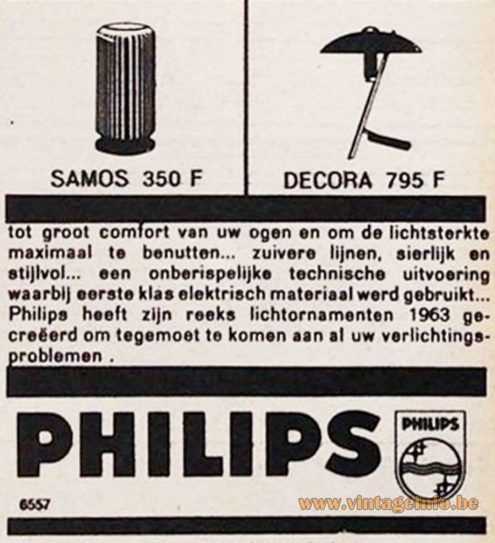 Many thanks to Ger for the beautiful pictures and enthusiasm.
Many thanks to Volksen for the screenshot of the Parlement TV series.

Materials: Black painted thick round brass rod counterweight used as a base. Rectangular brass slats & 1 round brass rod. Mat black painted aluminium UFO style mushroom lampshade, painted white on the inside. It is perforated with many elongated slots and a hole in the middle. Brass socket holder. Bakelite E27 socket.

Other versions: The Philips Decora desk lamp exists in several colours. Made in some slight variations over the years.

Often named Z-lamp, the reason is clear. The real name is Decora. It was designed in 1956 by Louis Kalff. The successor of the Decora desk lamp is the Diplomat. It has a straight lampshade, not curved and it is without the elongated slots. It was made from the late 60s until the early 80s. You can find it over here on Vintageinfo. Same desk lamp, different lampshade.

A day before the German invasion in the Netherlands on 9 May 1940, the Philips family fled to the United States of America. They took a large amount of the company capital with them.