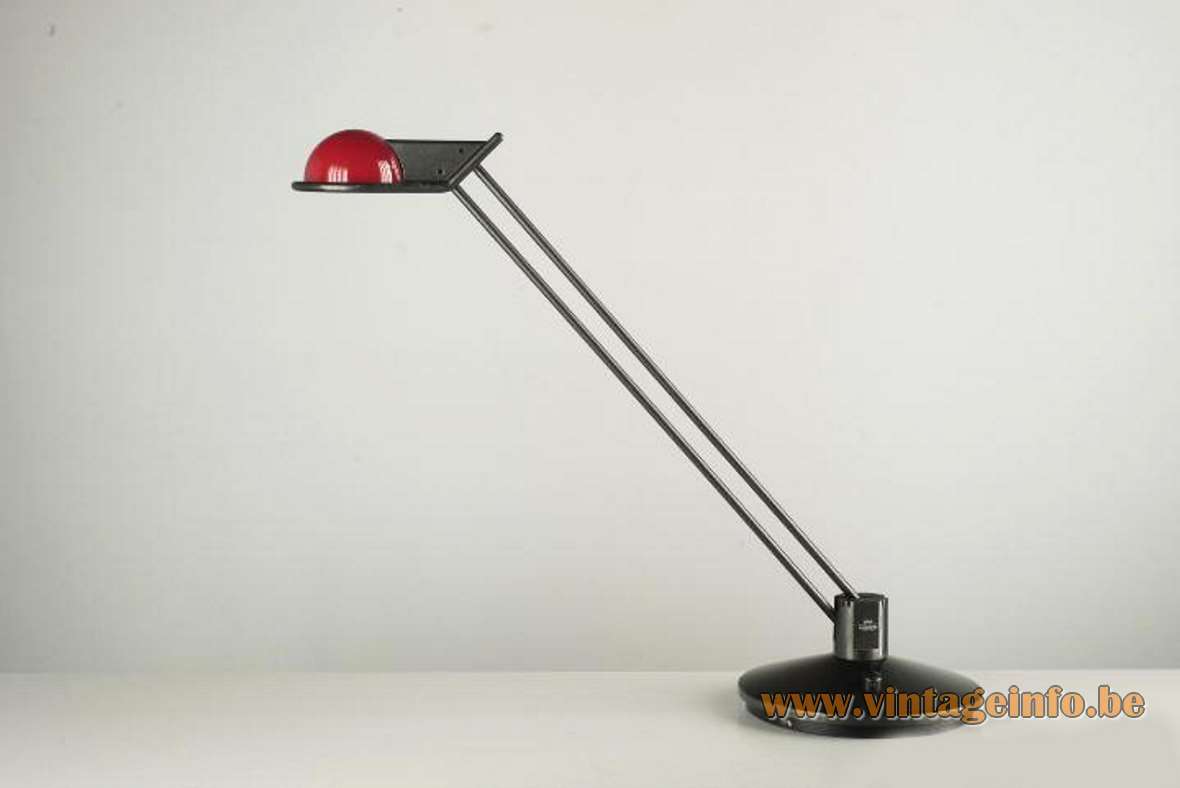 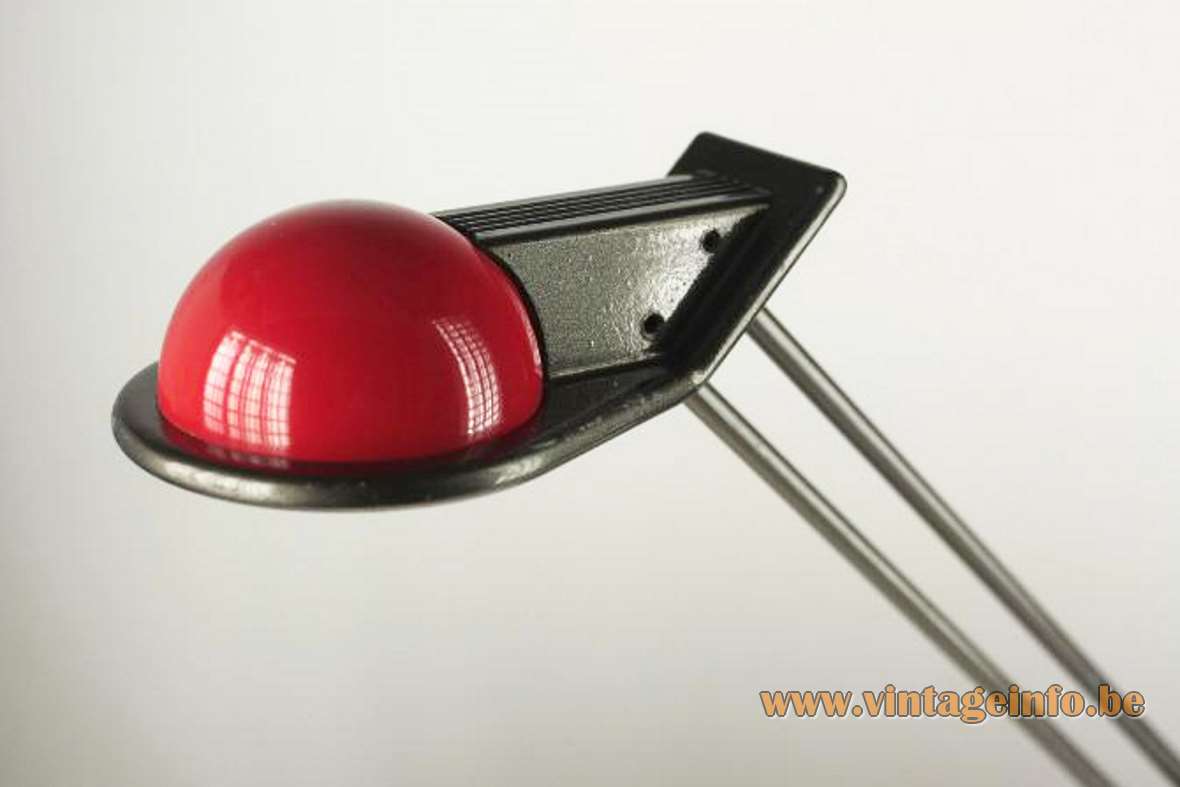 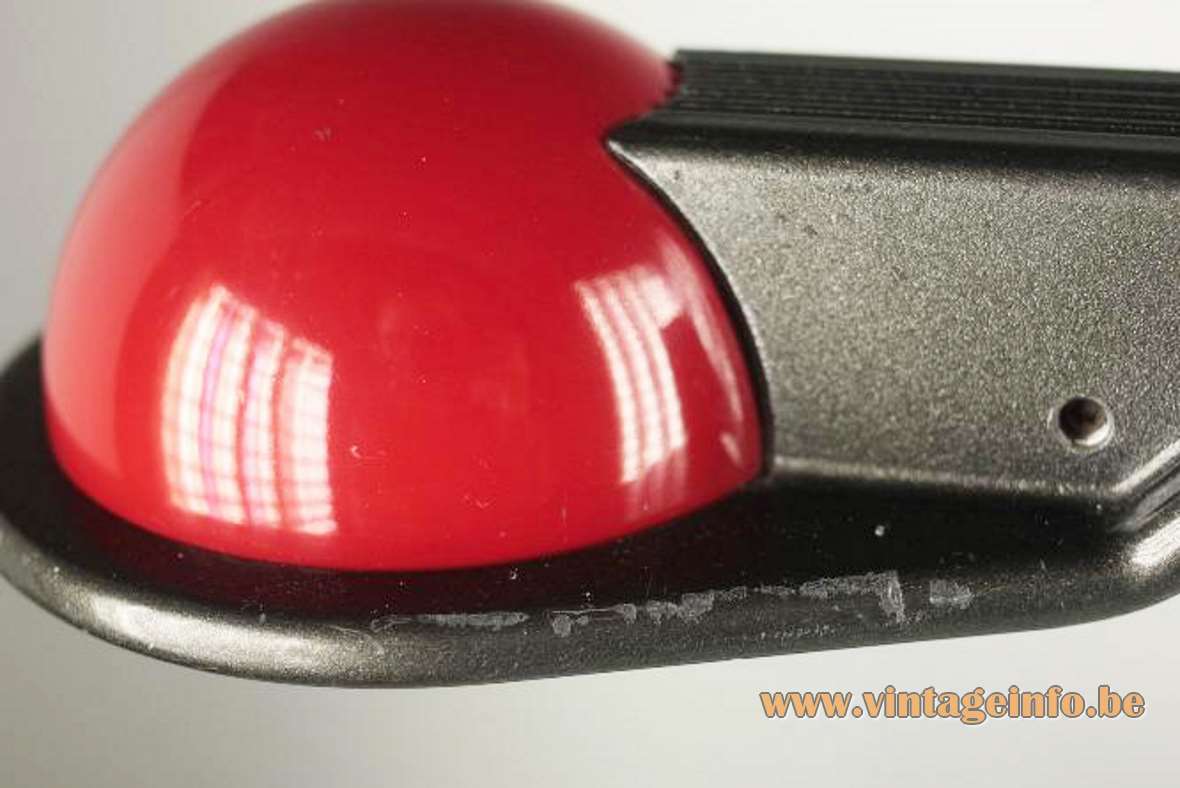 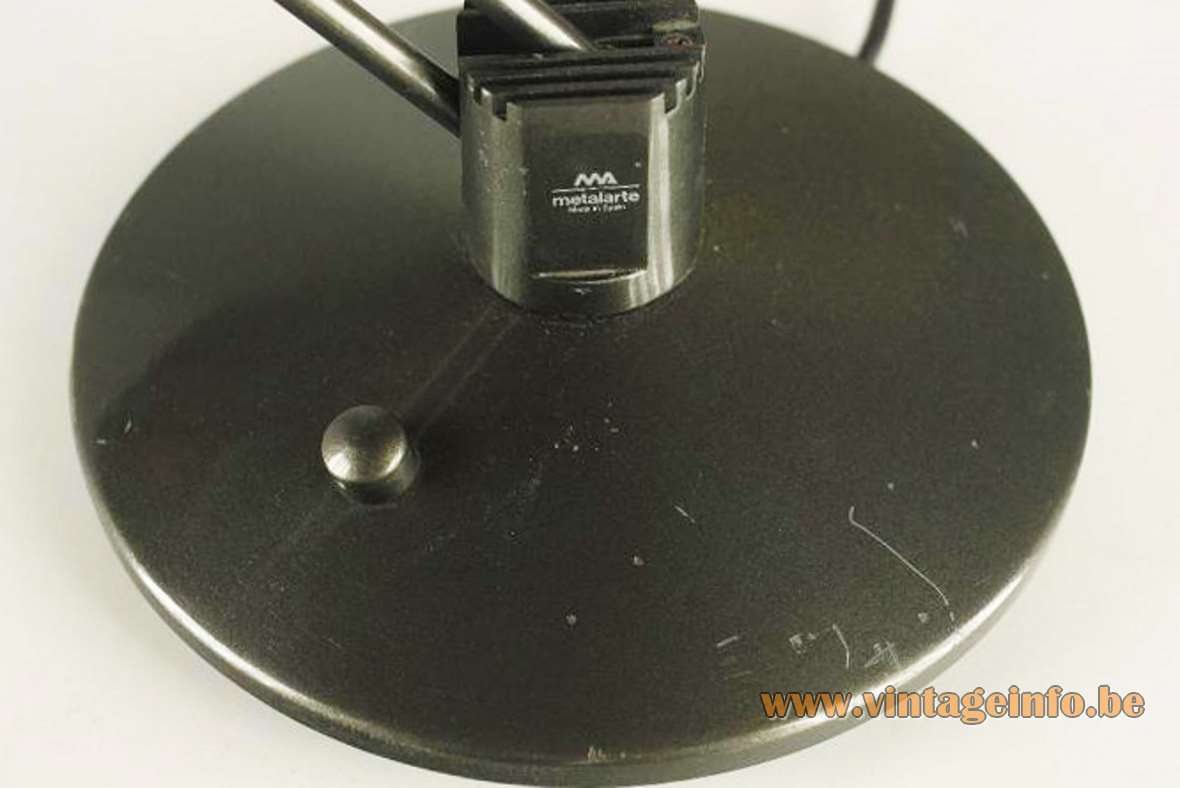 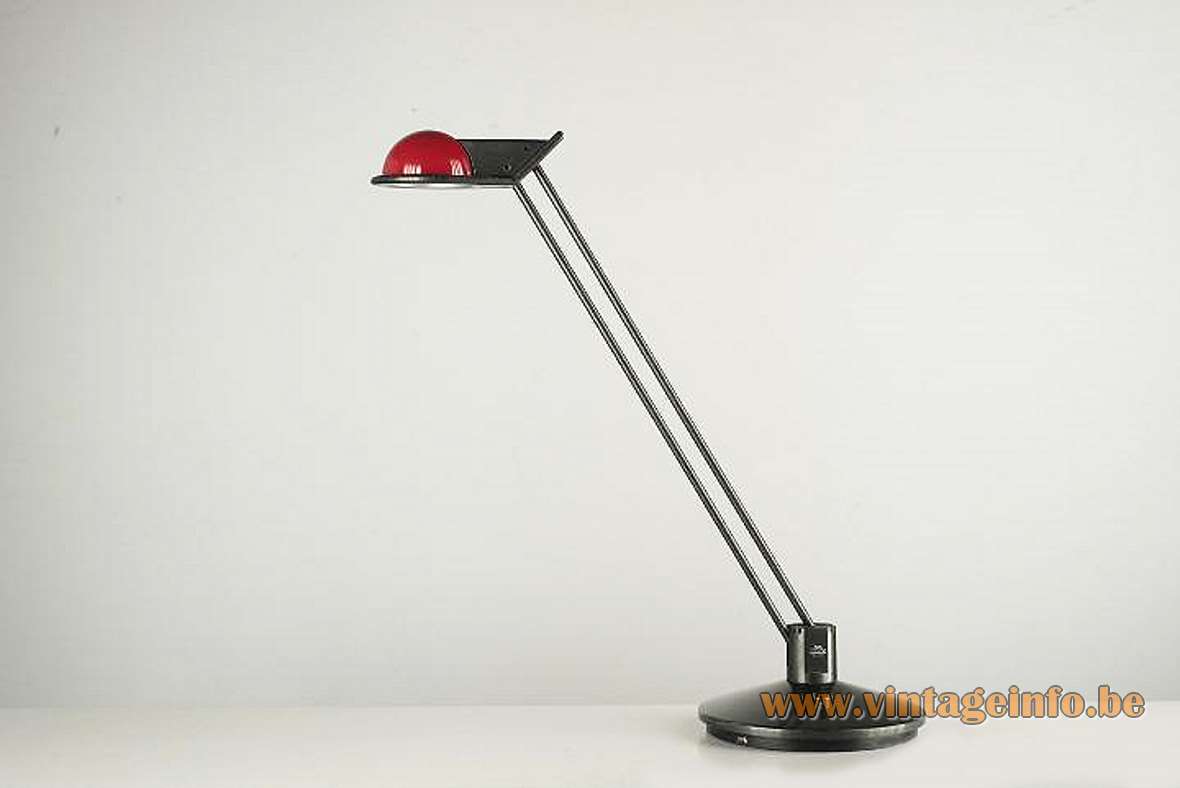 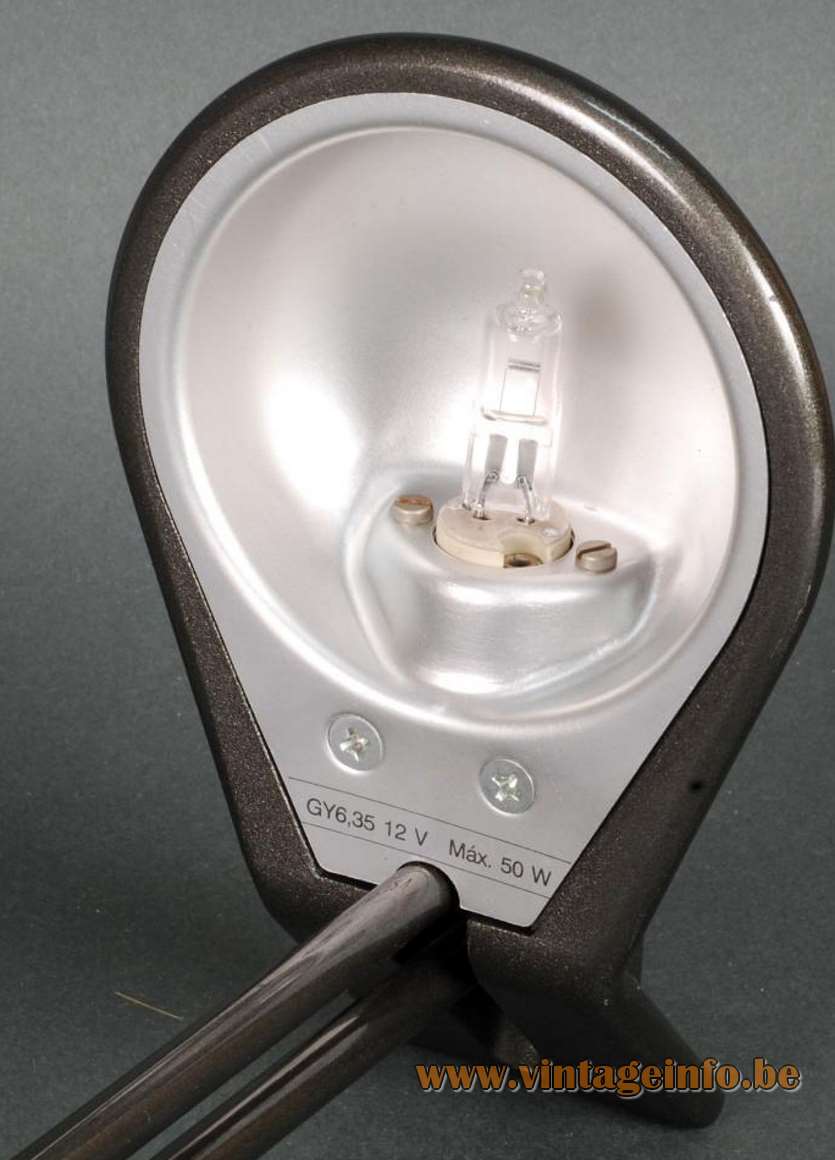 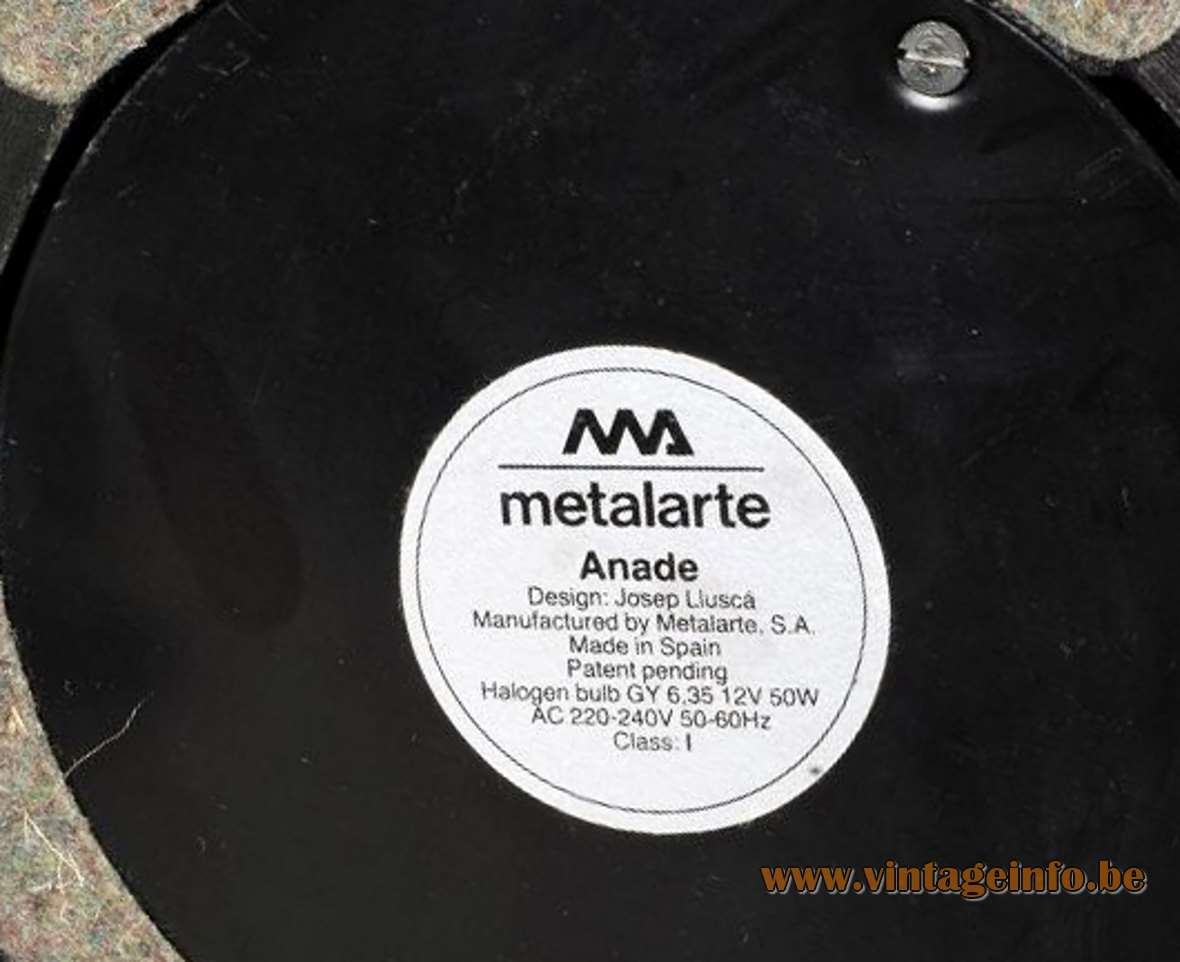 Other versions: The lampshade of this Metalarte Anade desk lamp was made in several colours. It was also produced as a floor lamp. These lamps went in production in 1985.

Josep Lluscà Martínez was born in Barcelona in 1948. He is a graduate in Industrial Design and went to the Eina School in Barcelona (University Center for Design and Art).

In 1972 he opened his professional studio dedicated to industrial design and product development services. He has worked with many international companies, among others: Cassina, Flos, Fujitec, General Electric, Inoxcrom, La Caixa, Metalarte, Rosenthal, Sara Lee, WMF.

He has won a number of prestigious international design awards. For this Anade desk lamp he received the Delta De Plata ADI-FAD award in 1986.

A Metalarte Anade desk lamp was used as a prop in the 2019 Spanish drama film Dolor Y Gloria (Pain And Glory) directed by Pedro Almodóvar. Starring Antonio Banderas, Asier Etxeandia and Penélope Cruz. It was chosen by Time magazine as the best film of the year. Many beautiful lamps appear in this film. Not to mention the rest of the interior. 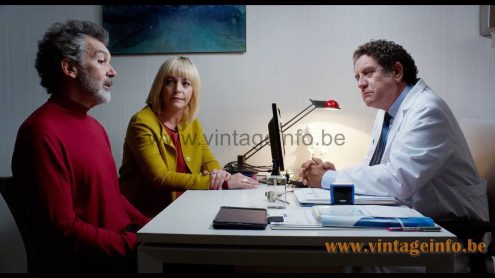