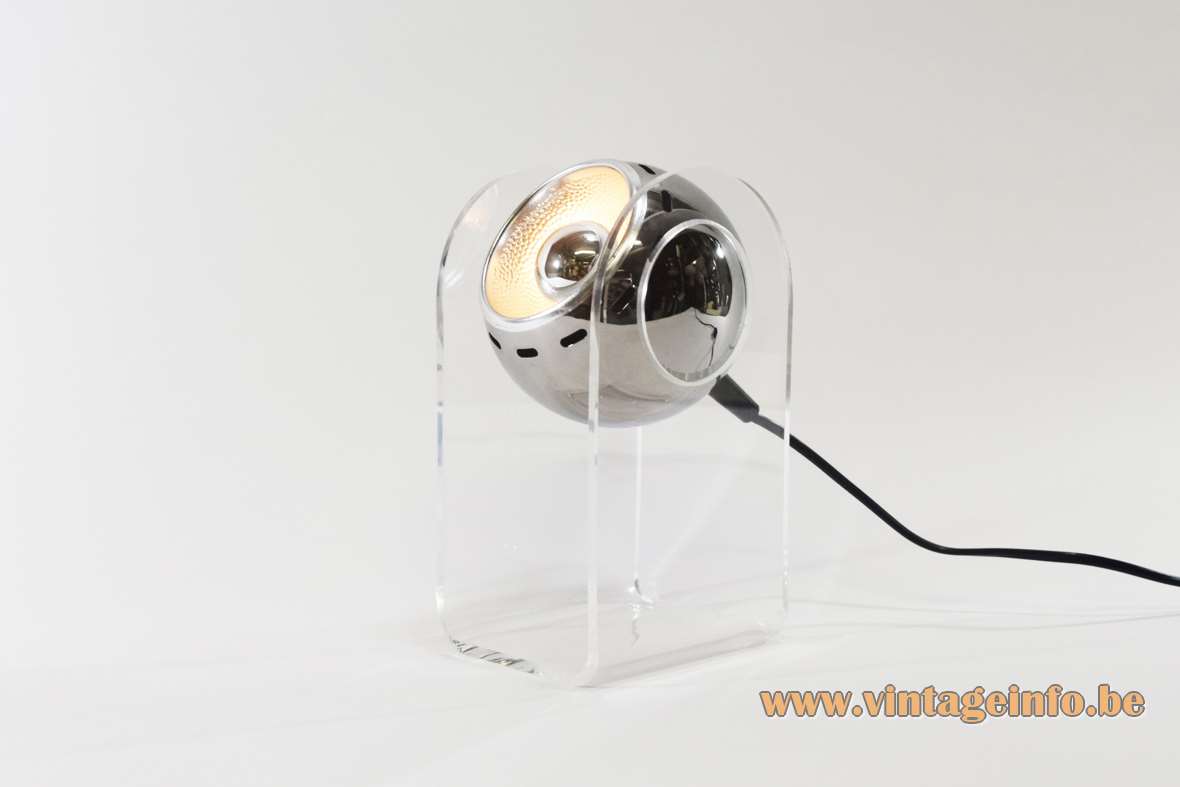 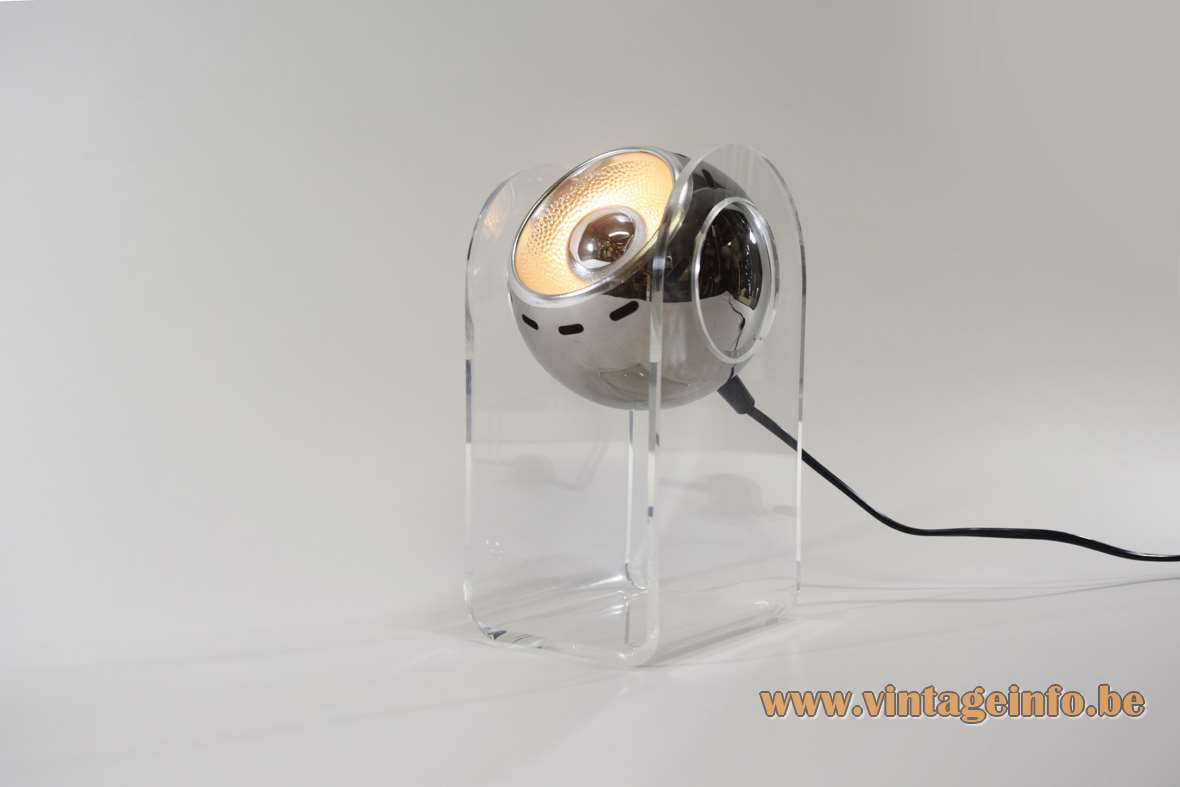 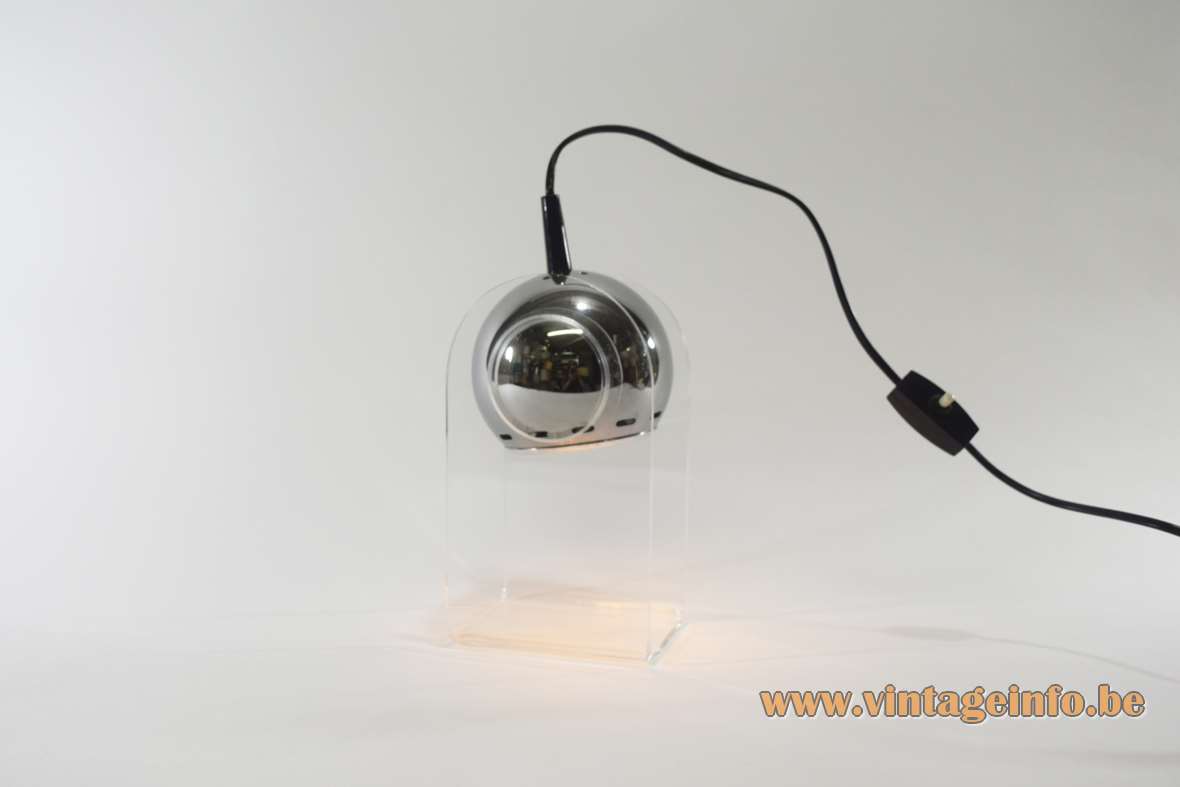 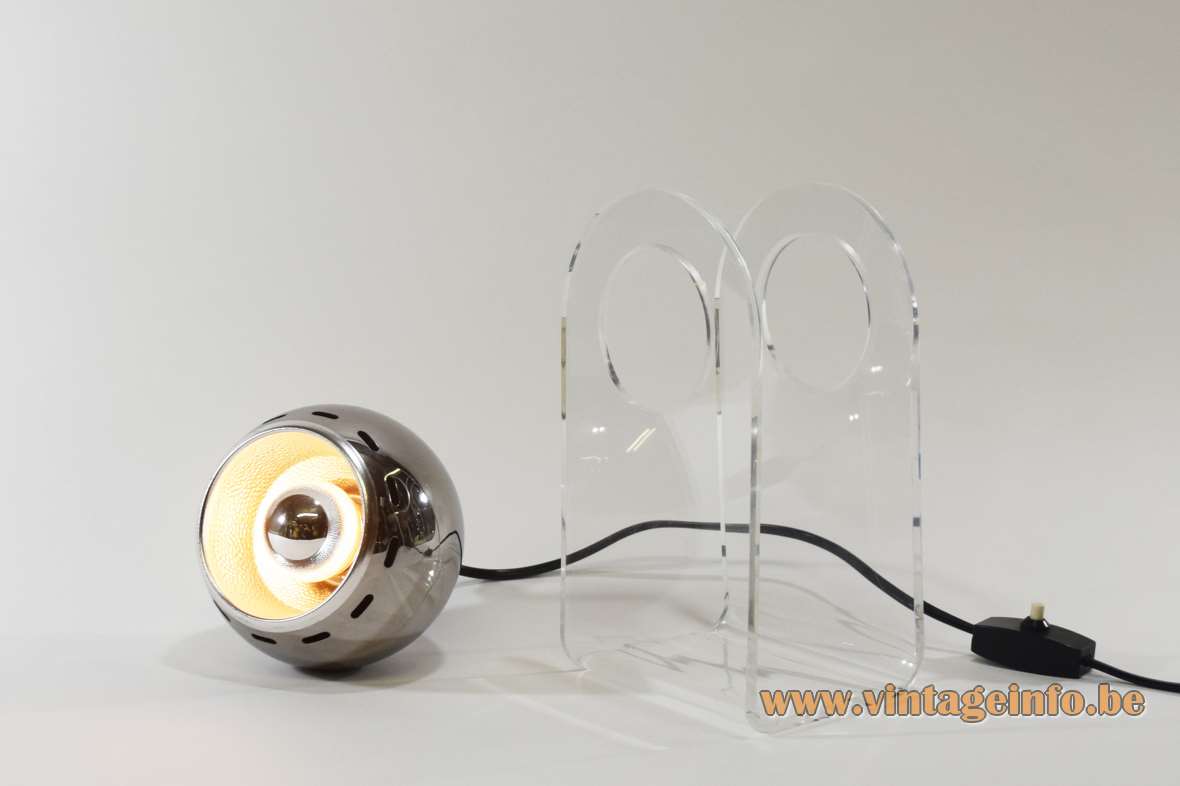 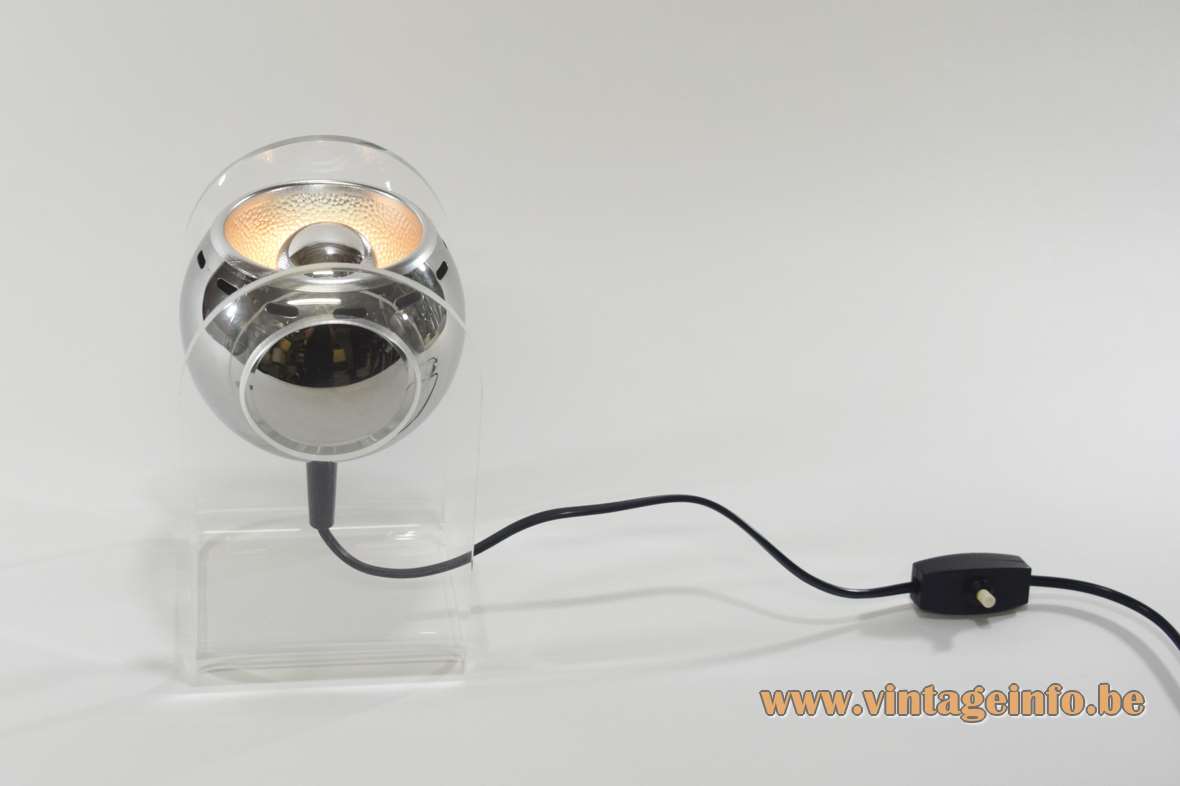 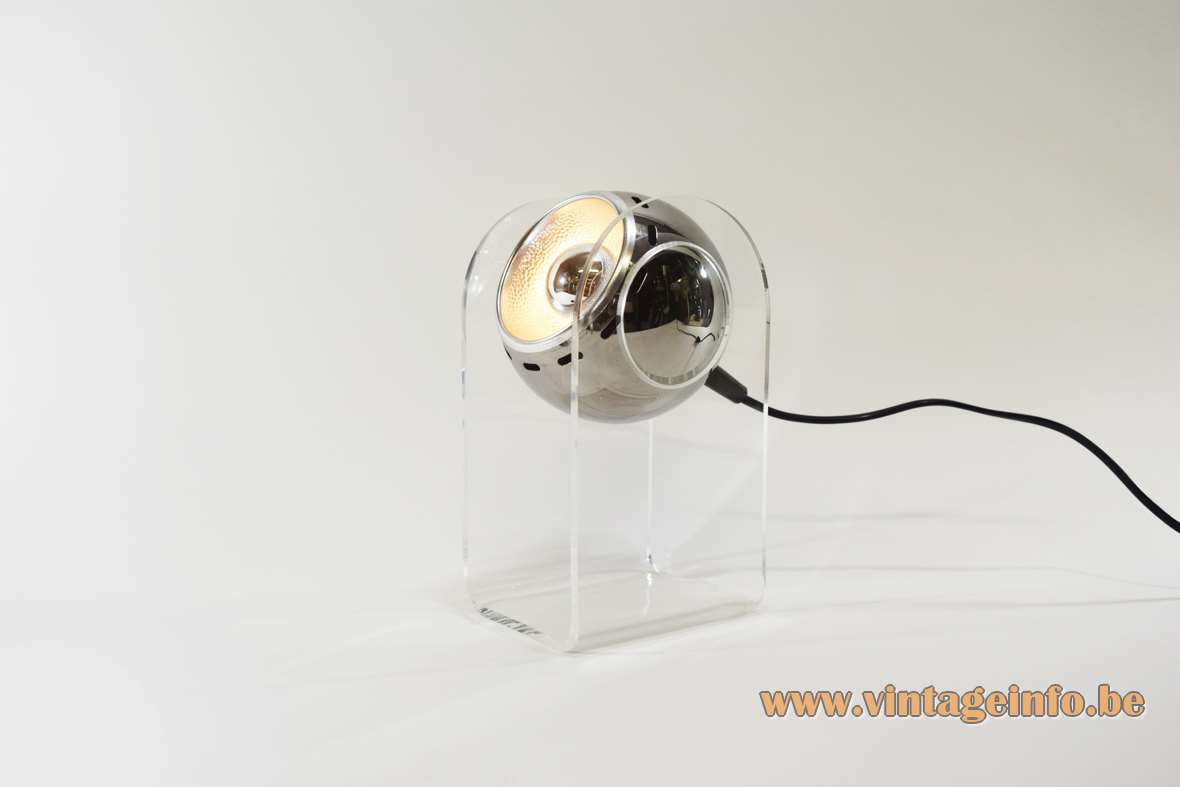 Book for sale at Bol.com

Electricity: 1 bulb E14, 1 x 40 watt maximum, 110/220 volt.
Any type of light bulb can be used. But a silver tipped light bulb gives the most beautiful result with this table lamp.

Designer: To be appraised. After a design by Gino Sarfatti.

Other versions: This Gino Sarfatti model 540 style table lamp exists in several sizes and colours. It was also produced as a big floor lamp. Also chandeliers were made. Many different variations in the design. Today’s copies are all made in China. Sometimes the acrylic is made to thin; the globe falls down after a while. Beware when you buy one!

A touch version (switch by touch) was also produced by Insta GmbH for a long time. Exactly the same table lamp. The company was founded in 1970 by Berker, Gira + Jung. The name of the lamp is Sensorette. Several versions were produced.

This table lamp in gold coloured metal and smoked acrylic