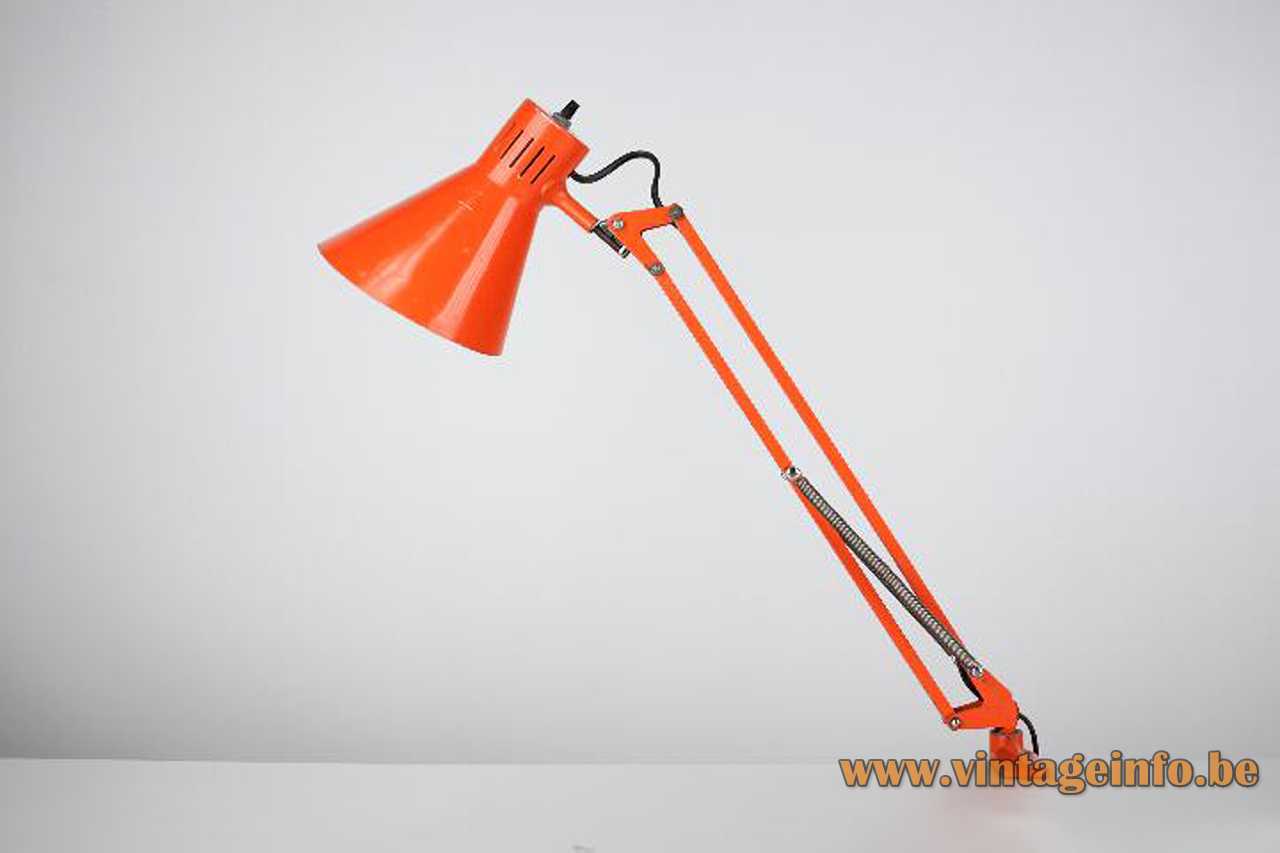 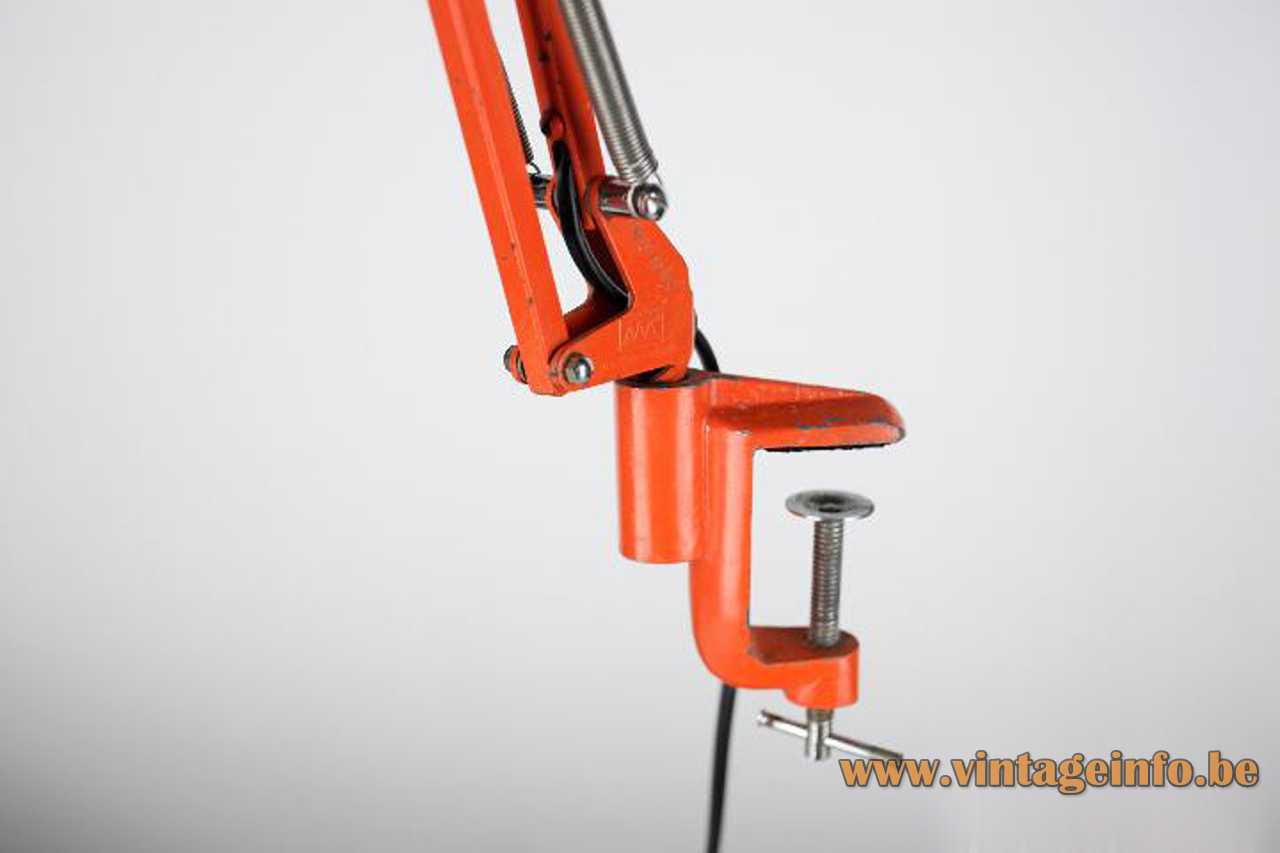 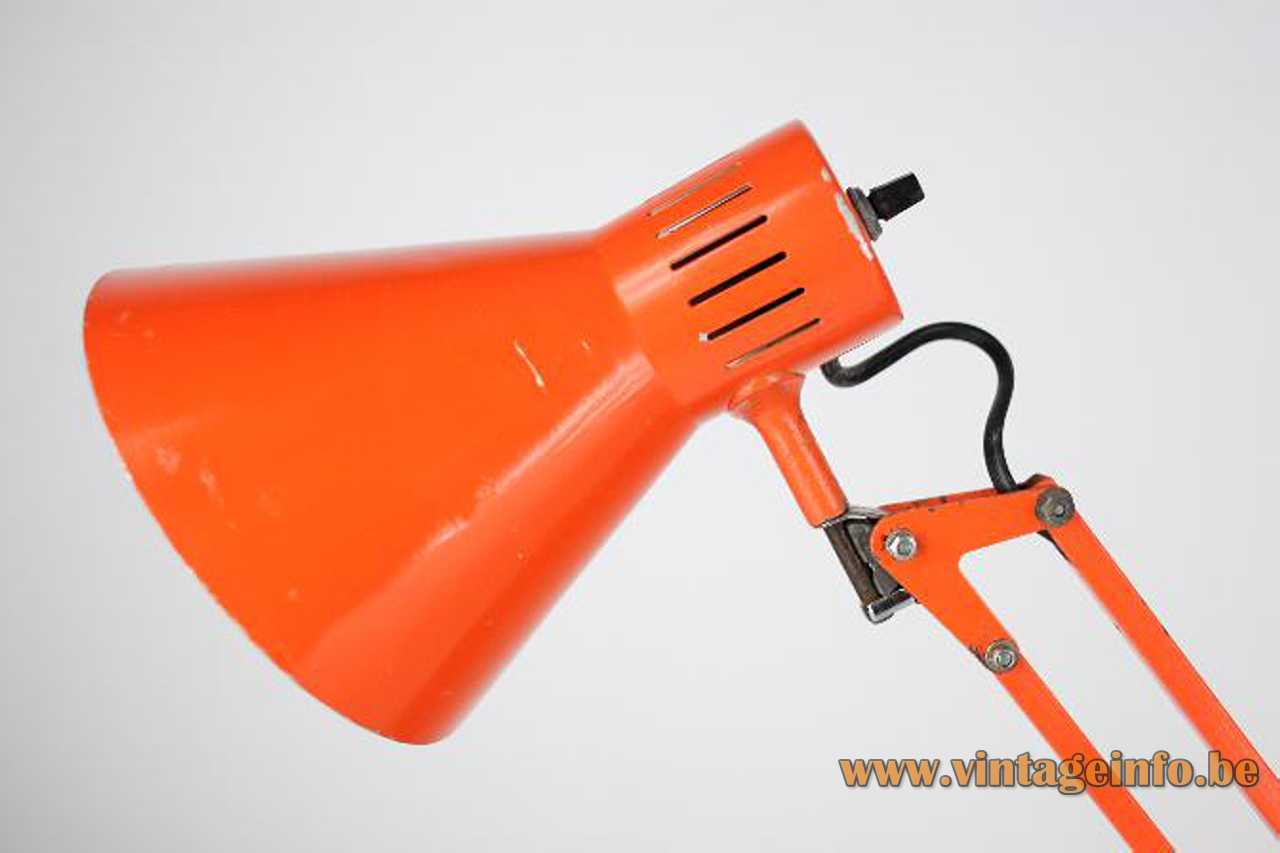 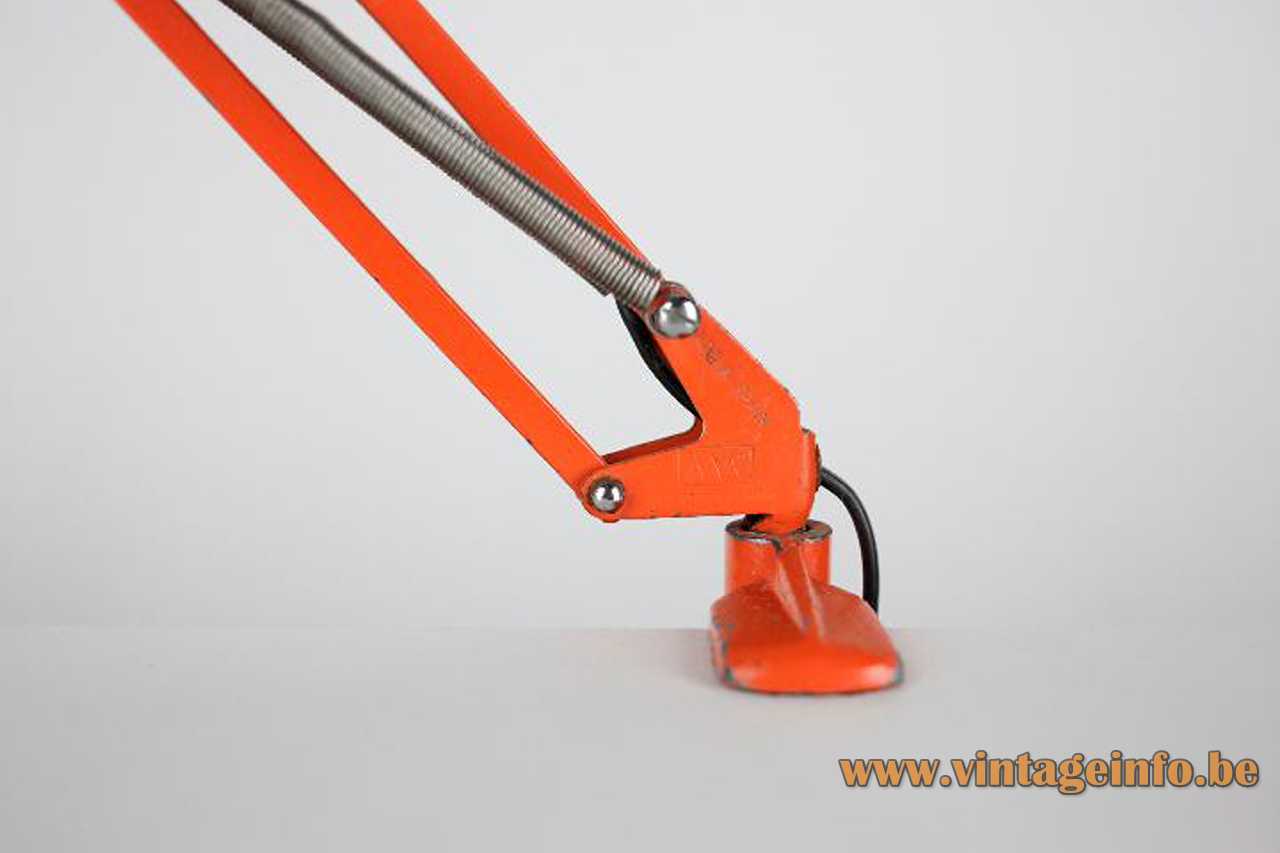 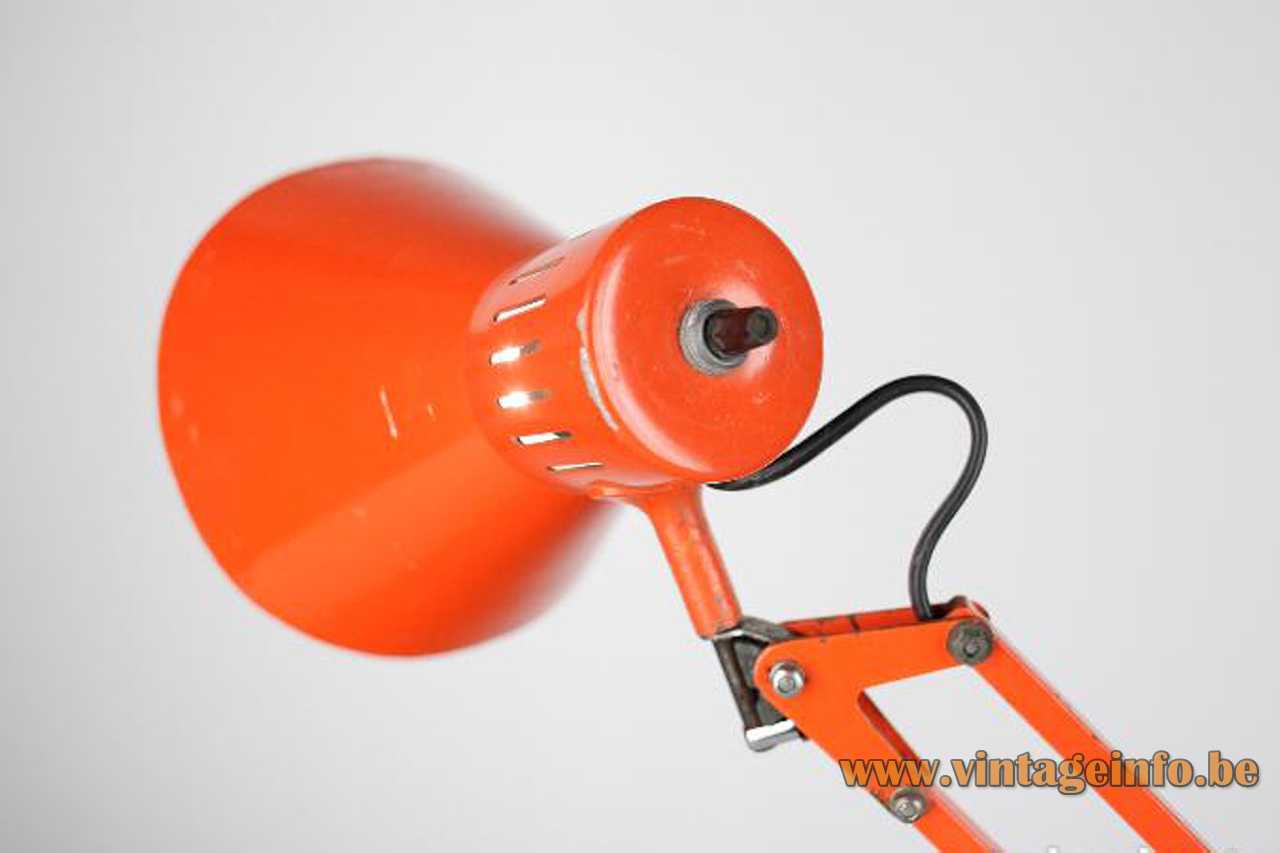 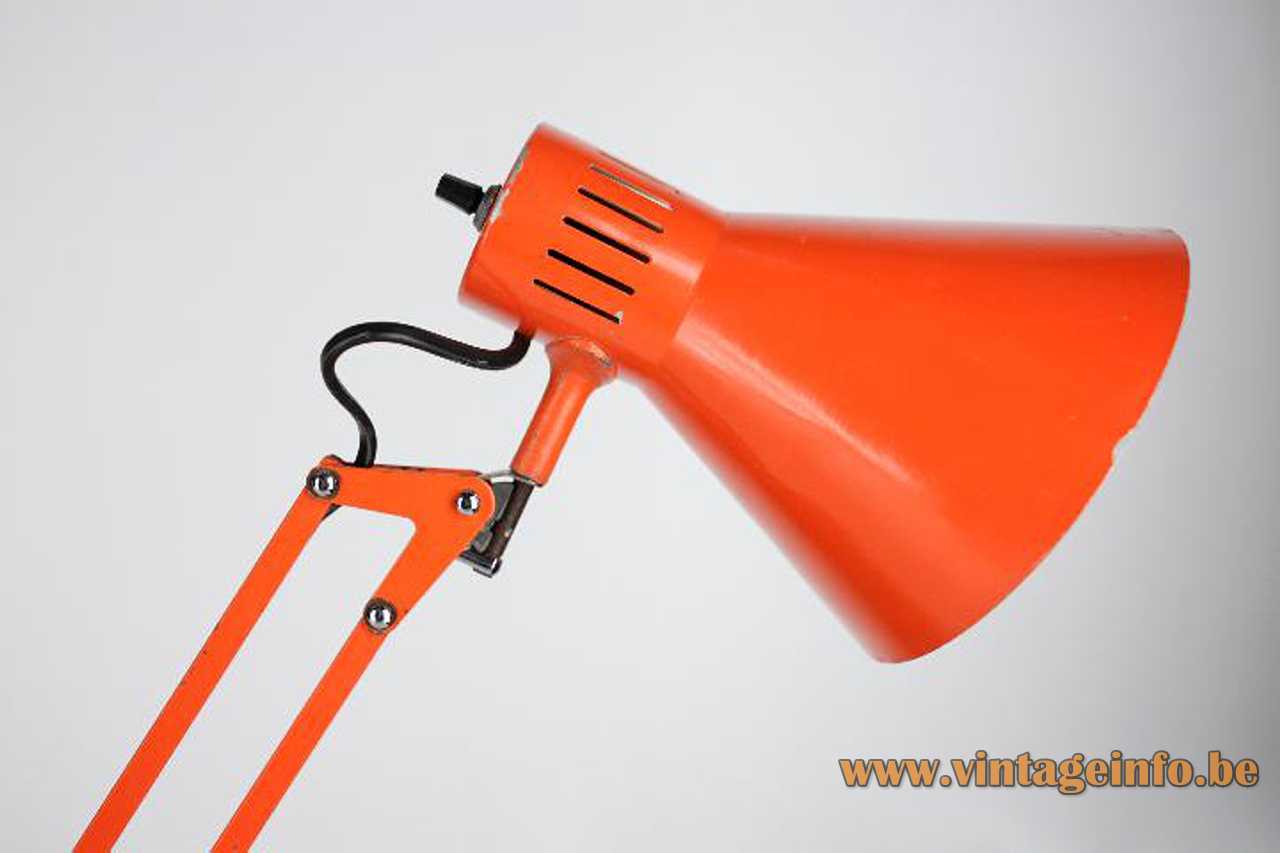 Other versions: This Metalarte architect clamp lamp exists in several colours. It was also made as a desk lamp with a round metal base, you can find an example over here. The rods and lampshade are adjustable.

The company produced several models of these lamps over the years. They are named Arma (arm). Several of them can be found on Vintageinfo.