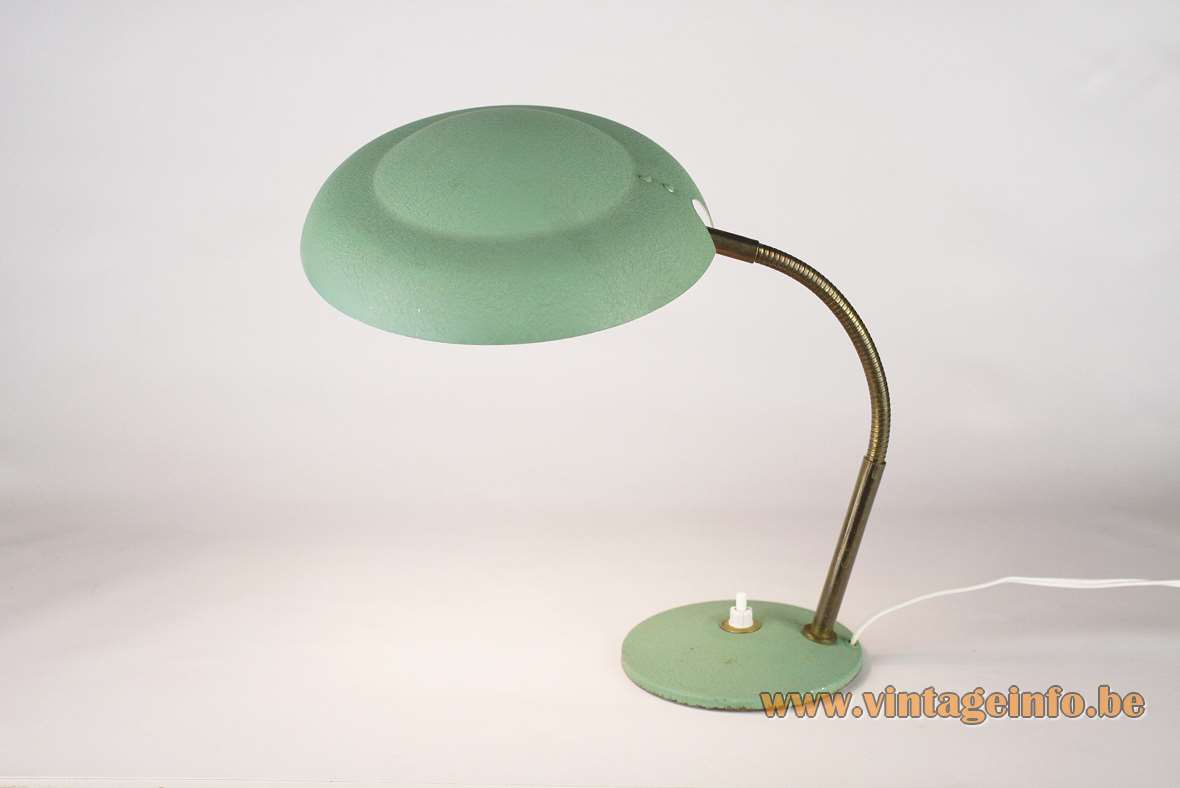 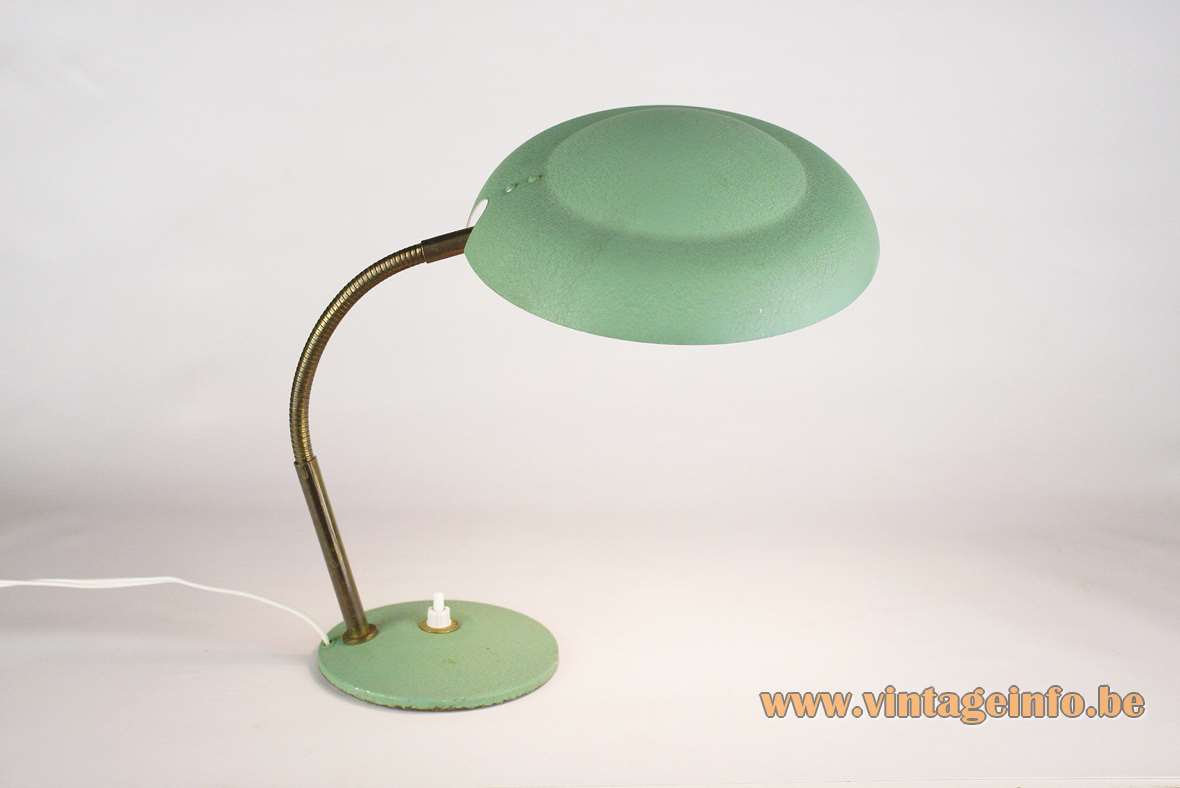 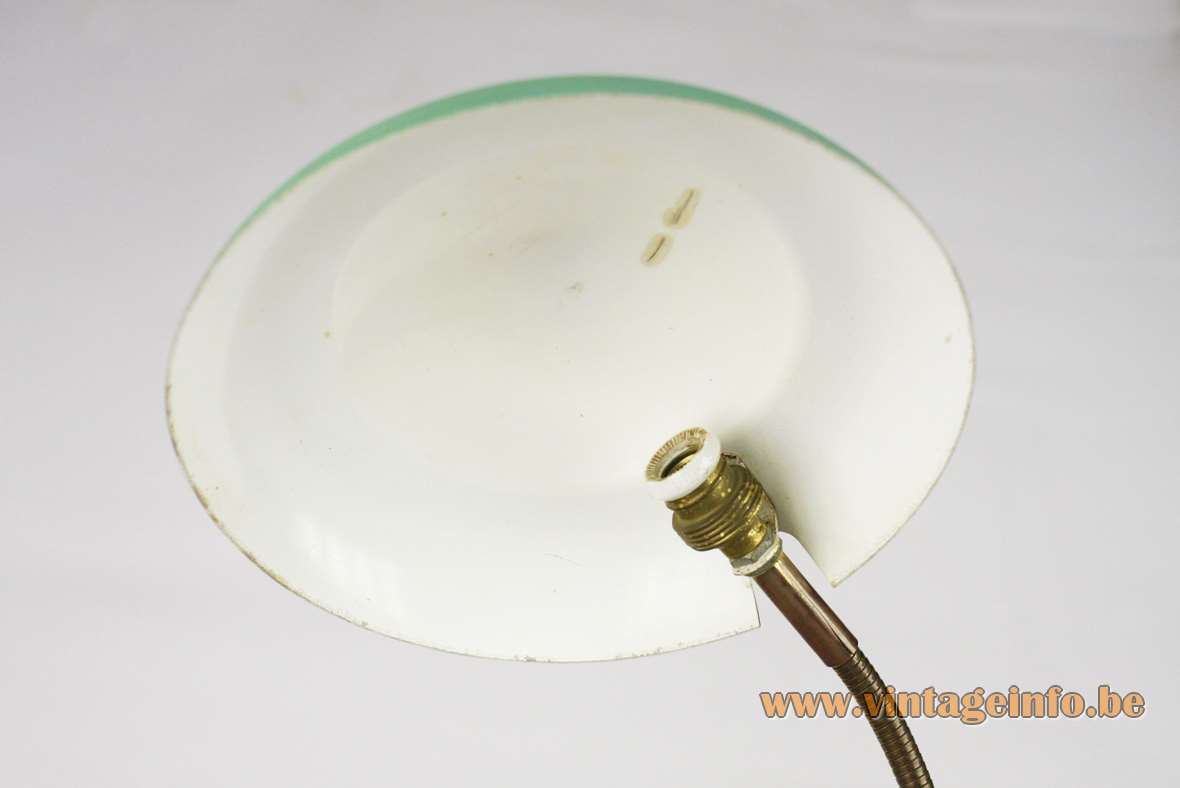 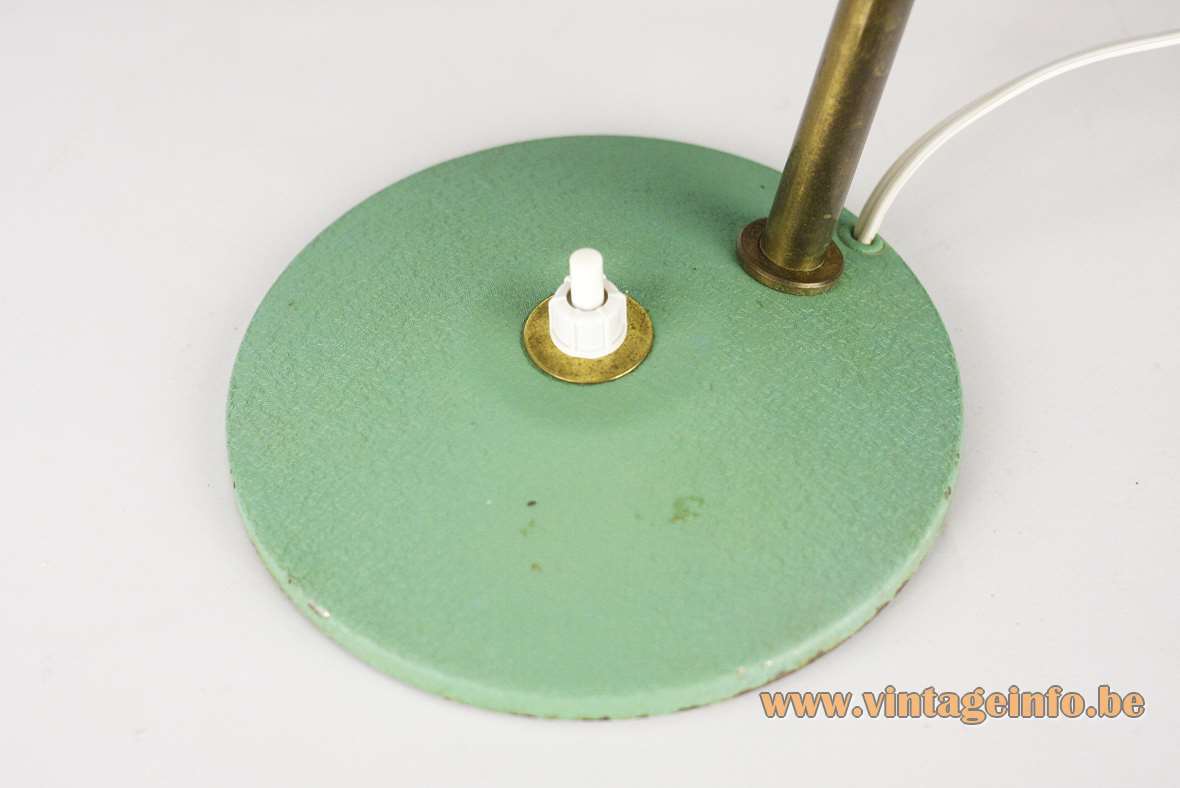 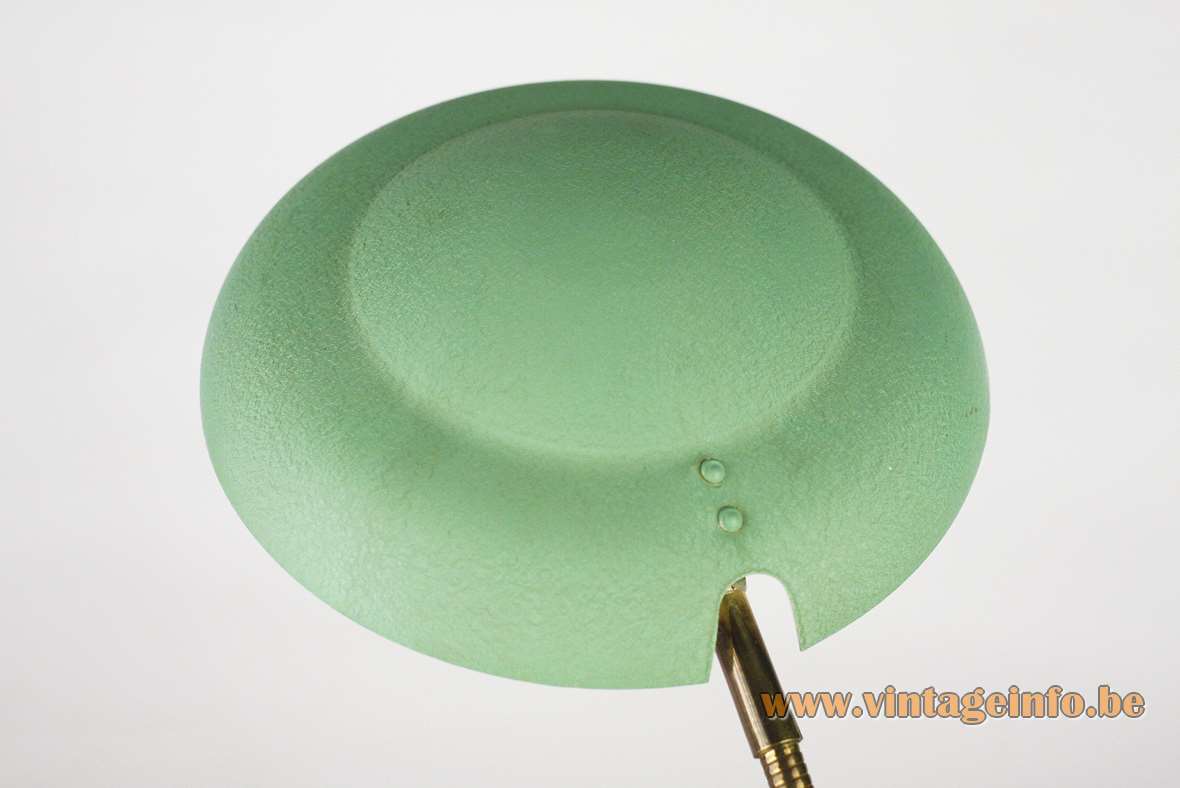 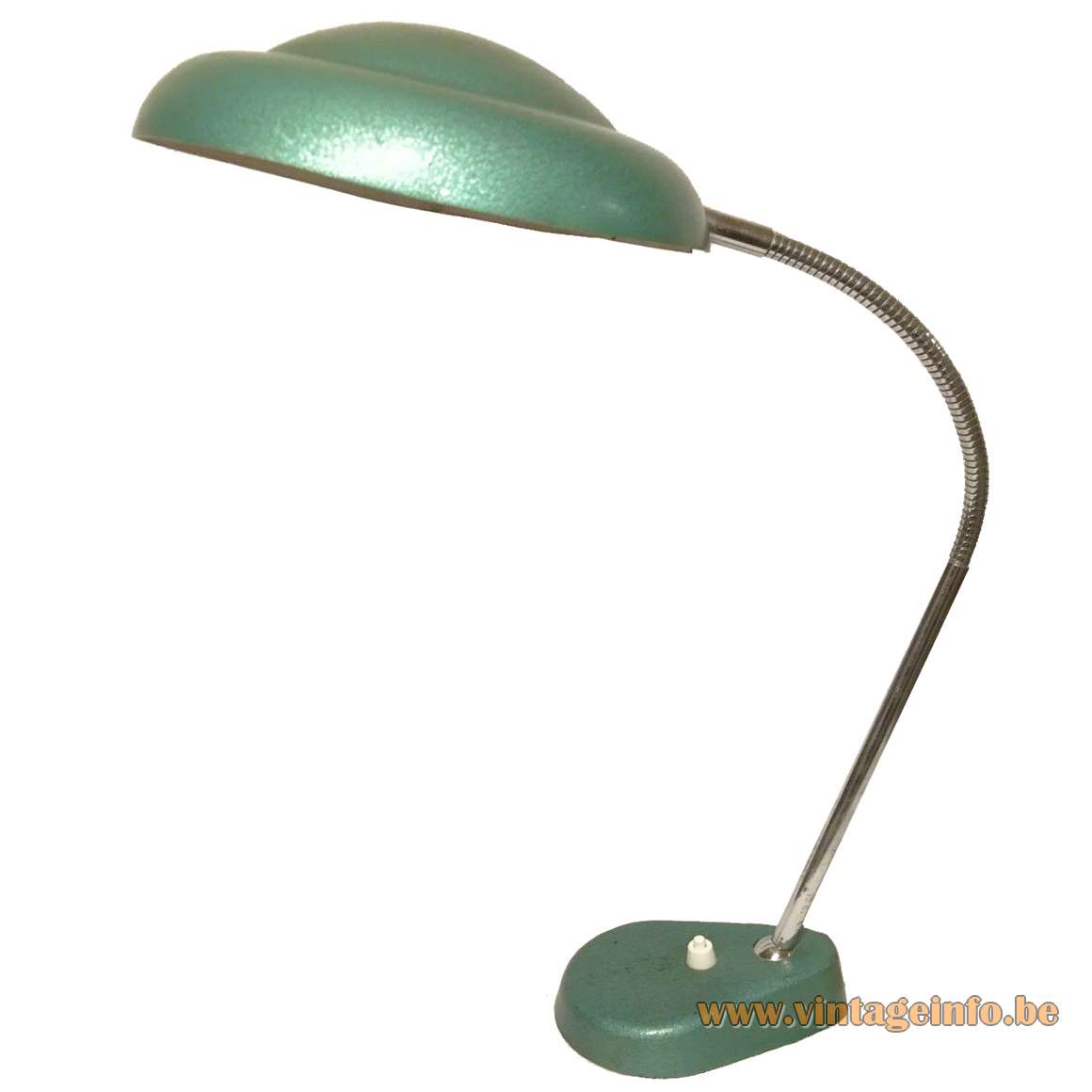 Other versions: The Aluminor gooseneck UFO desk lamp was made several colours. The lampshade was used for several lamps, all with a different base. Also painted with hammer paint and a chrome or brass gooseneck, as you can see in the photos from the movies.

An Aluminor gooseneck UFO desk lamp was used as a prop in the French comedy film Bienvenue Chez Les Ch’tis from 2008. The English title is Welcome to the Sticks. Starring: Kad Merad, Dany Boon and Zoé Félix. In this superb comedy this lamp was used as a bedside lamp. 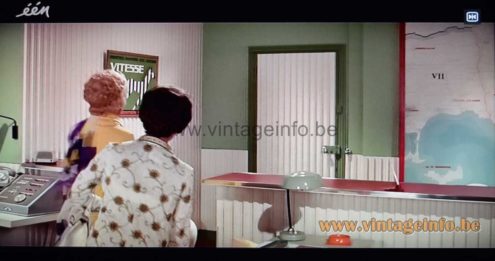 An Aluminor UFO desk lamp with the same lampshade appears in the 1970 Franco-Italian crime film Le Cercle Rouge (The Red Circle). Starring Alain Delon, Andre Bourvil, Yves Montandand Gian Maria Volonté. Many lamps were used as a prop in this movie. It was the fifth most popular film of the year in France. 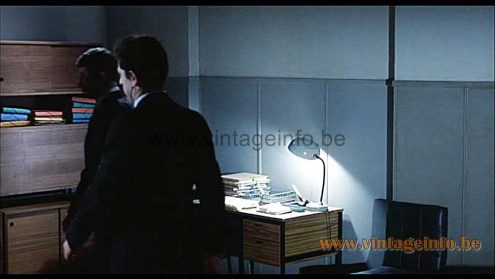