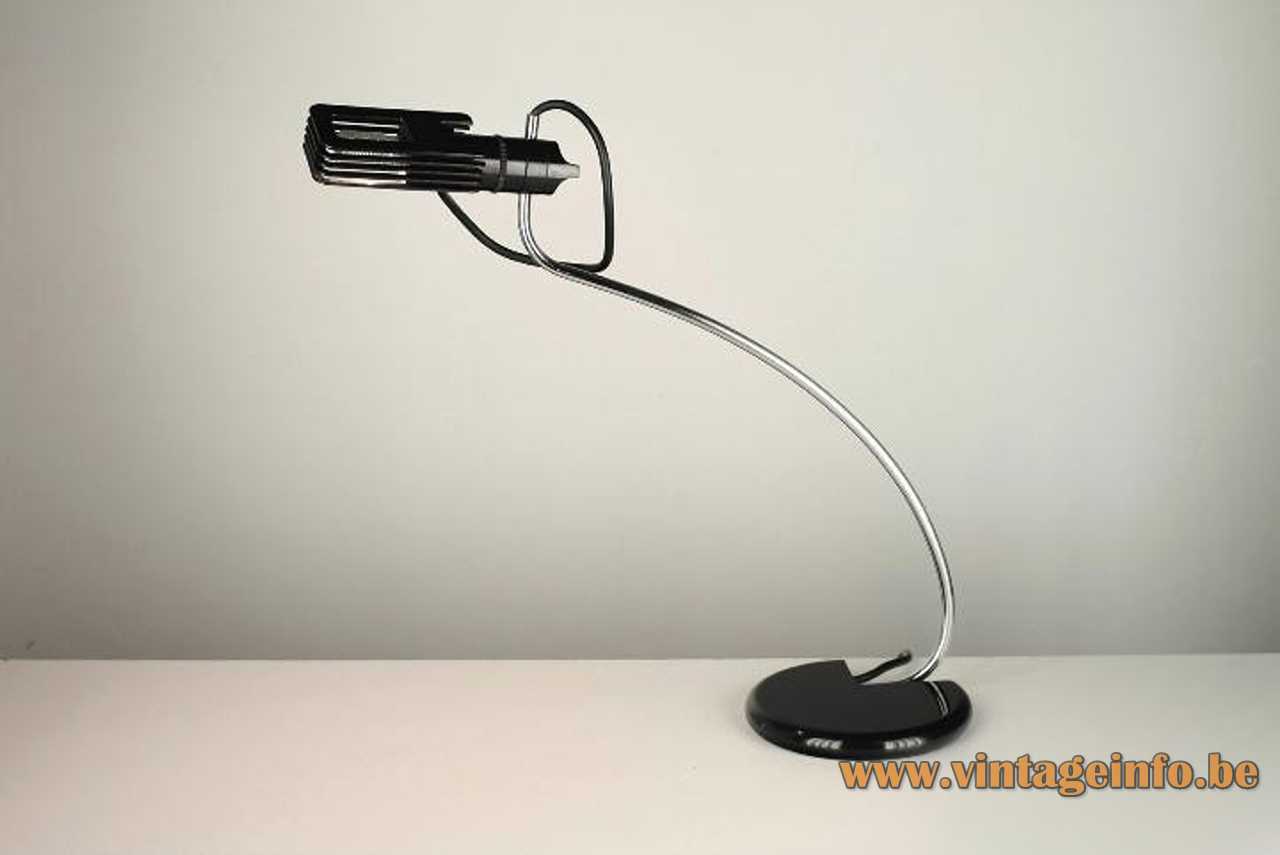 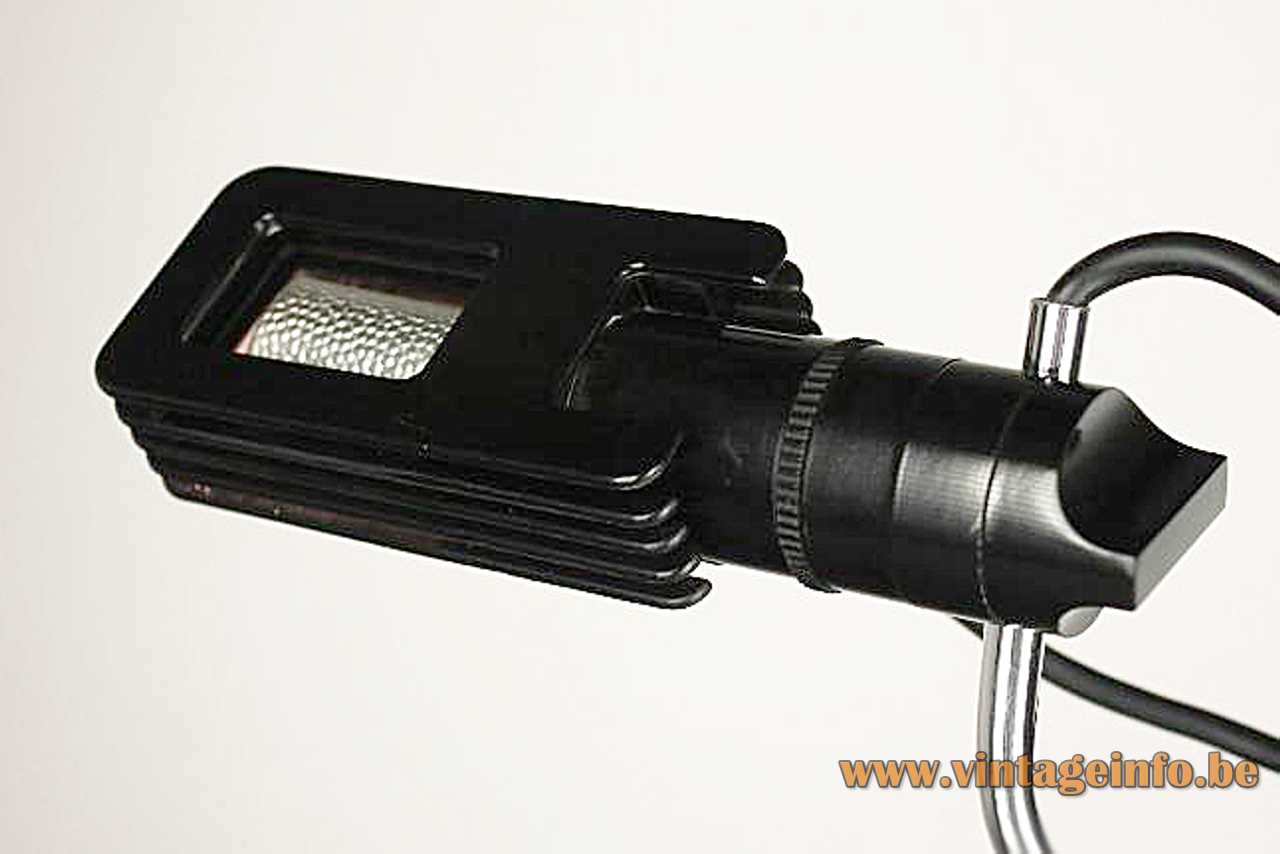 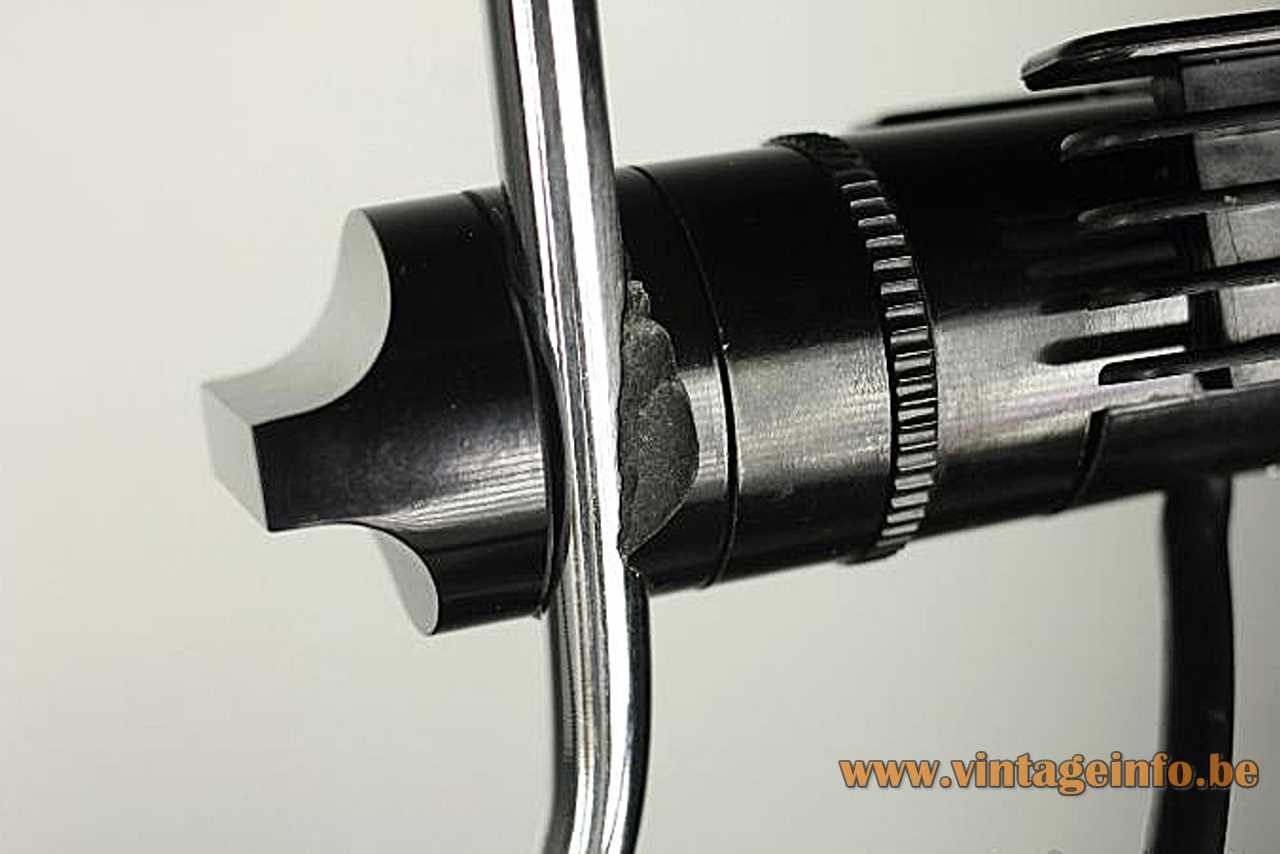 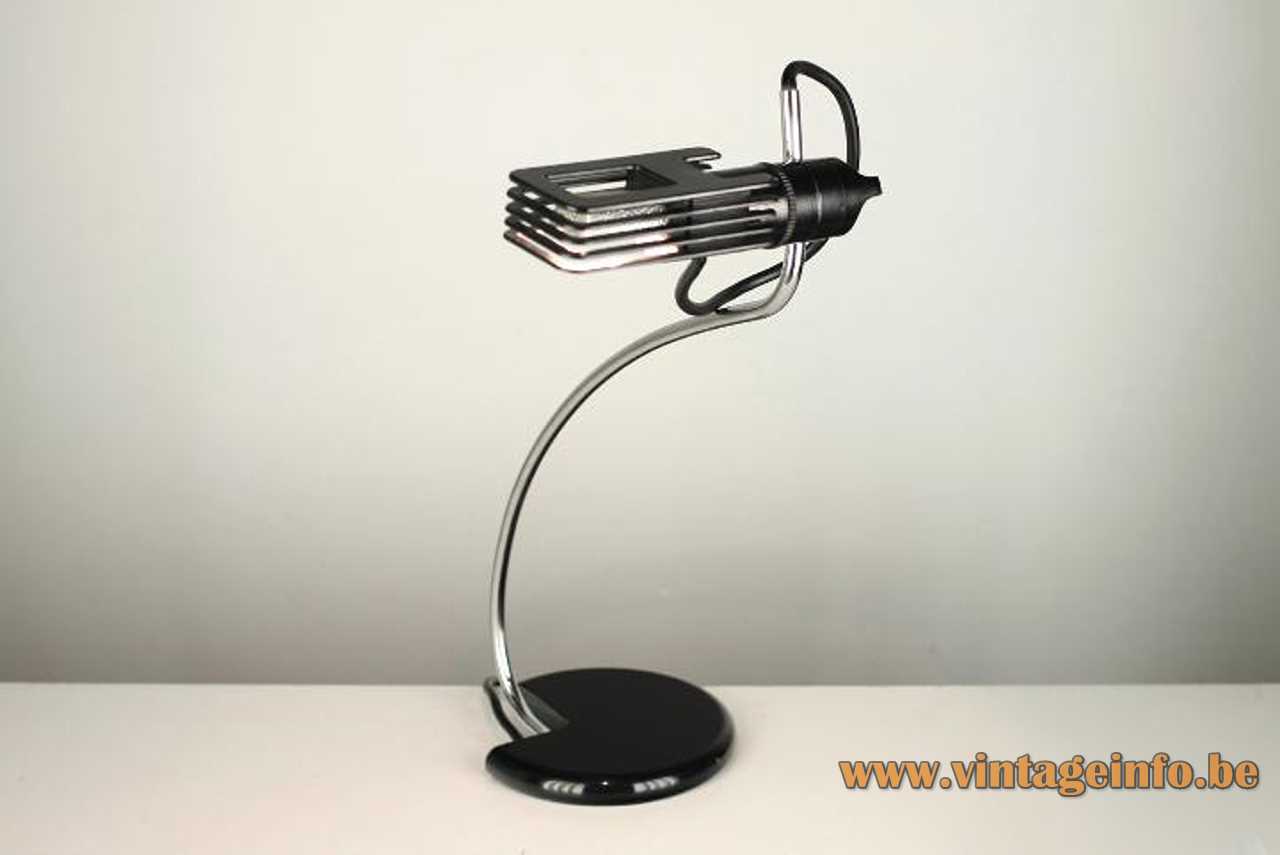 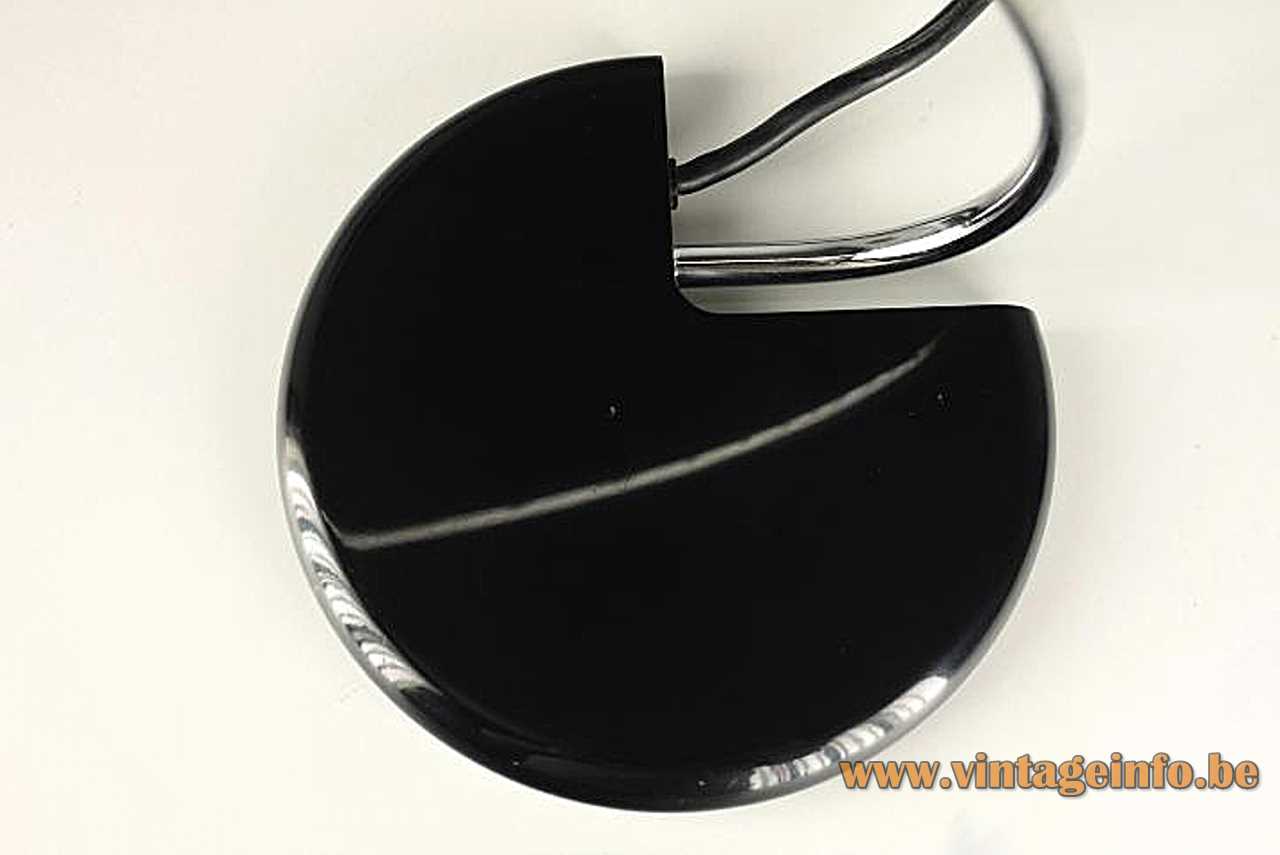 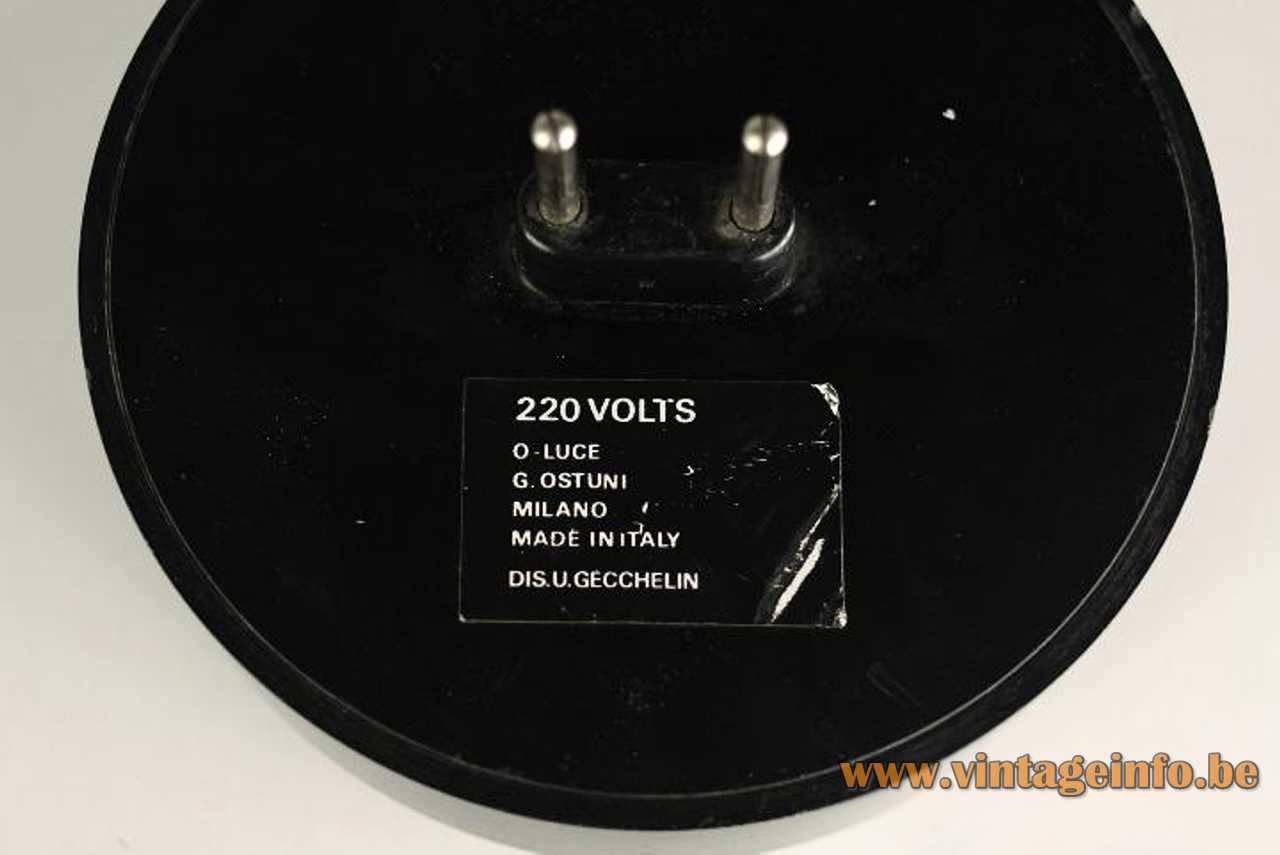 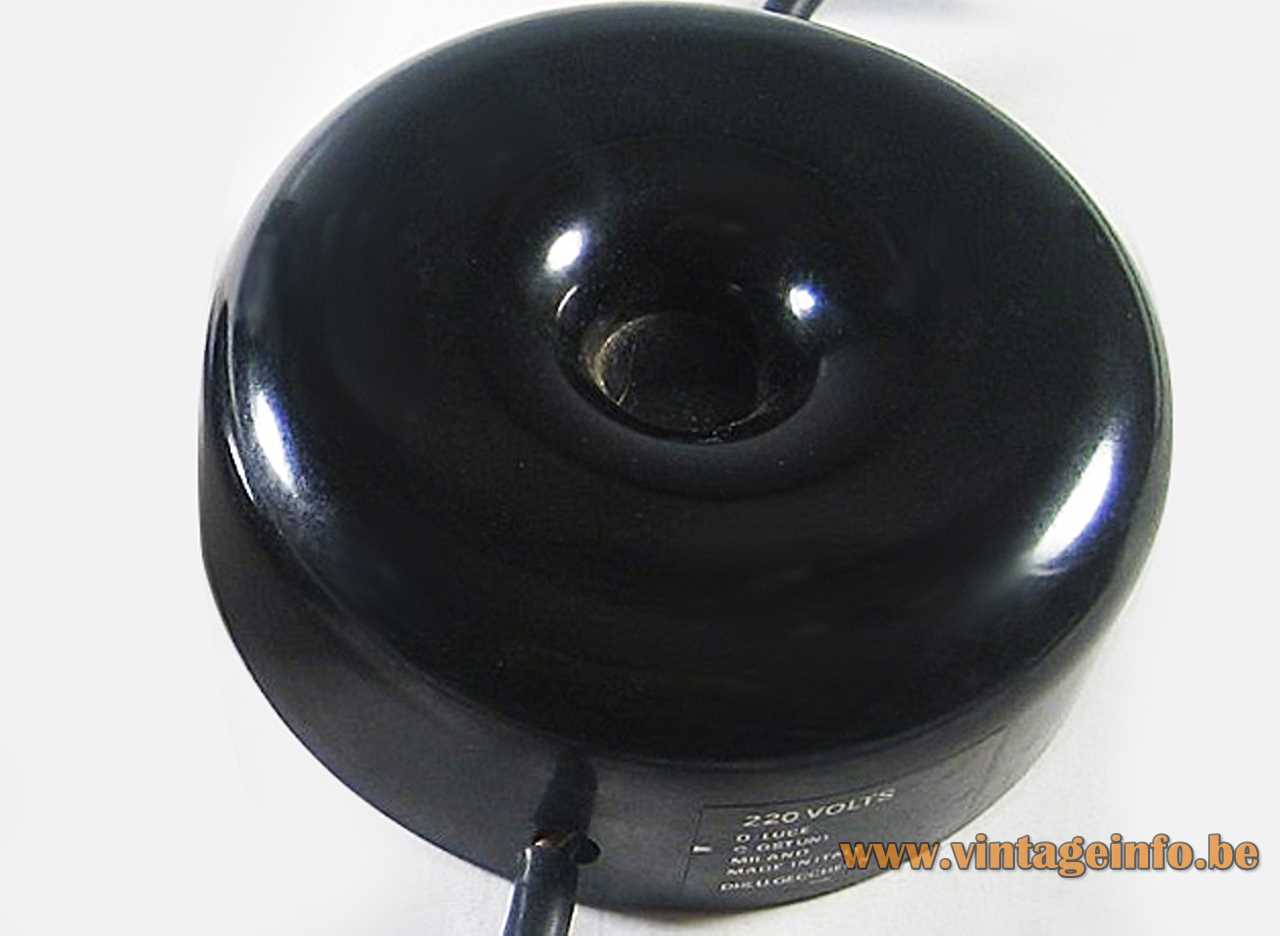 Several other lamps in this style exists, they are often confused. Oluce lamps are always labelled.

Bruno Gecchelin was born in 1939 in Milan, Italy. Gecchelin graduated in architecture from the Politecnico di Milano (Polytechnic university). He began his career in 1962 at Olivetti, working under Ettore Sottsass. He has been designing office and electronic machinery, furniture, accessories, decorative items and lighting. Since 1968 he designed for Oluce. To name a few: the Domea, Perla, Arianna and the Dogale. In 1976, he opened a studio specialising in product design.

Gecchelin received many awards for his designs such as the Lampada D’Oro (gold lamp) in 1980 and the Compasso D’Oro (gold compass) in 1989 and 1991.

The complete history of Oluce can be found on their website.

iF Design Awards for Bruno Gecchelin