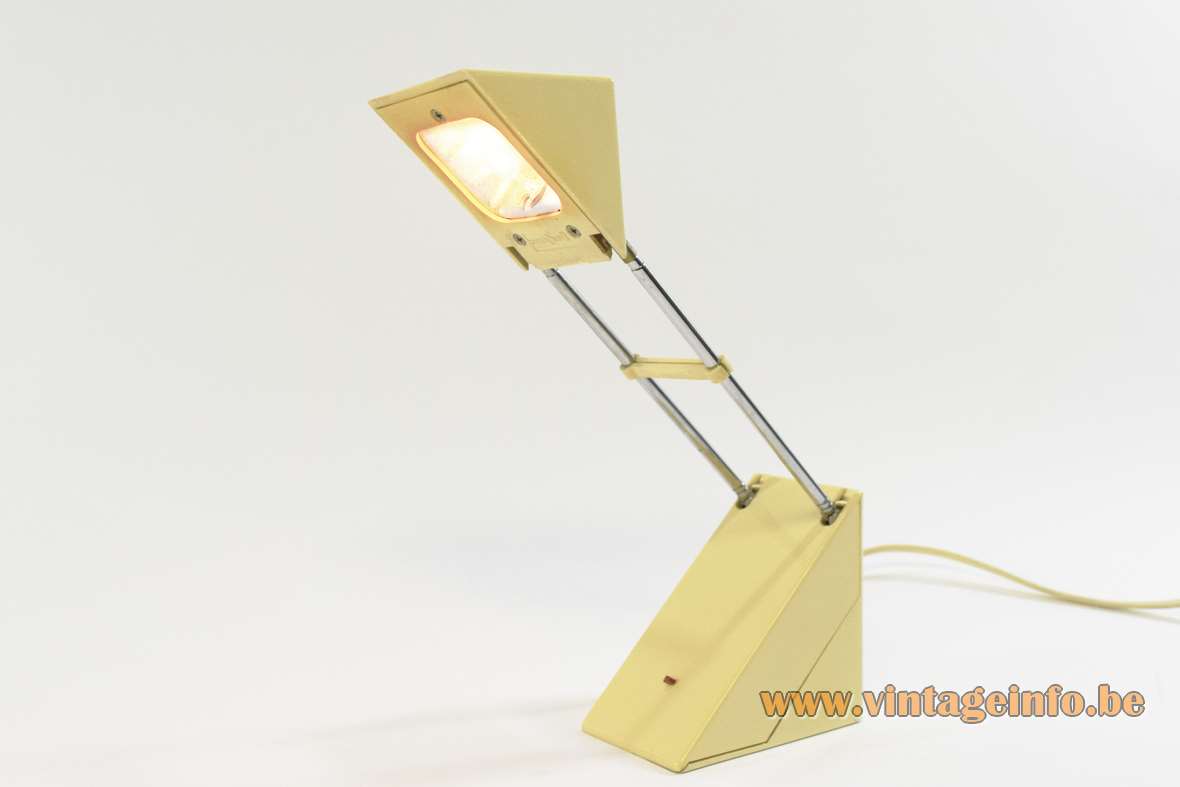 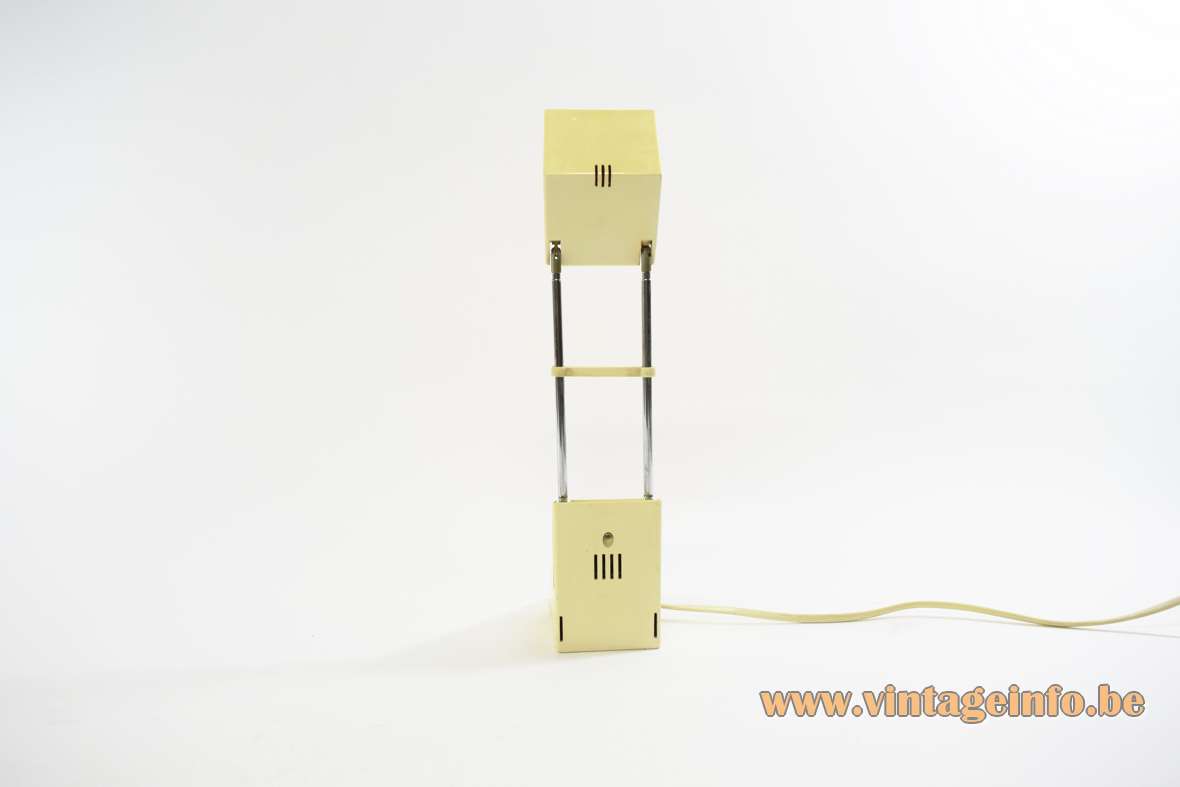 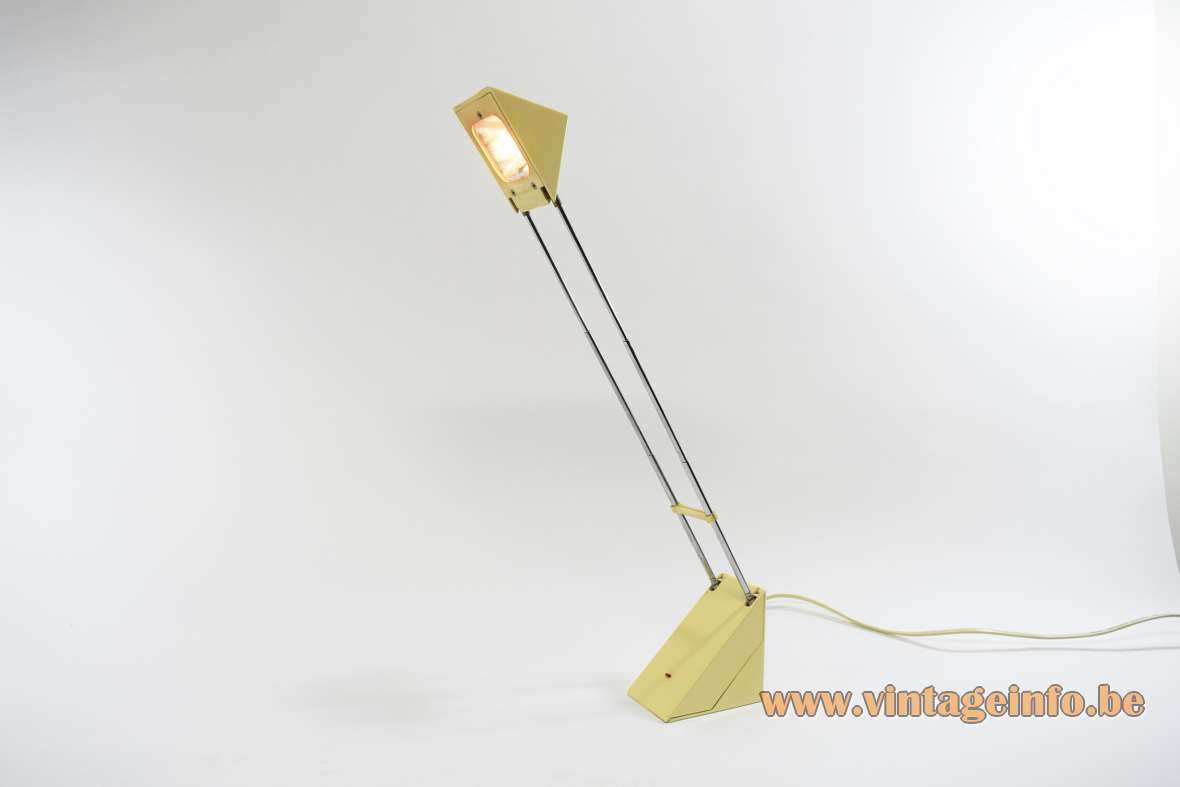 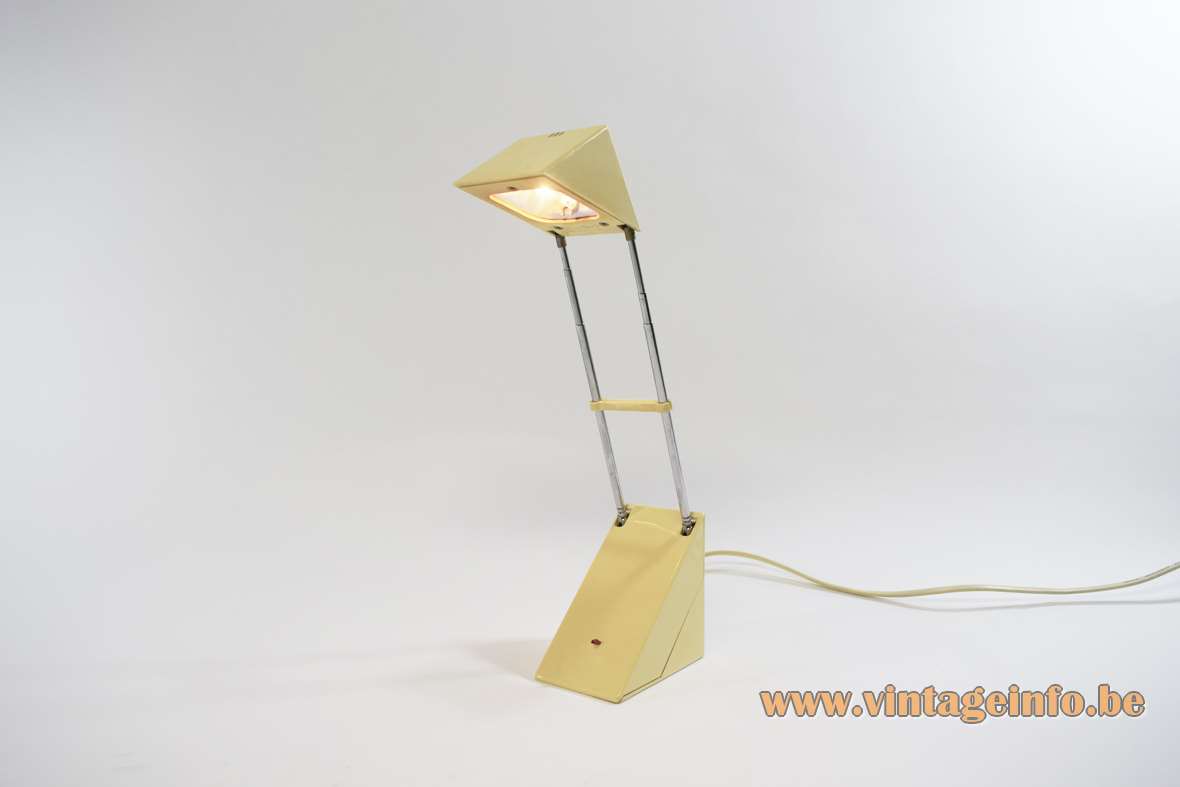 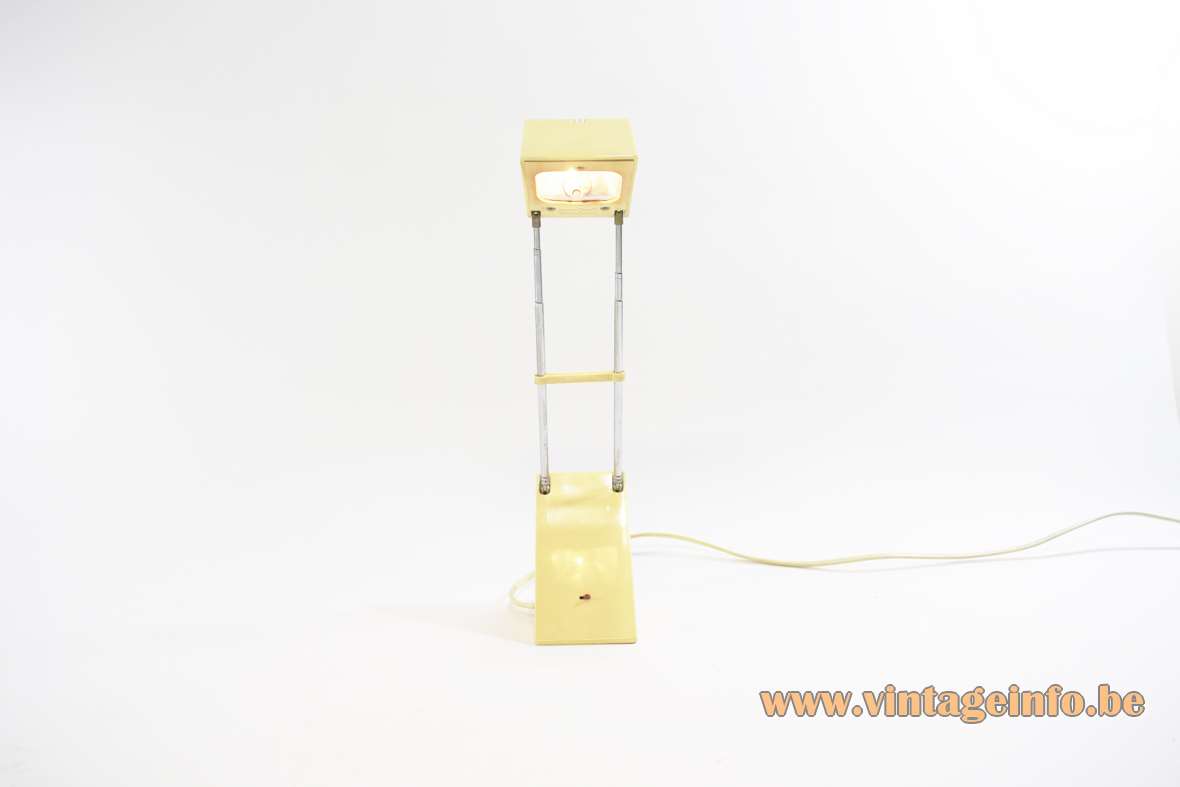 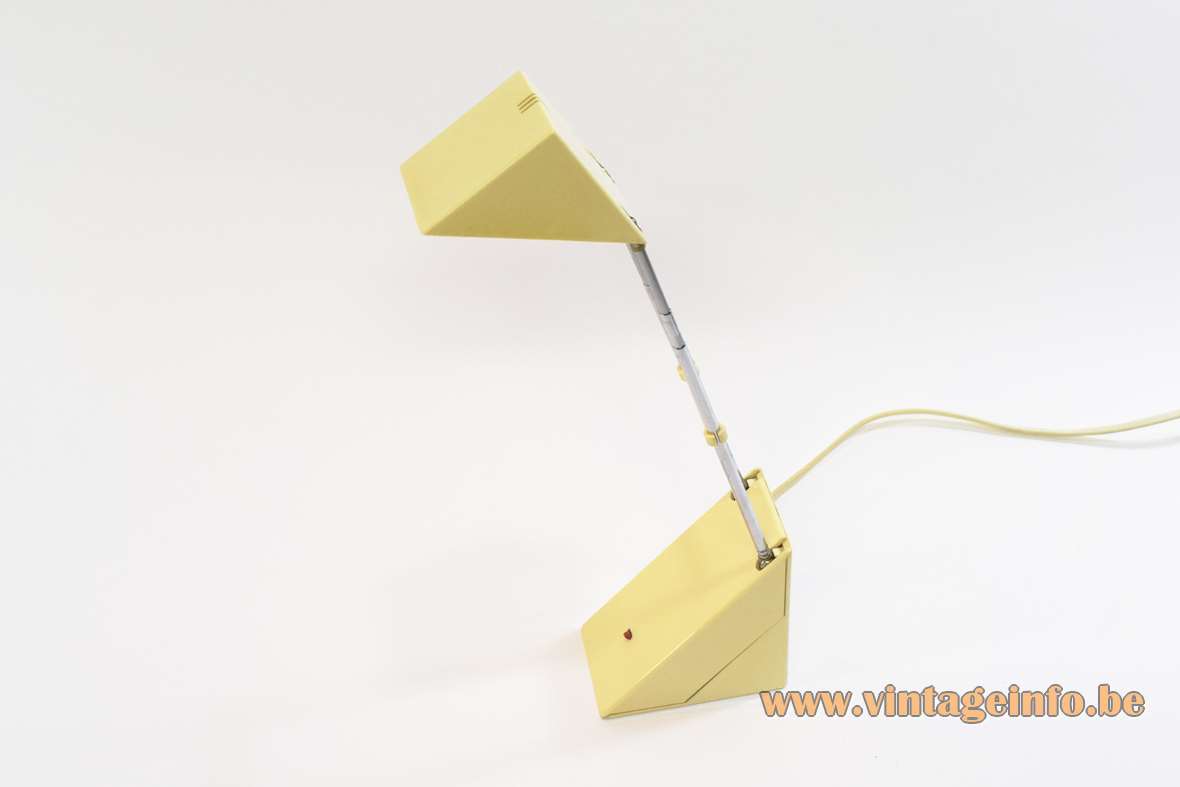 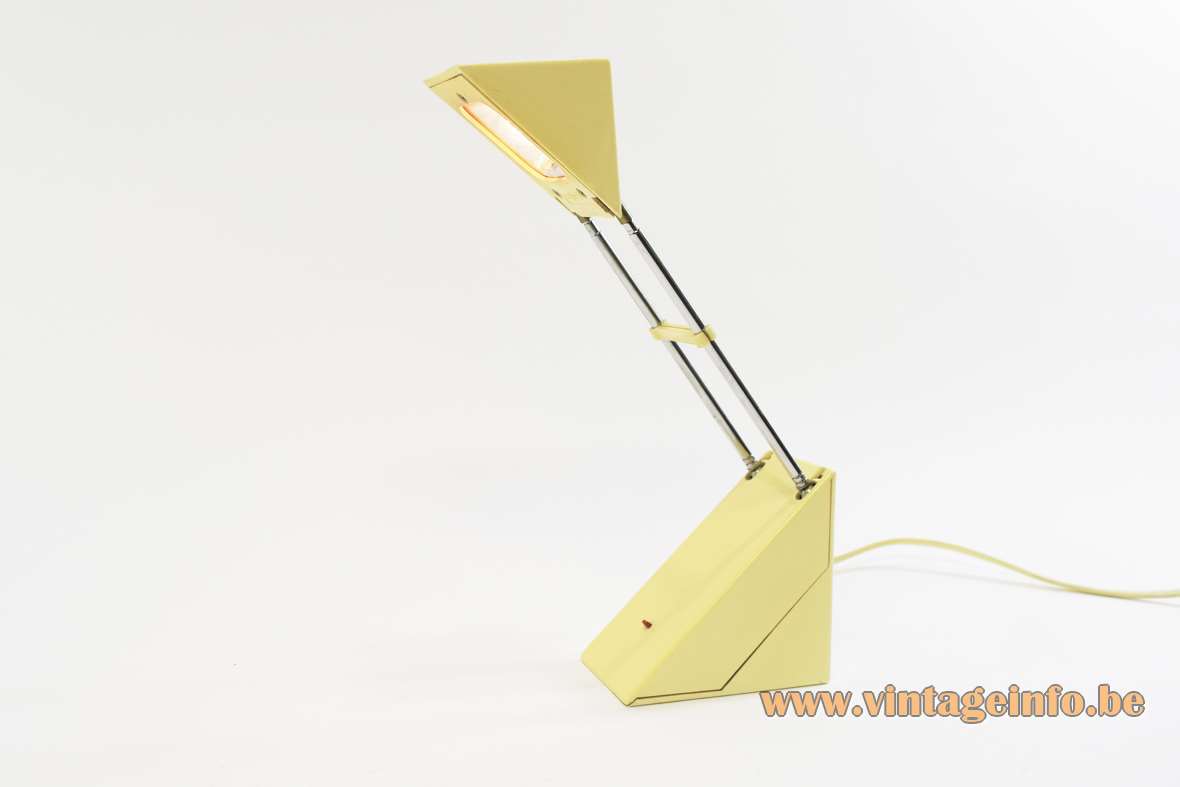 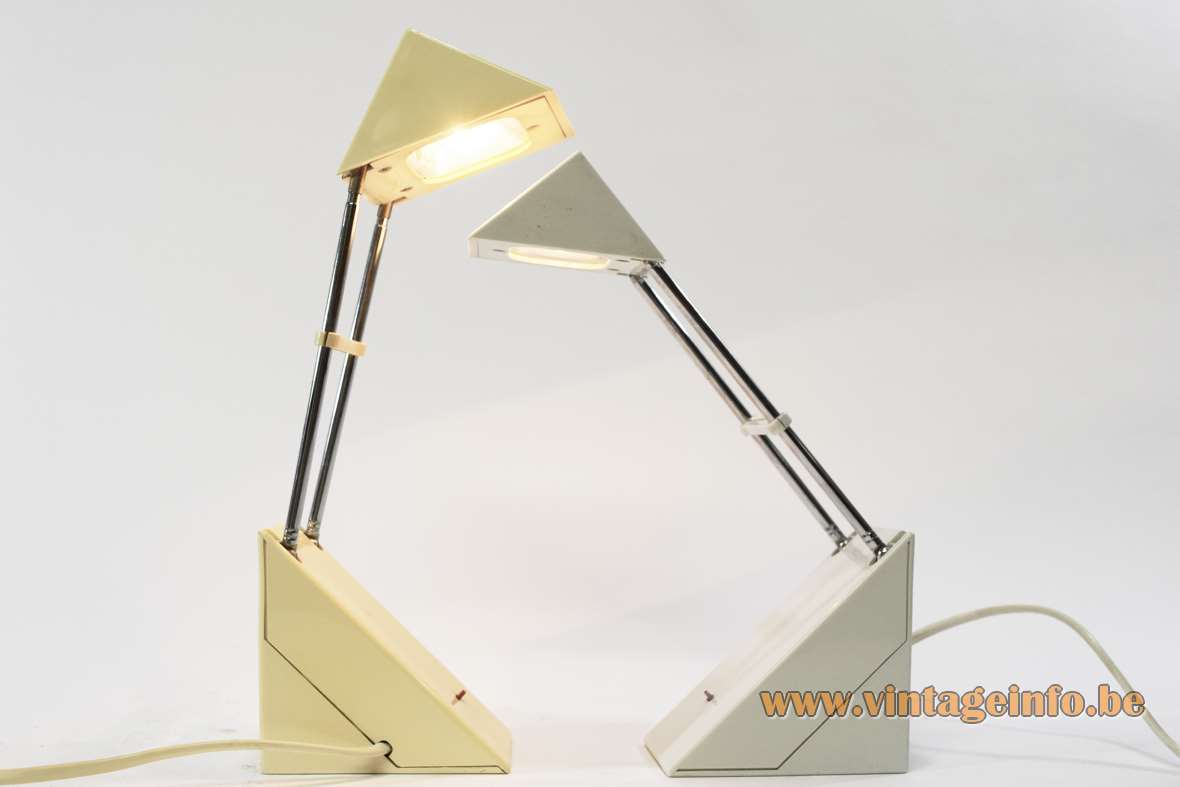 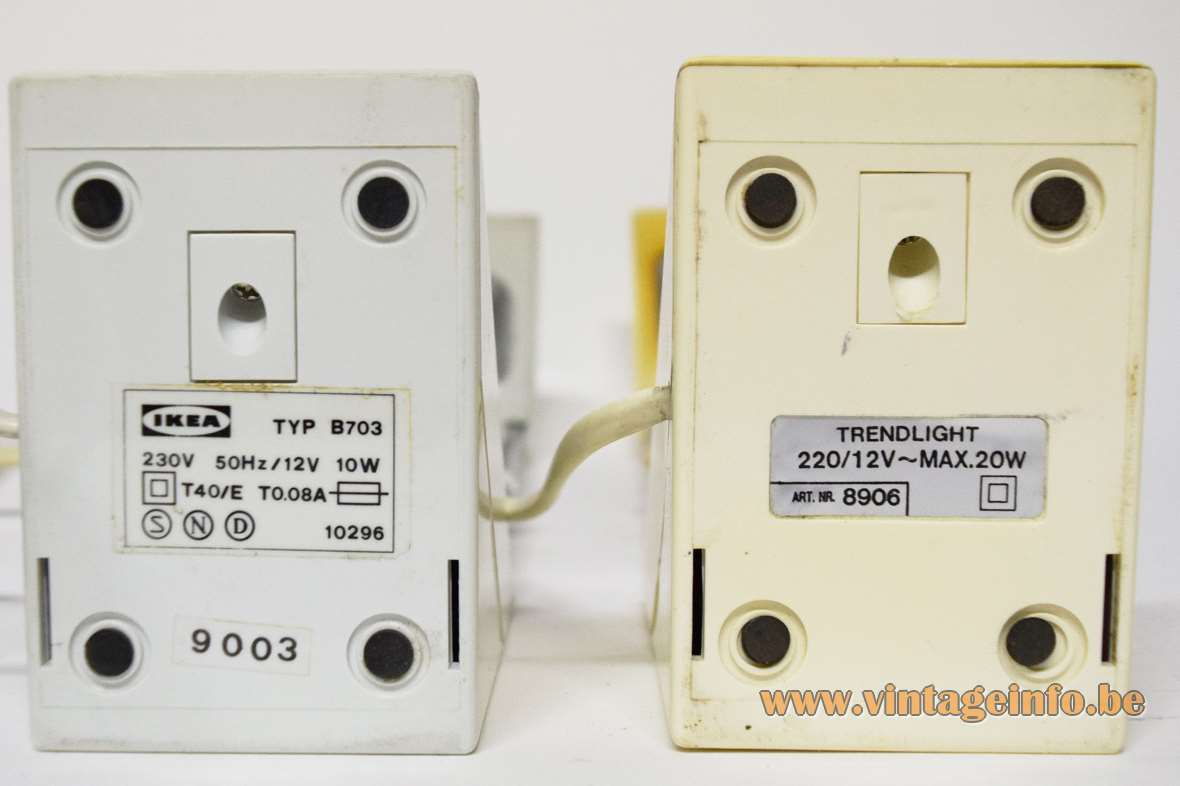 Model: This Triangular antenna desk lamp was sold by IKEA as model B703. Trendlight sold it as model 8906. There is a small difference. The lampshade of the IKEA lamp is 1 cm (0,39”) smaller, as you can see on the left. The white lamp is IKEA. The IKEA lamp also exists with a black label and white text. Brillant AG also sold this lamp, the model number is faded, unfortunately.

Telescopic lamps were already in production since the early 1960s. Fine examples are the LamPetit Table Lamp or the Taki Light Iris Table Lamp.

Telescopic desk lamps like this one start appearing in the 80s. This desk lamp is produced by the company Trendlight. No information to be found. In The Netherlands there was a company active under that name, but it was only from 2008 until 2017.

This lamp is an early version of these type of lamps. Angular lamps are typical 80s. For the convenience they are commonly called Memphis lamps, after the designs from that period by designers from the Mempis Group. This desk lamp is probably produced in China. Telescopic/folding lamps are still in production.

For the telescopic arms two chromed brass tubes are used. Made in the same way antennas for portable radios are/were made. 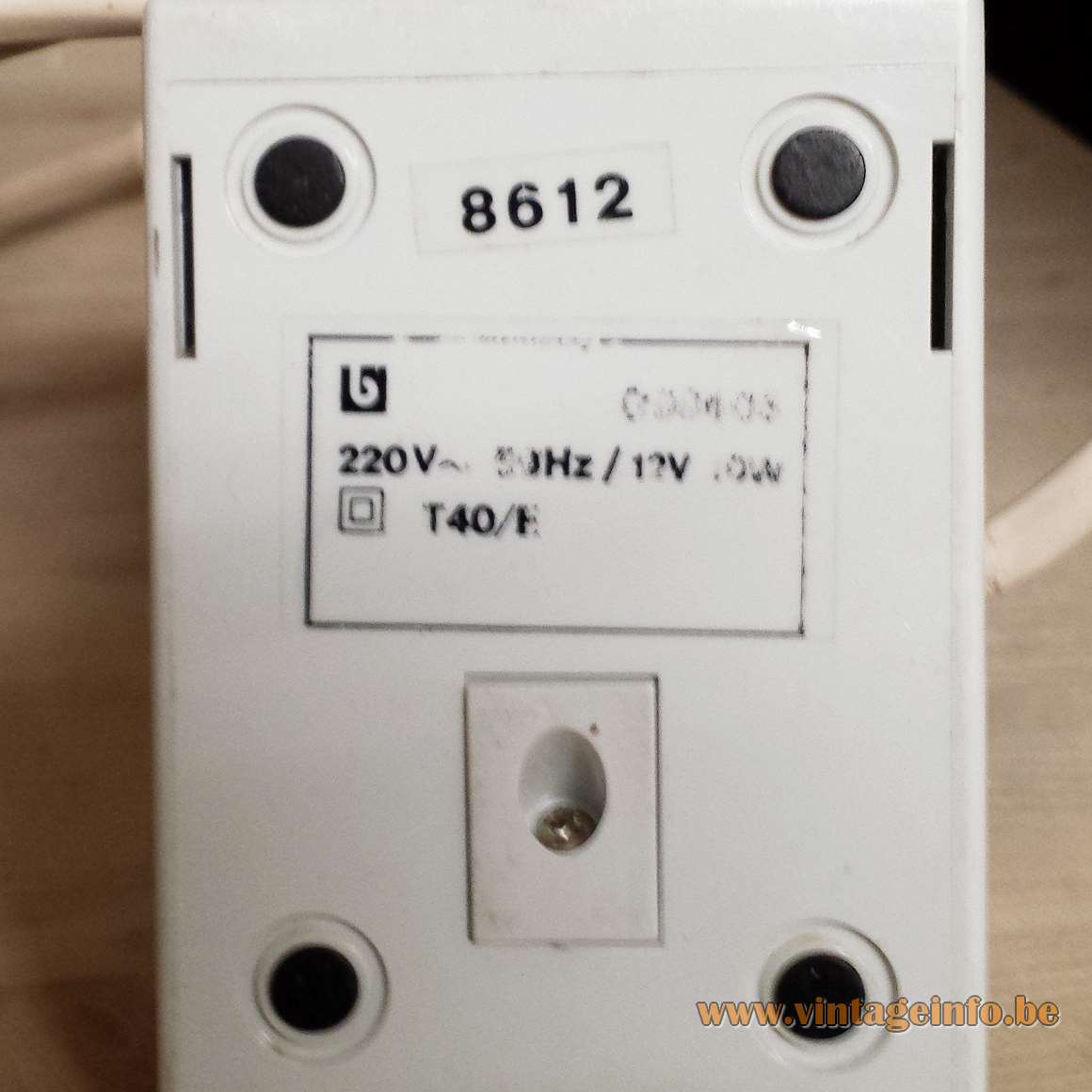 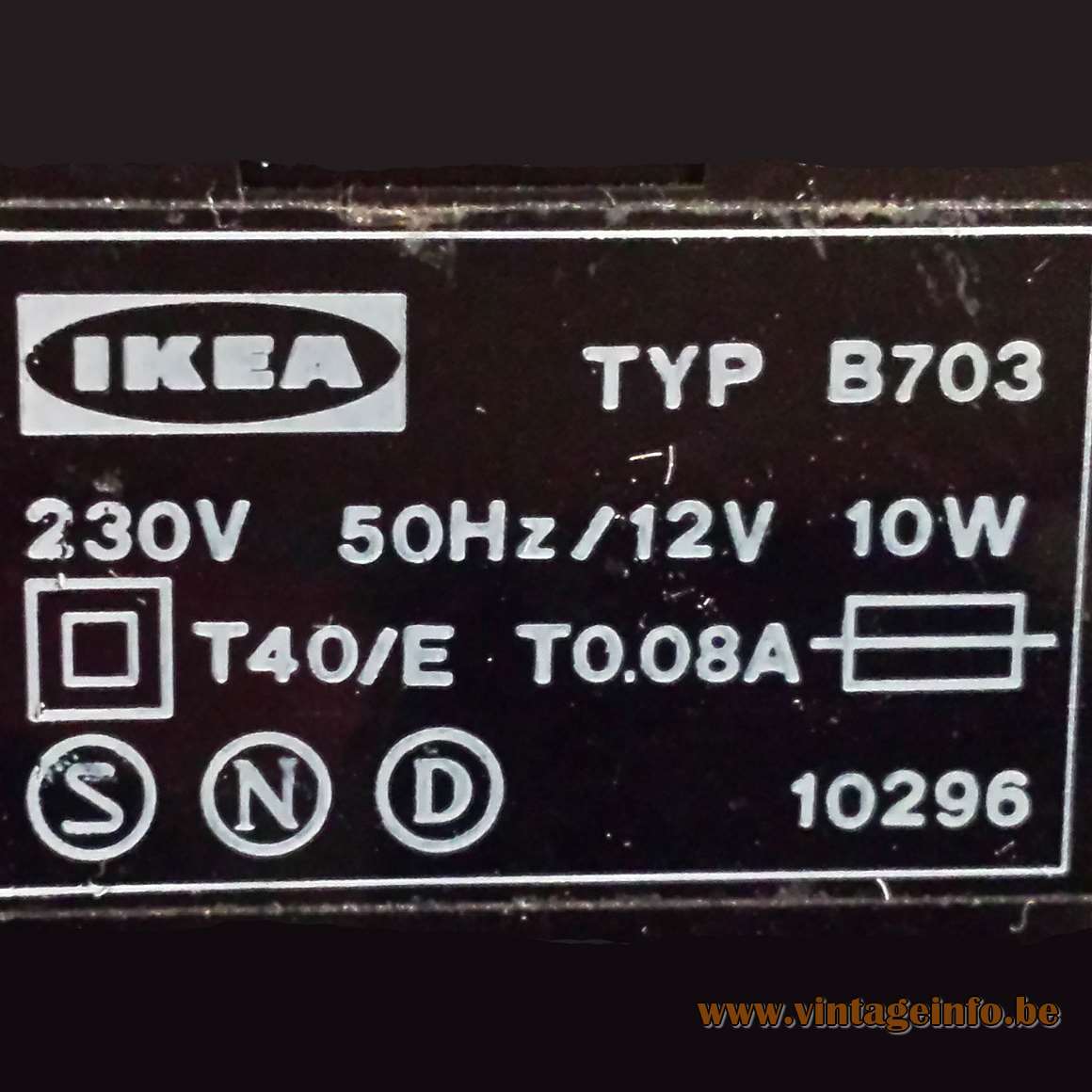