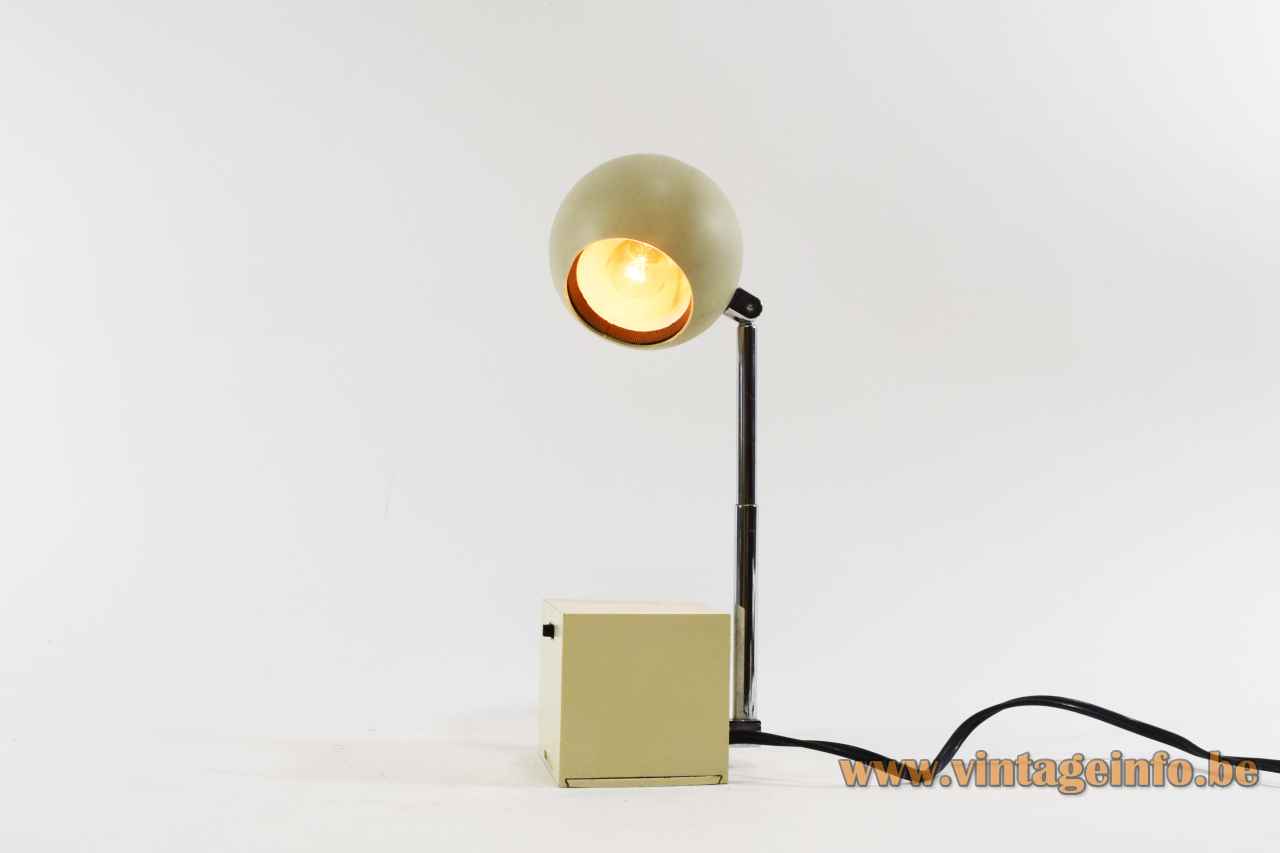 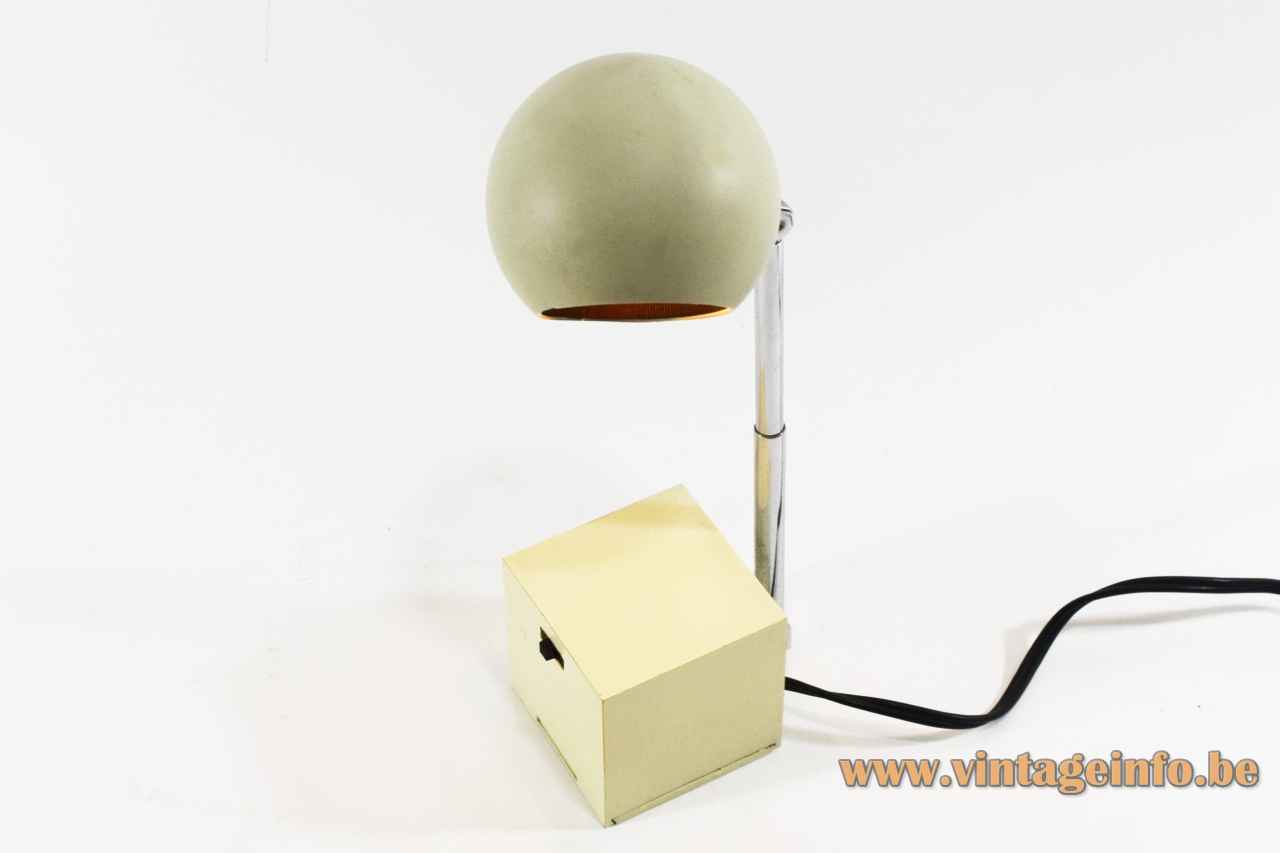 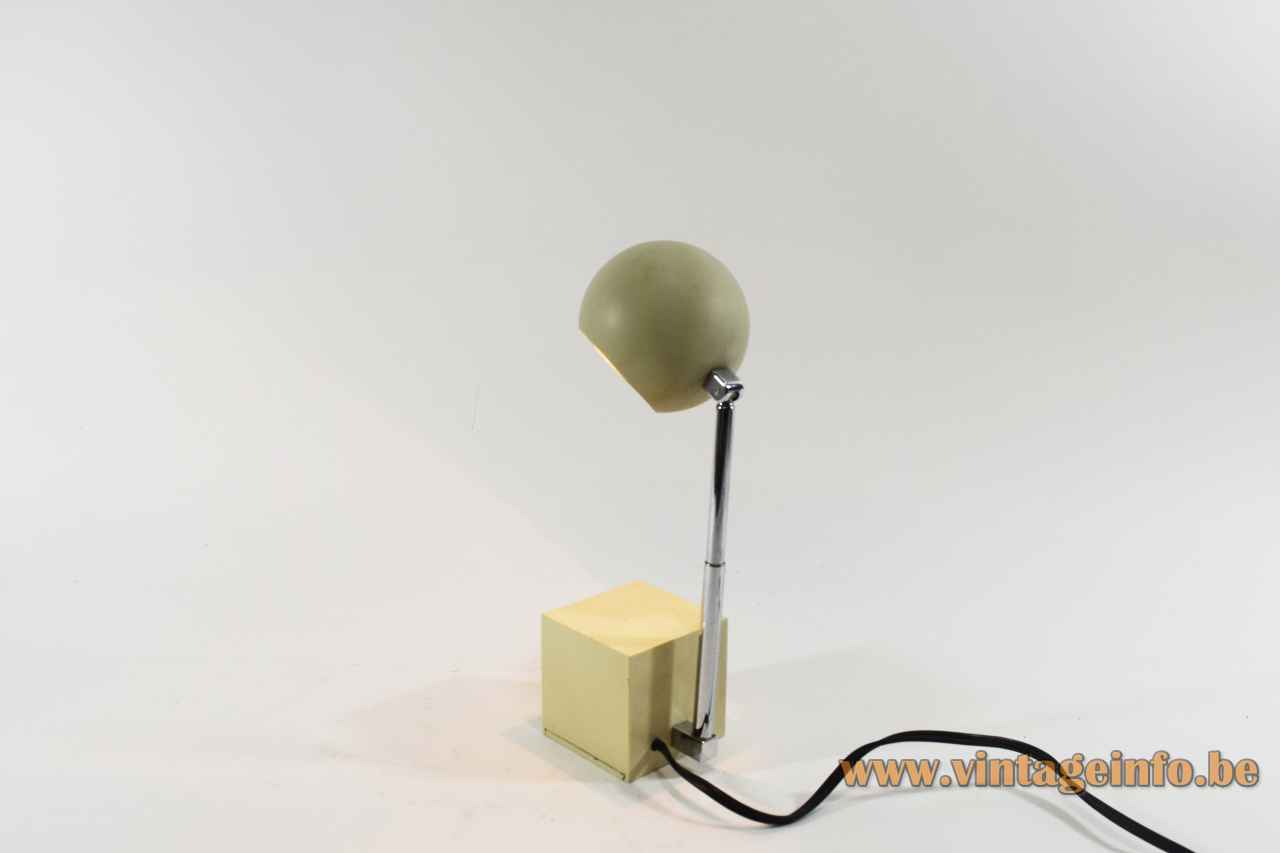 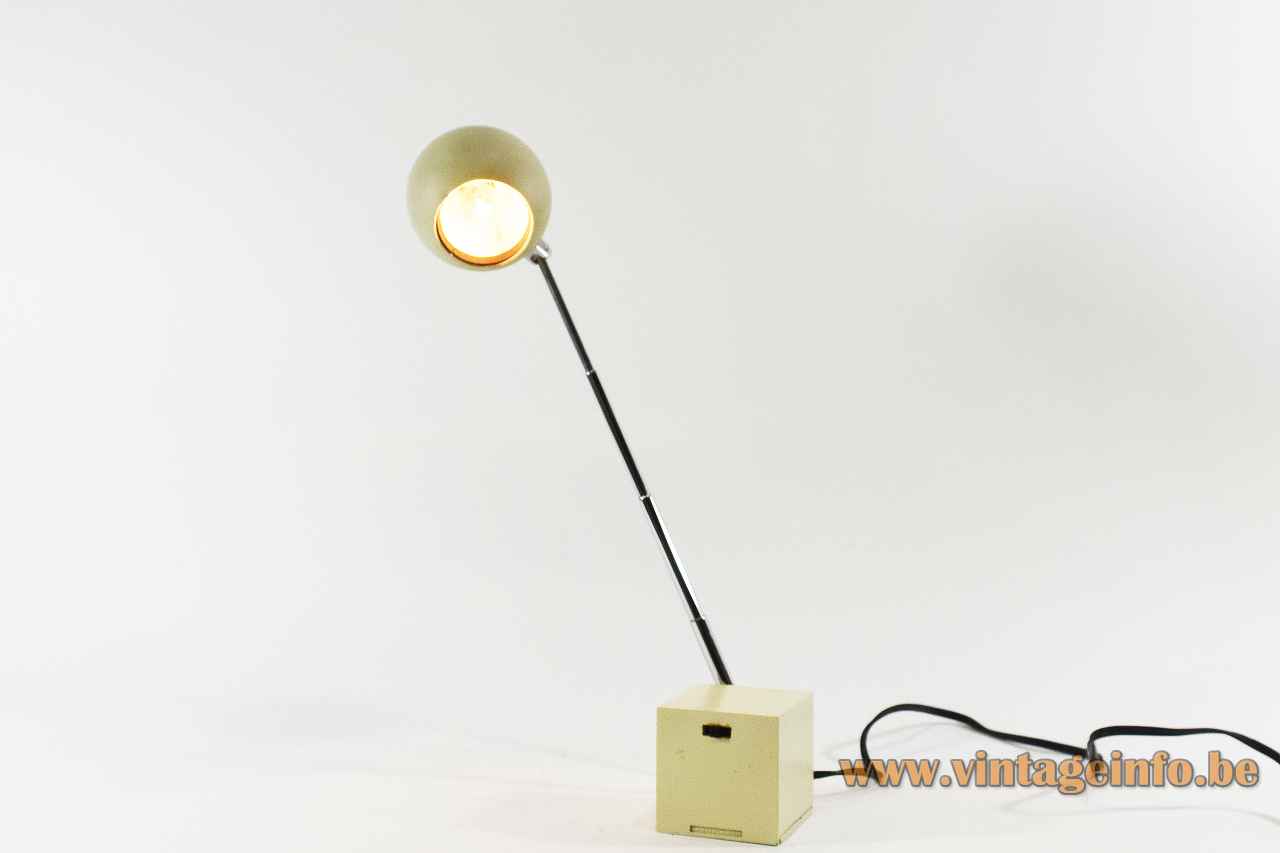 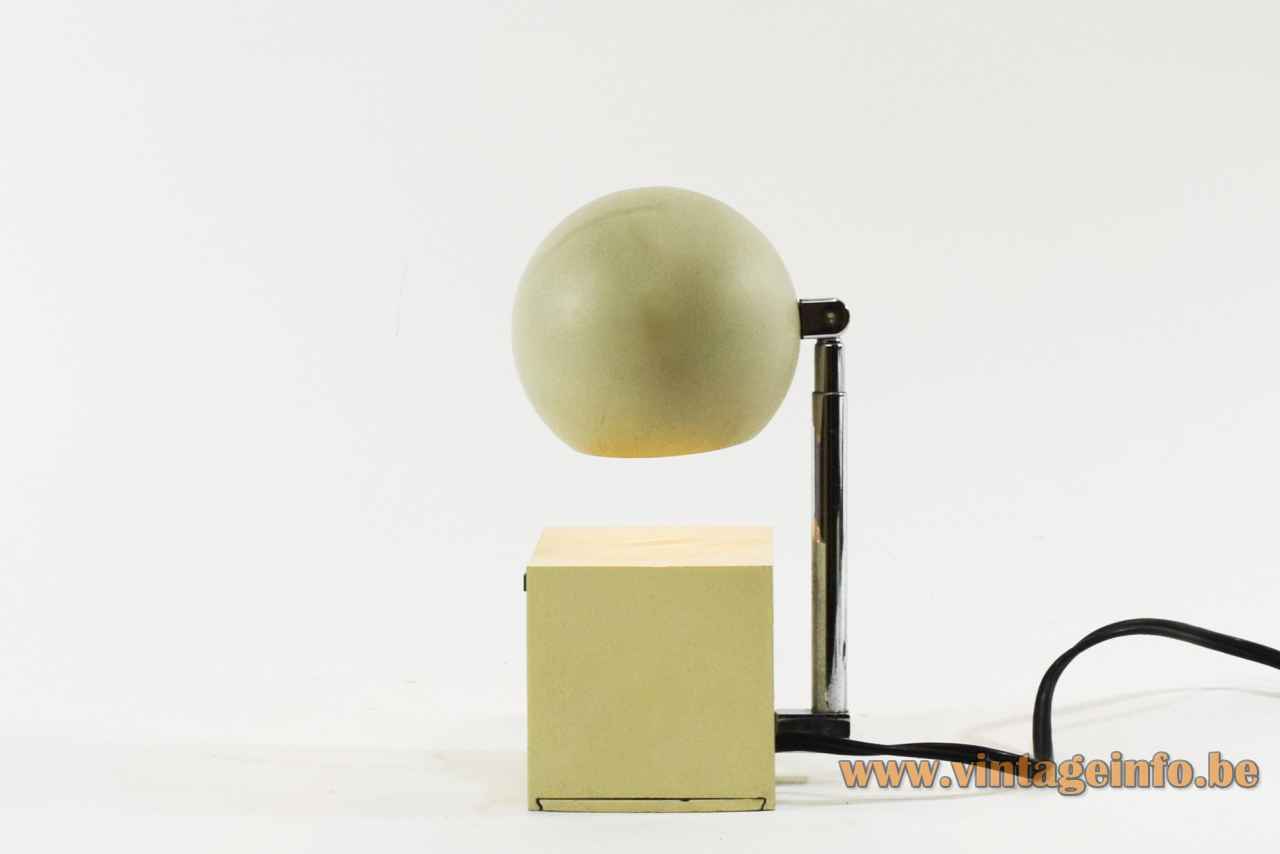 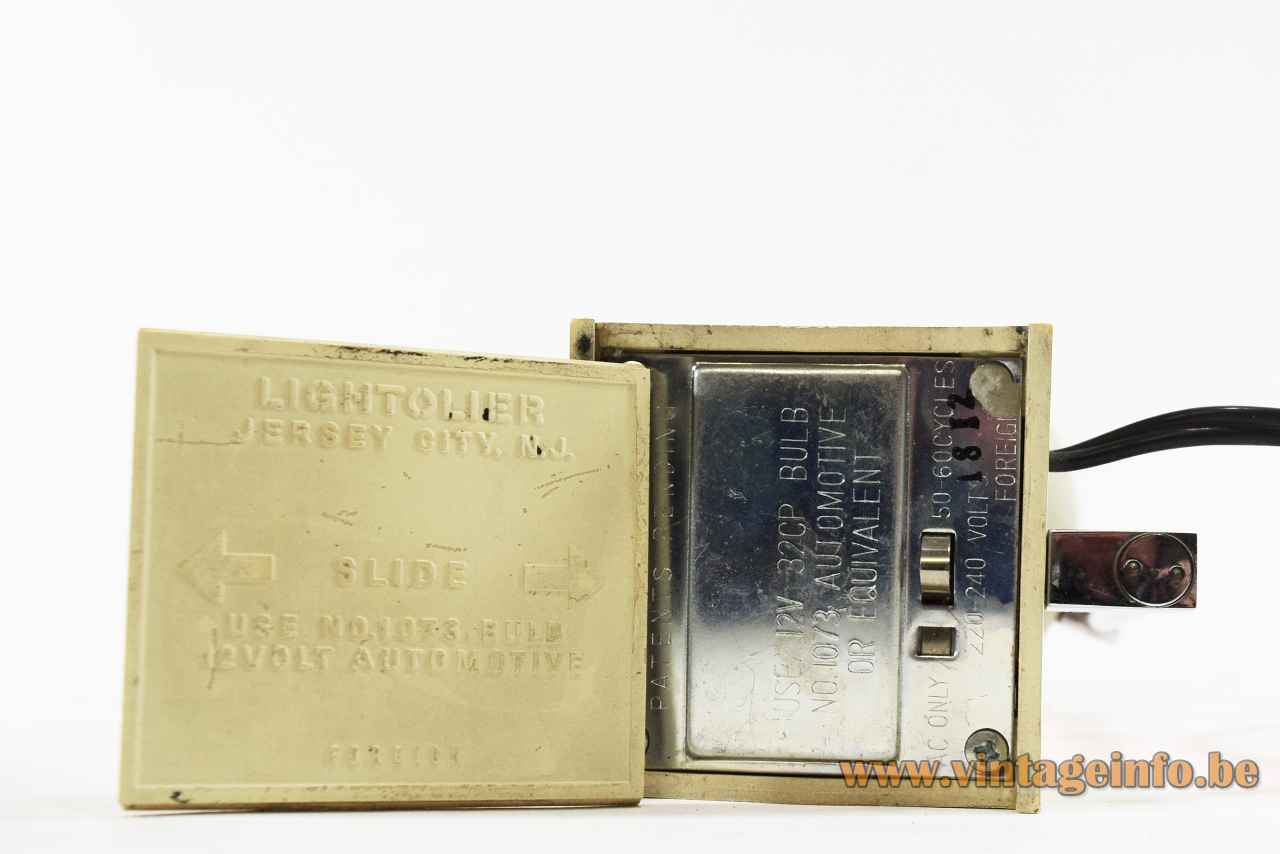 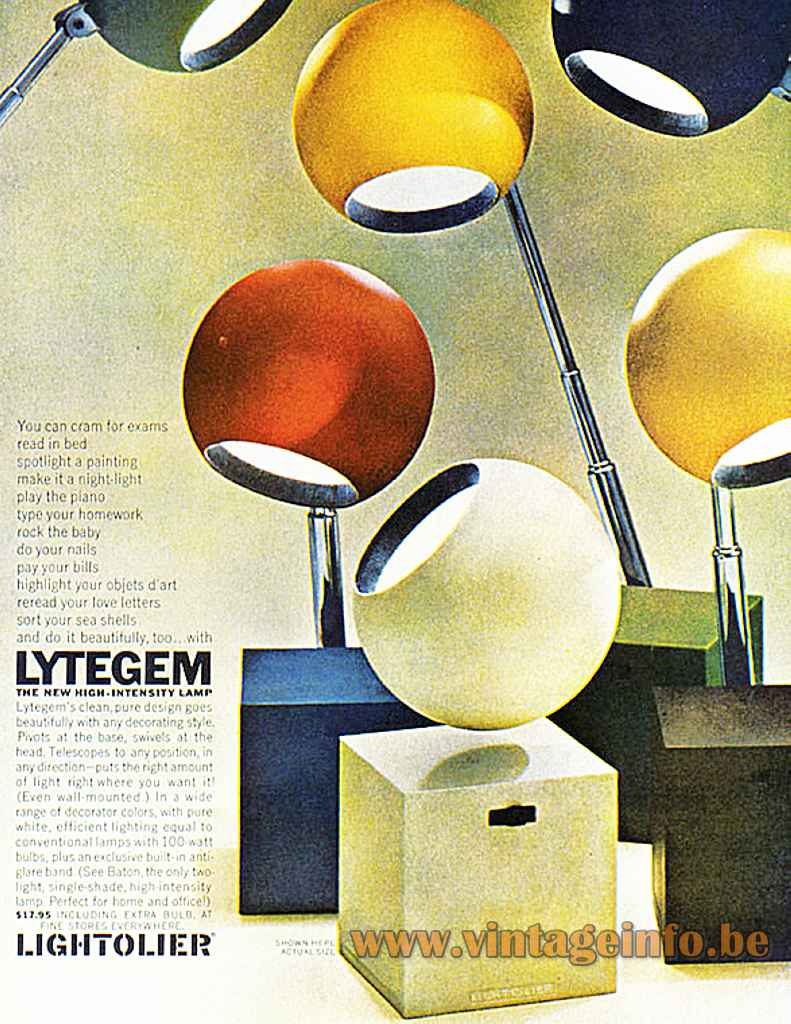 Other versions: The Lightolier Lytegem desk lamp exists in many colours. Also chrome, walnut & brass lamps were made. It has a switch with a high and low (6 and 12 volt) setting. A mechanism used for many other telescopic or antenna lamps from that period.

In 2003, Lightolier relaunched it for their 100th anniversary.

Beware when you want to buy one. Many are for sale in the USA, but they are all 110 volt.

Michael Lax, born November 8, 1929, in New York City, was an industrial designer. He graduated in 1947 from the New York School of Music and Art and in 1951 from the Alfred University’s New York State College of Ceramics.

In 1954, he went to Finland where he learned Scandinavian modern design. His first succes as a designer was with enamelled cast iron cookware for the Copco company.

In 1965, Lax designed this low-voltage, high-intensity Lytegem table lamp. It was a huge succes and became part of the permanent collection at the Museum of Modern Art (MoMA) in New York City, USA.

Lightolier Lytegem desk lamp together with the Lyric desk lamp. 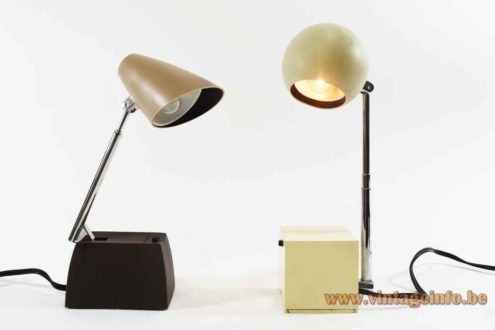 The Lytegem lamp in the MoMA museum, New York 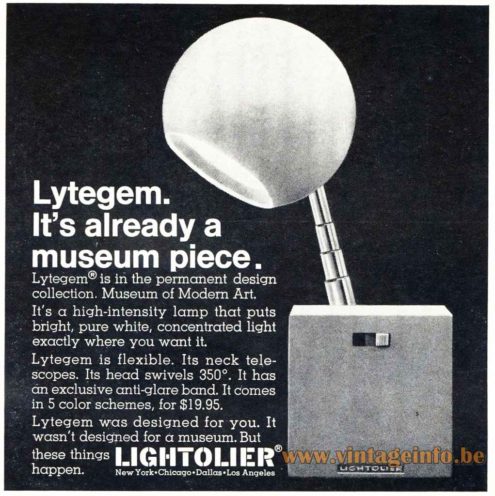