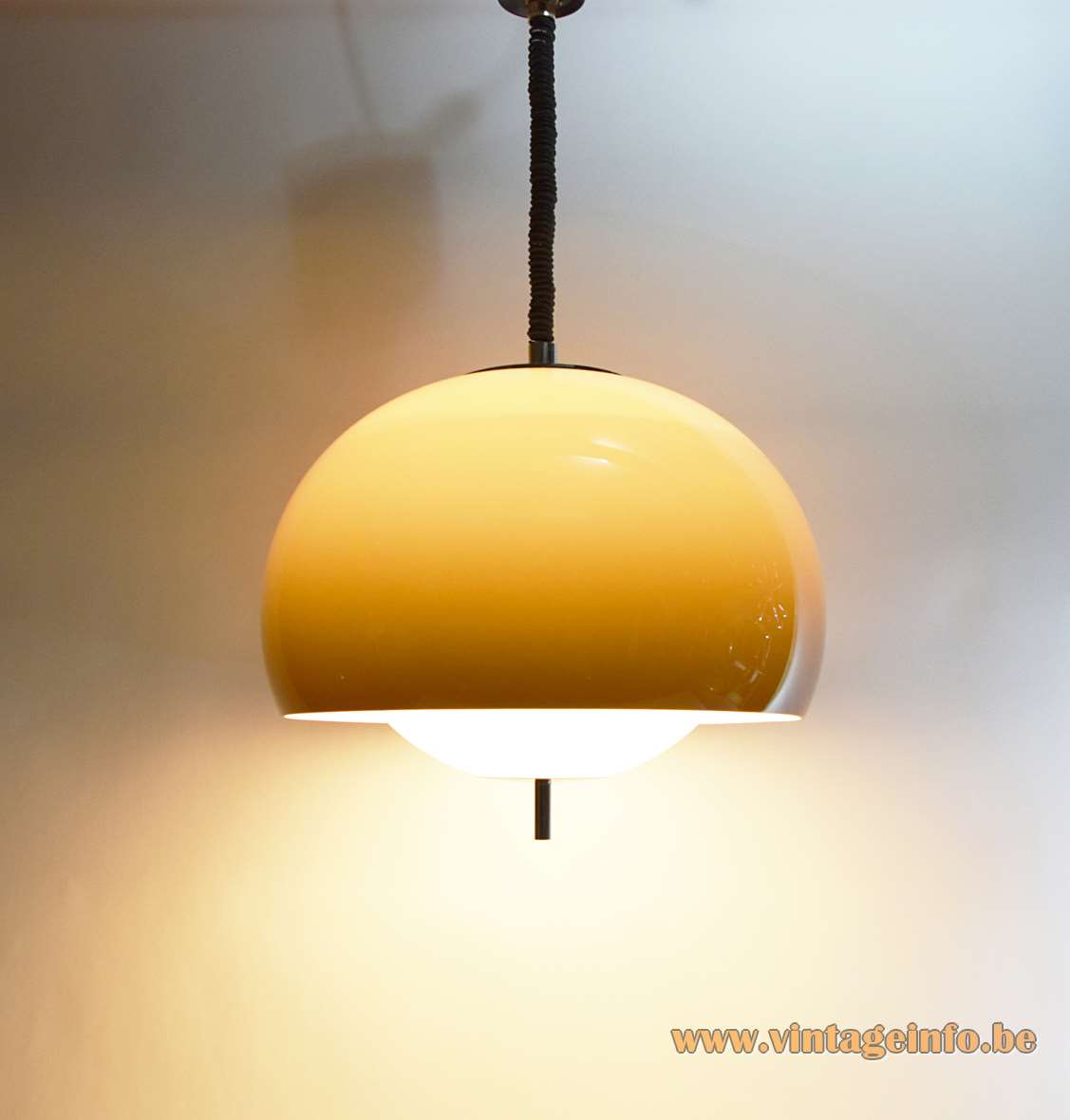 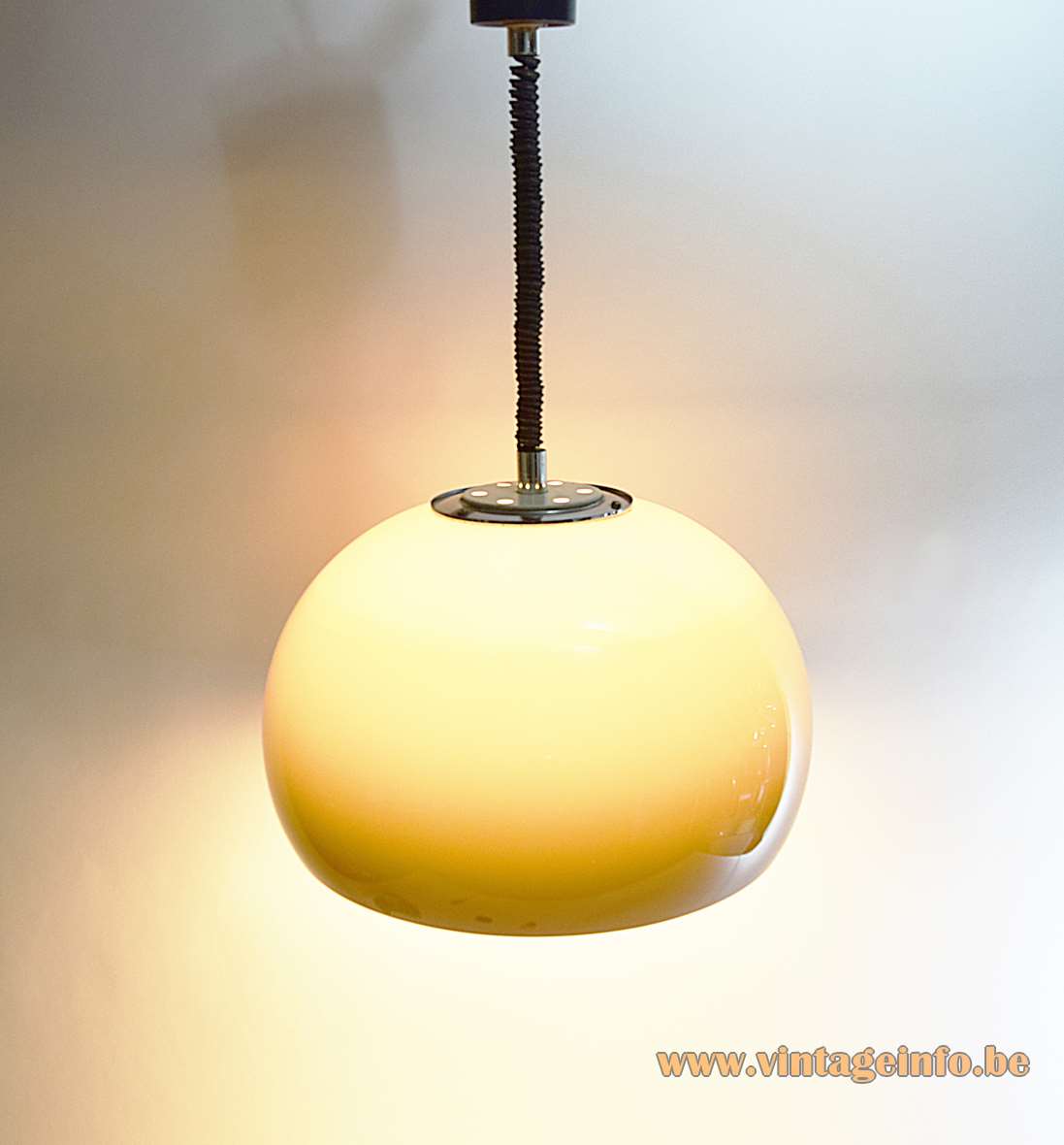 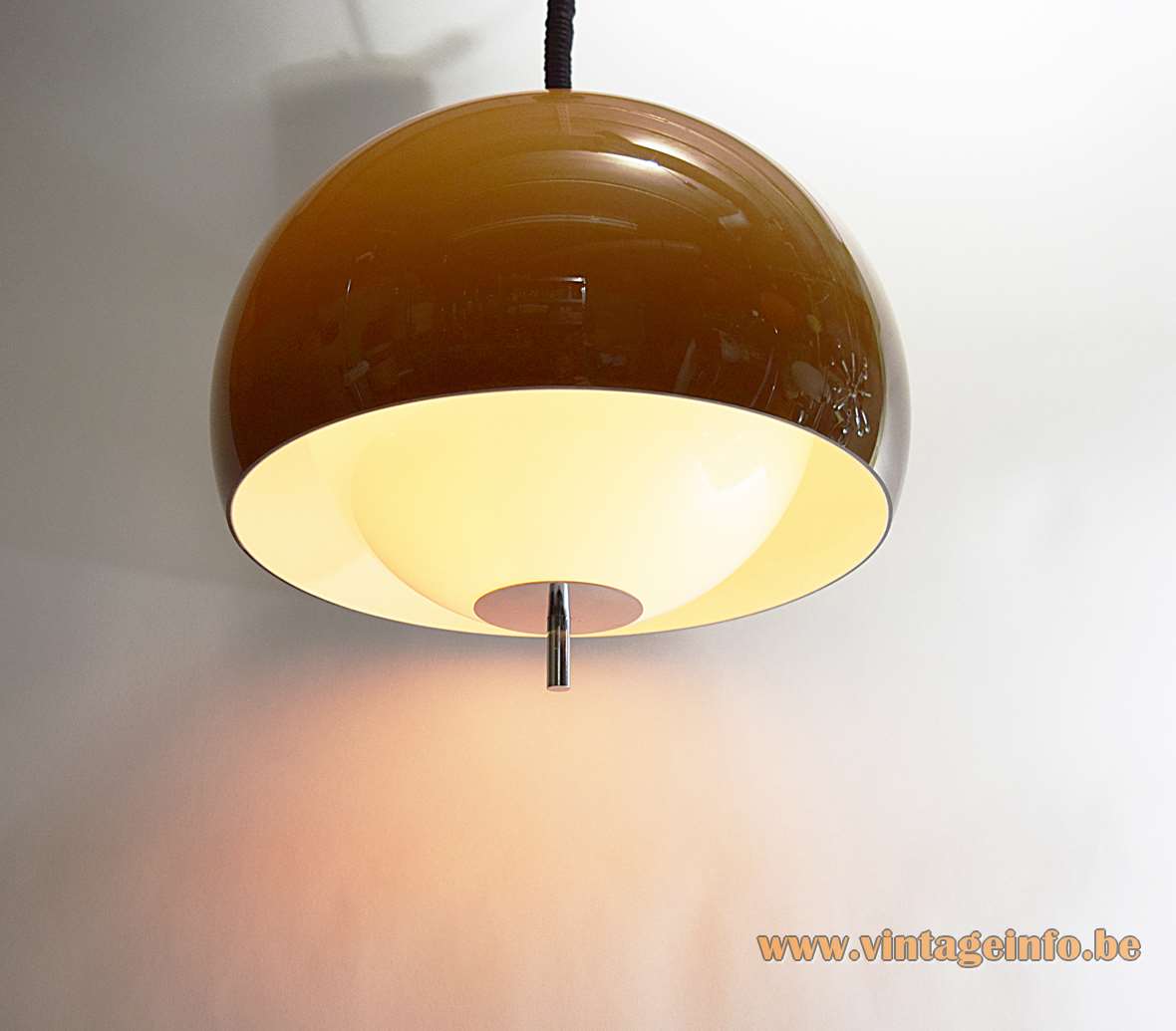 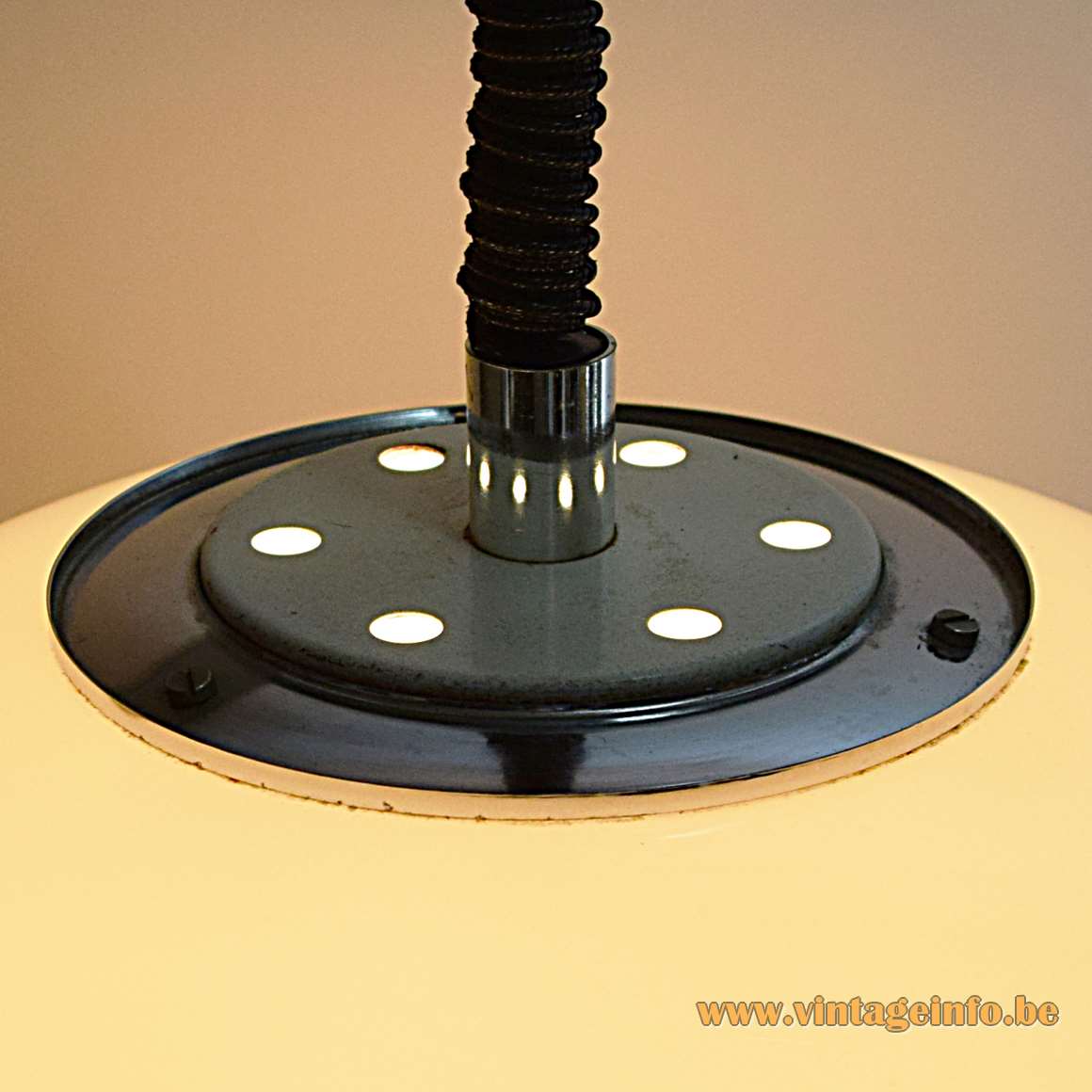 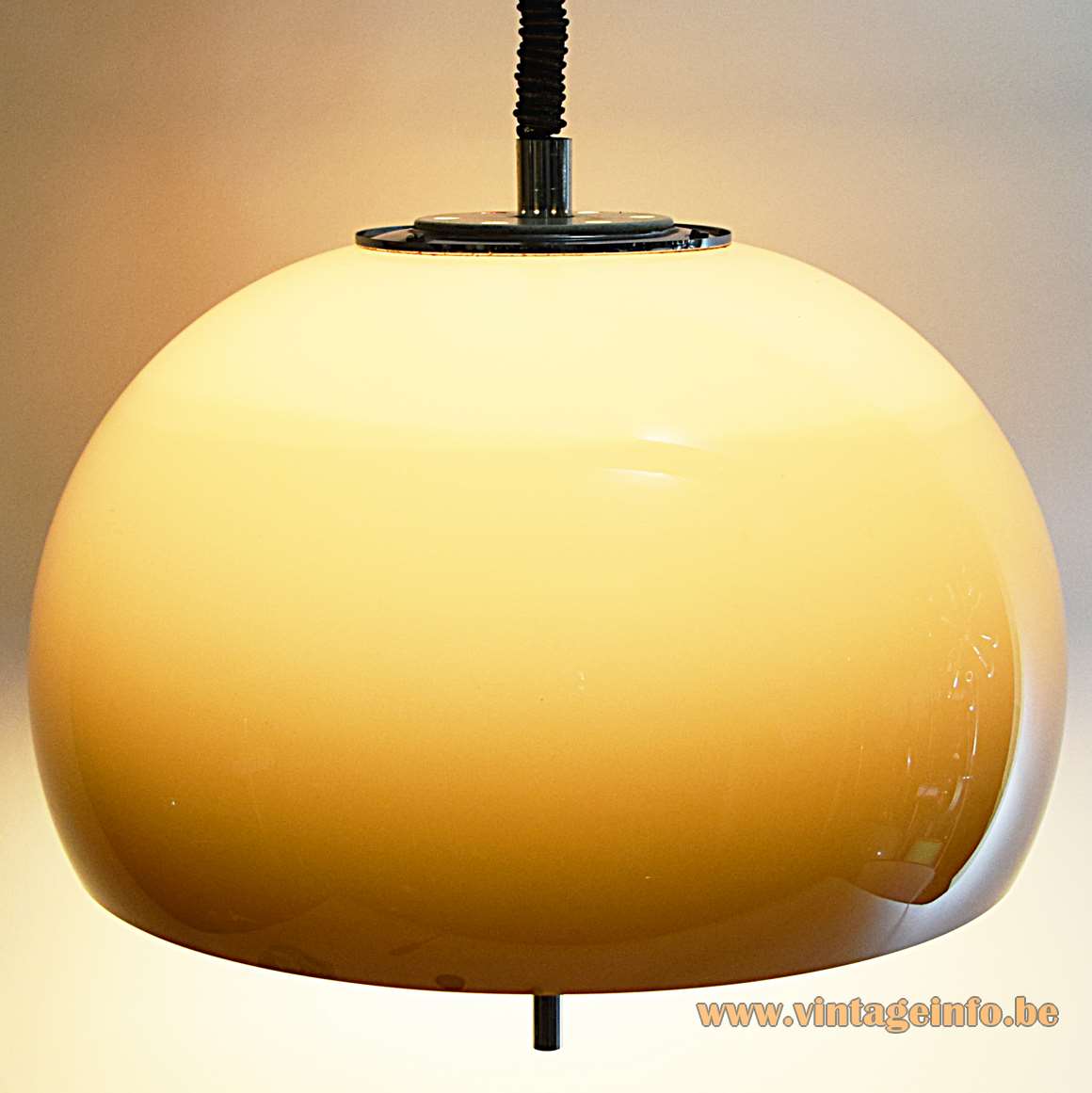 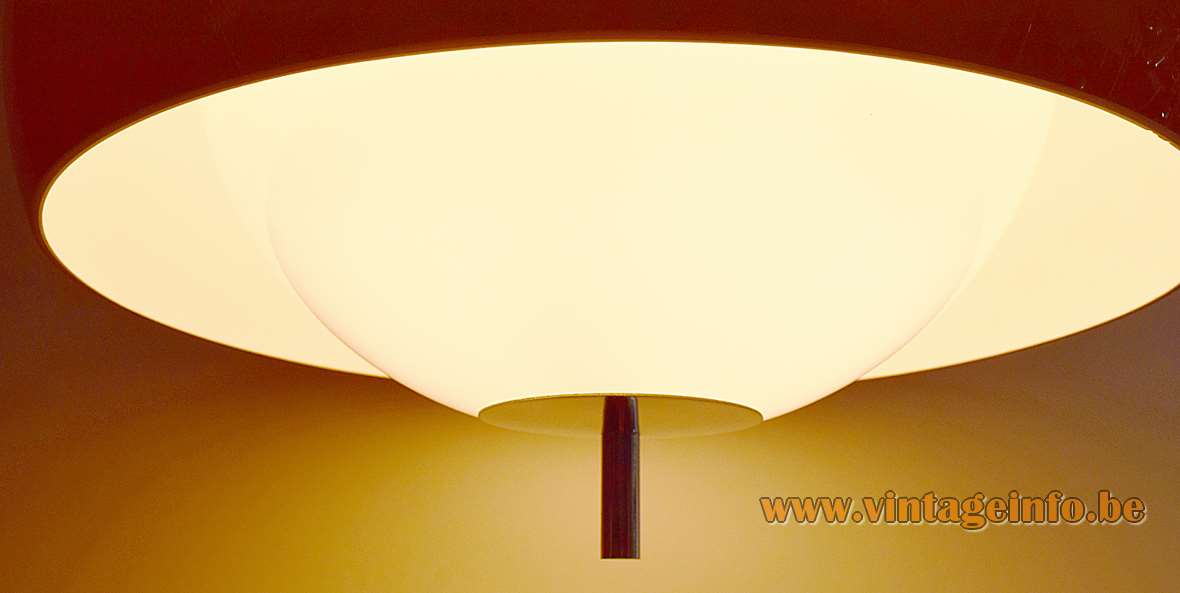 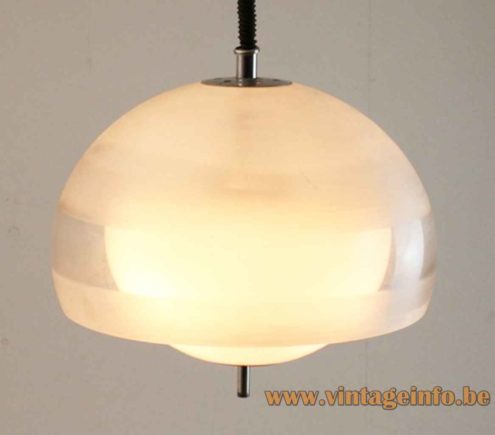 Other versions: This Harvey Guzzini Burgos pendant lamp also exists in a small version, as you can see below. It was made in several colours. The Rolly rise & fall mechanism of this lamp is dated 1973. So this pendant lamp is from that period. Rolly mechanisms without a date are from the late 70s and 80s.

The Burgos lamp was also sold by MEBLO. They named it Marika.

A very similar pendant lamp was sold by the Belgian company Geve in the 70s. It has a clear brushed acrylic lampshade, as you can see. The company no longer sells lamps with there name on it. For the moment it is unclear who made these lamps. It could be Harvey Guzzini, they also made lamps with the same brushed acrylic and similar parts. Today it is a lighting shop in Wilrijk, near Antwerp. The company was founded in 1969.

iGuzzini illuminazione was established in June 1958 by Raimondo Guzzini (born 1928) under the name Harvey. Harvey is derived from the famous movie ‘Harvey’ with James Stuart and the invisible rabbit Harvey from 1950. A bit later Creazioni was added.  The initial production of enamelled copper objects was supplemented by decorative luminaires. 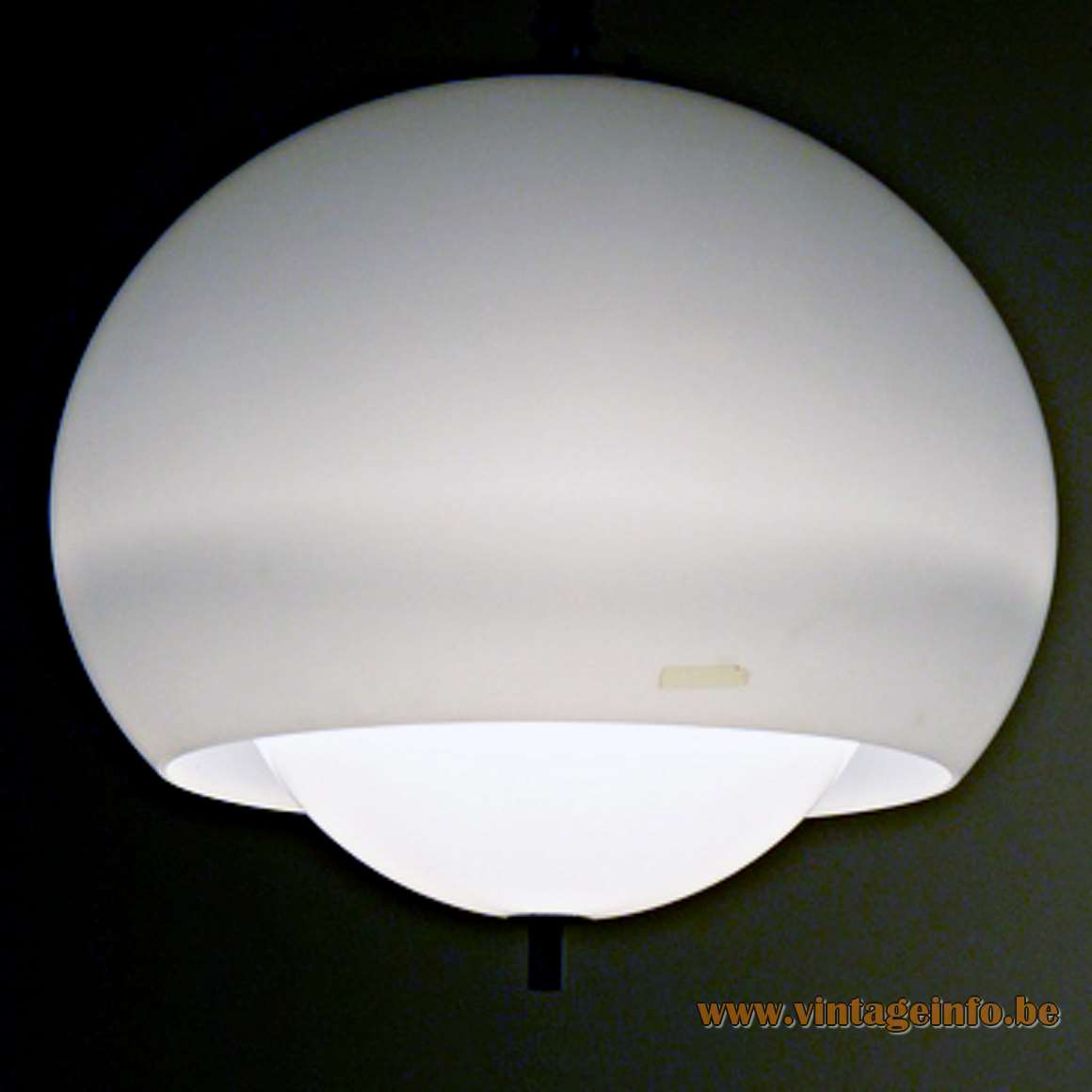 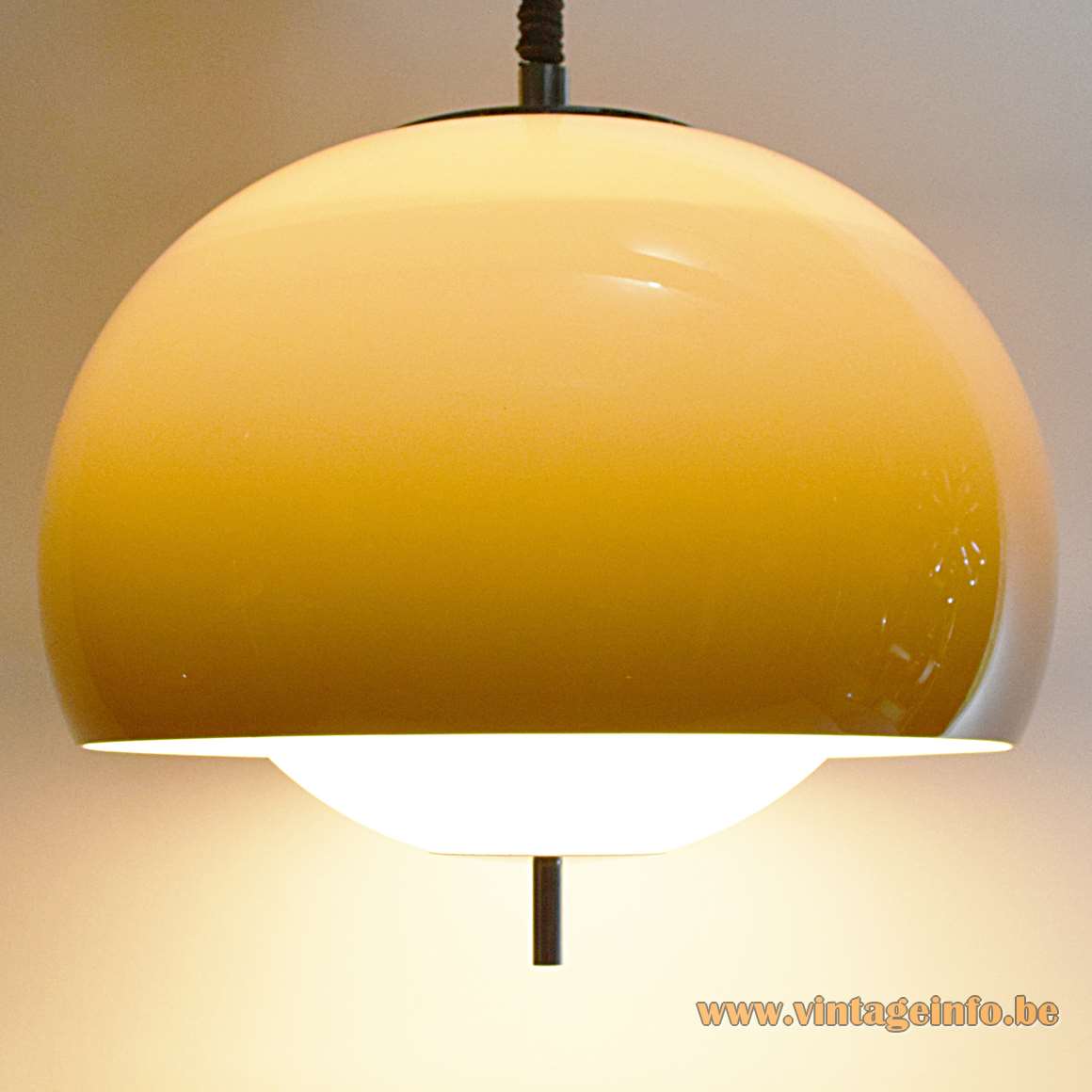