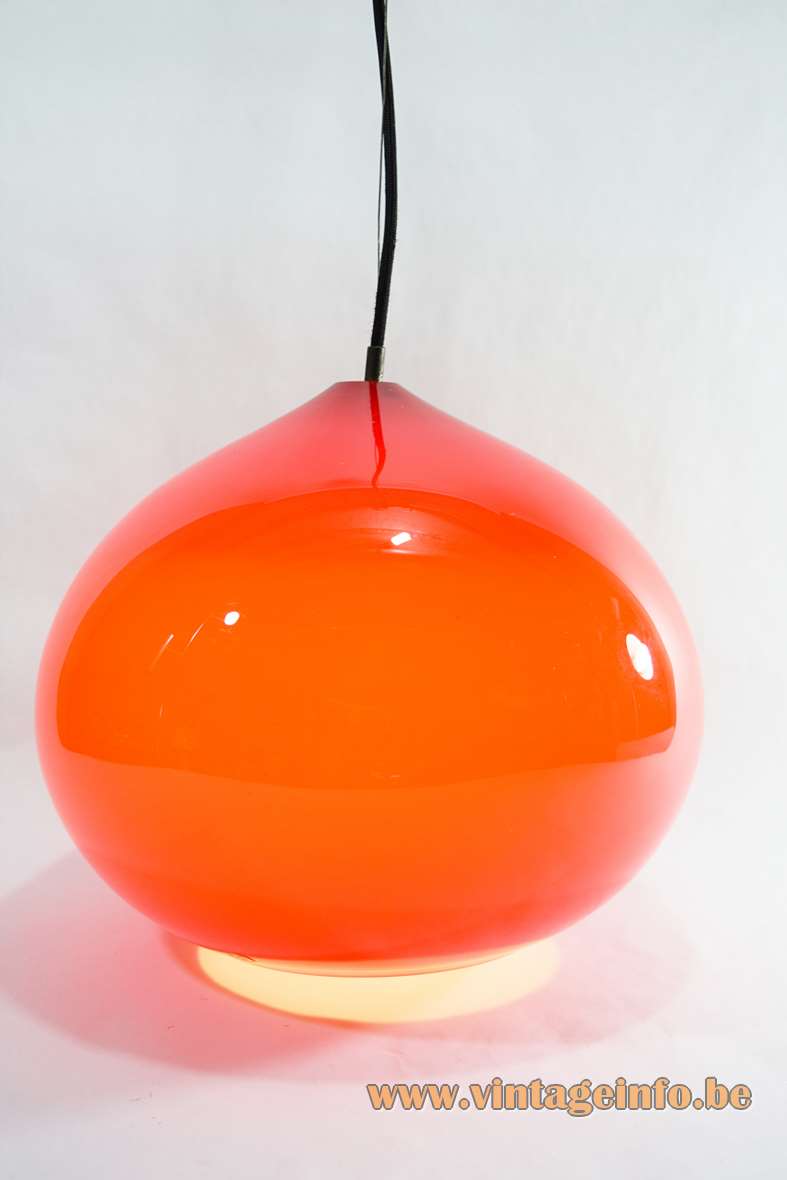 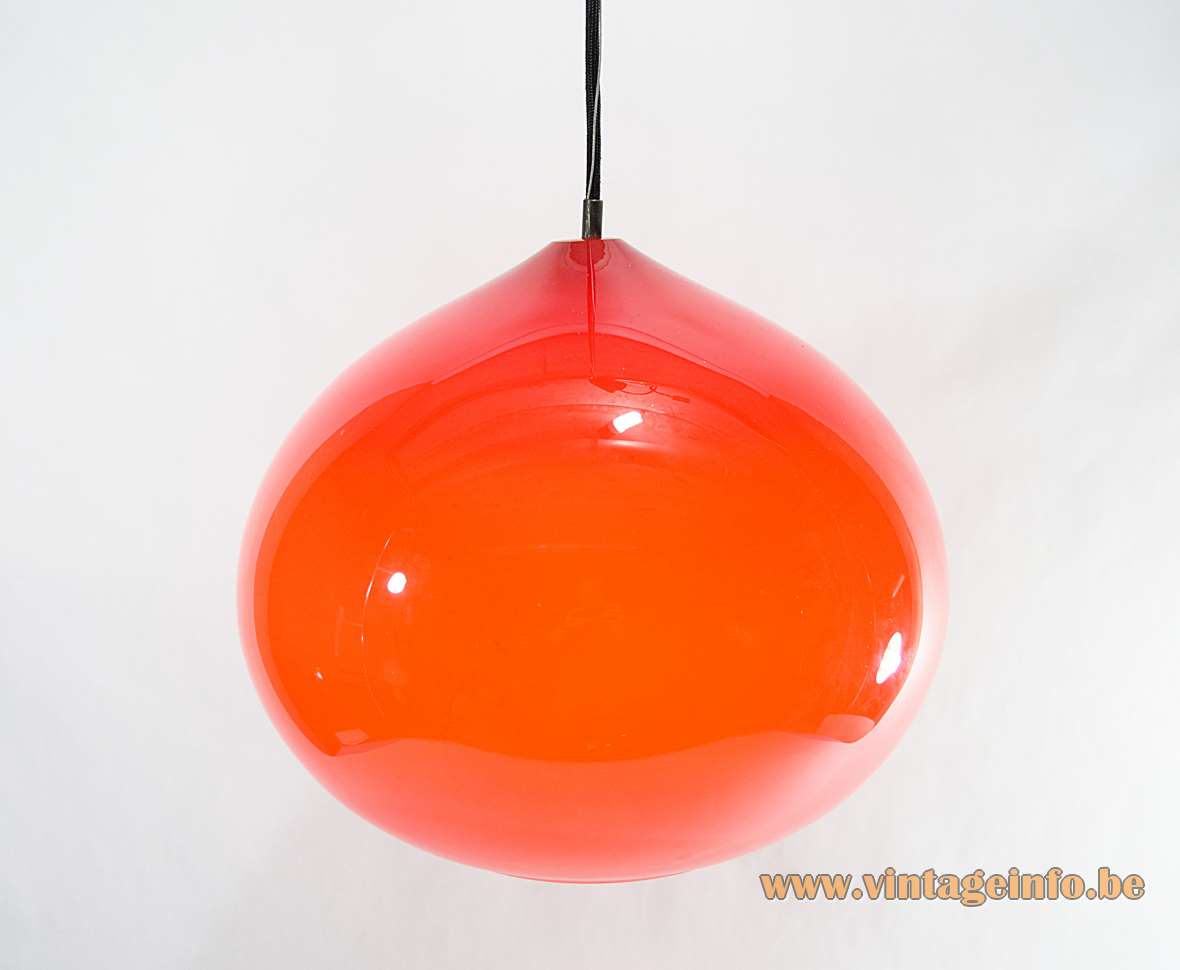 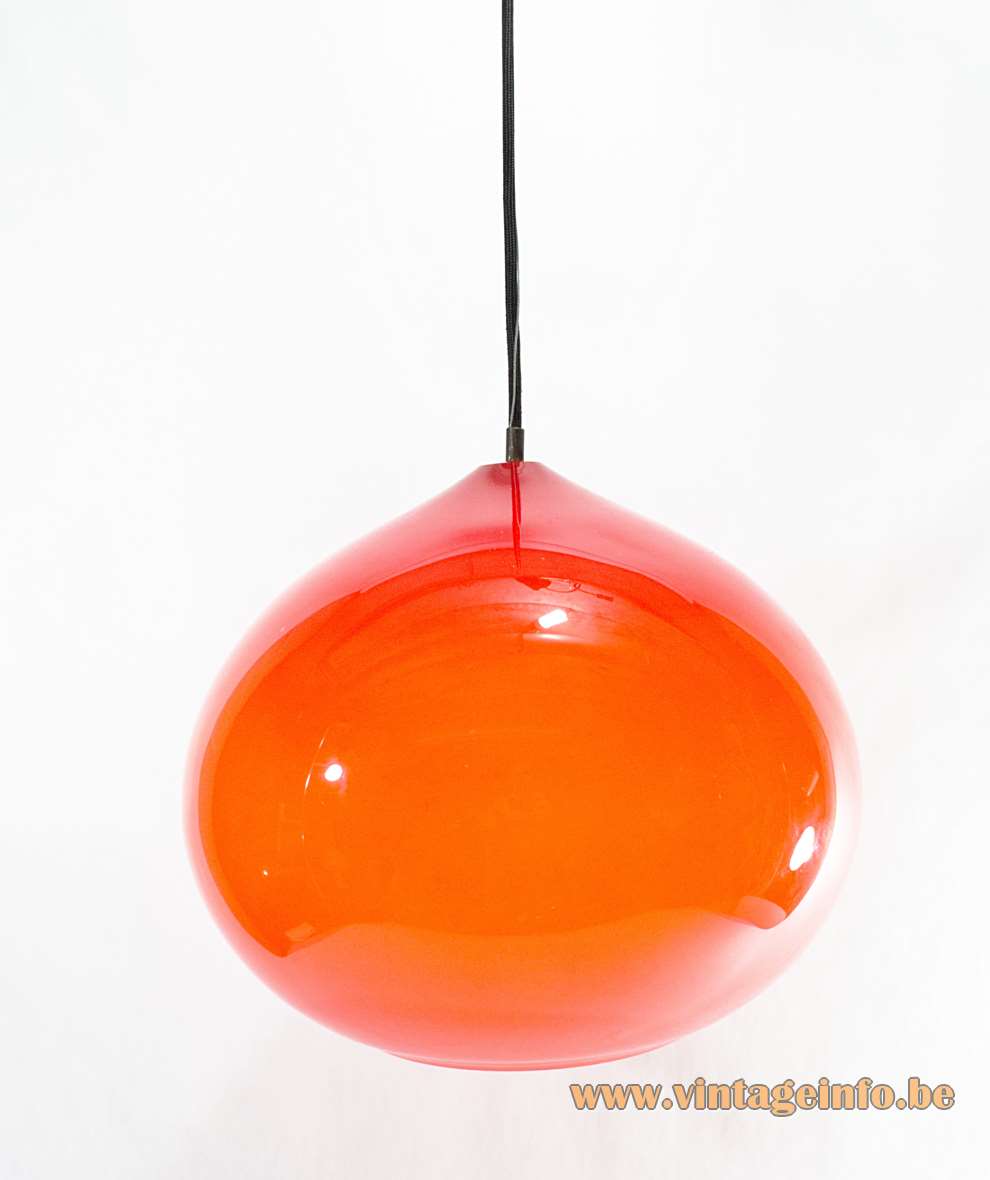 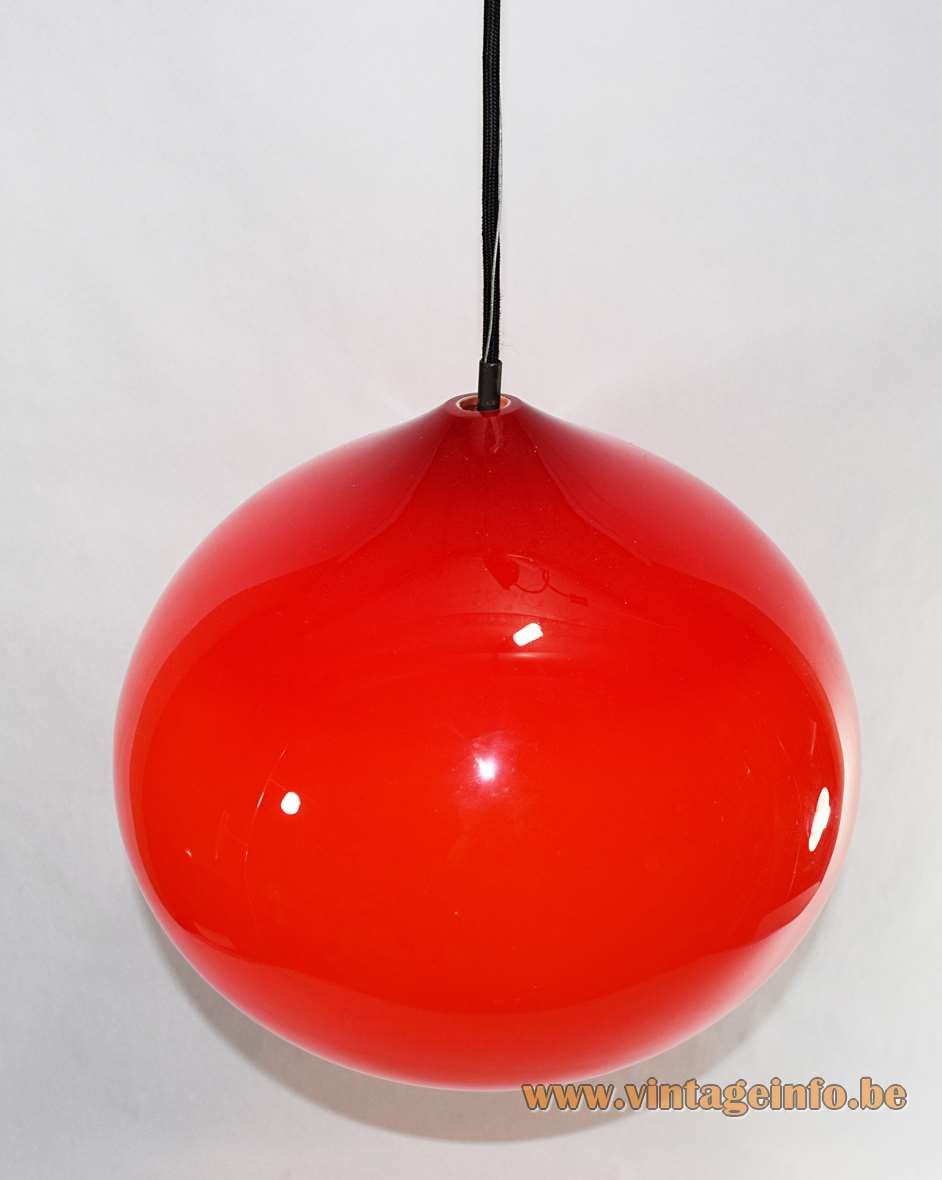 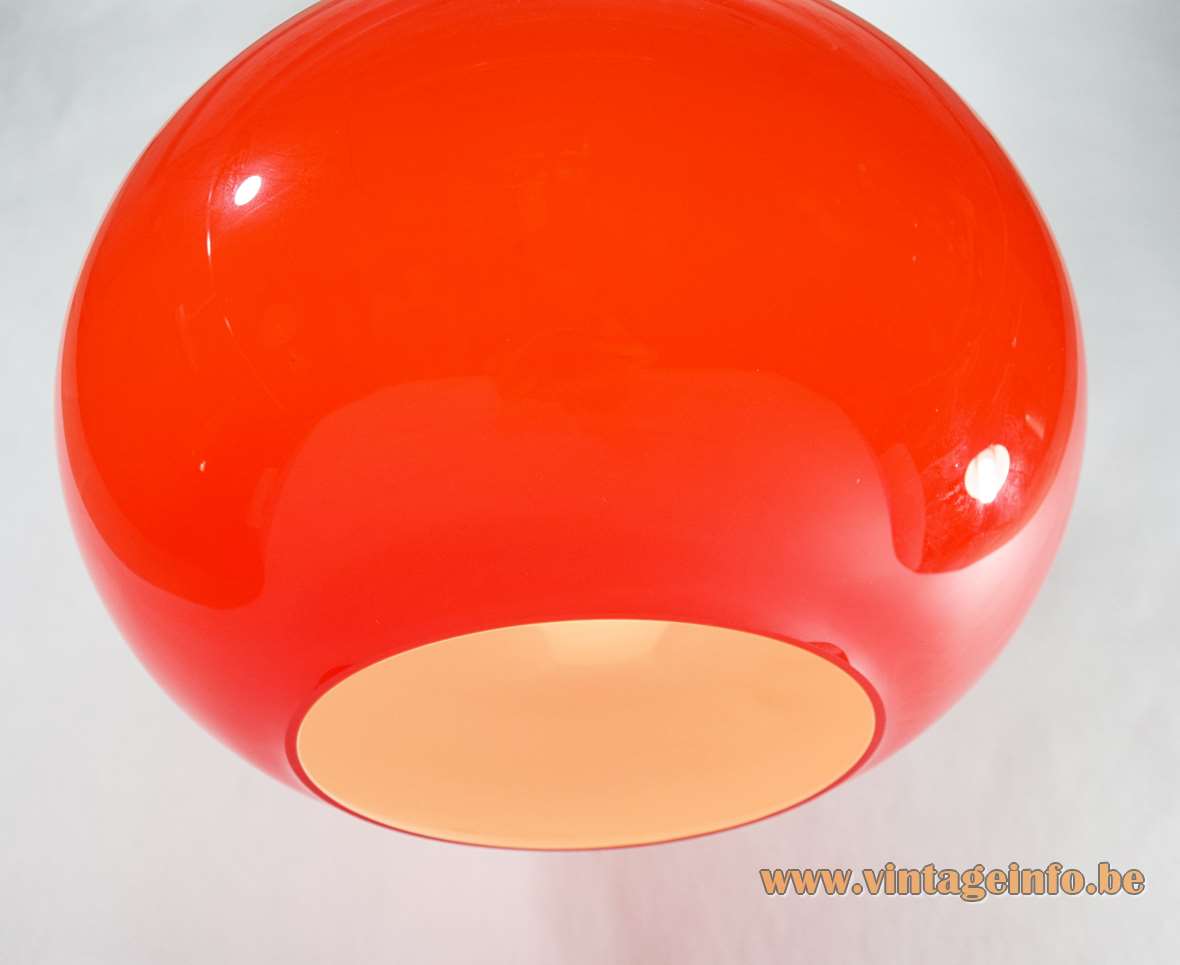 Electricity: 1 bulb E27, 1 x 75 watt maximum, 110/220 volt.
Any type of light bulb can be used. But preferable a white/opaque or frosted one. Bright light bulbs cause streaks on the glass and therefore also on the walls.

Other versions: This Vistosi onion pendant lamp also exists as a table lamp and a floor lamp. It was made in many different sizes and colours.

Alessandro Pianon was born in Venice, Italy in 1931. He studied architecture at the Venice University. In 1956 he worked at Vistosi, designing the company’s logo. In 1962 he opened his own design studio. Pianon died in Venice in 1984.

Alessandro Pianon designed this pendant lamp in 1956, it was made for many years. It was produced for several years. It is characteristic of Alessandro’s design vocabulary: simple, geometric shapes and monochrome colours.

None of these pendant lamps are identical and are all handmade. This lamp is an early production. The 1950s-1960s labels of Vistosi and Murano are present.

In 1989 Giancarlo Moretti, a businessman from Murano with a long experience in the glass sector with Vetrofond and Punto Luce, acquires the prestigious brand, giving birth to Vetreria Vistosi.

The sole survivor of the original founders, Luciano, born 24 February 1930, dedicated himself to research and glass sculpture until his death in Venice on 14 Mai 2010.

More info about the history of the Vistosi company can be found on their website: vistosi.com/company/history

Orange version of this Onion lamp

The 2 smoked glass vases on the right are always attributed to Fulvio Bianconi, but they are not. They are very similar with his design, but they were made by Vistosi, as confirmed by the official Fulvio Bianconi website. The original designed Ih, che bei vases are blue. You can find them on Bianconi’s website. 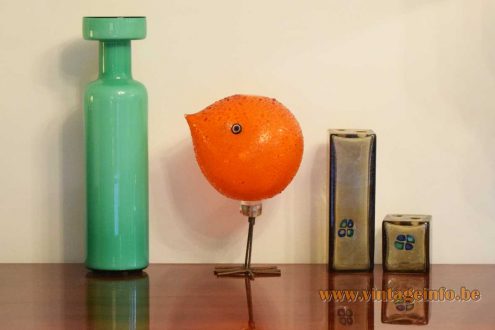