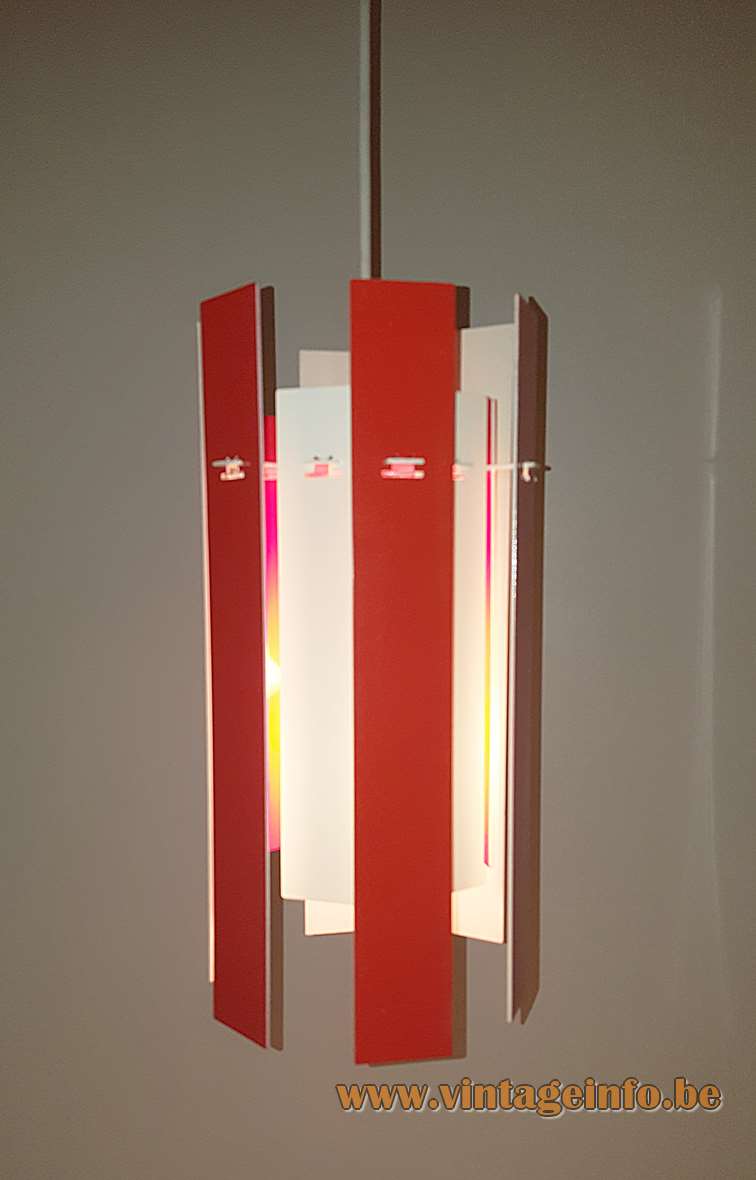 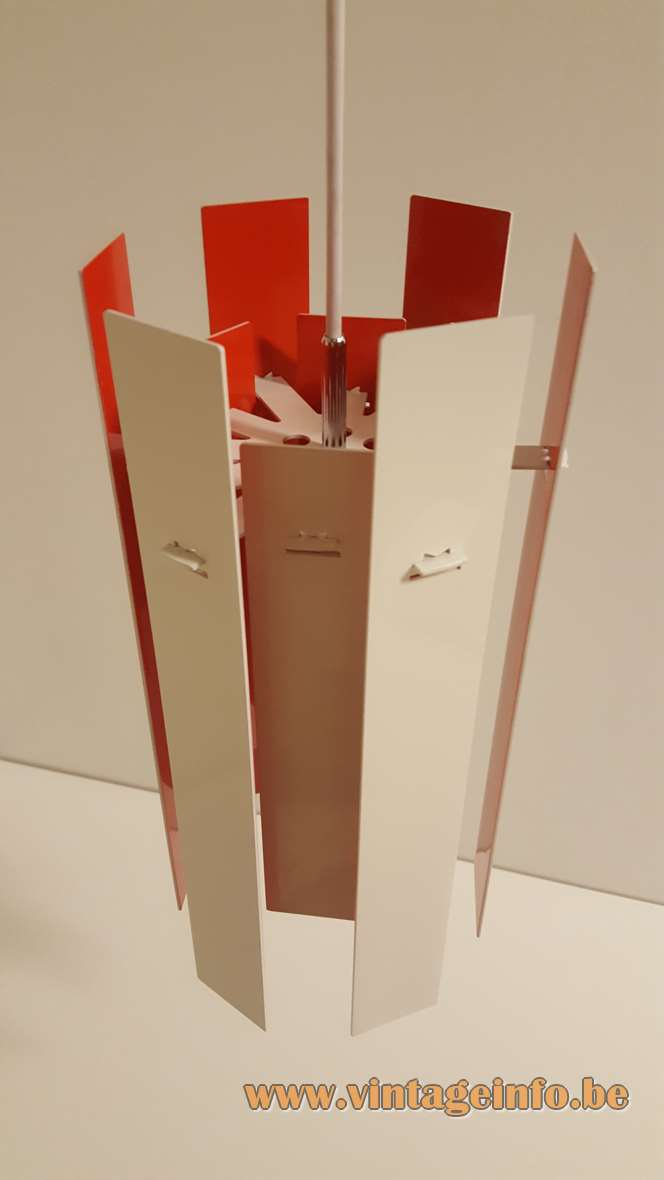 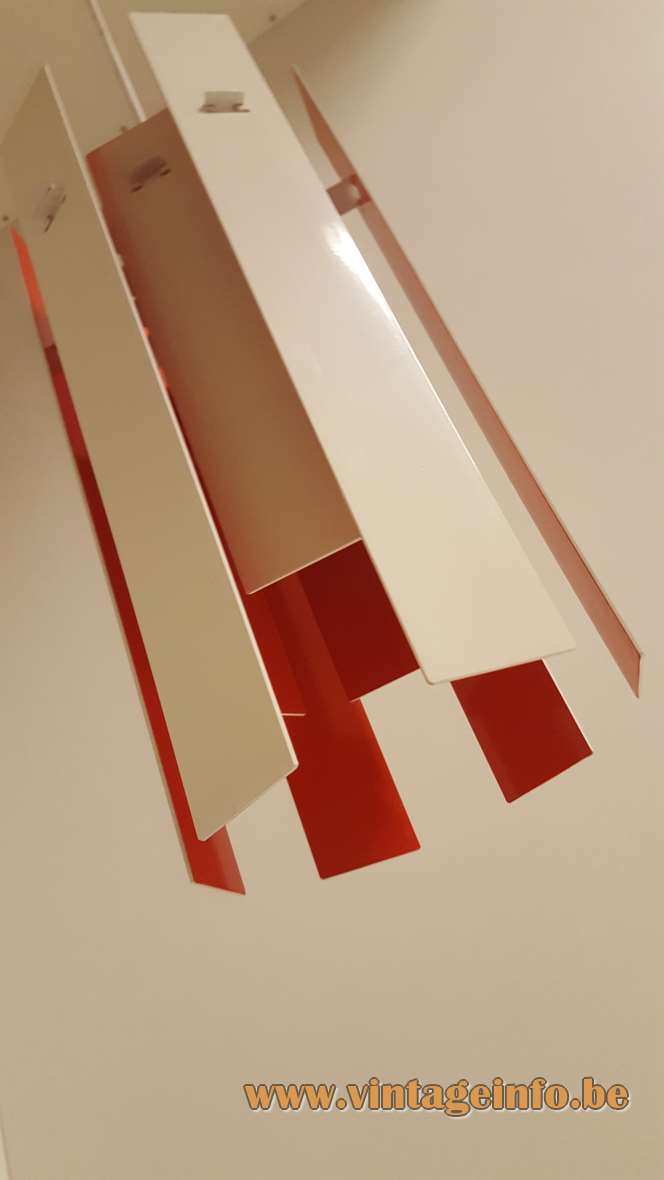 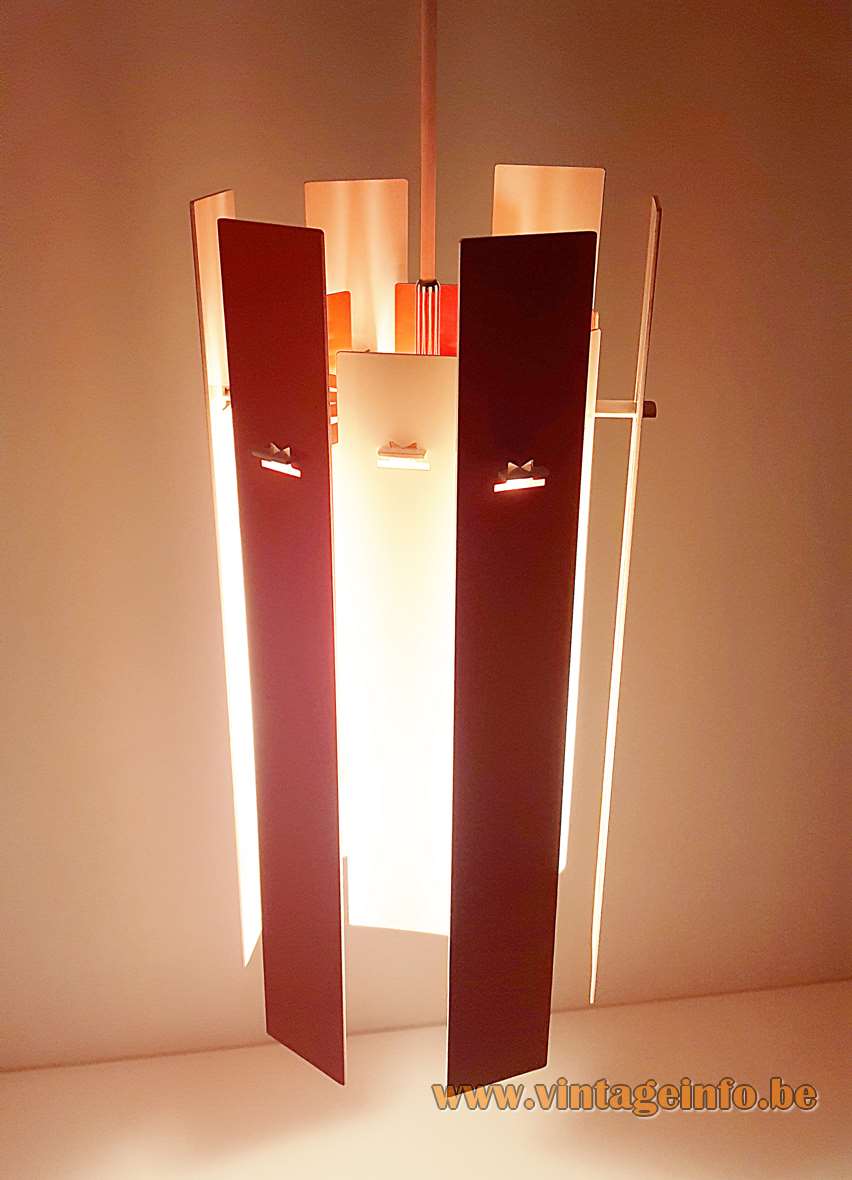 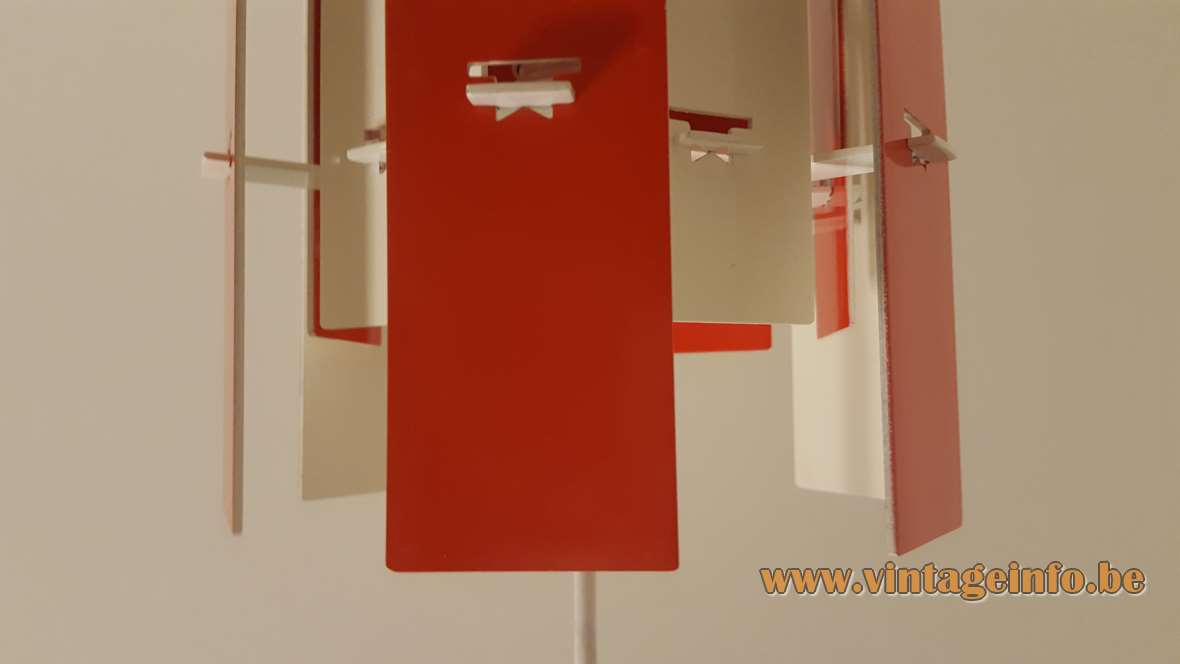 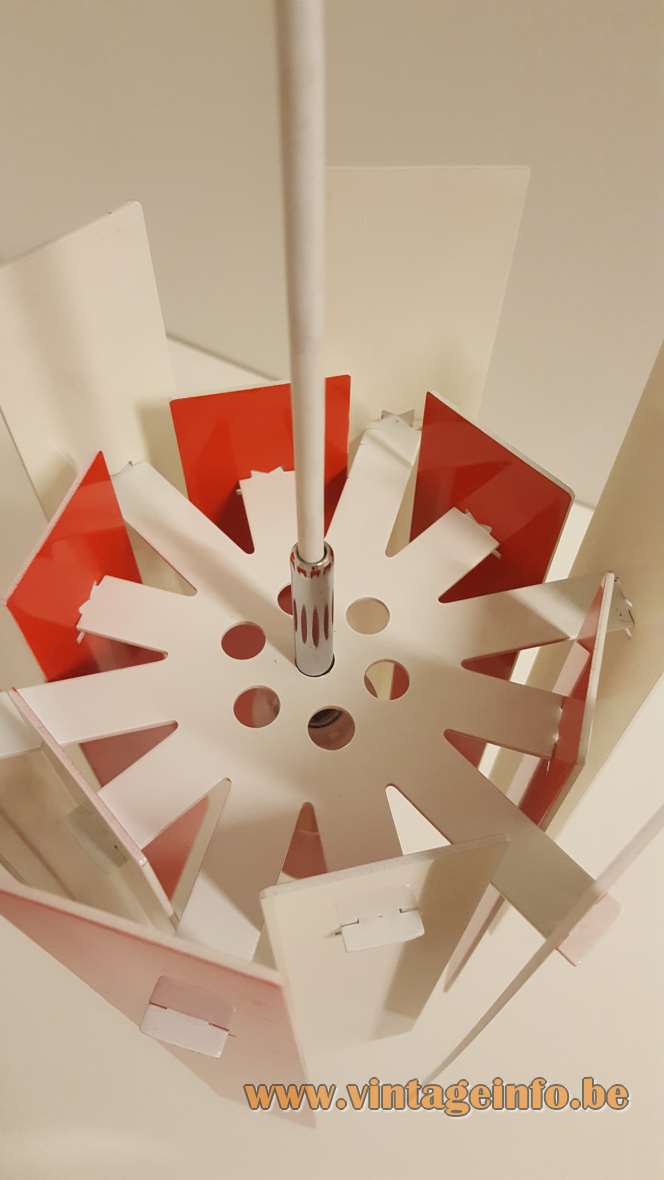 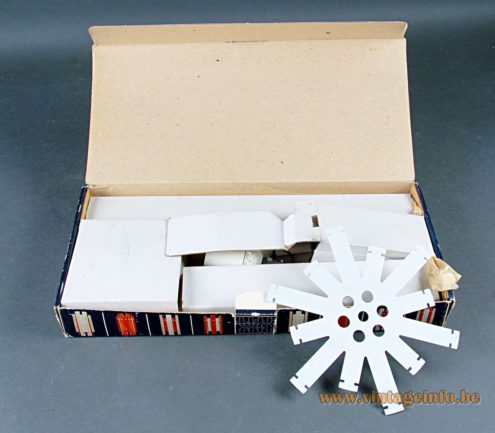 Other versions: This Fog & Mørup Cocktail pendant lamp was made to build it yourself. The red and white painted metal parts can be placed wherever you want. Long strips outside or inside, red on the outside; white on the outside. All easy changeable in a few minutes. The lamp was sold in a small box and had to be assembled by the buyer, as you can see on this page.

Henning Rehhof is an artist and designer, originated from the 1950s cabinet maker scene from Denmark. Rehhof is best known for his unique turned, wooden bowls. In 1971 he created this lamp, first in wood with some pine strips for a Christmas present. Sometime later the Cocktail lamp was born.

Lyskaer-Lyfa produced lights until 1991, when it was incorporated into Horn Belysning A/S of Aalstrup, which was itself taken over in 2005 by Nordlux of Ålborgand at a large extent dismantled. 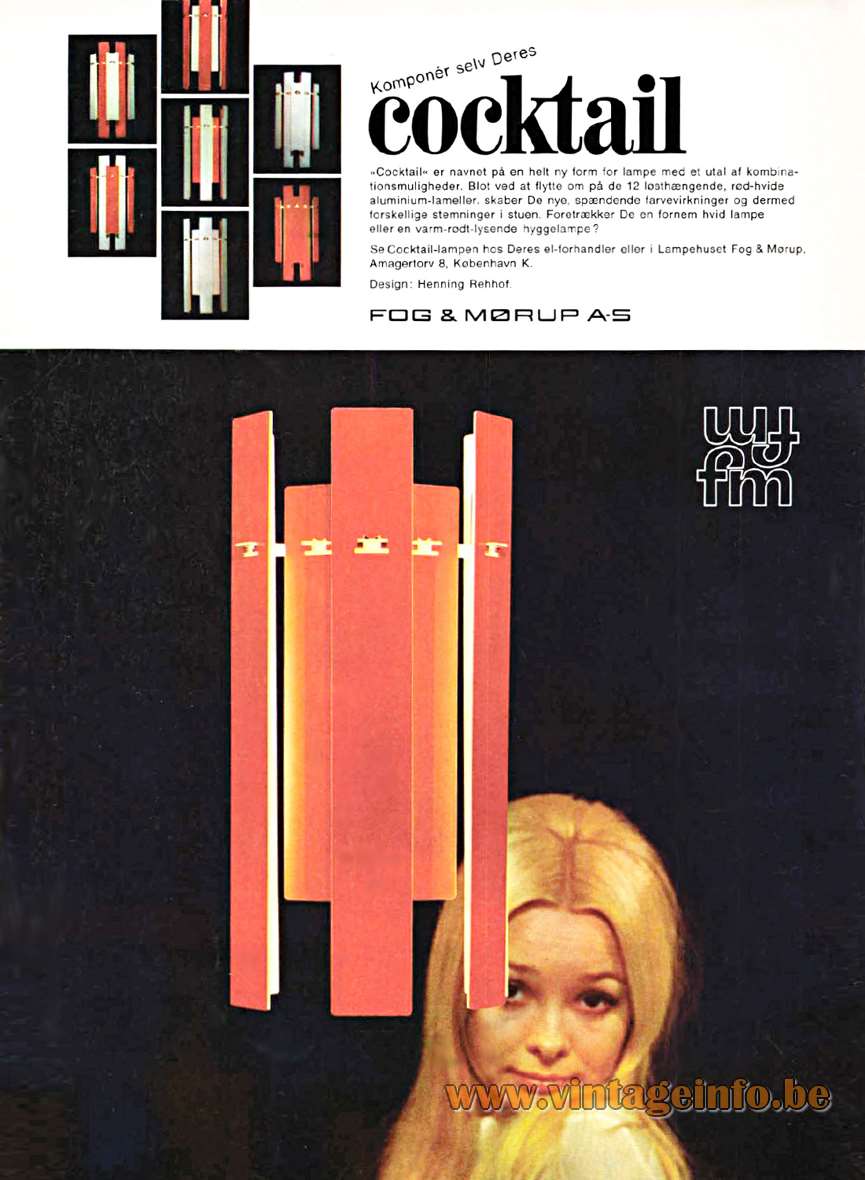