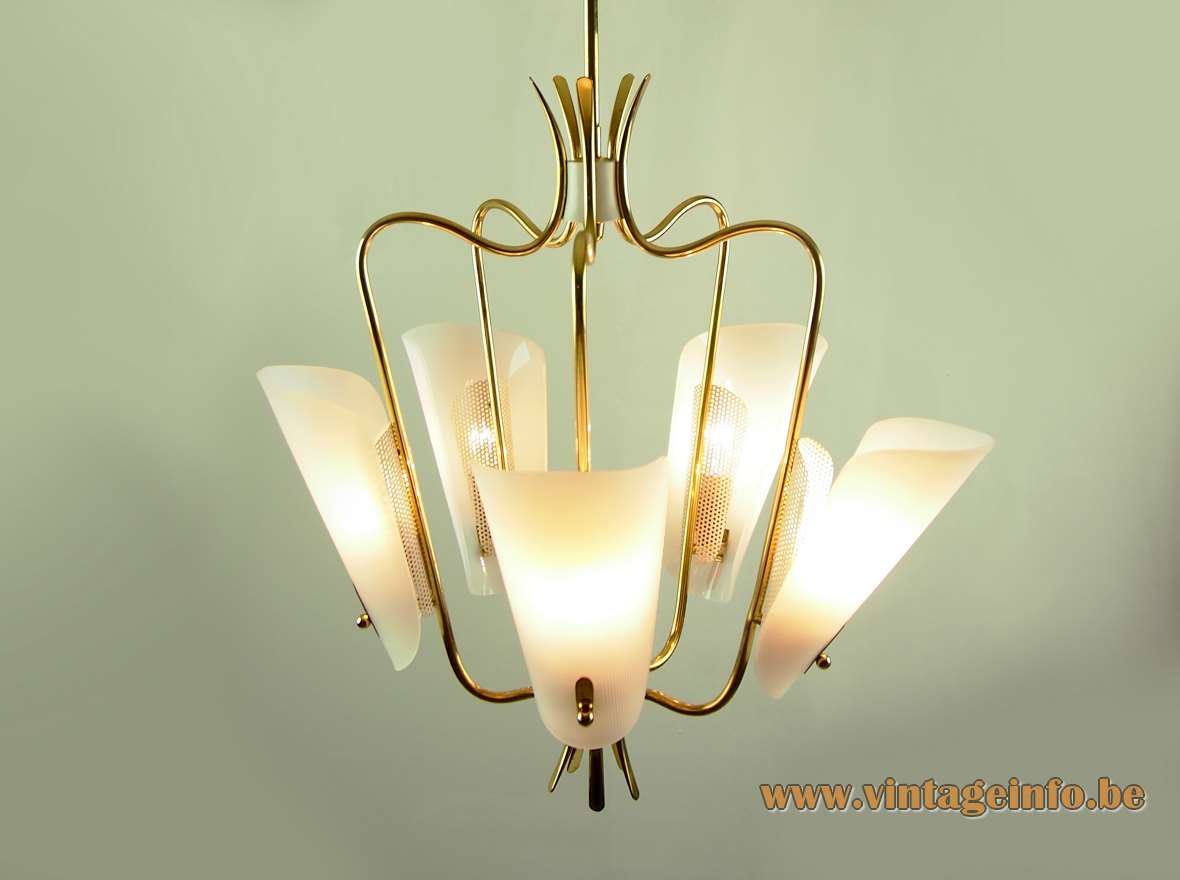 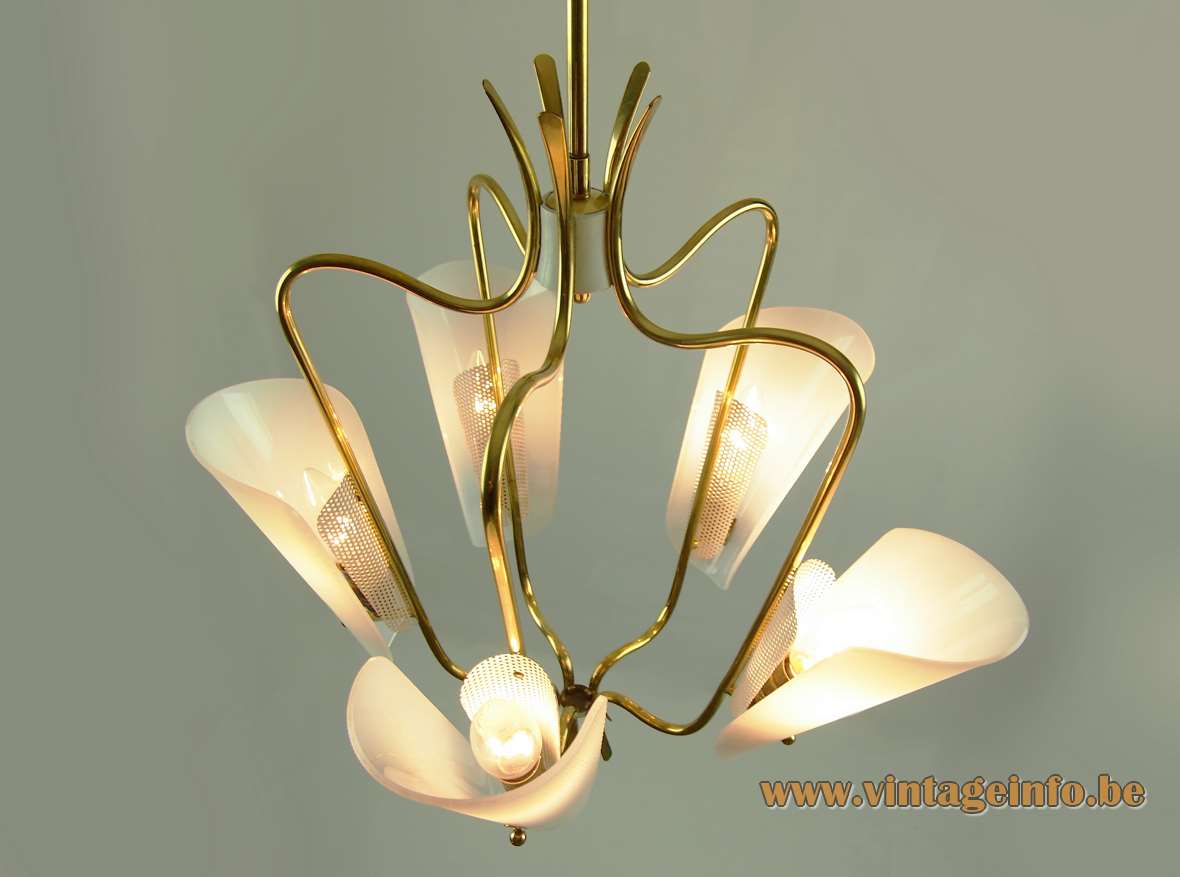 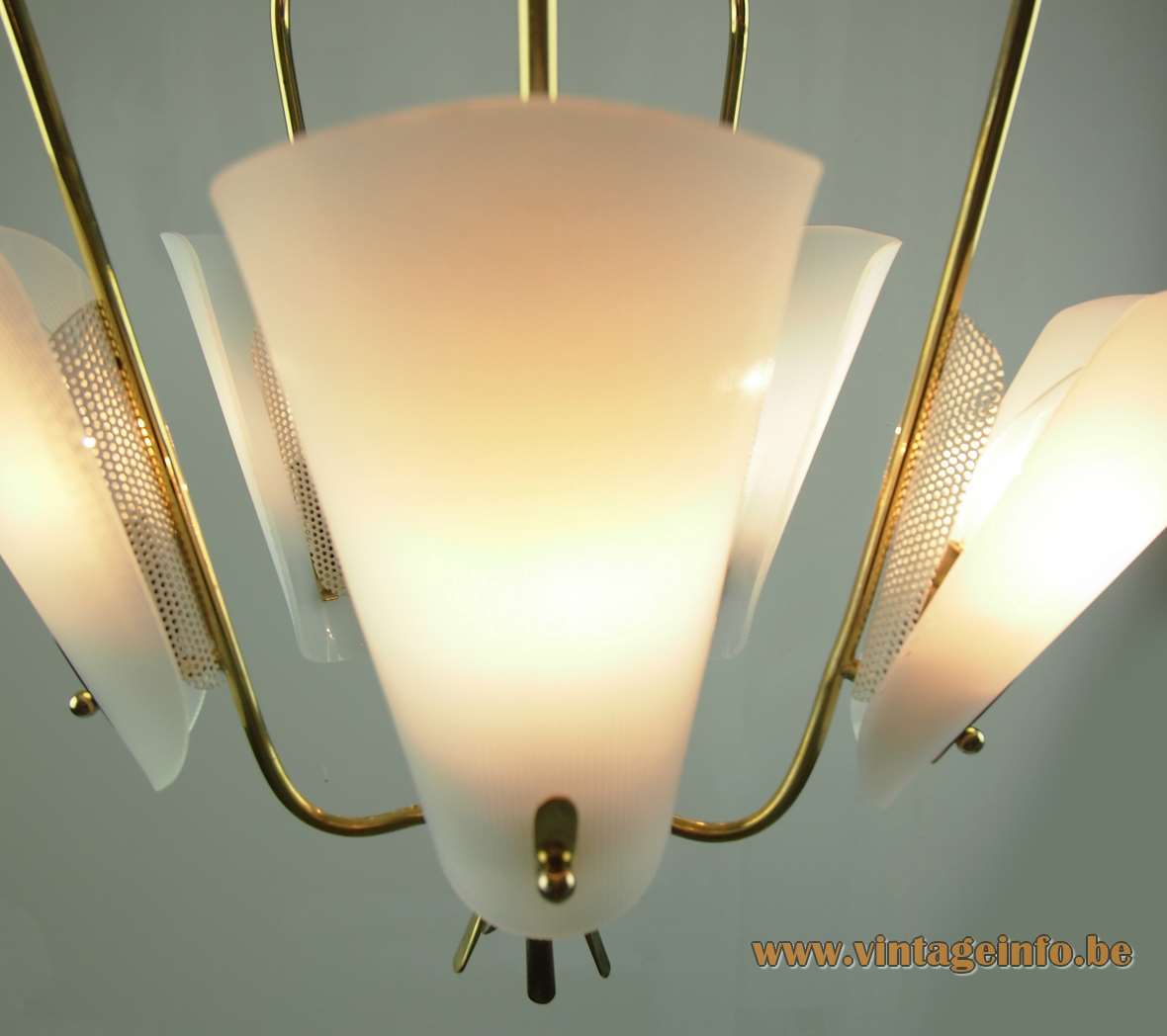 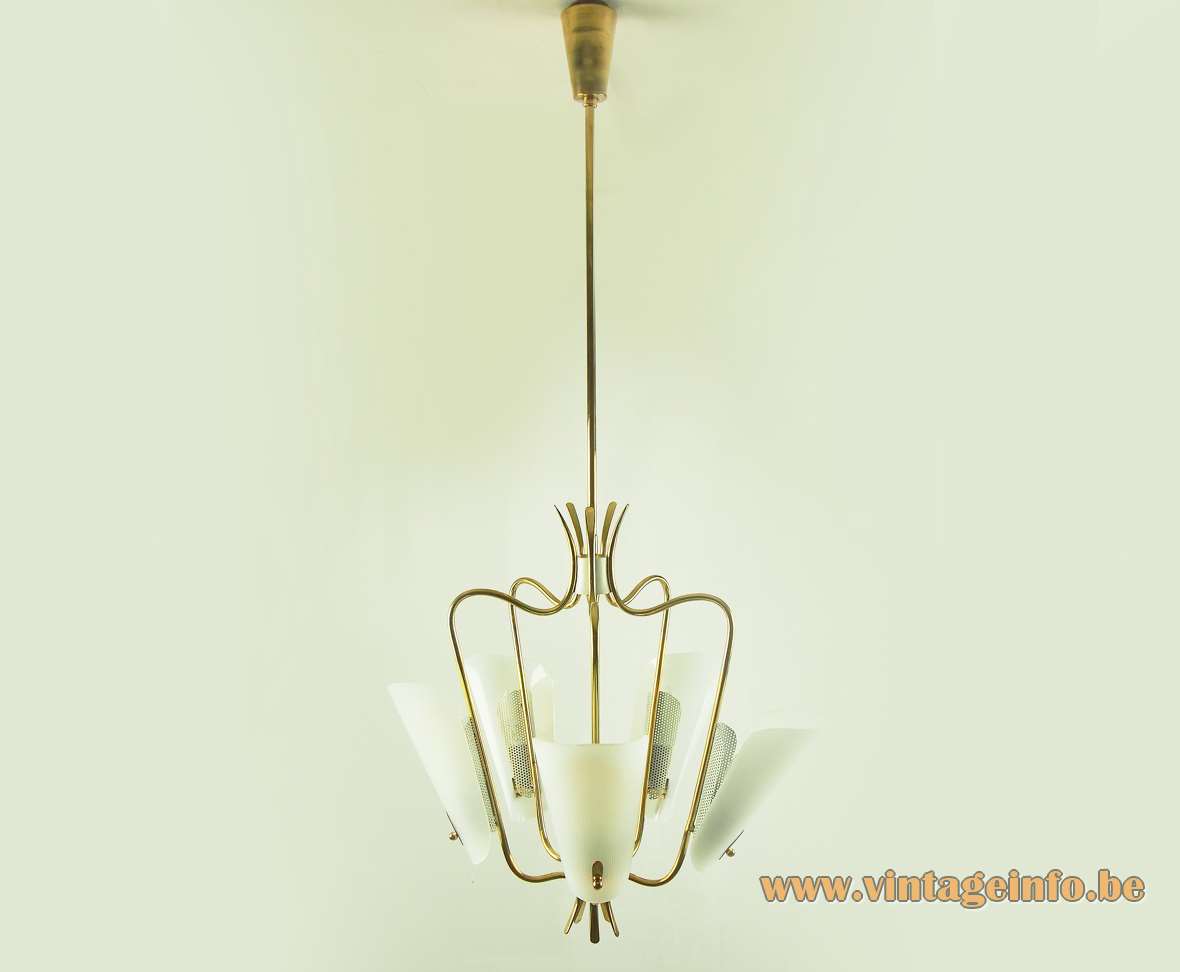 Manufacturer:  To be appraised.

Other versions: In all probability this brass & acrylic perforated 1950s chandelier was made with more or less lights and made as a wall lamp. Almost similar lamps exists as a floor lamp.

Perforated lamps are reminiscent of French designer Mathieu Matégot, but it is due to the success of the Mategot lamps that just about every lamp manufacturer made comparable lamps, or was certainly influenced. This chandelier is probably made by a German or Austrian company. The quality of the finish is in any case reminiscent of lamps made by Gebrüder Cosack or Rupert Nikoll, to name a few.

The first comprehensive monograph on Mathieu Matégot, emblematic designer of the second half of the 20th century Mathieu Matégot was a leading French designer of the 1950s. This artist of Hungarian origin was highly productive over a period of some twenty years. He experimented with materials, form and colour both in his furniture designs and in the art of tapestry making, which he practised into the 1980s.

Mathieu Mategot invented his own artistic language, whose key elements were rigitulle, a type of perforated sheet metal, which he patented and which, by means of a system of folds, enabled him to shape his perforated metal in space, as well as férotin, a balanced blending of metal and rattan.

He commercialised his furniture abroad through his own company, notably in the UK and the Netherlands. In the 1950s regularly participated in the major trade shows, such as the Salon des Arts Ménagers (domestic arts trade fair) and the Salon des artistes décorateurs (Interior decorators trade fair). He designed many significant public and private commissions: part of the Drugstore des Champs-Élysées, the layout of the airport of Tit-Mellil in Casablanca. He designed many tapestries for Air France. Also for the French consulate in New York, and so on.

This book provides a detailed overview of his entire career, thanks to a number of documents from the period. Especially those made available in his family archives. It helps to better understand the inspiration for his creations and most importantly to rediscover a rich and varied body of work.

Book about Mathieu Mategot for sale at Bol.com