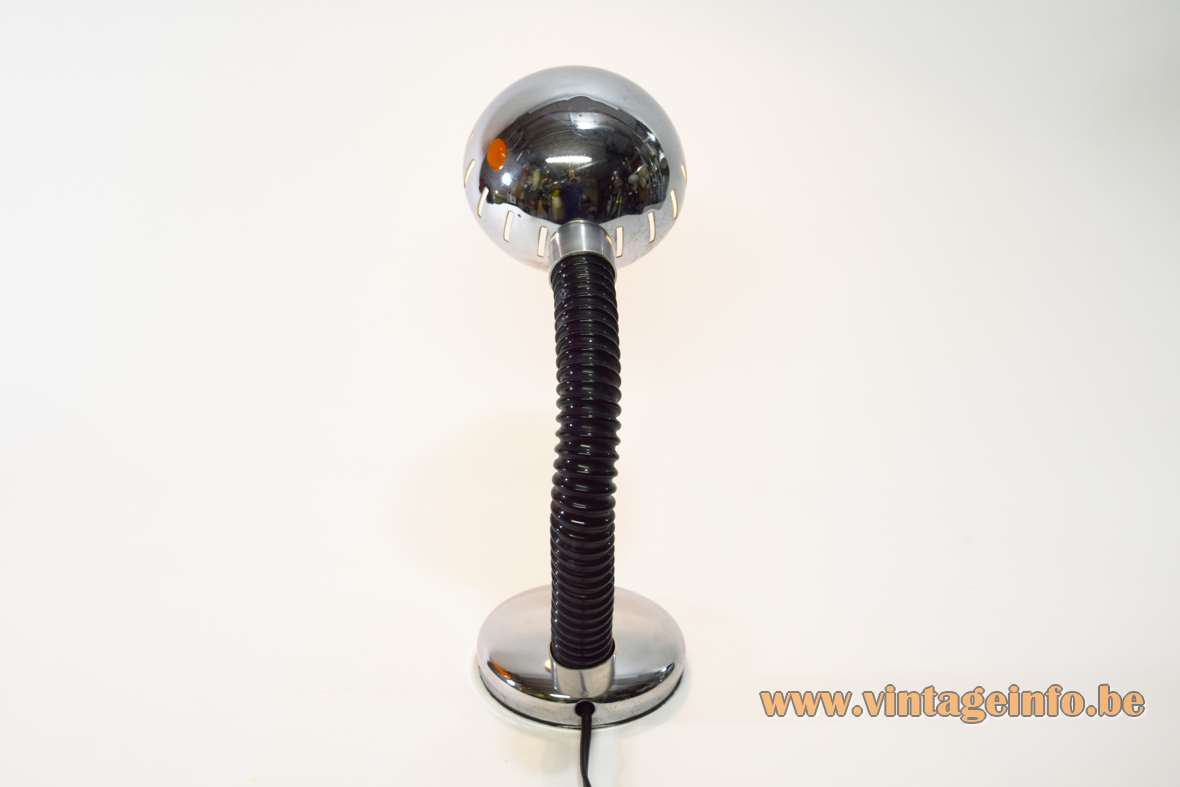 Other versions: The design of the globe lampshade of this chrome gooseneck desk lamp was used for many other lamps, big and small.

Often attributed to Targetti Sankey, but it is only made in the style of the Elbow desk lamp.

All the electric parts of this lamp are made by the Italian VLM Components  company in the early 1970s. VLM Components is located in Buccinasco, near Milan. The company is famous for the switches they produced that are designed by Achille Castigilioni in 1968. The switch of this desk lamp is model 450.