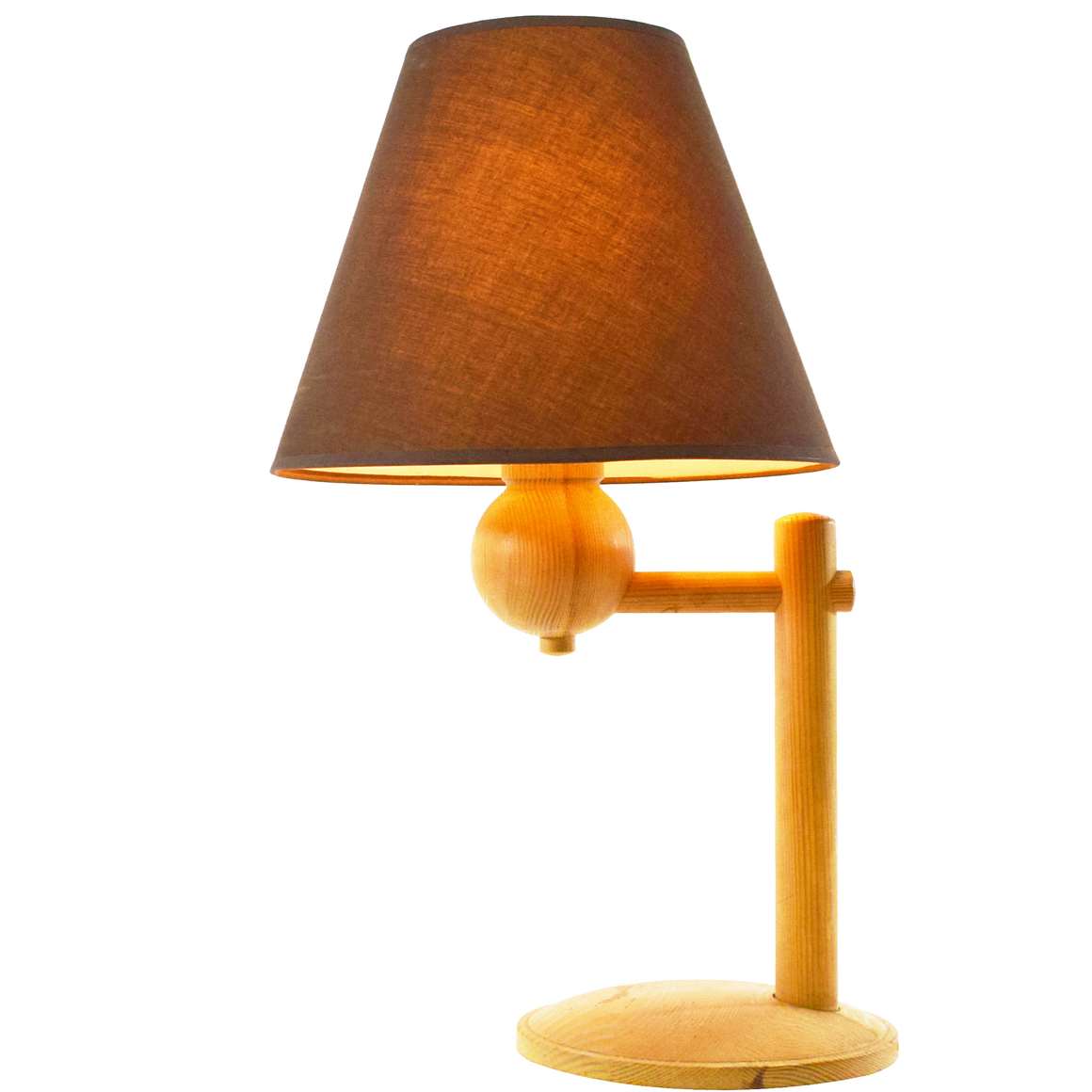 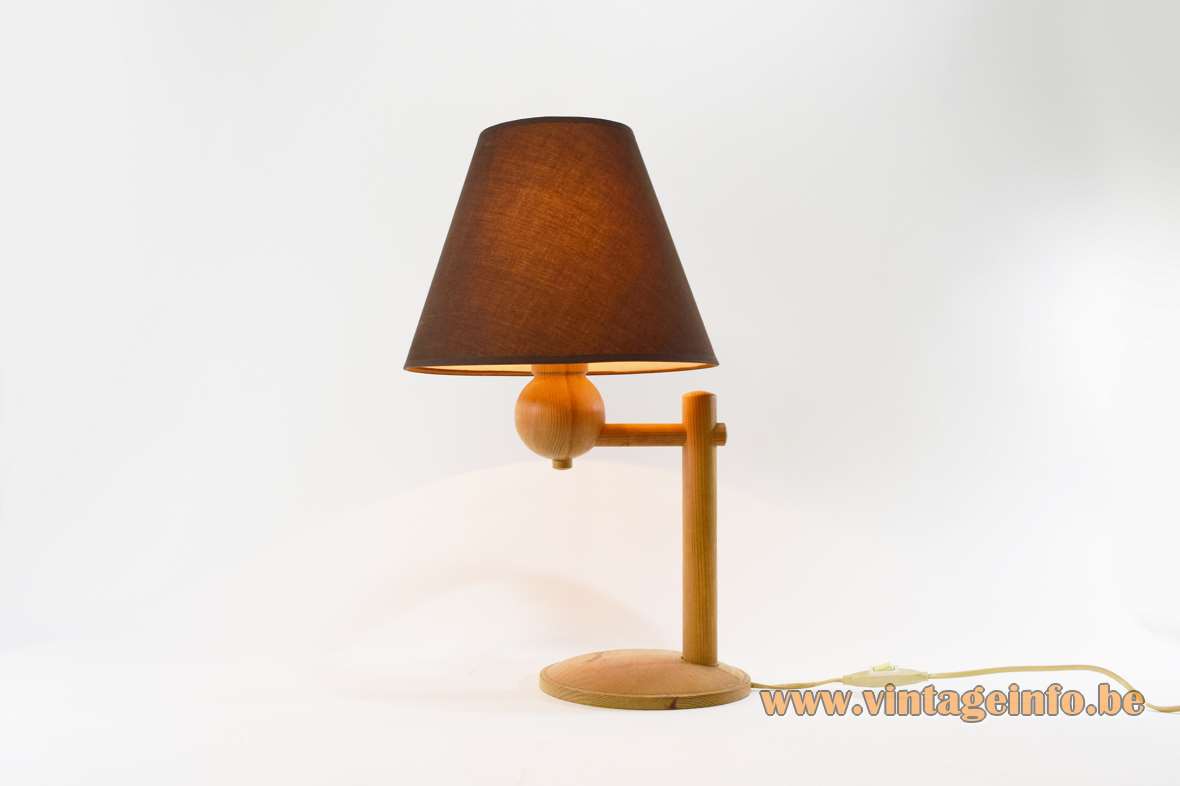 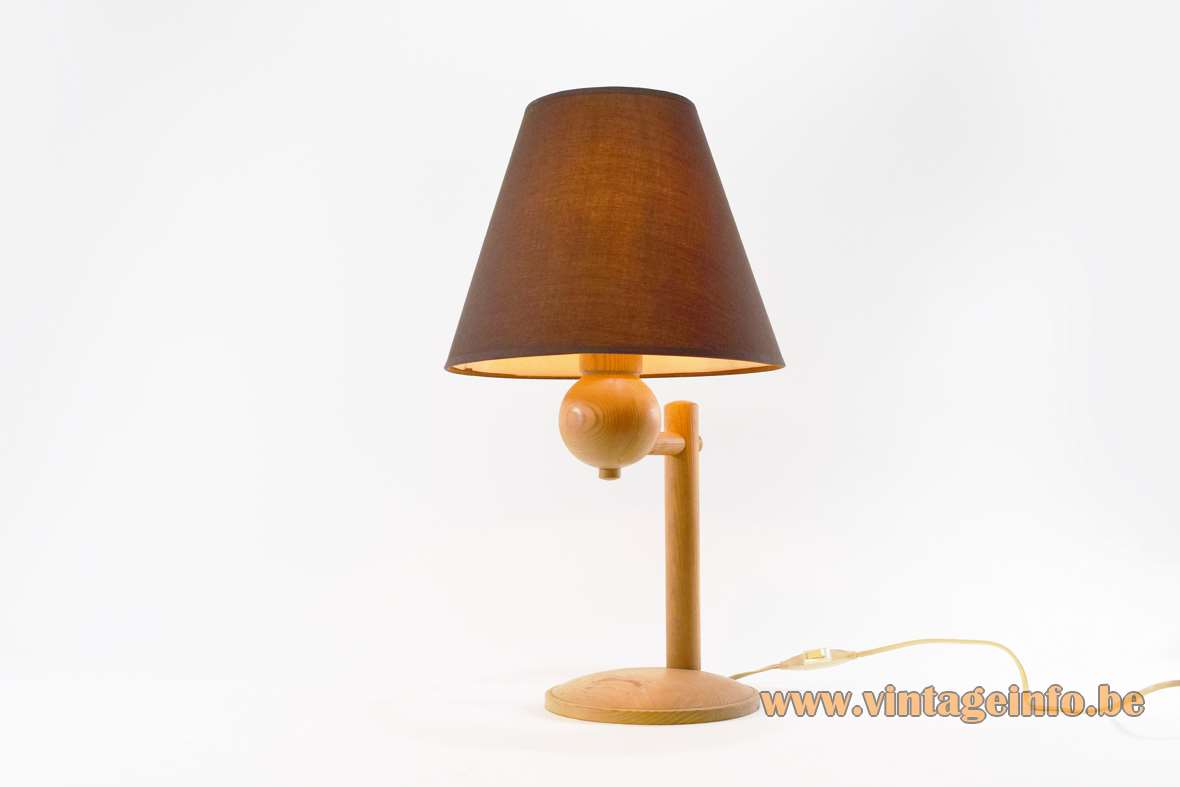 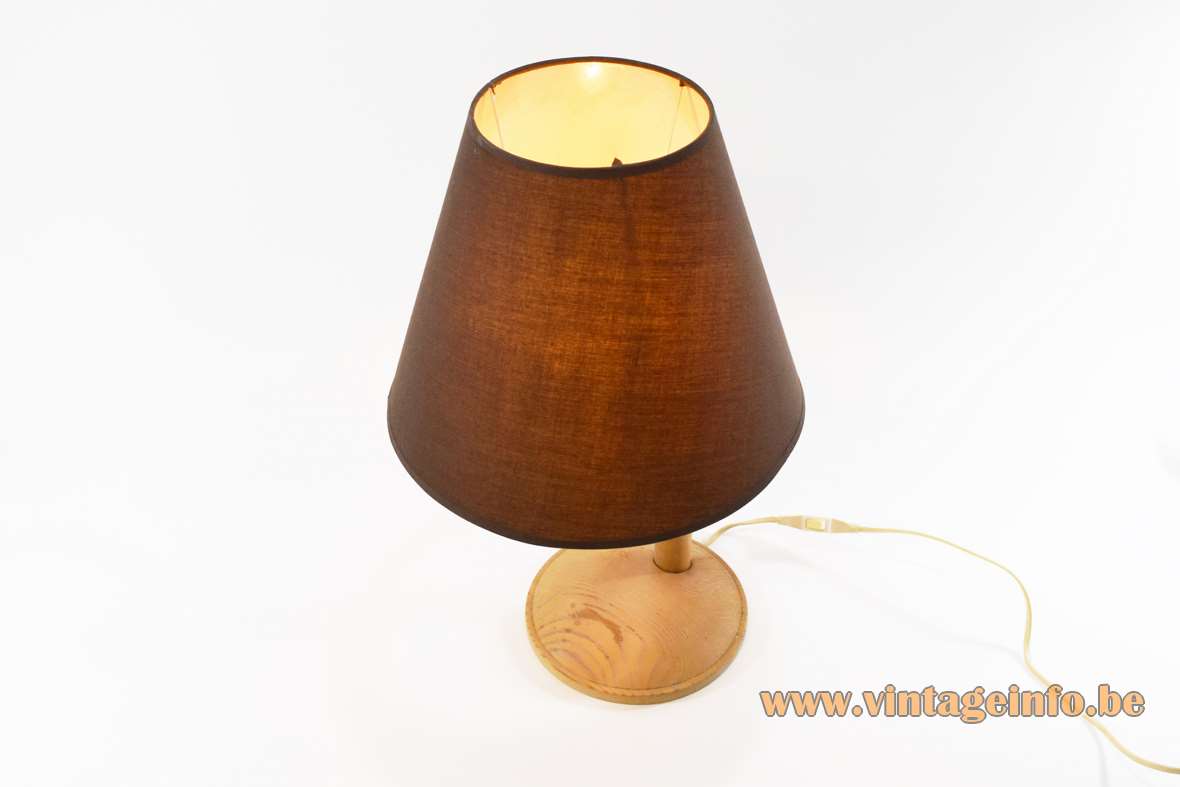 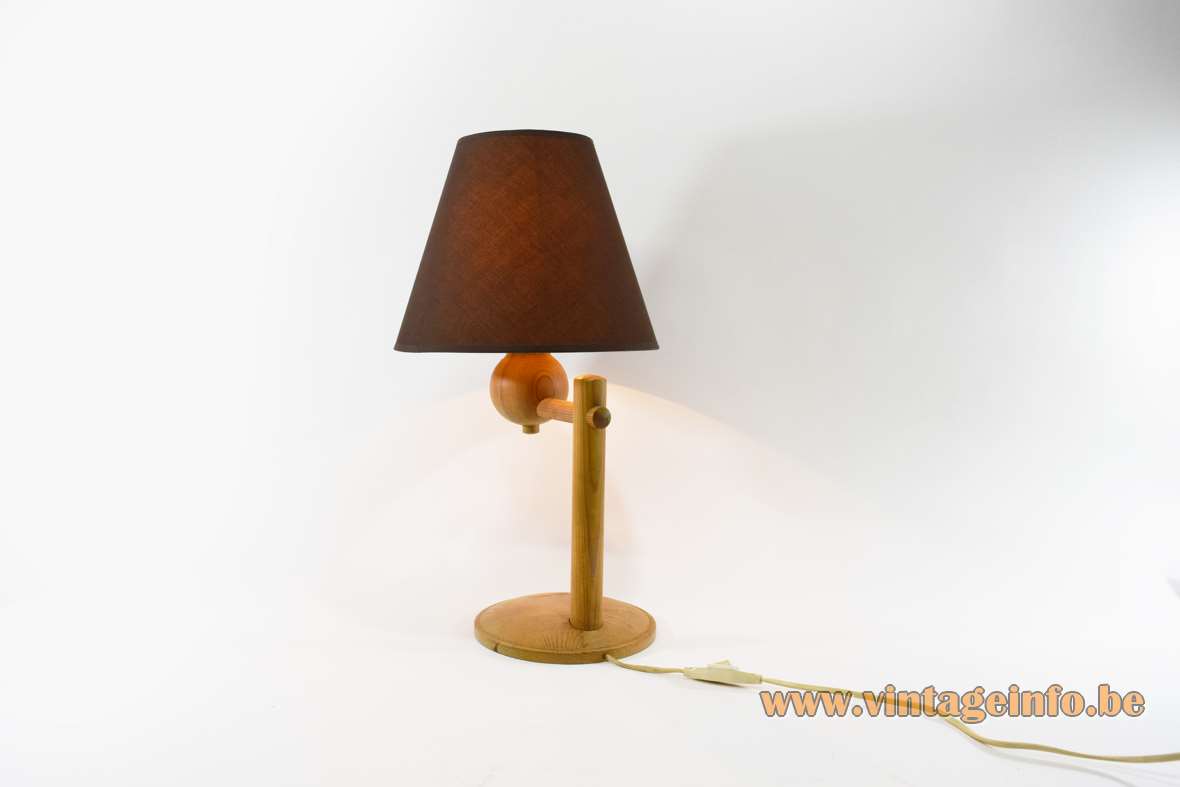 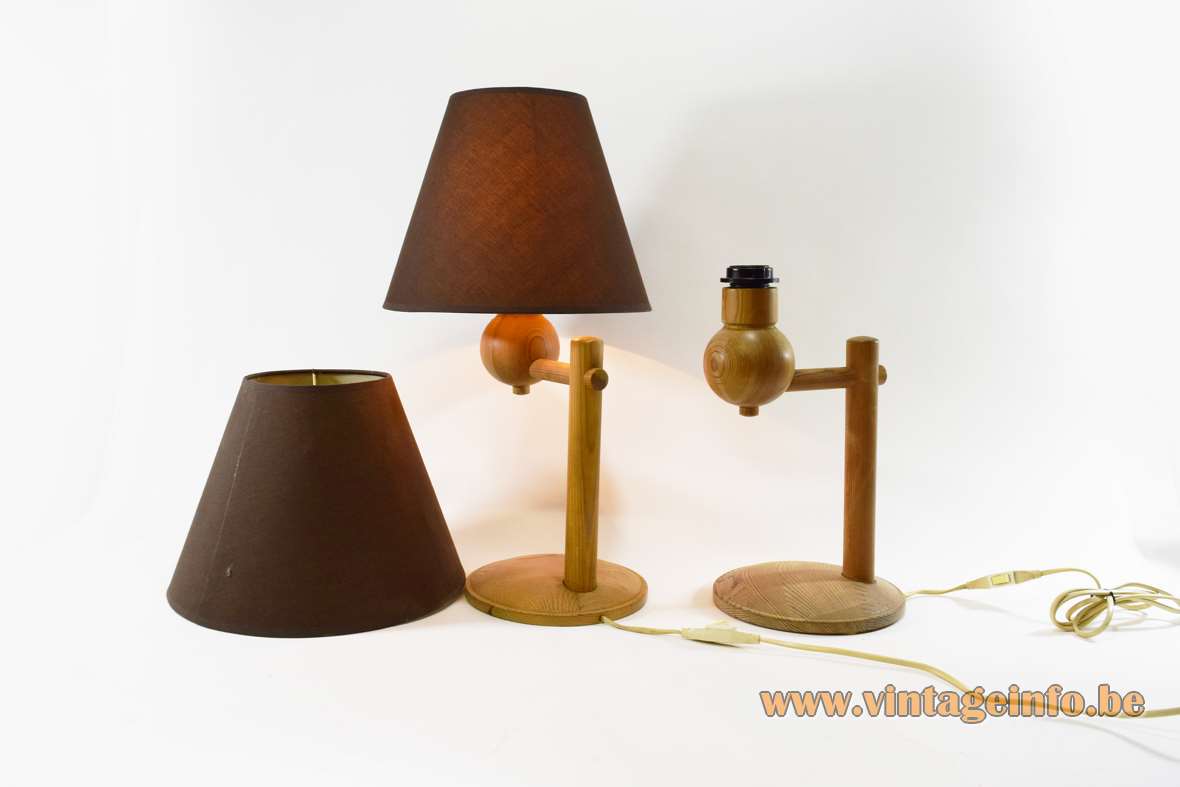 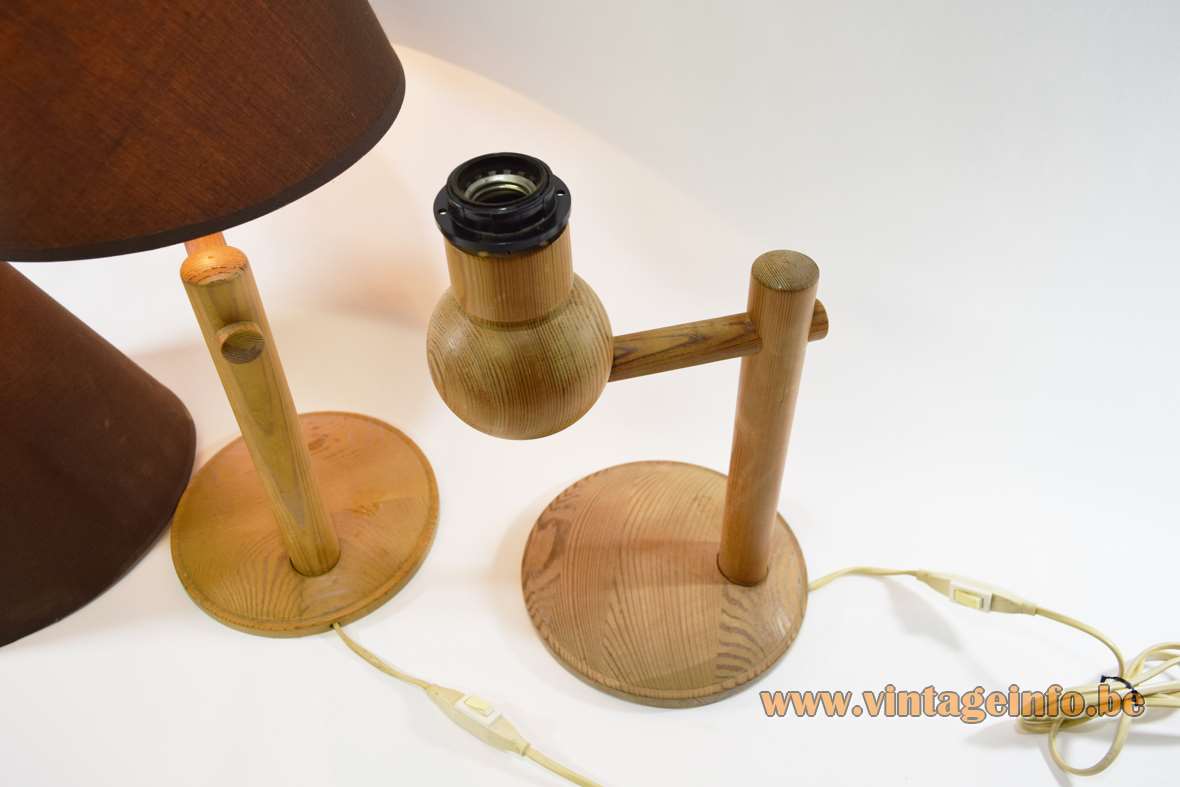 Other versions: These Aneta pinewood table lamps were in all probability made in several versions. This one is numbered 18857.

The Aneta Belysning company was founded after World War 2 in 1947. In the beginning Aneta Belysning manufactured handcrafted textile lampshades. Since 2005, Aneta Belysning AB has been included in the Byggma group and works side by side with its sister company Scan Lamps AS.

The most well known designer that worked for Aneta was Uno Dahlén. Unfortunately no information can be found about a designer whit that name. 2 writers with the same name, one born in 1941 and the other (Uno Dalén) in 1920 and deceased in 2006. Dalén and Dahlén are names both used in Sweden.

Another designer that worked for Aneta was Jan Wickelgren. He designed a wooden floor and table lamp. 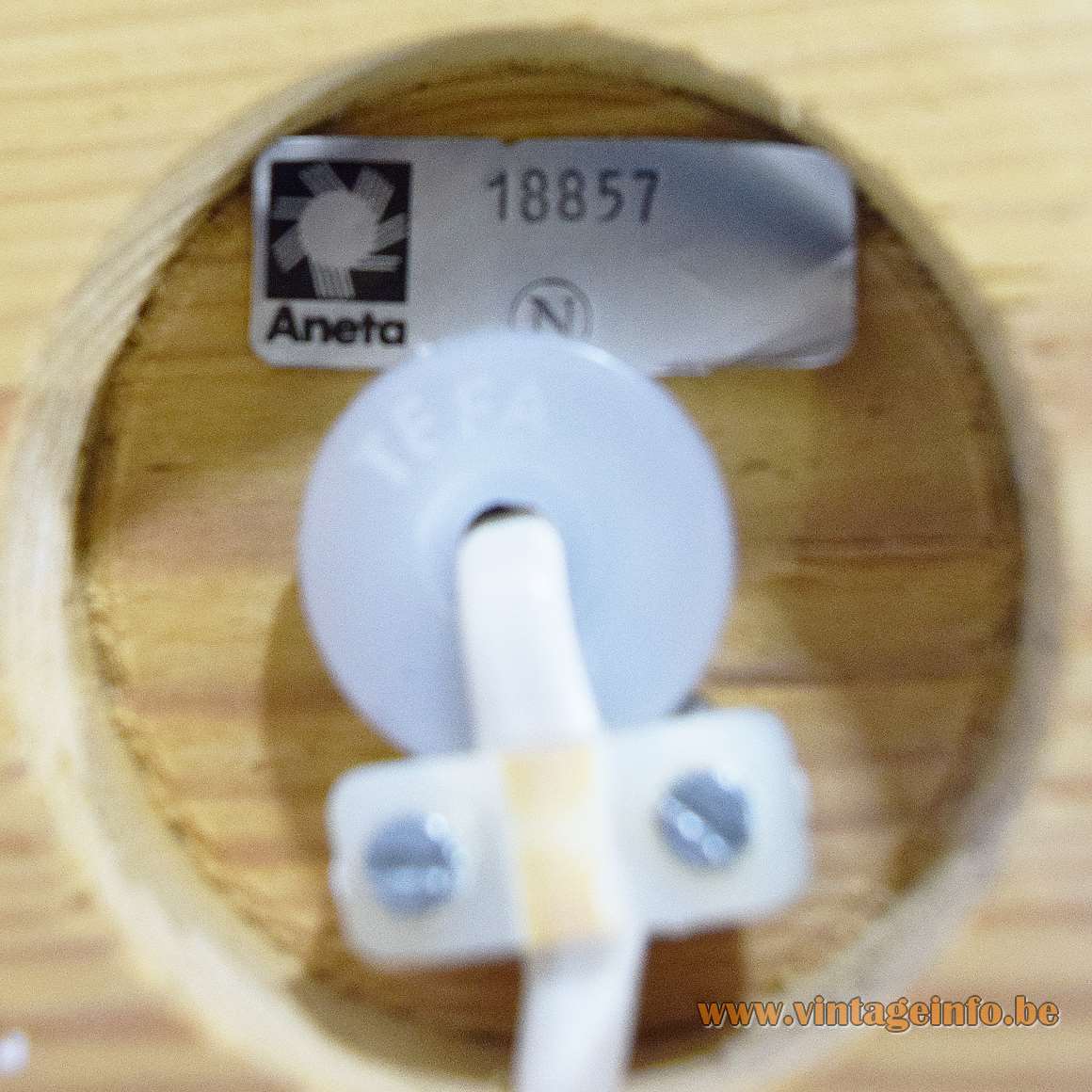 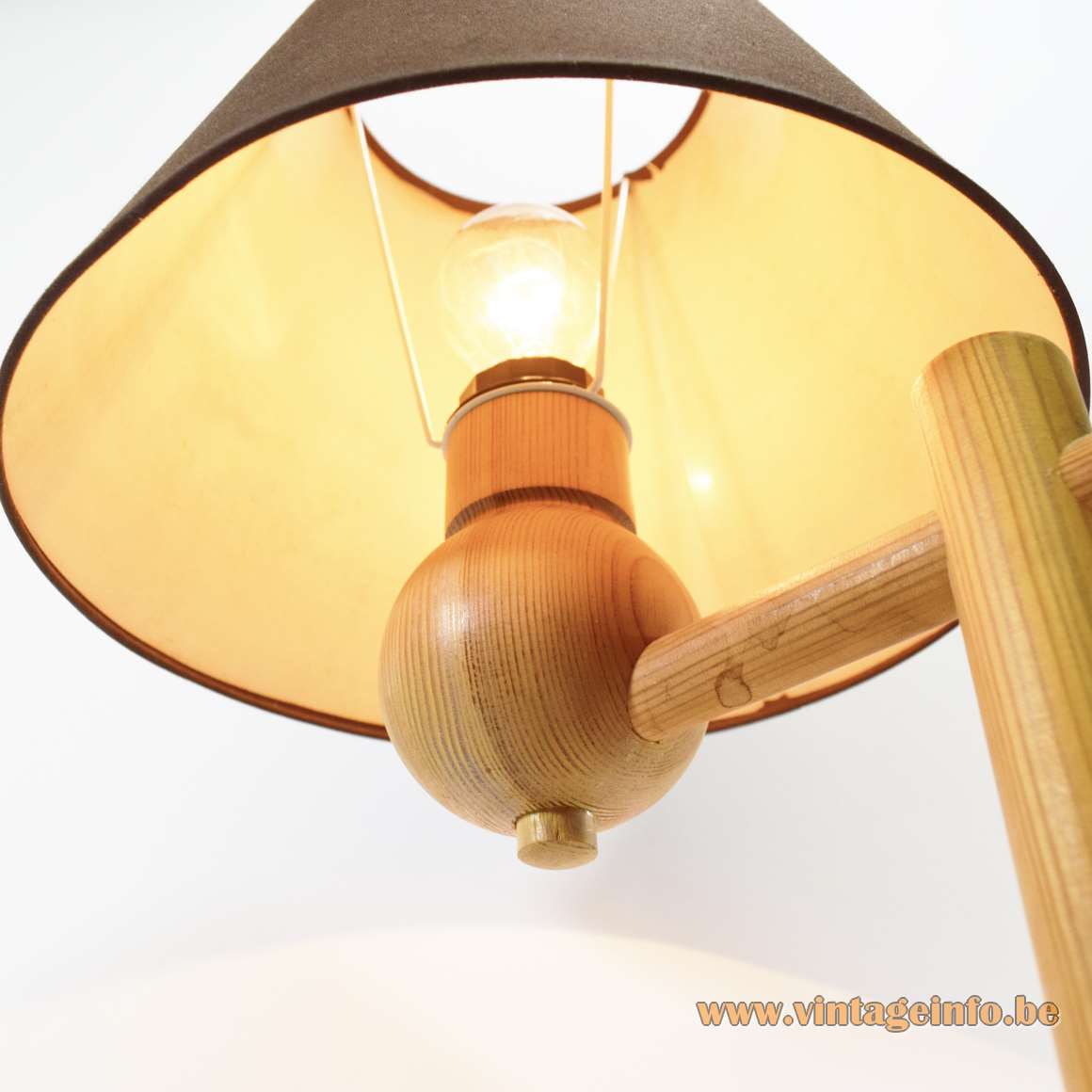