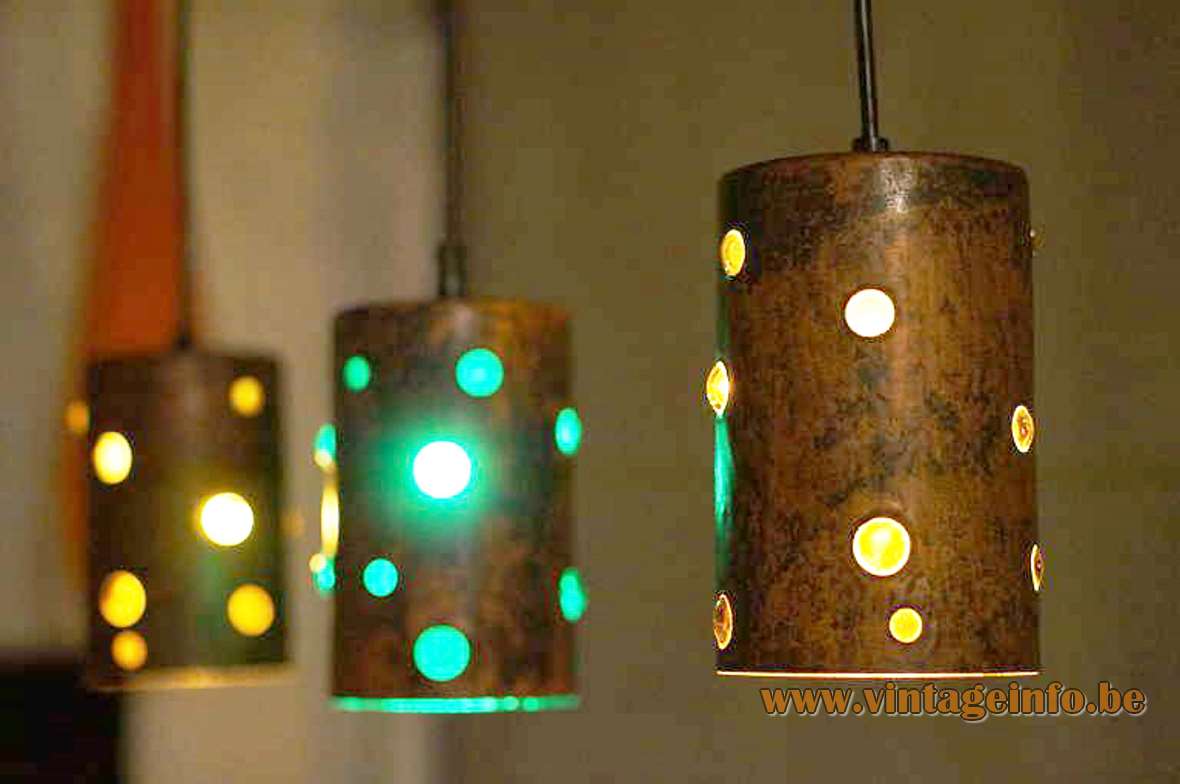 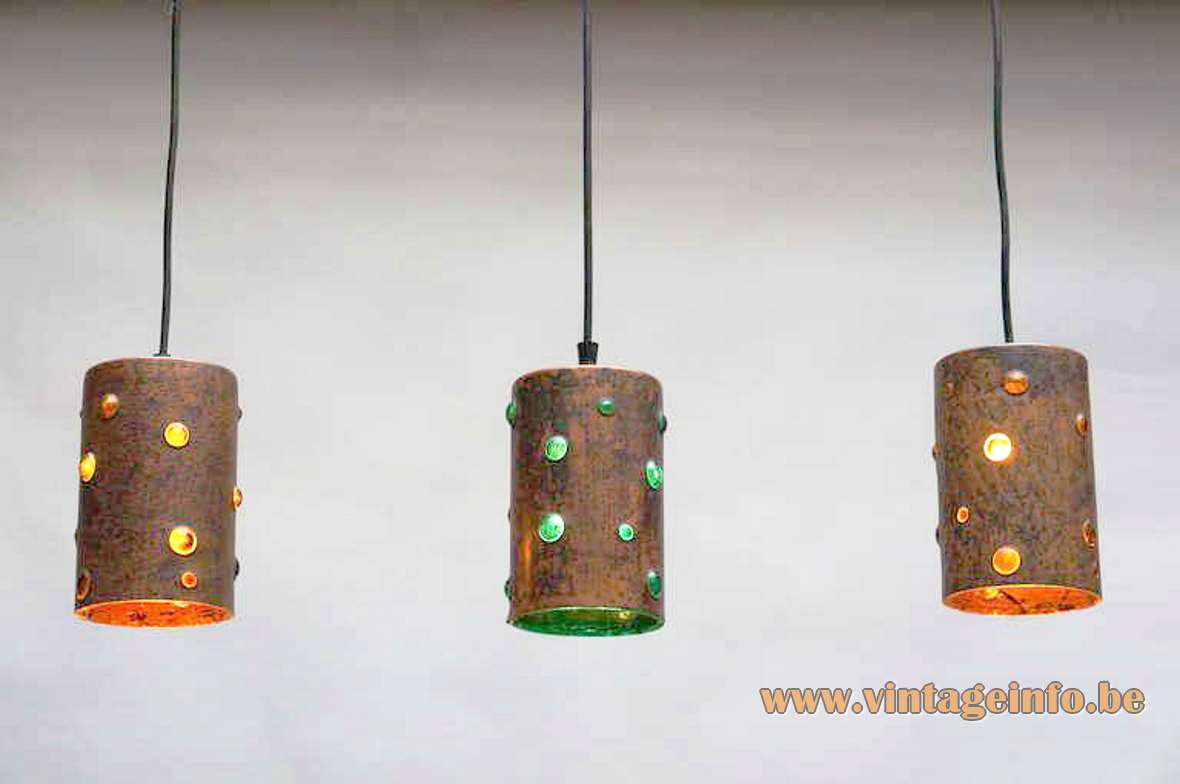 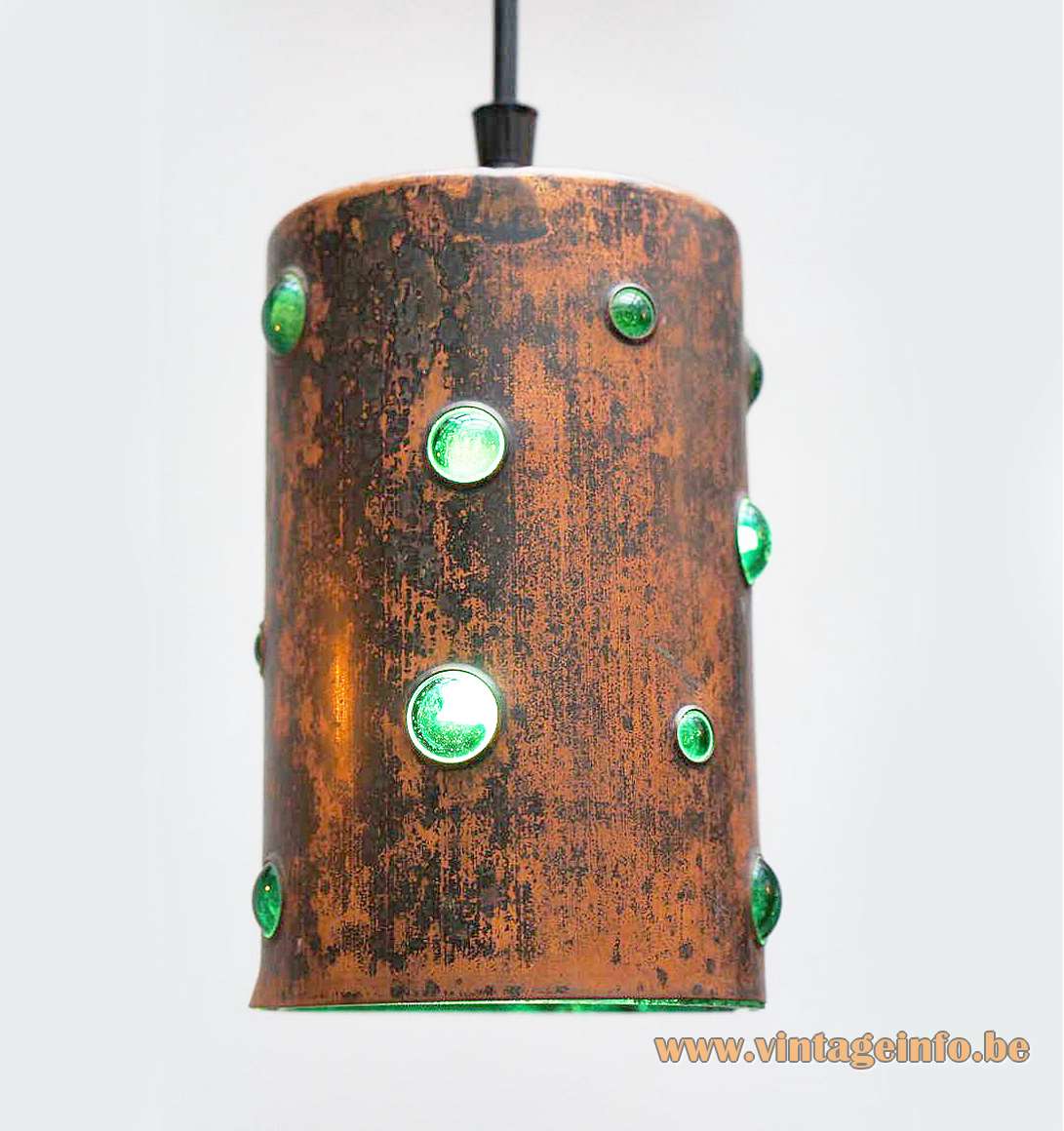 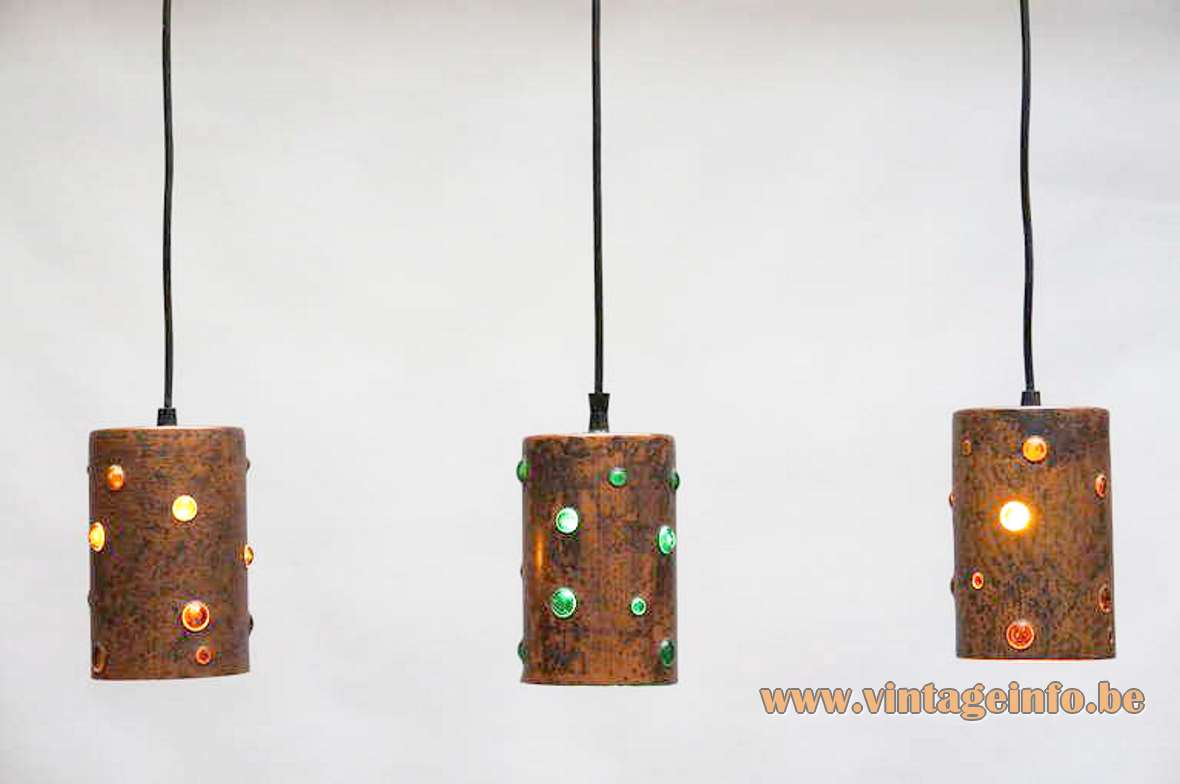 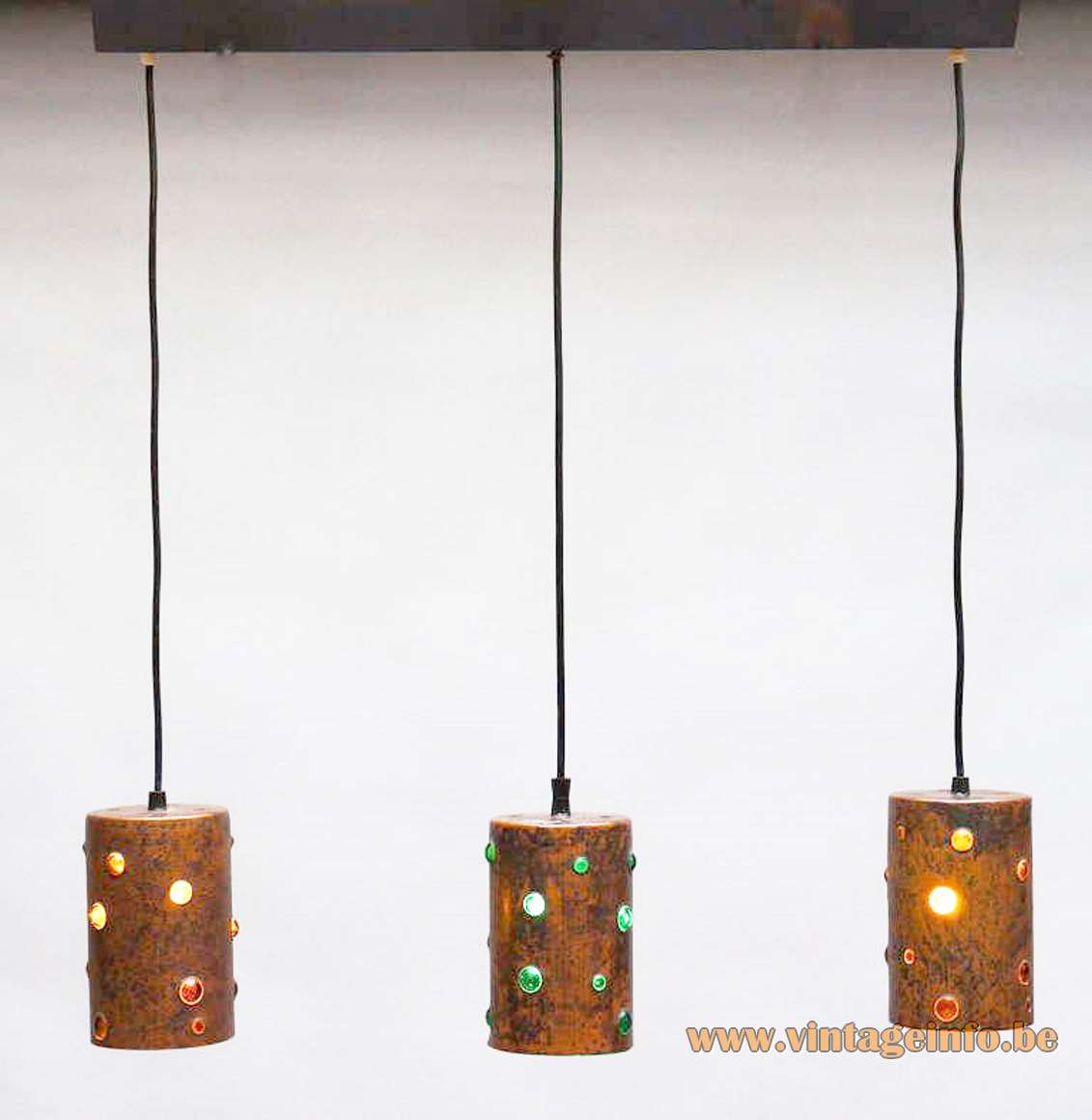 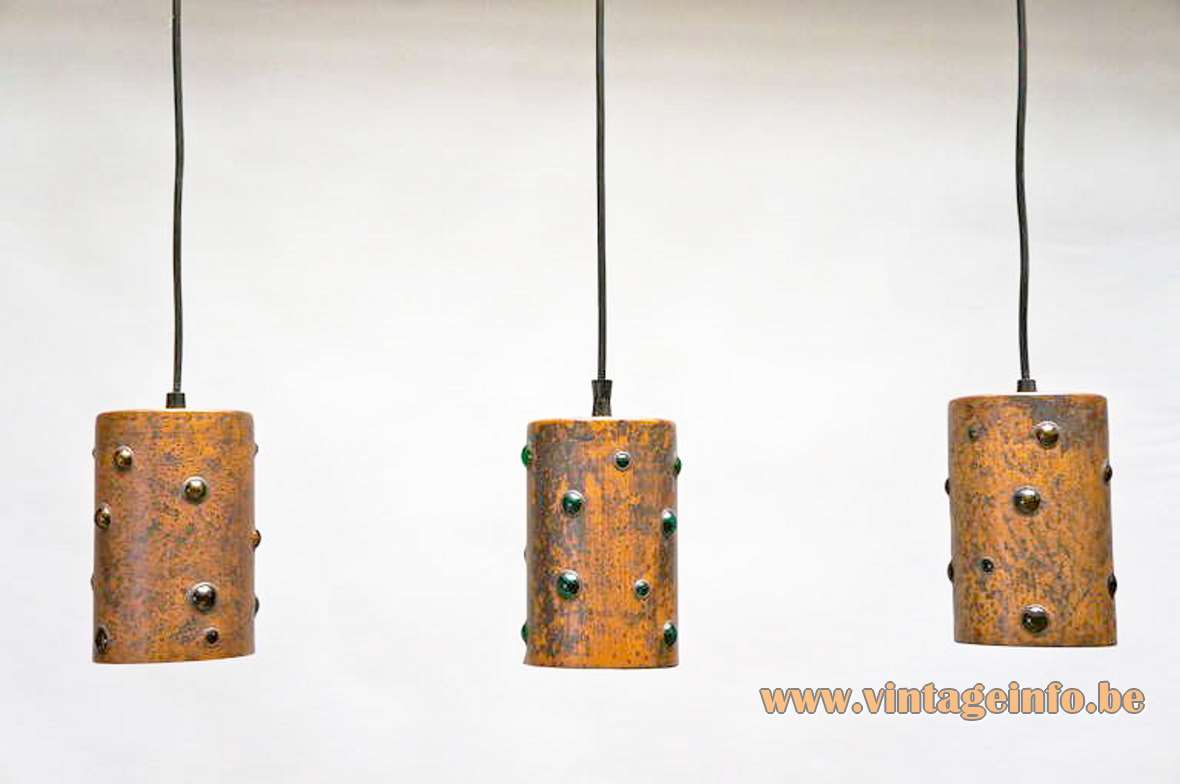 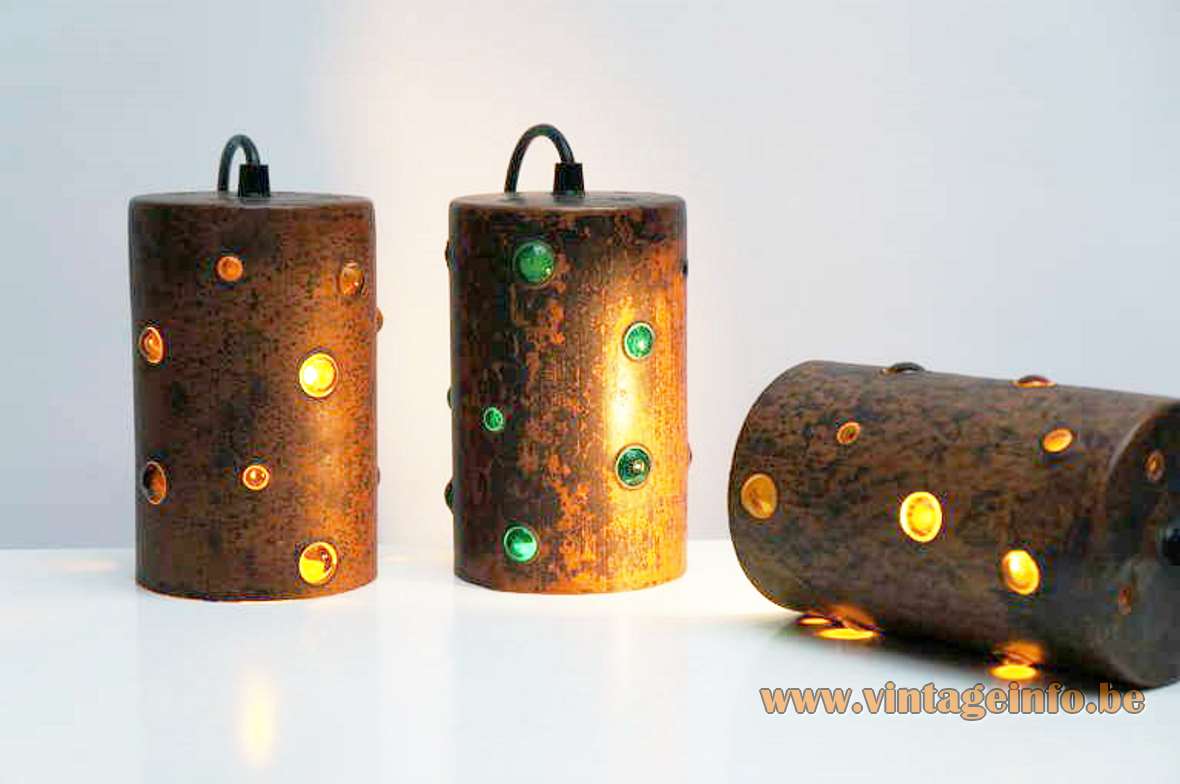 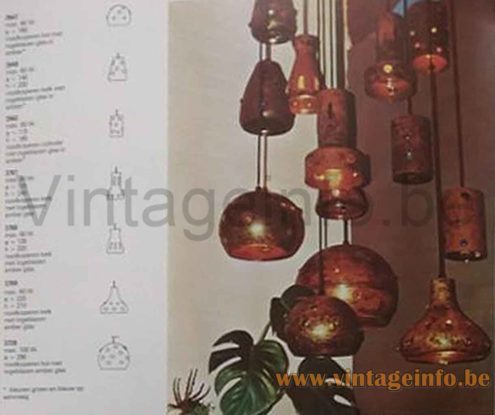 Materials: Copper tubular lampshades with several round holes. Inside a thin layer of green and amber coloured glass. The glass is moulded inside the copper. Some plastic parts. Long metal ceiling bar for the canopy. Bakelite E27 sockets.

These lamps in all forms and sizes are often attributed as Raak Lichtarchitectuur lamps, produced in Amsterdam, The Netherlands and designed by Nanny Still-Mackinney. Unfortunately there is absolutely no proof for it. On the contrary, these lamps never appear in a catalogue published by Raak, not even a lamp in this style. Also, you will never find a lamp with a Raak label on it. When you do a search for them, numerous models appear. All Raak and Nanny Still… Strange indeed. Raak never produced glass. They did not have a glass furnace. Most of the glass was produced by companies such as Bega, Peill + Putzler, Iitala and Val Saint Lambert.

Koninklijke Philips N.V. sold many lamps like this, as you can see below in catalogues from 1967 and 1968.

The Austrian company Rupert Nikoll also sold several lamps in this style. Emil Stejnar was their most well known designer.

All these lamps, also those by Philips, were made by Peill + Putzler. Peill + Putzler produced glass for many lamp producers in the world at that period. Other companies that sold these type of lamps are, among others: Van Doorn, The Netherlands, Massive Lighting, Belgium, Arnold Wiigs Fabrikker, Norway, Herda, The Netherlands and several others.

The technique used for creating these lamps was invented in Murano, Italy. They call it caged glass. The glass is blown inside the copper while the copper is heated. It’s impossible to remove the glass afterwards. 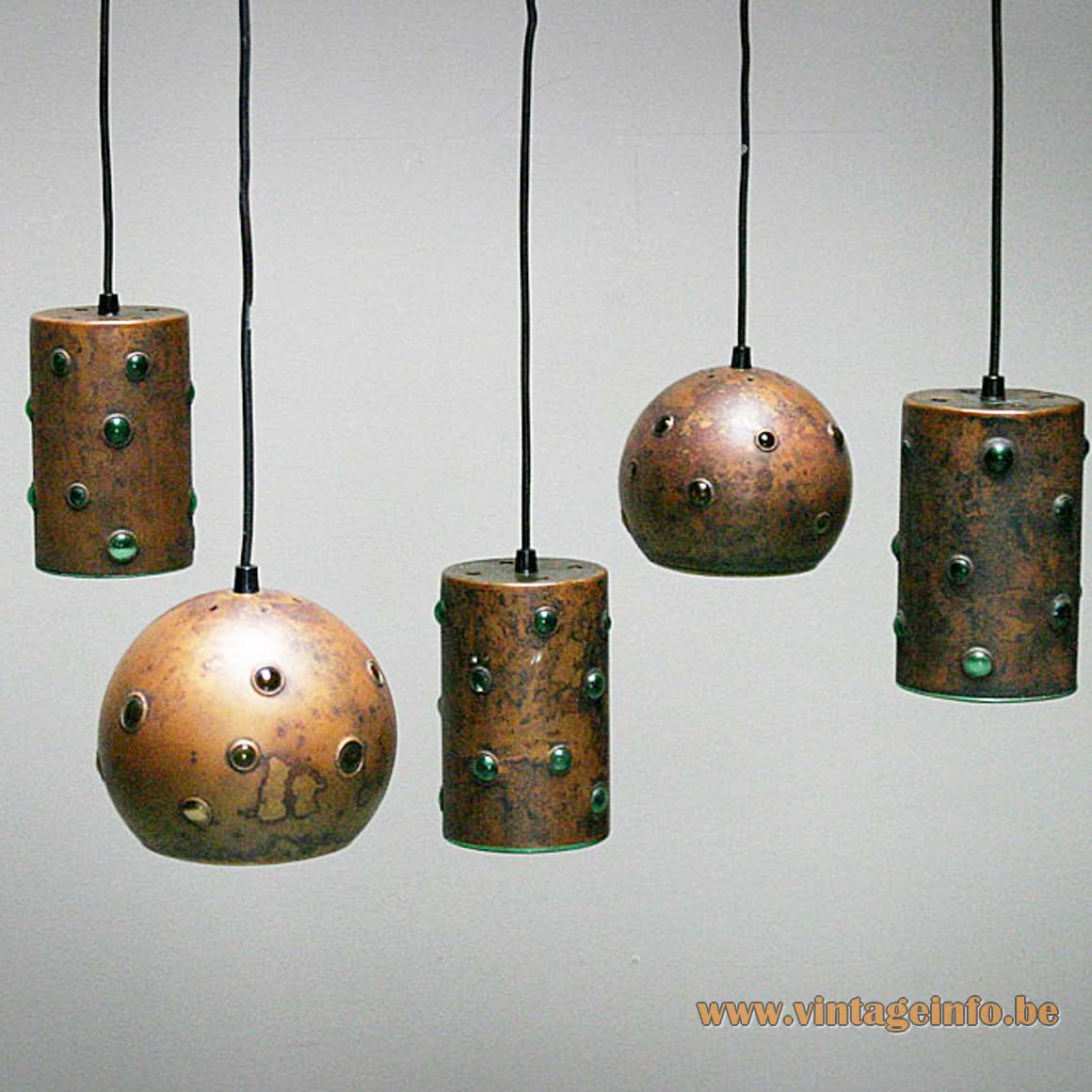 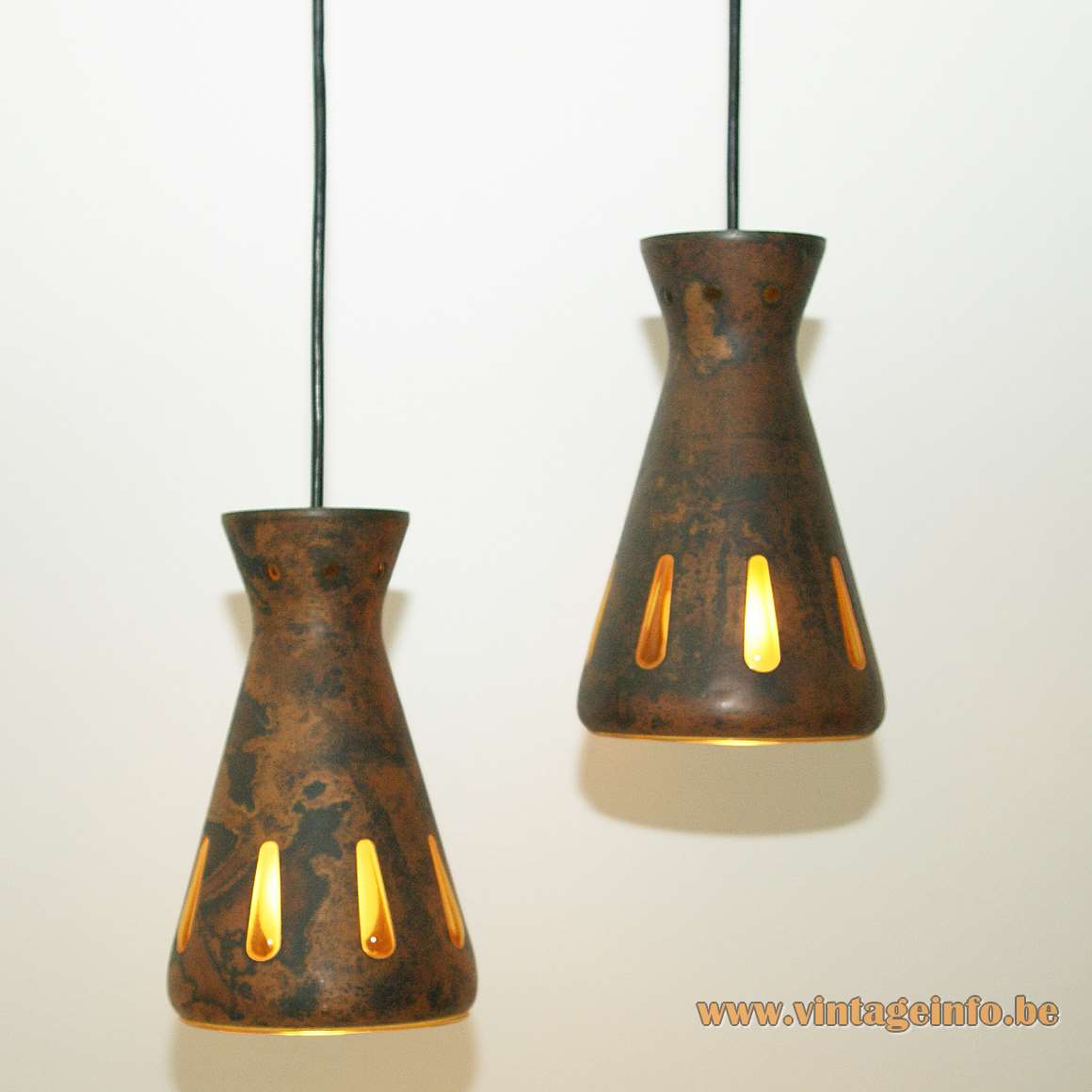 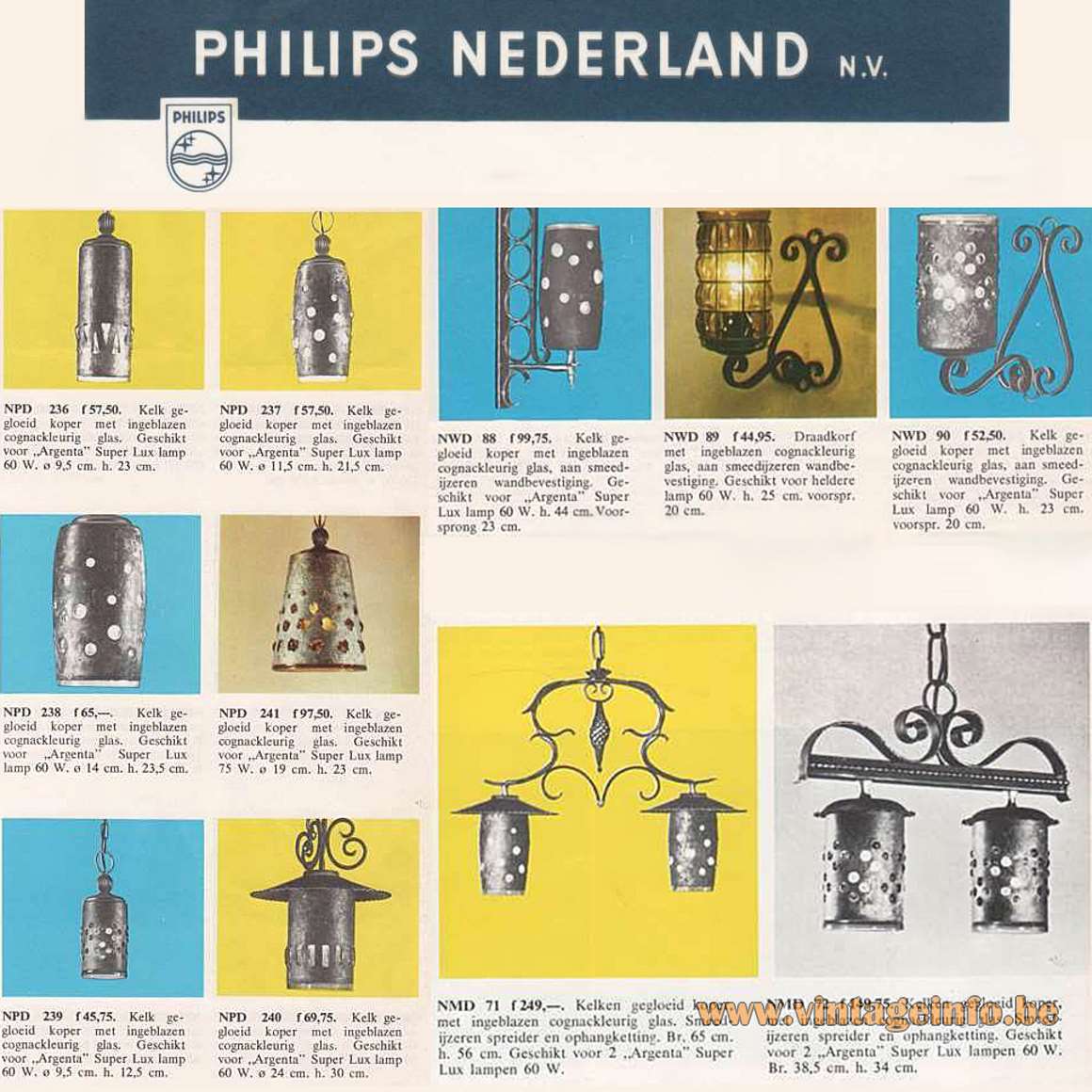 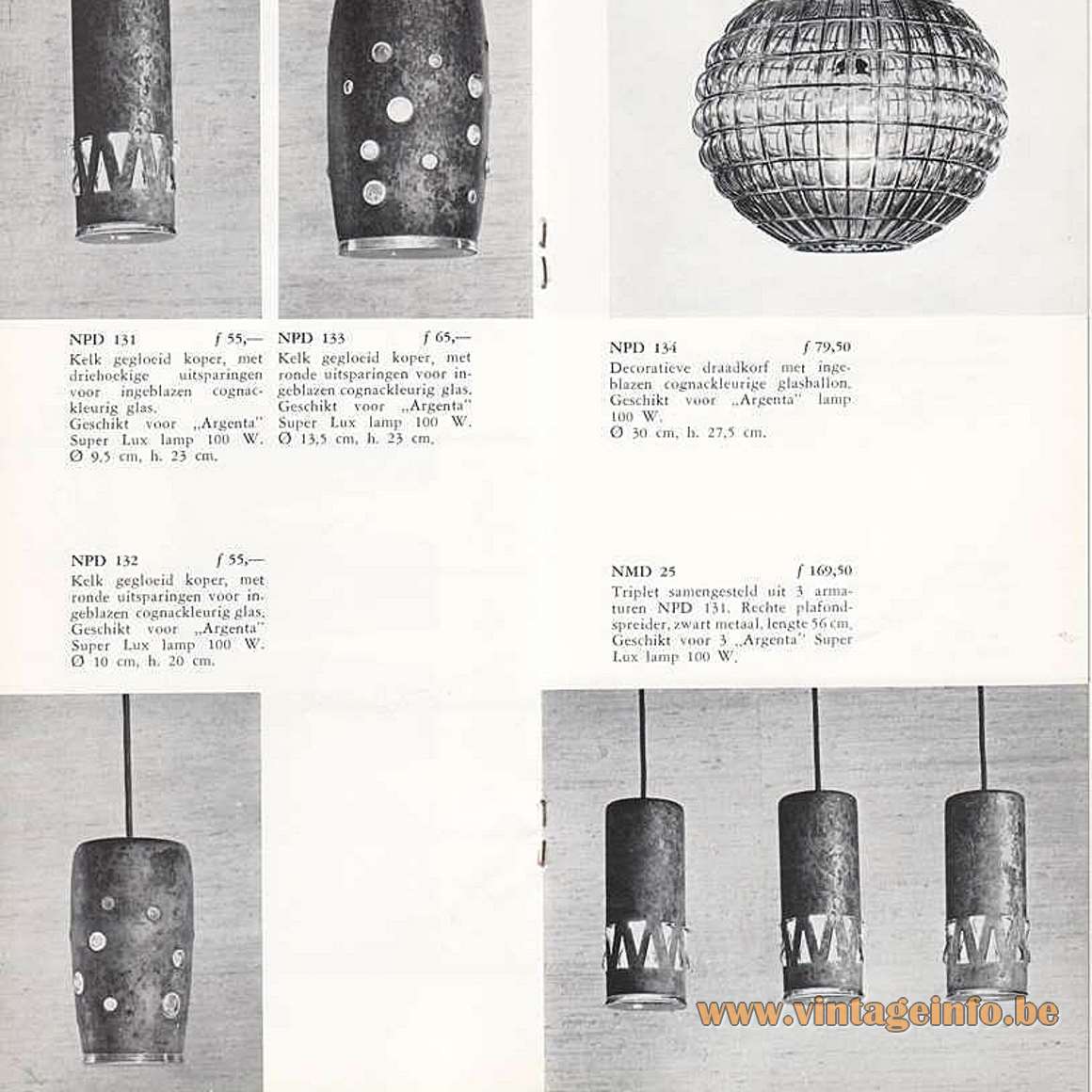 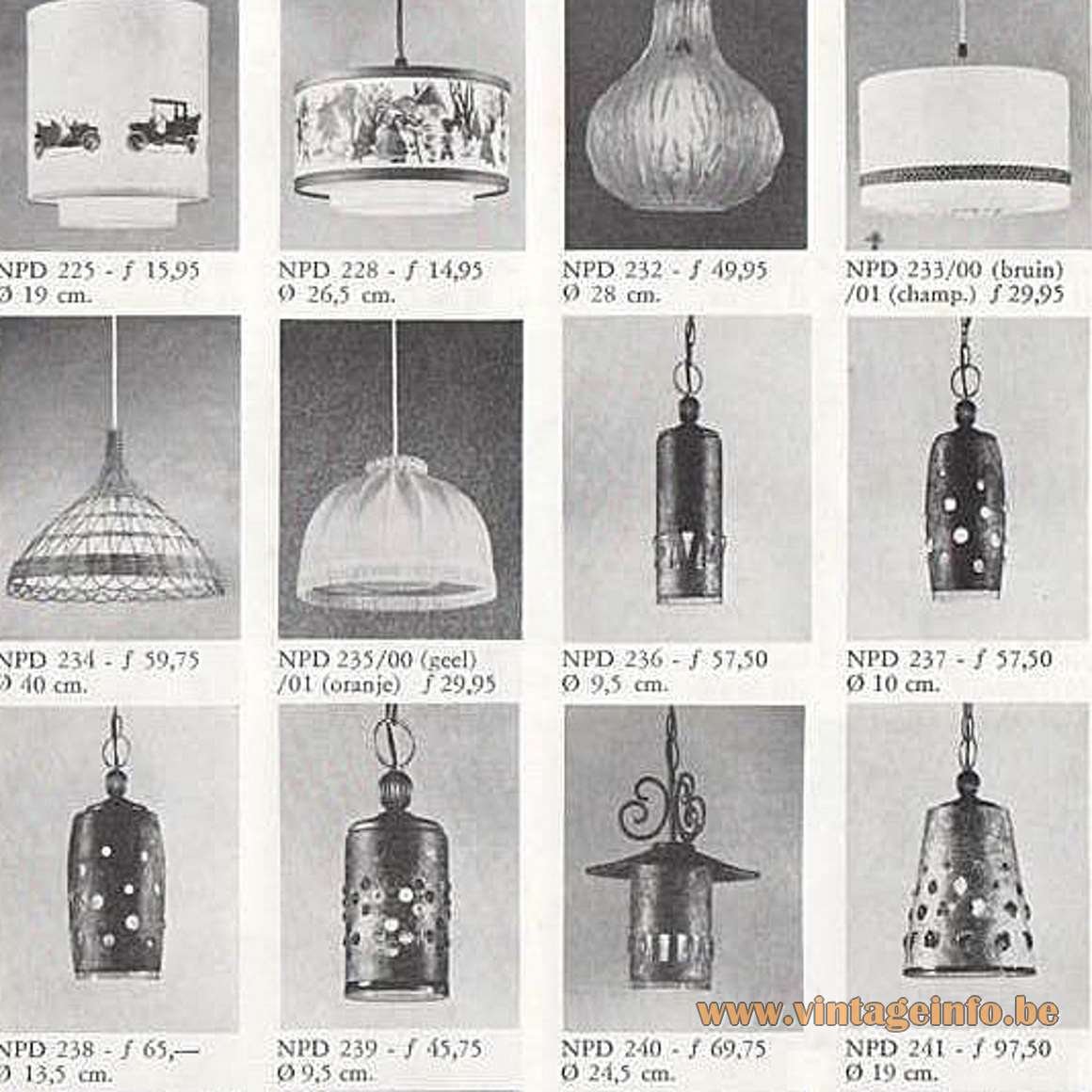 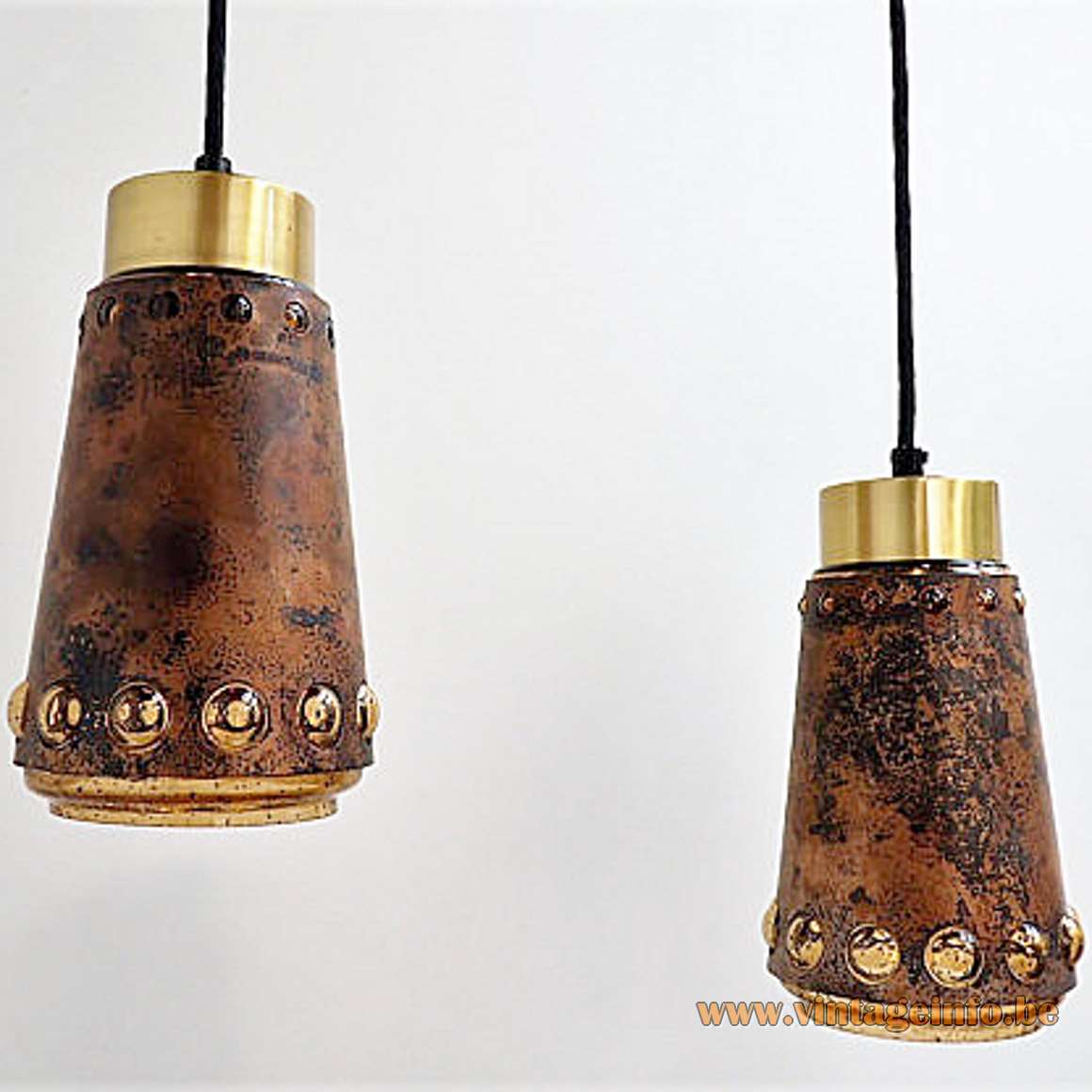