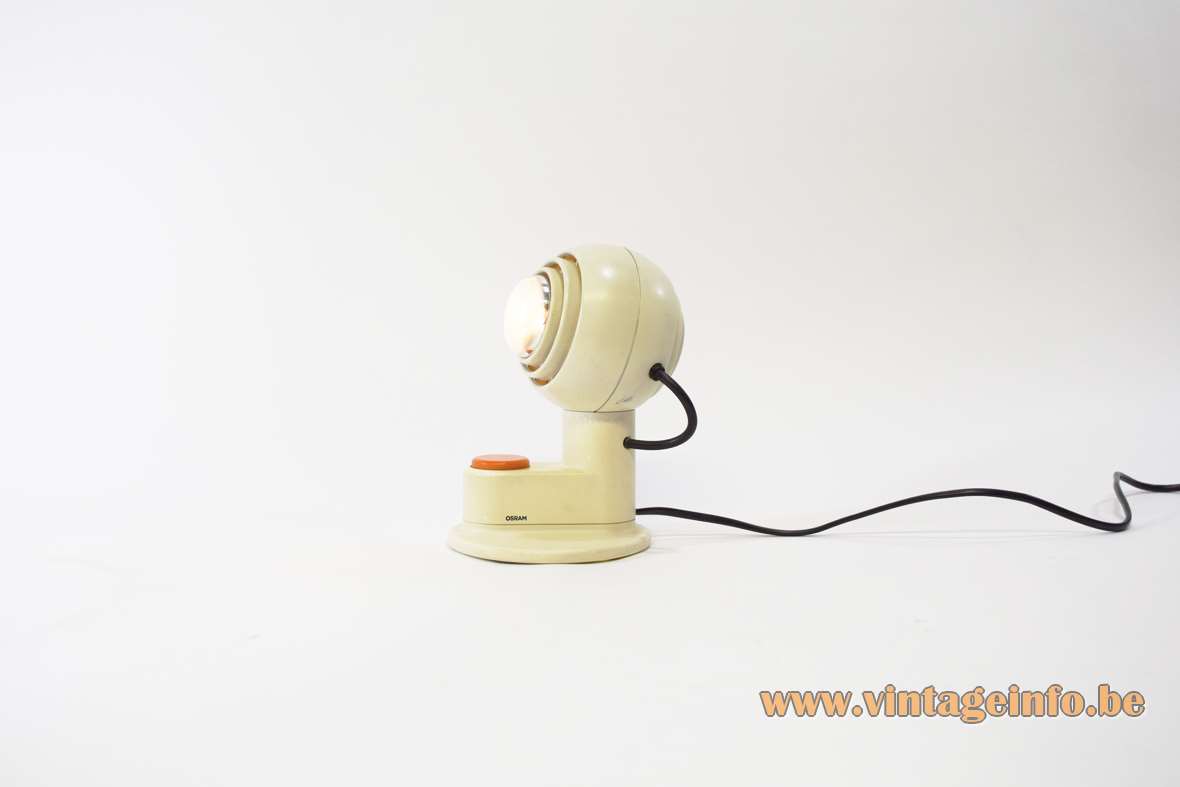 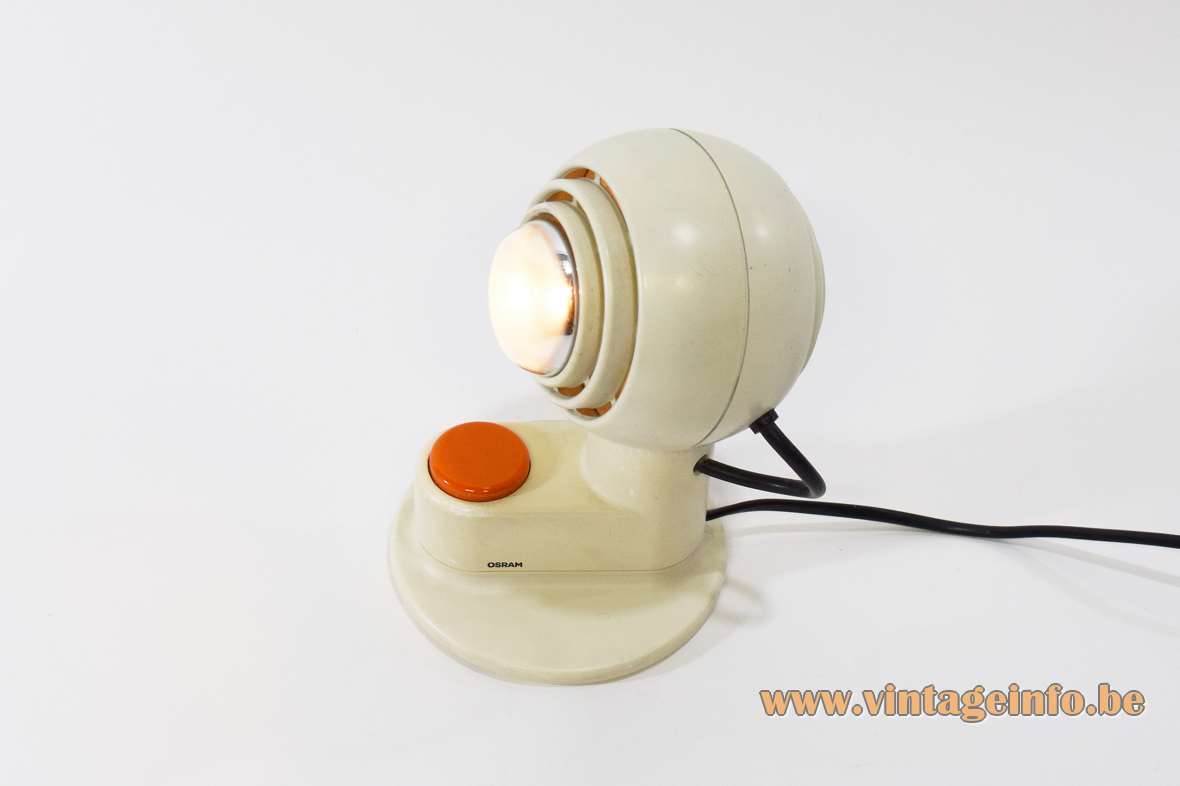 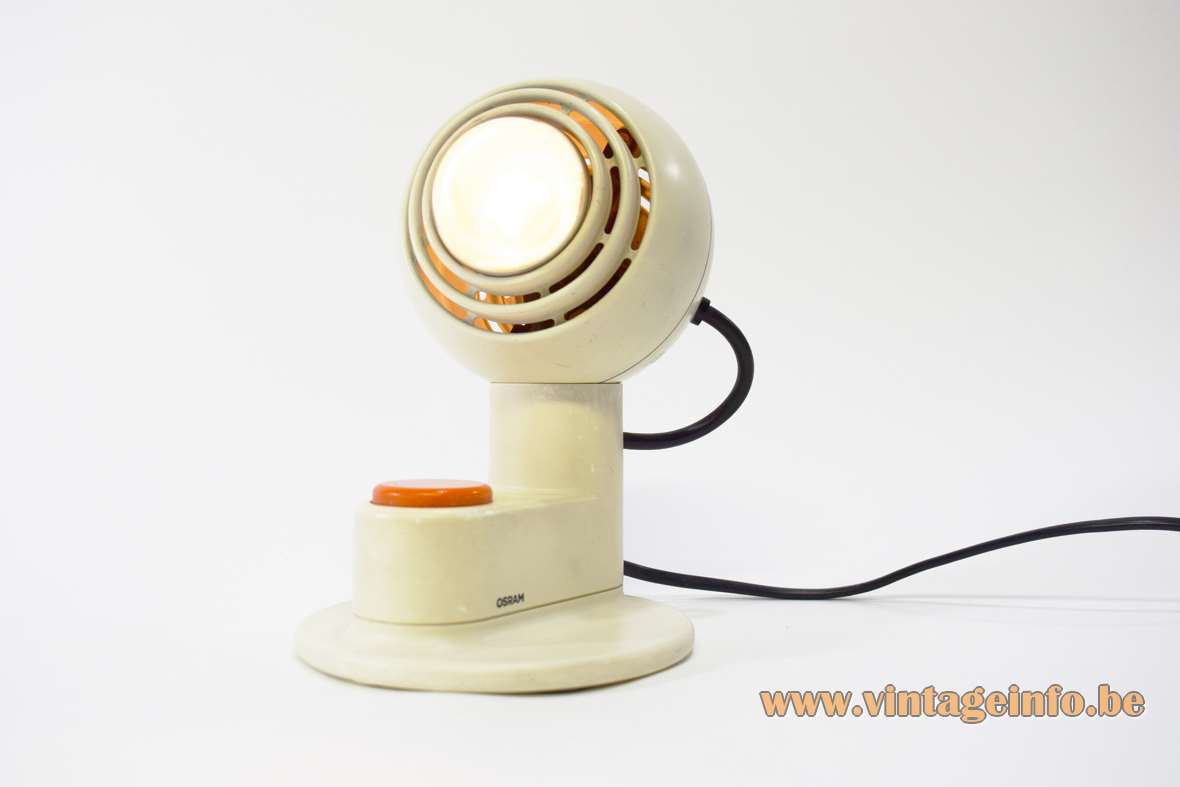 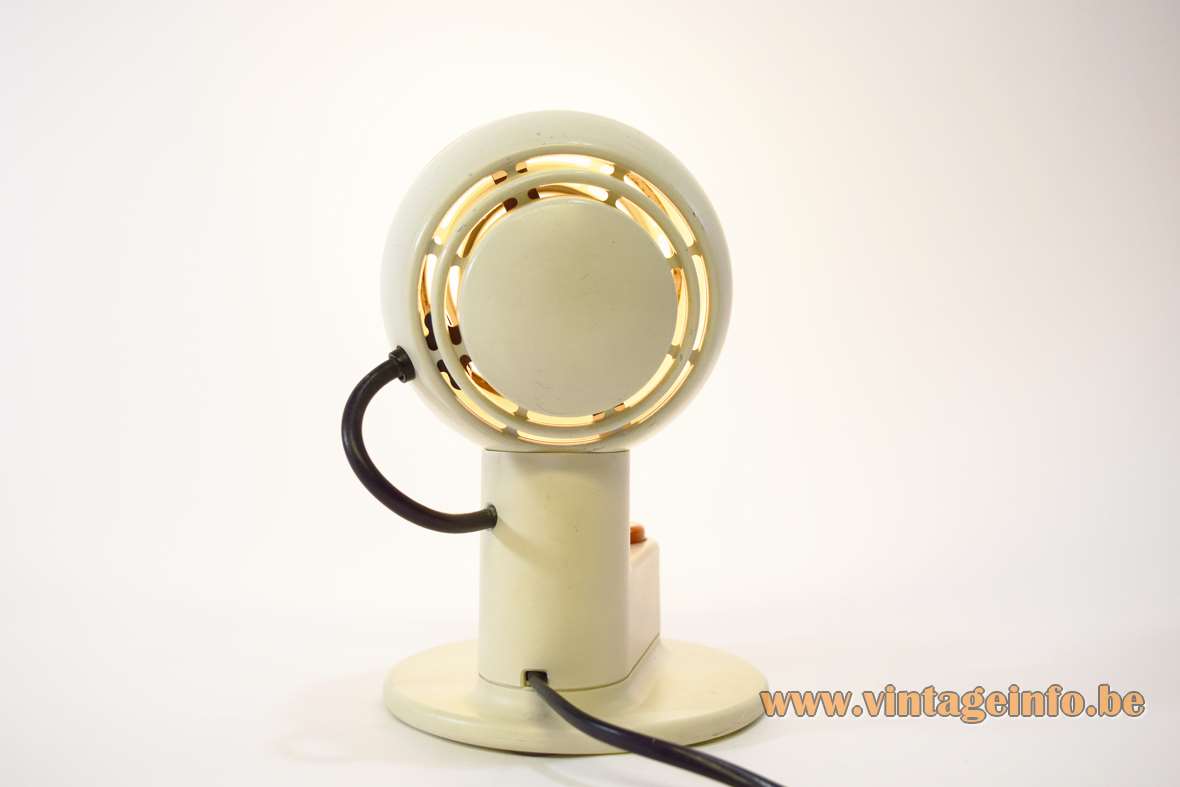 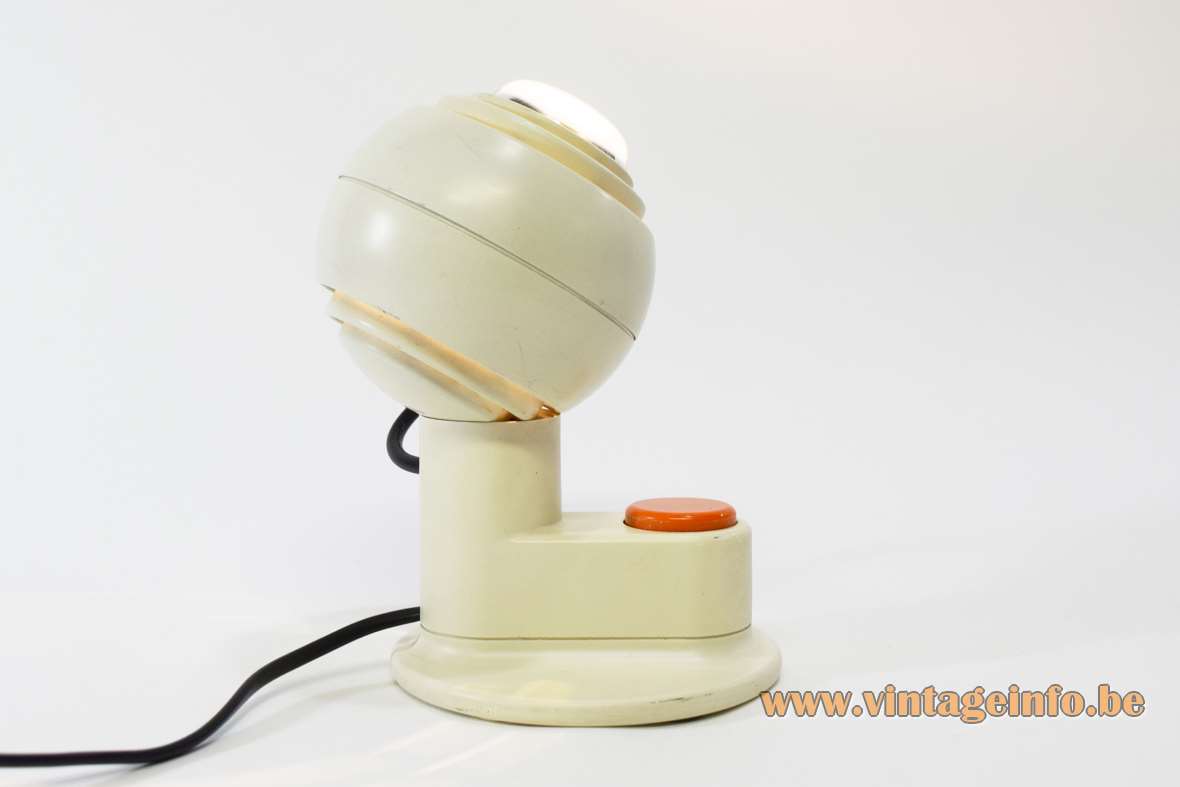 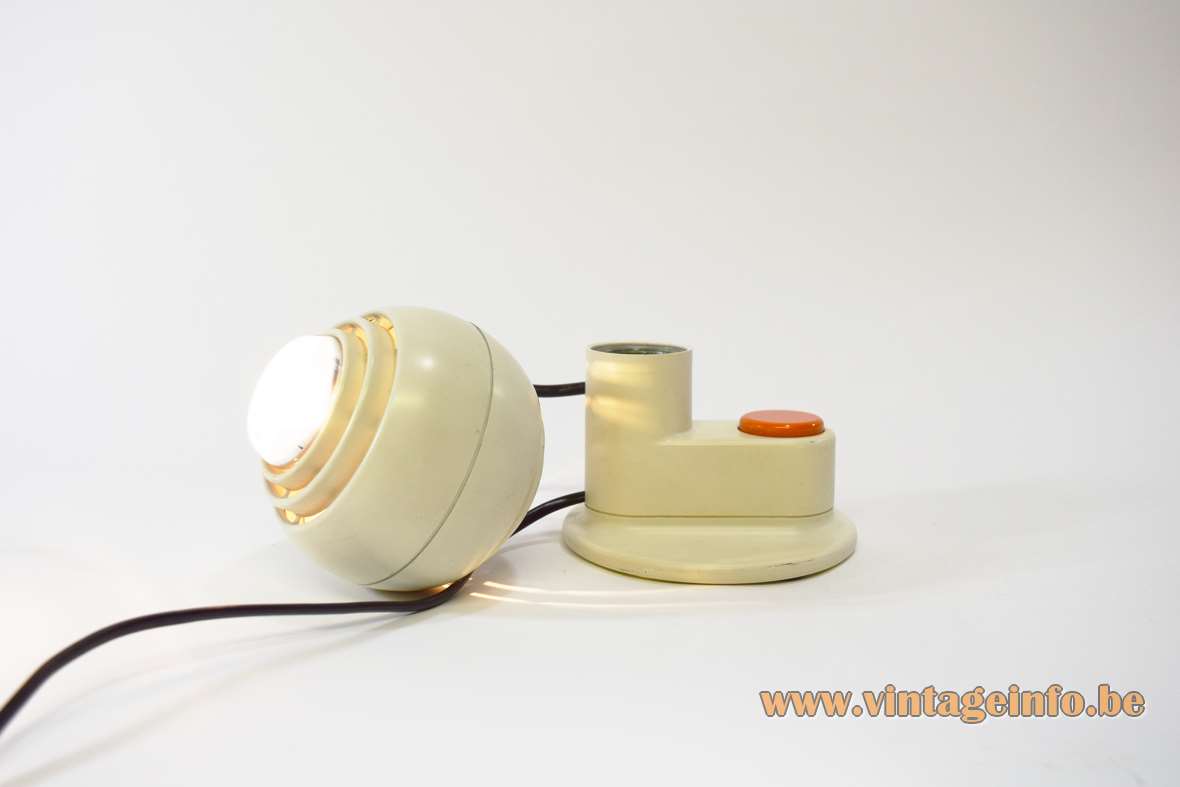 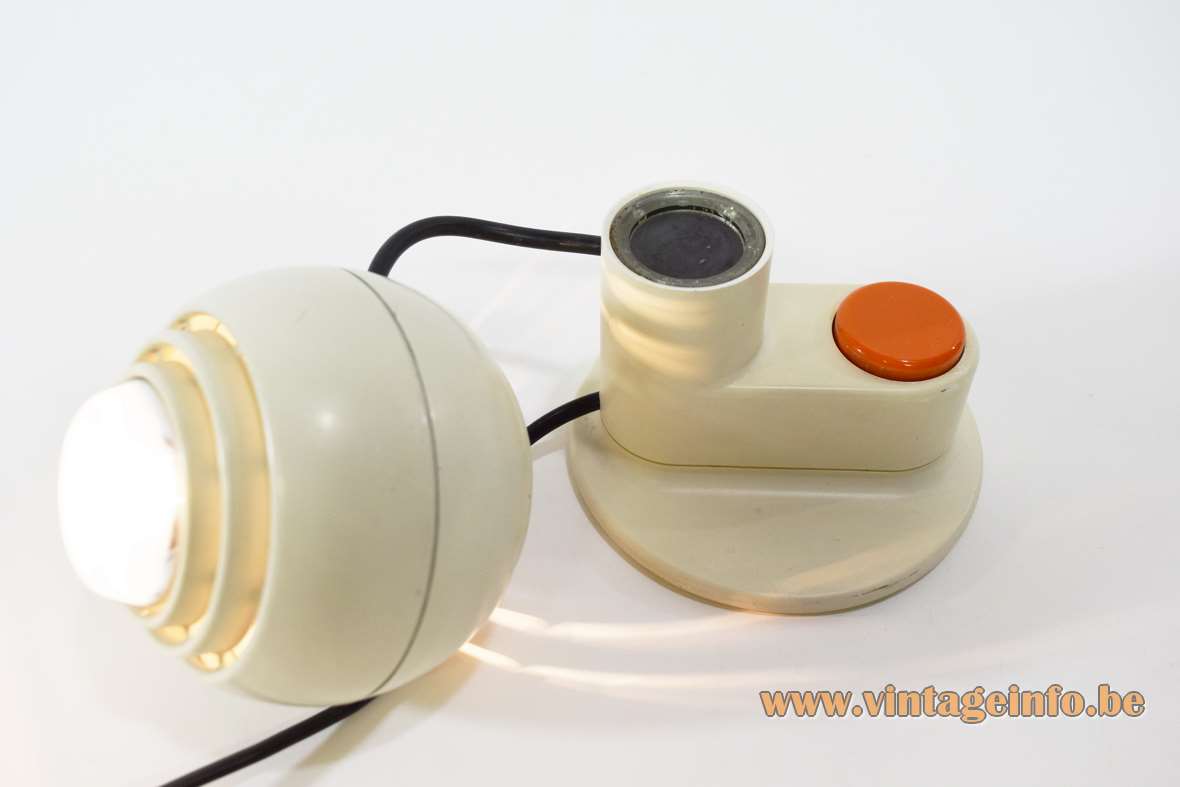 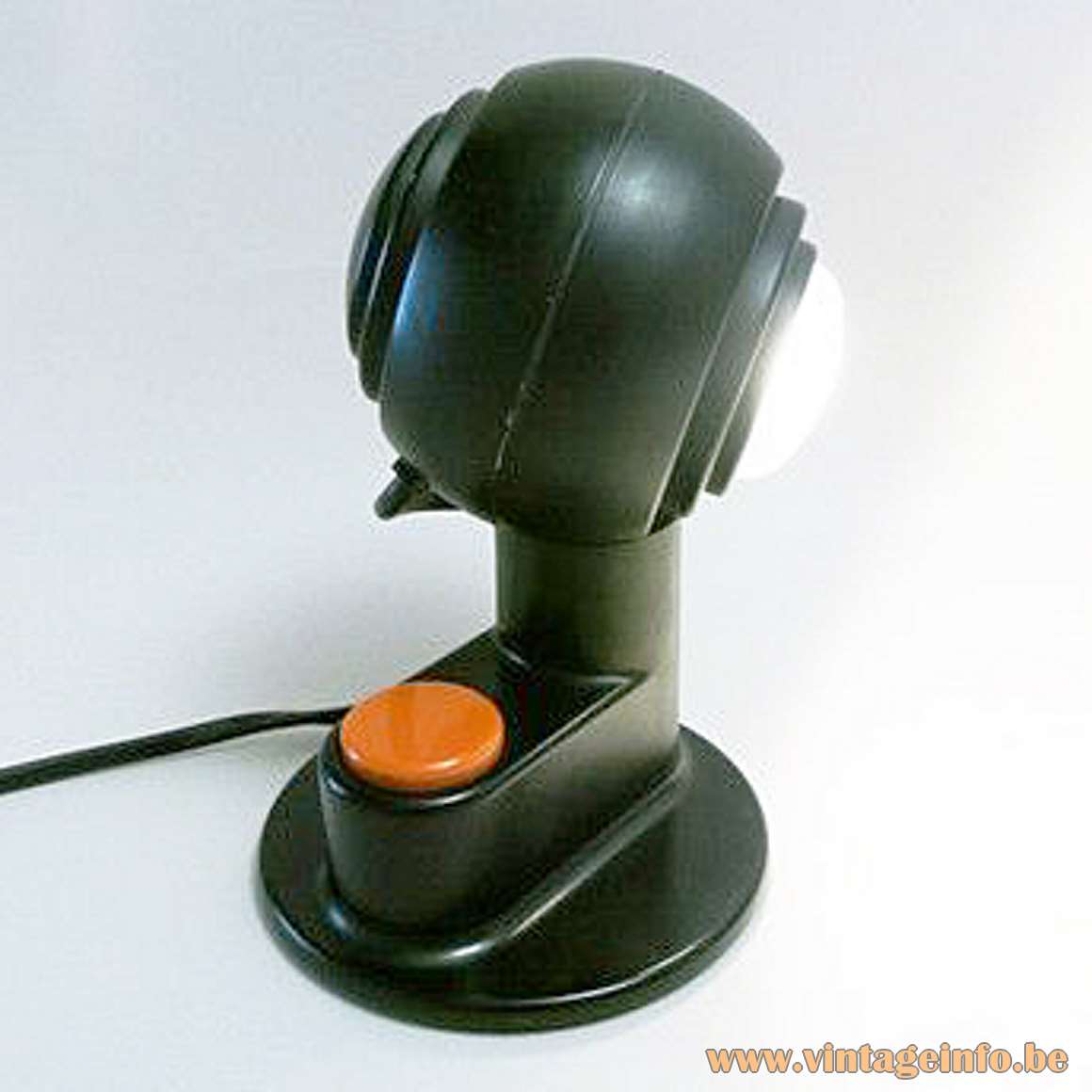 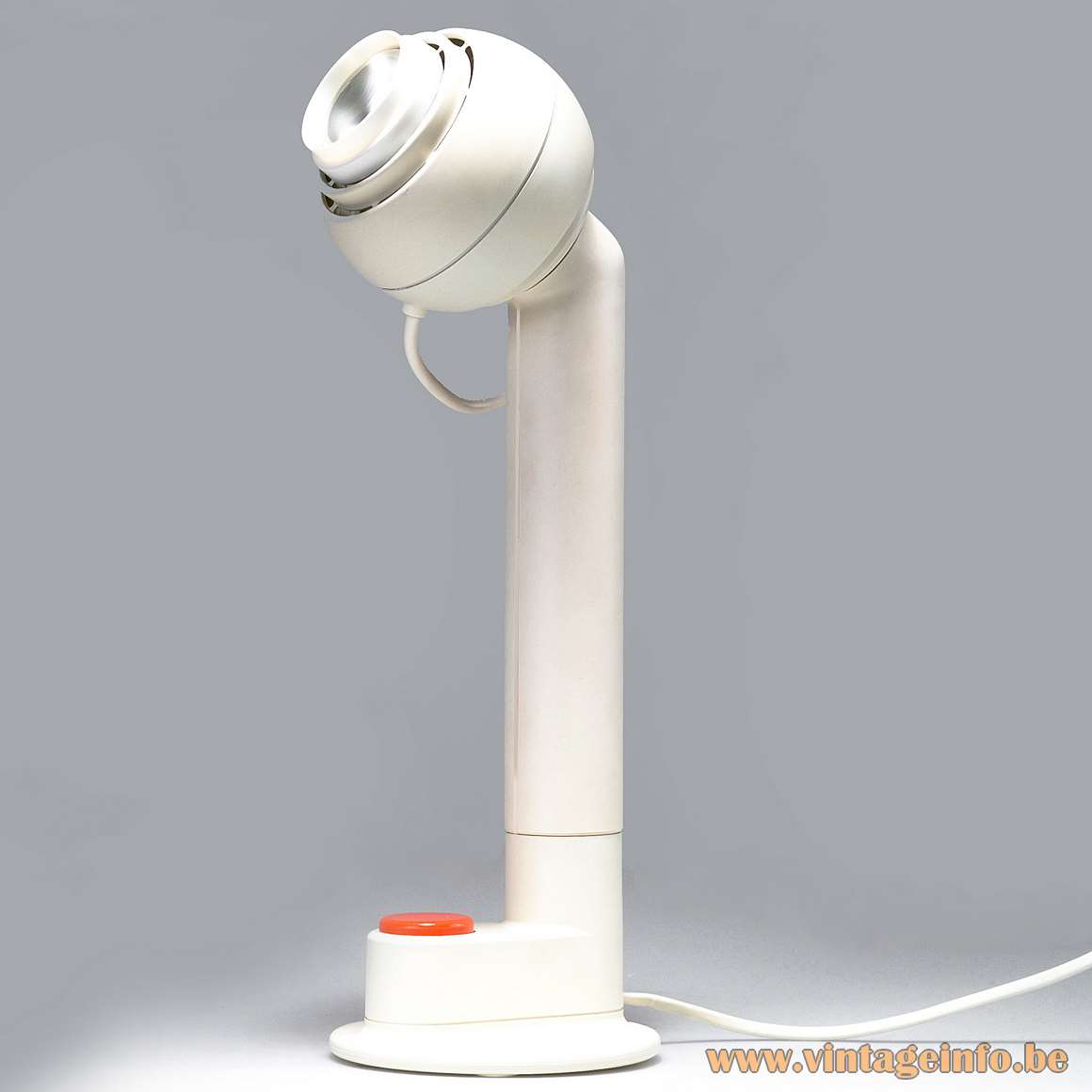 Other versions: The OSRAM Concentra Agilo table lamp was made in black or white, all with an orange button. This lamp is model T40, 42 601. It received the iF Design Award for product in 1977. The clamp lamp, model 42 701 can be found over here on Vintageinfo. Several models exists. Also a wall lamp was produced.

Magnetic lamps were not a new product of the Osram company. The OSRAM Minispot was introduced in 1972. It was a design by OSRAM Design, the internal design team. Also, in 1982 Dieter Witte designed a magnetic lamp for OSRAM. You can find these table lamps here on Vintageinfo: OSRAM Minispot.

Schlagheck Schultes Design GmbH was founded by Norbert Schlagheck (1925 -2002) and Herbert H. Schultes (born 1938). In 1967 the two architects started their cooperation. They got to know each other at the  Siemens AG factory in the 1960s. On the basis of a cooperation between Siemens AG and AGFA Gevaert AG, Norbert Schlagheck, together with his colleague Herbert H. Schultes, began to assume design tasks for the AGFA.

In the period 1954-1967 he worked as a designer at Siemens AG. During this time he was jointly responsible for the establishment of a functional design department and he was department head of the household design group.

In 1961 he received the scholarship and the prize of the cultural circle in the Federation of German Industries (Bundesverband der Deutschen Industrie).

From 1967 until 1970 he was head of the industrial design department at the Kölner Werkschulen (Cologne Academy of Fine and Applied Arts). In 1972 he became professor for Industrial Design at the Munich University of Applied Sciences (MUAS).

In 1996, the company “Schlagheck Design” and “Schlagheck & Partner Modell- und Formenbau GmbH Designwerkstätten” were merged into today’s Schlagheck Design GmbH. It is headquartered in Oberhaching near Munich. At the same time Norbert Schlagheck transferred the management to his son Julian Schlagheck.

Herbert H. Schultes was born in 1938. After studying engineering and design in Munich, where he graduated as a fellowship of the cultural circle in the Federation of German Industries (Bundesverband der Deutschen Industrie), he worked as a designer at Siemens AG from 1961 until 1967. He was assistant to chief designer Edwin A. Schricker.

Based in Munich, Germany, OSRAM is a globally leading lighting manufacturer.

It has a history dating back more than 100 years. The portfolio ranges from high-tech applications based on semiconductor technology, such as infrared or laser lighting, to smart and connected lighting solutions in buildings and cities.

OSRAM had more than 24,000 employees worldwide at the end of fiscal year 2016 (September 30). It generated revenue of almost €3.8 billion in that fiscal year. The company is listed on the stock exchanges in Frankfurt and Munich.

The name is derived from osmium and wolfram. Two elements that were commonly used for lighting filaments at the time the OSRAM-company was founded.