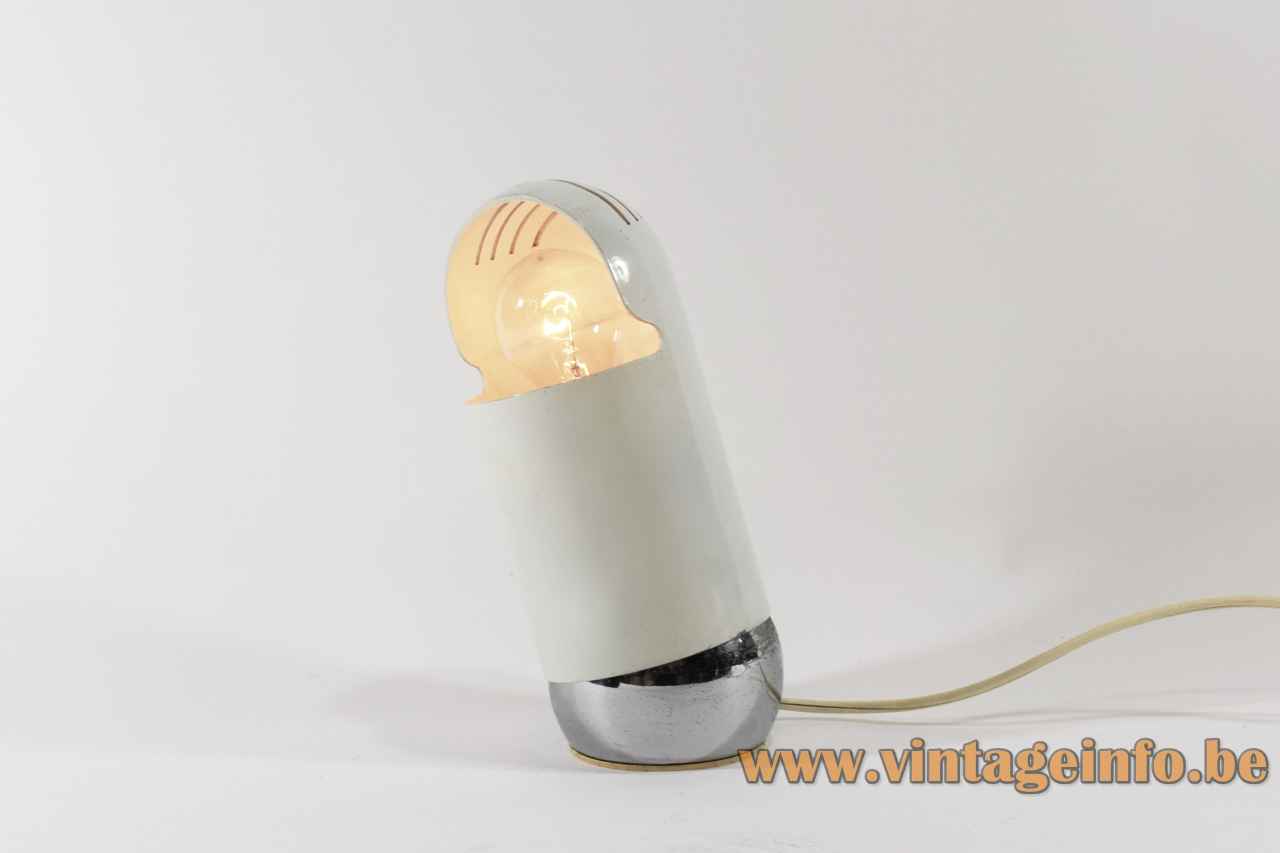 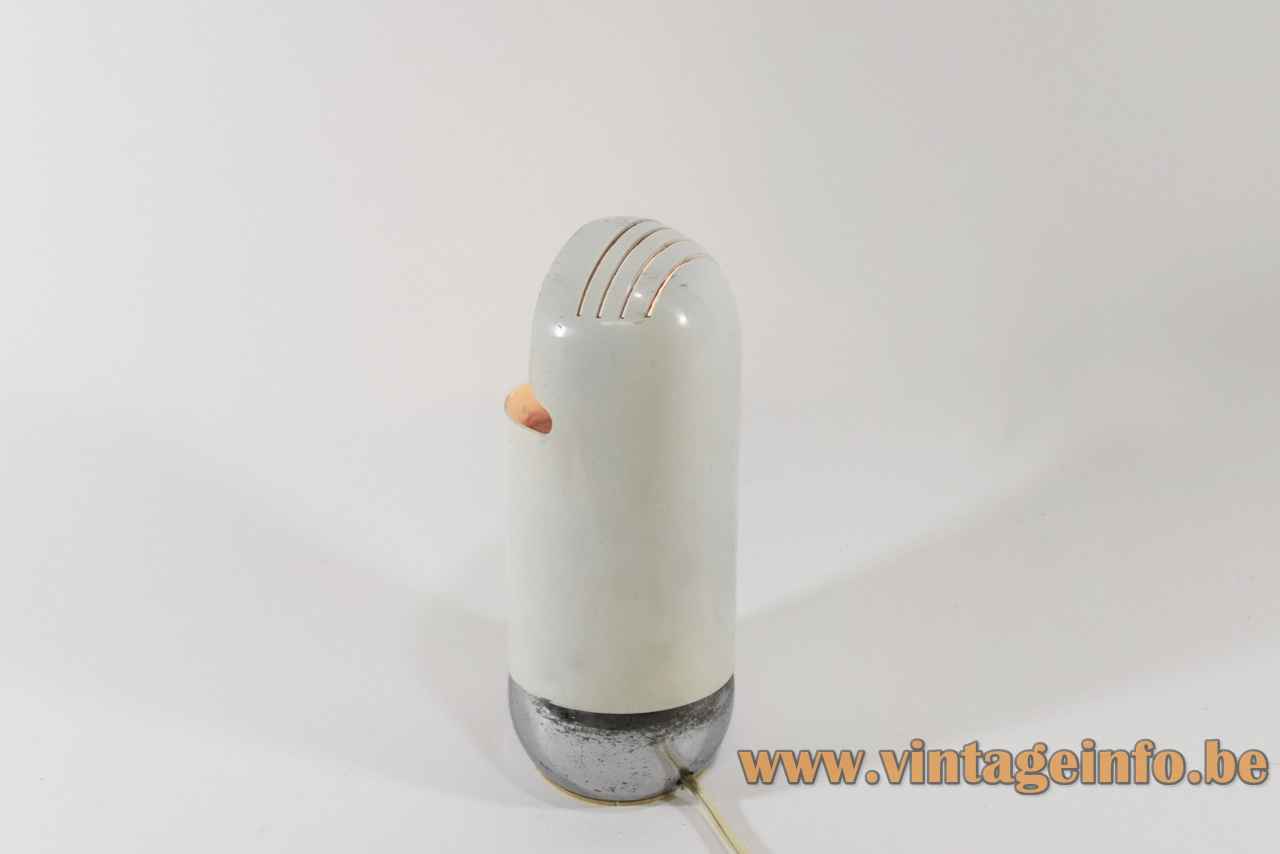 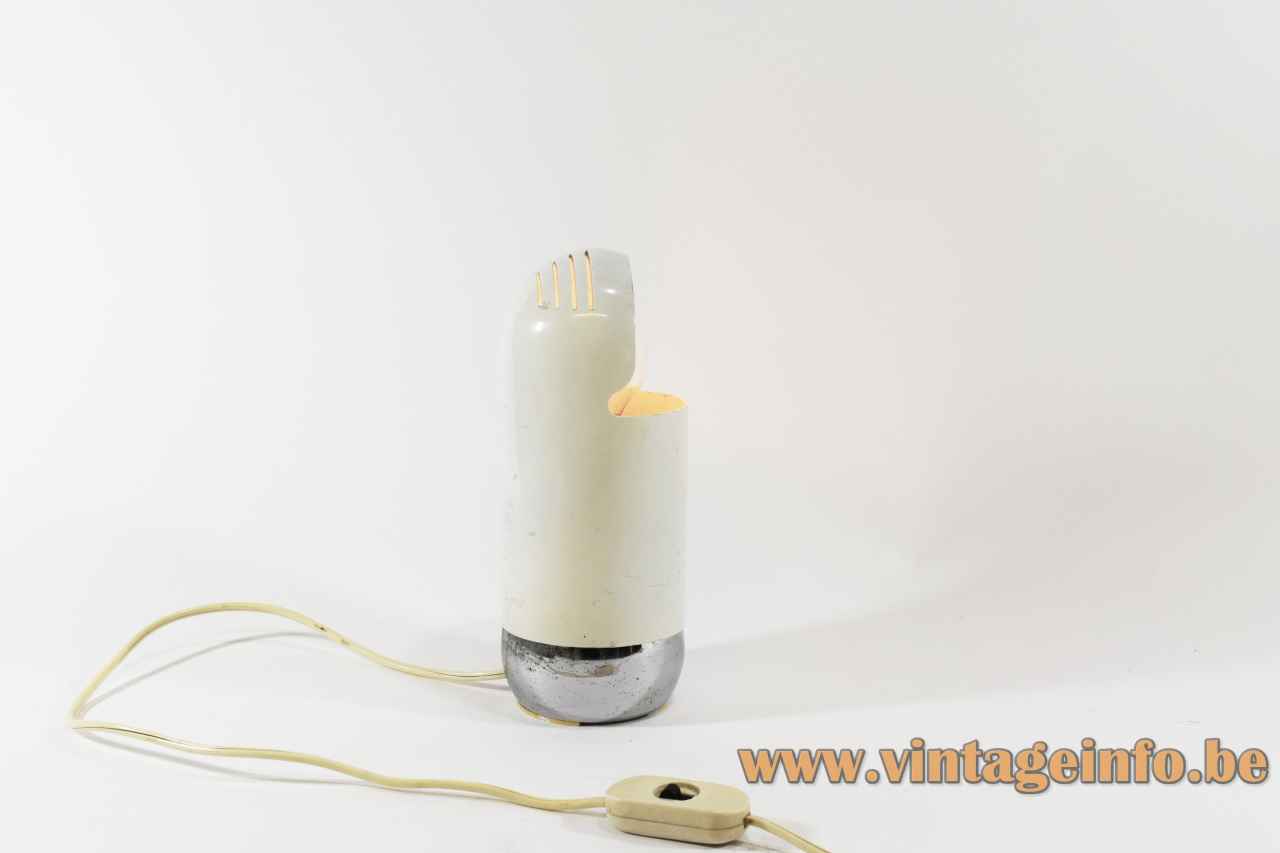 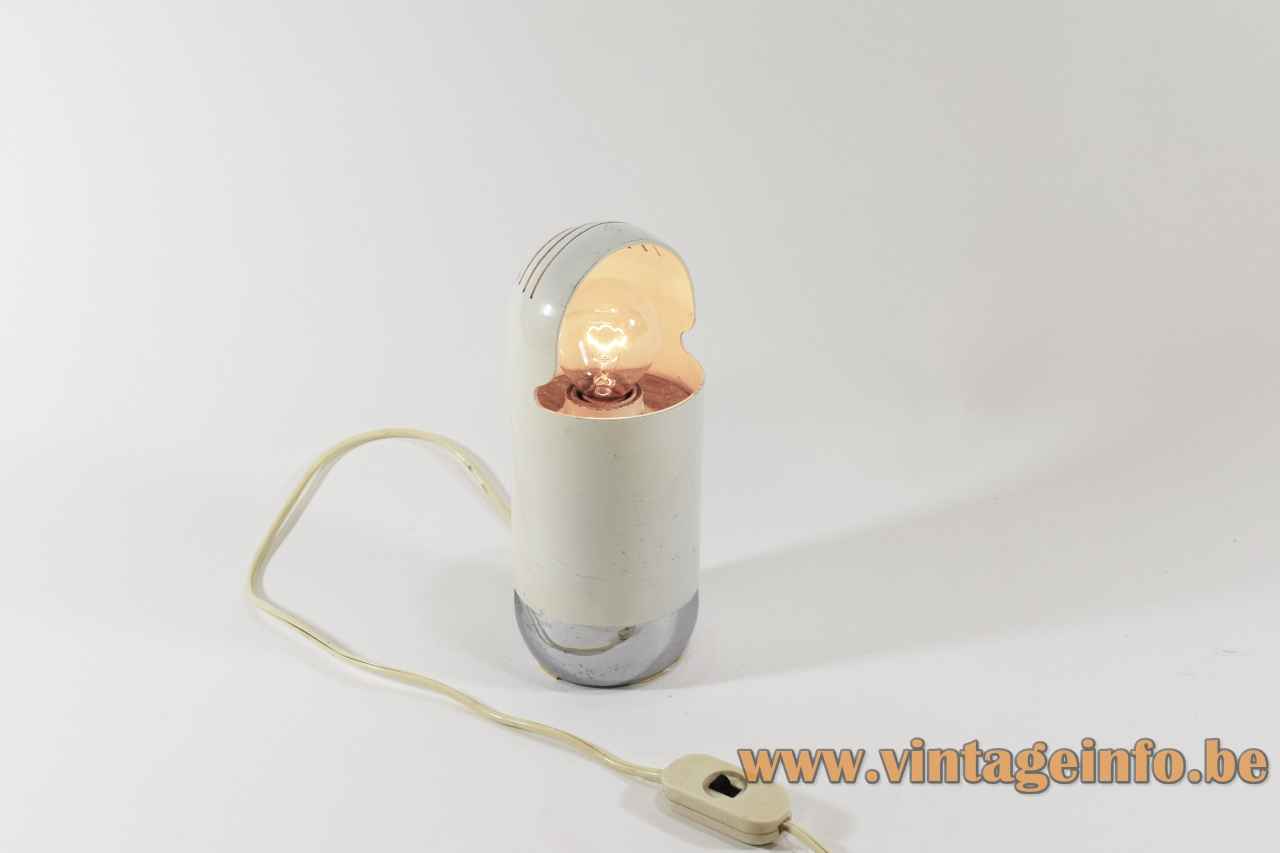 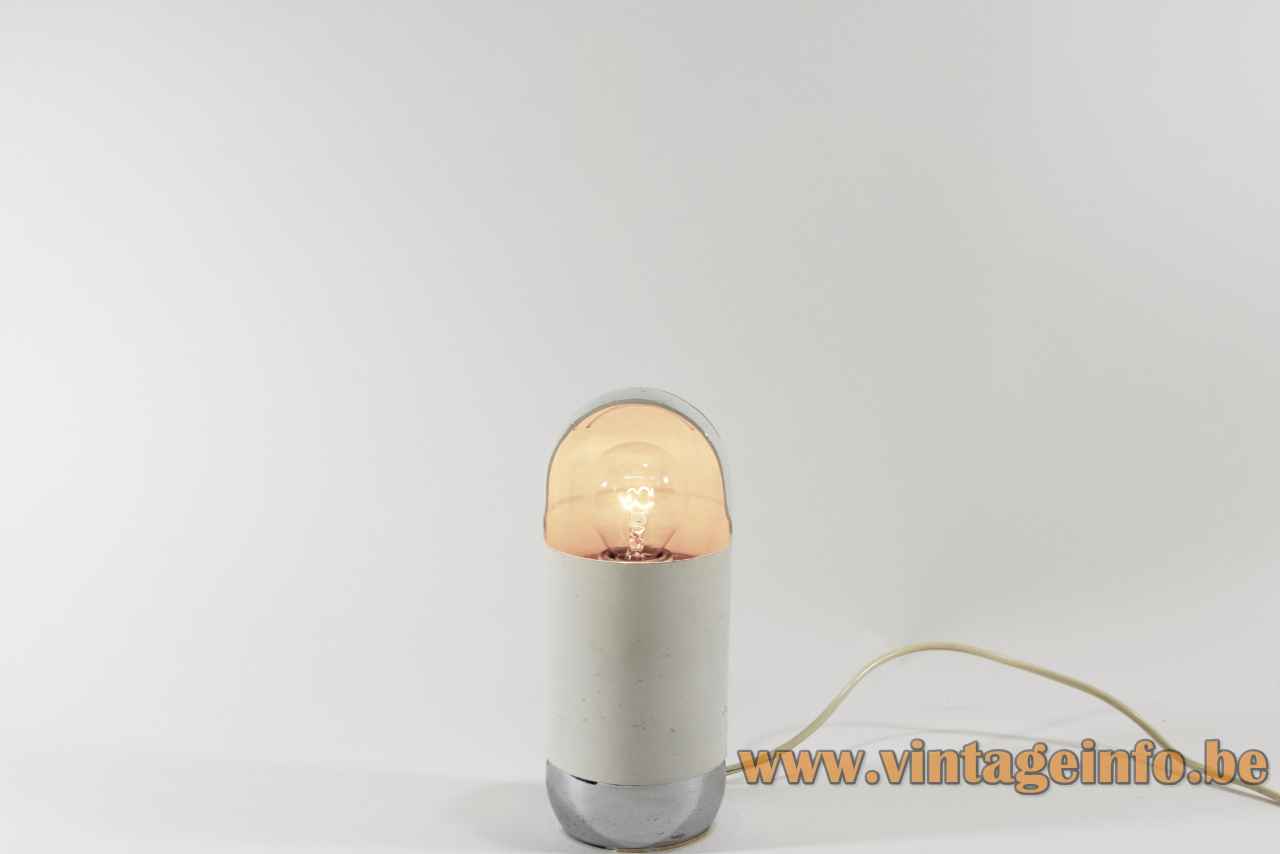 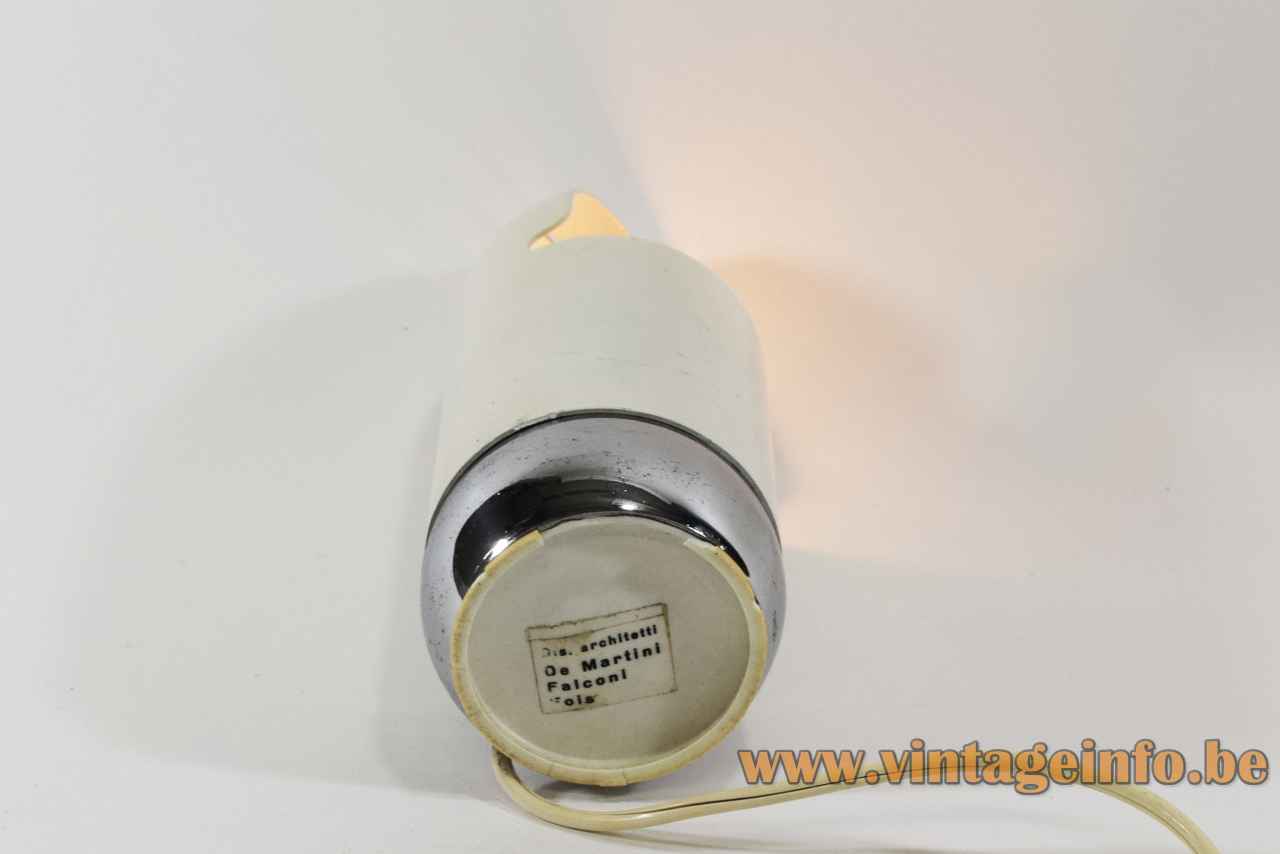 
Other versions: This Reggiani table lamp 2294 exists in several colours. Also floor lamps and table lamps were produced. You can  find these lamps with this label or a Reggiani label on the bottom.

Martini Falconi Fois Architetti was a design bureau founded by Piero De Martini, (Laura?) Falconi and Francesco Fois. The company designed several lamps for Reggiani. Piero De Martini, born in Milan in 1939, is the most well known designer. He graduated in Architecture in 1964.

Since 1969 he began to design and in 1975 he began to collaborate with furniture maker Cassina. In addition to his activity as a designer, he dedicates himself to music. In 2018 Piero De Martini wrote the book “Le case della musica” (The houses of music) published by Il Saggiatore.