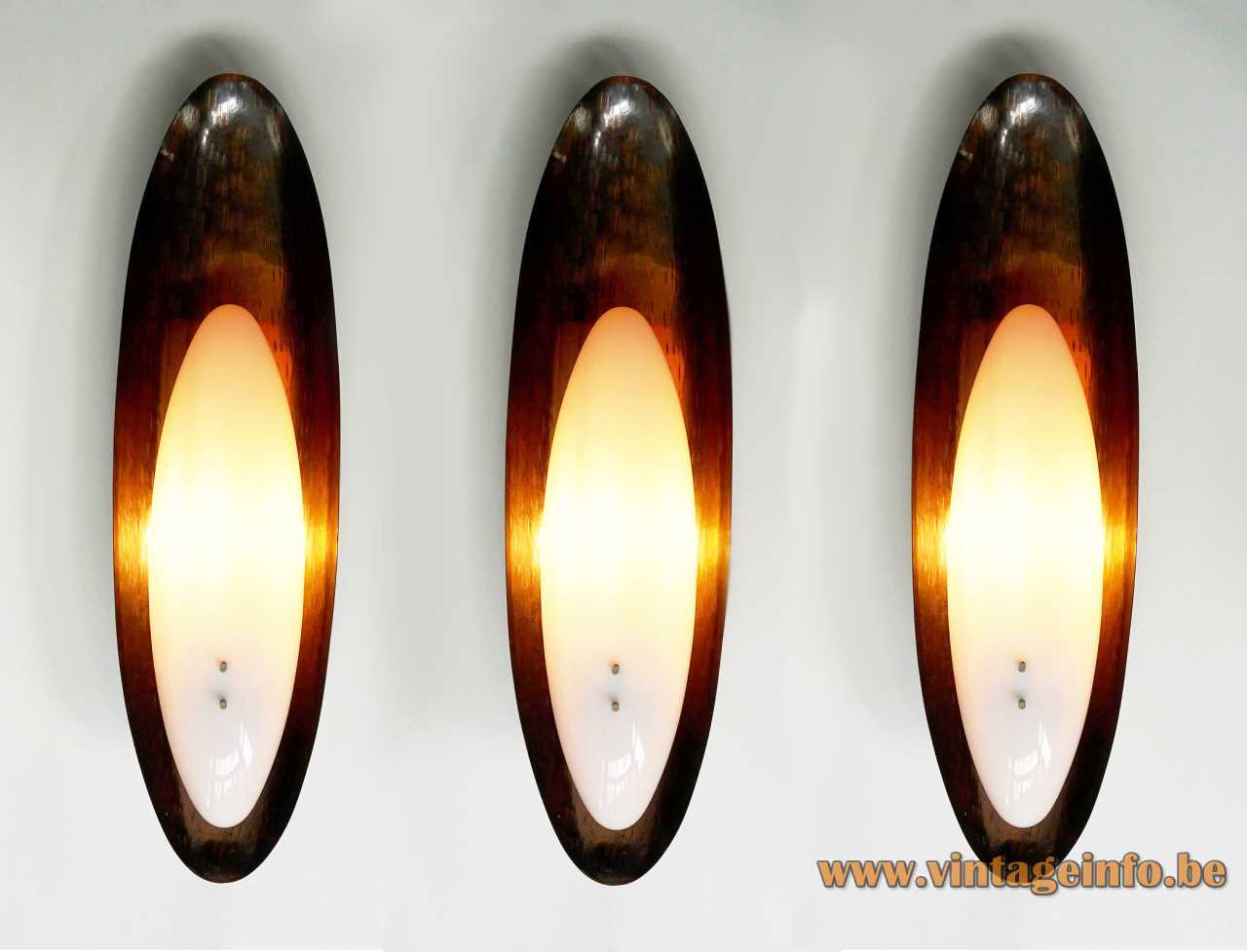 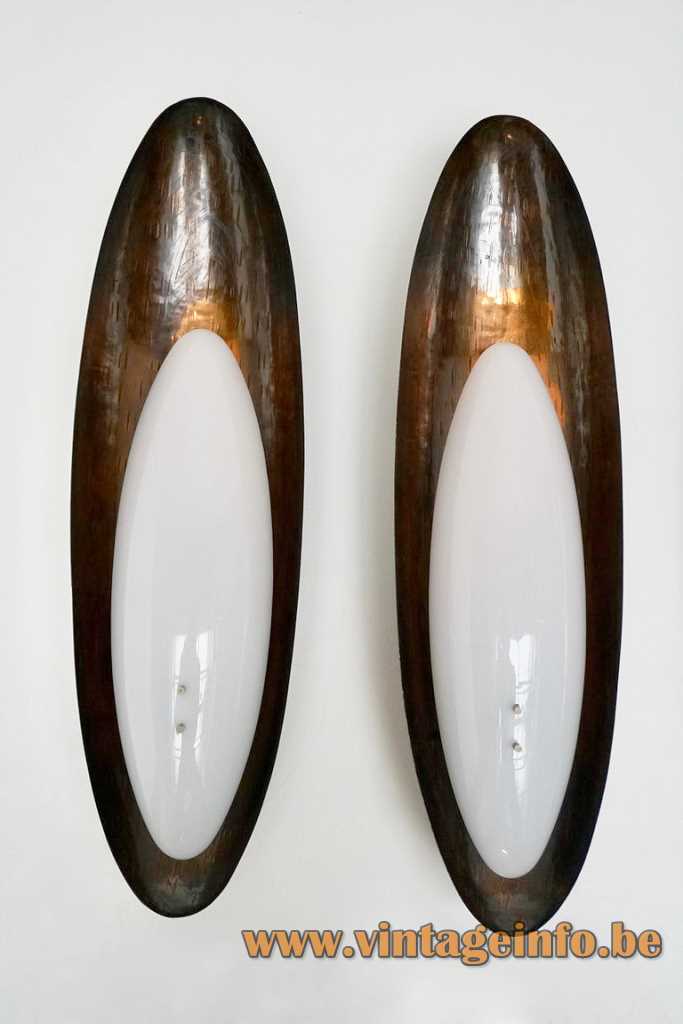 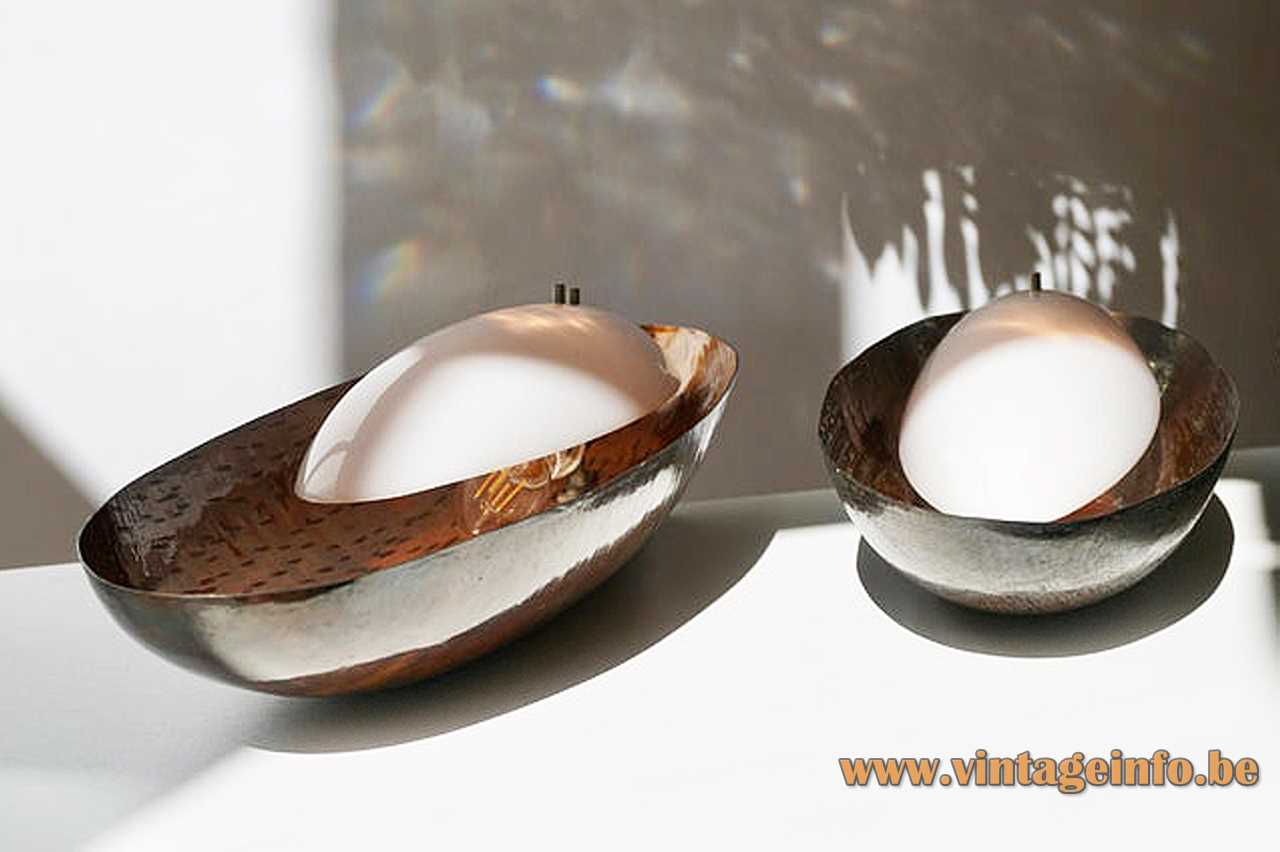 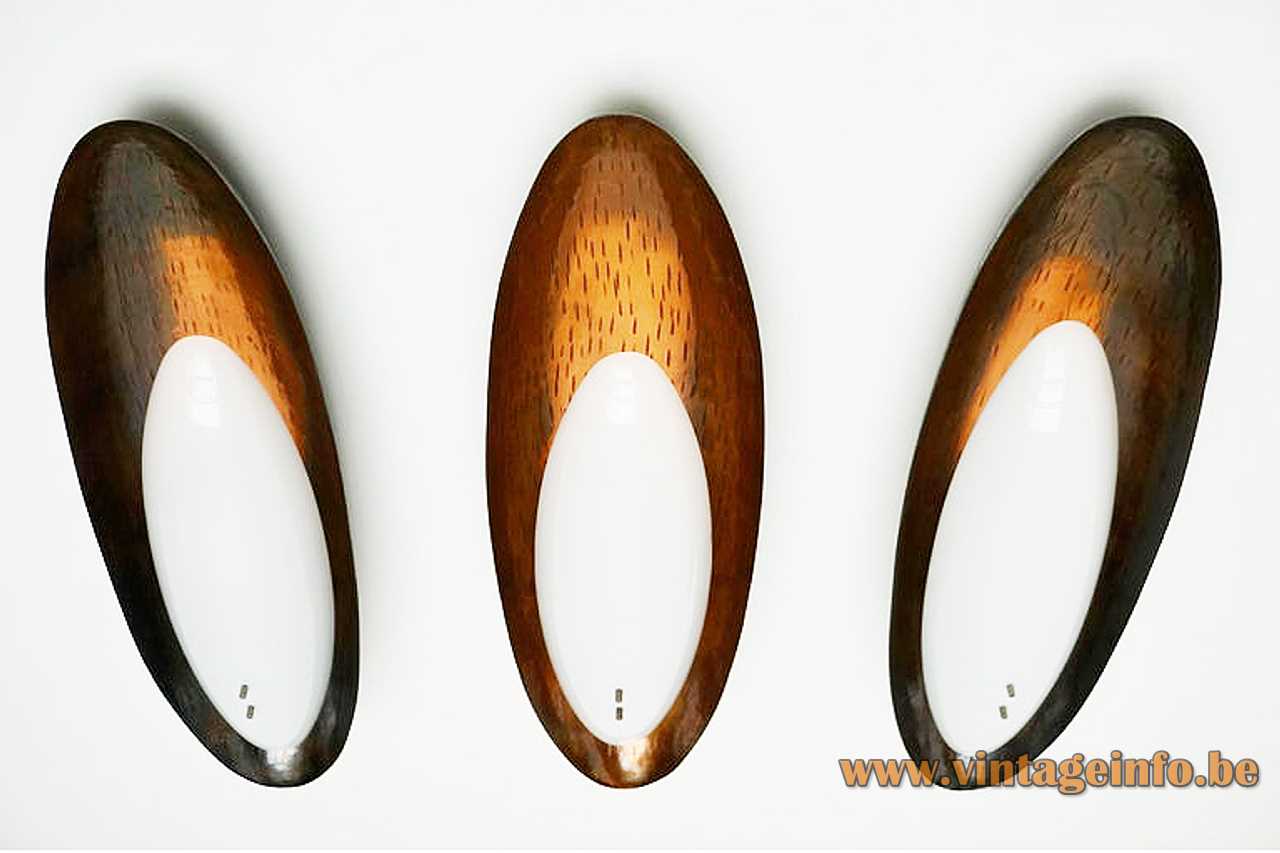 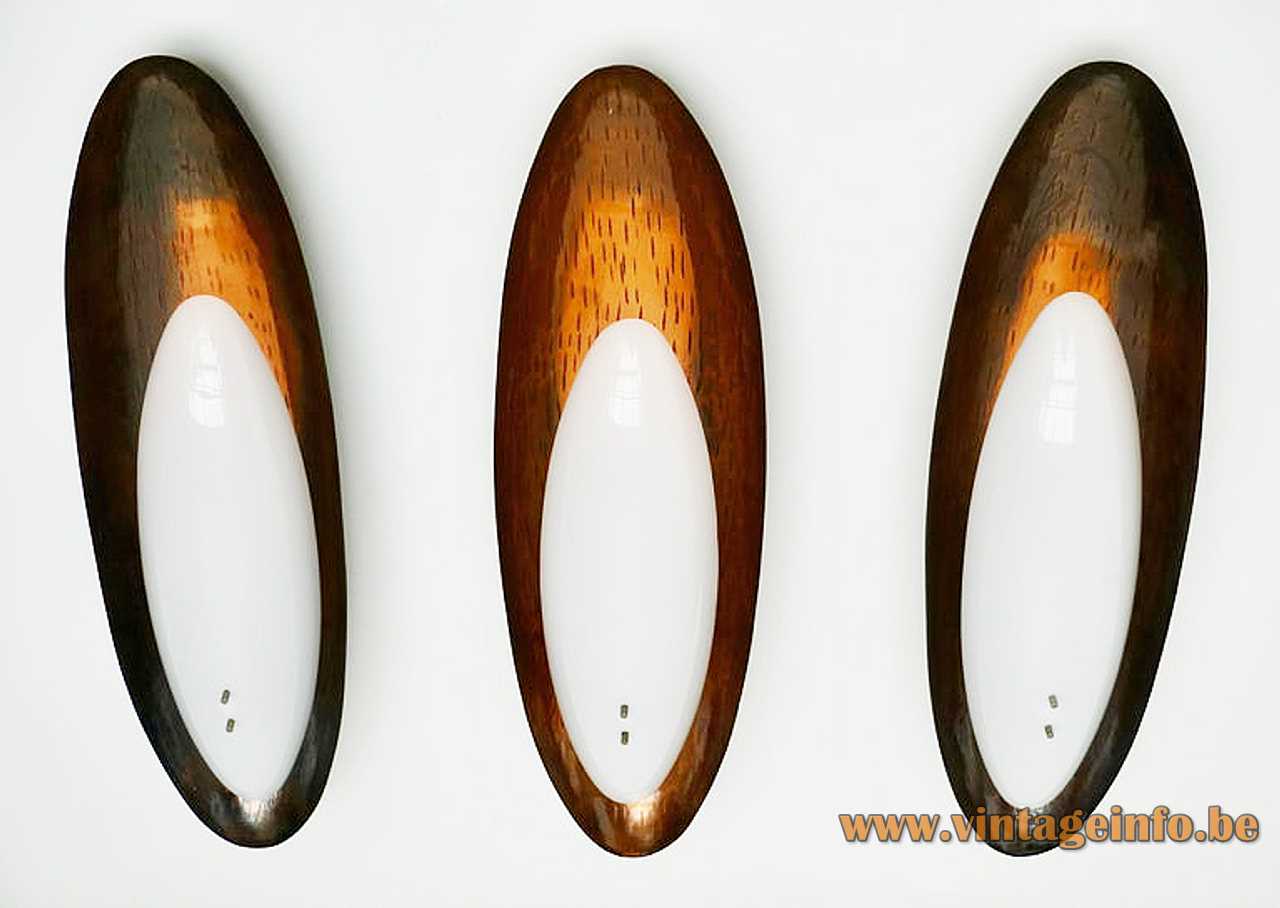 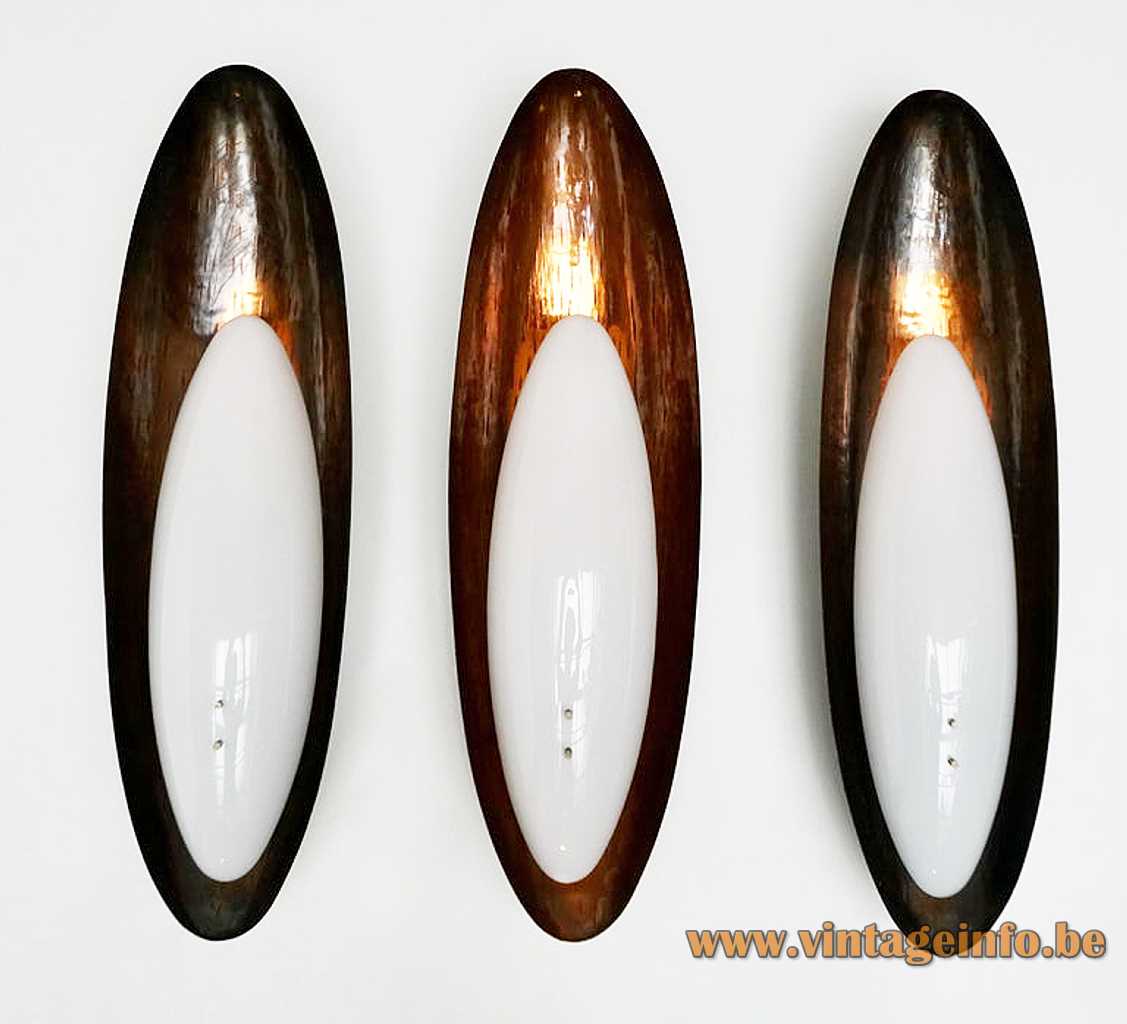 Other versions: This Reggiani oval copper wall lamp exists in several versions. Also floor lamps were produced. A similar design was used for wall and floor lamps in wood. They have opal glass lampshades, as you can see below. 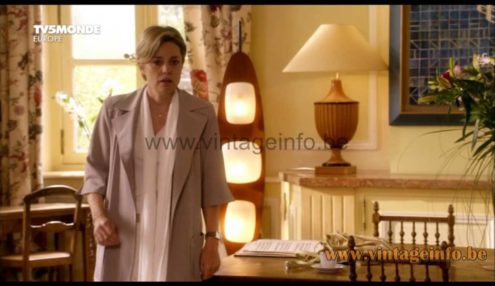