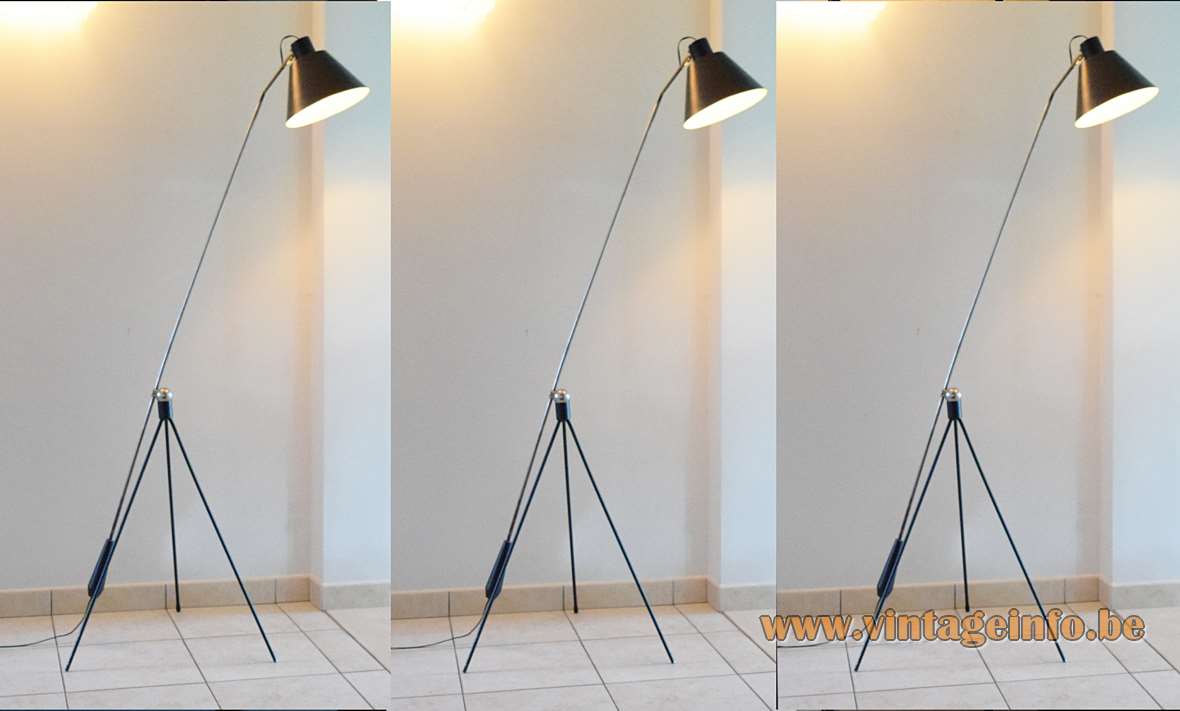 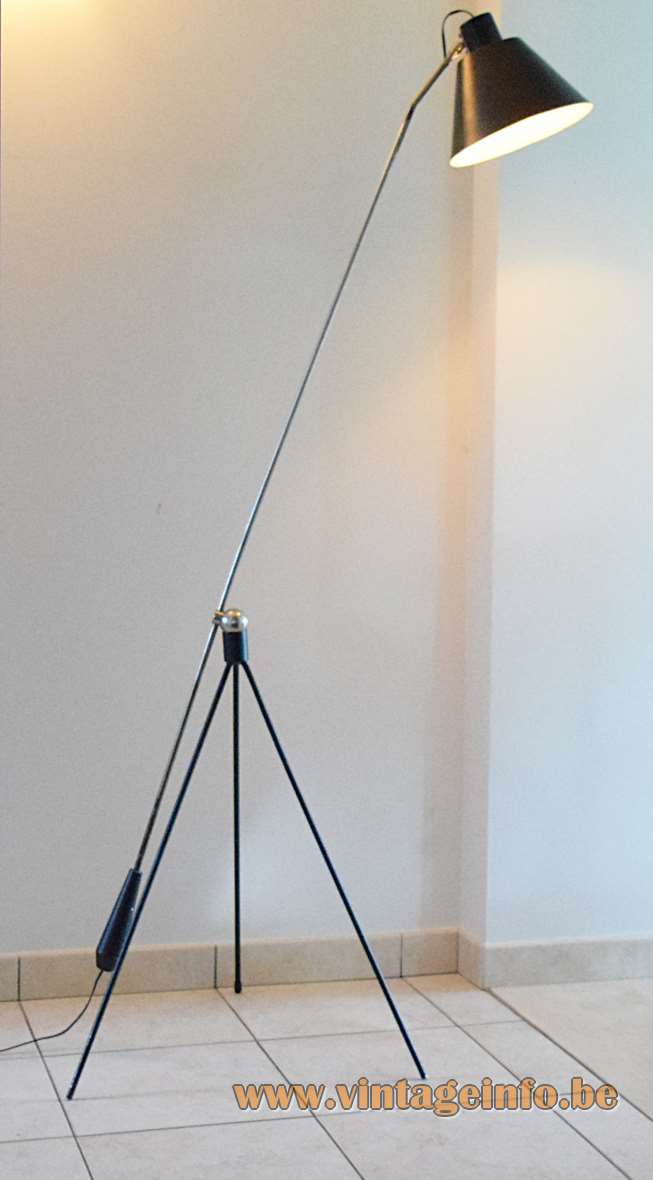 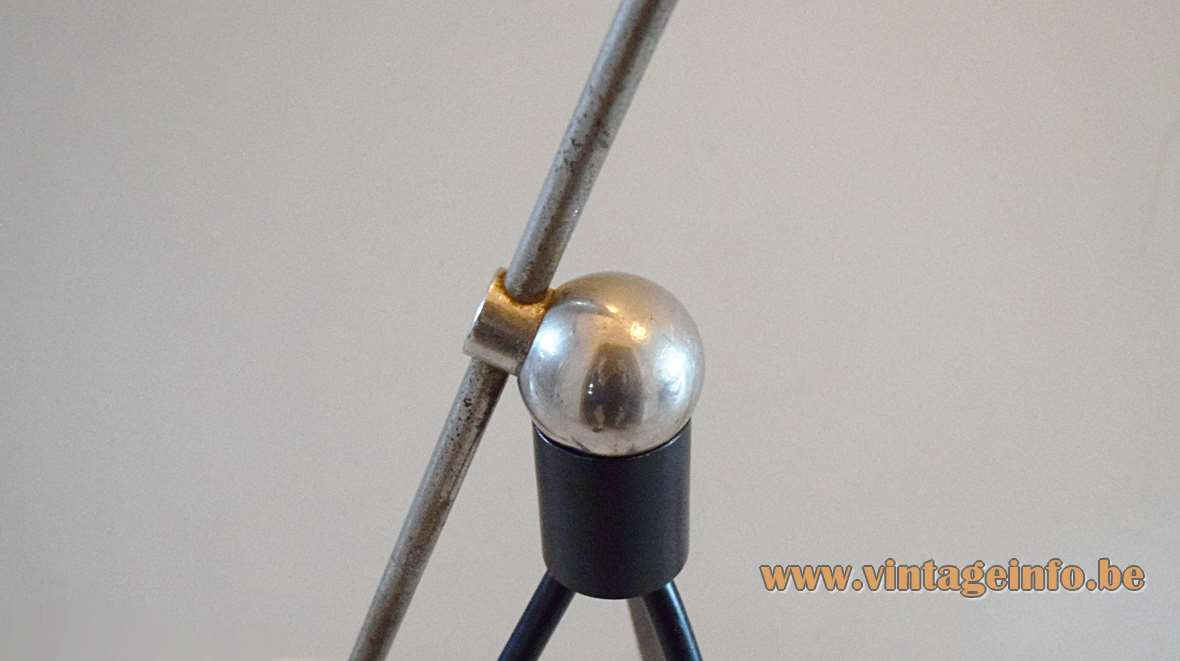 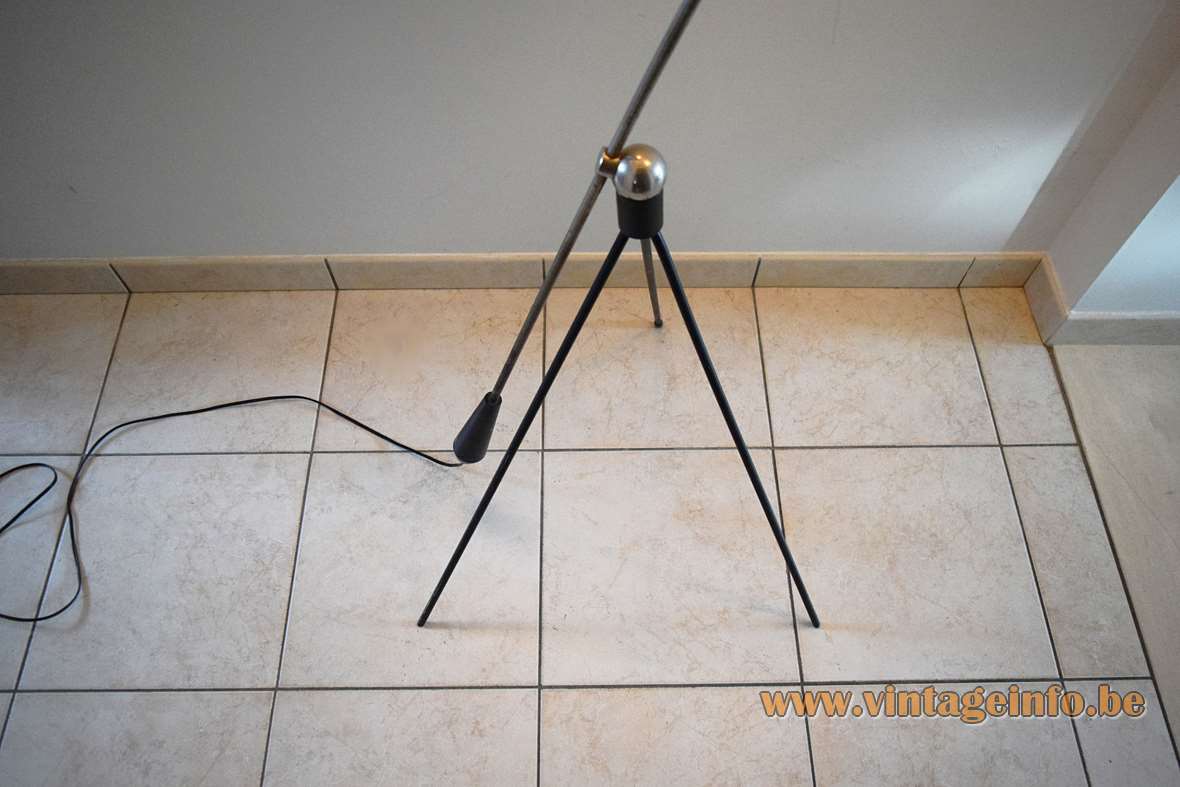 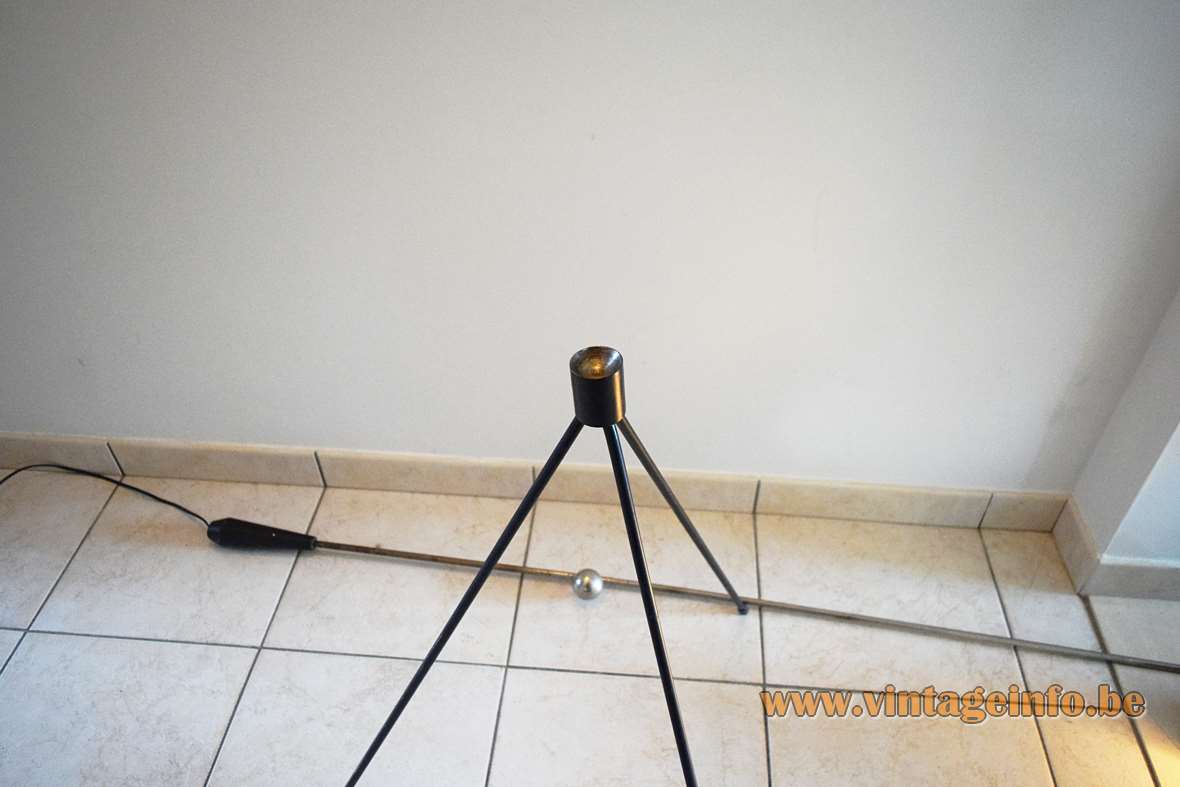 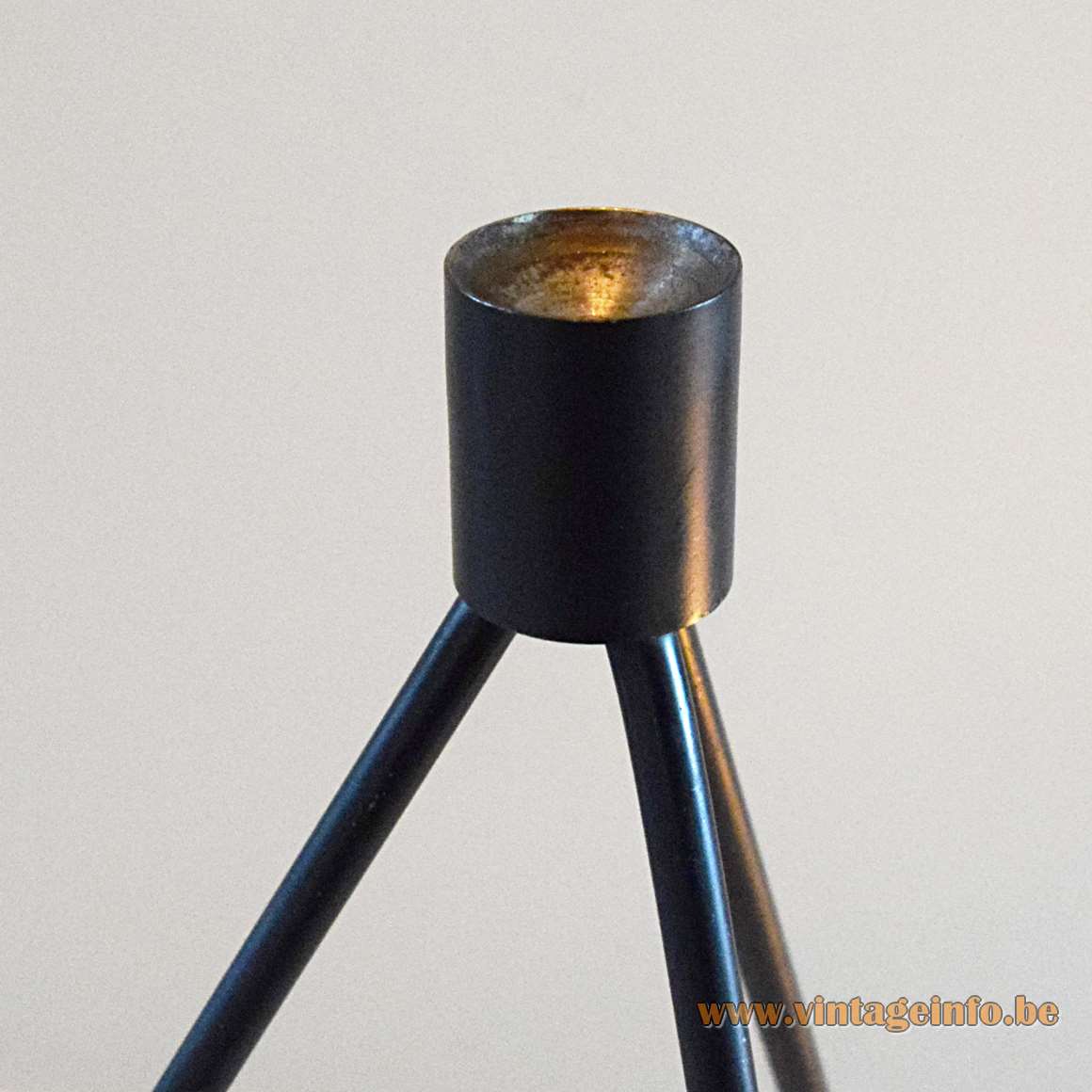 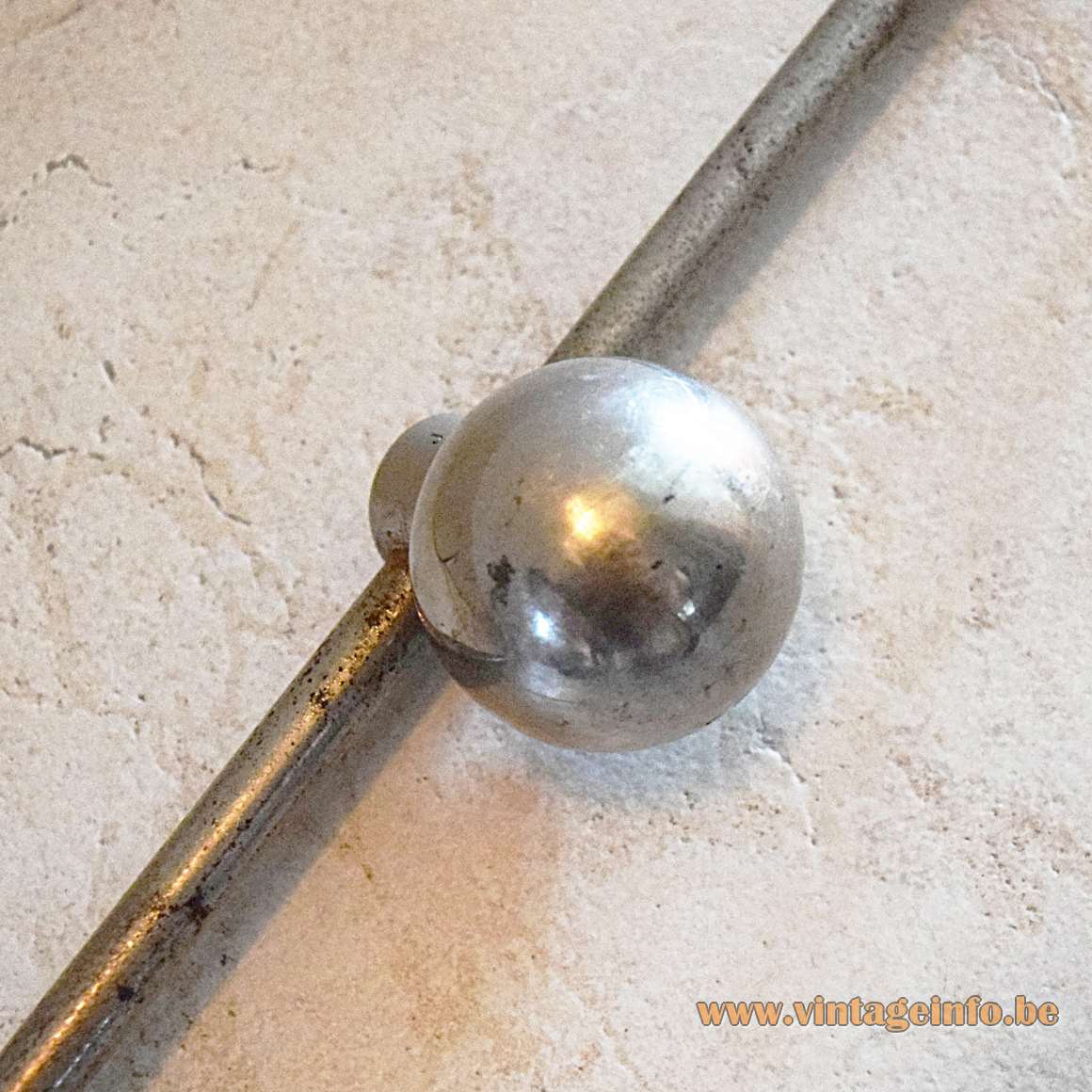 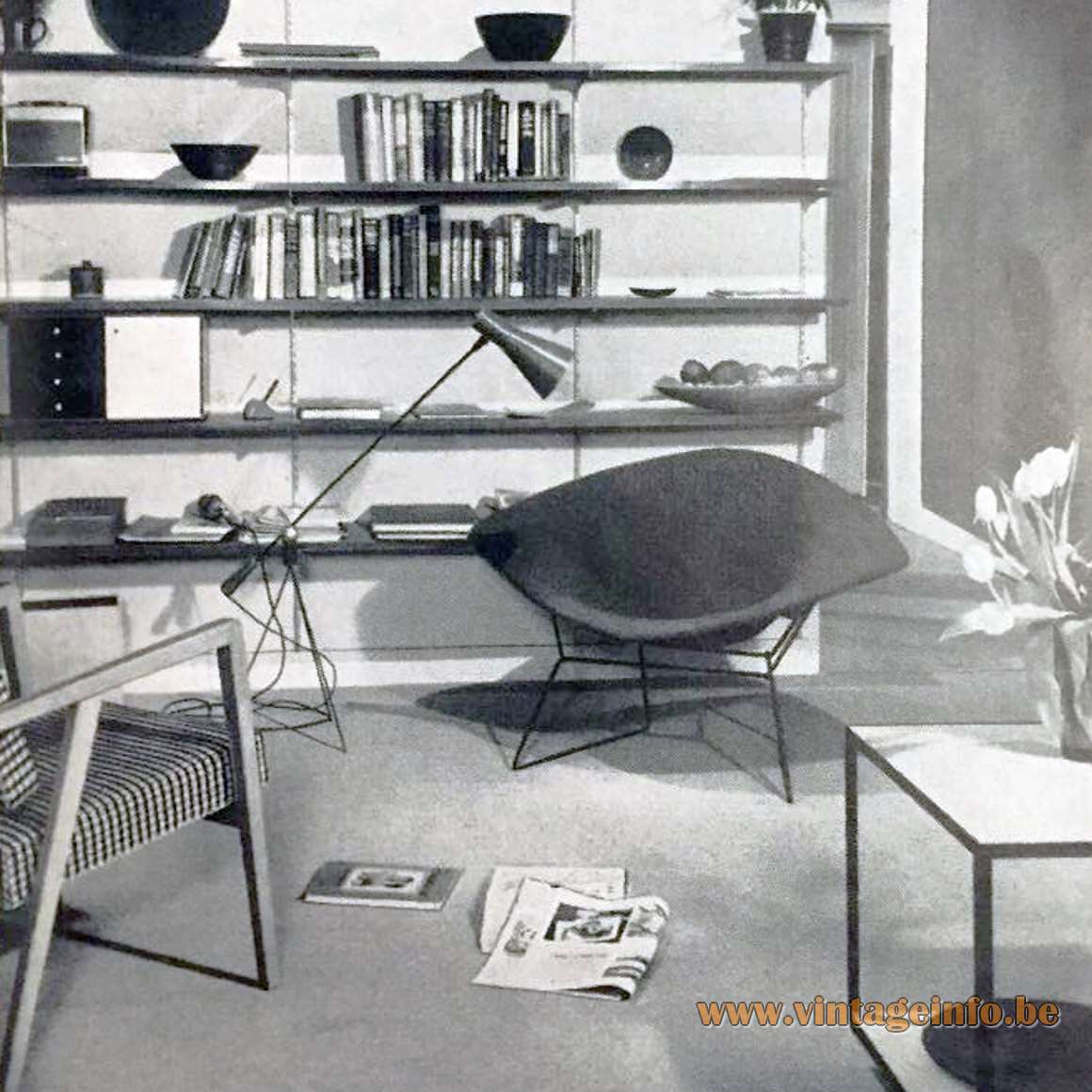 Designer: Made after the design by Gilbert Allen ‘Gil’ Watrous in 1950.

Other versions: The lampshade of this Artiforte Magneto floor lamp exists in several colours and forms. Other magnetic floor lamps were also produced by Artiforte.

This floor lamp was produced for the first time by the American company Heifetz, when Gilbert Watrous (1918-1991) won the 1951 design competition organised by the MOMA, the Museum Of Modern Art in New York. Heifetz produced this lamp in many variations and also as a table lamp.

Artiforte, not to be confused with Artifort, also a Dutch company that still exists and is best known for the seats it produces designed by the famous French designer Pierre Paulin.

The firm Artiforte was a small company based in Rotterdam and active from the 1950s until the end of the 1960s. Little is known about the company, only the beautiful lamps remain. The company also produced the St46 floor lamp and the Libra floor lamp designed by Kho Liang Ie (1927-1975), a Dutch designer with a Chinese background. He is best known for designing some of the interior of the Amsterdam Airport Schiphol.

The Magneto floor lamp was produced approximately from the mid 1950s until 1960. The round chromed metal ball contains a strong magnet and is almost glued on the tripod when placed on top of it. It smoothly turns in every direction due to the lampshade and the counterweight which are in perfect balance. It can turn in every direction and always stays stable in position.

Often attributed to H. Fillekes, because it is said in several designmagazines from that period such as the Dutch Goed Wonen (Living Well) magazine. But you can’t say that he designed this lamp. The only difference is the lampshade and some small details. Fillekes designed many lamps lamps for Artiforte, as published in several catalogues. He also was the owner of the company. 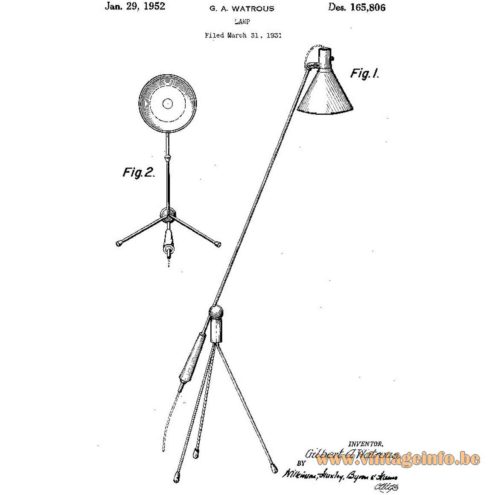 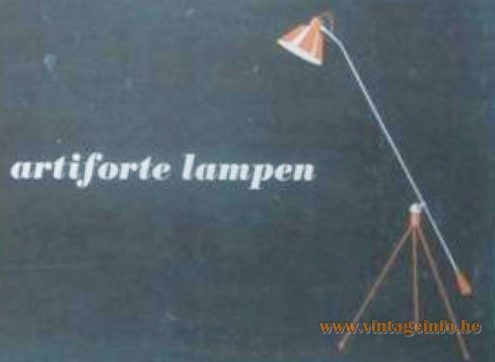