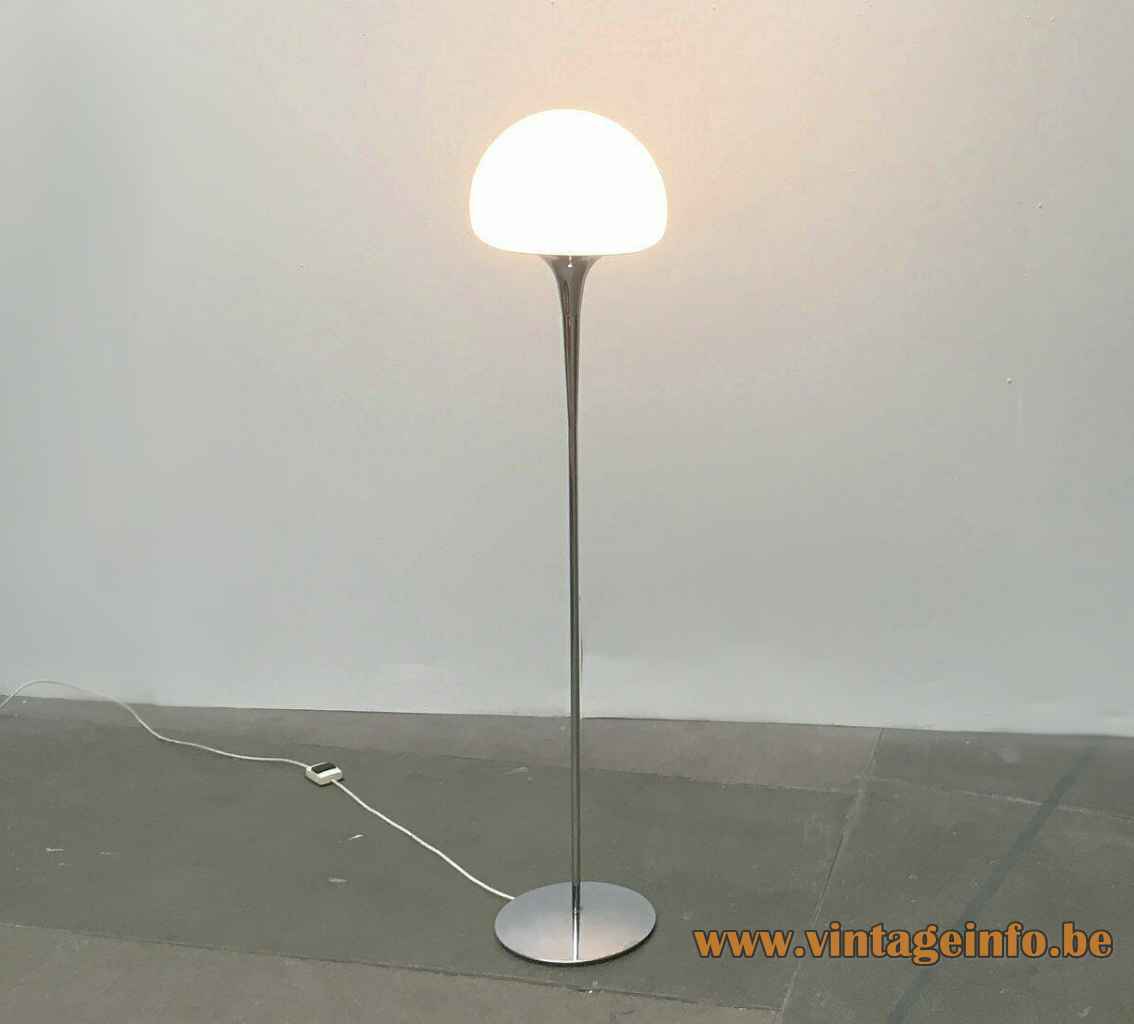 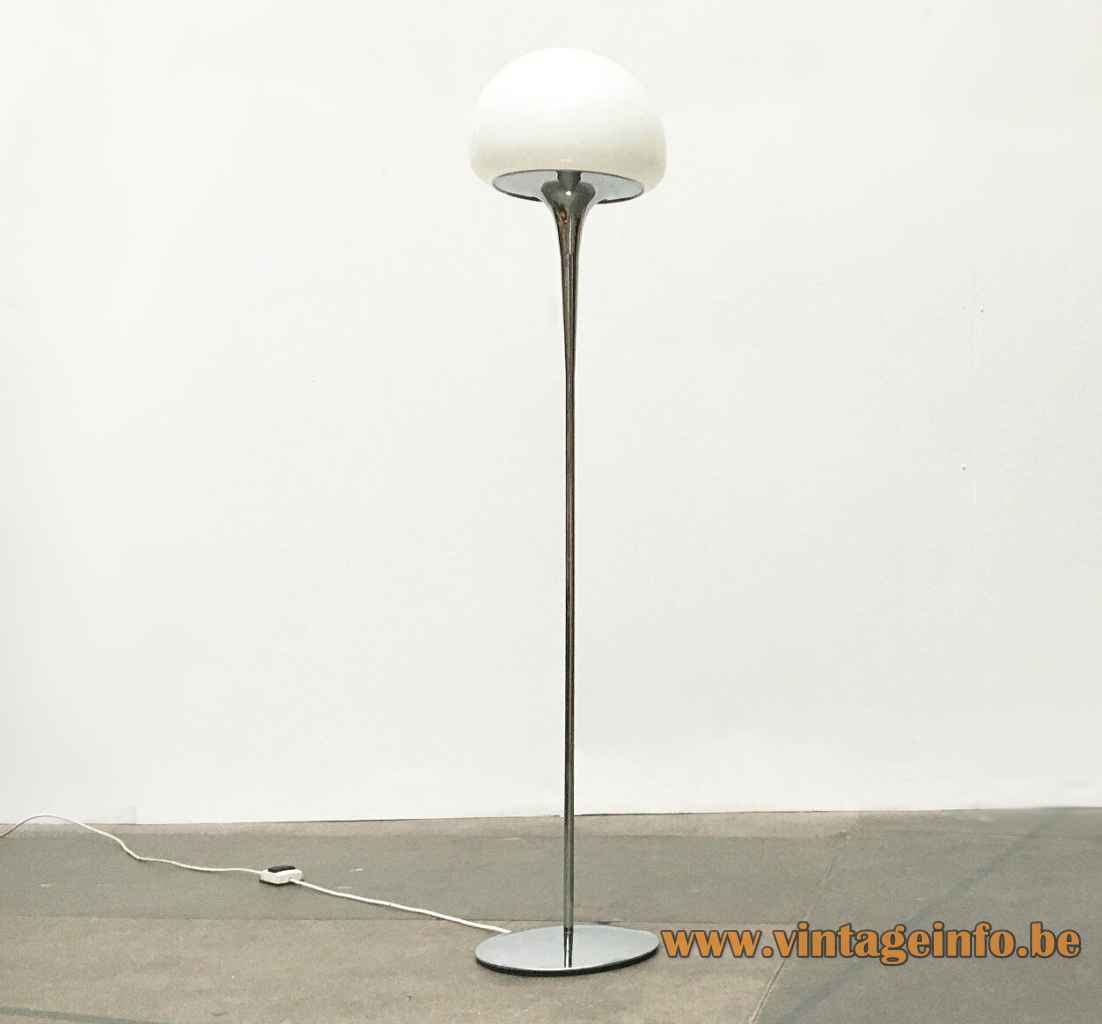 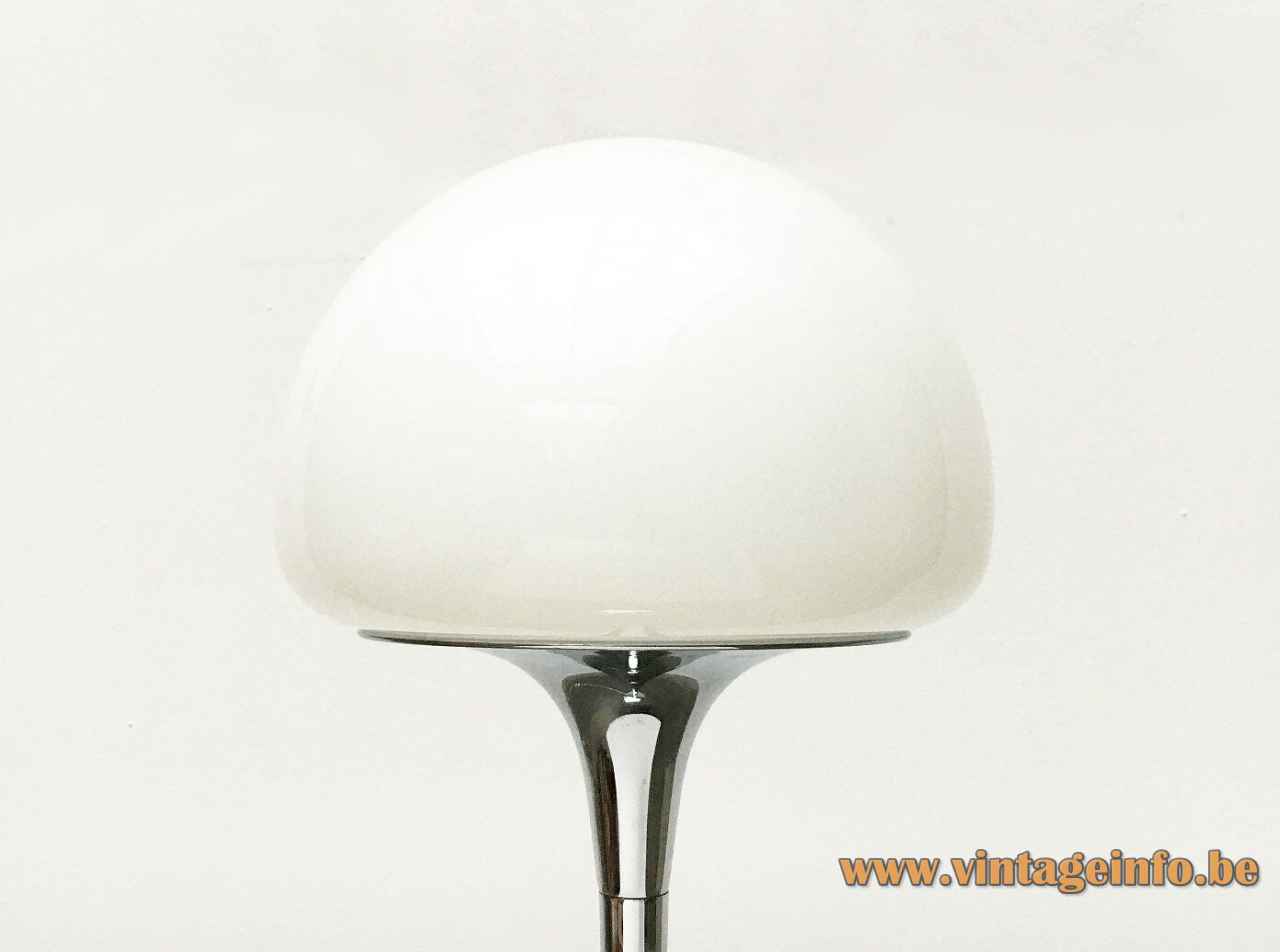 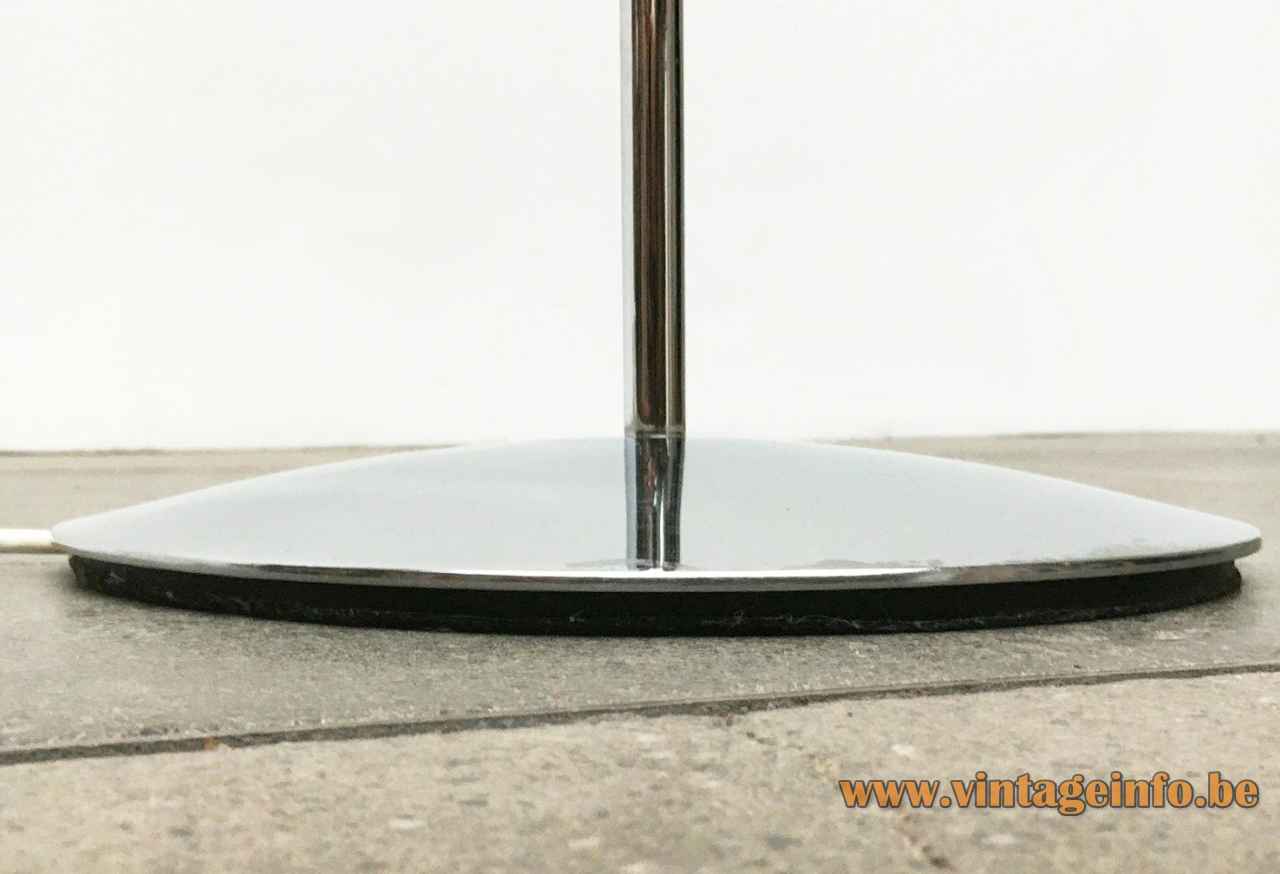 Other versions: This Reggiani half globe floor lamp exists in several versions. Als table lamps, pendant lamps, chandeliers, wall lamps and desk lamps exists with this type of opal glass lampshade. Not only Reggiani used this type of lampshade. You find them with lamps from Sciolari, S.A. Boulanger, Estiluz, Massive, and so on.

The original design of this lamp is the Martinelli Luce model 2132 floor lamp by Elio Martinelli. It has a different base.

A floor lamp, almost similar with the Reggiani half globe floor lamp, was used as a prop in the Italian crime TV mini series Maltese – Il Romanzo del Commissario from 2017. Starring Kim Rossi Stuart and Rike Schmid. This floor lamp is more like the Estiluz lamp version, you can find it over here. 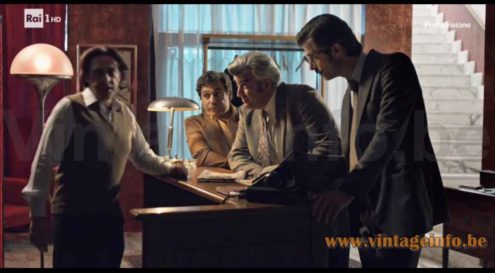