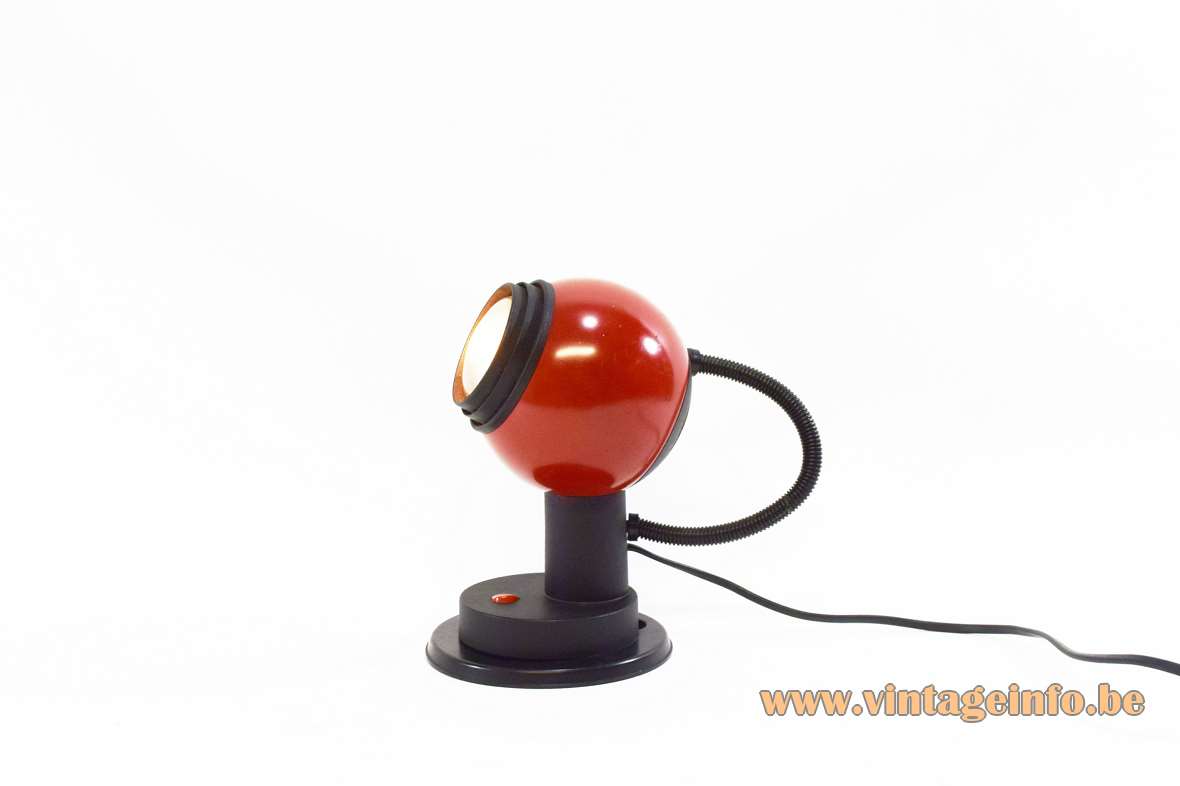 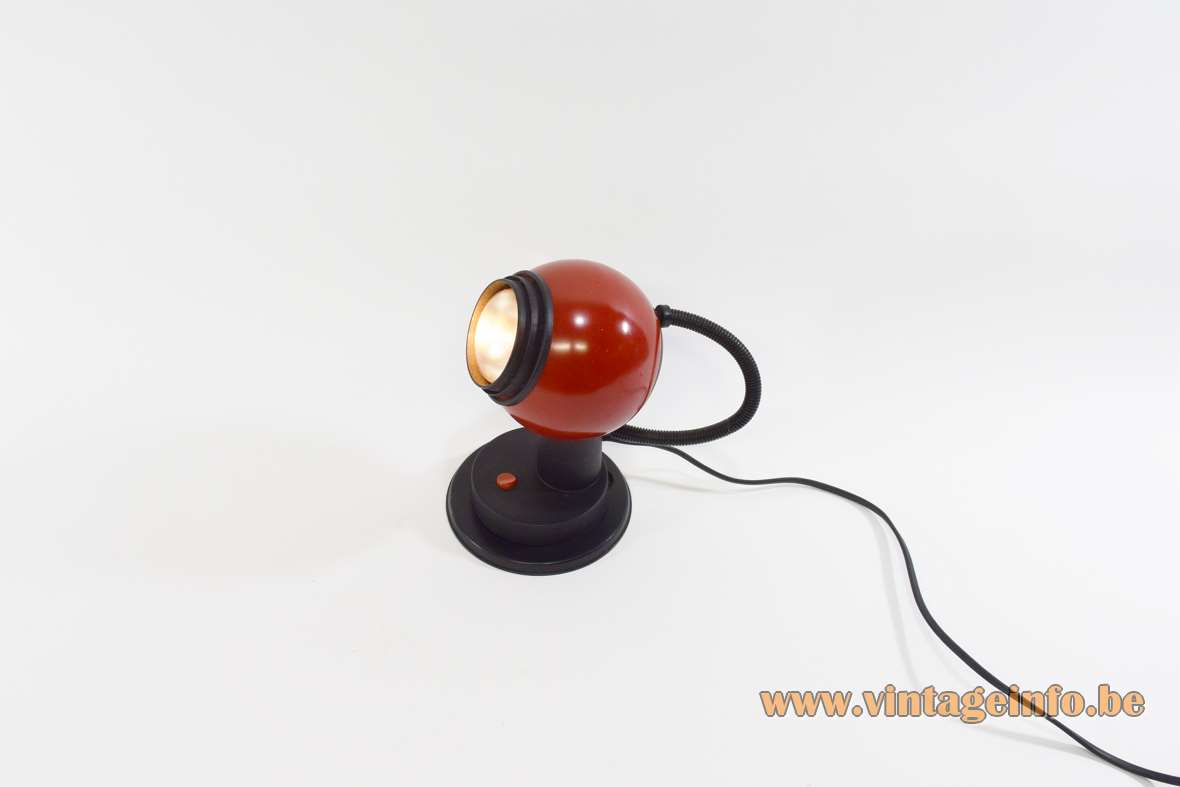 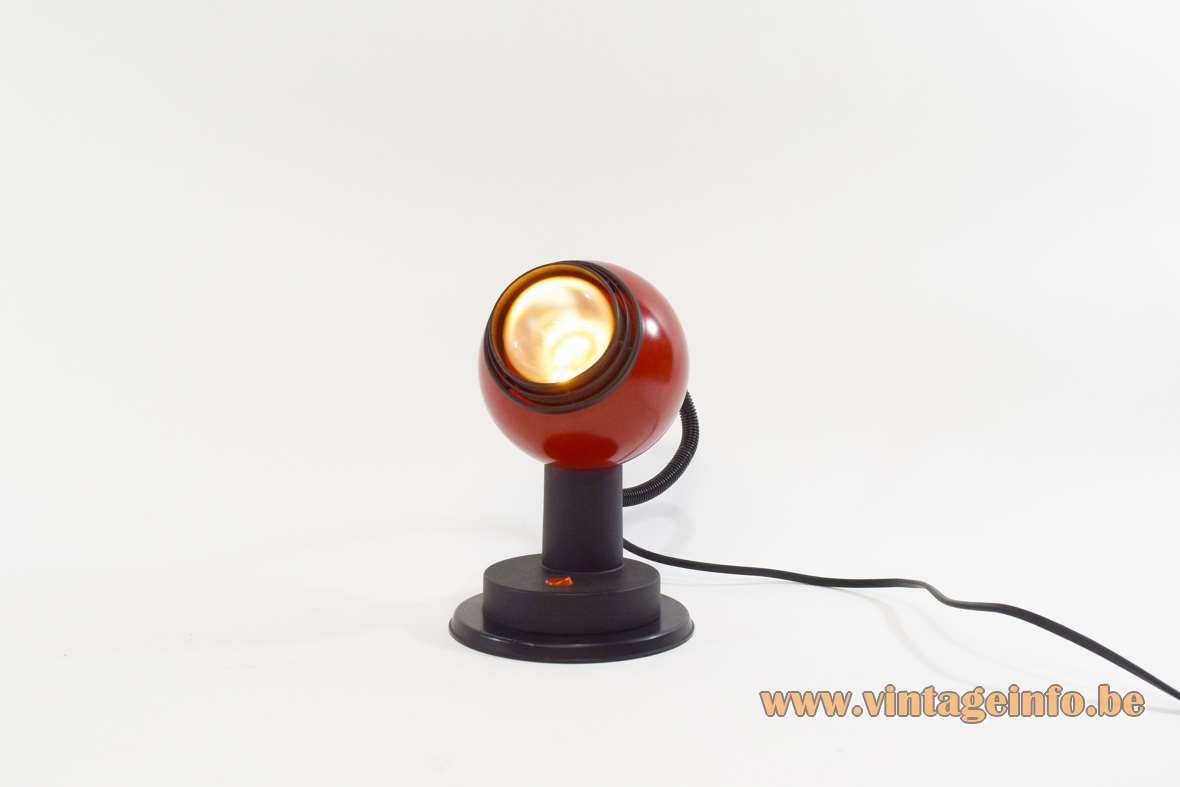 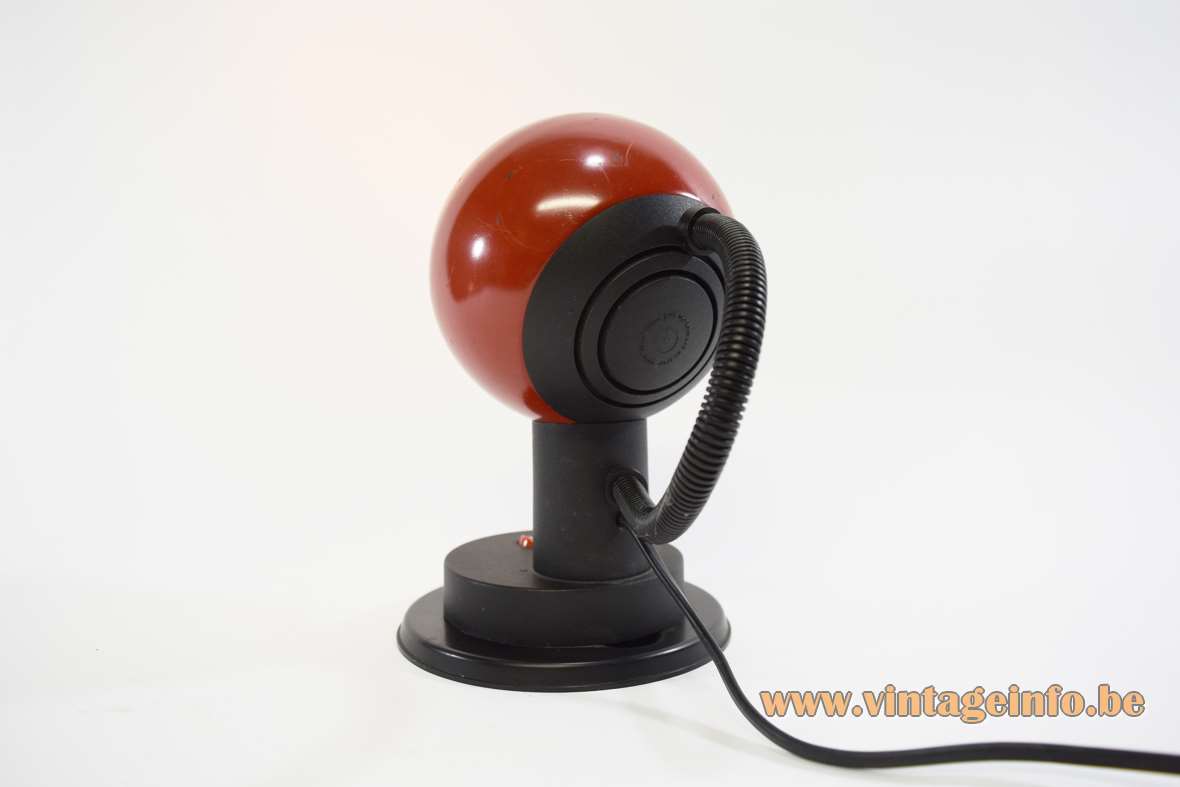 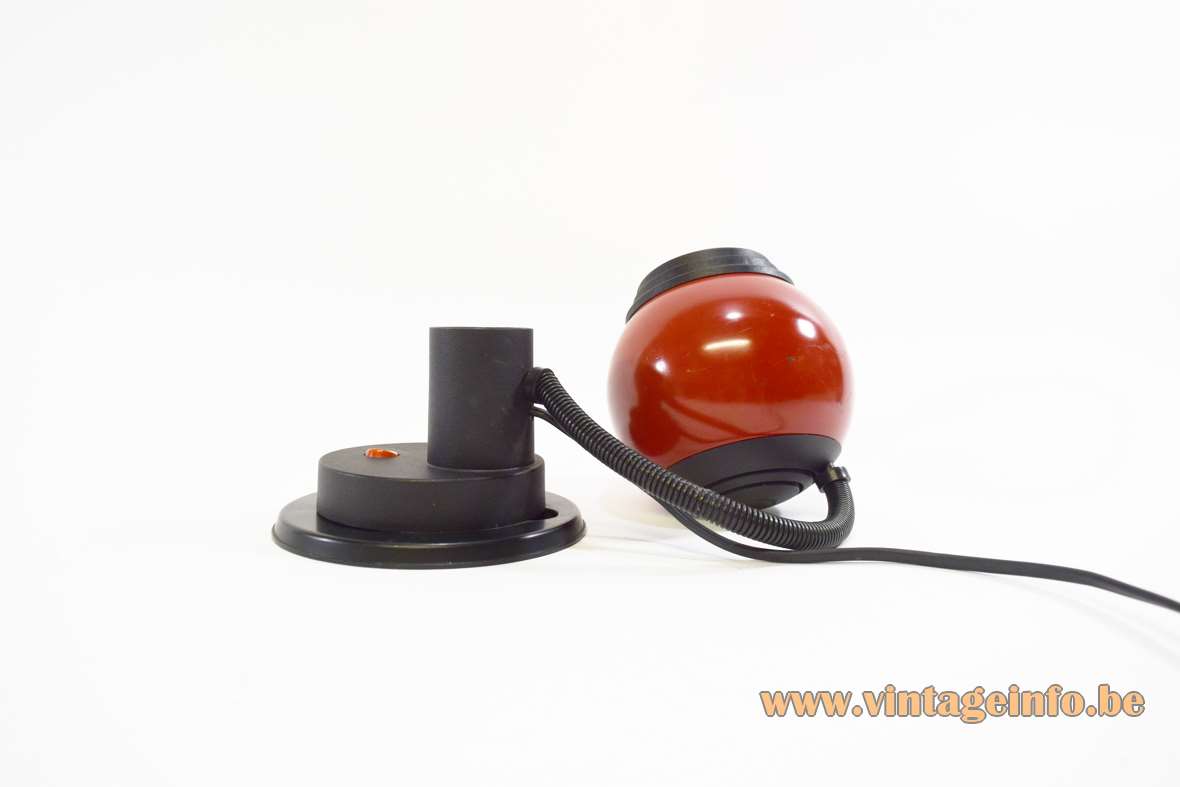 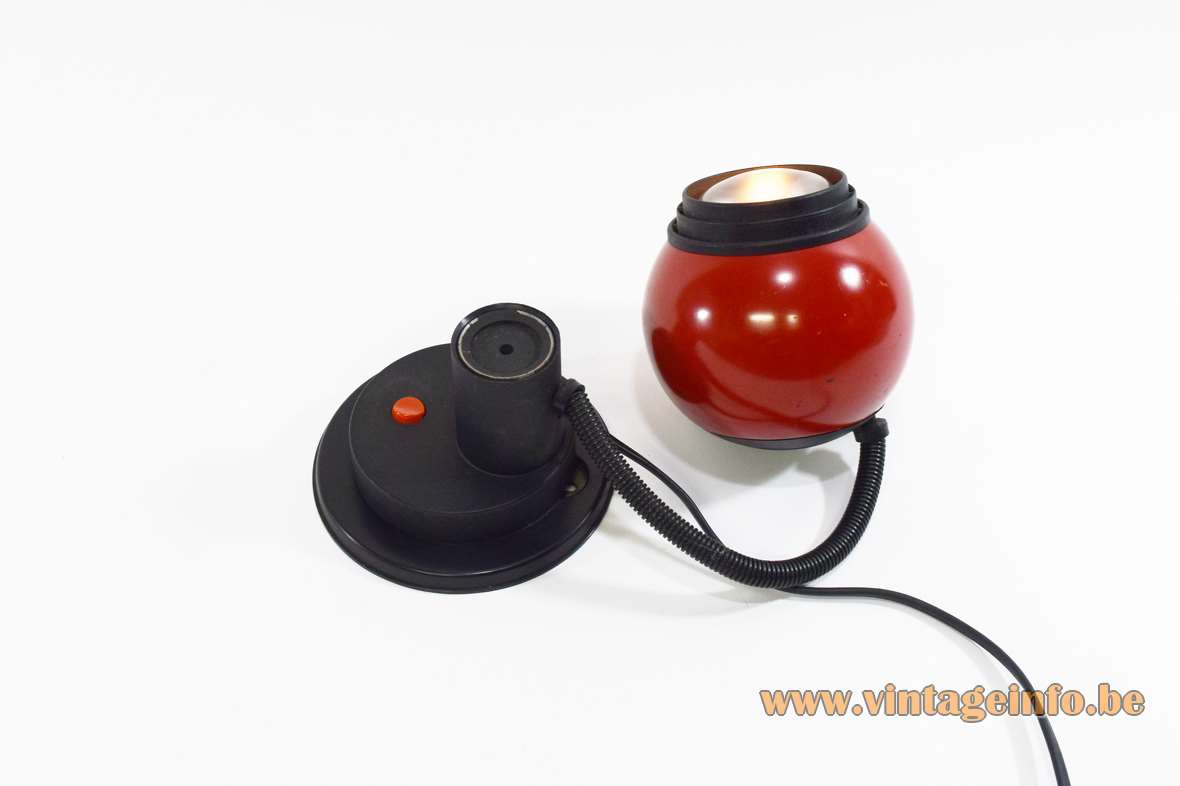 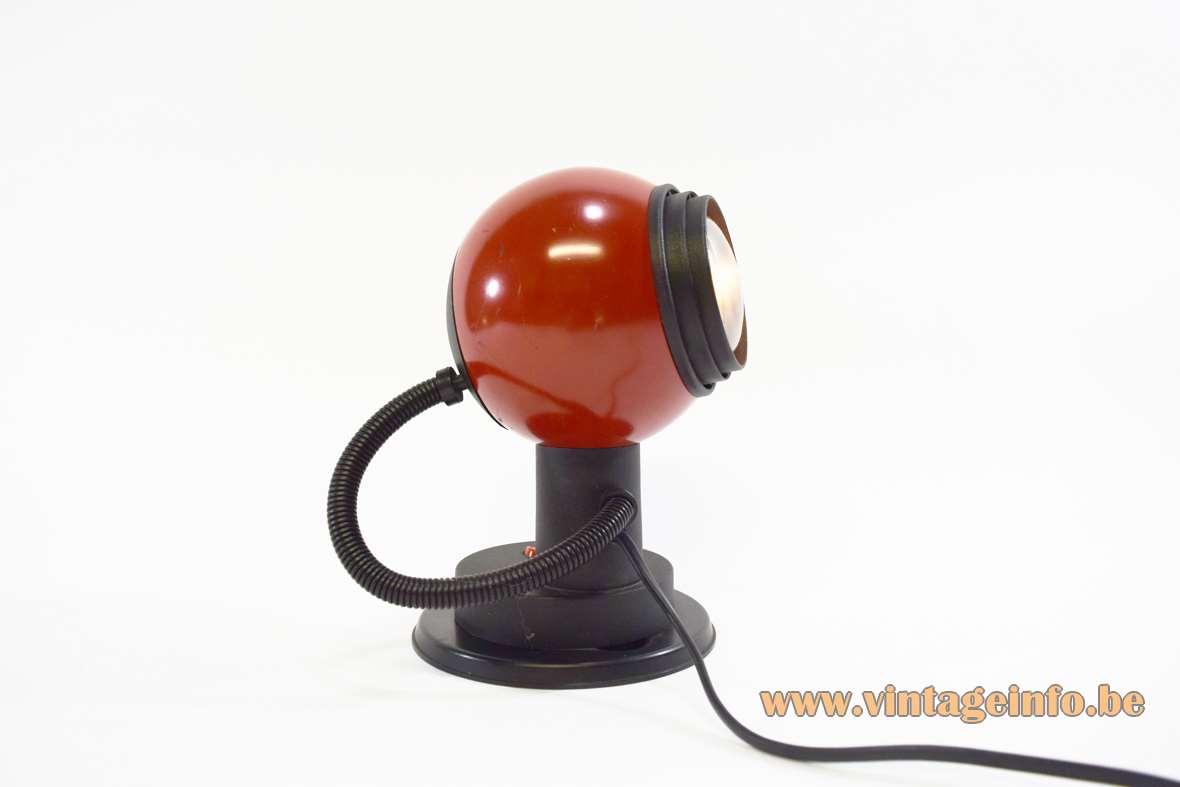 On the back of the globe is printed: “0,5 meter abstand zu brennbaren materialien”. 0.5 meter distance to combustible materials. It can be used as a table lamp, picture light or wall lamp. A recess for a hook is provided. All the electric parts were made by BJB.

The Swiss Newaba company was founded after World War II in 1945. Not much info can be found about it. Today Neweba is a brand of GO4LIGHT AG. The Swiss company results from the merger of Neweba AG and Studio Lumess AG.

The BJB company was founded in 1867 and started with petroleum lighting. The company still exists. Today they produce LED lamps, terminal blocks and connectors, lamp holders for conventional lighting and switches. They are active in the whole world. BJB GmbH & Co. KG is located on Werler Strasse 1, 59755, Arnsberg, Germany.

The BJB company confirmed that the switch is produced by them in the 1970s, but they did not made table lamps at that time. The switches were all integrated in luminaires by lamp manufacturers. Unfortunately they don’t know who made this magnetic lamp.

One of the most famous magnetic lamps was the Contrast Mini Spotlight designed by Angelo Lelii in 1962. The most well known magnetic lamps were made by the German company Osram in the 1970s and 1980s. 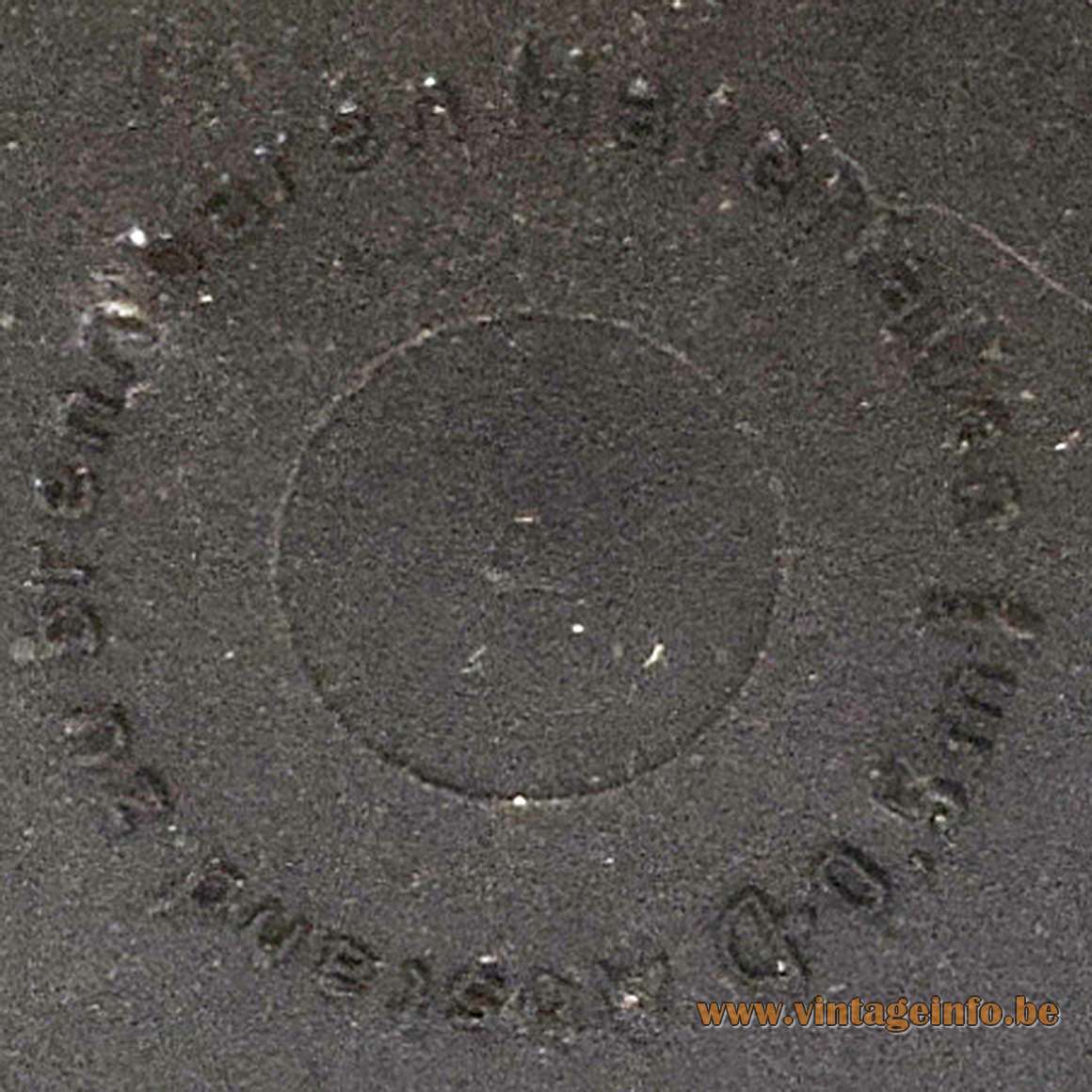 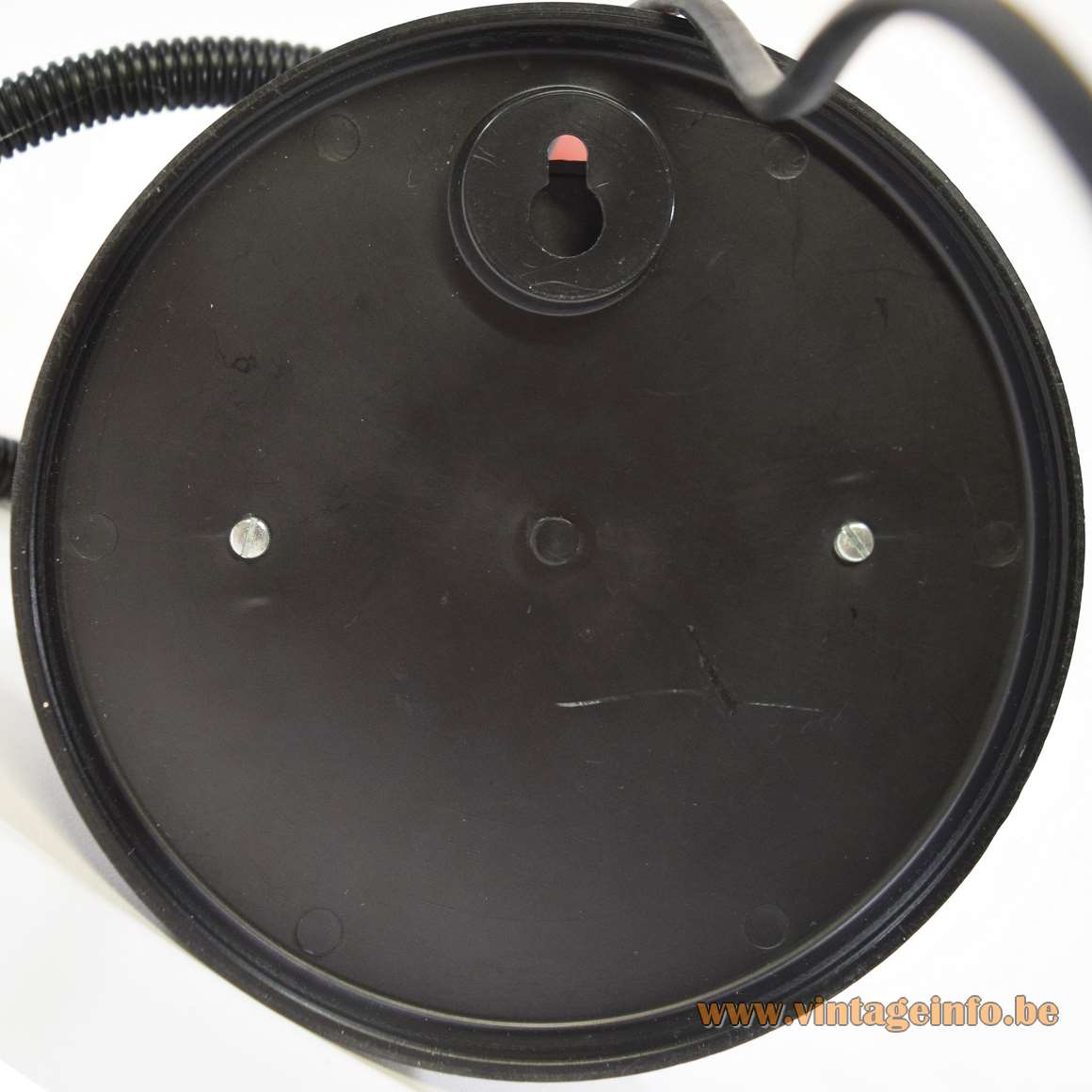