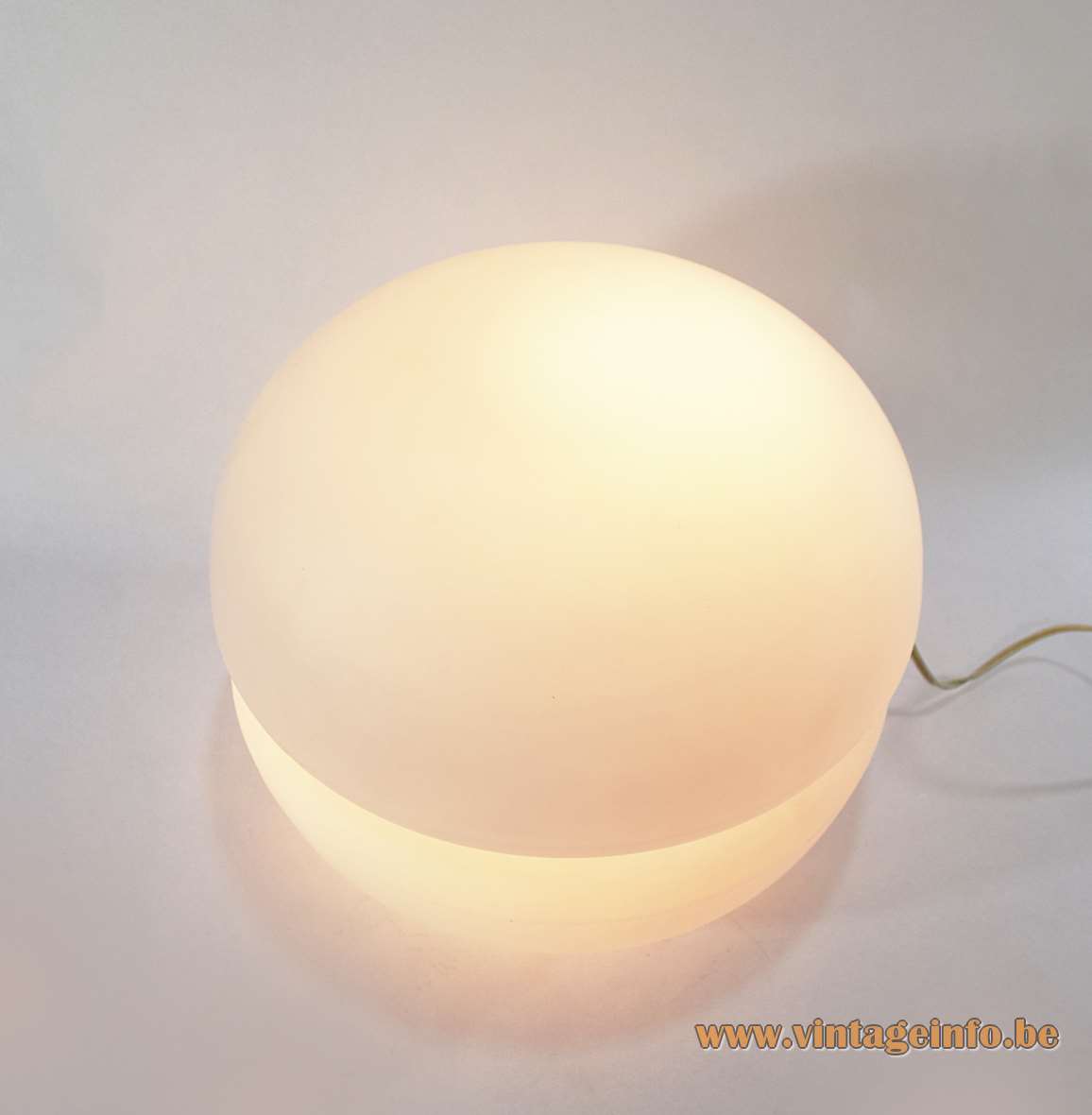 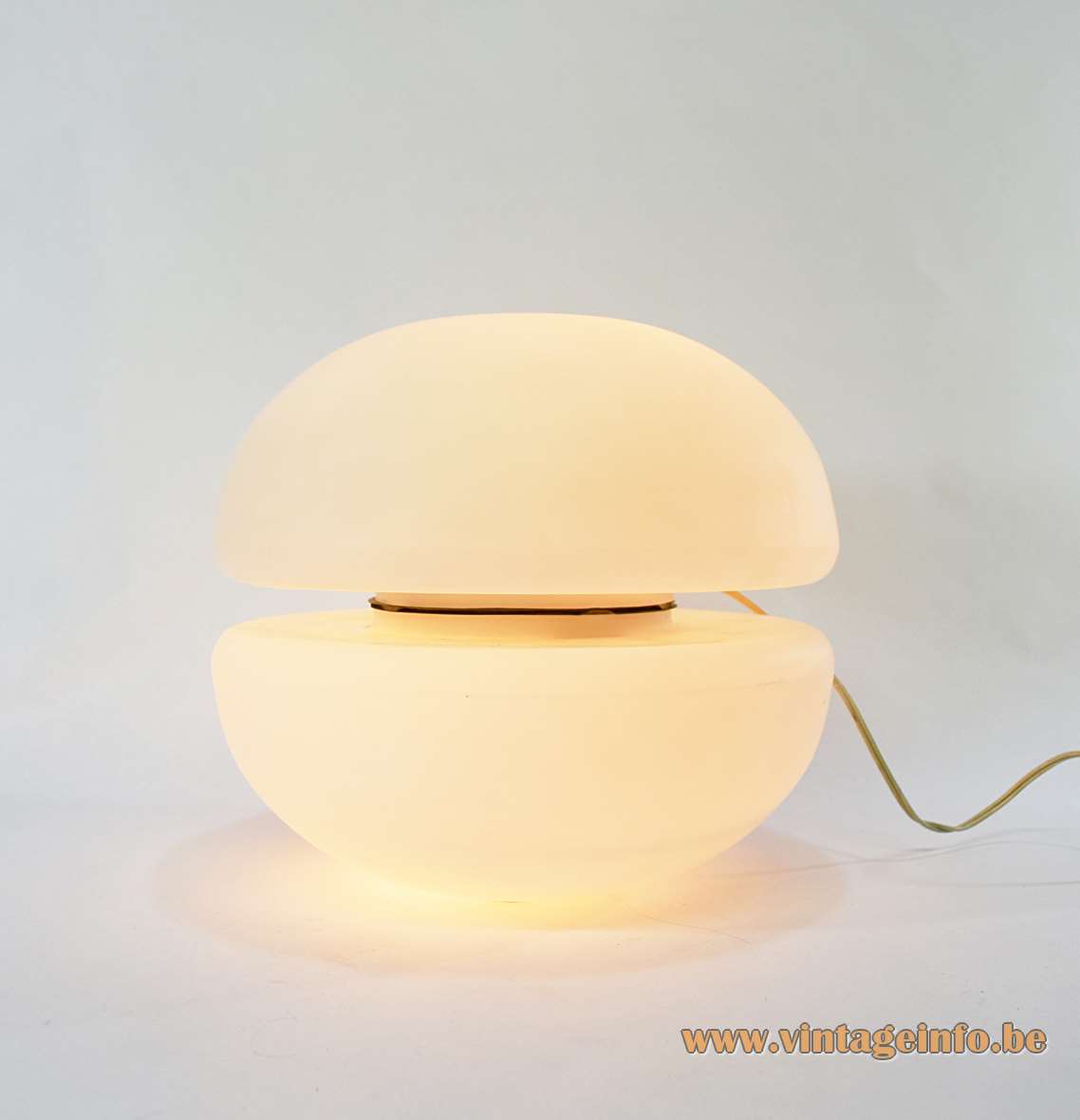 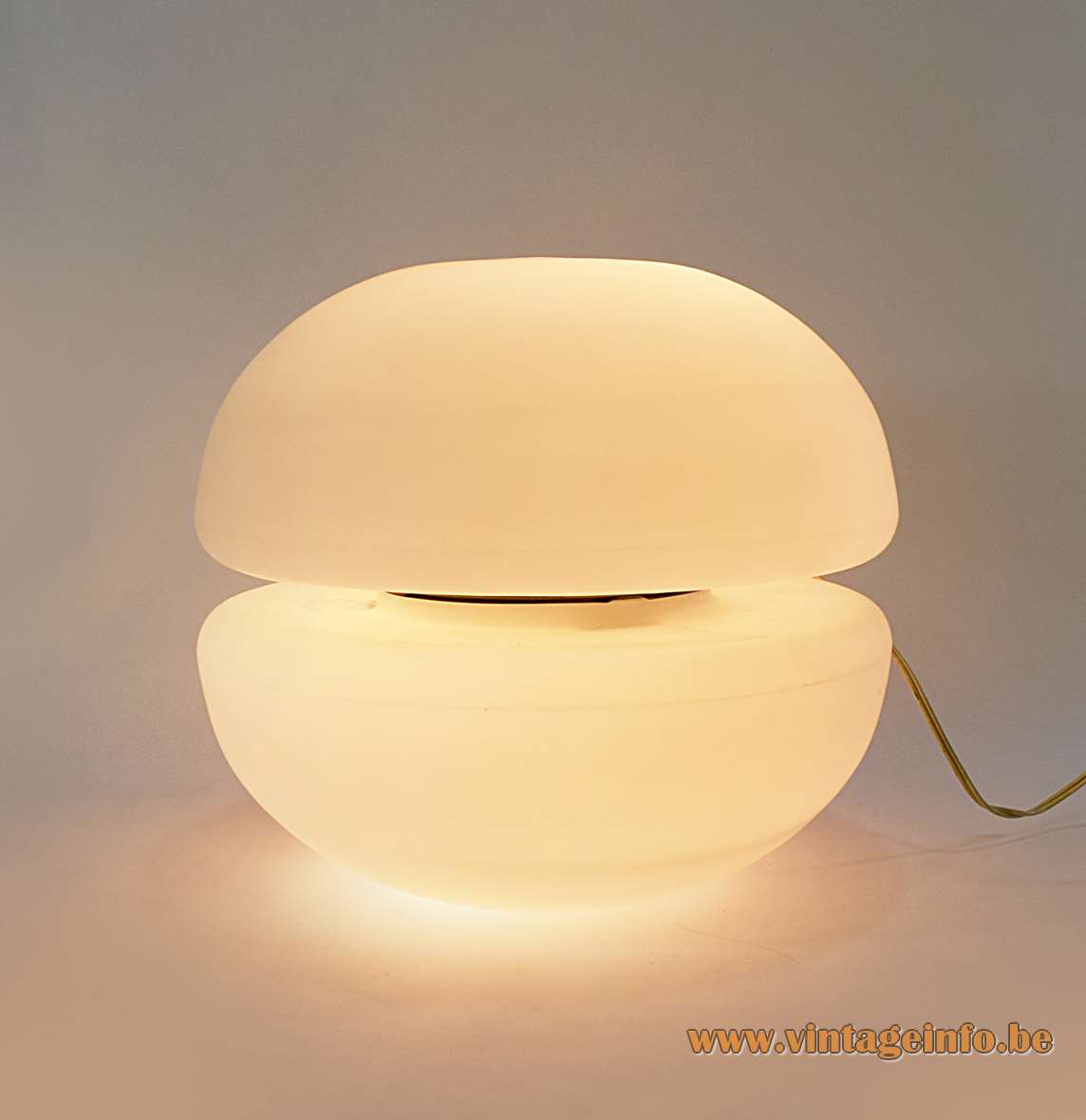 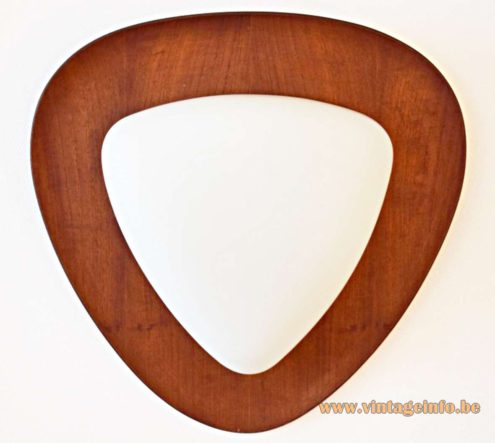 
Other versions: It is unknown if this Reggiani table or floor lamp exists in some varieties.

Similar table or floor lamps were also produced by Rupert Nikoll from Austria. They have a similar metal mechanism to connect the glass parts.

Goffredo Reggiani founded the company in the Italian town of Monza in 1957 and designed most of the lamps himself. In the beginning Goffredo most often used plywood and sanitised opal glass in his designs as you can see in this triangular example, giving his lights a Scandinavian look. Later in the 1960s and 1970s his interest shifted towards brass and chromed metal.
The Reggiani company still exists.

This lamp is equipped with an Acciarri switch. Acciarri is an Italian family name, mostly found on the east coast of the country. Inside the switch it says Acciarri Italy. Nothing to be found about this company. The model of the switch and the plug suggest that this is a 1950s – early 1960s lamp. Ditto for the electrical parts inside. For many lamps Reggiani used parts of this company. 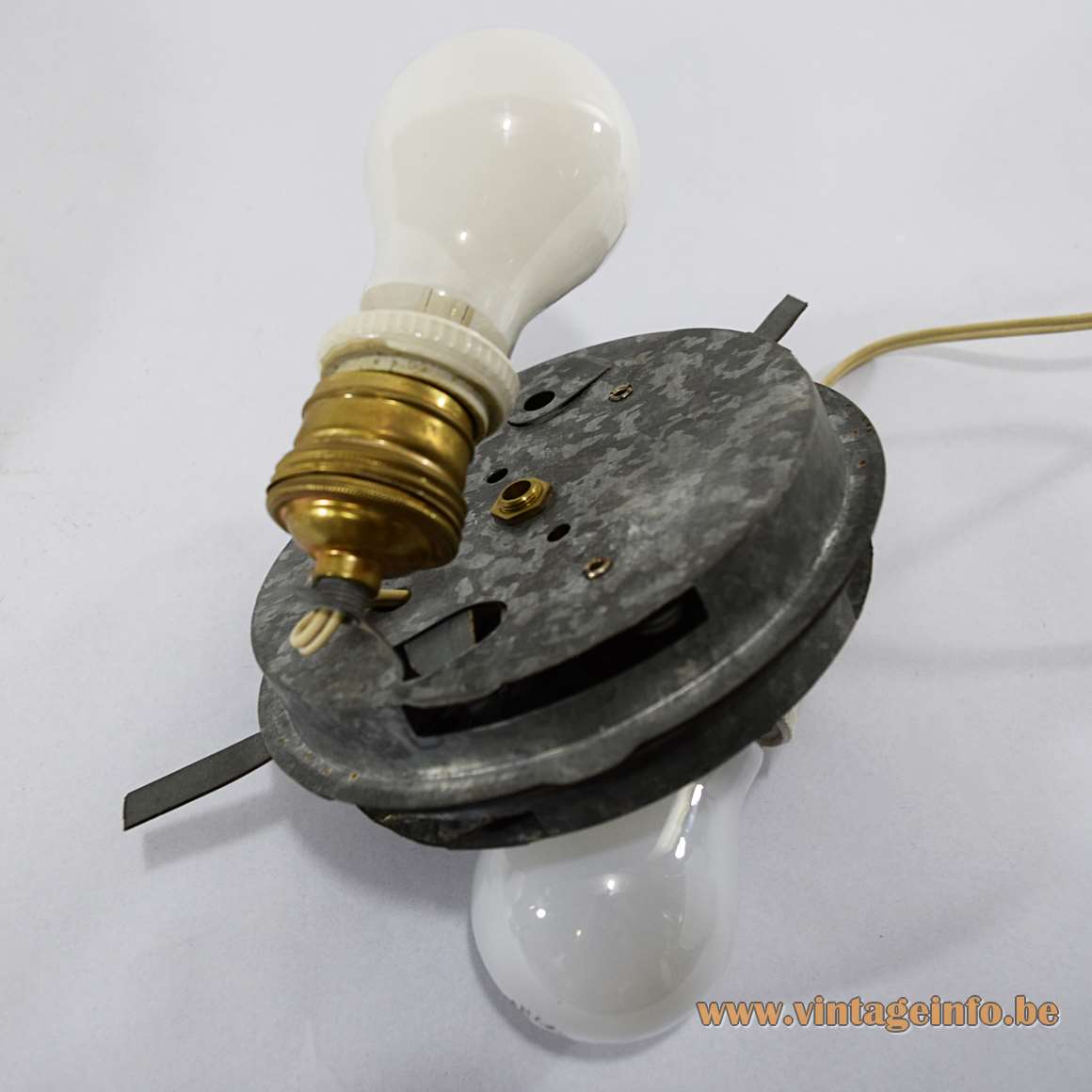 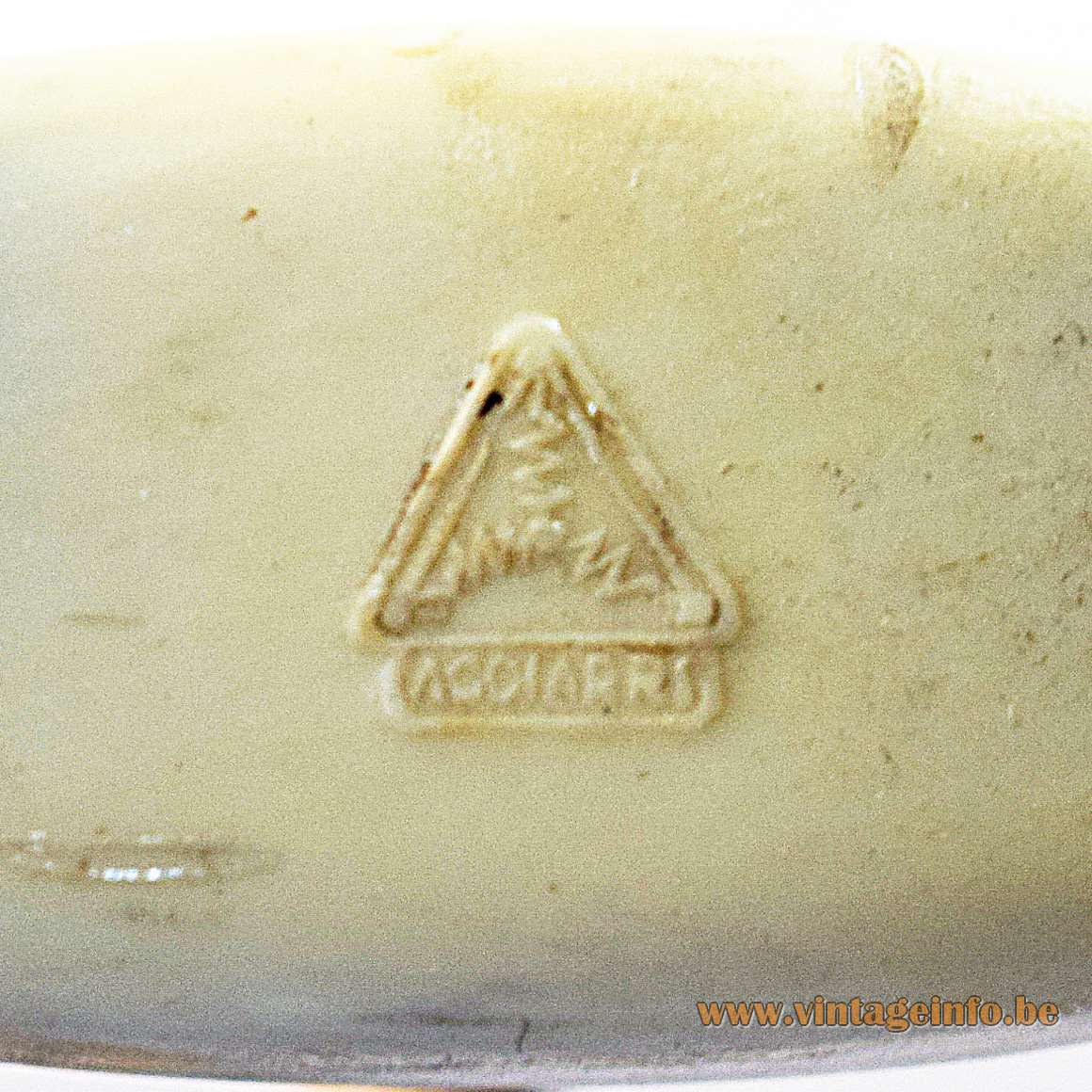 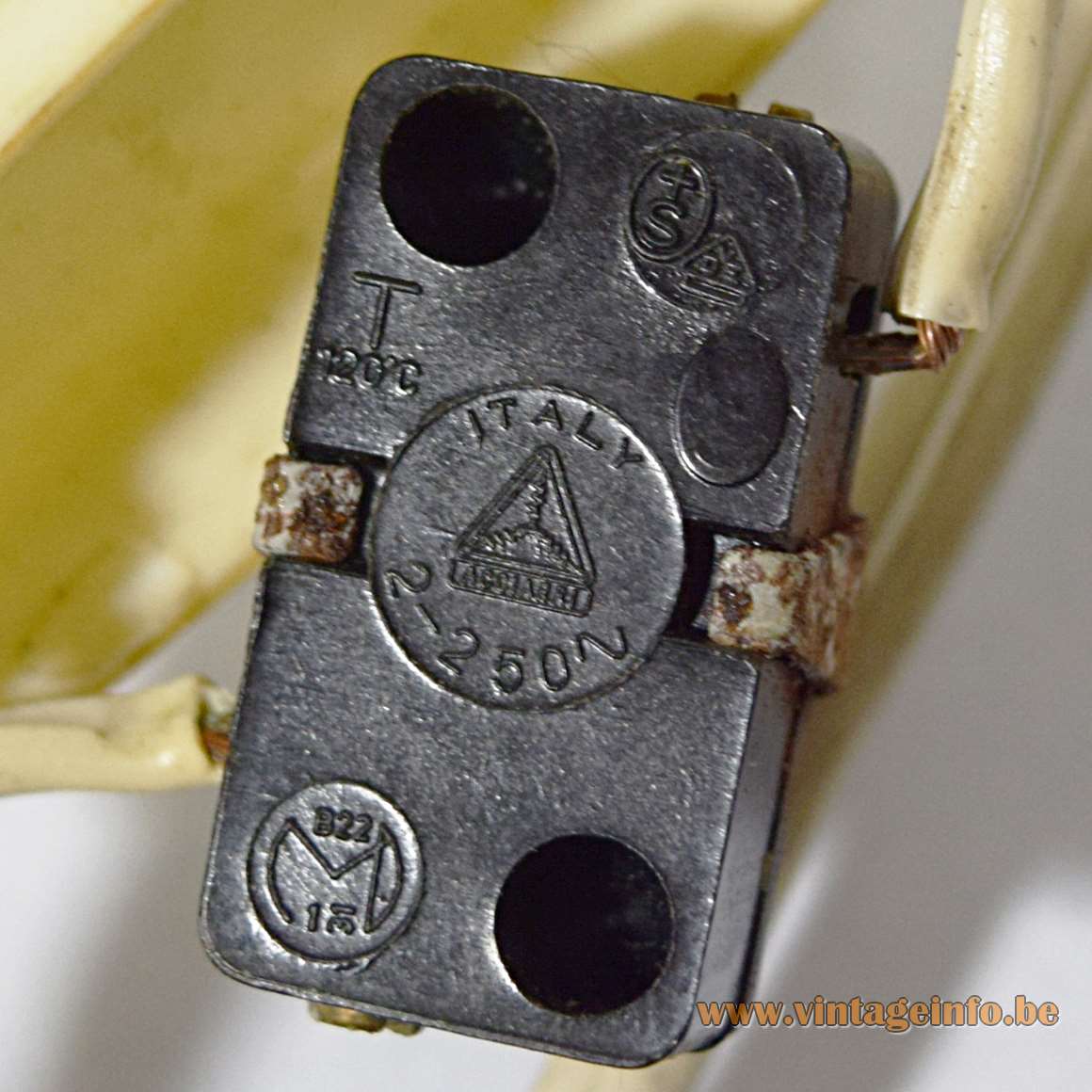