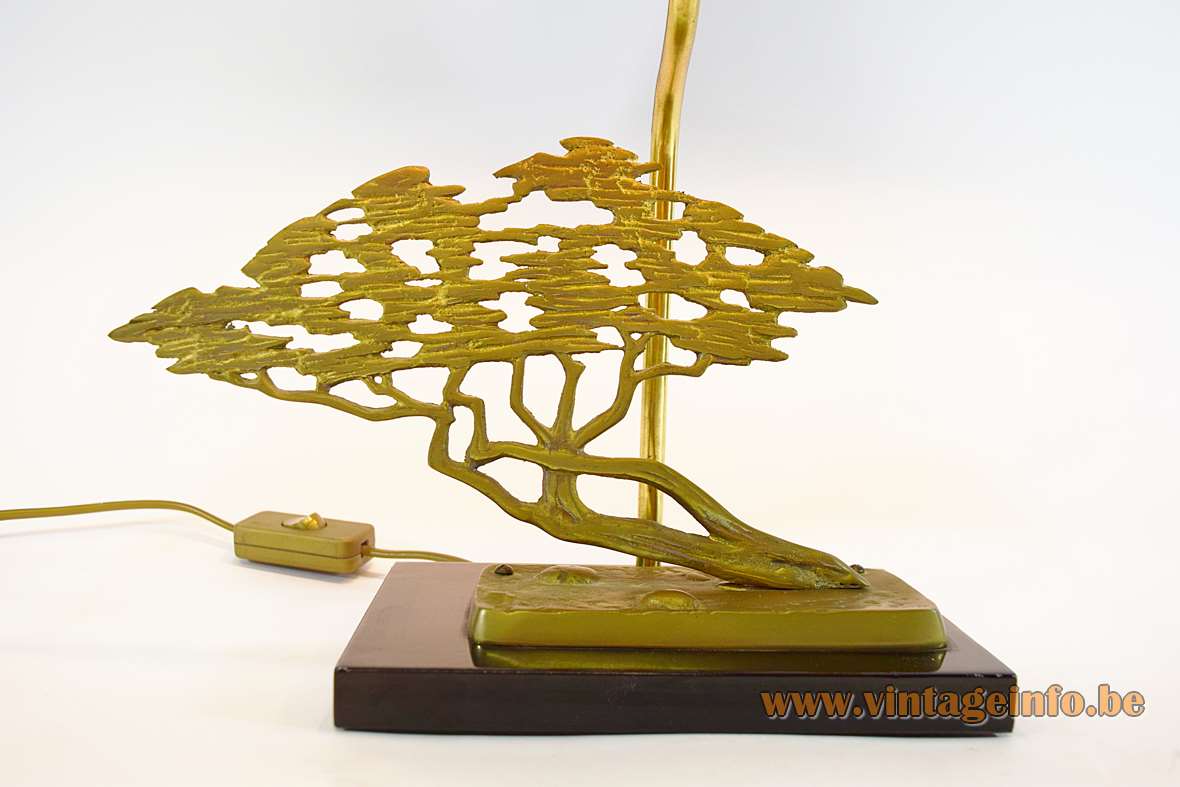 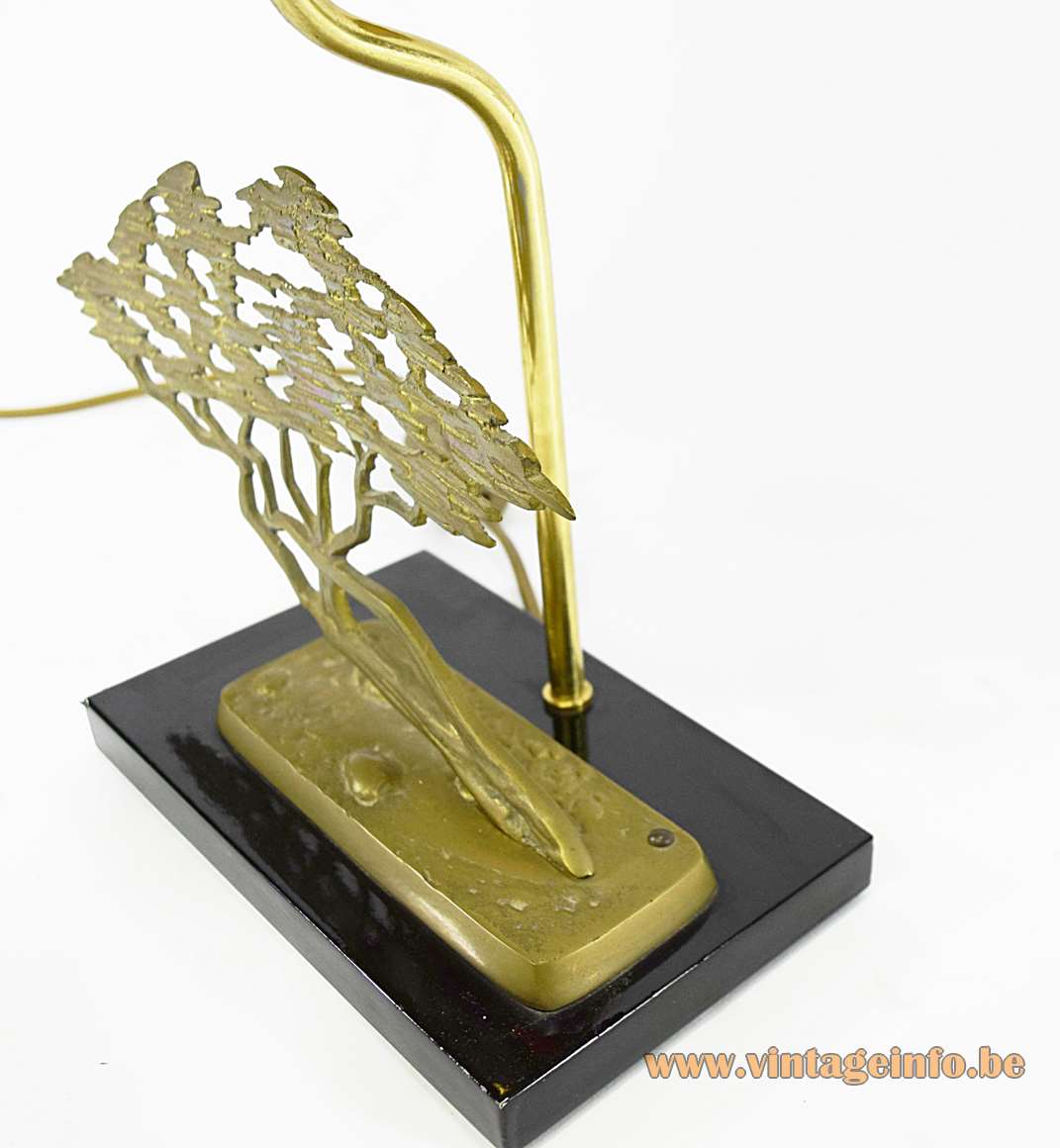 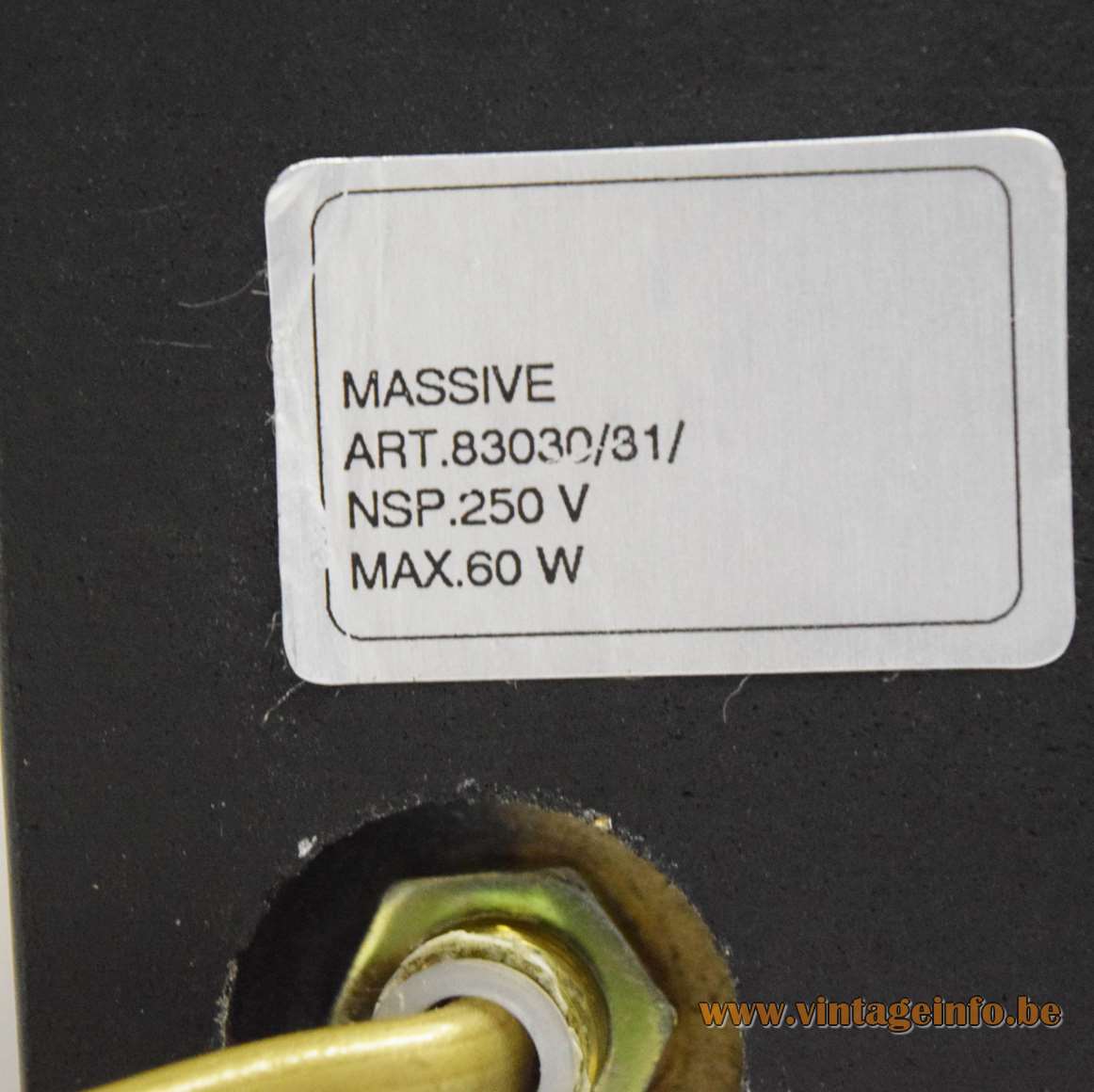 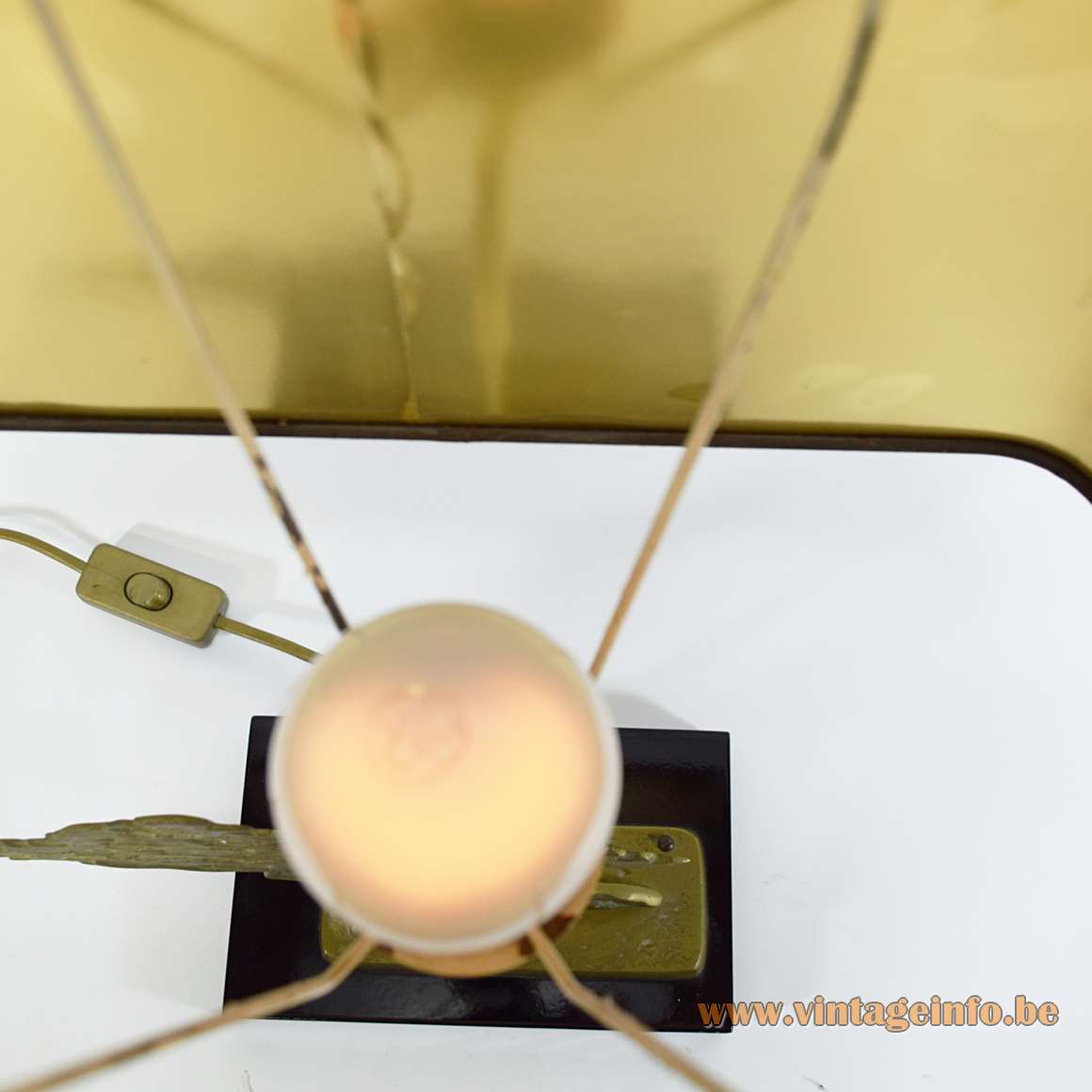 Other versions: Massive produced many lamps in the style of this bronze bonsai table lamp. You can find several examples here on Vintageinfo.

These lamps are often attributed to Willy Daro, a famous Belgian artist, light and furniture designer and producer. But it is a HOAX. Willy Daro never designed for Massive.

Willy Daro created several lamps and tables in this style but in the high-end range. More information about Willy Daro can be found here on Vintageinfo.

Many thanks to Tinneke for the photo of the white versions.