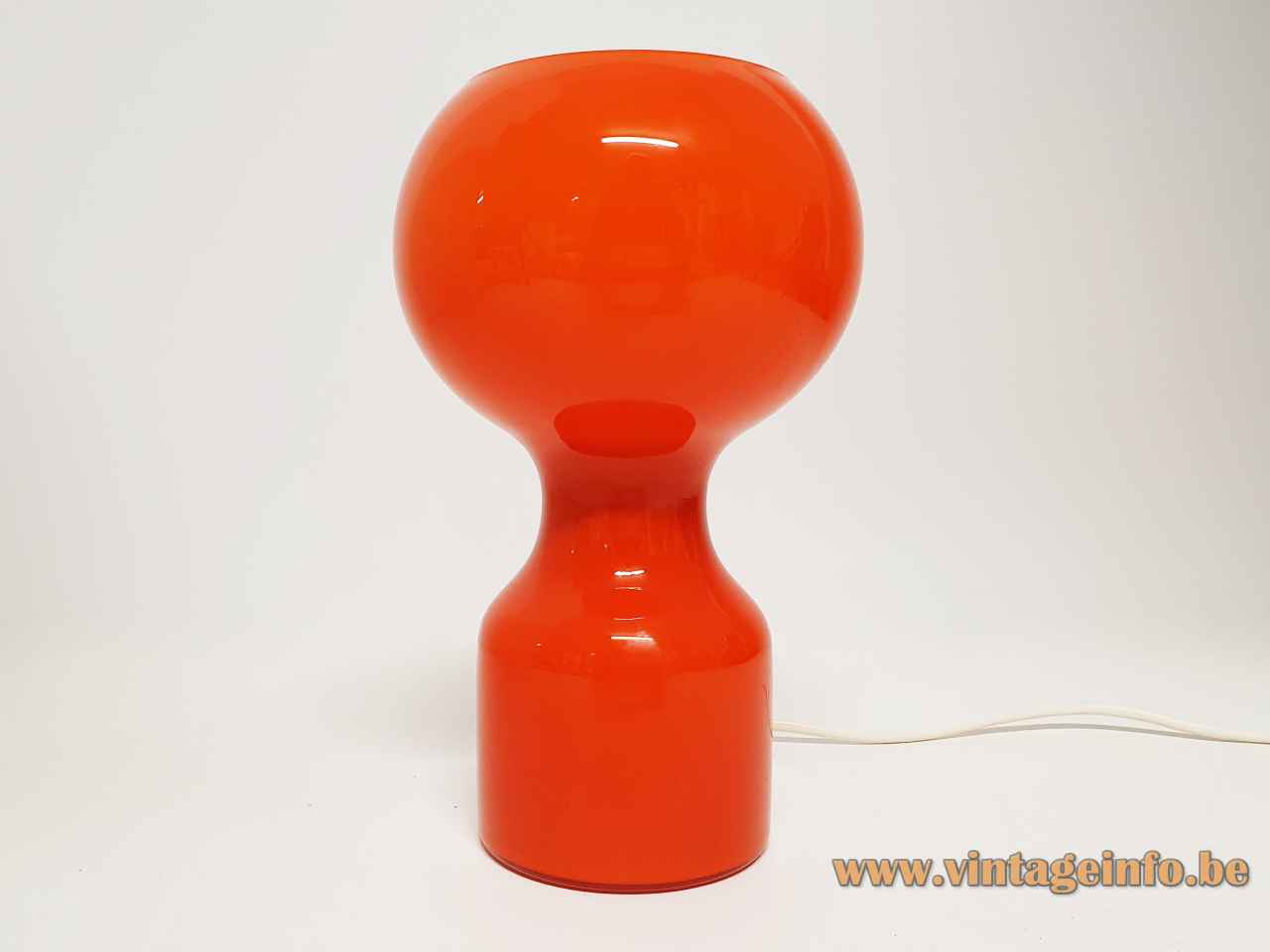 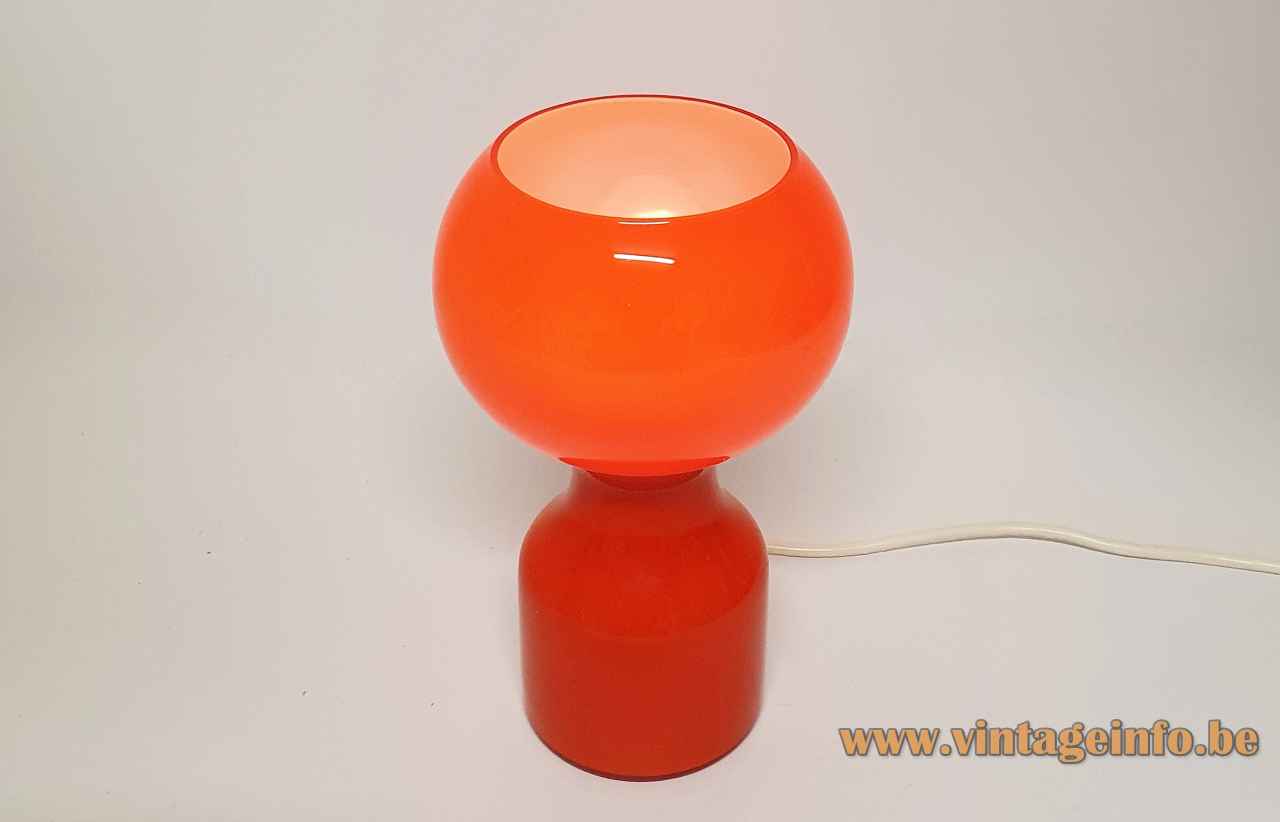 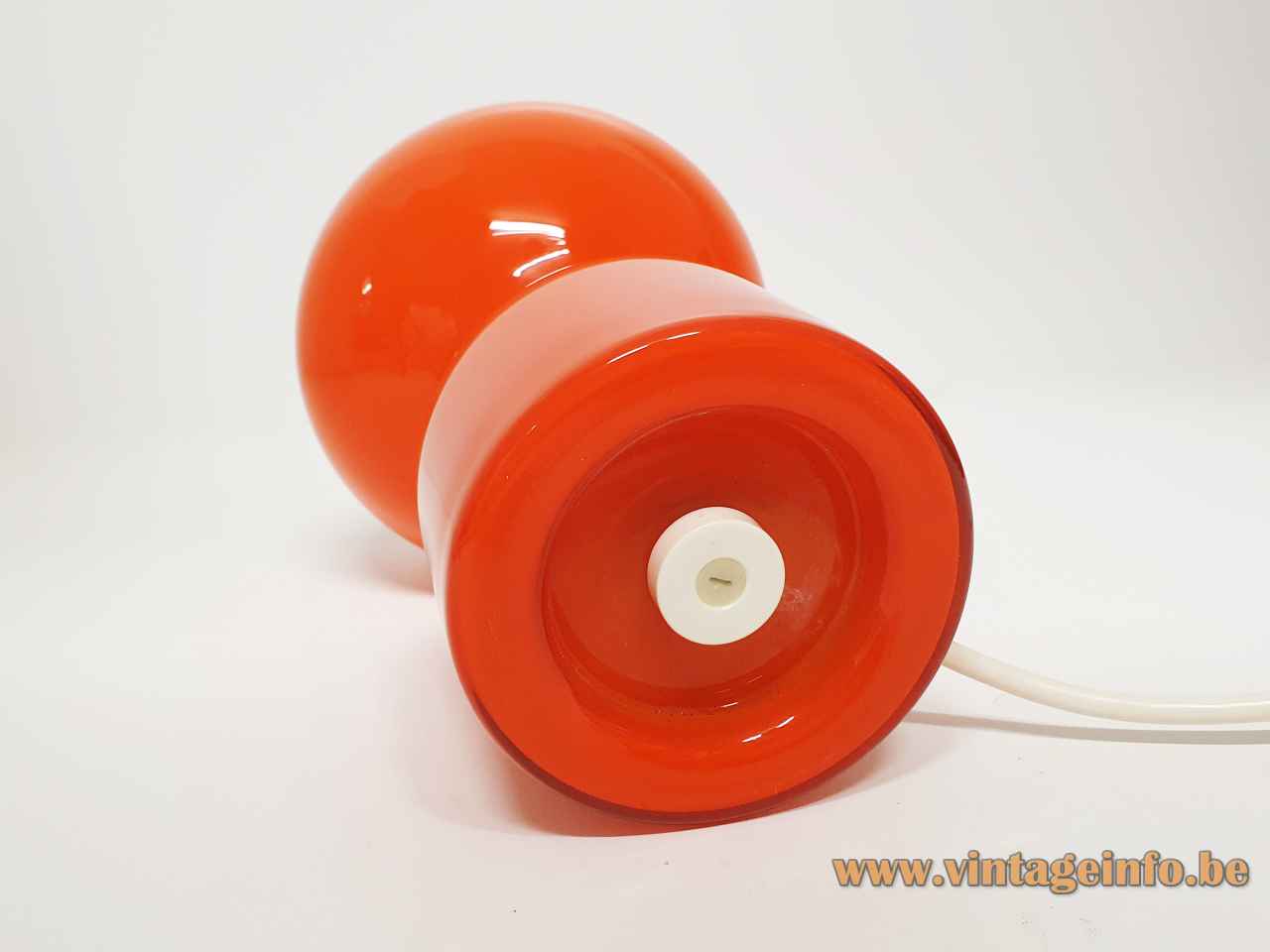 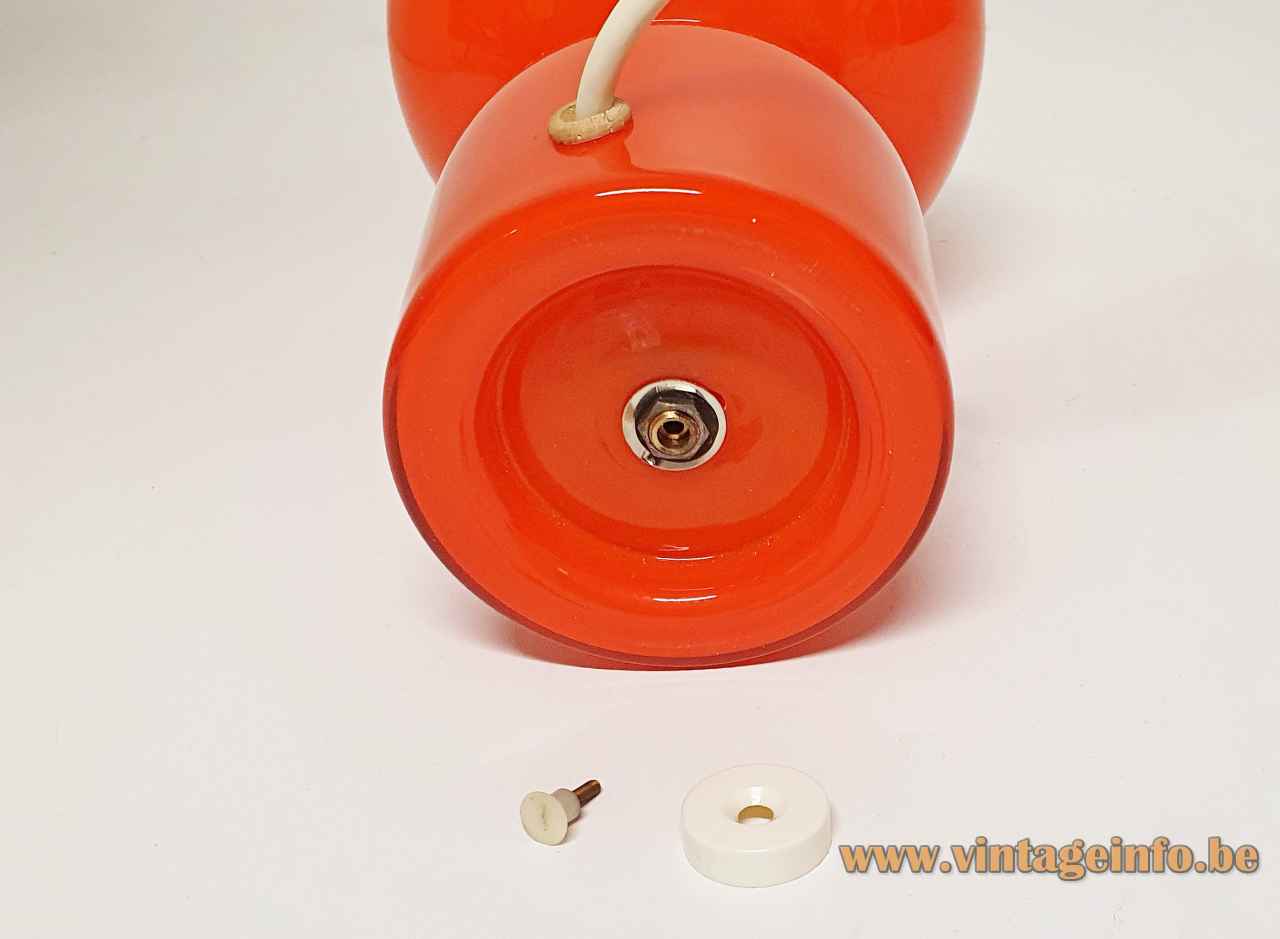 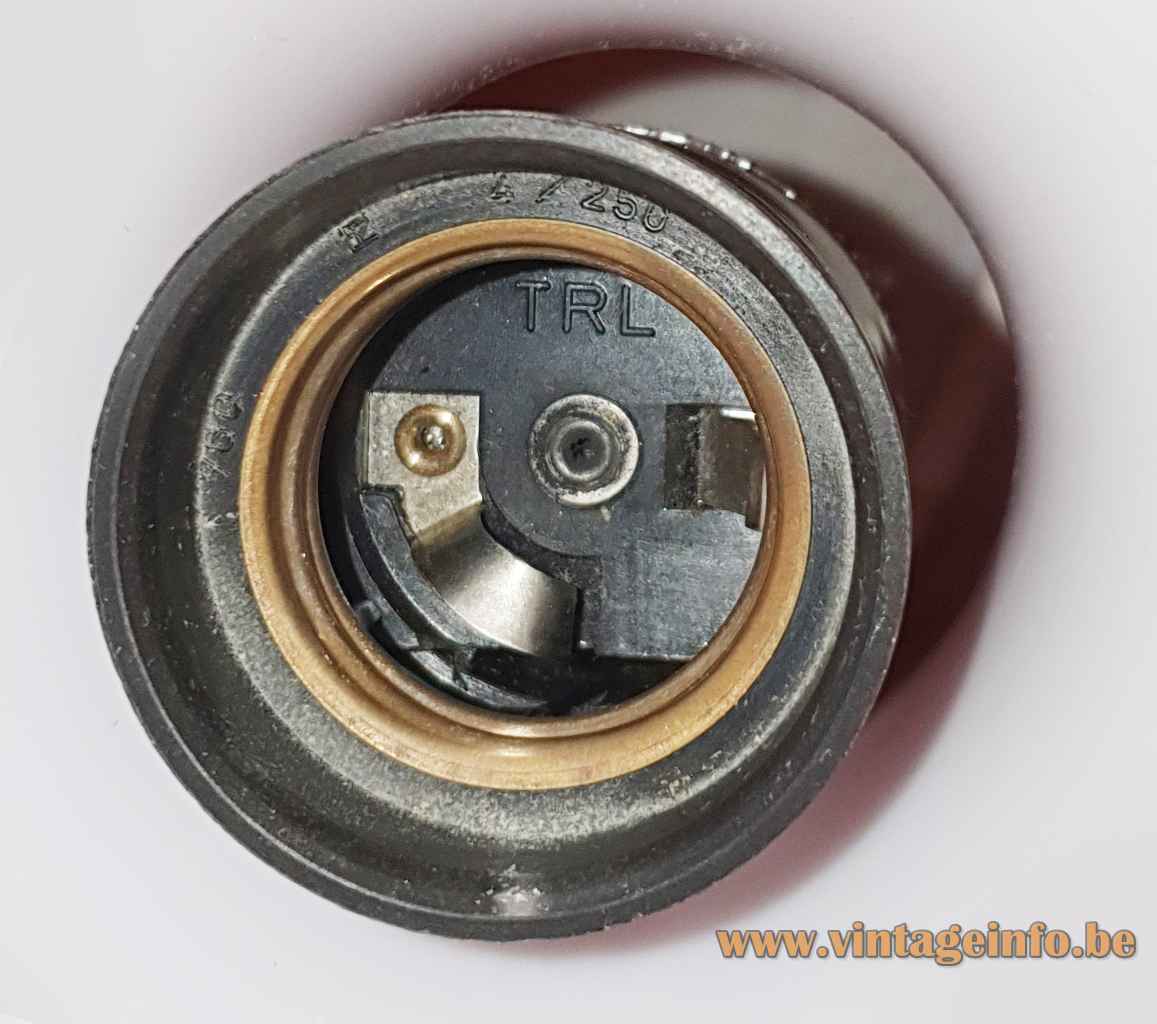 Lamps in the movies, TV and magazines

French singer Claude François (1939-1978), here in his magazine Podium in 1972 with the big version of the Philips Tahiti – Tobrouk table lamp. Claude François bought the magazine that year and made it a big success. 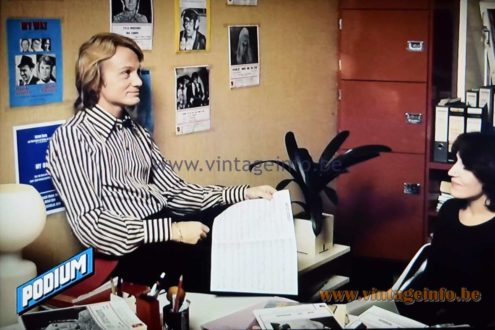 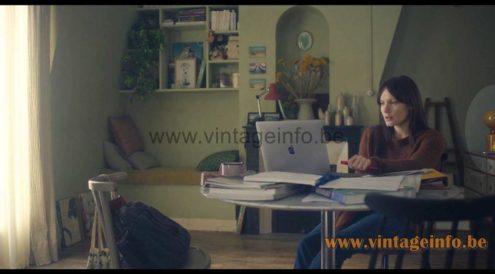 Other versions: This Philips Tahiti table lamp exists in several colours and 2 sizes (38 cm / 14.96”). It was also made with a PL fluorescent 11 watt light bulb, as you can see. The PL is a version made in the late 70s, early 80s.

This first edition of this Philips Tahiti table lamp, the small size with 1 light point, has a switch with 3 positions and a special fitting like the one of the President desk lamp. The incandescent bulb used had 3 filaments, one of 40, 60 & 100 watt, as you can read on the label, below. These light bulbs are no longer in production, unfortunately.

At least the PL-version was also sold by the German Zumtobel company.

Jean-Paul Emonds-Alt was a Belgian designer, sculptor, and painter born in Etterbeek near Brussels in 1928. He passed away on 13 August 2014 at the age of 86. Emonds-Alt studied sculpture at the National School of Architecture and Decorative Arts (Ter Kameren – La Cambre) in Brussels, in the studio of Oscar Jespers, of which he later became assistant.

From 1964 onward he devoted himself mainly to design, focusing on the shape of industrial products such as this table lamp he designed for Philips. He has been repeatedly honoured for his work.

Emonds-Alt also designed the logo for the Brussels Metro in 1976.

Tobrouk (Tobruk) is a port city on Libya‘s eastern Mediterranean coast, near the border of Egypt. A strategic place were famous battles between the Nazi’s and the Allies took place. A movie was made about it in 1967, starring Rock Hudson and George Peppard. Maybe the name of this table lamp is based on this well known film.

On the left below a label spotted on a lamp in Germany. It is this exactly the same lamp. So in Germany it was named Tahiti.
On the right the label of the PL version of the Philips Tobrouk table lamp.

The Tahiti lamp is the German name of the Tobrouk lamp. In all probability they changed the name because Tobruk is a city in Libya were during World War II several battles were fought. The lamp here on display was acquired in Germany, so it is a Tahiti lamp.

And to make the confusion complete. Another table lamp is always named Tahiti, a similar lamp also completely made of glass. But it is not a Philips lamp. It is a lamp made by Massive from Belgium. The lamp has got no name. Sometimes you find it with a Massive label, never with a Philips label. It is a design by Herwig and Frank Sterckx. You can find the so called Tahiti over here. 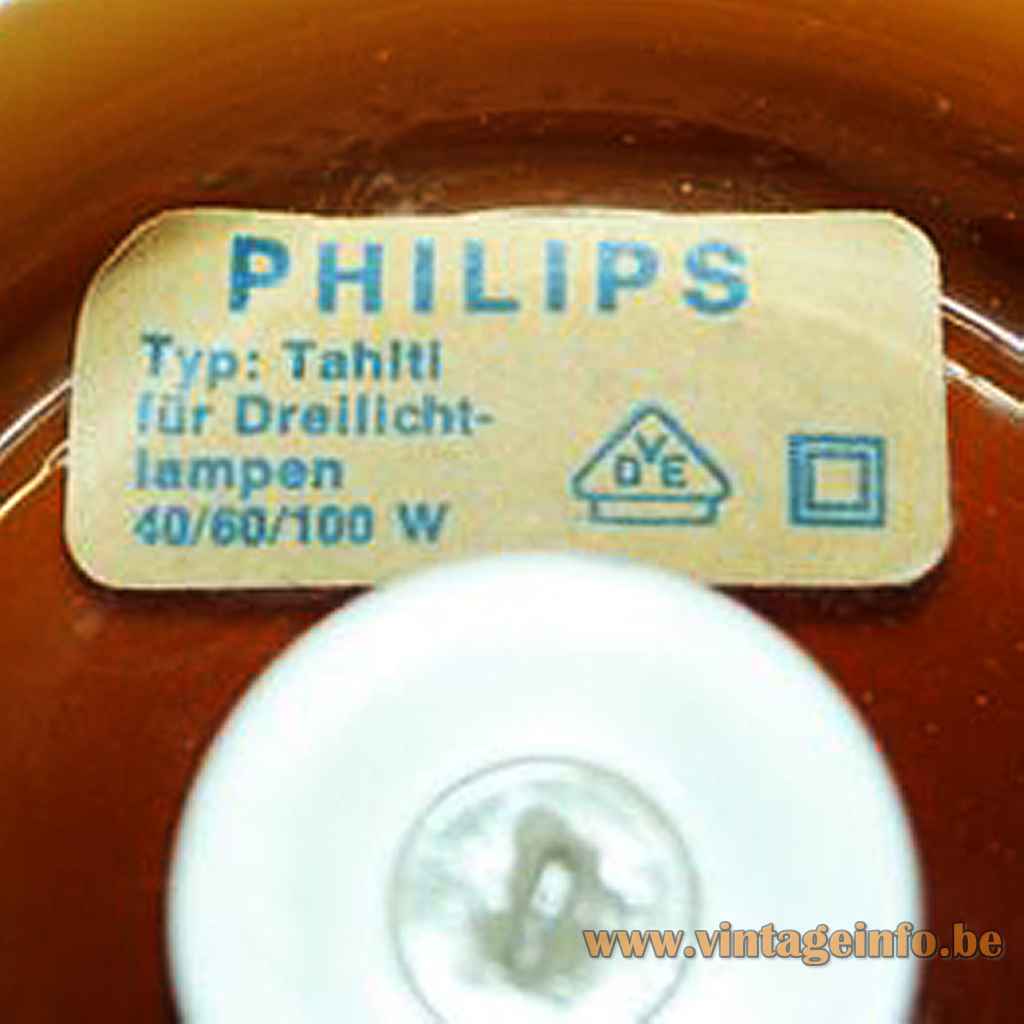 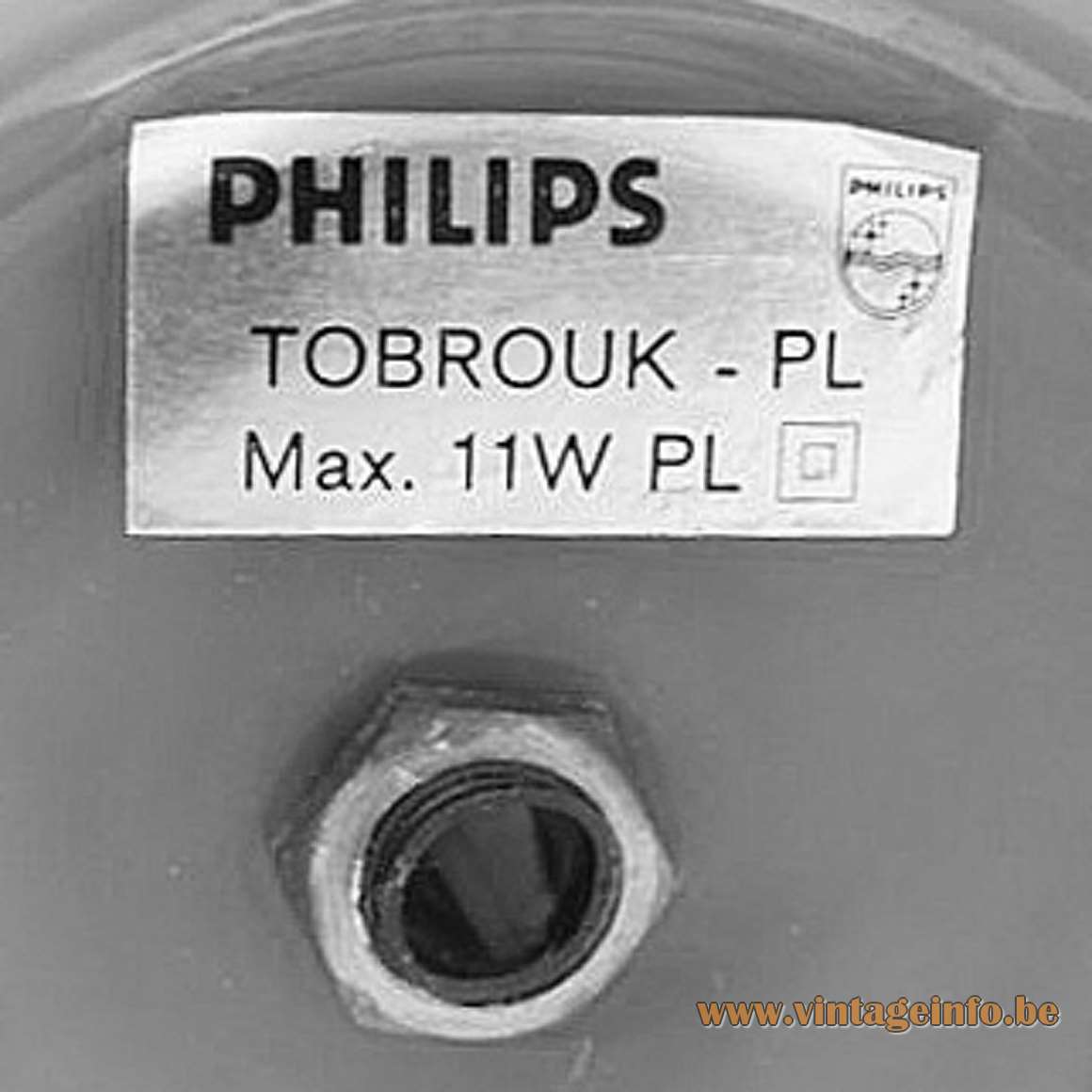 Tobrouk table lamp – White version of this one.