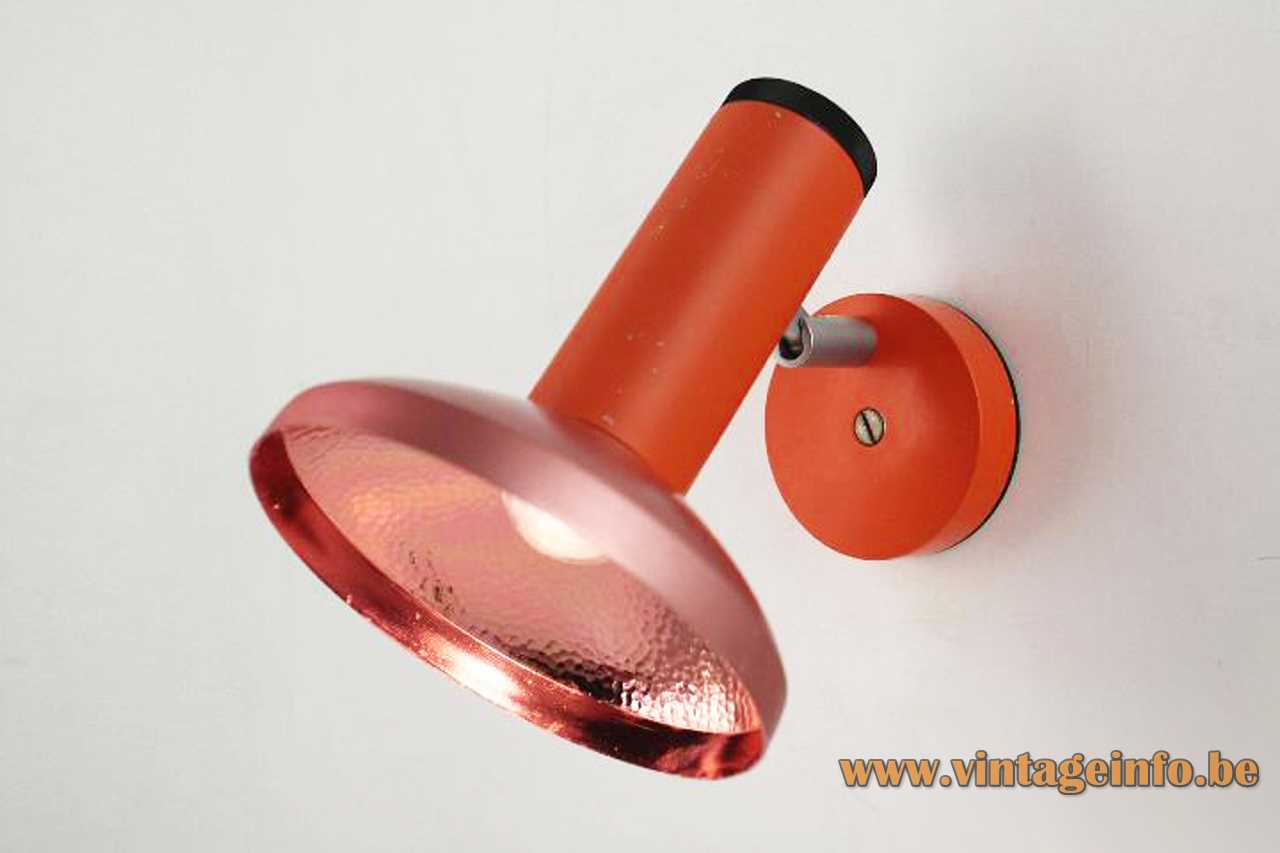 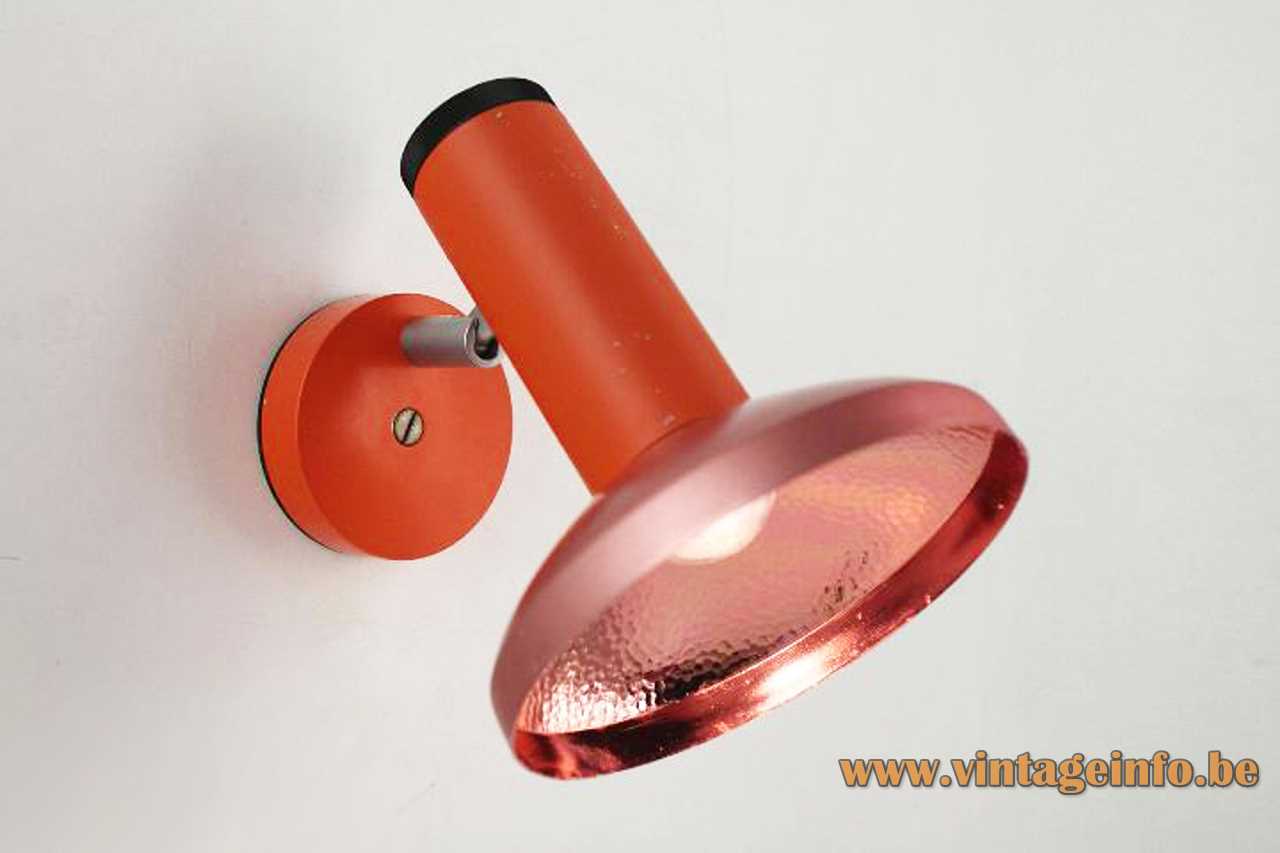 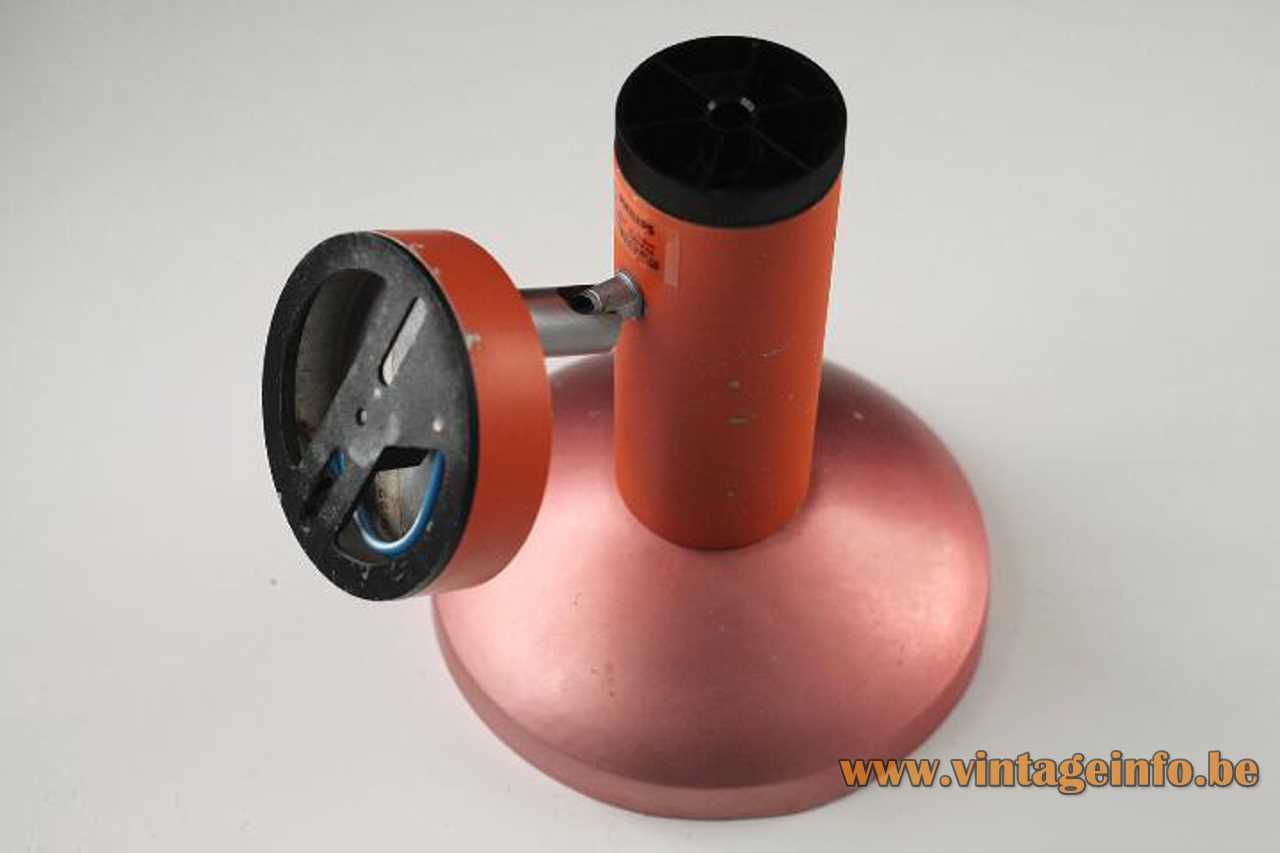 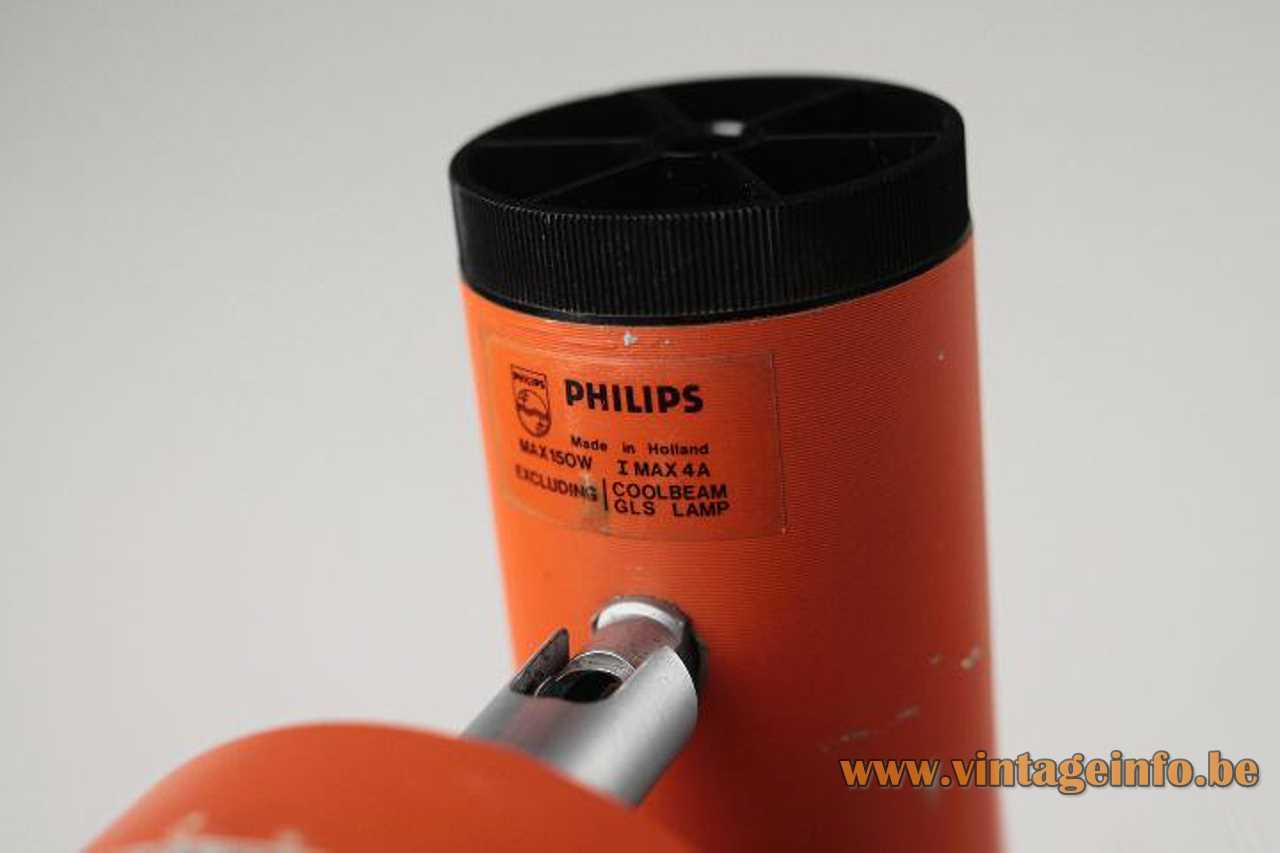 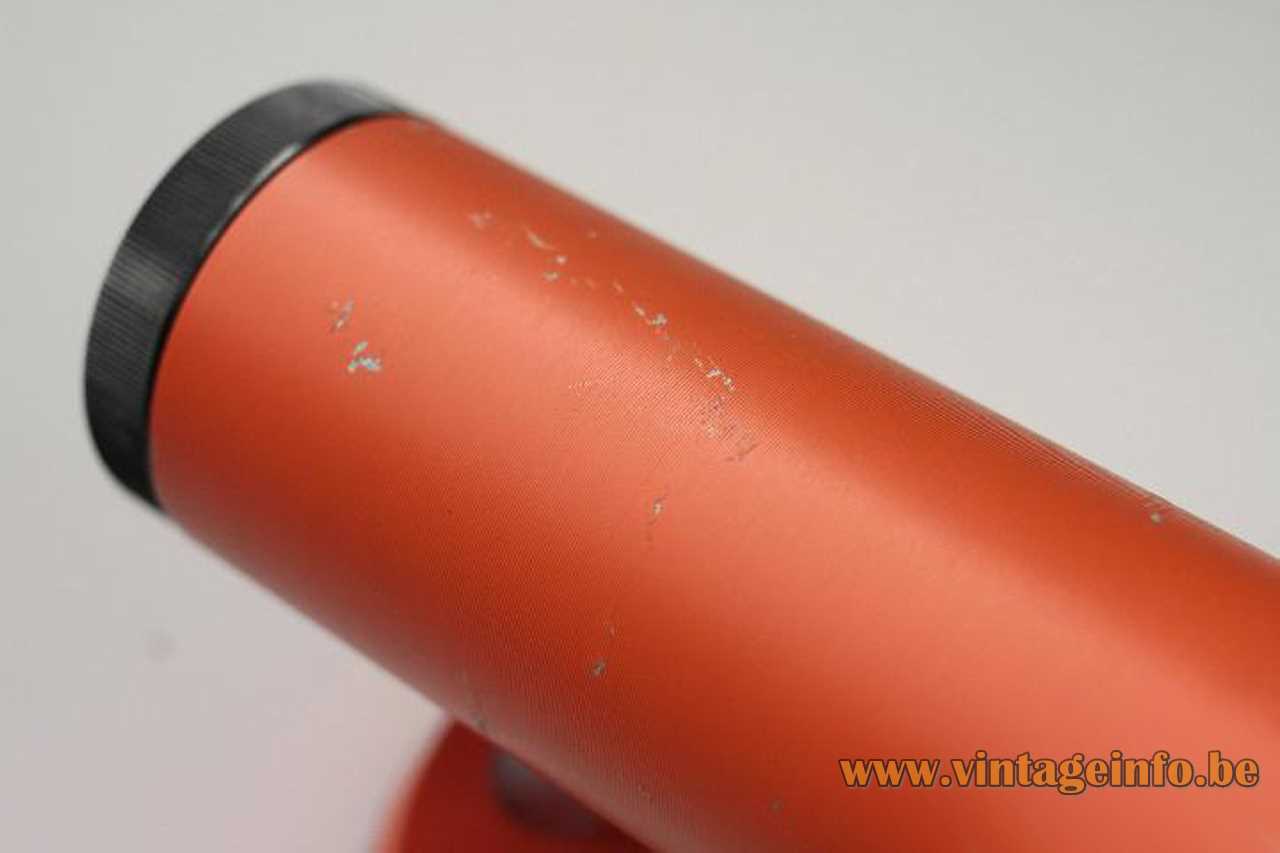 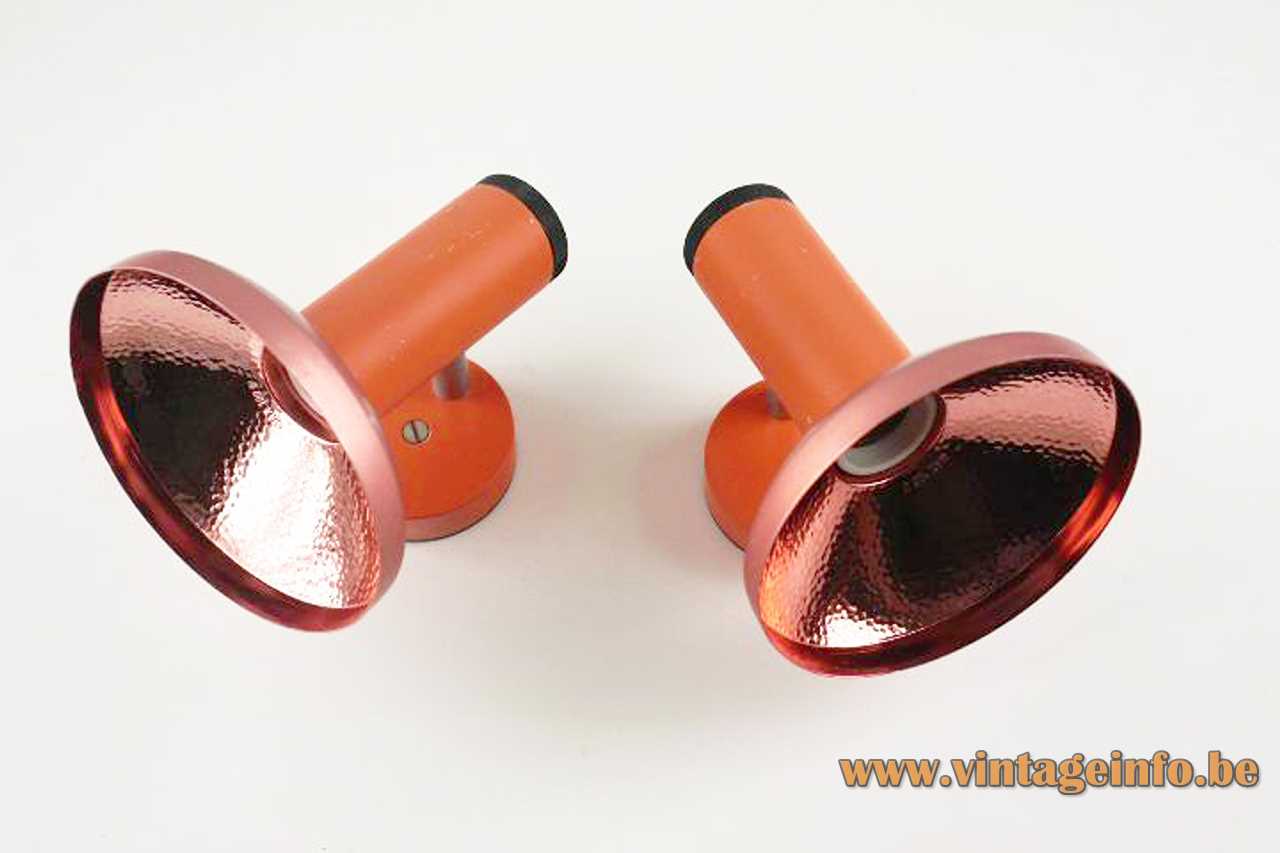 Other versions: This 1970s Philips orange wall spotlight exists in several colours and many variations. It appears in catalogues from the late 60s until the 80s.