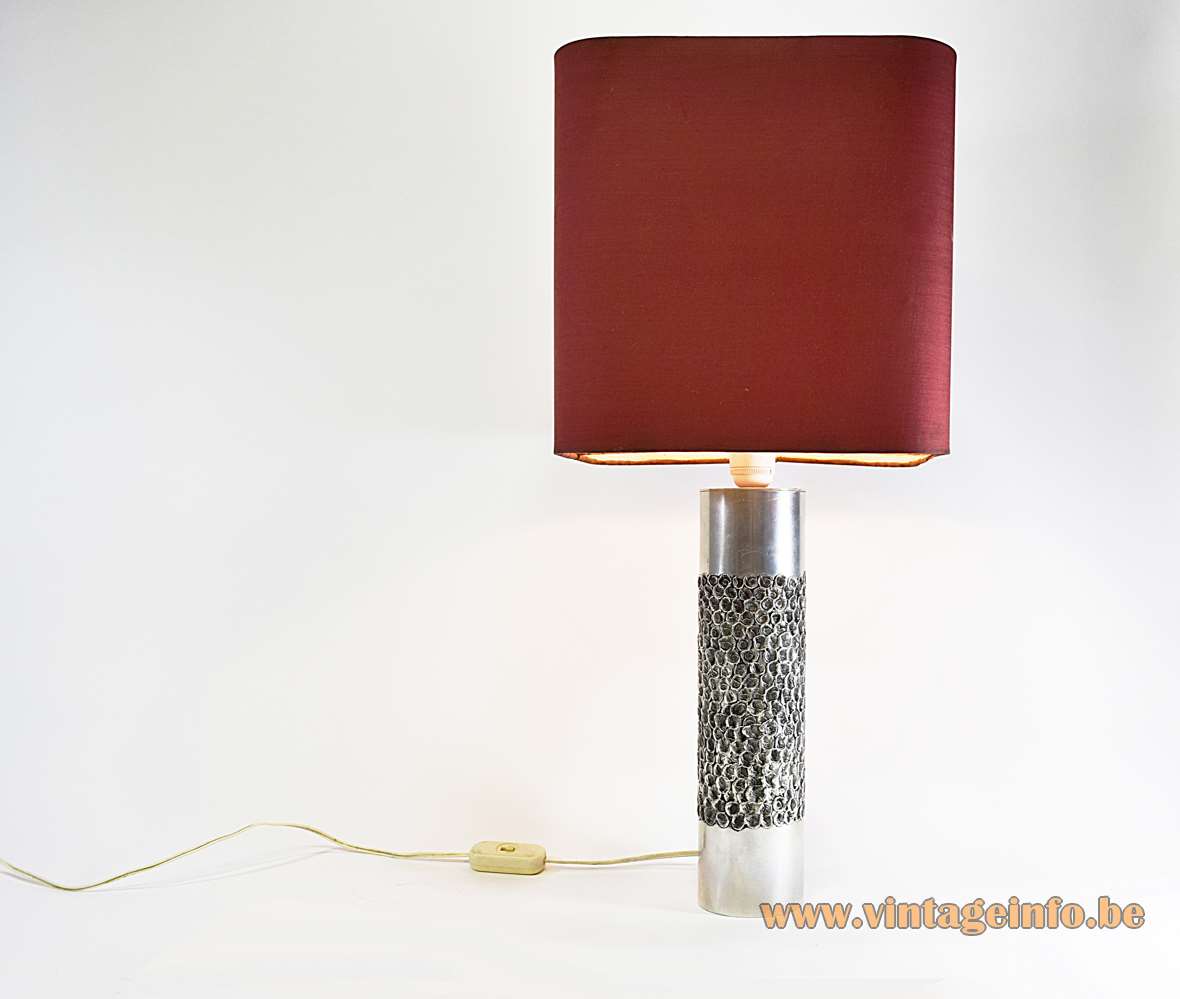 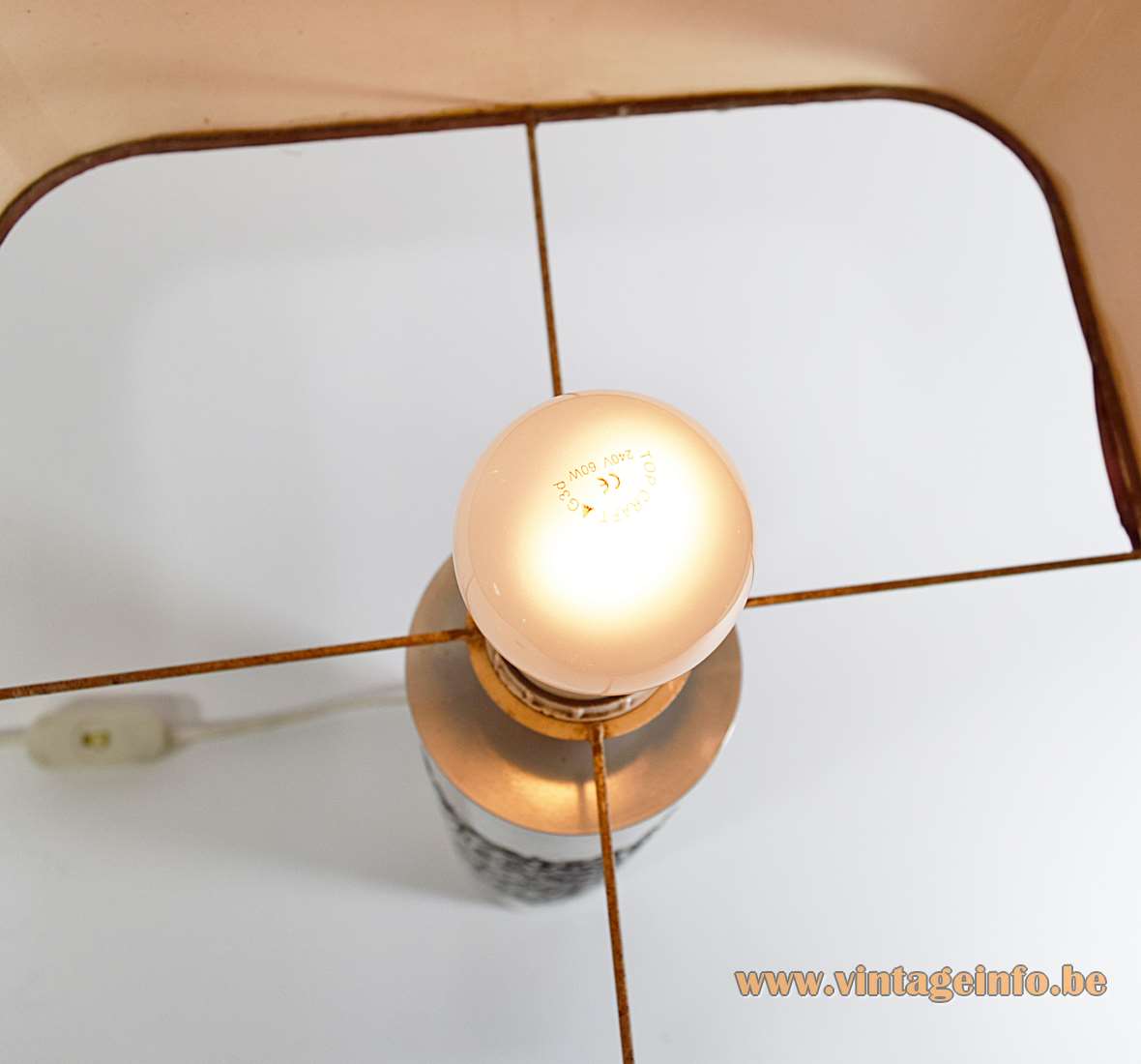 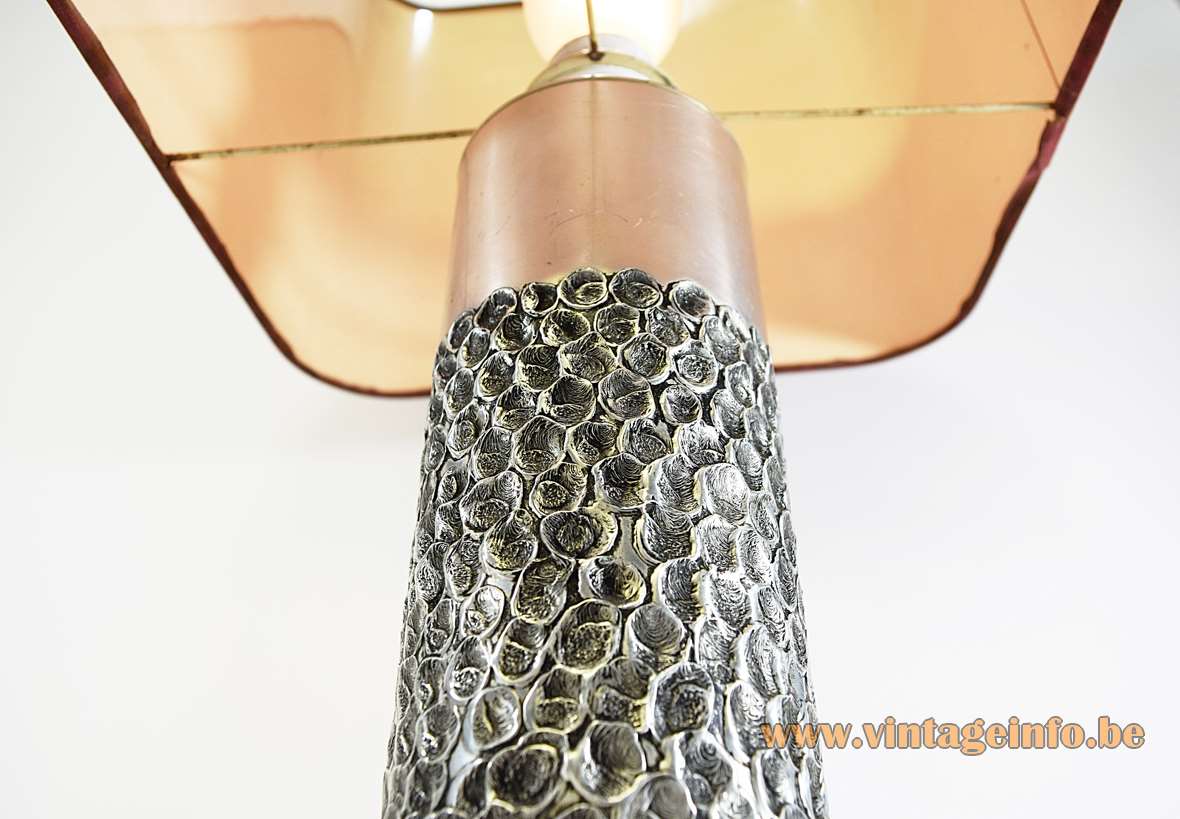 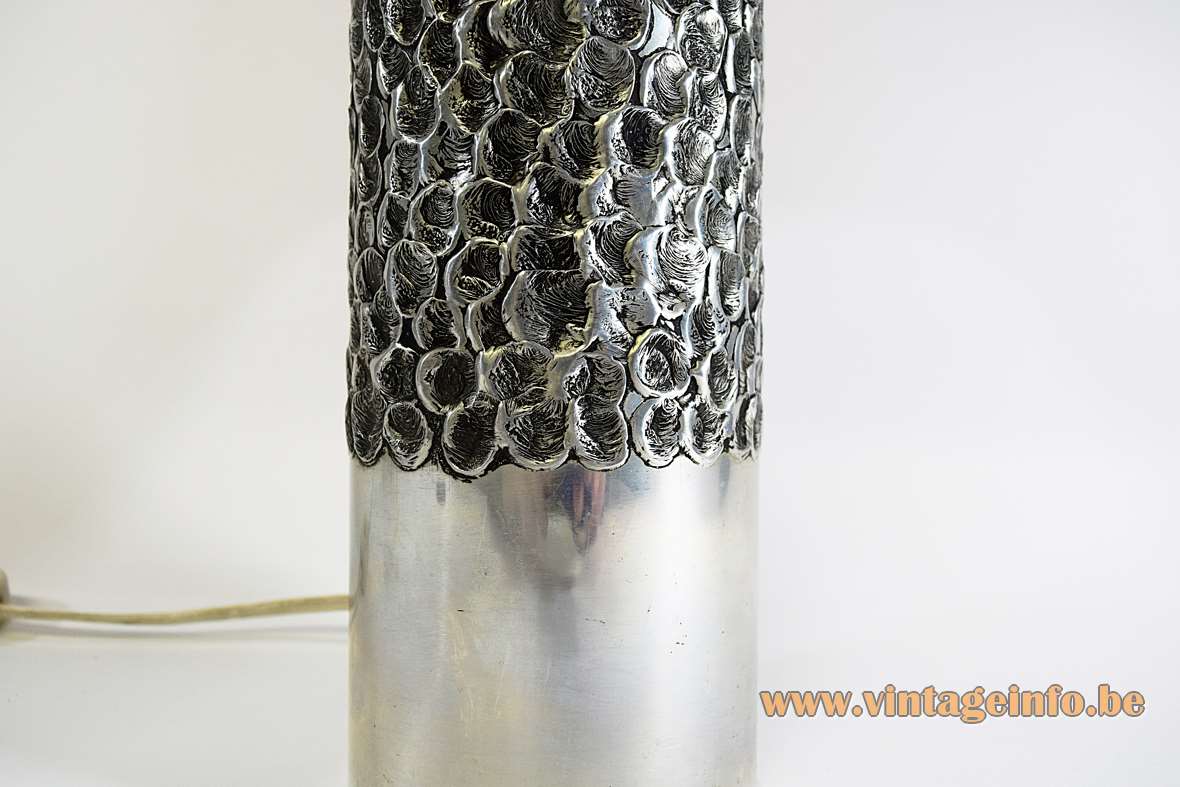 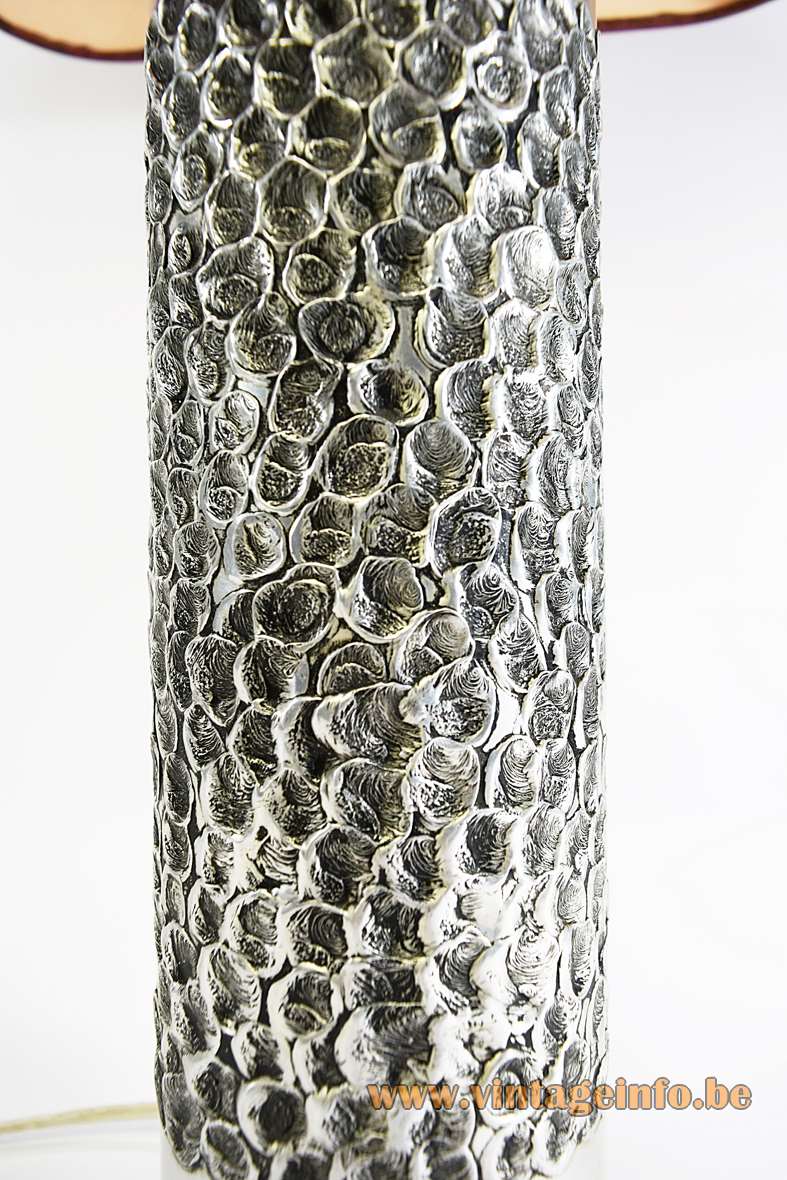 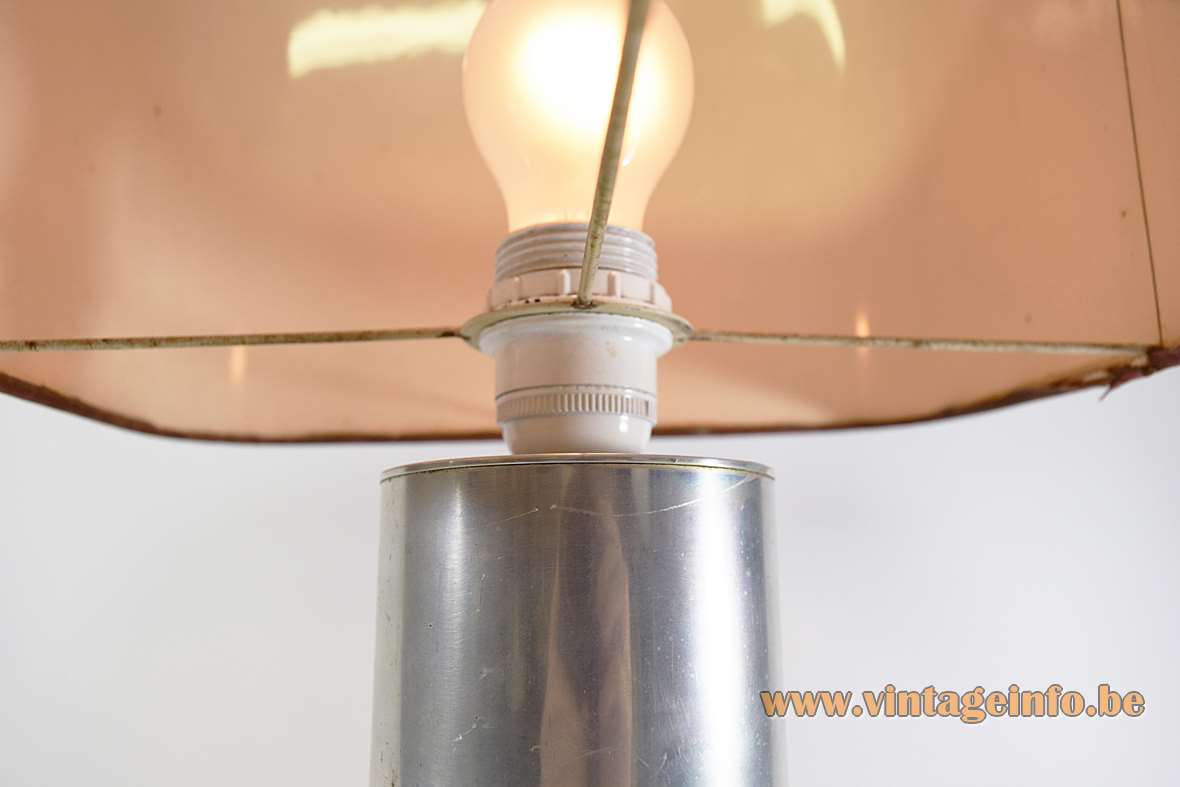 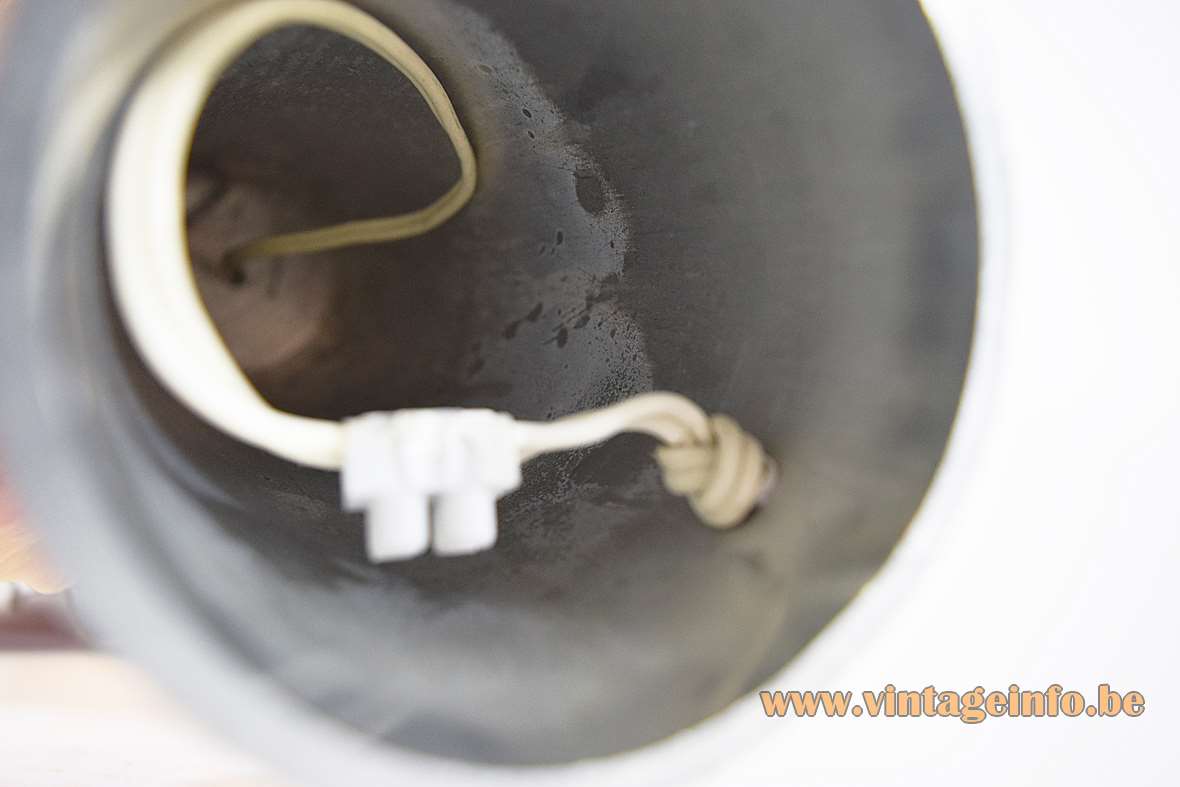 A similar lamp as this Aluclair aluminium brutalist table lamp was used as a prop in the 1979 film “Meteor” with Sean Connery, Natalie Wood and Karl Malden. An Hong Kong–American science fiction disaster film in which scientists detect an asteroid on a collision course with our planet.

Other versions: This Aluclair aluminium brutalist table lamp exists in many varieties. Another one is on display here on Vintageinfo.

Table lamp with an aluminium lampshade