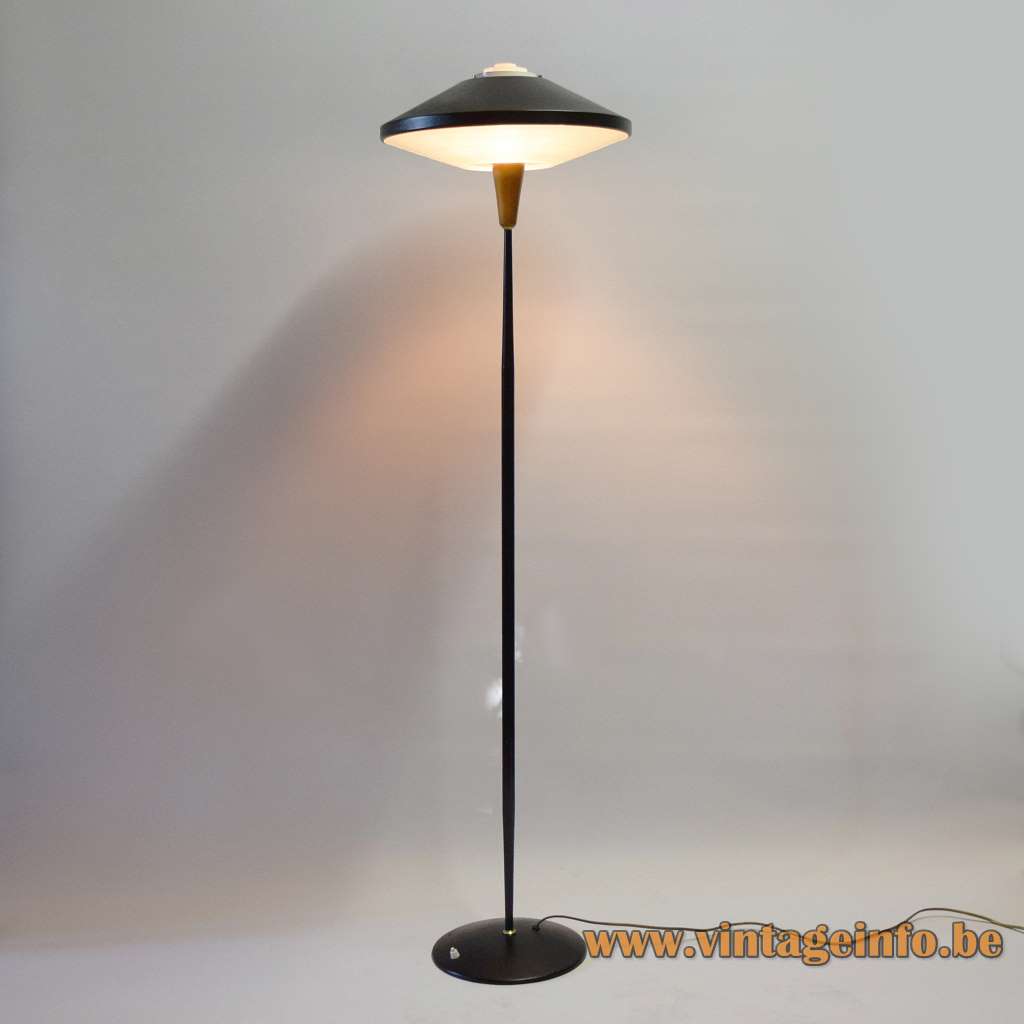 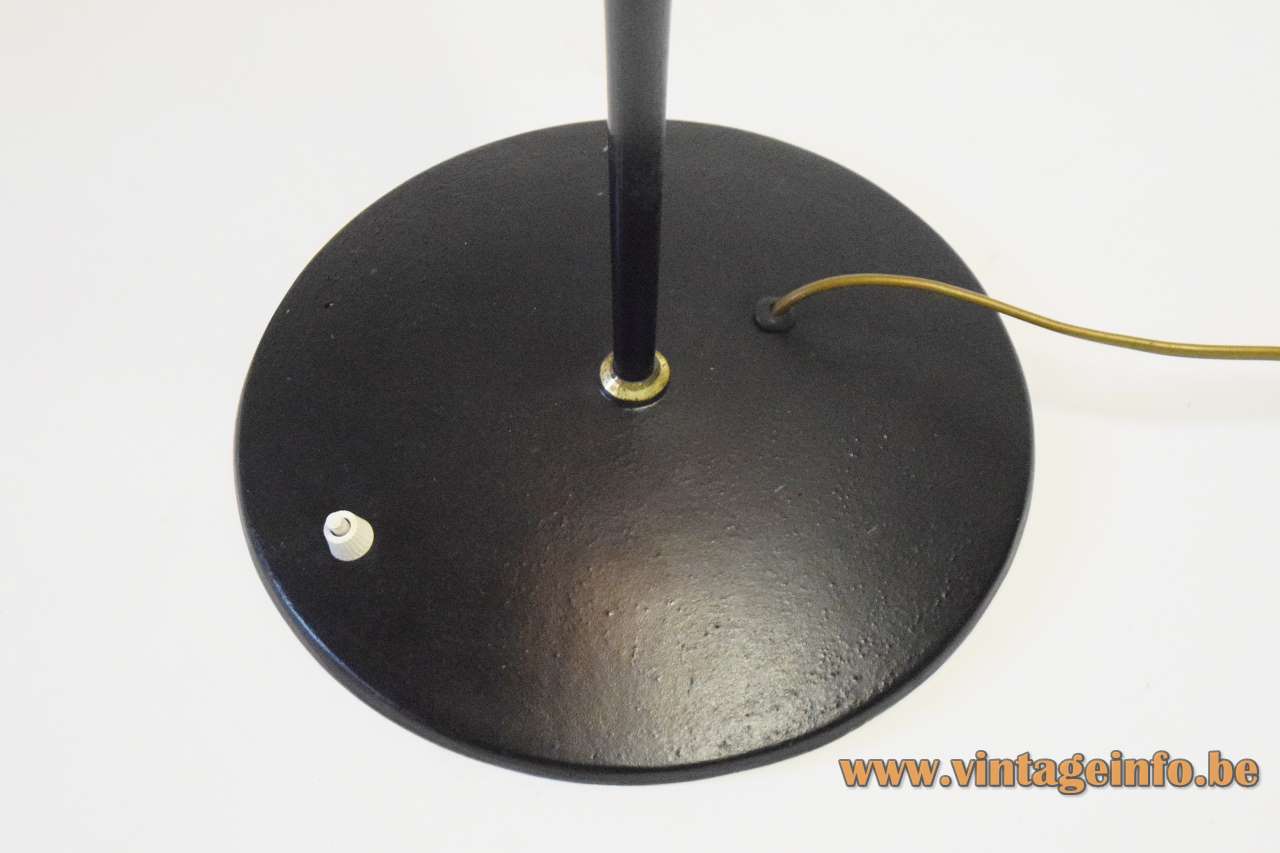 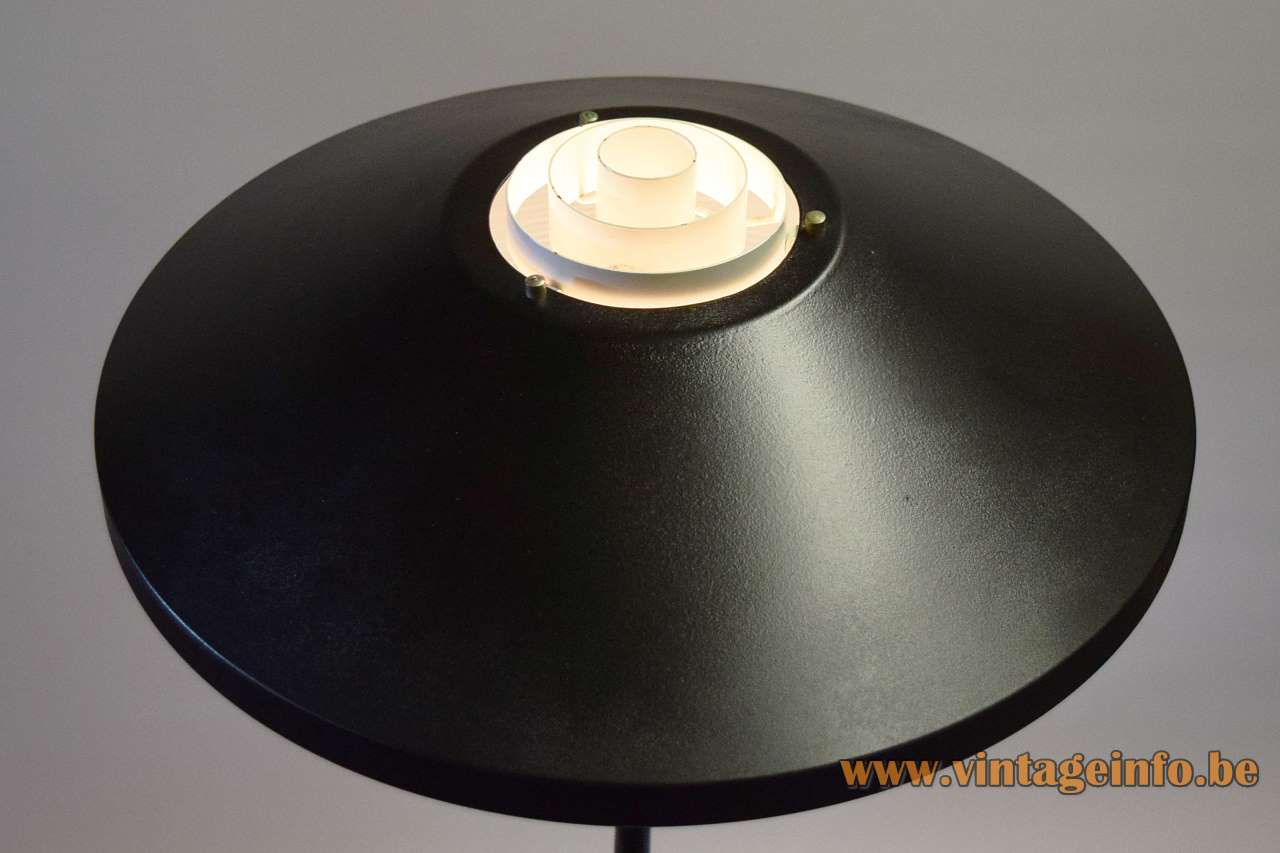 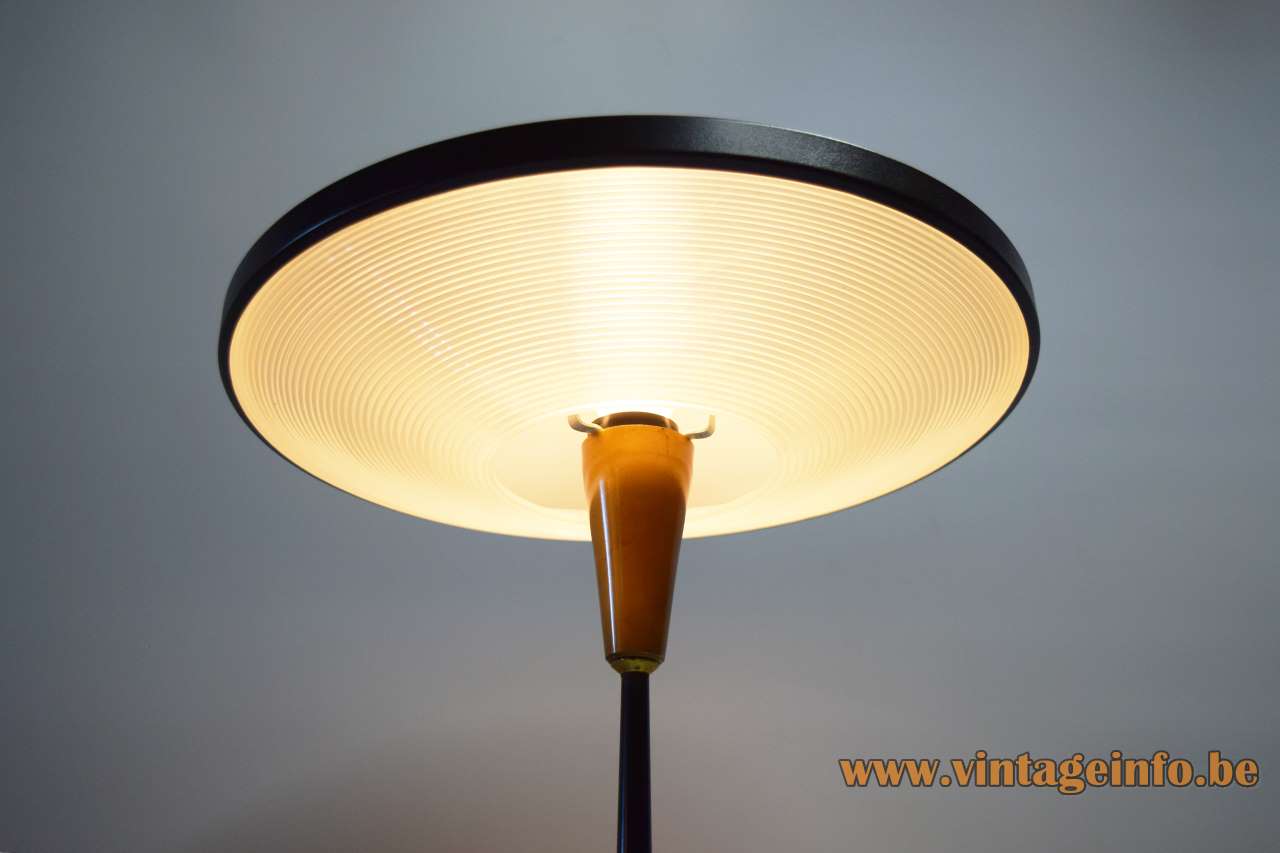 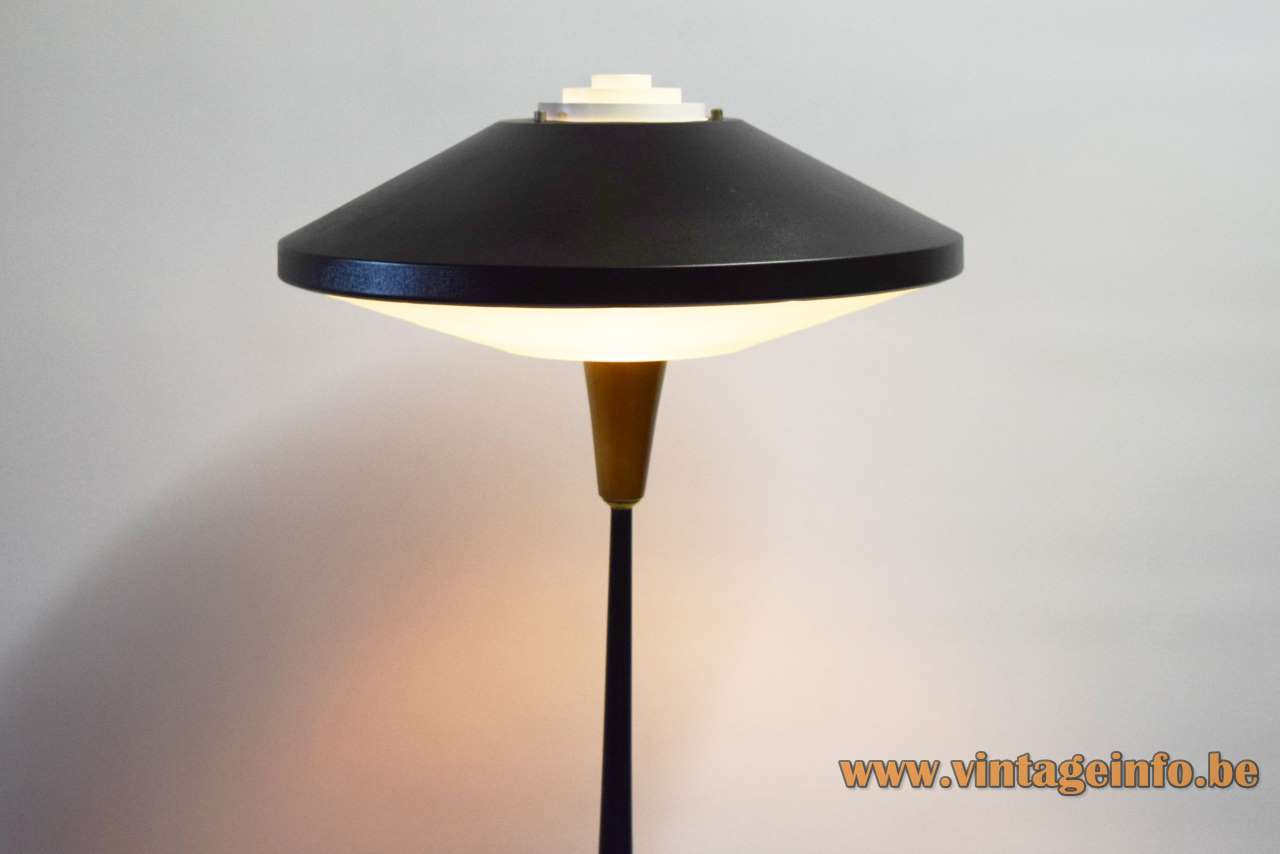 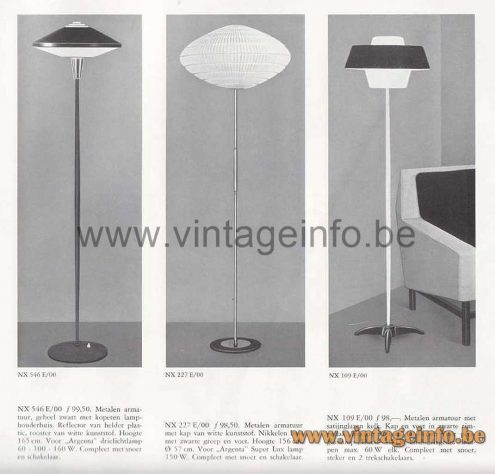 
Other versions: The Louis Kalff NX 546 floor lamp was made in a few variations and various lengths. A slightly longer white version can be found here on Vintageinfo.

In Belgium and France the Philips NX 546 floor lamp was named Marly, according to the 1965 catalogue. Most of the lamps made by Philips were made in Belgium.