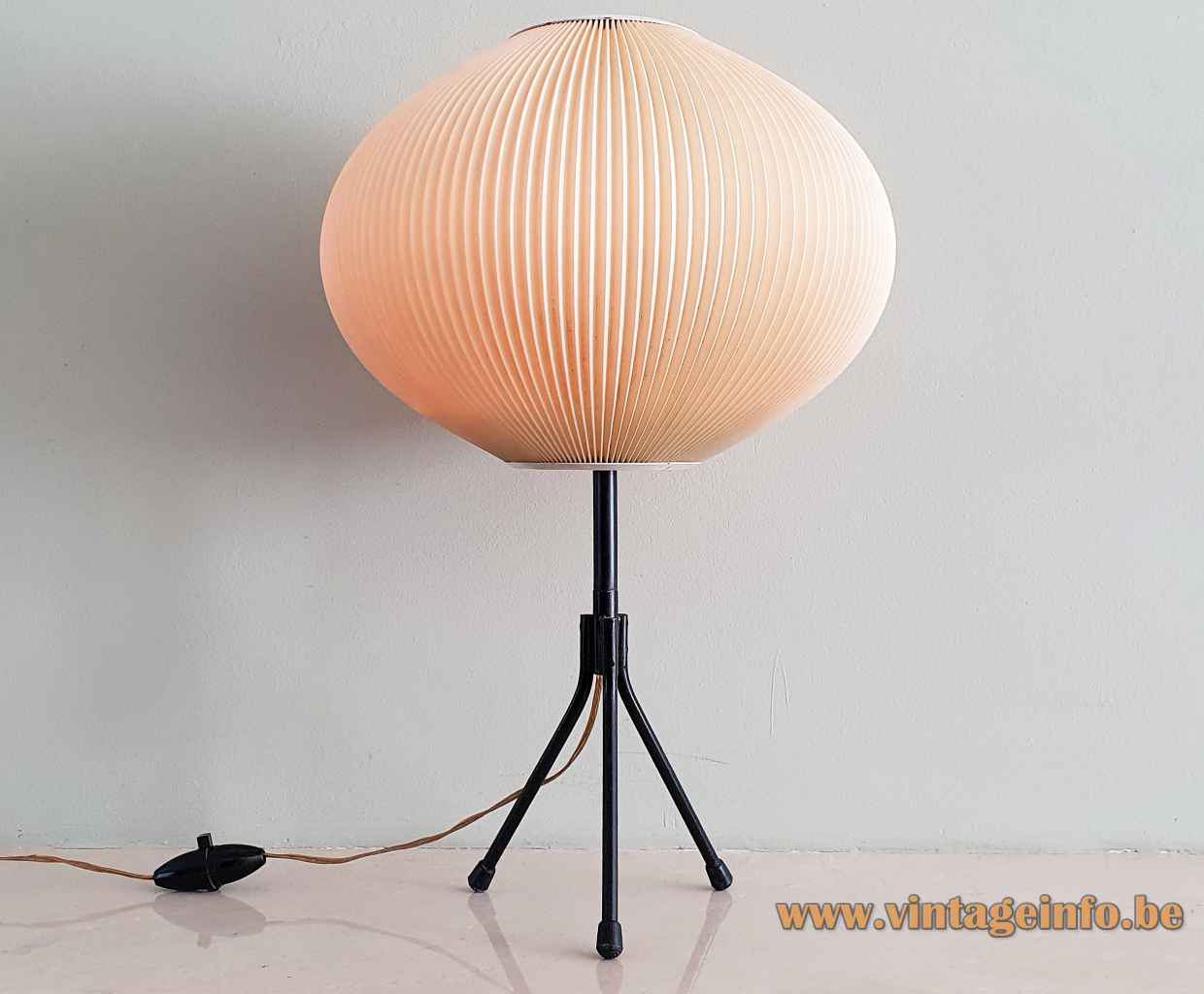 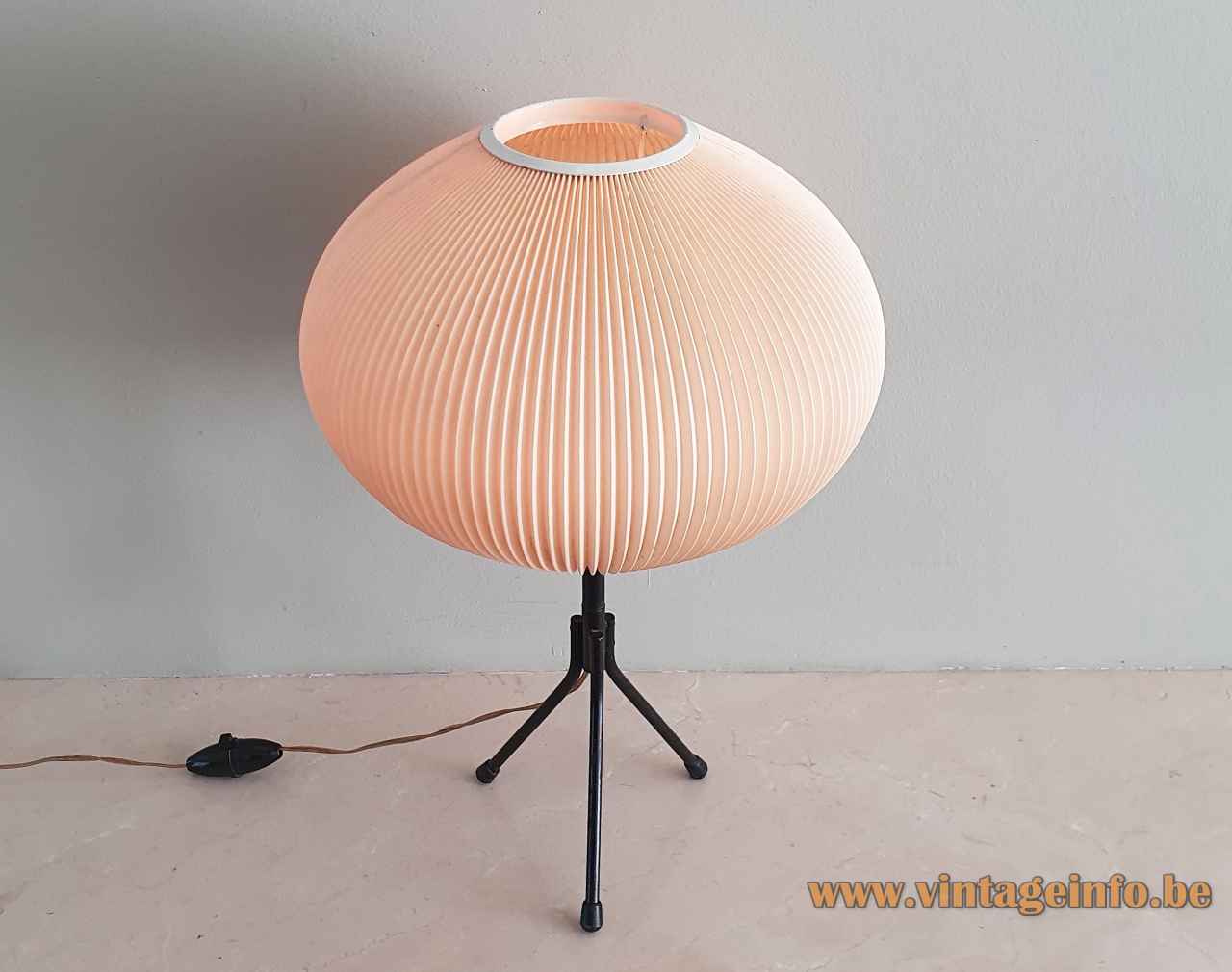 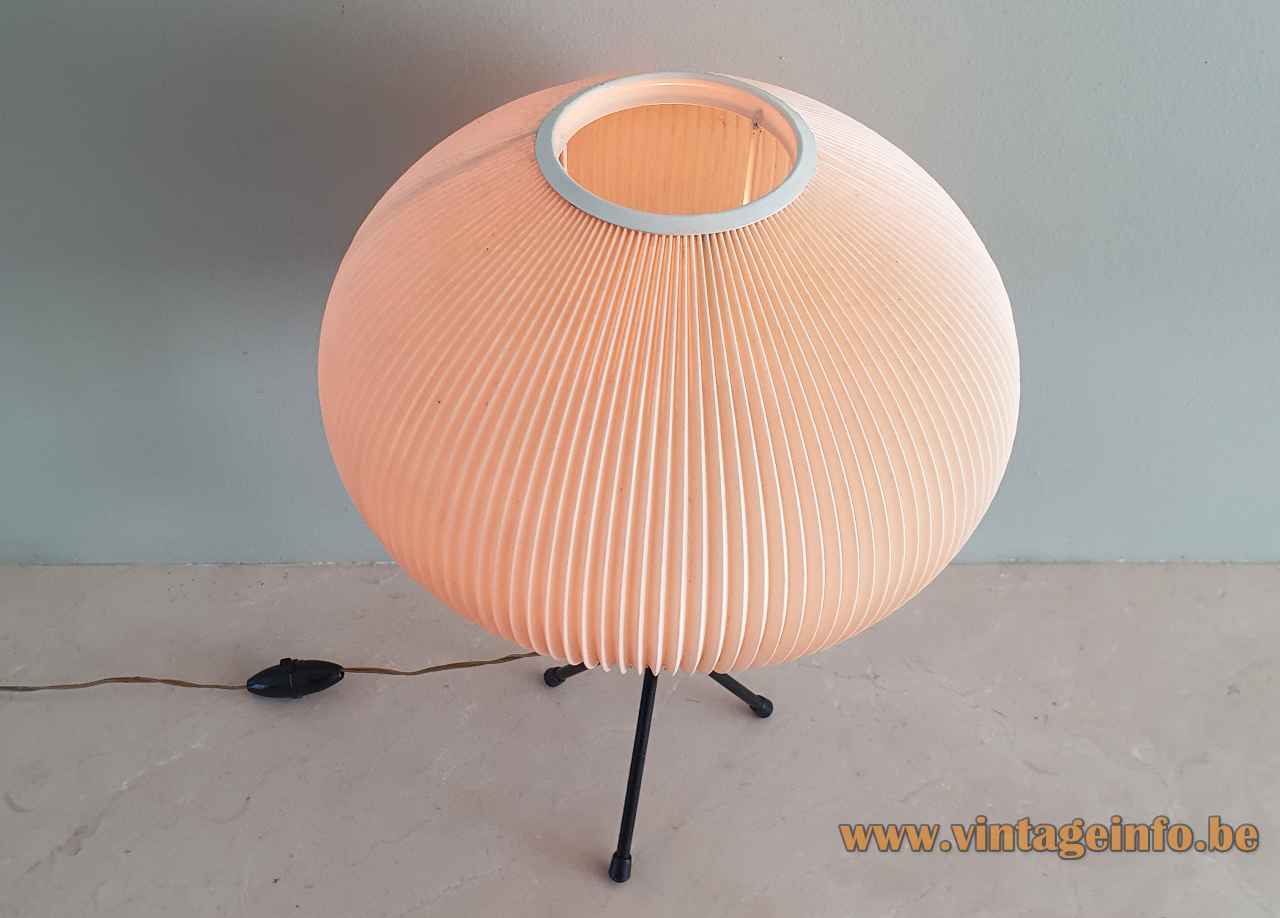 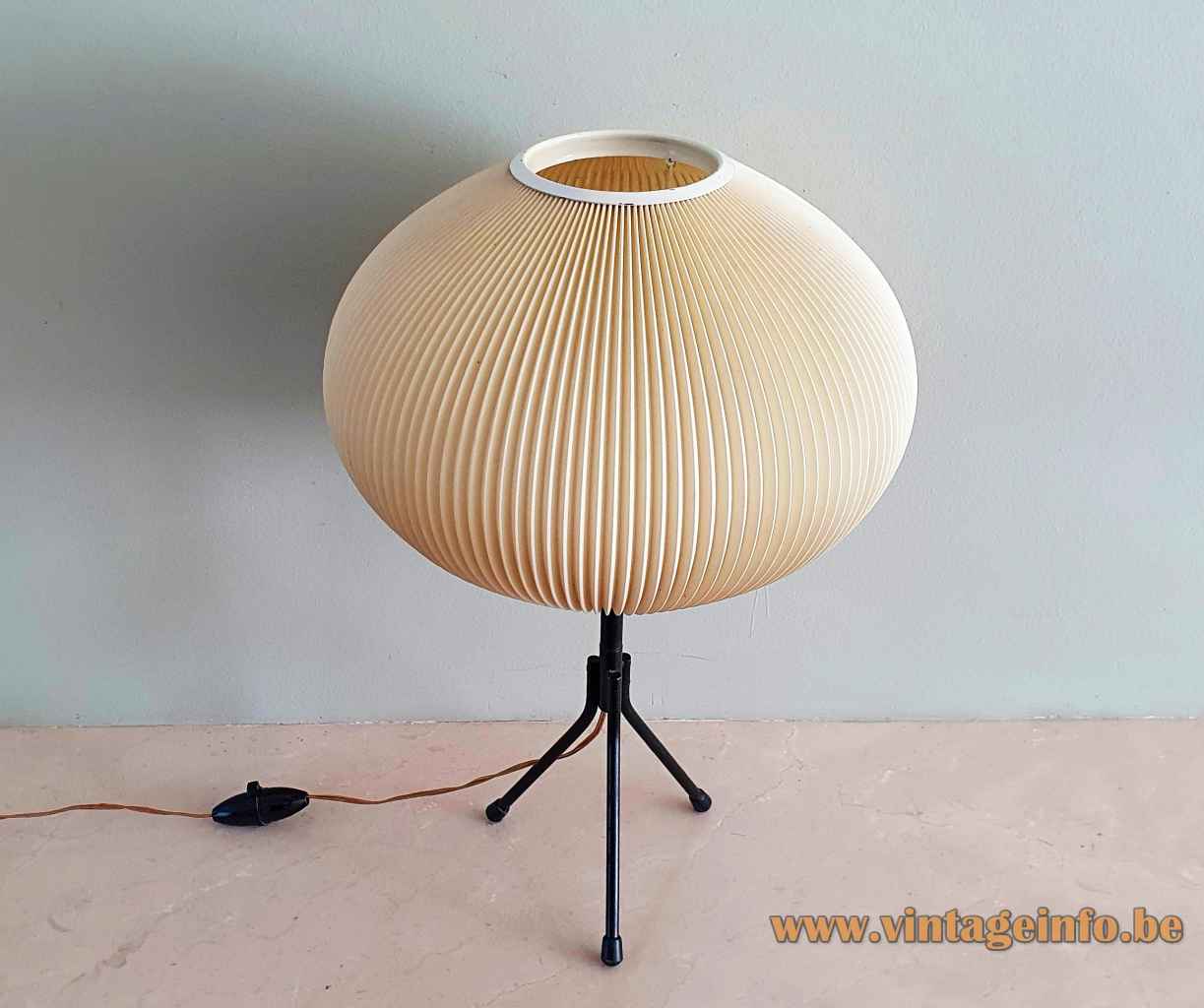 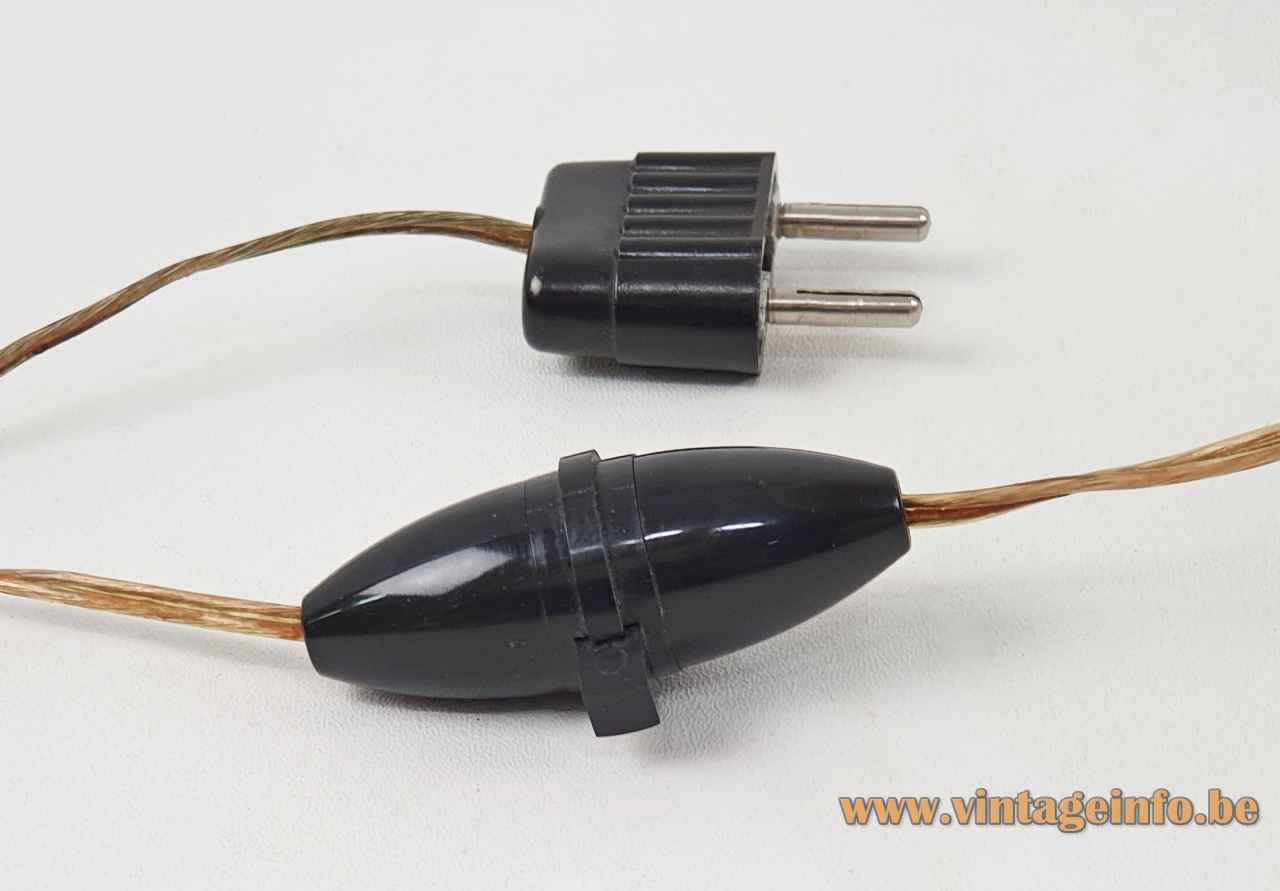 Other versions: This Pearlshade tripod table lamp exists in many variations.

The top part of the Hoyrup lamps was always slightly larger and rounder than the bottom part. In the beginning these lamps were also produced with a wire-frame. The fragile plastic was produced by the German company  Dynamit Nobel from Troisdorf.

The Zicoli Leuchten Zimmermann + CO. GmbH was founded in 1921 in Limbach, Germany. It ended business in 2006. The website was located at Zicoli.de.

Despite the text on their website, Zicoli also sold many lamps produced by others. Almost all the lighting found online was made in the 1970s and 1980s by Massive, Glashütte Limburg and several others. Later in time it is lighting produced in China by anonymous manufacturers, as many companies do.

These pendant lamps are often attributed to the Rispal company from Paris, France. Also Rispal sold similar lamps. They are mostly used to restore the famous “mante-religieuse” praying mantis floor lamp designed and made by Georges Rispal in 1950 and in production since 1952. These shades are very often damaged or lost. These lamps were produced with several different lampshades.