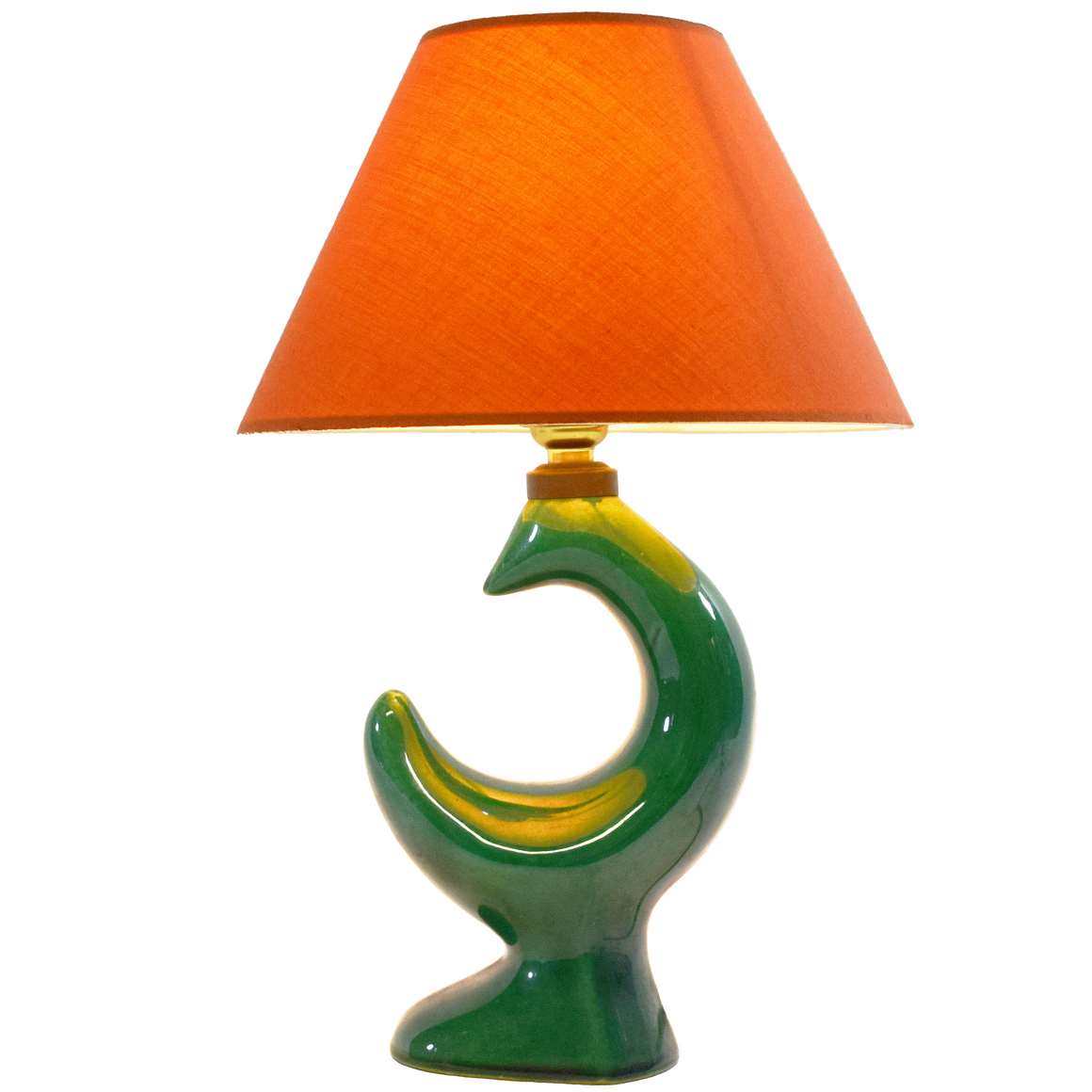 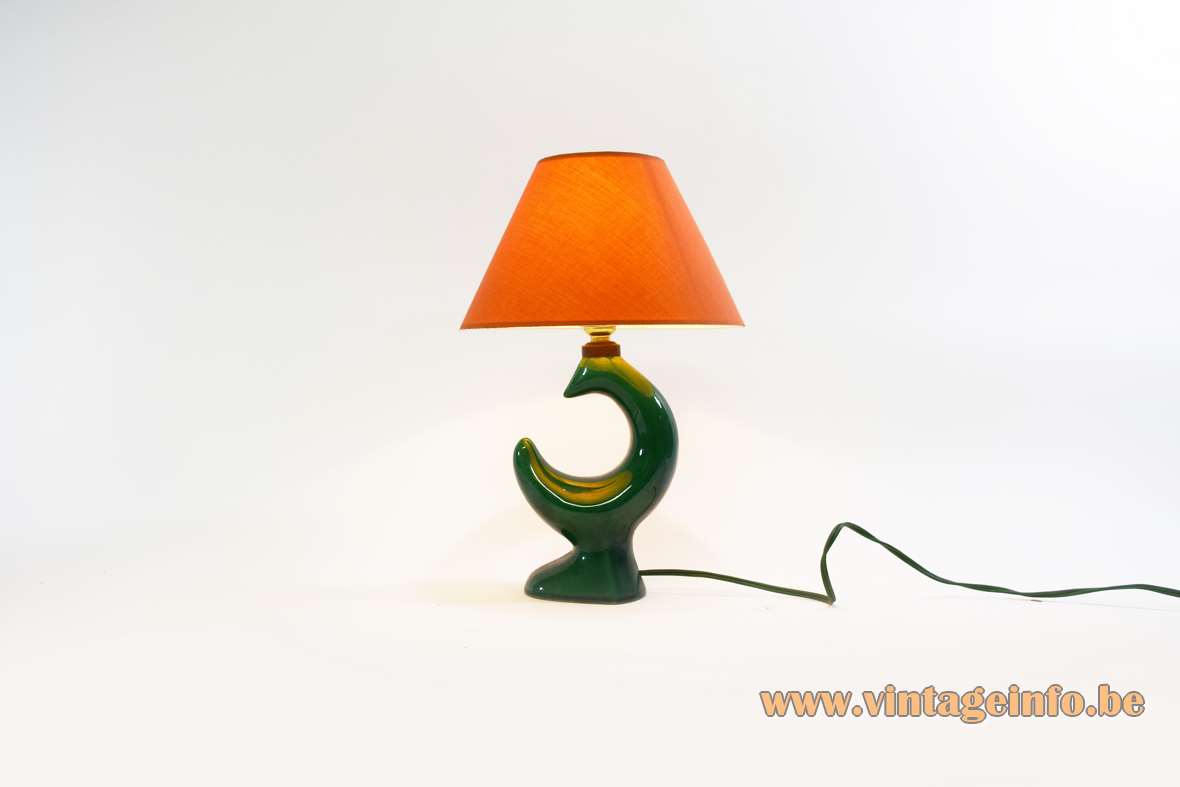 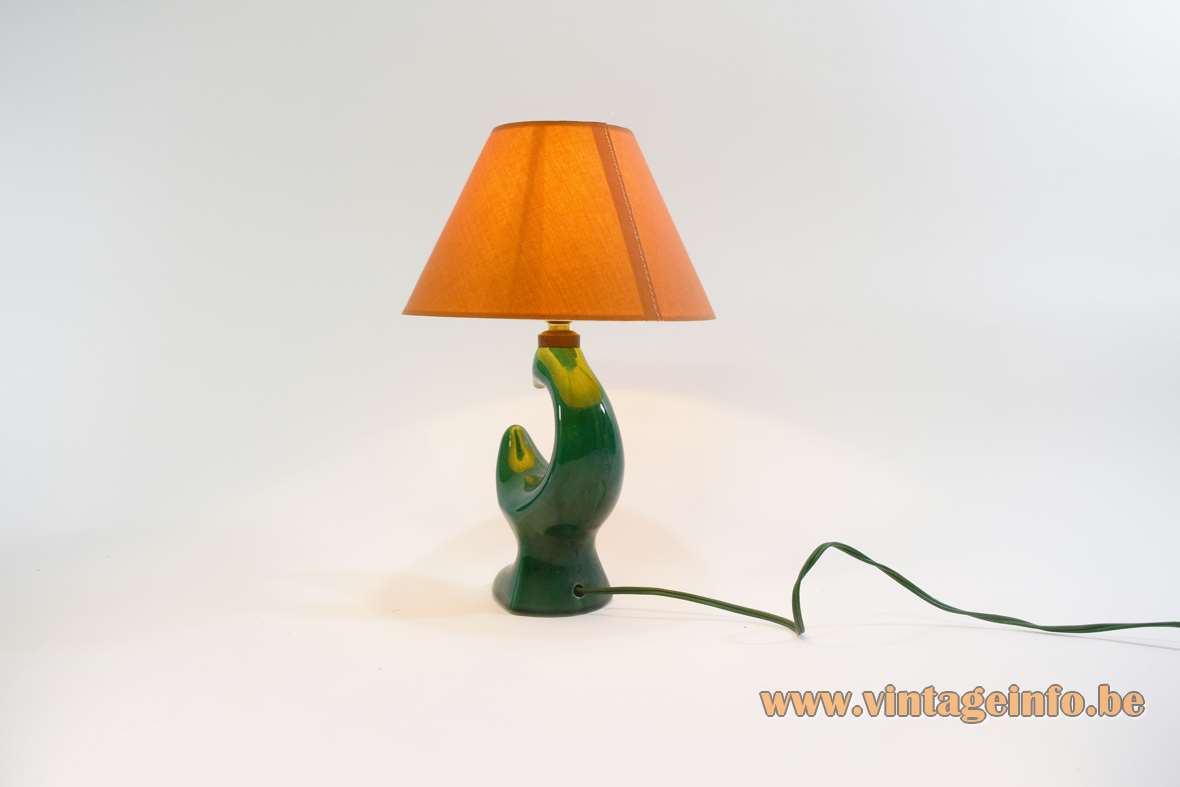 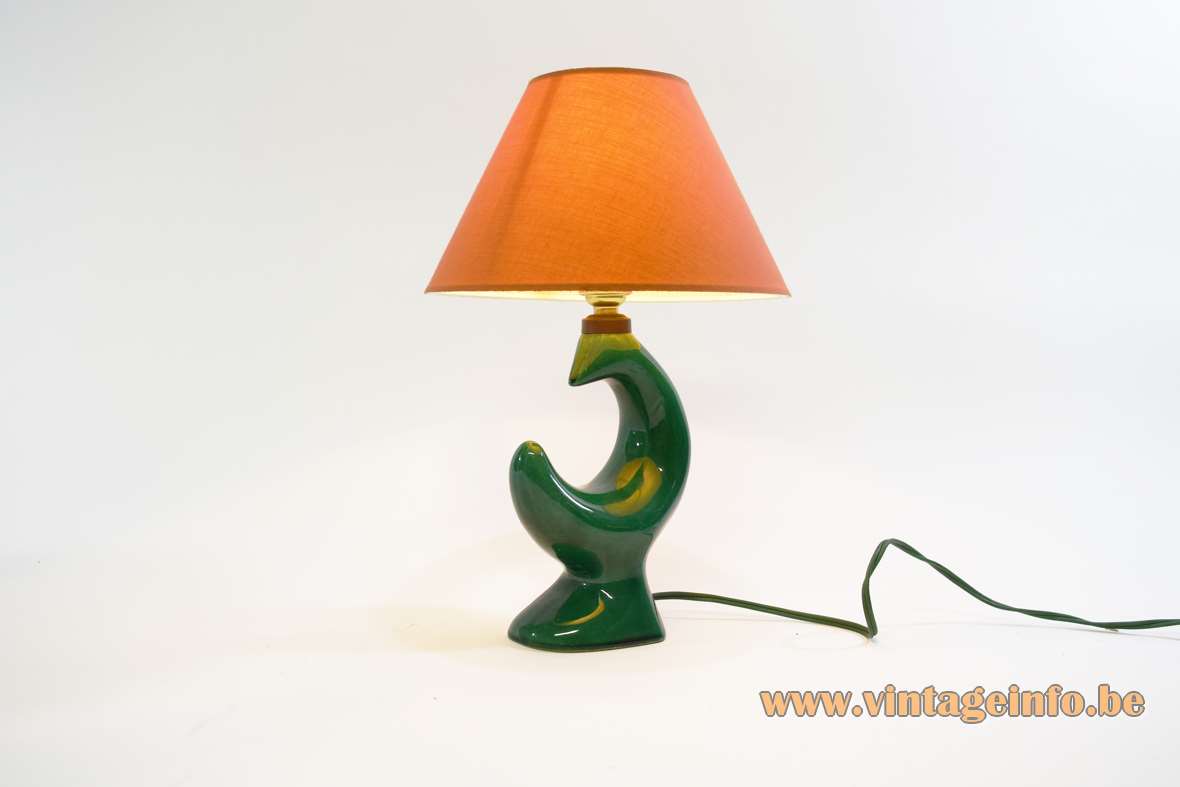 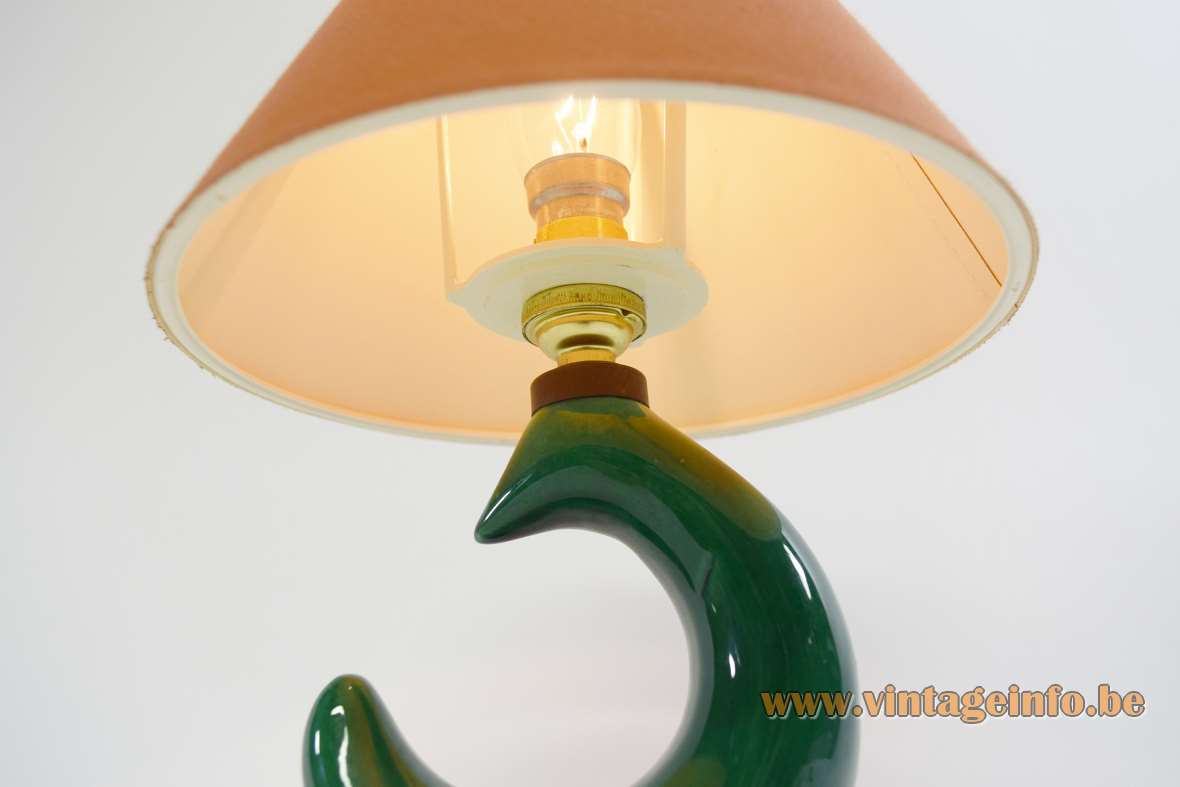 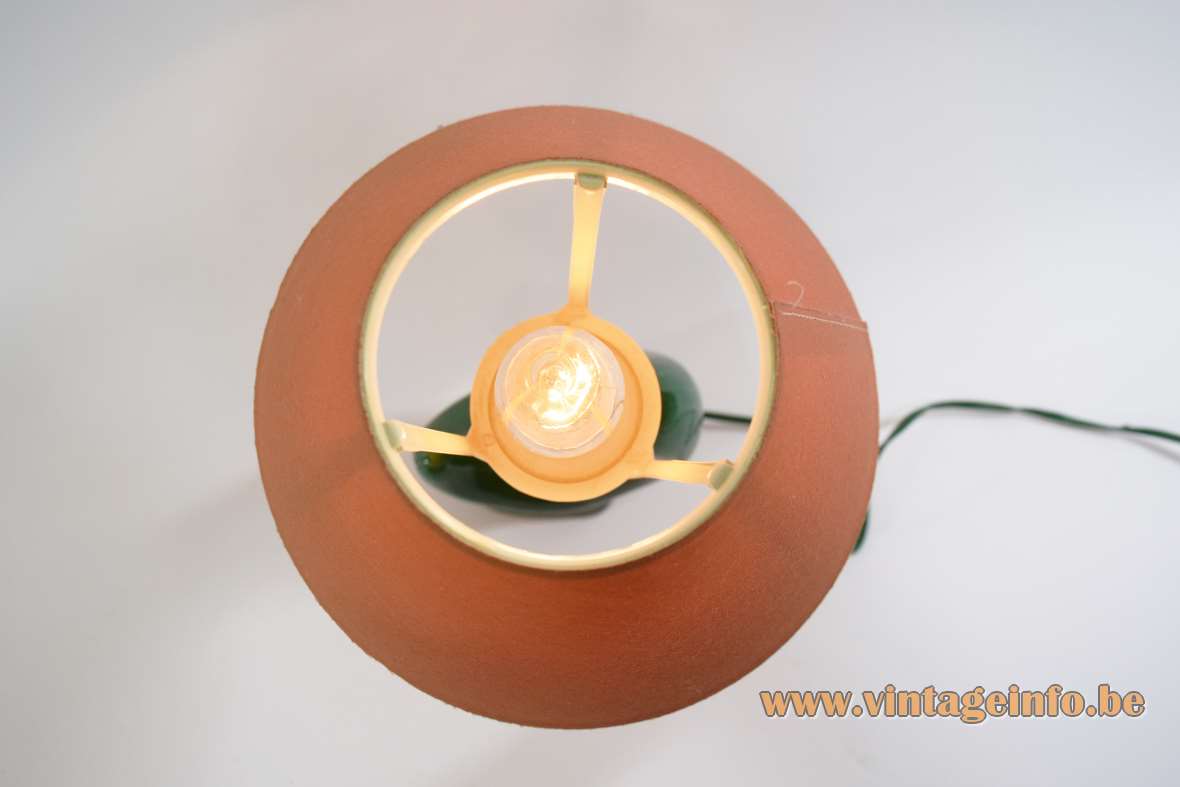 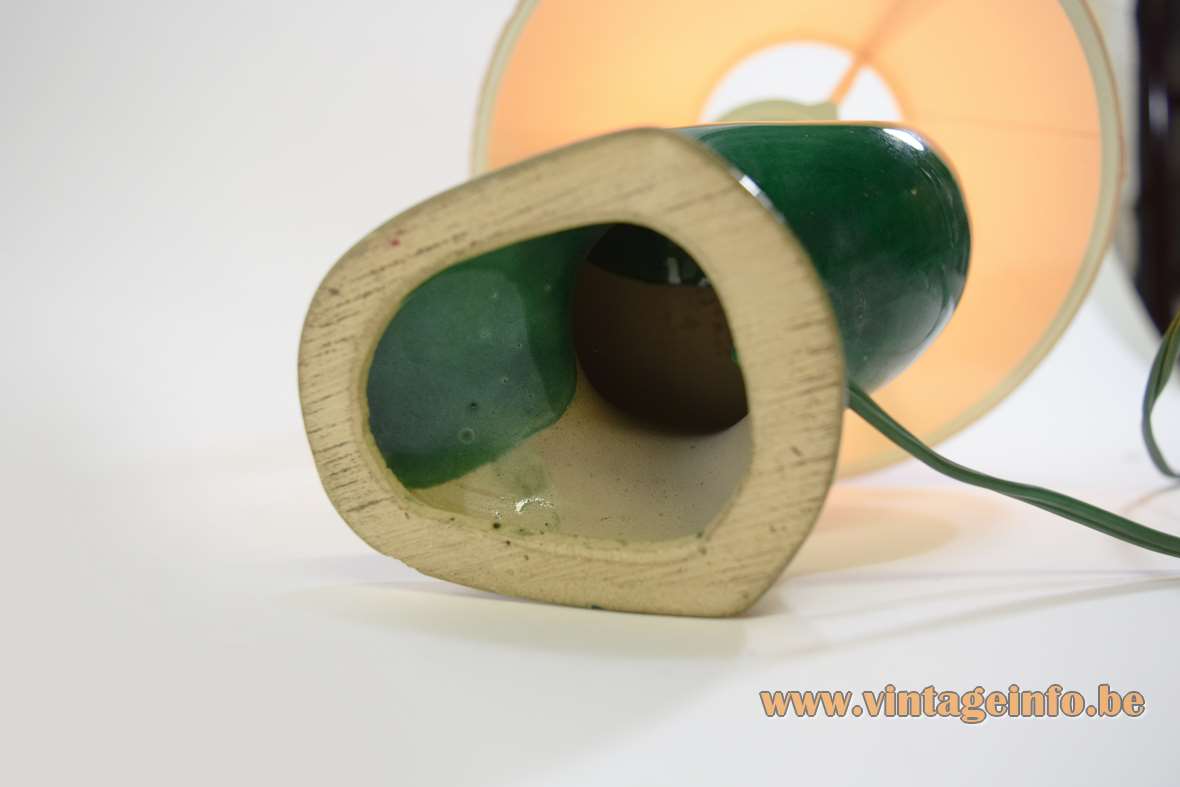 Manufacturer:  To be determined.

Other versions: This Georges Jouve table lamp was made in several variations.

Thanks to the succes of the Georges Jouve designs, many companies copied it in France.

Georges Jouve was born in 1910 in Fontenay-sous-Bois, a commune in the eastern suburbs of Paris. His parents were both decorators.

He studied at the prestigious Ecole Boulle in Paris were he graduated in 1930 as sculptor. He attended in 1931 the Académie de la Grande Chaumière and the Académie Julian, both in Paris.

Georges Jouve started his artistic career as a theatrical set designer. During World War II, Jouve was interned by the Germans in a concentration camp. Eventually, after several attempts, he escaped to seek refuge in Nyons, near Dieulefit in Drôme, in the south of France.

Here Jouve began to work with clay. He became very passionate about pottery, which became a vocation in its own right. From 1942 to 1944, he made pieces, baked and enameled, whose forms were inspired by nature.

In 1944, Georges Jouve and his family moved back to Paris. He set up his studio in the Rue de la Tomb-Issoire, where he worked for 9 years. It is at this time that he starts using a deep black enamel that resembles the “buccero nero” from 600 BC and which was used by the Etruscans.

Capturing the vibrations of the light, his pottery gives the illusion of black metal or slate. Georges Jouve also uses richer enamels as you can see with this lamp.

He worked diligently and soon began to show pieces on exhibitions both inside (Salon des Artistes Decorateurs in Paris) and outside France, particularly in Barcelona, Cairo, Milan, Munich, Rio de Janeiro, Rome, Toronto, Washington and Zurich.

He left Paris in 1954 to live in Aix-en-Provence, where he continued to work until his death in 1964.

The lampshade of this lamp is replaced. The beautiful green wire with the green switch and Bakelite plug is original. It was acquired at the Brocante de la rue de Bretagne in Paris in May 2012.

Other companies in France and Europe copied or made similar lamps. Verceram from France was one of those firms, but they produced mostly multi coloured ceramics often glazed in black and white, brown and red or red and white. 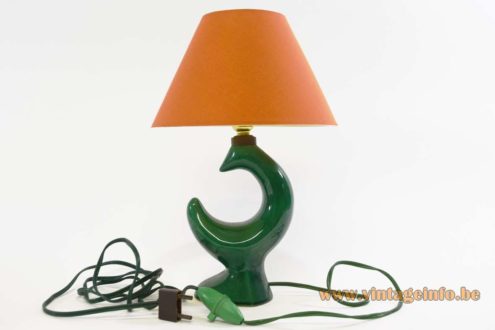