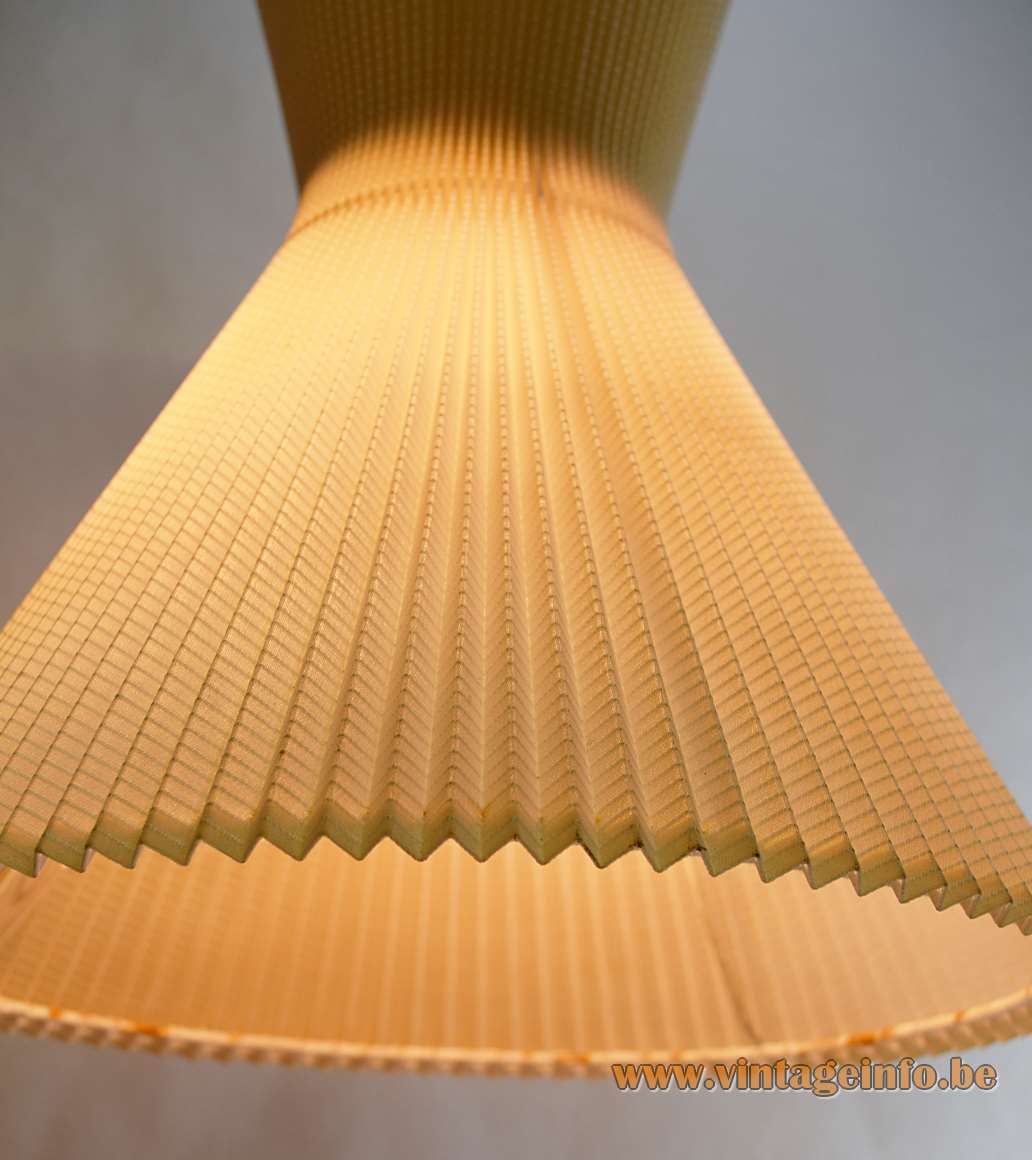 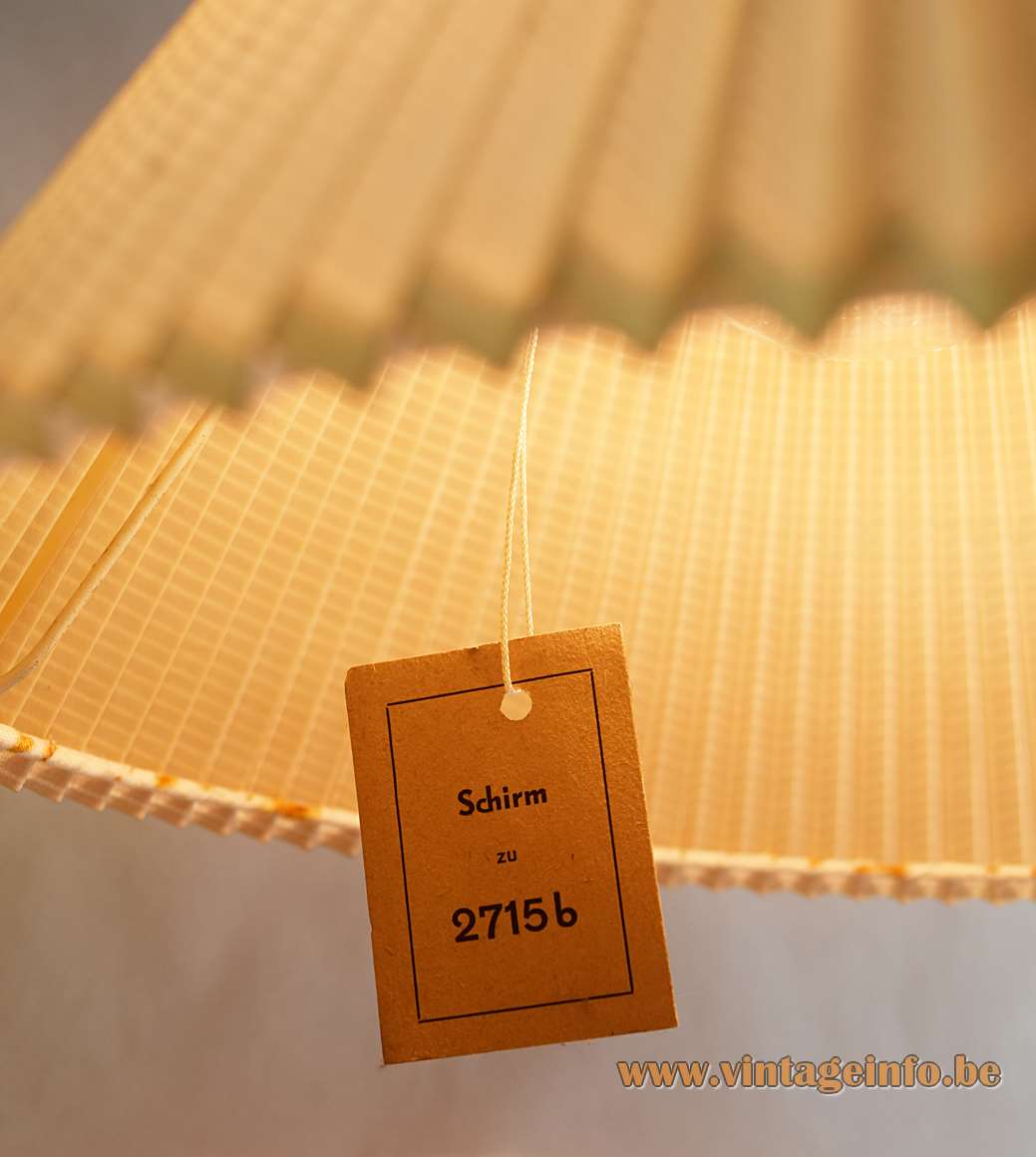 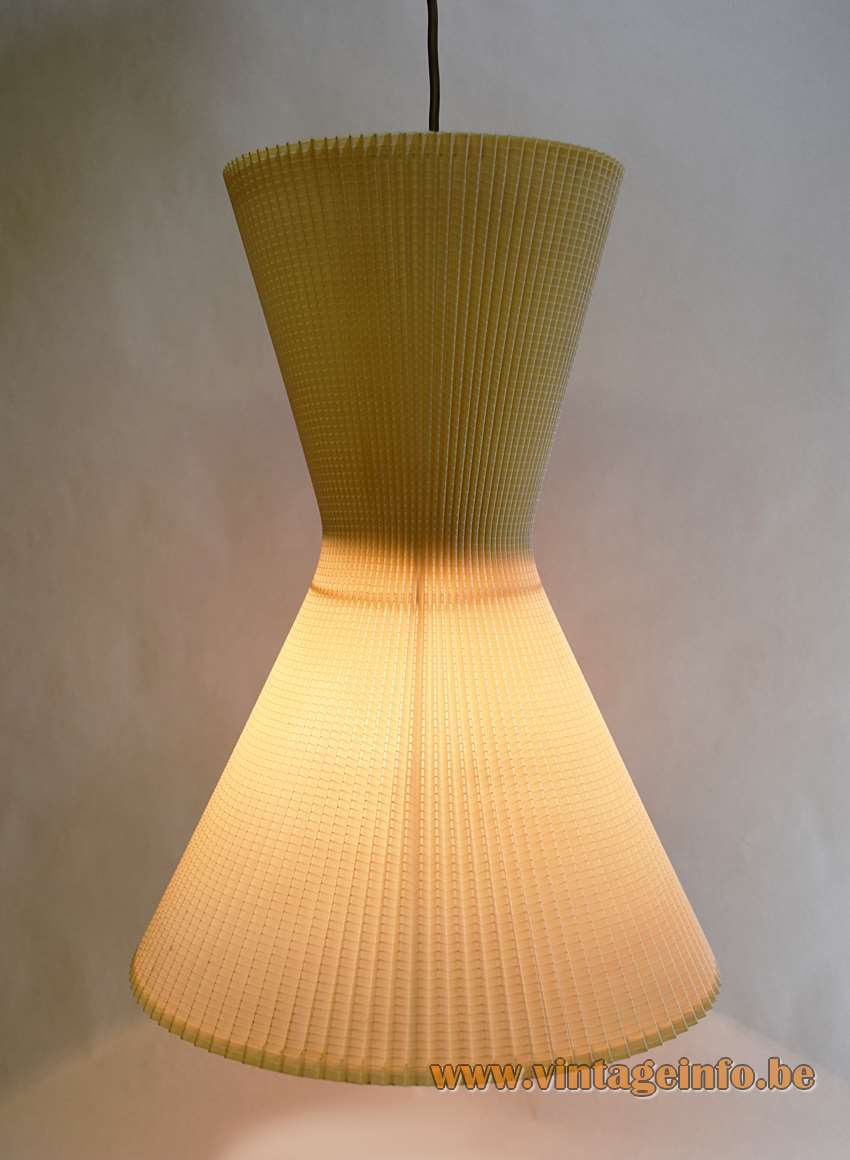 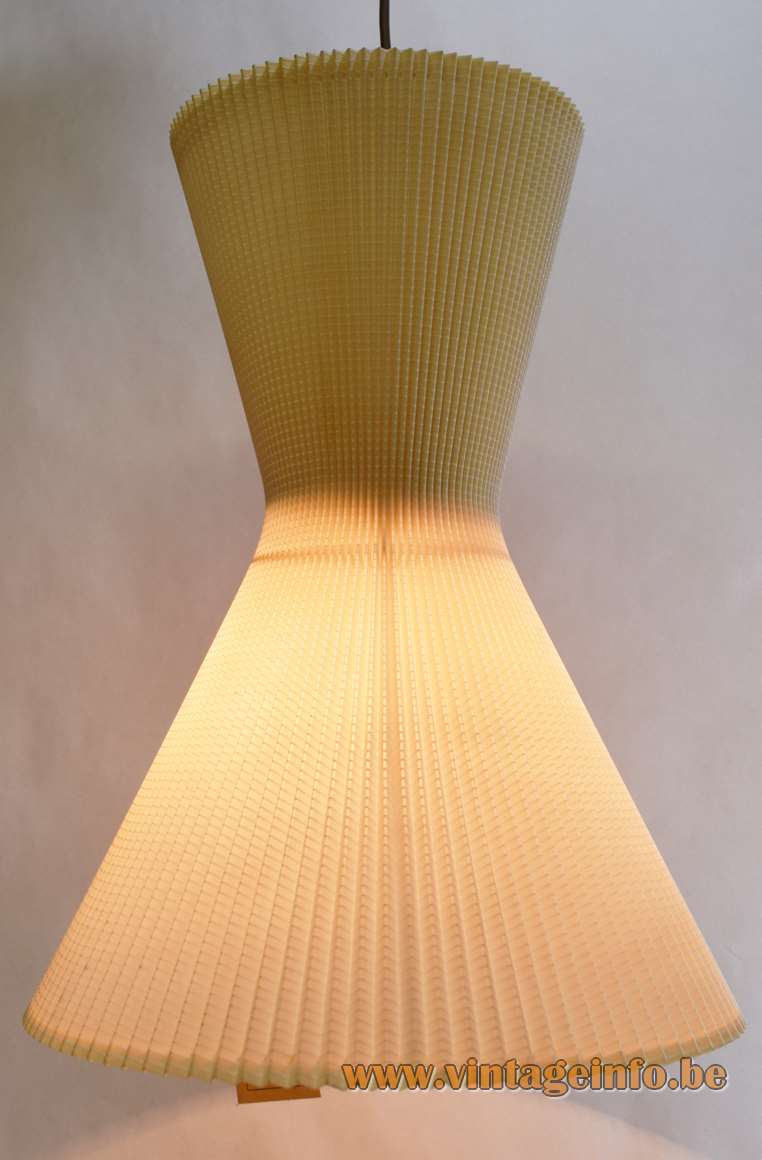 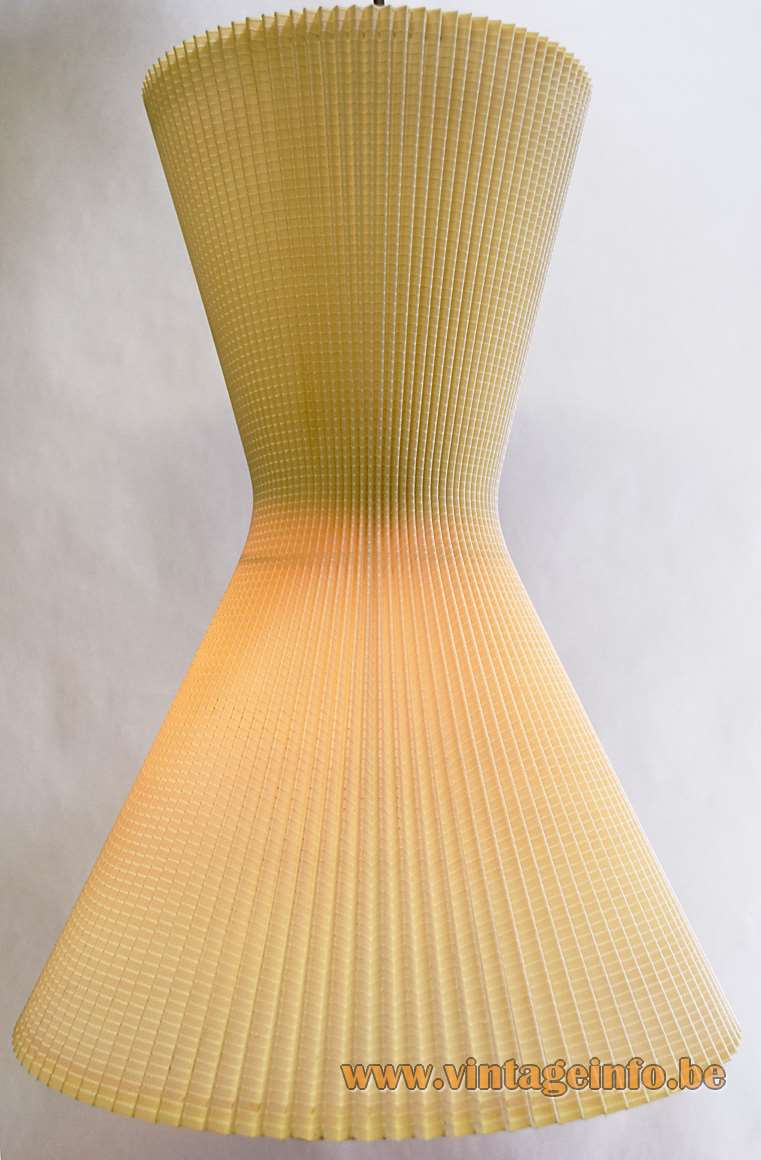 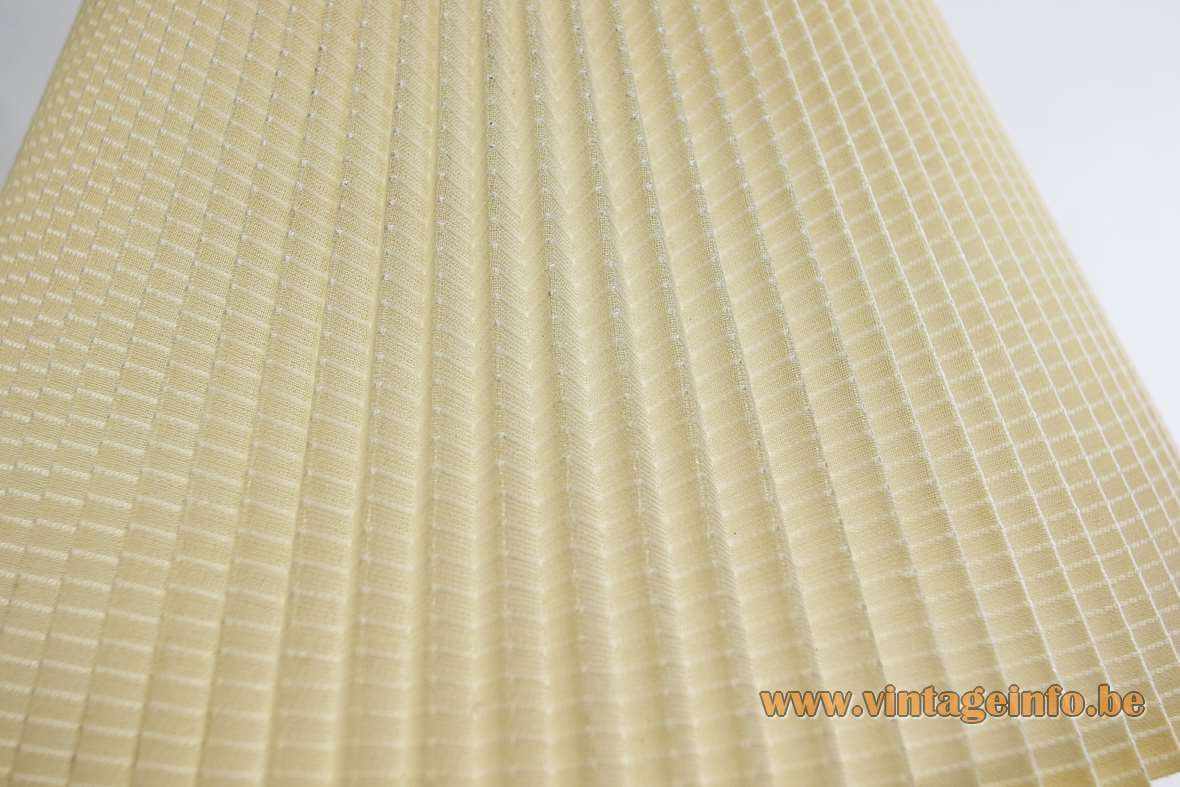 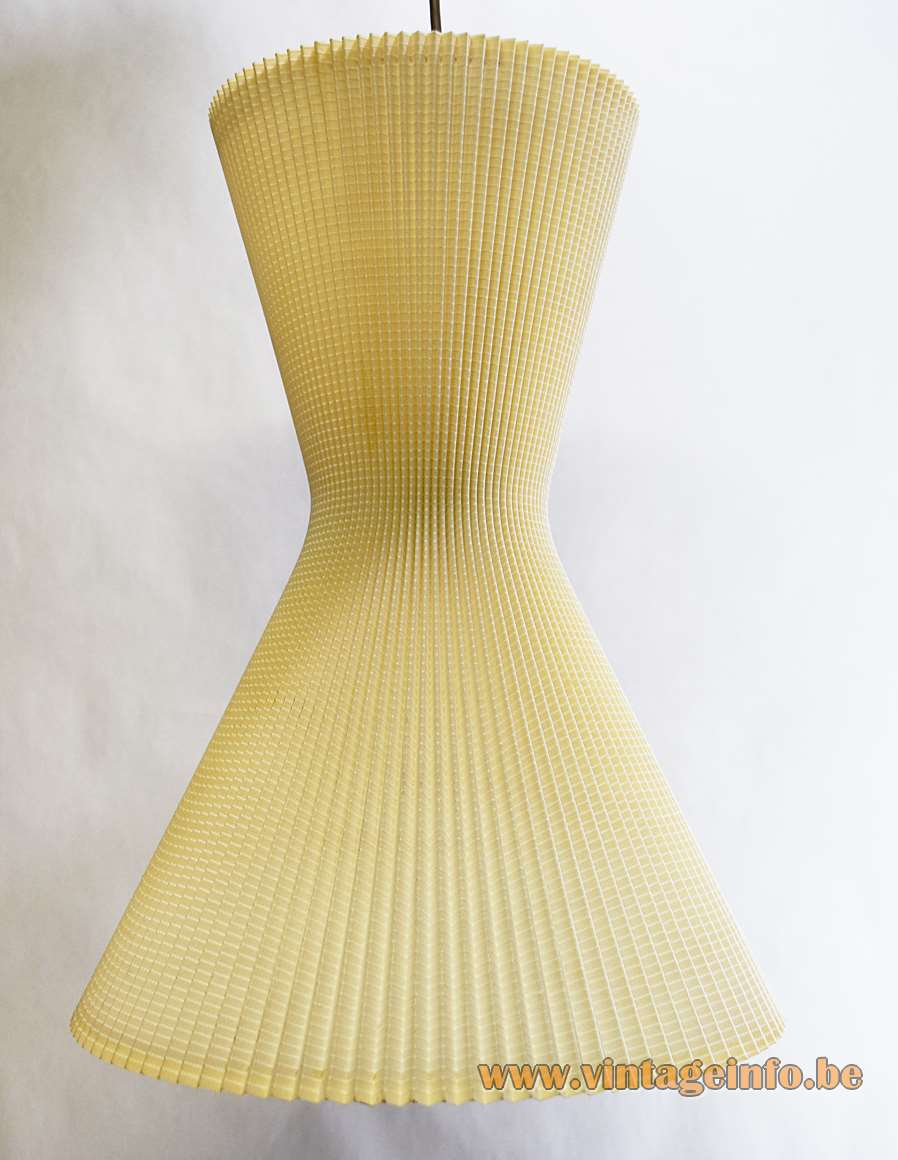 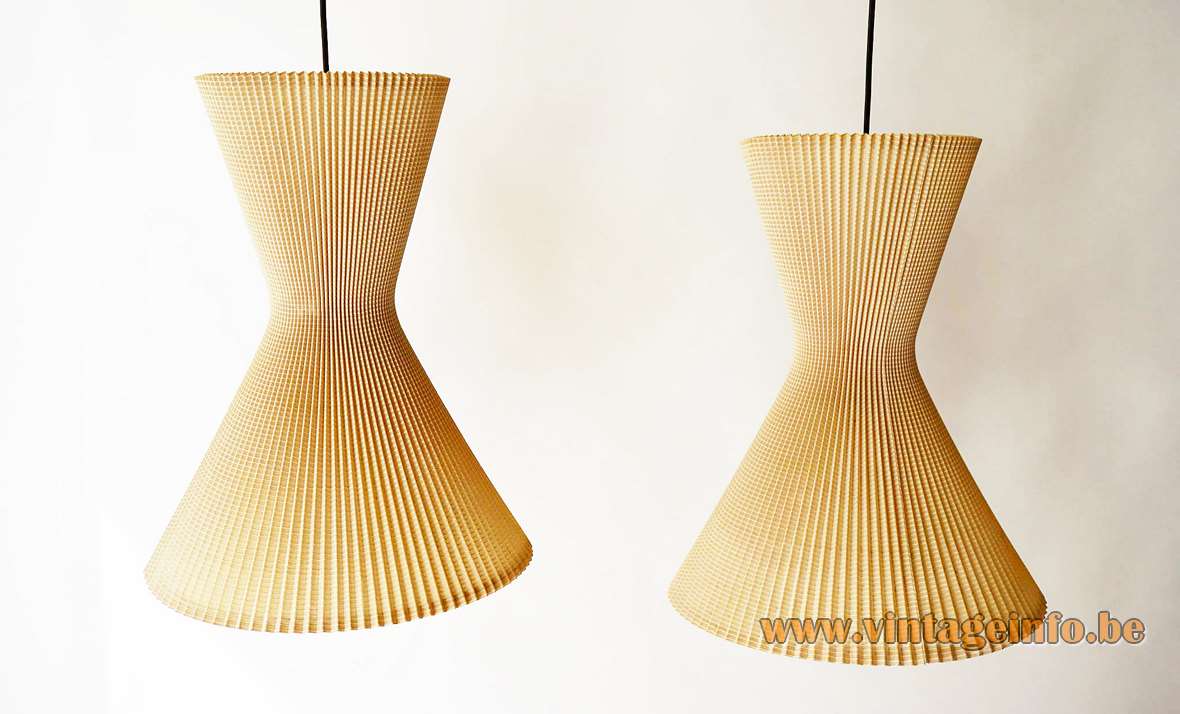 Other versions: Unknown, but probably this diabolo pendant lamp exists in several versions as this one has the number 2715 B on the paper label. There should also be a 2715 A.

Folded “plissee” cuff fabric was made famous by French light-designer Georges Léon Rispal. But the origin is to be found much earlier. For instance, flower pot decorations in the 1930s were similar, but were made from celluloid (Rhodoïd). Today made in plastic.

German diabolo ceiling lamp made of steel wire and cotton in the style of the lamps designed by the French designers Le Corbusier, Pierre Guariche, René Mathieu…

Lamps in this type of fabric are often attributed to Rispal, but in fact every lamp producer made them because they were immense popular in the 1950s and 1960s. Most of these lamps are made in celluloid (rhodoïd), some type of plastic.

These 4 big lamps came out of the attic of a lighting shop near Bruges, Belgium and were never used. Made in Germany, as you can see on the label that’s still hanging inside these lamps. 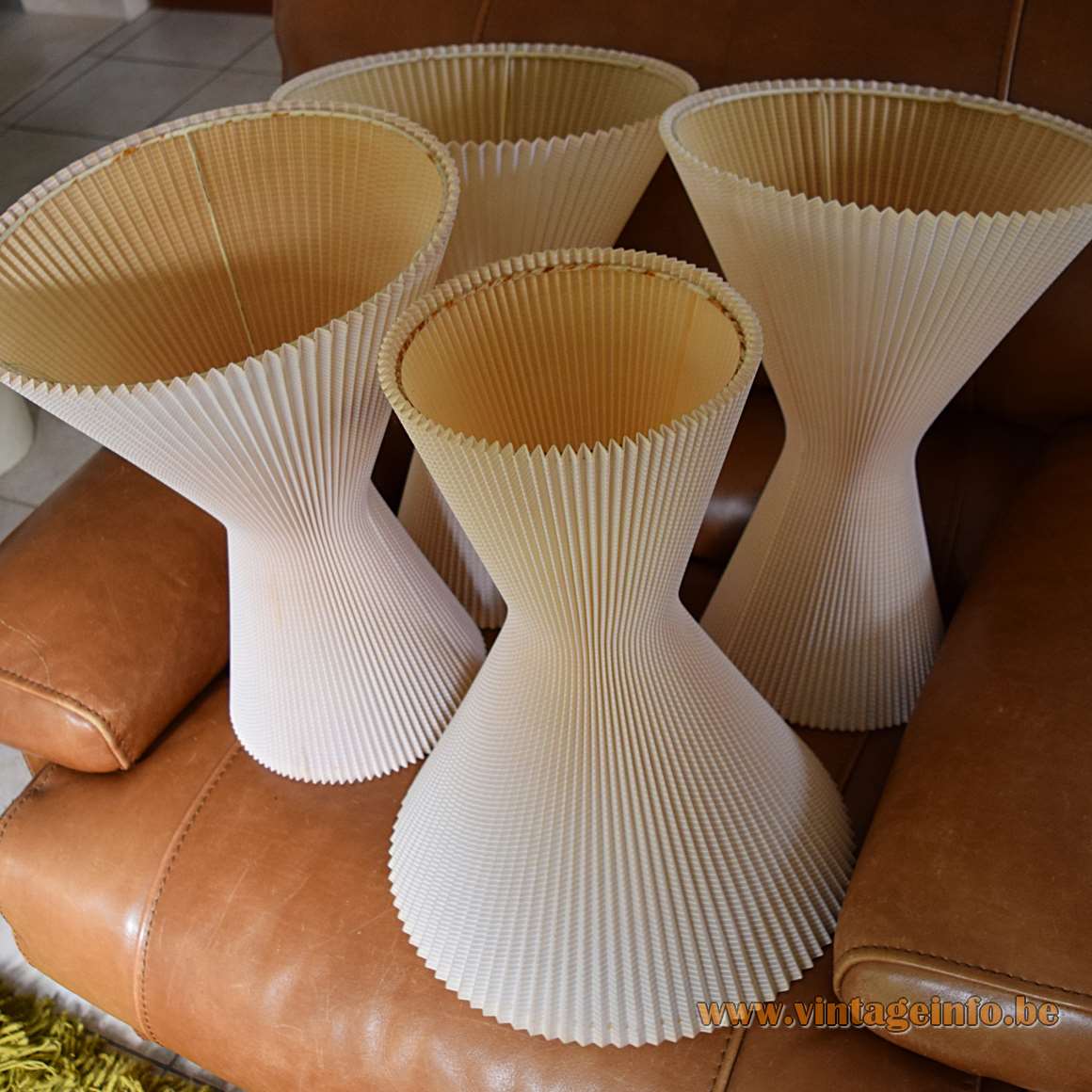